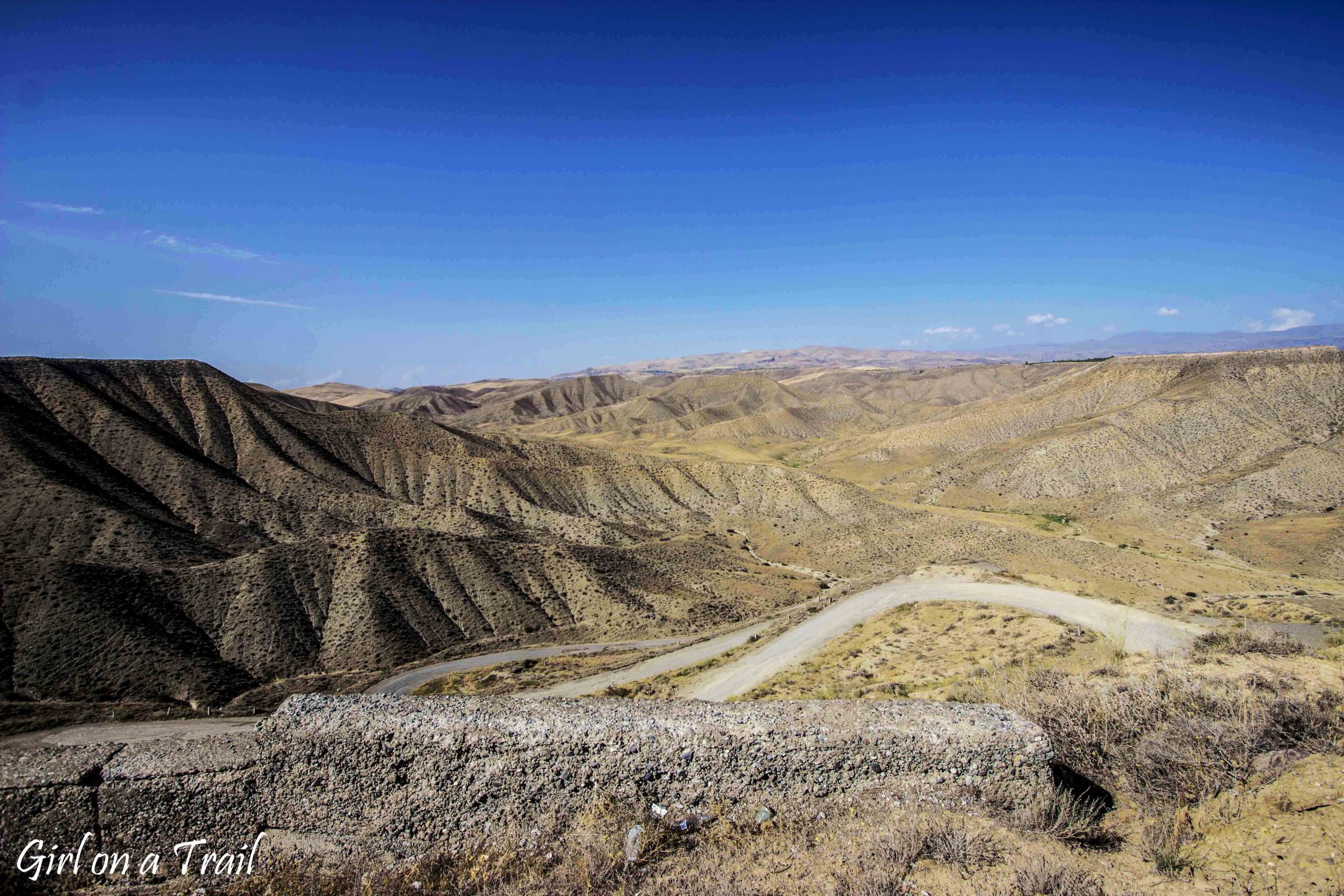 The next destination in Armenia, just after the Armenian Stonhenge (which I wrote about in the first part) was Monastyr Tatev. As we’re getting closer and closer, the road became more and more winding and mountainous. On the other hand, visibility decreased with every meter covered, actually directly proportional to the disappearing asphalt on the road. Aside from the fact that we were heading to the most popular monastery in Armenia, it looked like it was one of those places in the middle of nowhere. Tatev Monastery is mainly famous for its spectacular location in the Vorotan Canyon. The initial plan included a ride to the site by one of the longest ropeway (Wings of Tatev), reaching almost 6 kilometers, unfortunately without any visibility, it didn’t make any sense. Personally, I hoped to see even Gavazan’s Column on the spot. The column had been created almost a thousand years before the modern seismograph was developed. It’s made of a pillar placed on a rotary basis. In case of earthquake, it tilts. Unfortunately, the fog in place distorted my perception so that I wouldn’t even notice the earthquake. 😉 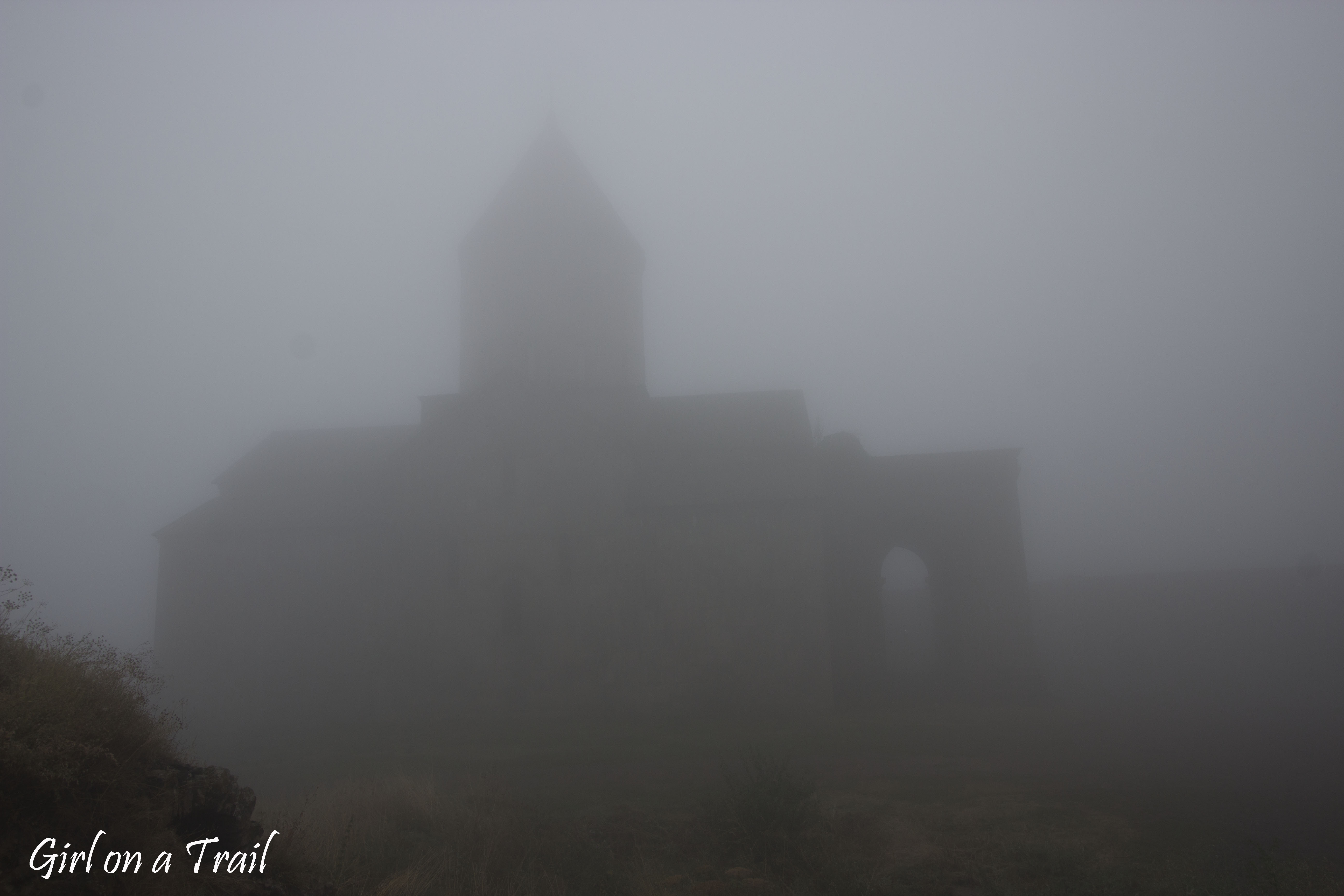 Undaunted, we decided to continue our route to Monastyr Noravank. As the height decreased, so did the fog. Even though we were away from any civilization, more cars could be seen on the road. 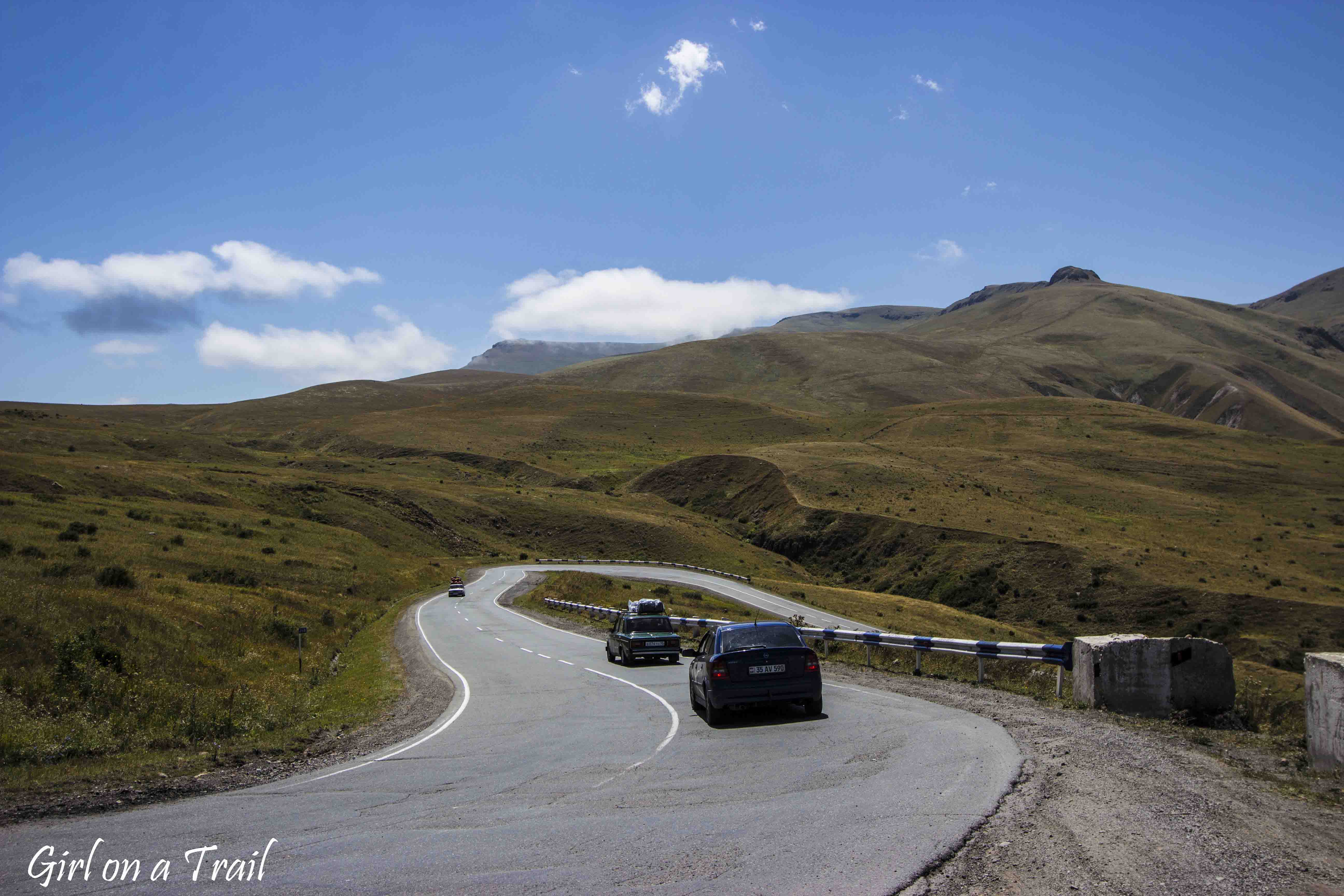 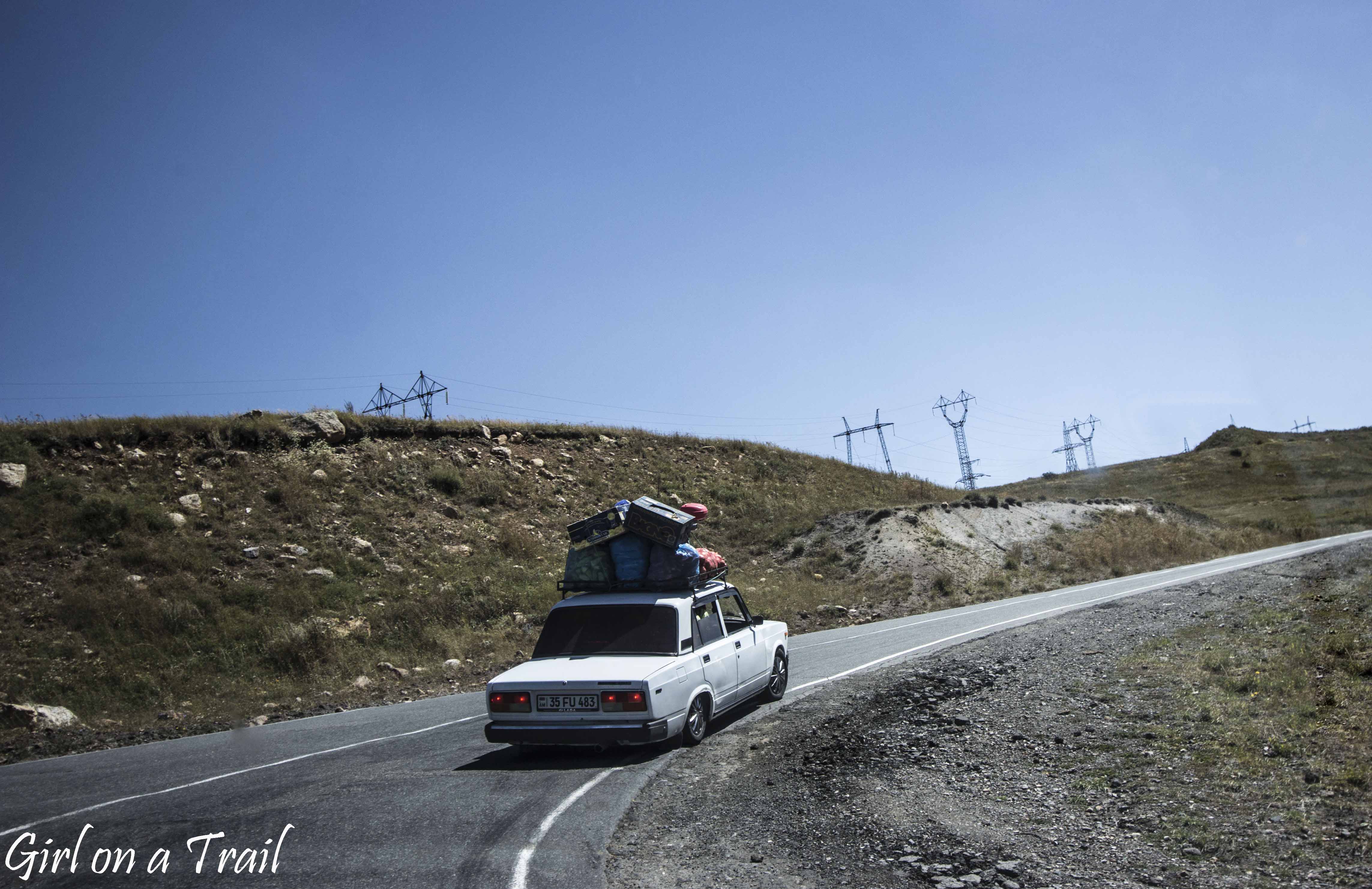 Amazing landscapes accompanied us to Noravank Monastery. I have to admit, the monastery itself is quite impressive. Not to mention its sacred value, I must say that its camouflage impressed me the most 😉. Monastery is located on a hill, and its bright color merges with the colors of the surrounding rocks. Meanwhile, the viewing terrace adjacent to the monastery offers a beautiful view of the Egheknadzor Plain. 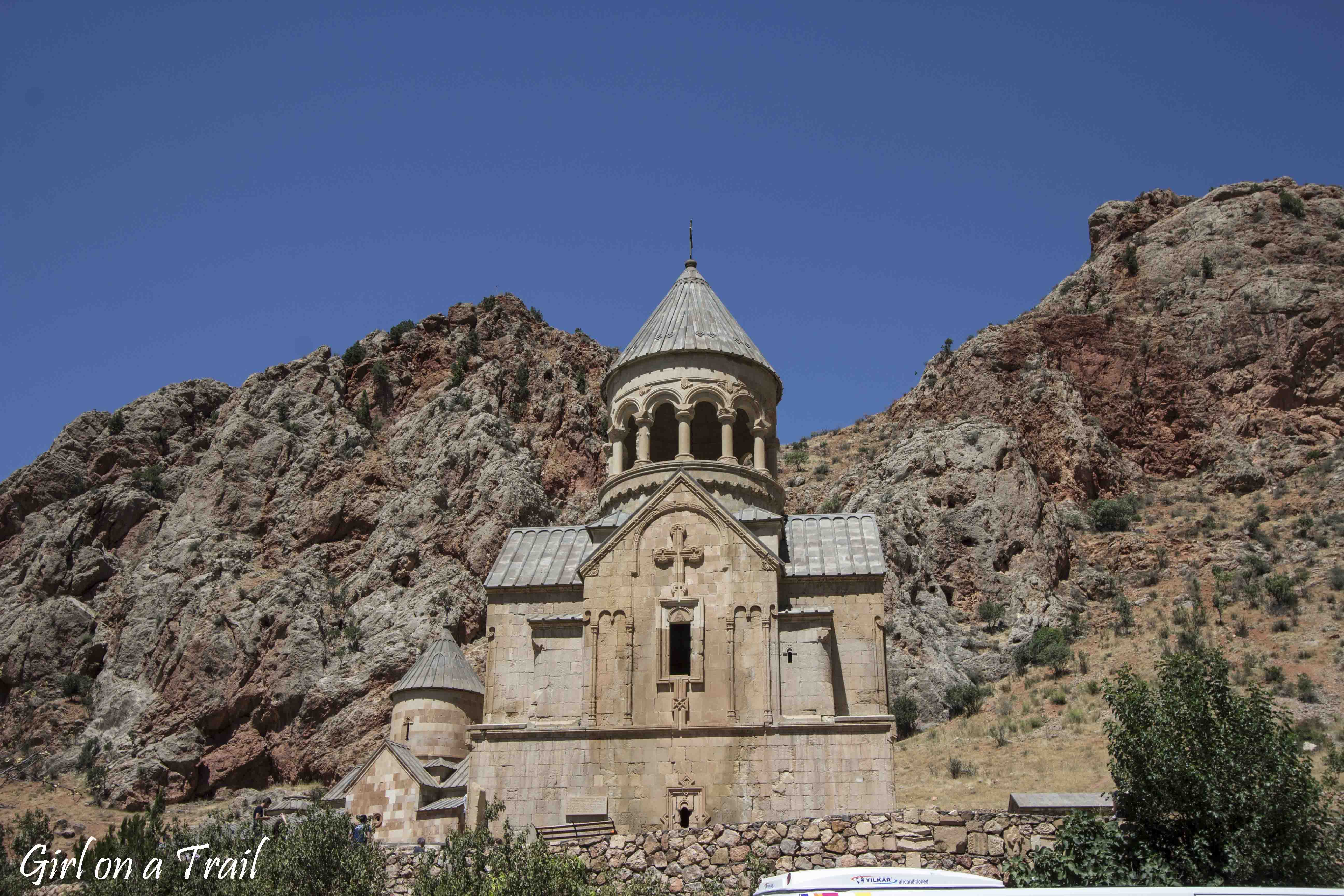 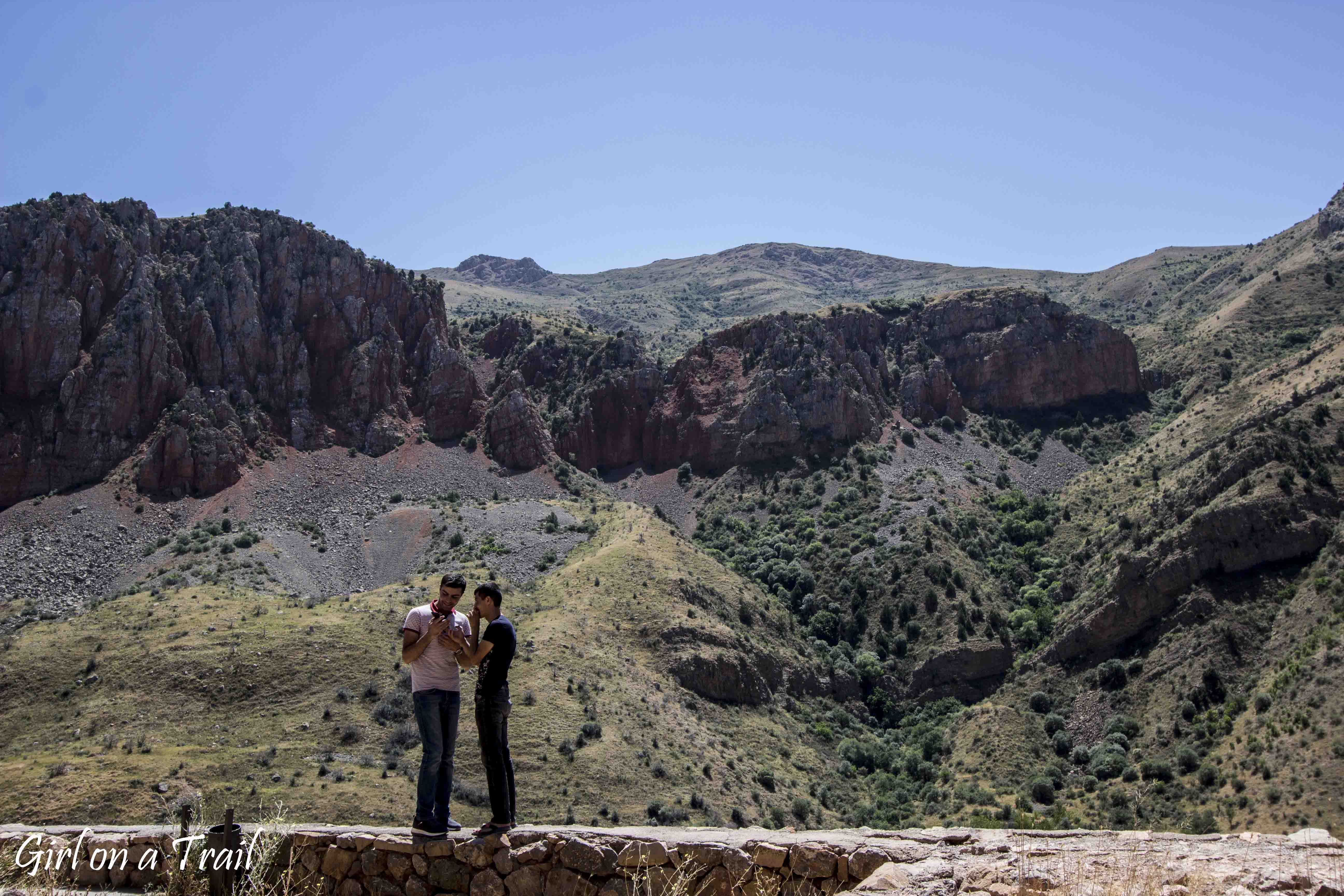 The next point of the trip was the most important sacral point in Armenia, at the same time the main destination of the pilgrimage – Khor Virap Monastery. The very name of the monastery in Armenian means ′′ deep dungeon′′ and it’s not a coincidence. Khor Virap was the place of the incarceration of Saint Gregory the Illuminator who converted Armenia to Christianity. The interior of the monastery makes an incredible impression, mainly because of its raw decor, dark color of walls, a small amount of light and numerous motive candles lit by faithfuls. 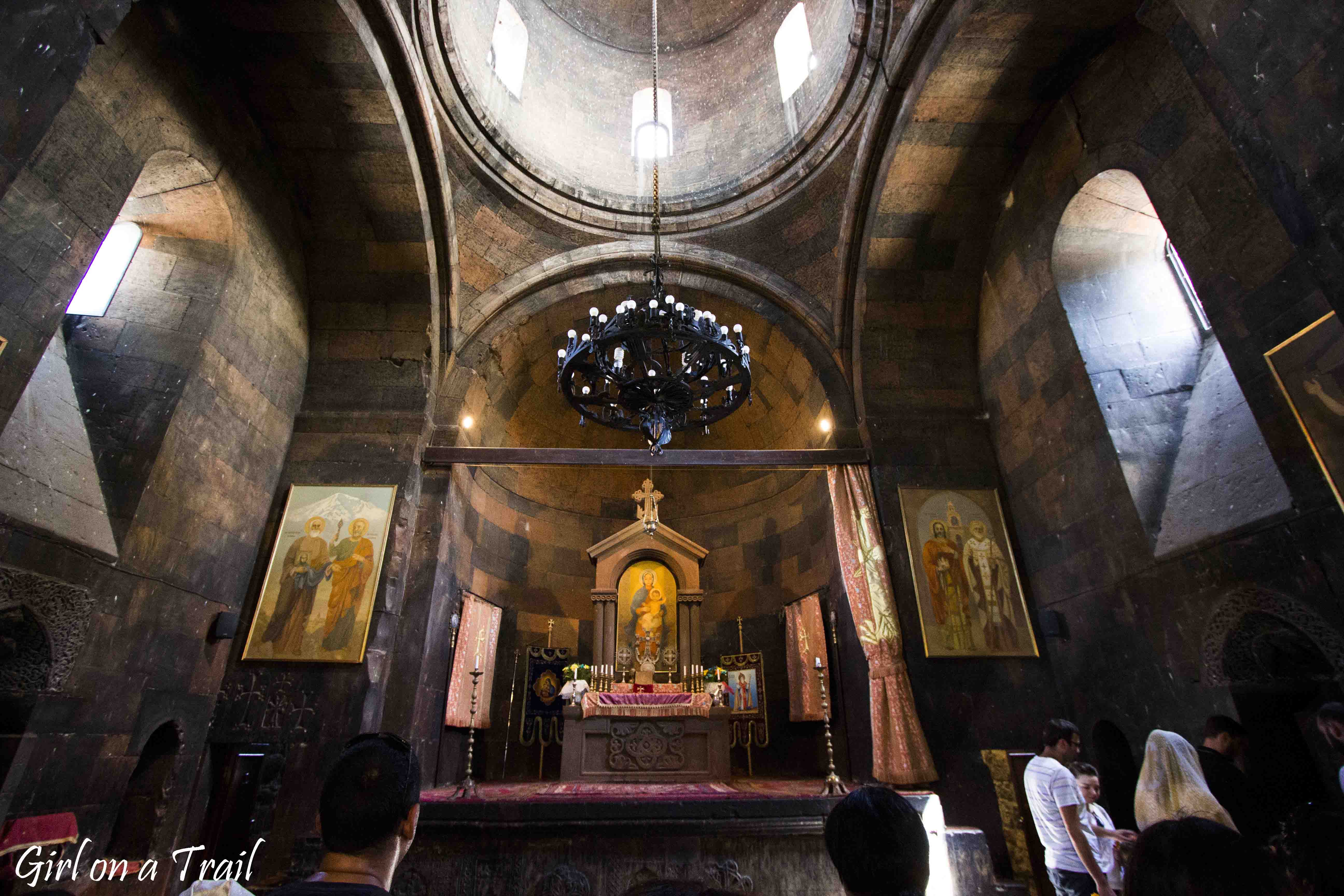 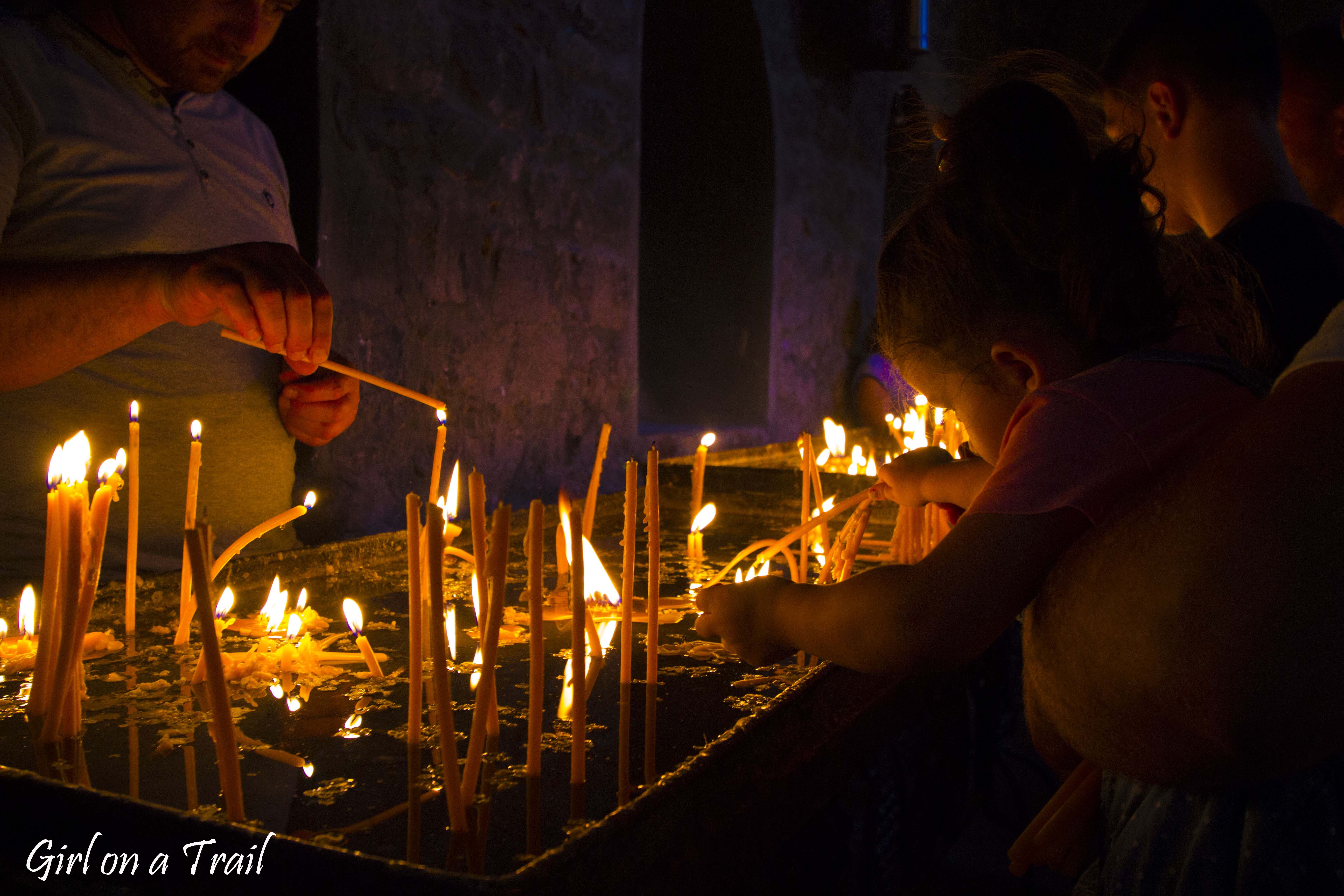 Khor Virap, is a symbol of Armenia and can be seen on many tourism advertising materials. However, its fame does’s regard just a place of worship. Khor Virap guarantees the best view of the Armenians’ holy mountain – Ararat. It’s widely believed that Noah’s Ark after the Flood settled at the Ararat summit, that’s why this mountain is an extremely important element of Armenian national identity. 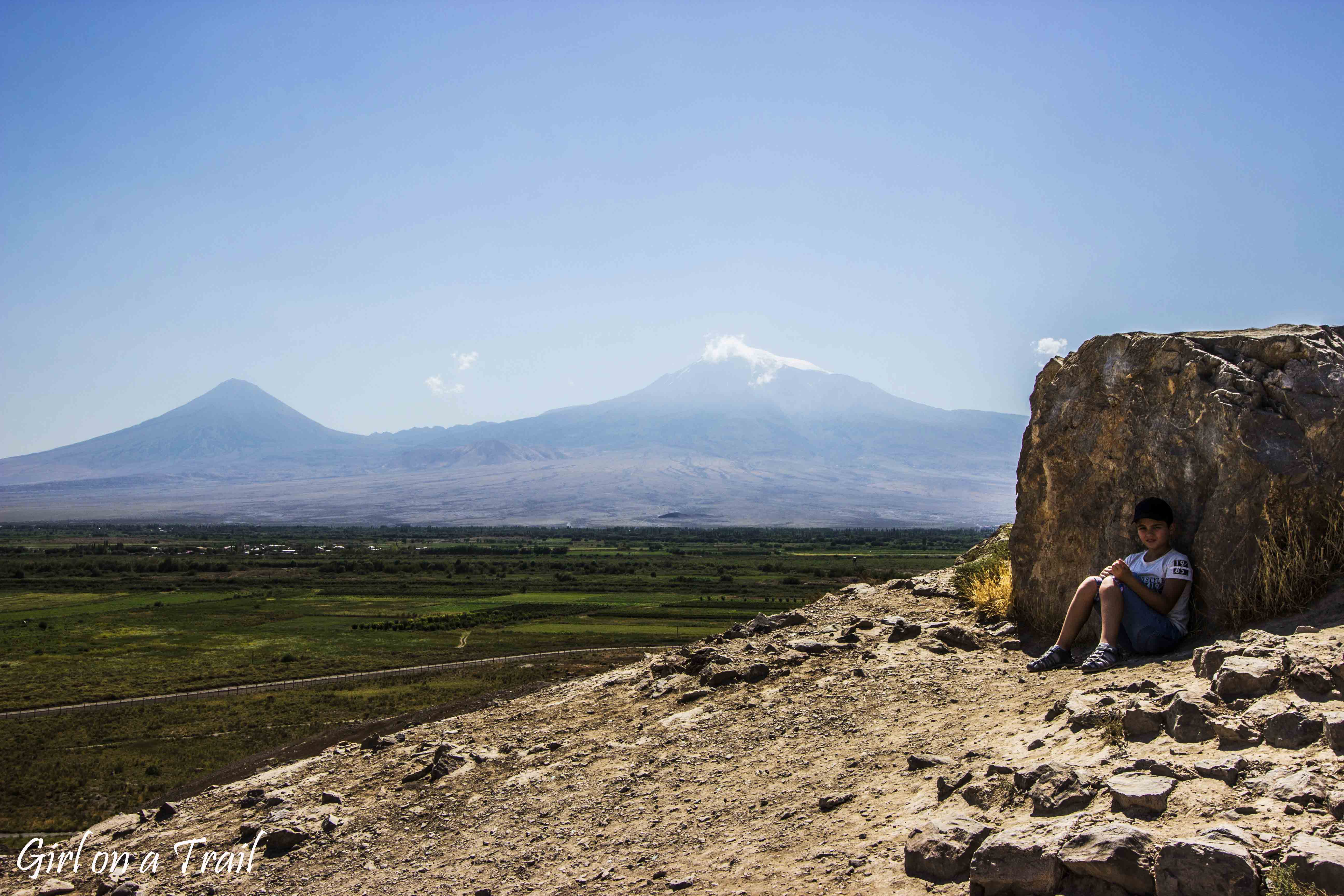 It’s shown on the emblem of Armenia and is ubiquitous in the everyday life of the country. It’s presented not only in art or literature, but also in Armenian stores you can find many everyday products with this name. Although Ararat is situated in historical Armenian areas, it is currently within the territory of Armenia’s biggest enemy – Turkey. This fact is the reason for a sense of historical injustice, which is omnipresent in Armenian consciousness. 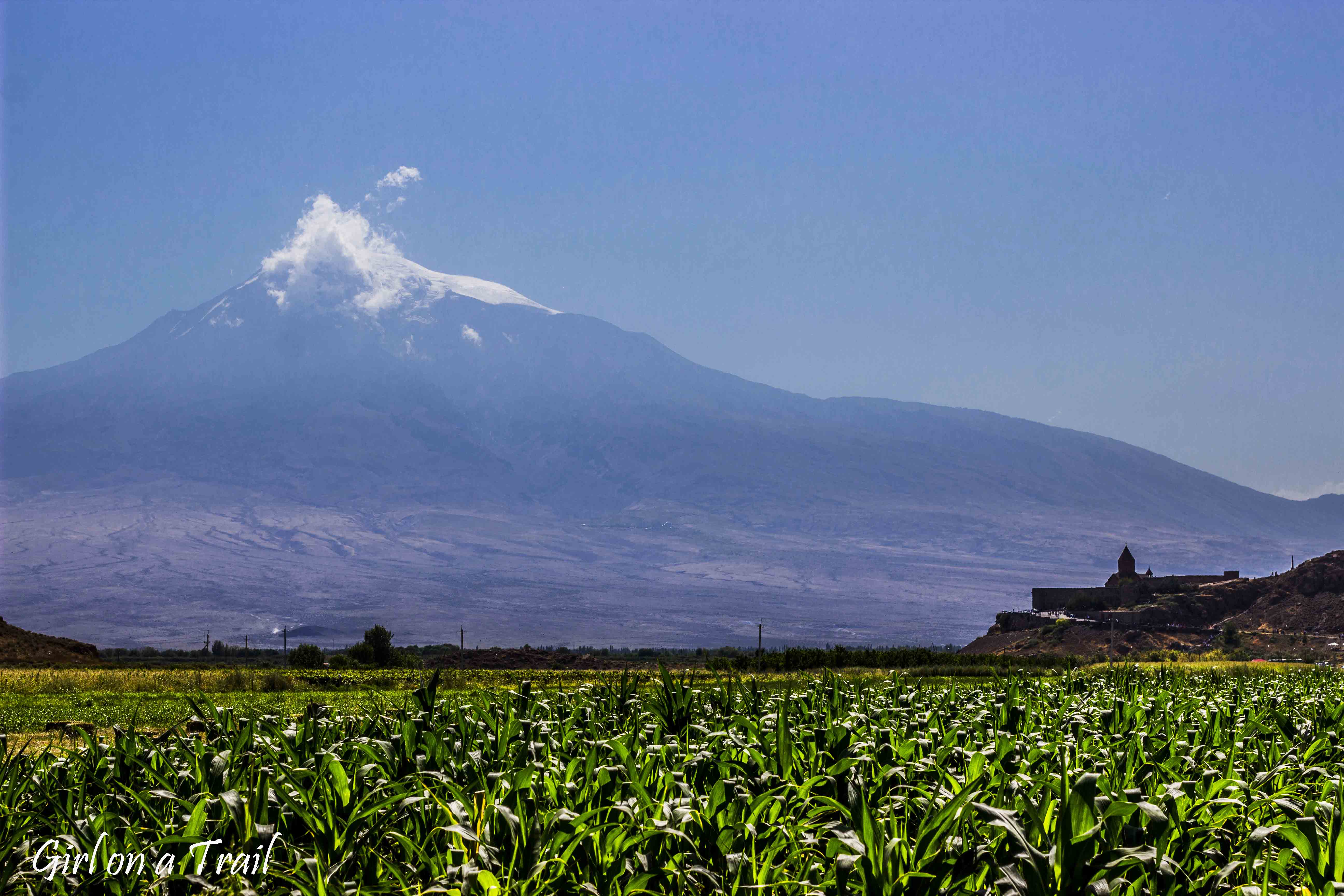 After a visit to Khor Virap, I must say, I didn’t expect Armenia to surprise me with anything else. We had only a 50 km way to Garni Temple, which turned out to be one of the most beautiful in Armenia. I won’t hide that the driving was a bit longer, as we were initially stuck in the middle of the field hanging on a concrete water drain, and then due to some pretty specific terrain conditions we were forced to reduce the speed.

On the other hand, I didn’t complain, it was even an advantage, as I could slowly contemplate the interestingly shaped terrain both of the road and its surroundings 😀 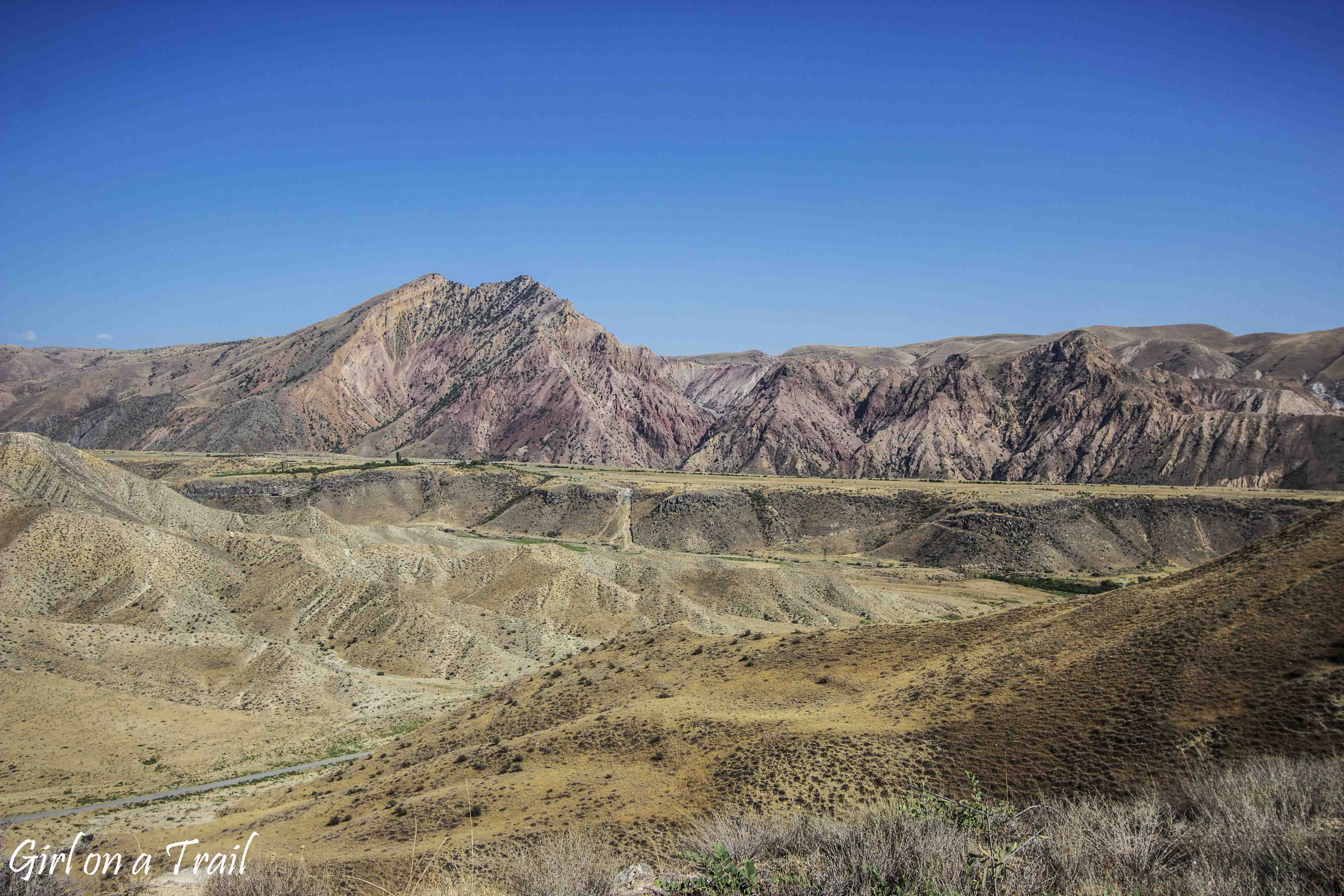 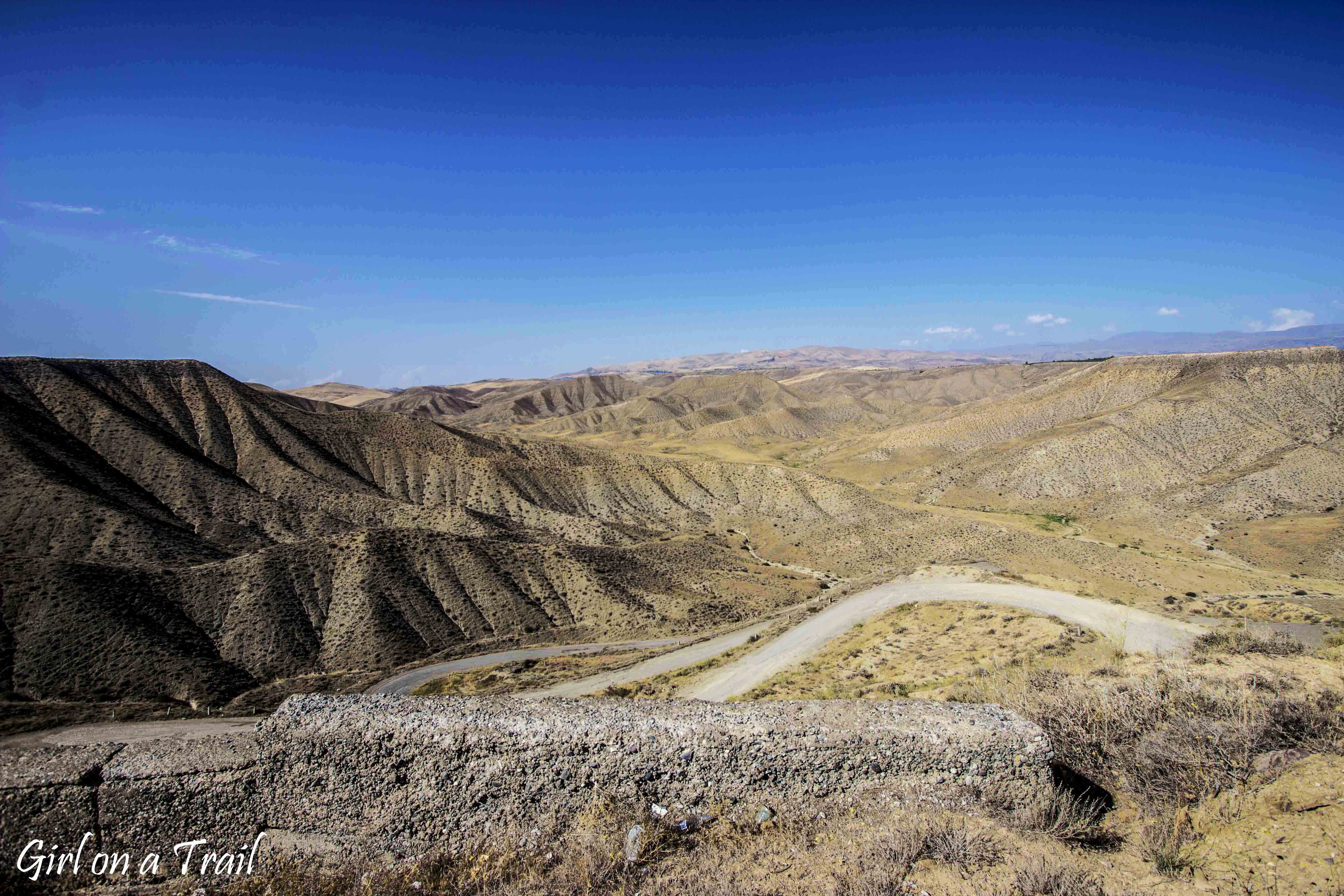 Meanwhile, a bit further, after the steppe landscape, the Garni Temple area surprised us with the amount of greenery. 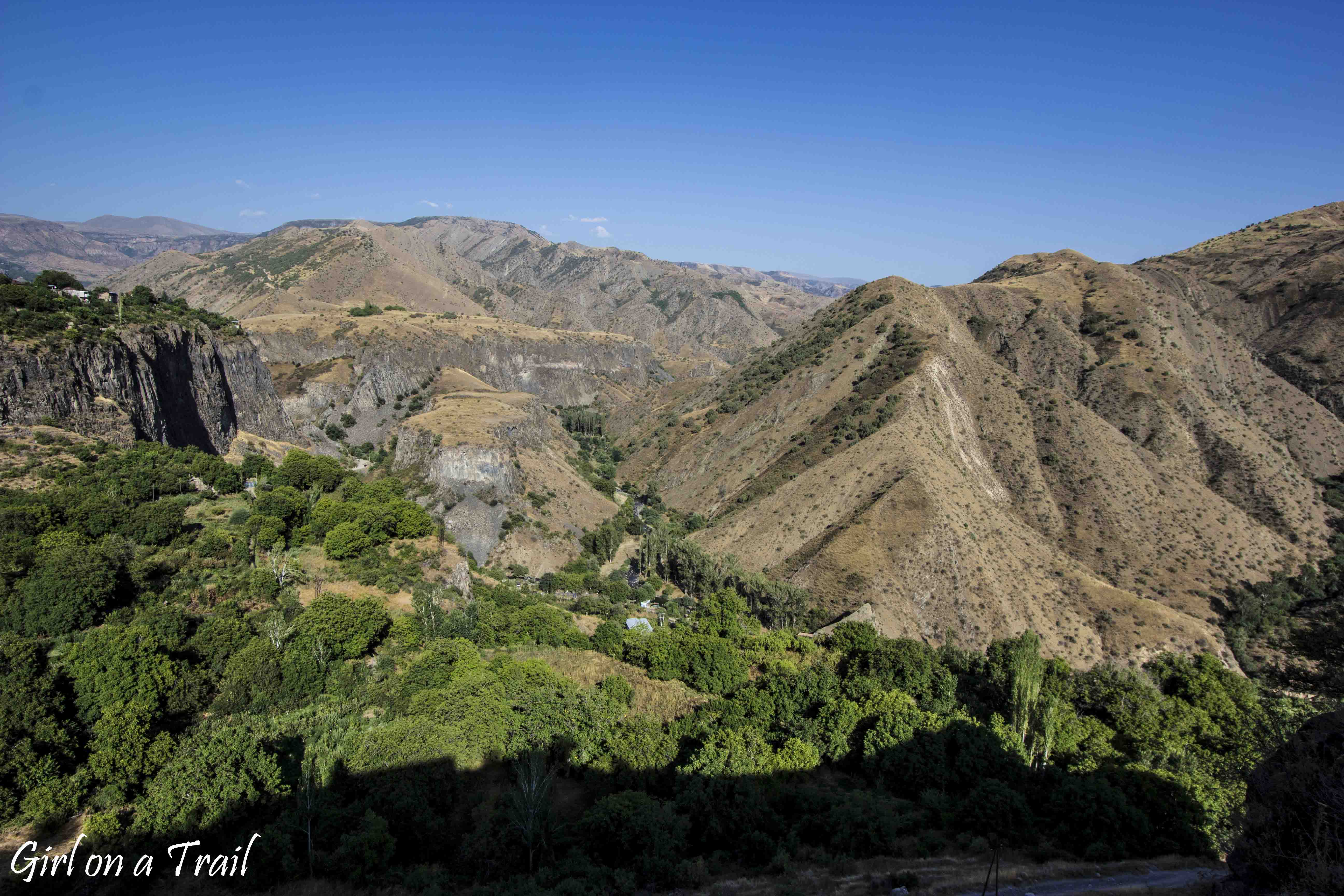 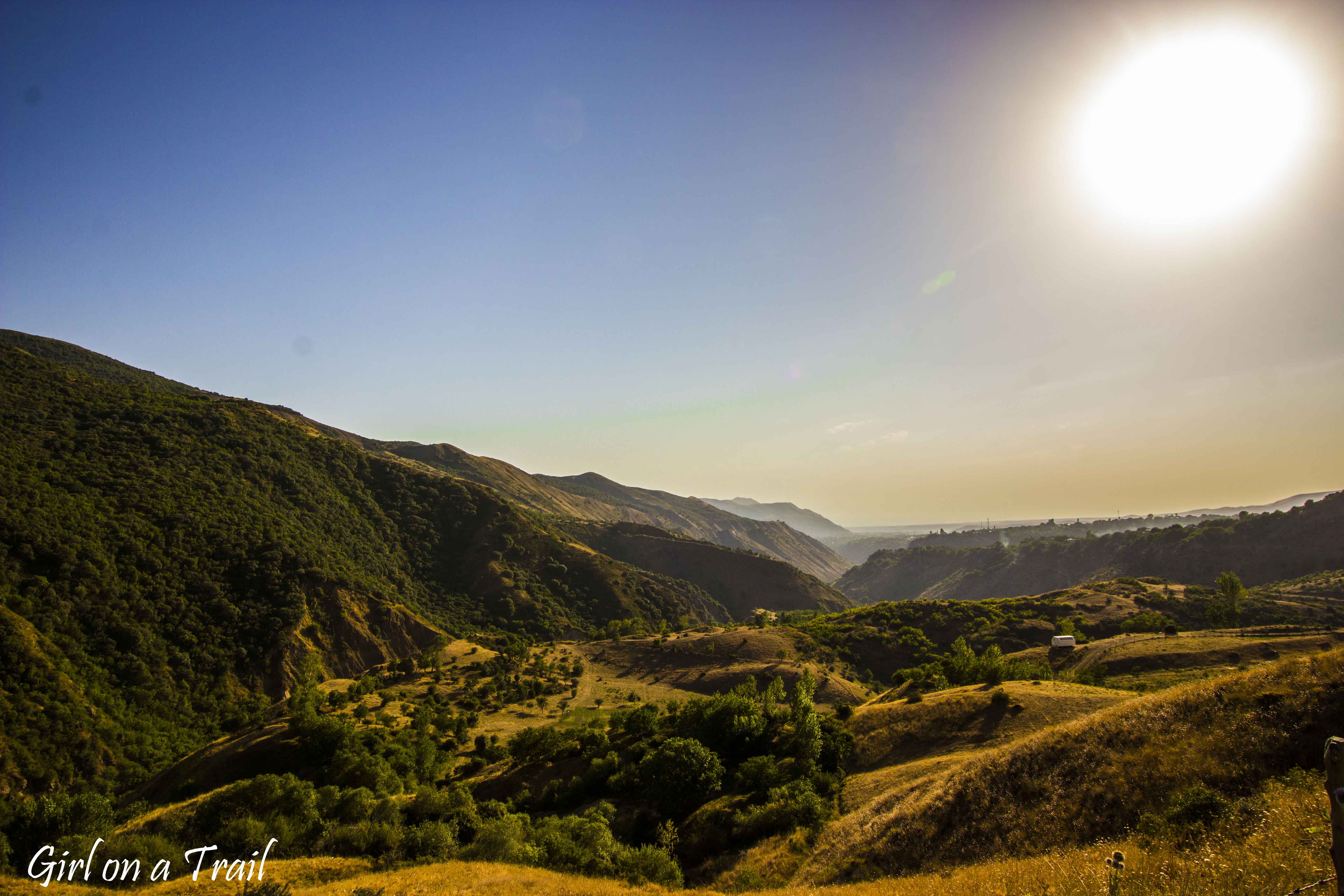 The Garni temple dates back to the first century and is the only sacral building unrelated to Christian religion that survived during Armenia’s adoption of Christianity. 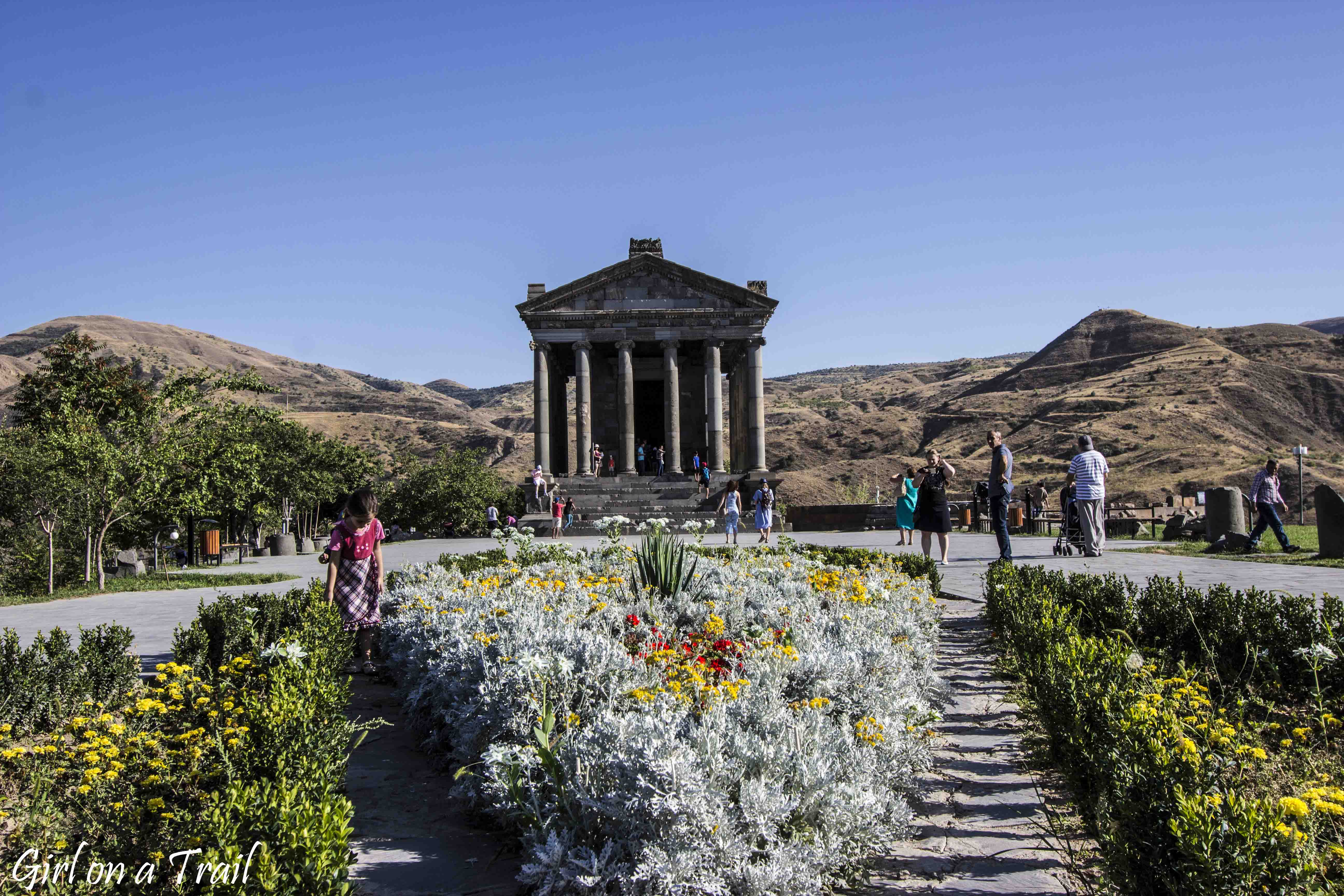 Right next to the temple is Geghard Monastery. The monastery attracts attention with its interesting location. Supposedly, in the 13th century, the remains of St. Andrew and St. John as well as the relics of the so-called The Spear of Destiny that hurt Christ on the cross, were stored there. 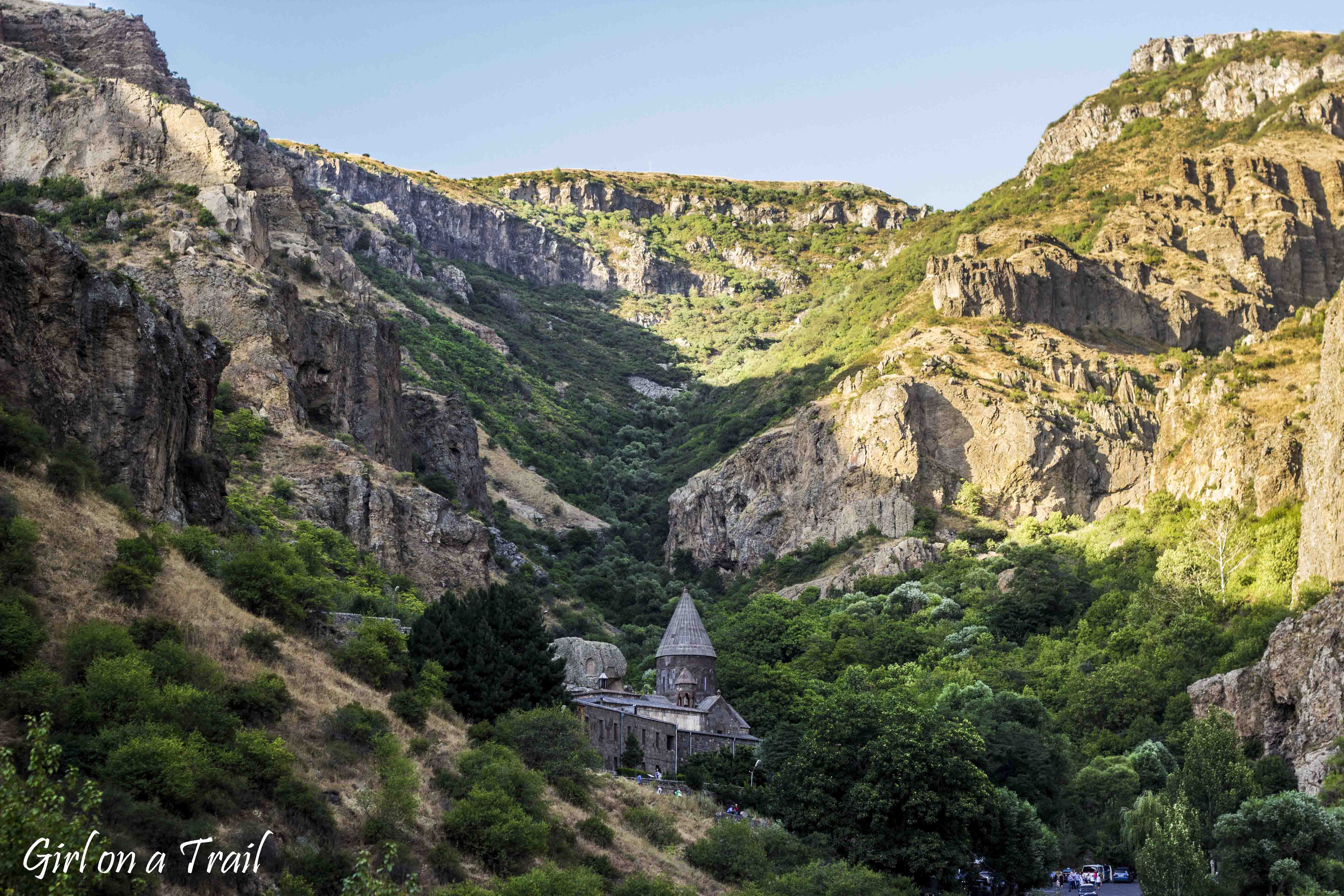 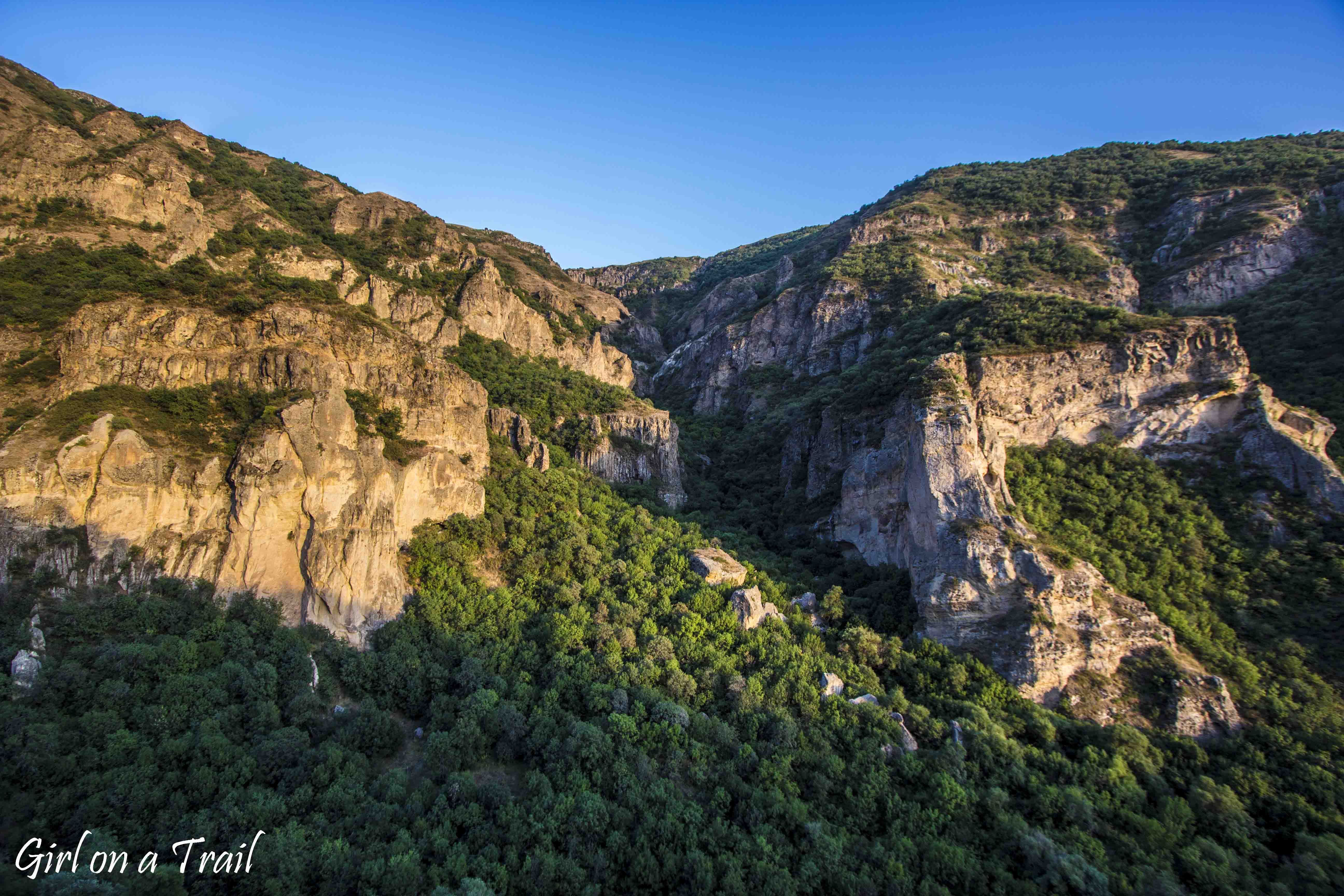 The monastery makes an incredible impression not only because of its amazing location, but also its atmospheric interior. It’s also of great sacred value, because it was founded by St. Gregory the Illuminator. 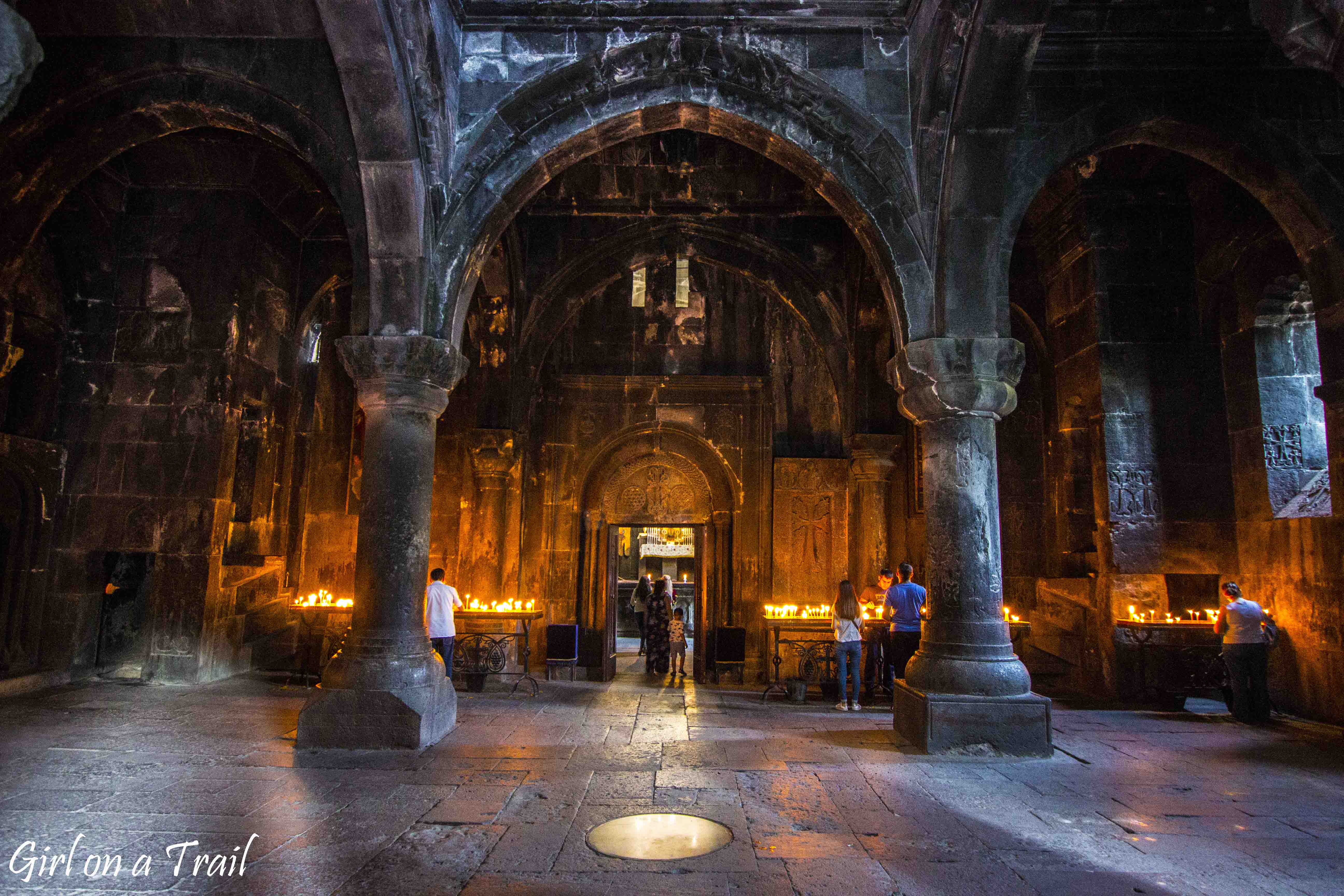 In the monastery you can see numerous khachkars, which are stone slabs, commemorating important people or events. In addition to the rich decorations, they also present a characteristic Armenian cross. Most often they can be found in the area of sacred facilities and cemeteries. 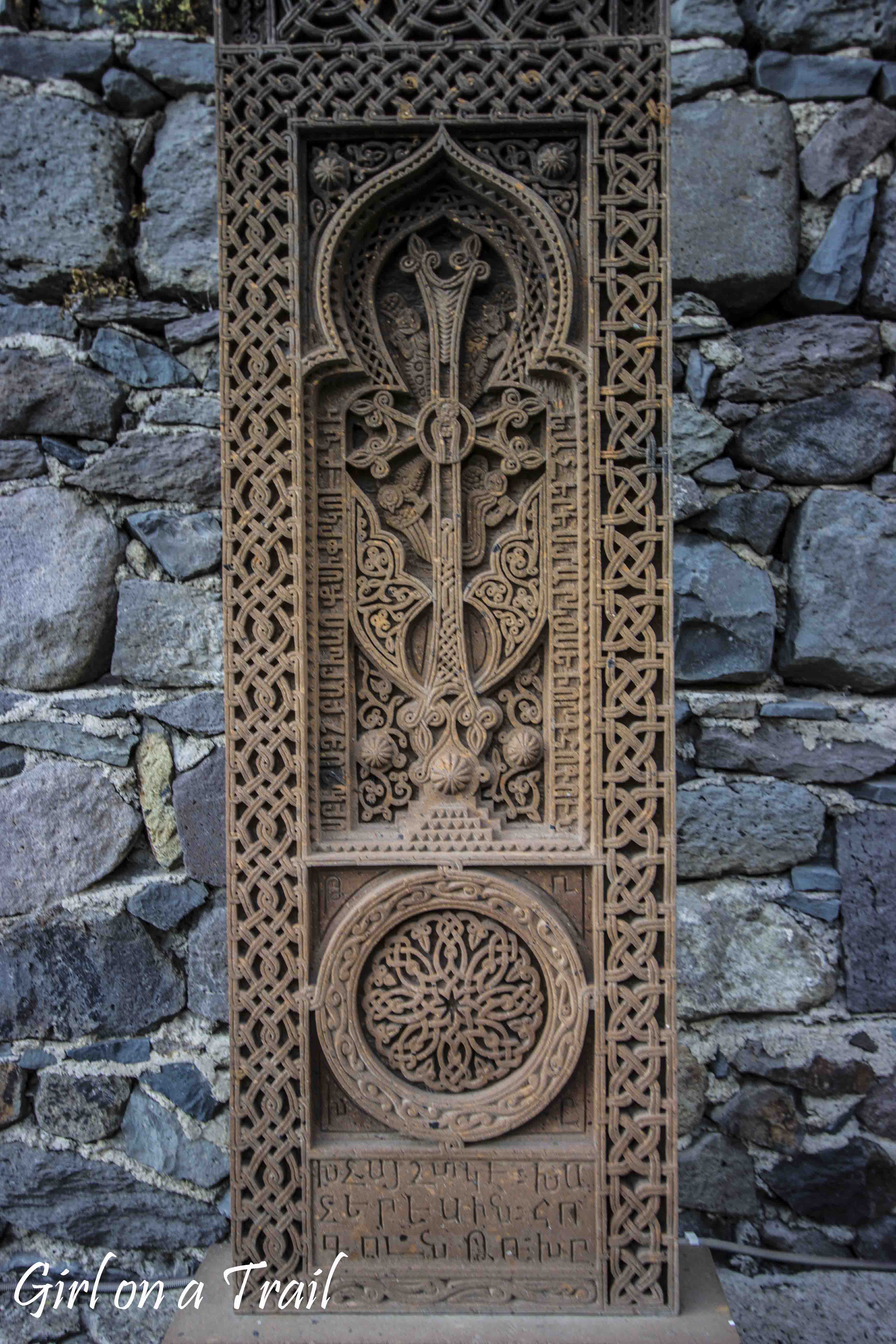 The last stop was the monument to the Armenian alphabet, founded in 2005 on the occasion of the 1600th anniversary of its existence. The Armenian alphabet was created between 405-406 by a scholar and monk – Mesrop Mashtots and reportedly ranks among the most advanced in the world. 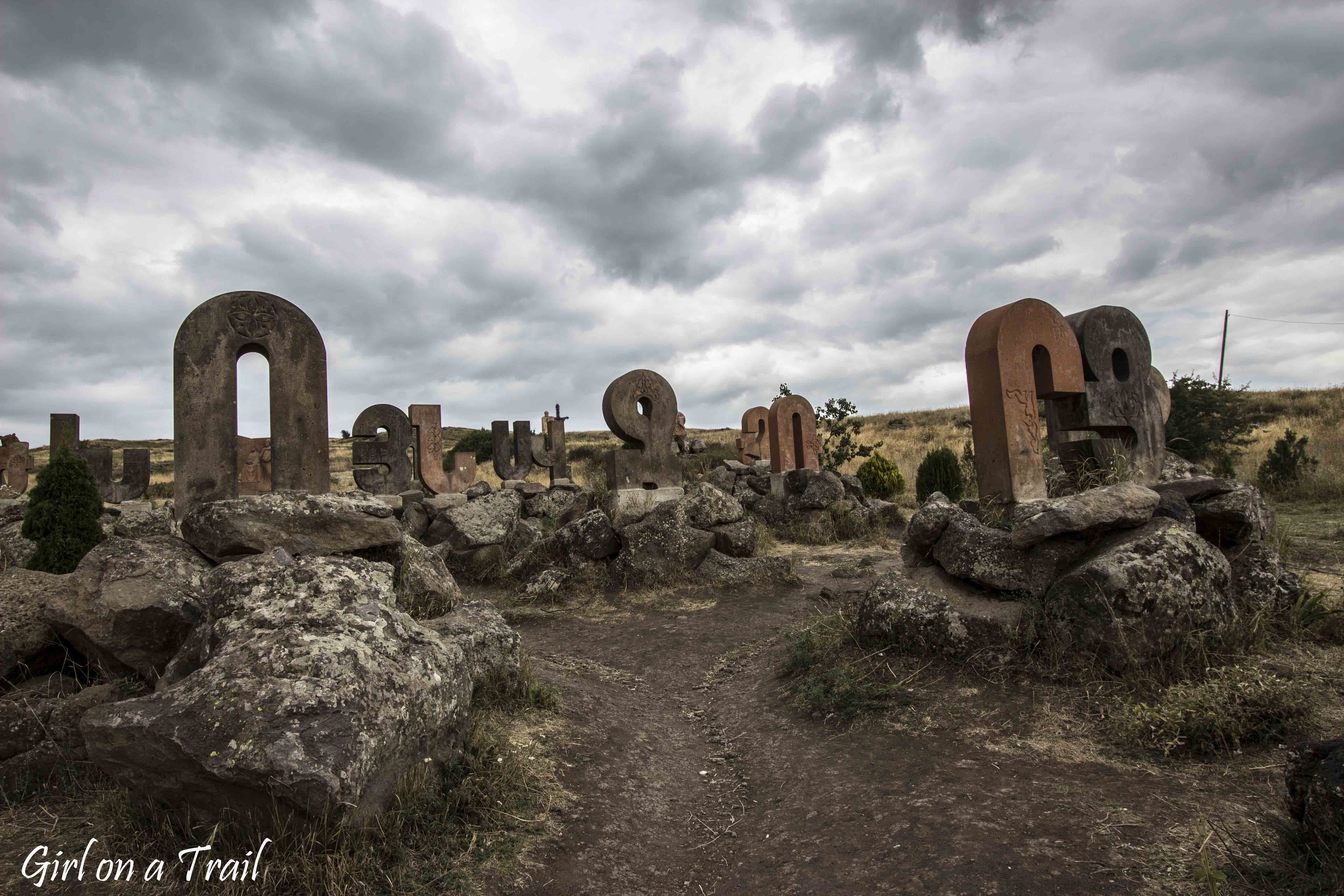 Check out the first part here.

Russian cuisine – what and where to eat
prev next 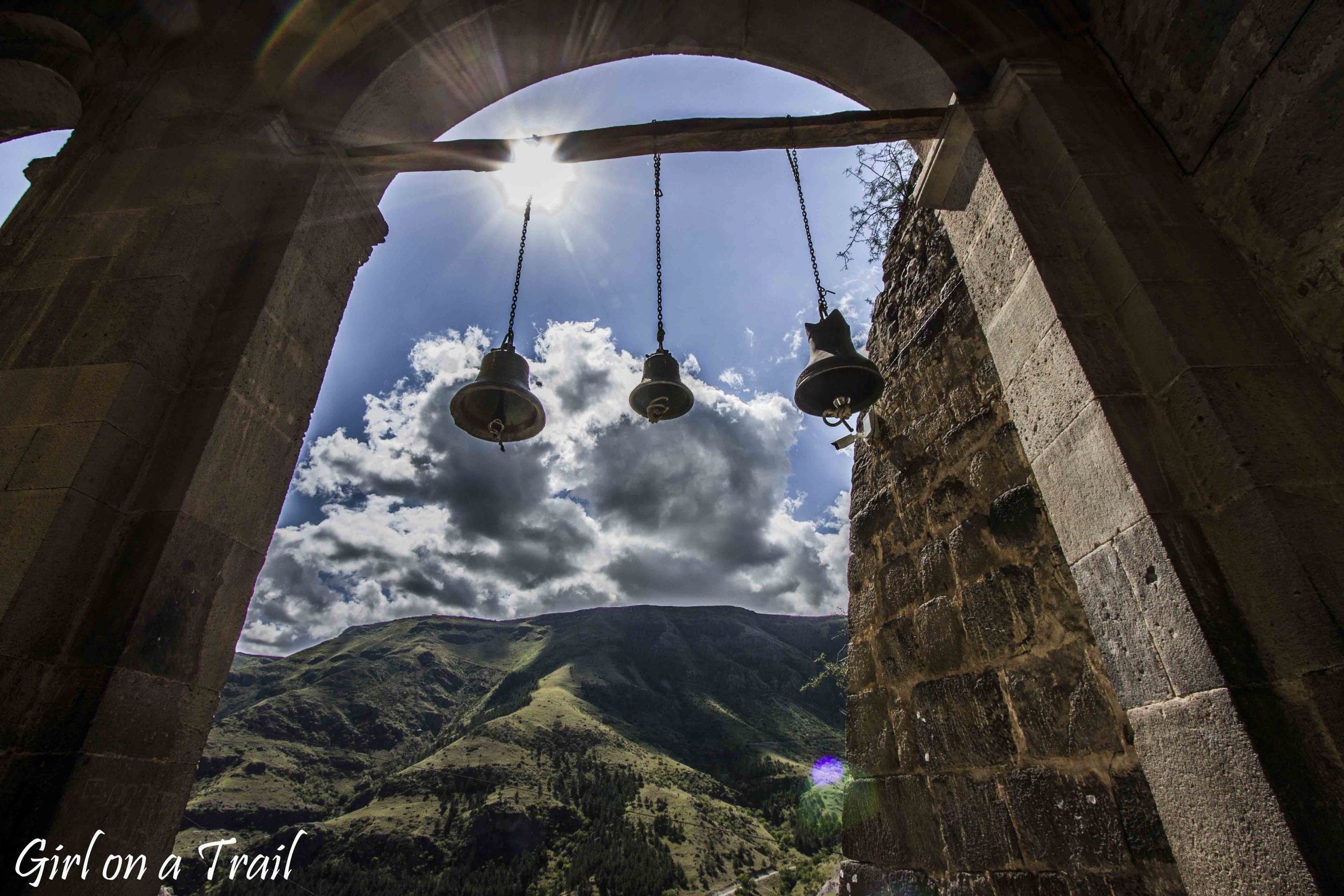 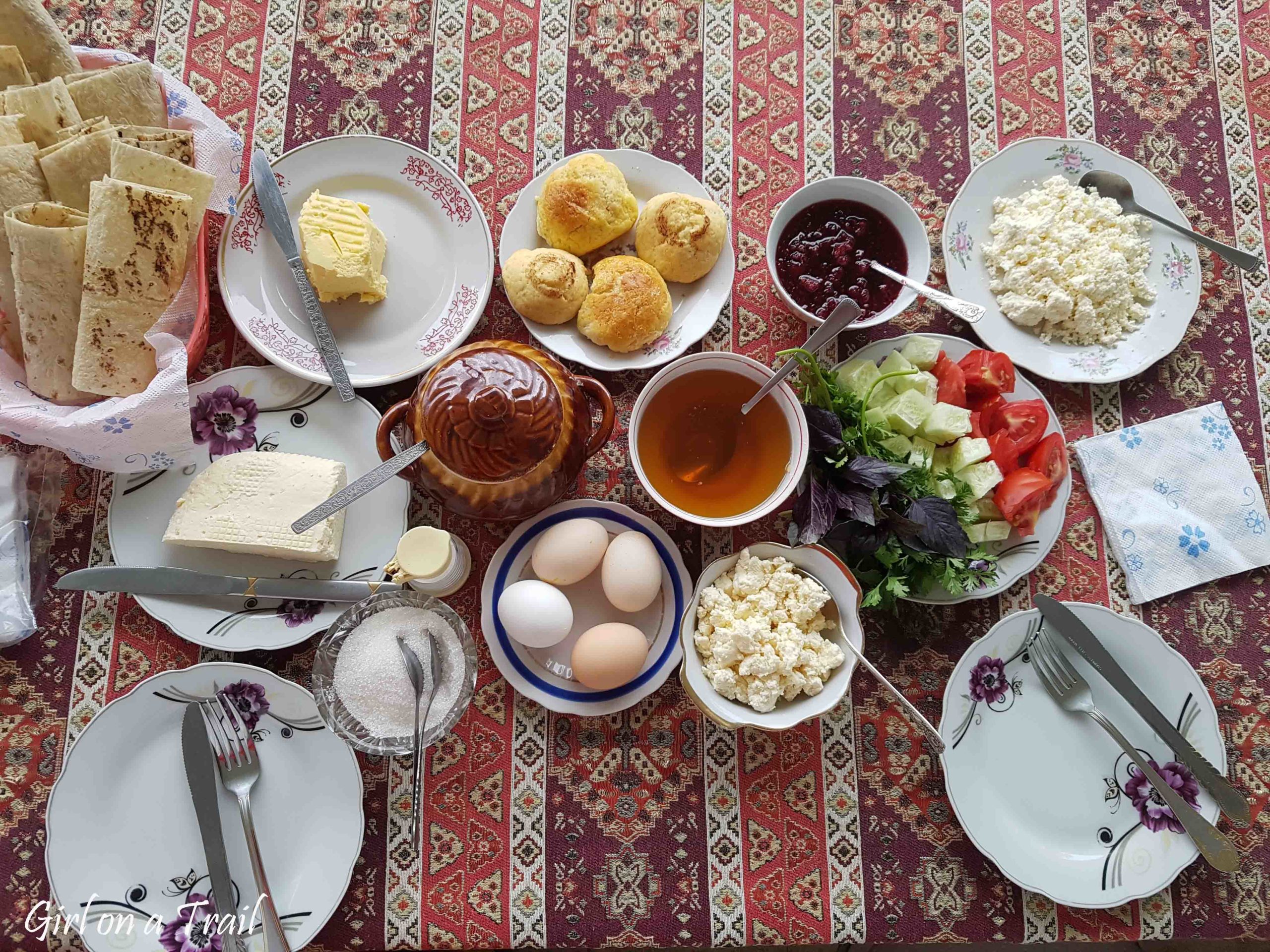