Tel Aviv was the first point of our exploration of western Israel. After a visit to historic Jerusalem, the capital of Israel surprised us with modern architecture. Due to the small amount of time, we decided to see this town from the coastal perspective, more specifically from the old Jaffa port area. This place looked amazingly, especially at sunset. 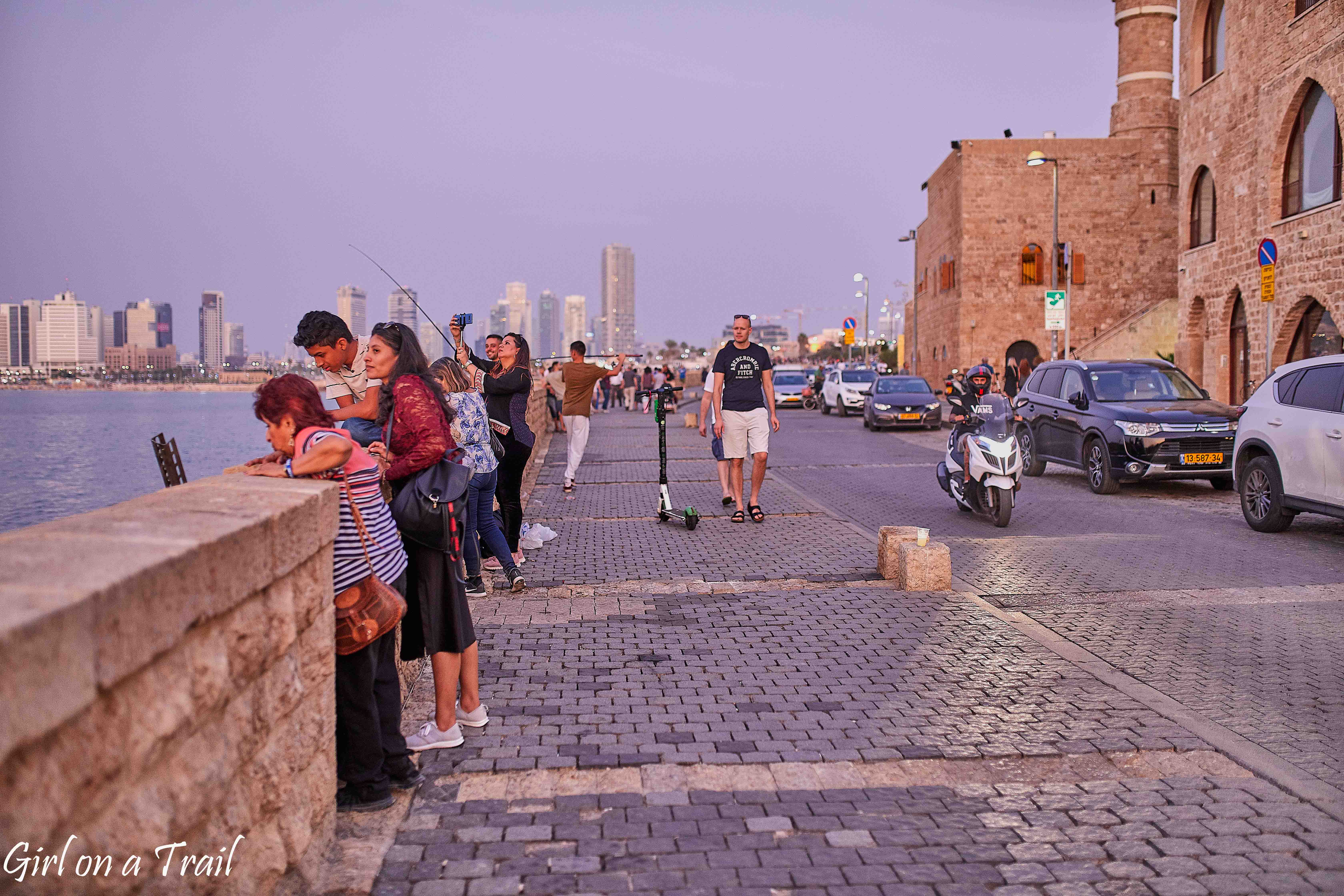 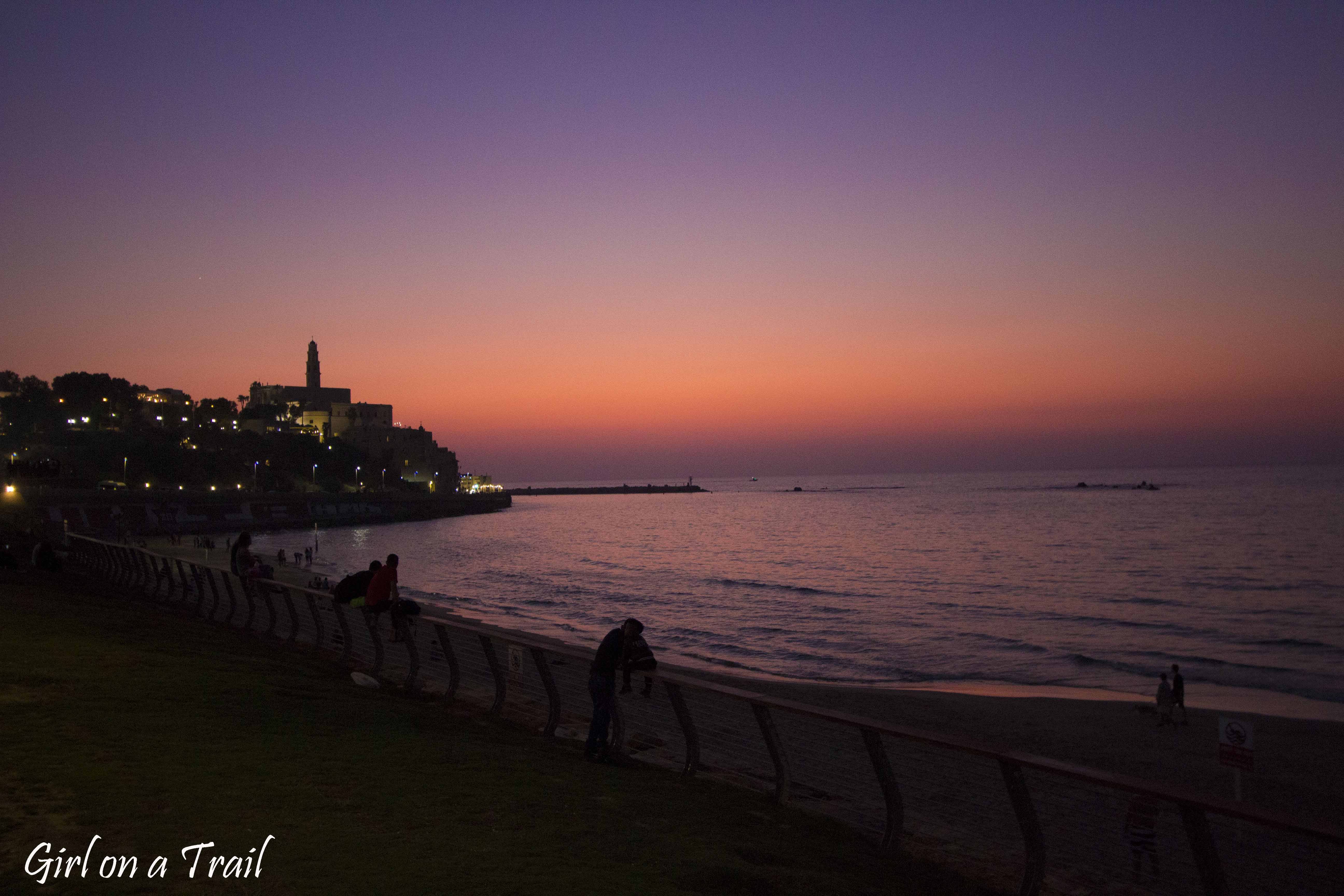 On the other hand, from the boulevard, located right next to the port, we could admire the view of the vast beach and the strict centre of Tel Aviv. 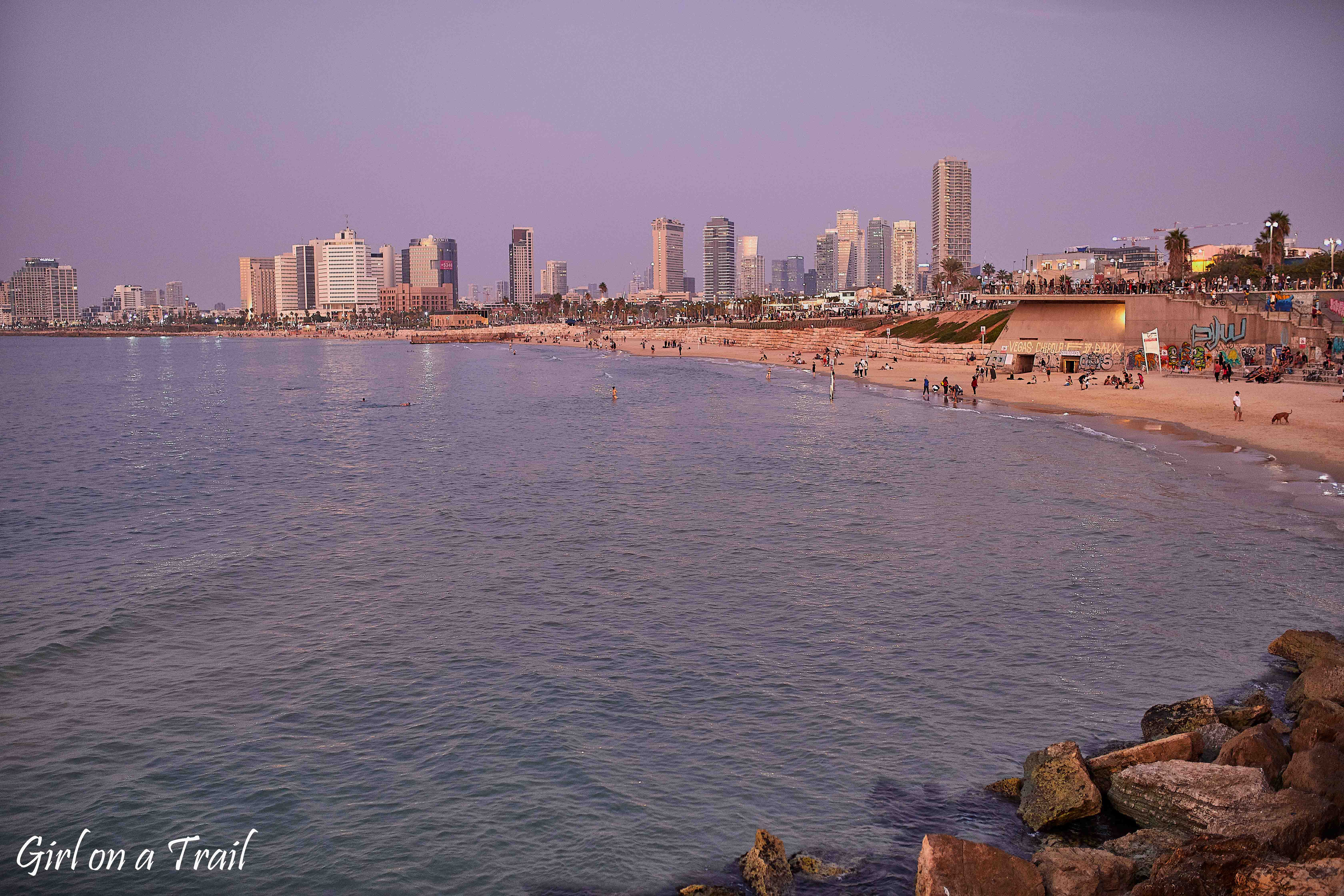 However, Tel Aviv surprised me the most by its large number of interesting murals. 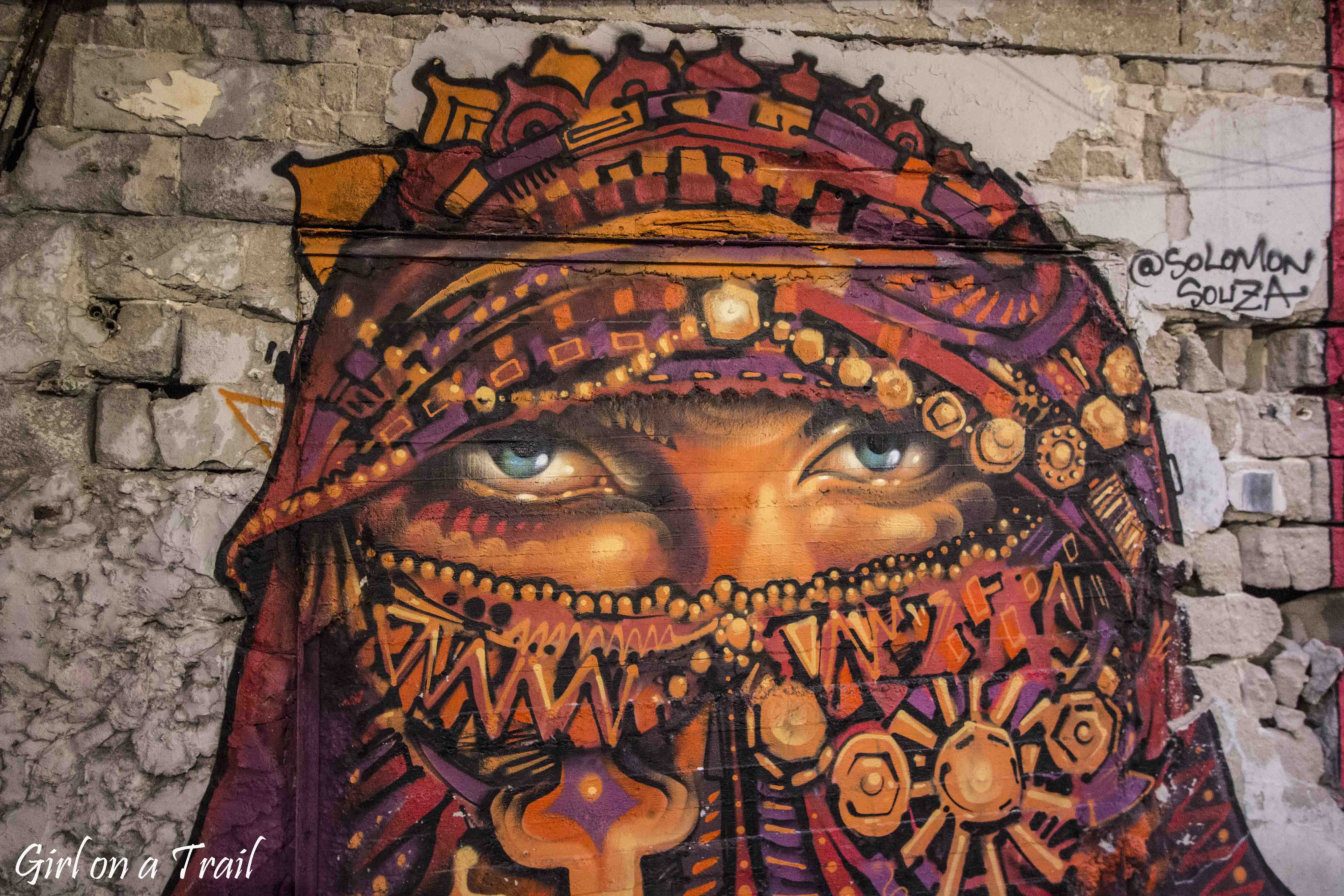 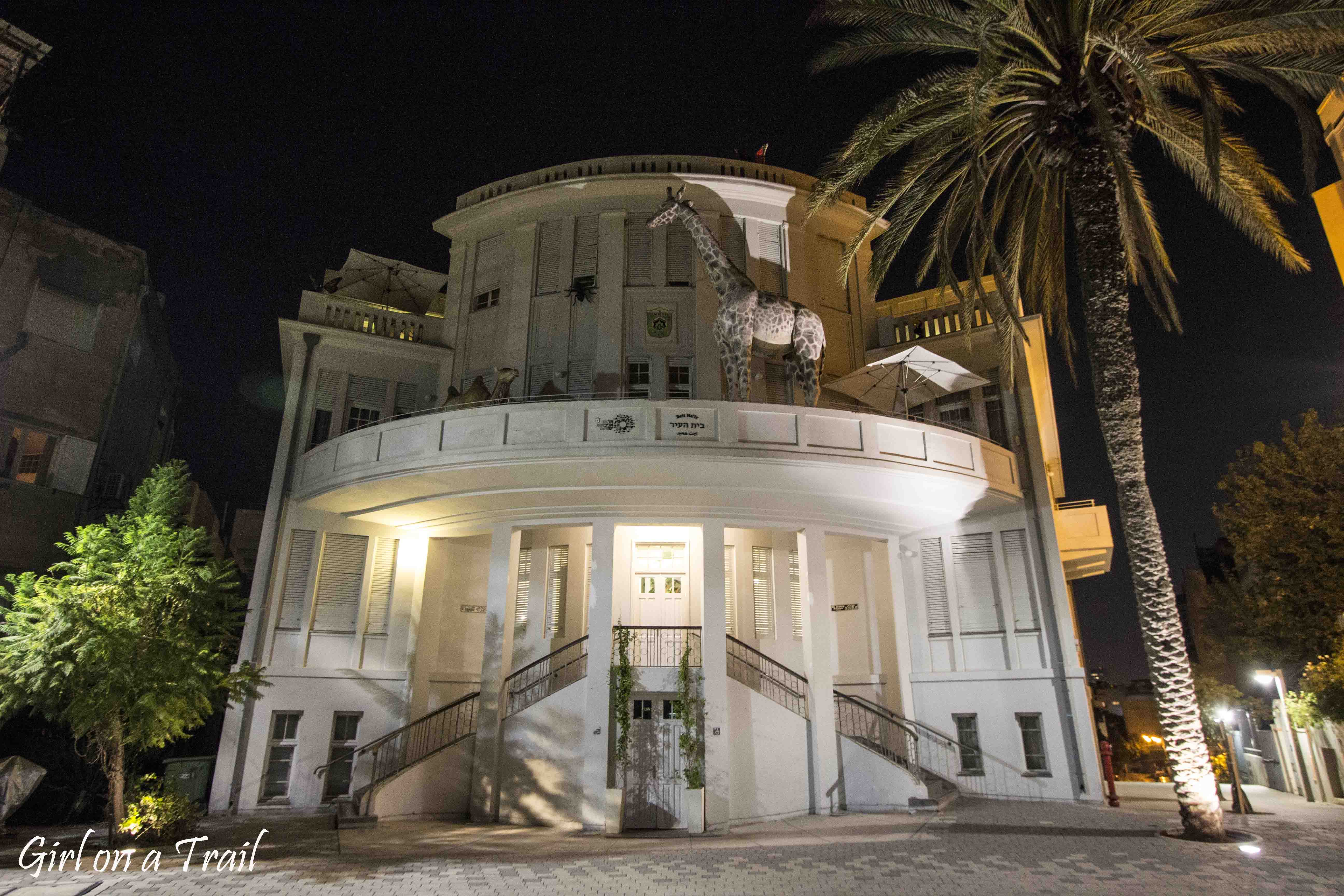 Tel Aviv is well worth visiting because it gives another perspective of Israel in comparison to traditional Jerusalem. 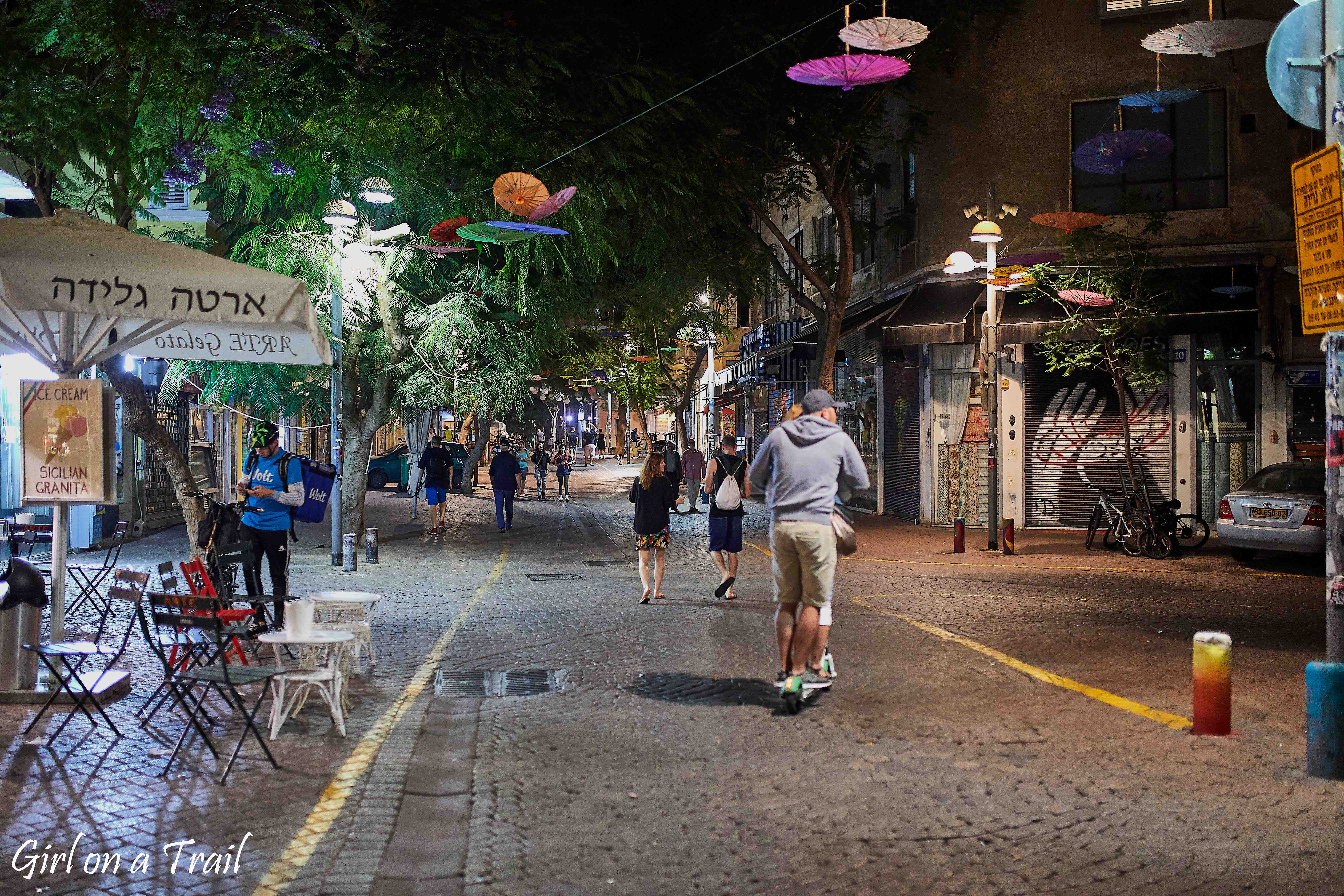 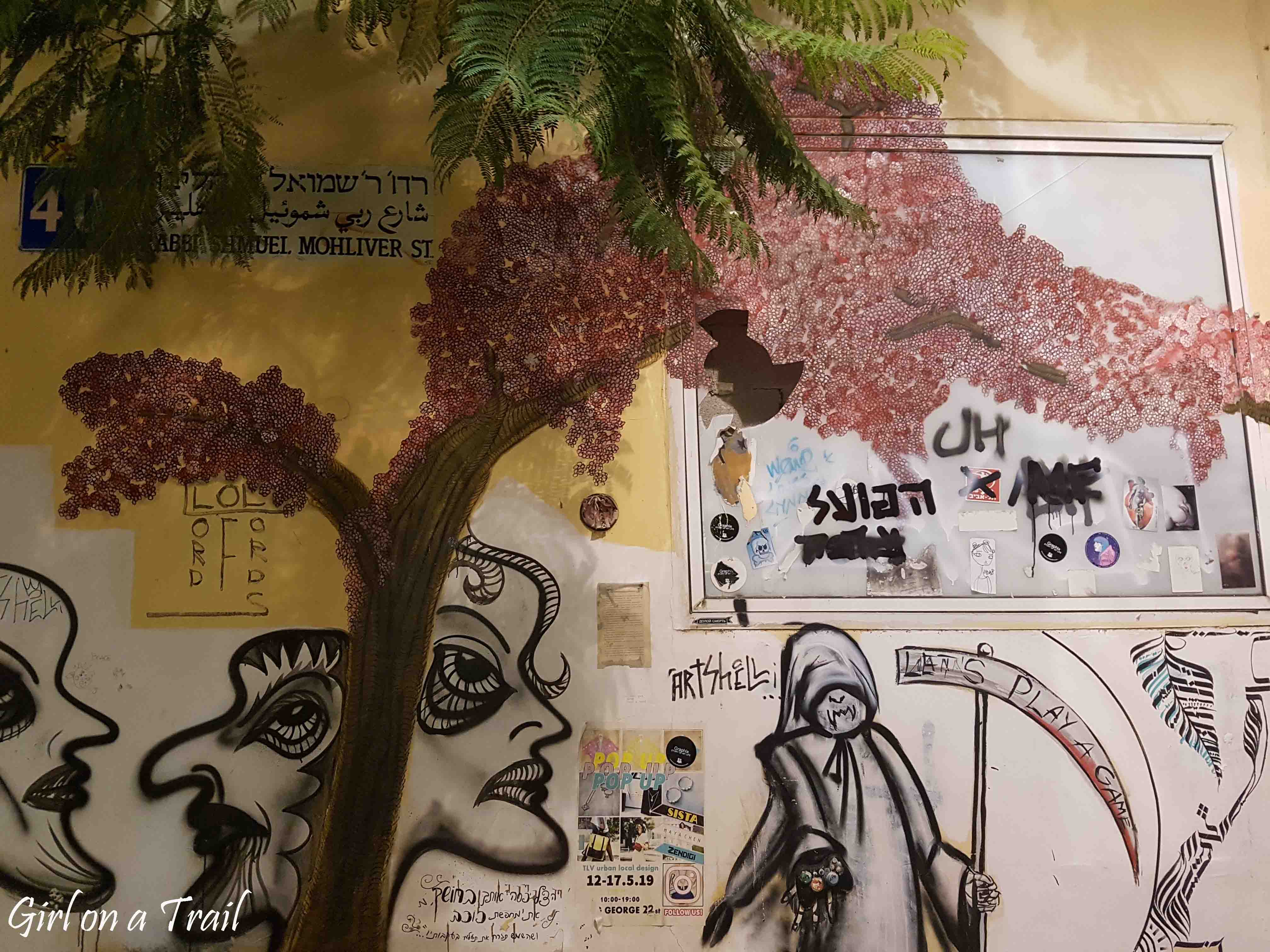 On the way to the north, you can visit Caesarea – one of the most important archaeological sites in Israel. The city was founded in 20 BC by Herod, the king of Judea, who named it after Caesar Octavian August. The city was the headquarters of Roman prefects including Pontius Pilate and the place of imprisonment of St. Paul’s. 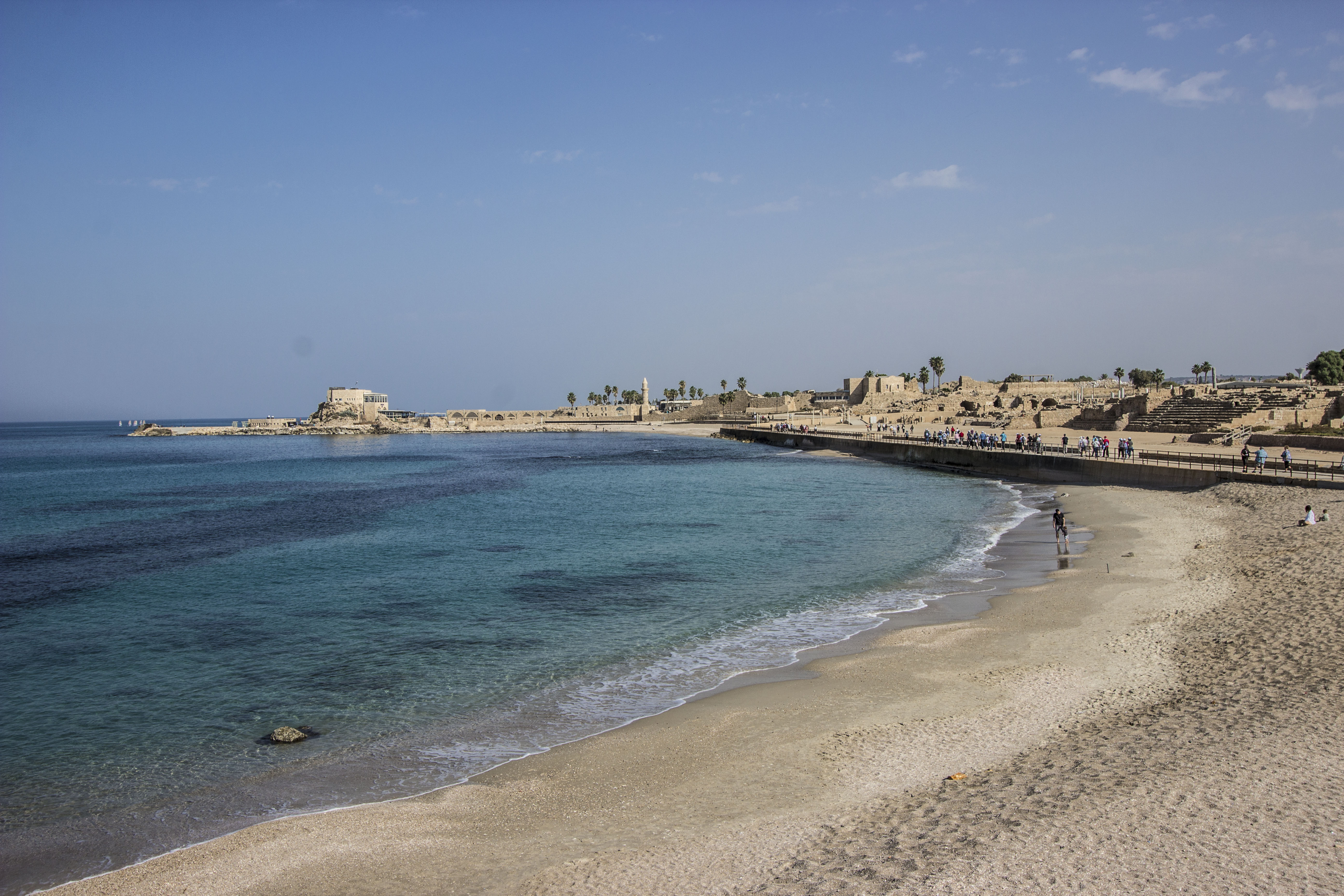 Gladiator fights were held here. Caesarea’s flourishing period ended with its conquest by Muslims in 640. The city regained its former glory when the Crusaders conquered it in 1101, however in 1256 was ruined by the Arabs. 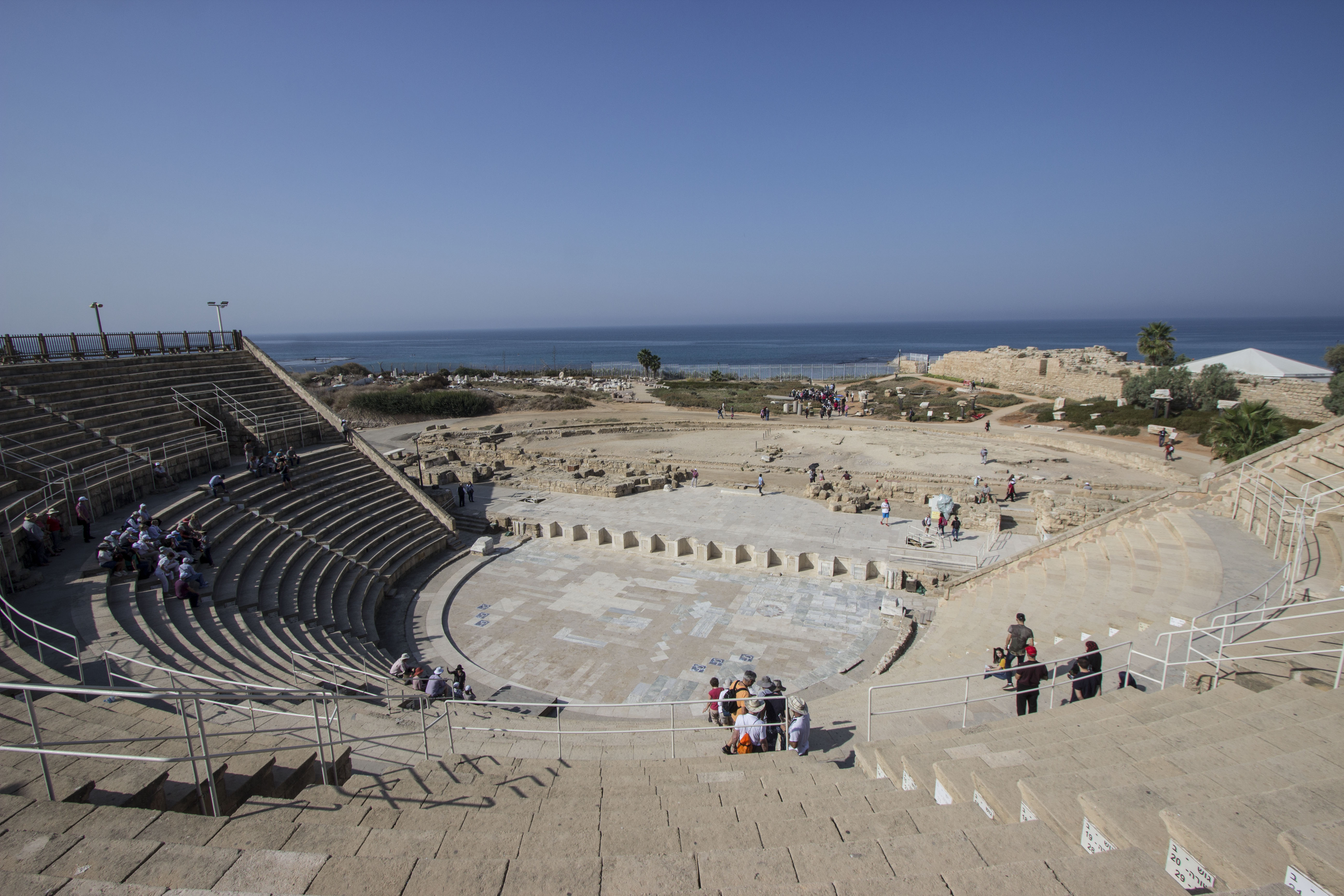 Currently, the most important monuments include a restored Roman theatre capable of accommodating 4000 spectators, the ruins of the hippodrome where chariot races took place and the citadel. The remains of the sea port, built by Herod are underwater and available for sightseeing only for divers. 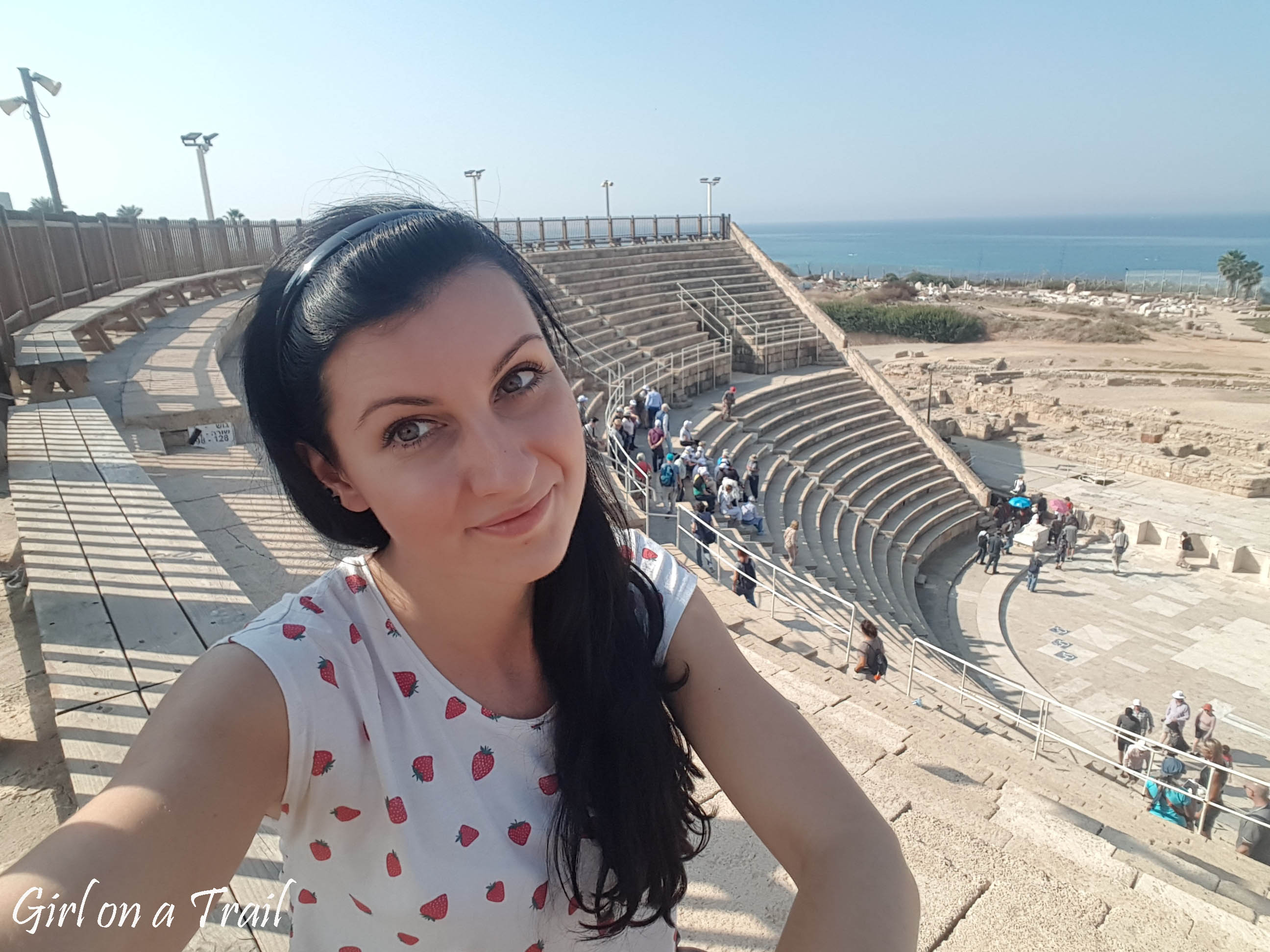 Our next destination was Haifa and more specifically the Bahái Temple. It is the most important centre of Bahaism – the youngest religion, started in Iran in the 19th century. The Bahá’i gardens are situated on the slopes of Mount Caramel, which offers an amazing view of the city and the bay. They are also called the Hanging Gardens, and their symmetrical appearance represents the harmony that the followers of this religion pursue. 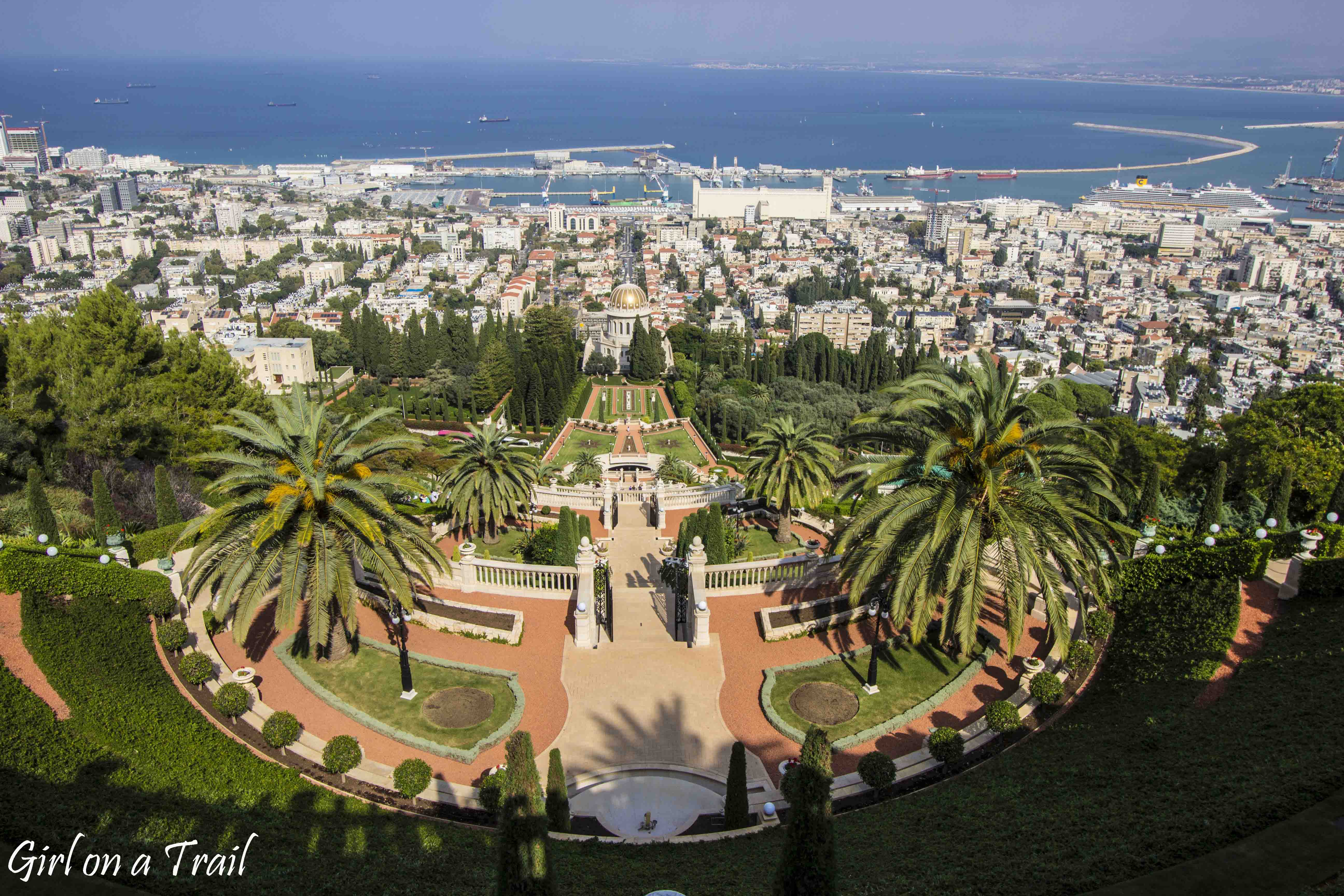 Bahaism is a monotheistic religion aimed at creating a new world order. This religion demands equality of all people, universal peace, obligatory education, uniform language (Esperanto) and currency worldwide. 19 elaborated gardens symbolize Baba and his 18 students. Gardens  are connected by stairs, terraces and cascades. From the highest point you can admire a fabulous view of the city’s panorama and the bay. 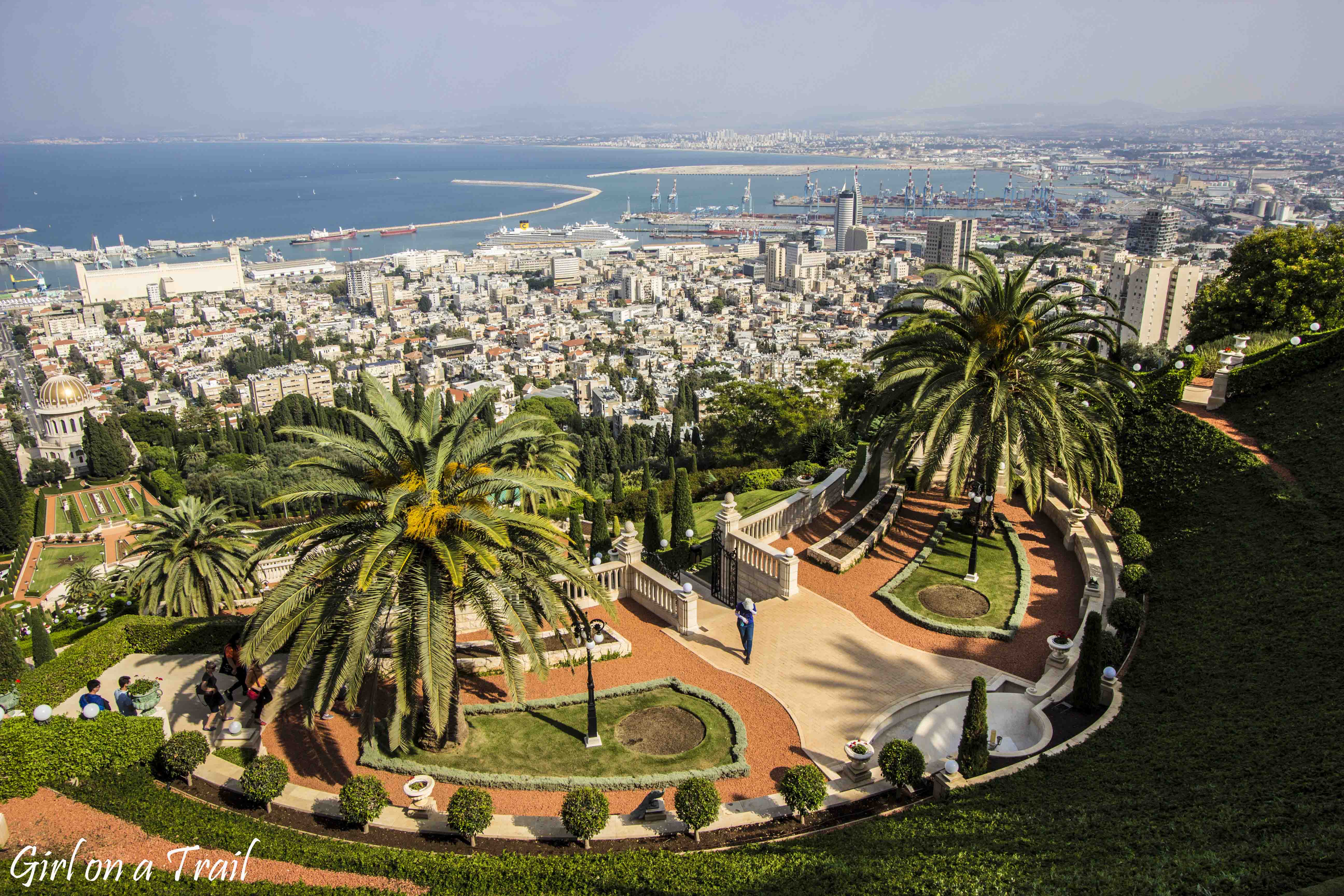 On the other hand, the middle part includes the Bába Mausoleum which can be recognized by the characteristic golden dome. It’s the most sacred place of the Bahaits, because here are the remains of the founder of the religion – Bába. He was shot at the end of  19th century in Tabriz, located in Iran. For many years, Bahaism’s followers hid his remains when finally transfered them secretly to Israel in 1909. 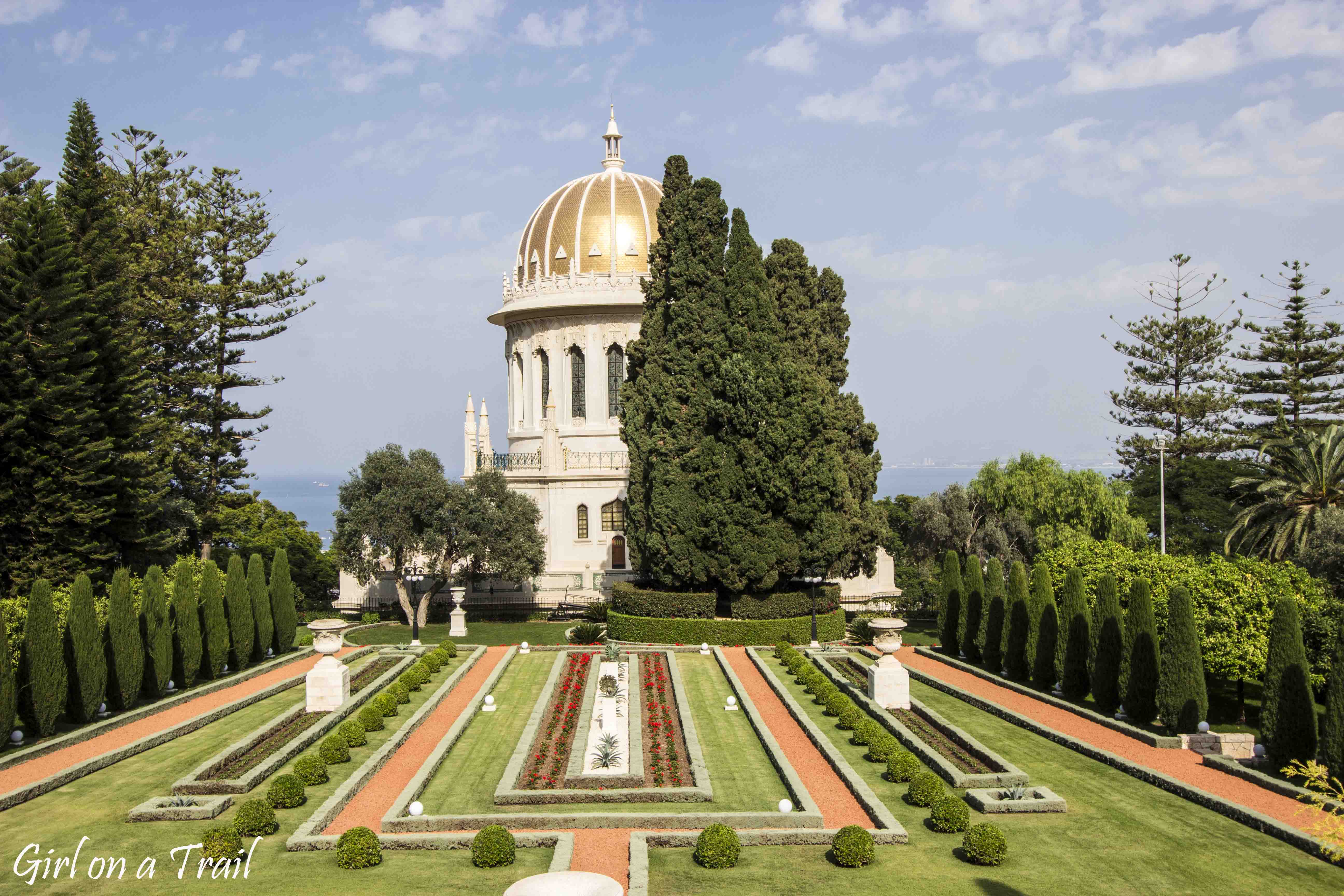 Baba Sanctuary is a pilgrimage place for the world Bahait community that’s why visitors are asked to dress modestly (cover arms and knees). 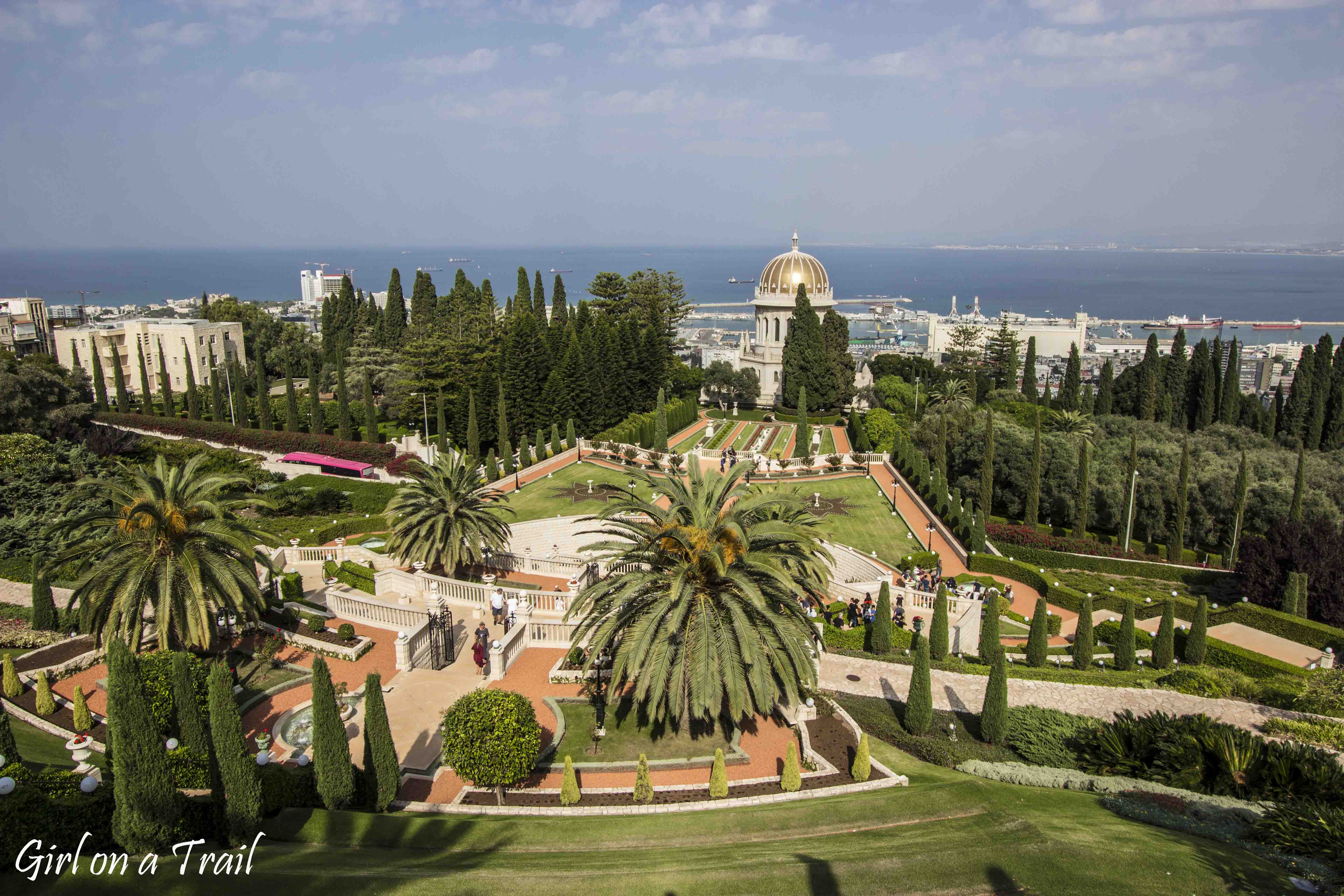 Just over 13 miles from Haifa you can visit the historic port city of Acre. It played an important commercial role for centuries, because of its strategic location. Acre is an amazing mix of cultures: Judaism, Christianity and Islam. However, the most visible are Arab influences. The city literally looks like time has stopped here. 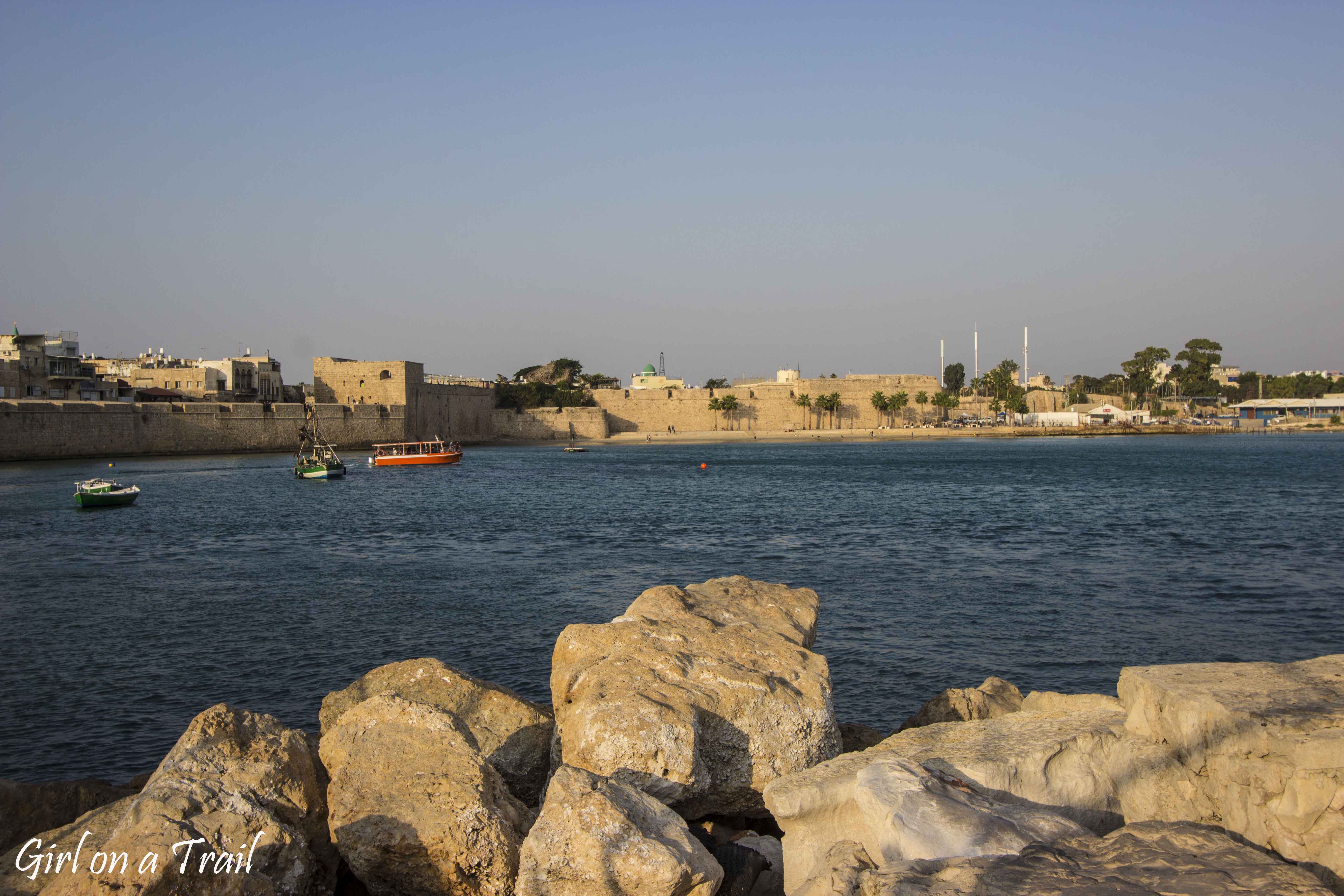 Its architecture is very varied, here you can see historic caravanserais, mosques, synagogues, and churches. The city’s biggest bloom took place in the time of Crusaders, then it even served as the capital of the Jerusalem Kingdom for some time. Acre was then the main port of the Kingdom of Jerusalem. The remains of the crusaders are currently located mainly in the underground. 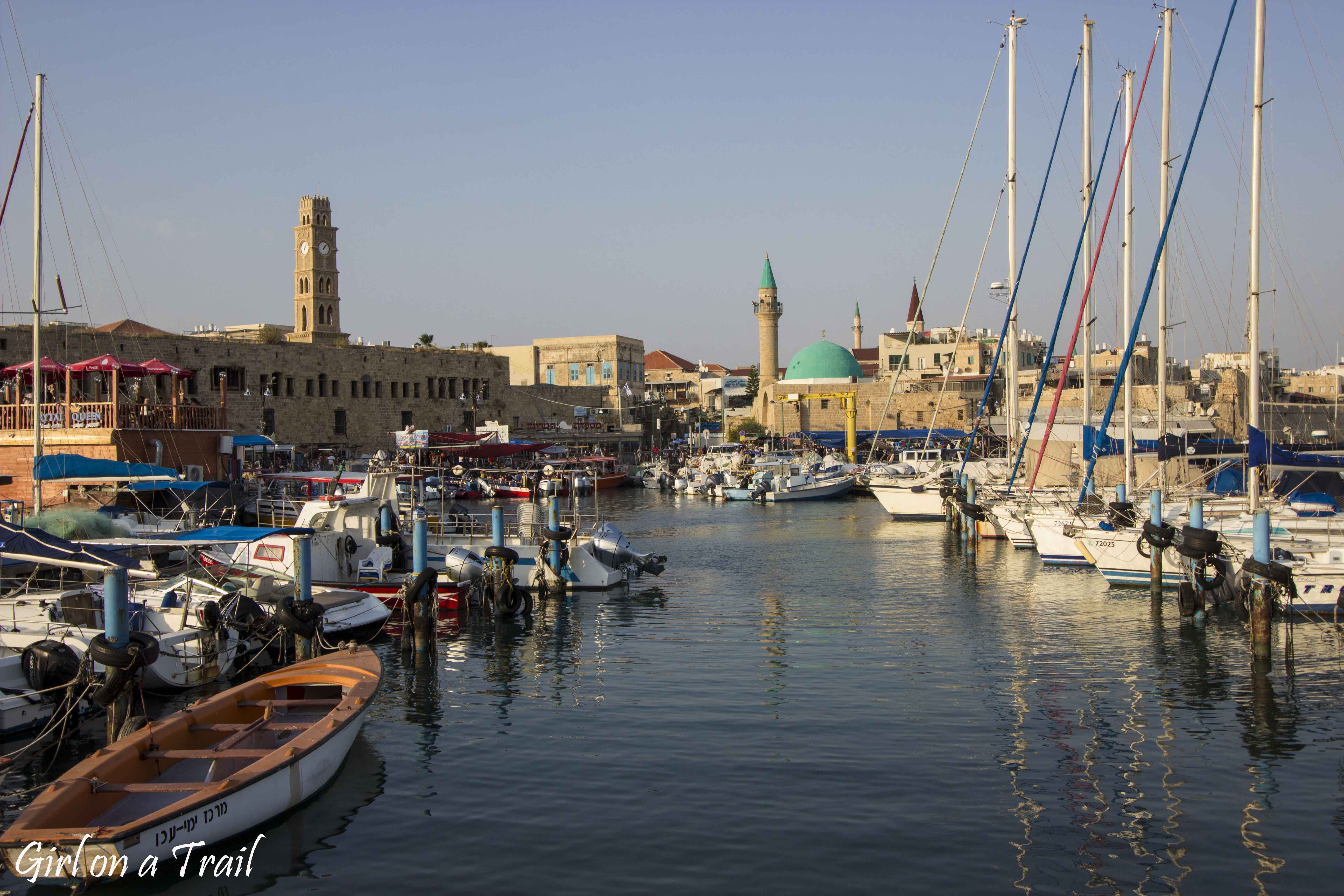 The old town is surrounded by a massive defensive wall from the Ottoman era. From the perspective of the walls, you can admire views of the port, citadel and the El Jazzara mosque, which can be recognized by the characteristic green dome. The port remembers the 6th century BC and is a symbol of the city. Acre is not a popular tourist destination. On the streets you can mostly meet locals, what makes this city even more interesting. 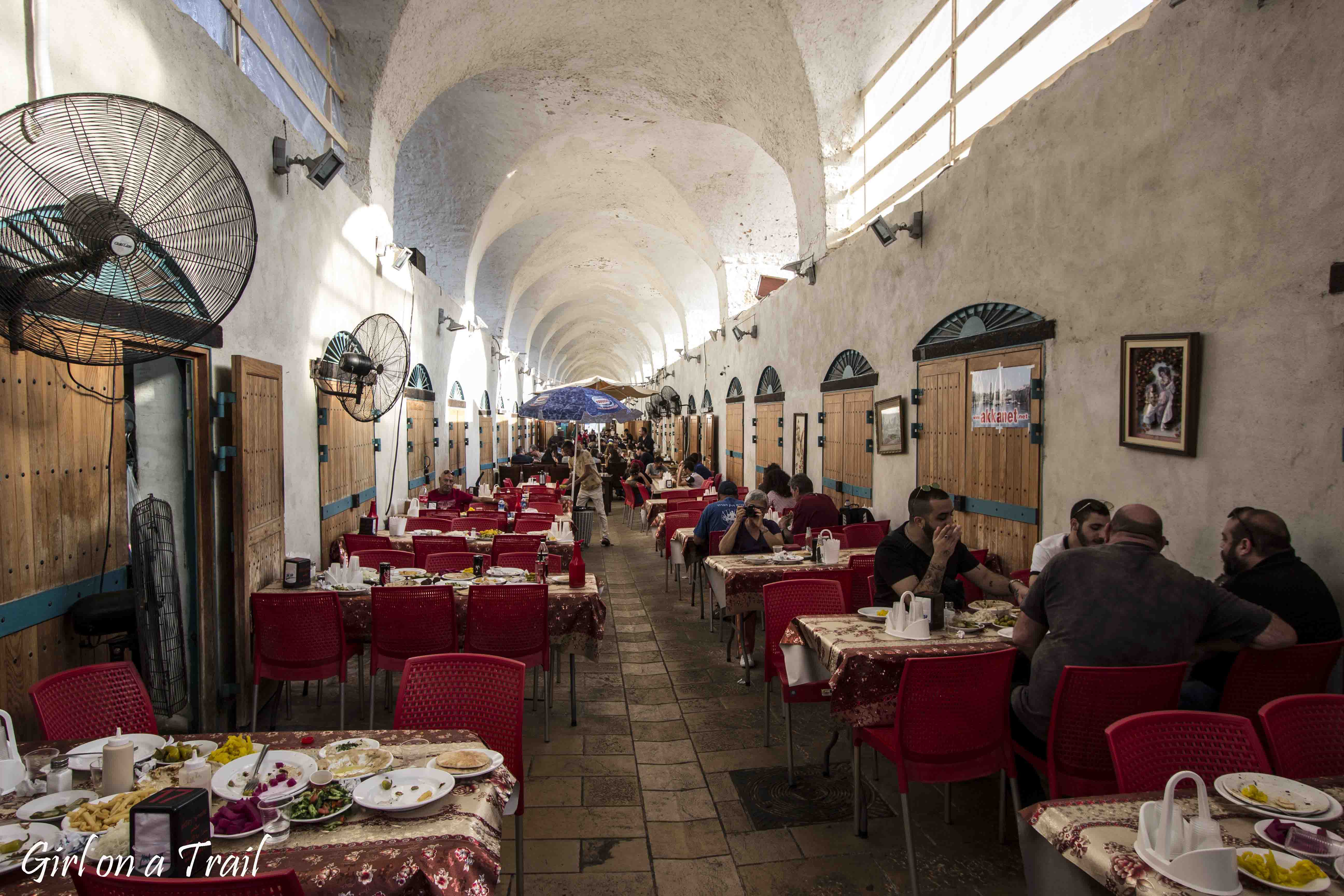 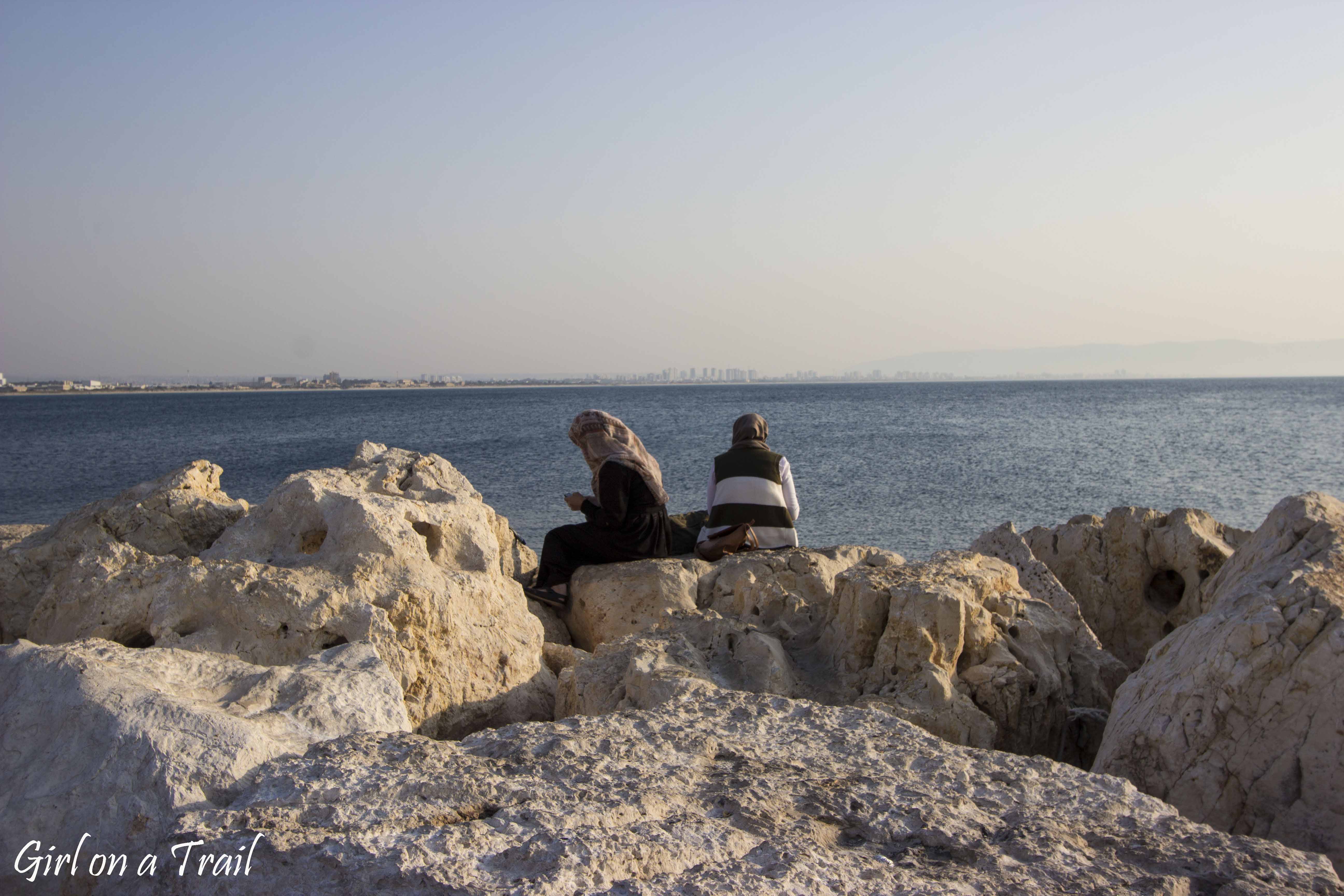 This place looks like typical Arab cities with narrow streets and countless stalls. Acre’s vibe can be best felt during a visit to the famous bazaar al-Abajd (White Bazaar). Here you can try some excellent local products: halvah, nougat-filled pralines, or homemade kibbeh (minced lamb and bulgur grits). 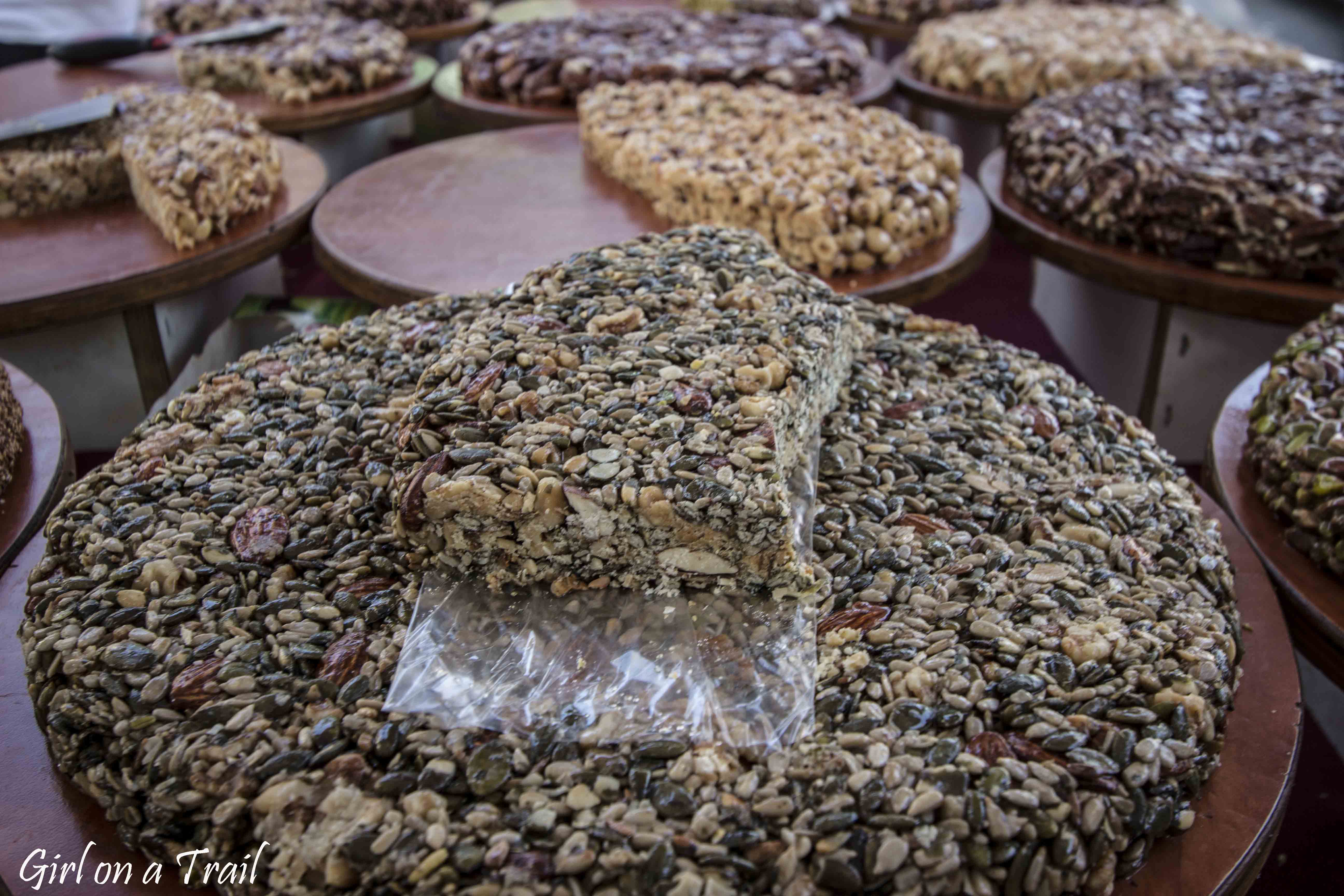 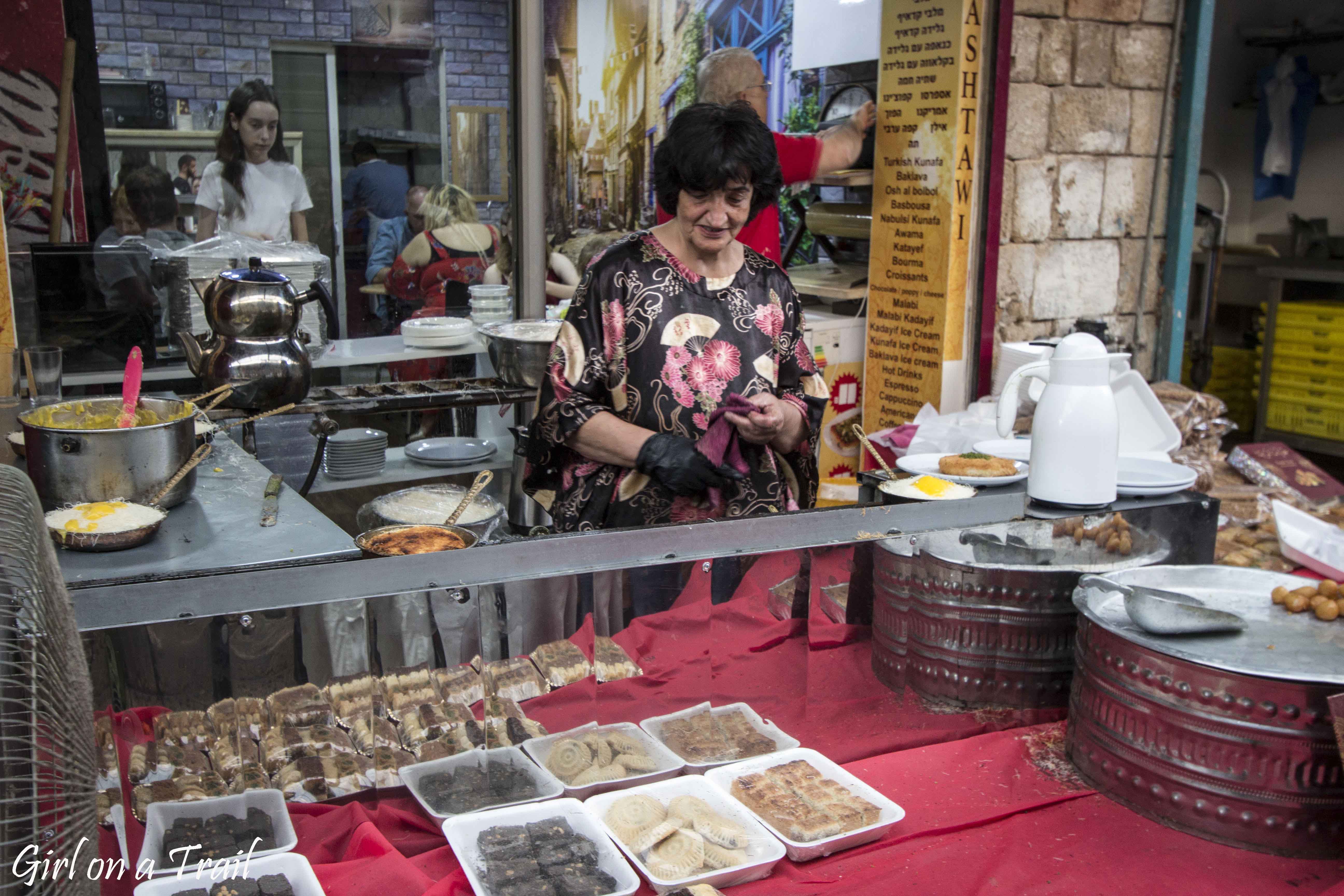 Acre is located only 17 km from the Lebanon border, where another amazing attraction of Israel – Rosh Hanikra’s grotto is located. Turquoise colour of water combined with white, high cliffs and underground caves are impressive. Nevertheless, the history of this place is also very interesting, I wrote about here. 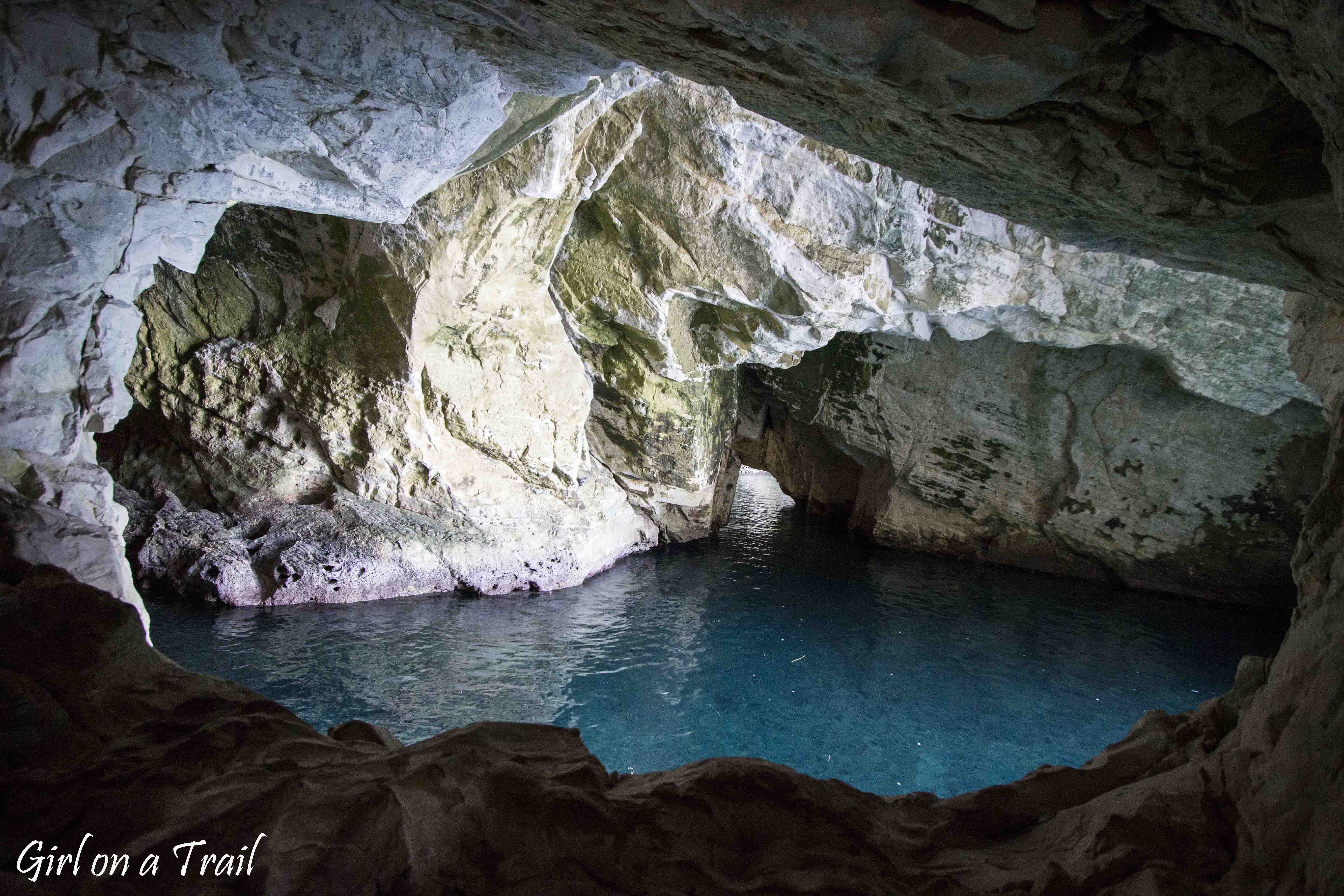 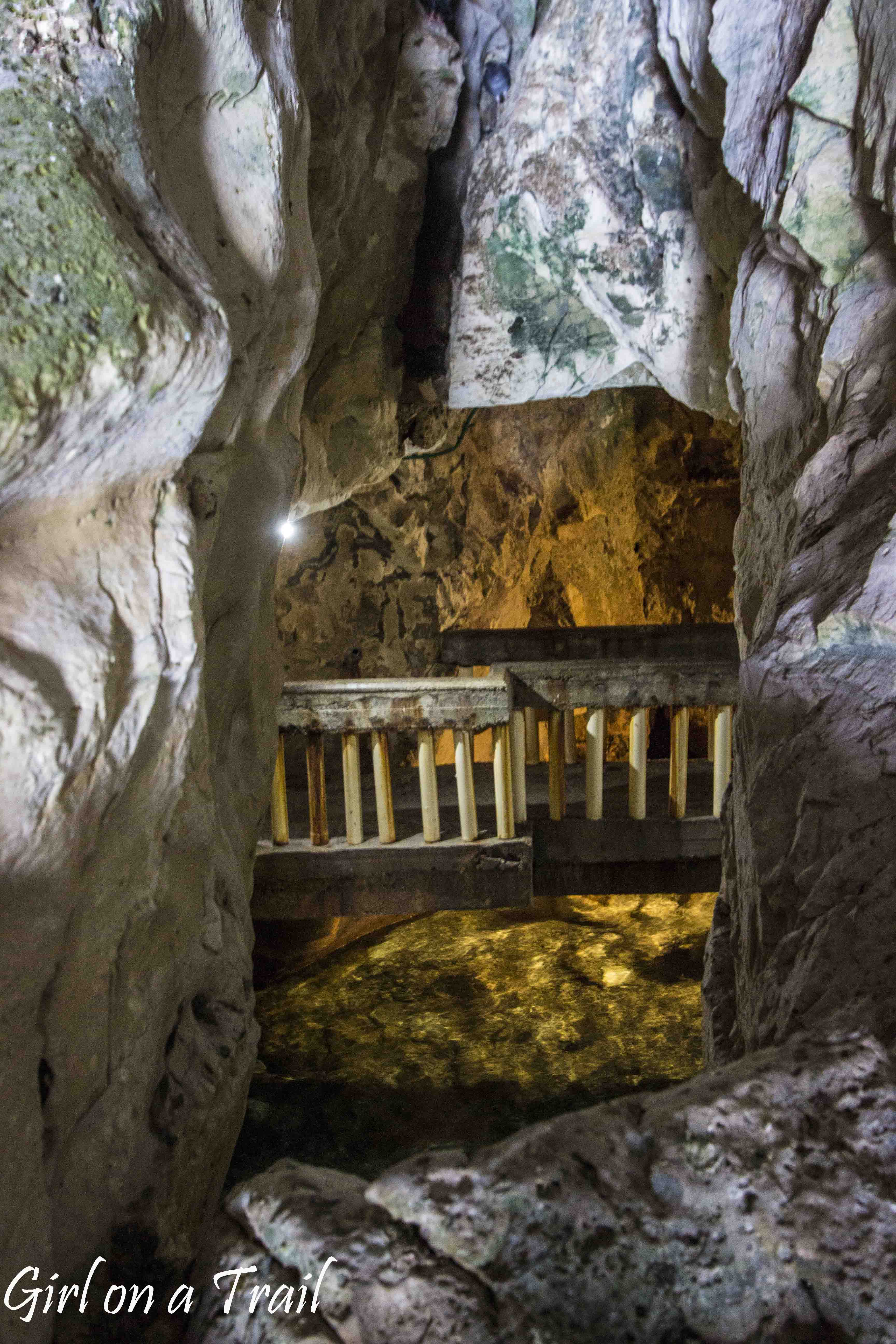 Makhtesh Ramon – is this the end of
prev next