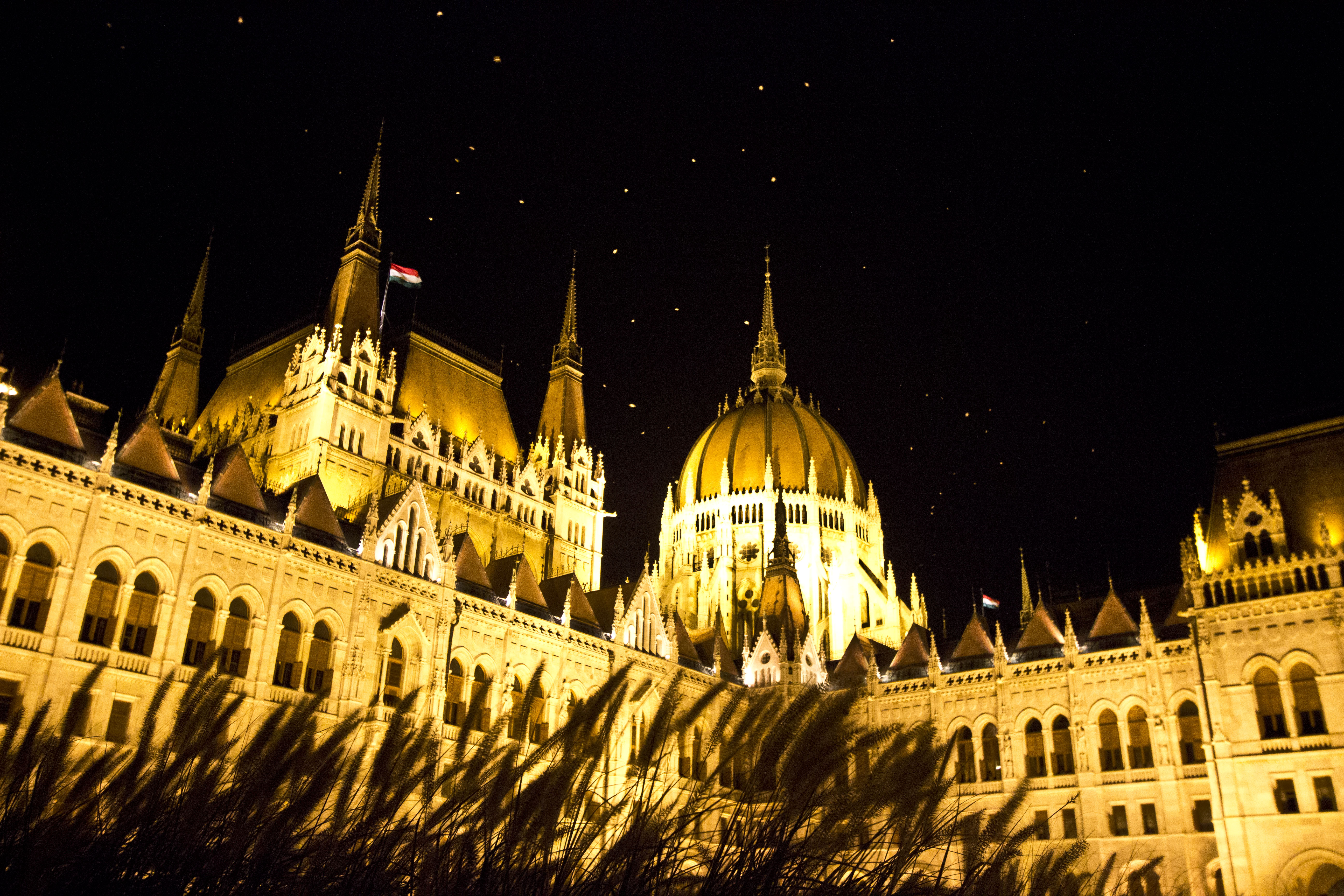 I haven’t taken me much time to decide which place in Budapest to choose for the first post about this city. The one obvious and the most characteristic point which comes to my mind is Hungarian Parliament. 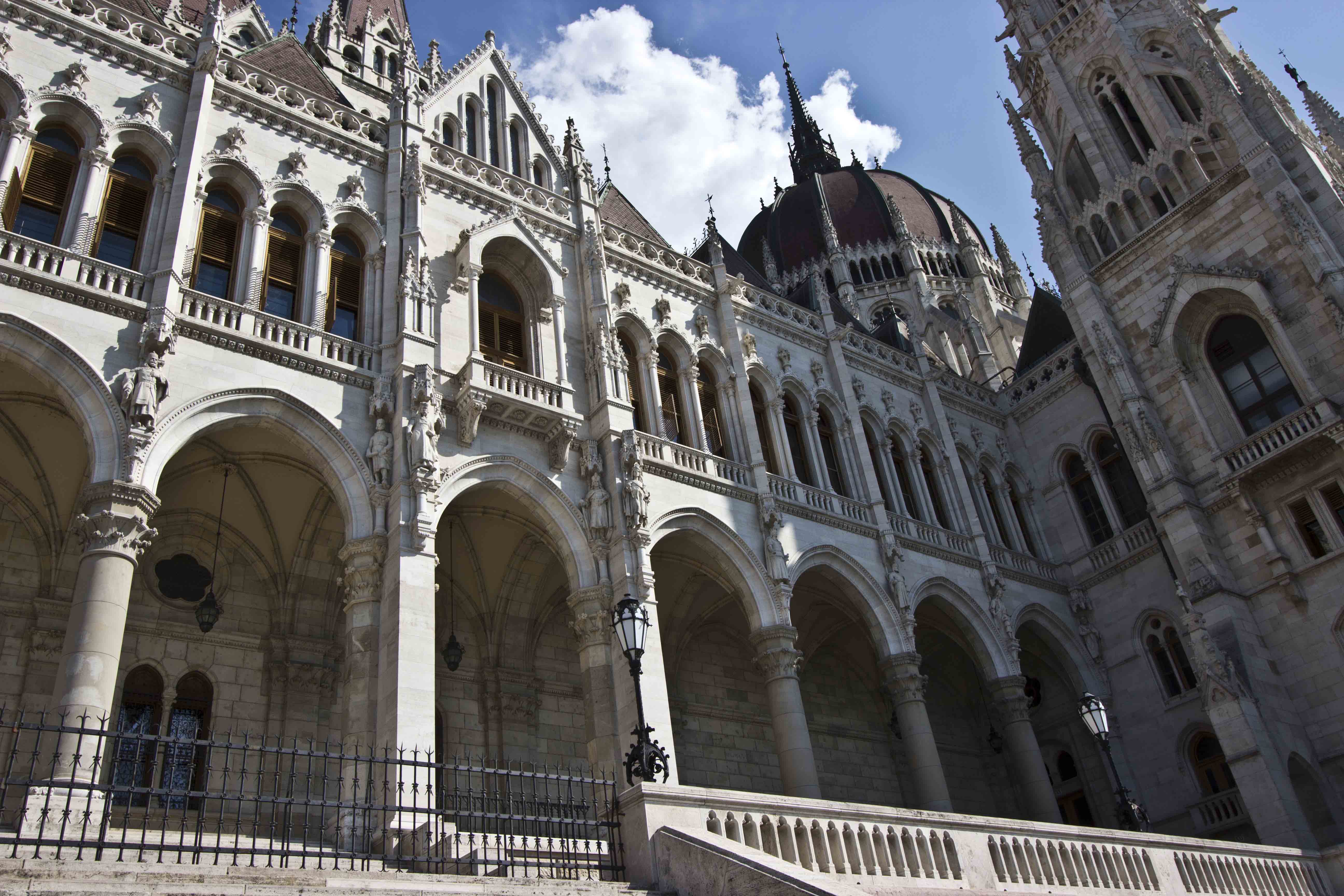 It’s situated on the Danube bank, between two bridges – Széchenyi Chain Bridge and Margaret Bridge. Practically, in view of its height and size, it can be seen from every place in Budapest. 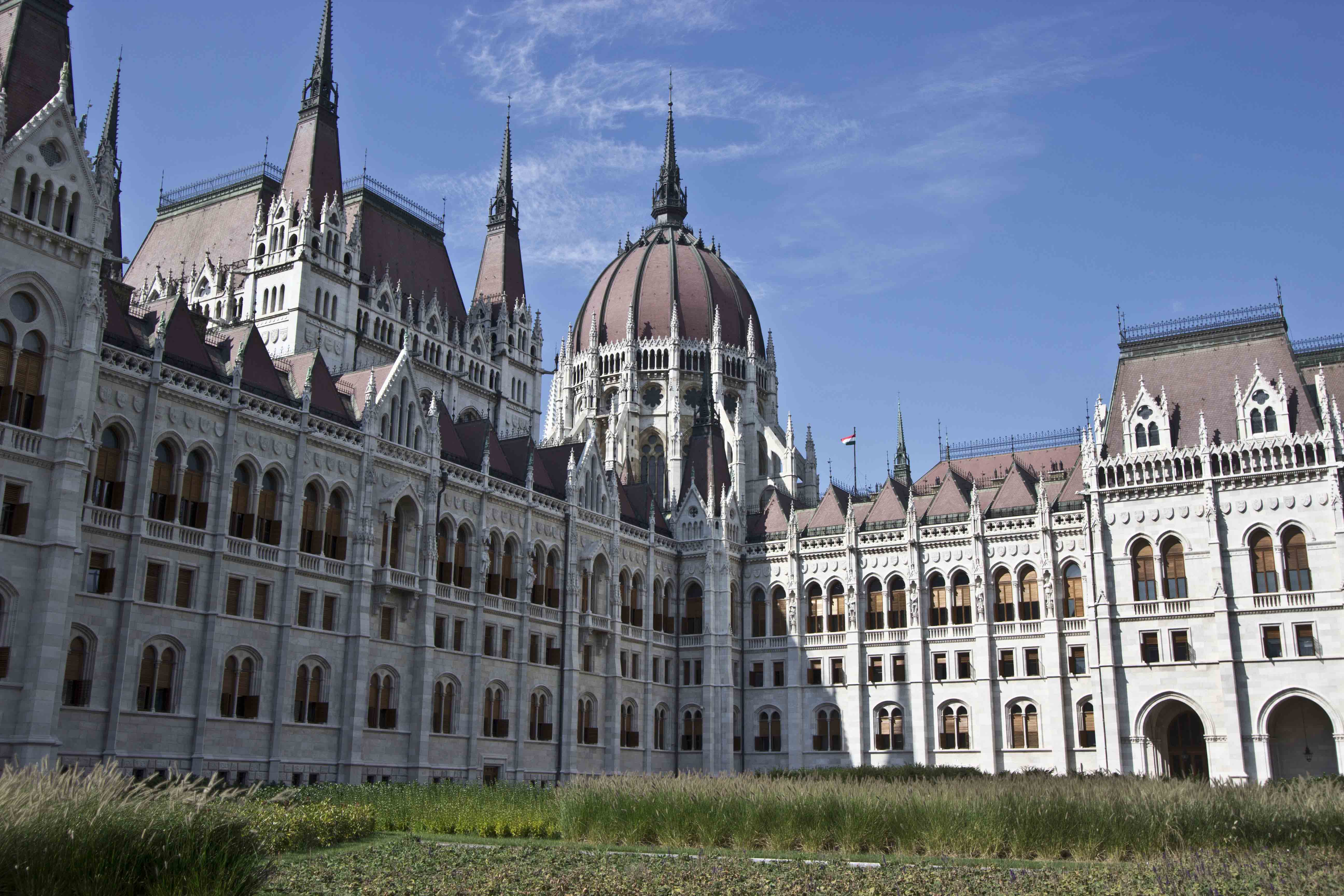 Togehter with St. Stephens Cathedral, it’s the highest building in the Hungarian Capital. Both are 96m high and this height refers to the year 896, when Hungarian country was settled. 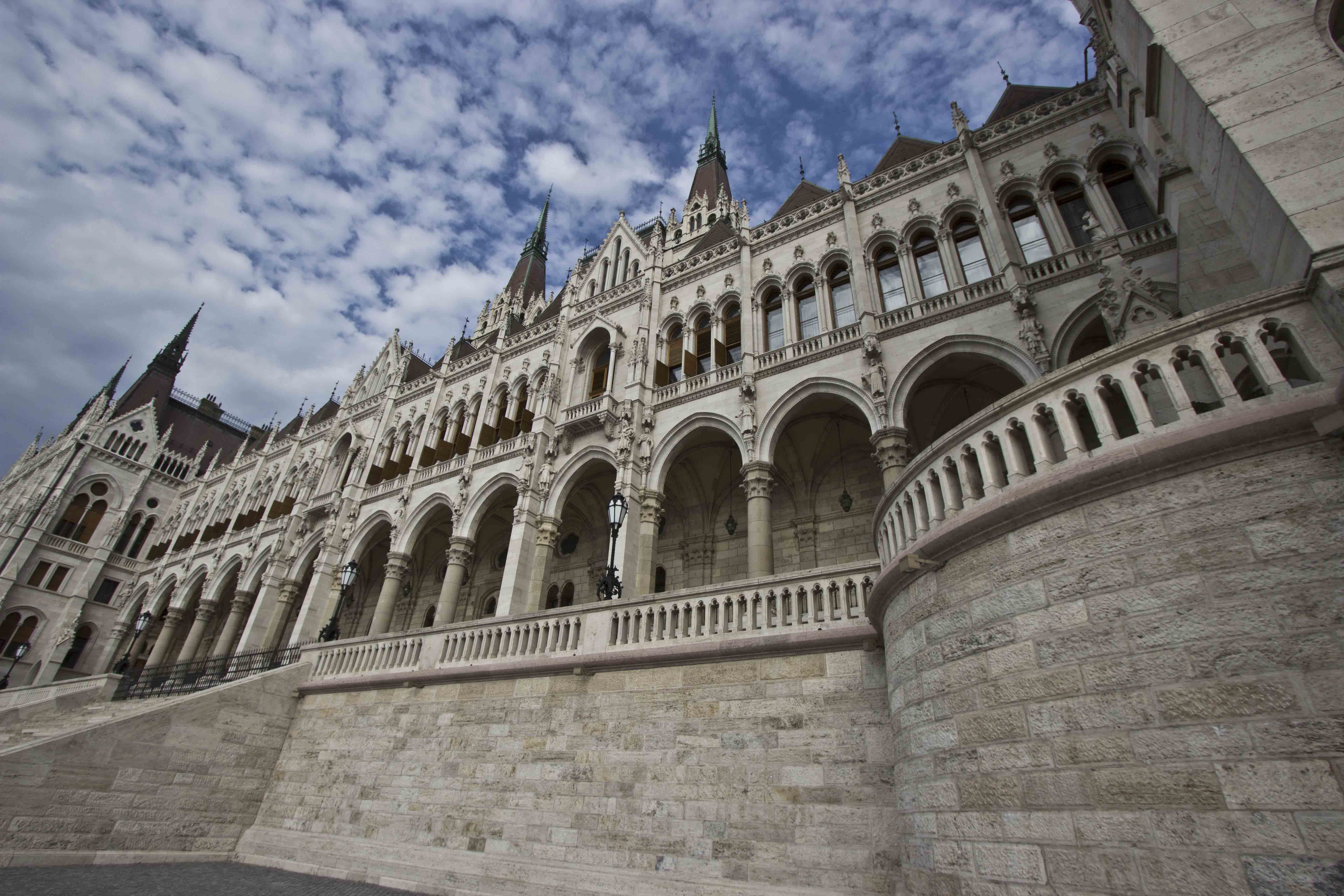 Parliament building is built from light limestone  and it consists of 365 Gothic turrets. The façade is decorated with well- known figures connected with Hungarian history. It’s well worth coming here also in the evening, when the Parliament is beautifully lit. 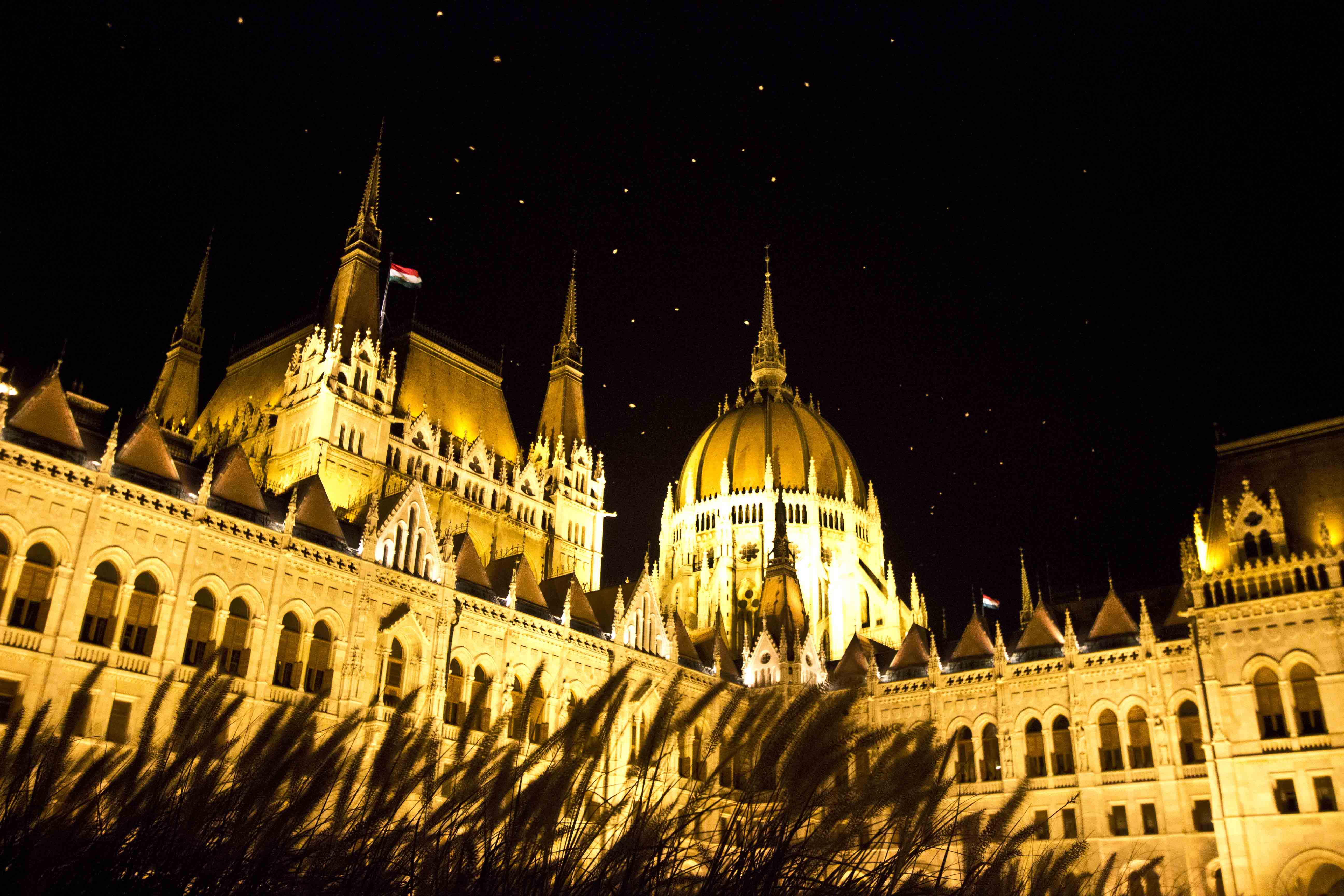 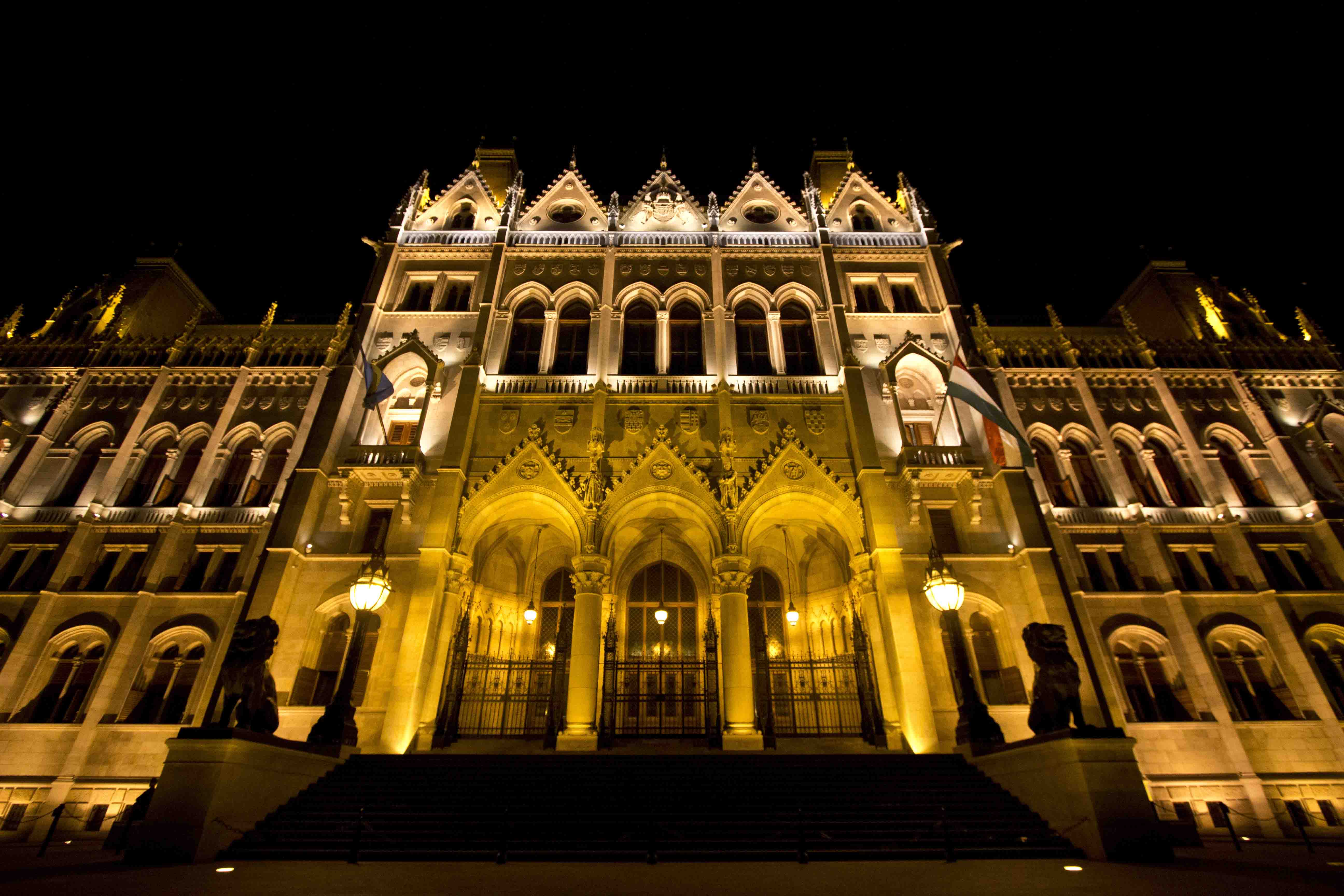 So, how does the interior of the Parliament look like? Is it equally amazing as its exterior? 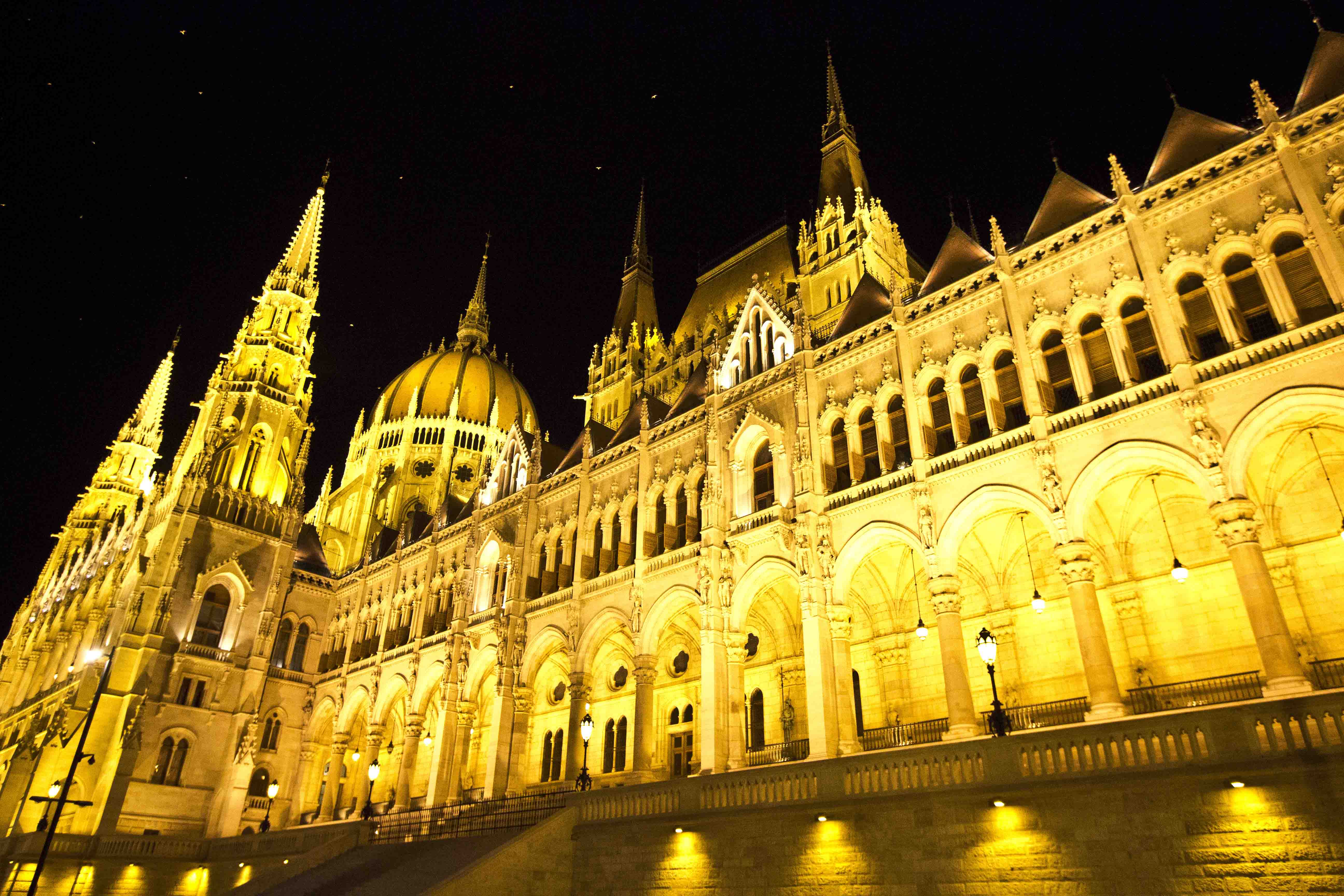 Visiting the Parliament is possible only with an organized trip. The route leads through the most important, beautifully decorated rooms. Marbled staircases, long corridors, and incrusted with gold ceilings are impressive, especially taking into account the amount of the gold which was used there. It’s estimated that around 40 kg of 22-23 carat gold was used there. 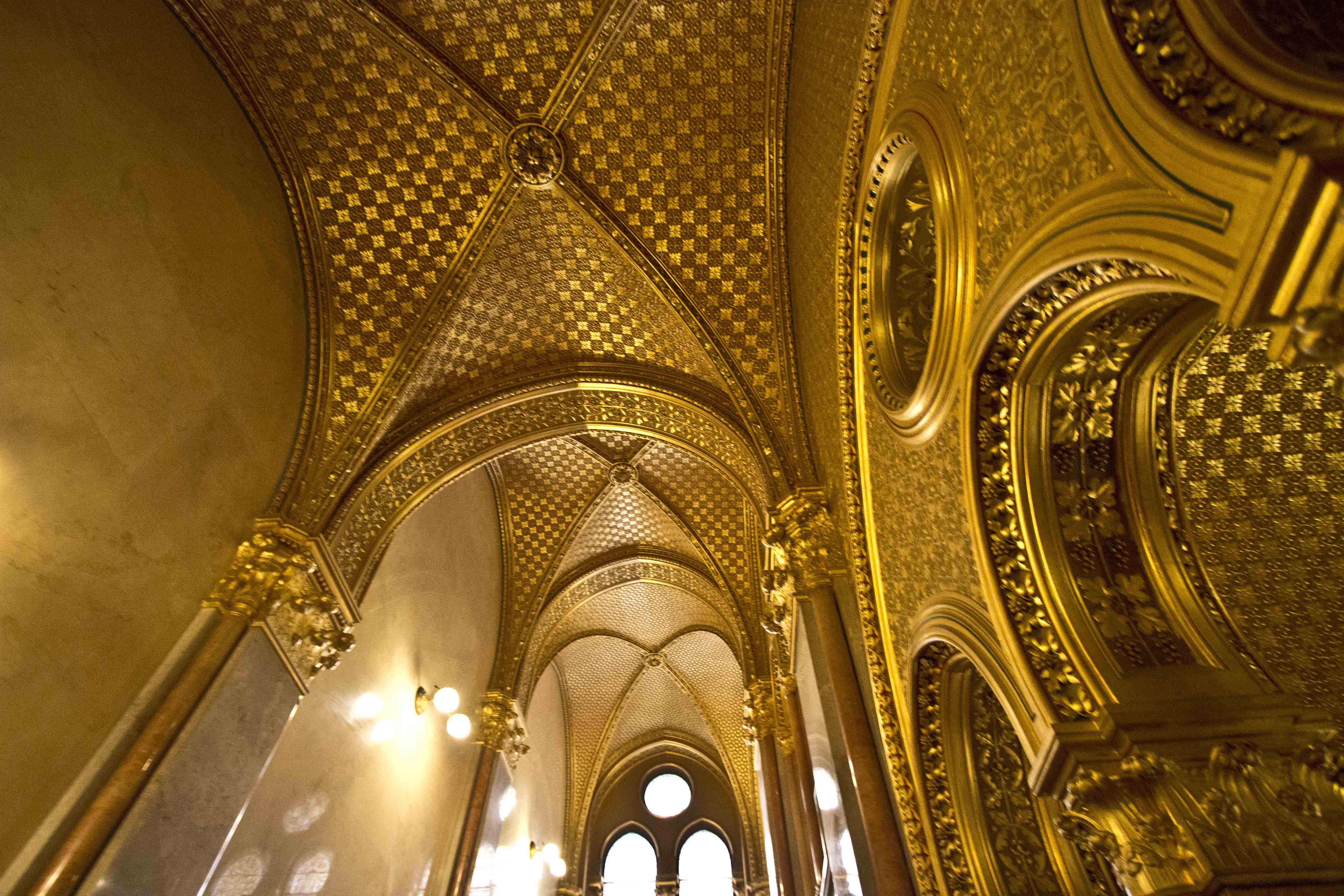 The first point is the Main Staircase. Don’t be tricked by its name, which brings to mind rather simple decoration. In fact, it’s a huge hall, dazzling with the amount of gold, rich ornamentation and original stained glass. Everything here is made from Hungarian materials with the exception of 8 huge, granite columns – gift from Swedish King. Currently, the main entrance to the Parliament, which leads through this hall is used only during important events. 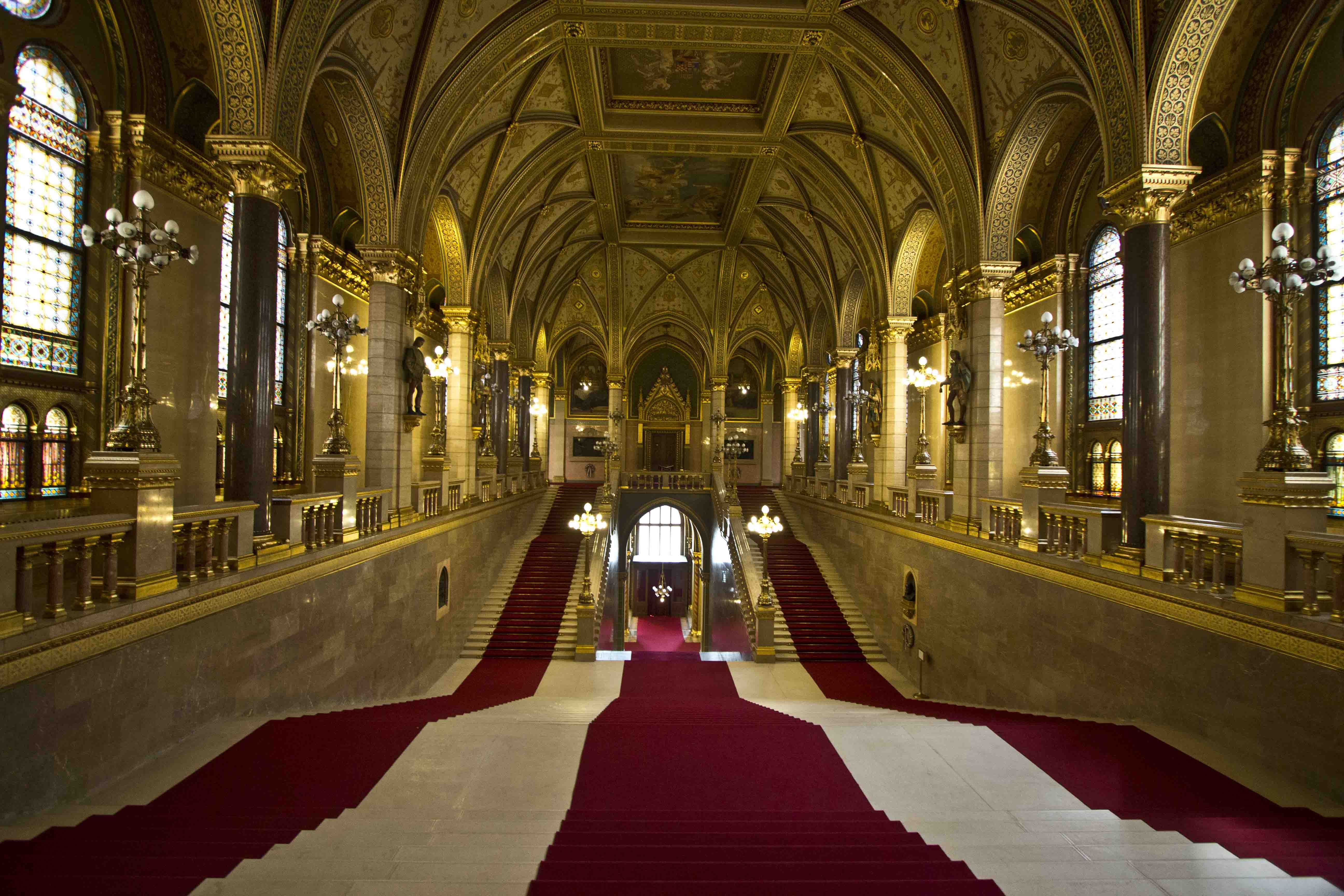 Glamorous entrance to the Parliament leads to the main room, so called Dome Hall, located just under the characteristic cupola. In the center you can see St. Stephen’s Crown. It’s guarded by two guards and you taking photos there is strictly prohibited, in view of its rough history. 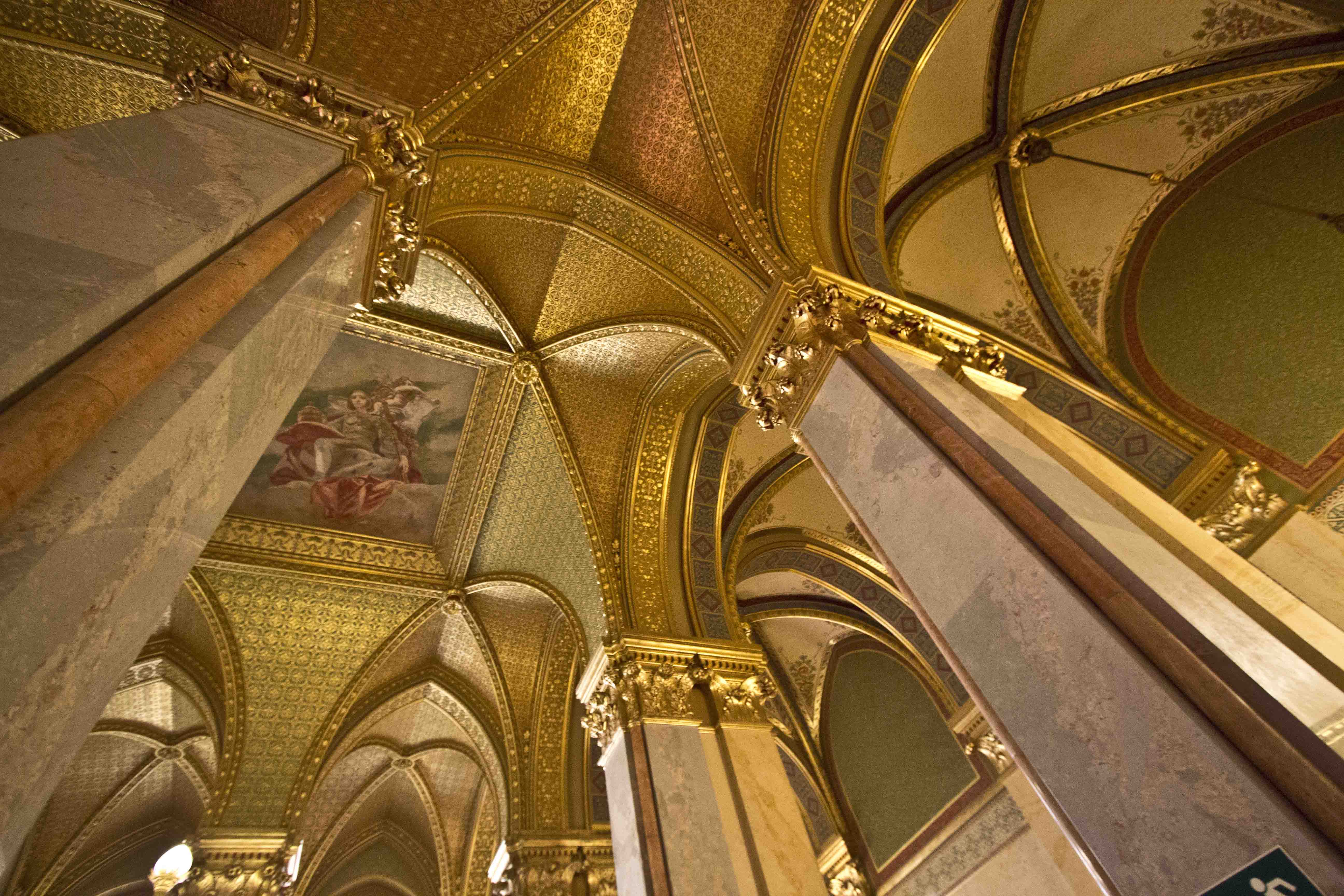 Last but not least point is the Parliament boardroom. What’s  interesting, here was used the first central heating/aircon system in Europe. Just beneath the boardroom floor, the special system is installed. In order to cool the room during summer, the water from fountain was used but after its dismantling, the same effect was being obtained by filling the pipes with ice. Analogously, in winter the system was  filled with water, which was heated in the nearby building. 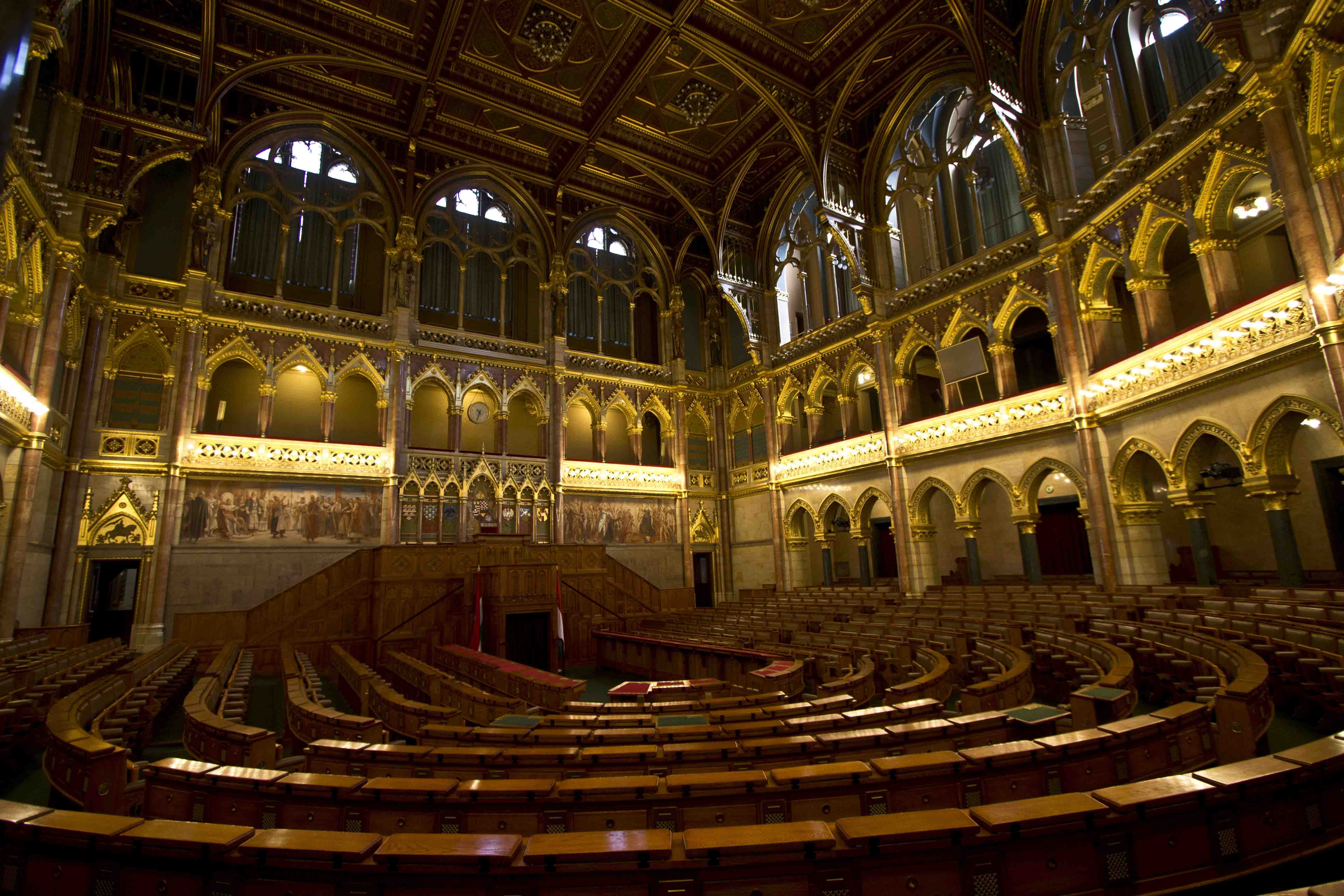 Another interesting things are also ashtrays which are located in the corridor, close to the plenary hall. Every its part has a number, in order to ease  deputies to find their cigars. 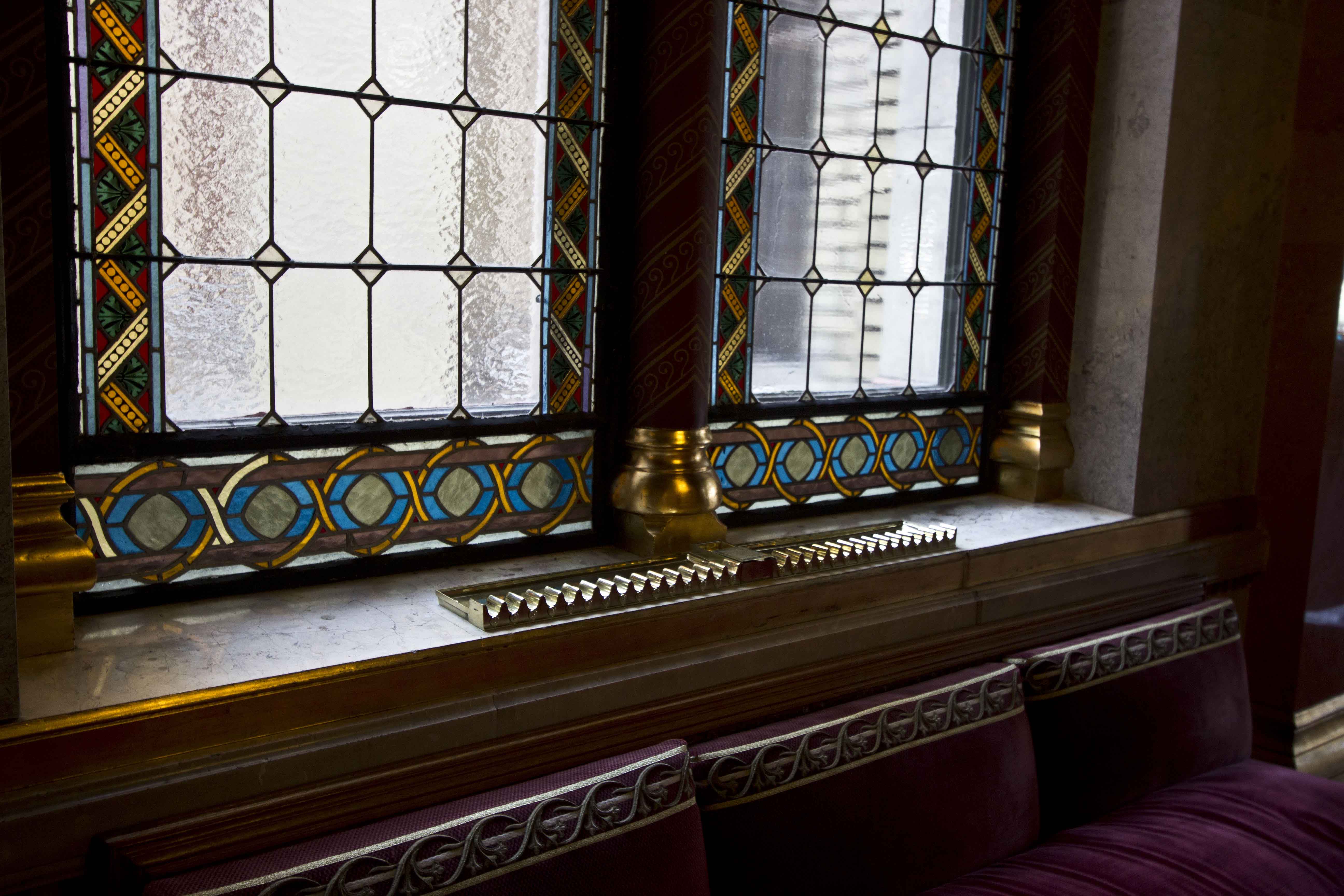 Tickets can be bought inside the Parliament, but I recommend to do it via Internet. Normal ticket for UE citizens costs 2200 HUF (data from 2016). Visiting takes around 45 minutes and they are available in: English, Russian, French and some other languages. More info you’ll find here. 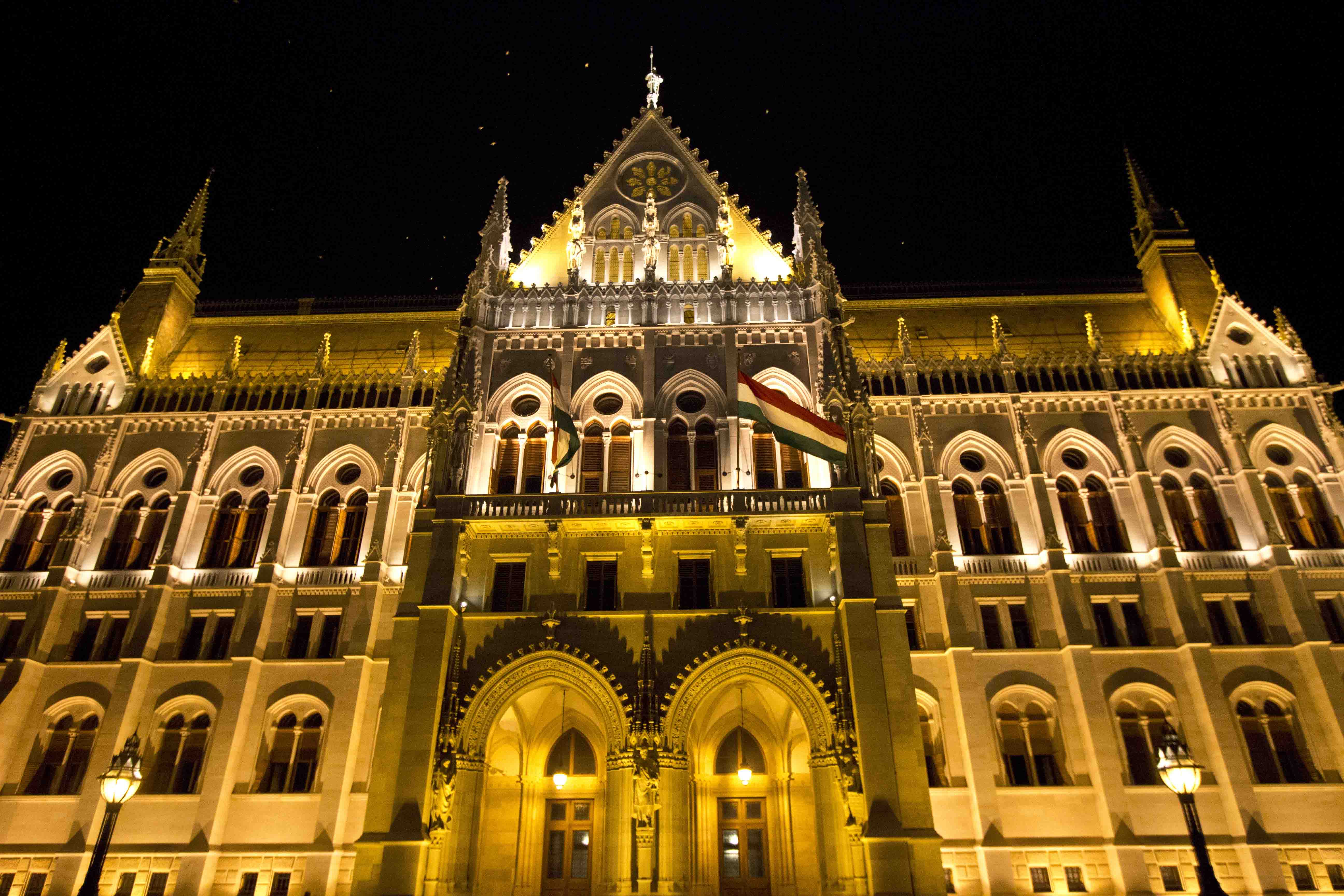 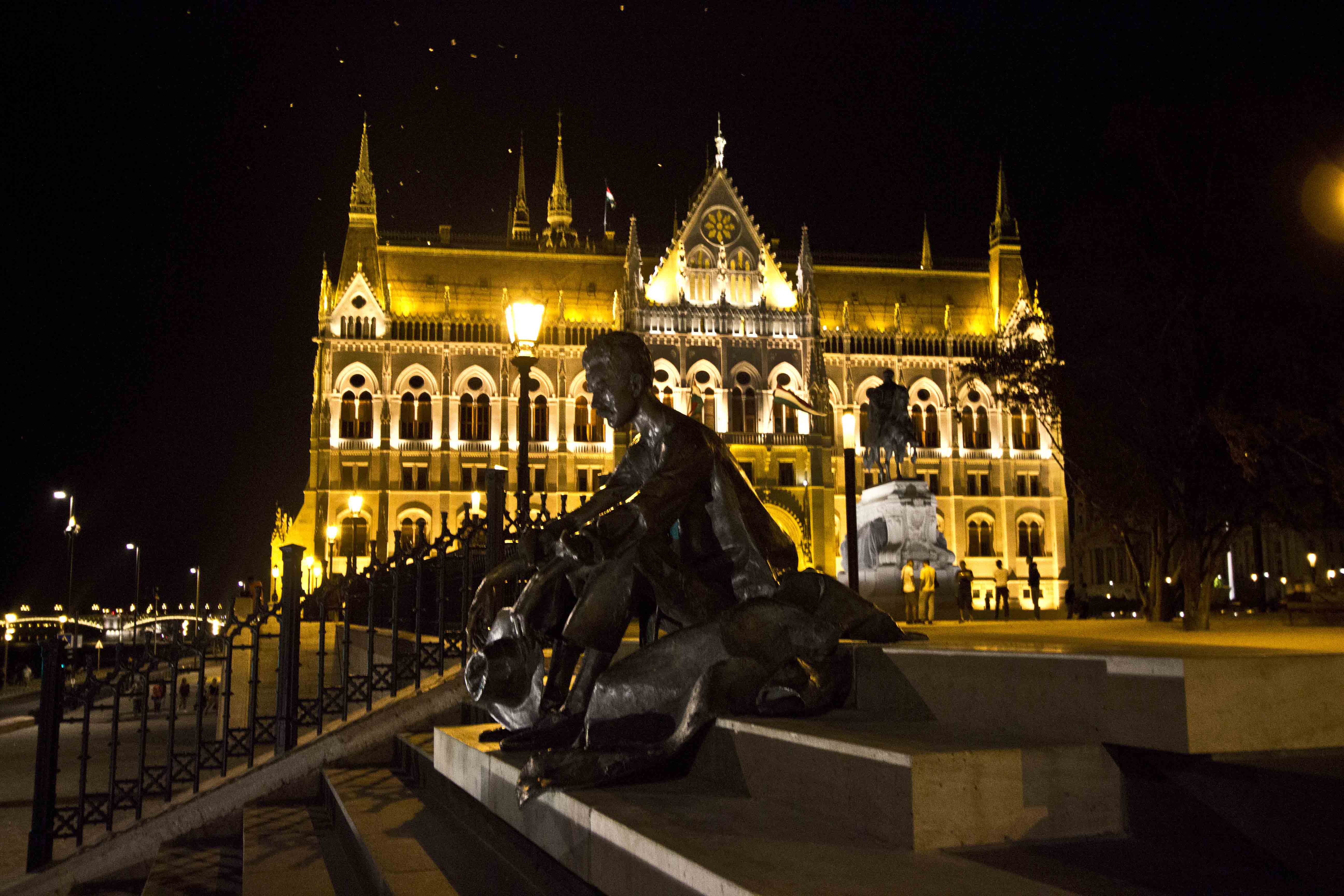 Budapest – 15 reasons why I love this place