Venice arises contradictory emotions. Some love it for beautiful architecture and romantic channels while others hate it. It was created about 1500 years ago and has remained unchanged up to this days. The phenomenon of the Venice is that it was built on the marshland. The location of the city on the unstable ground was possible thanks to special wooden stakes that guarantee the stability of the construction of the buildings. 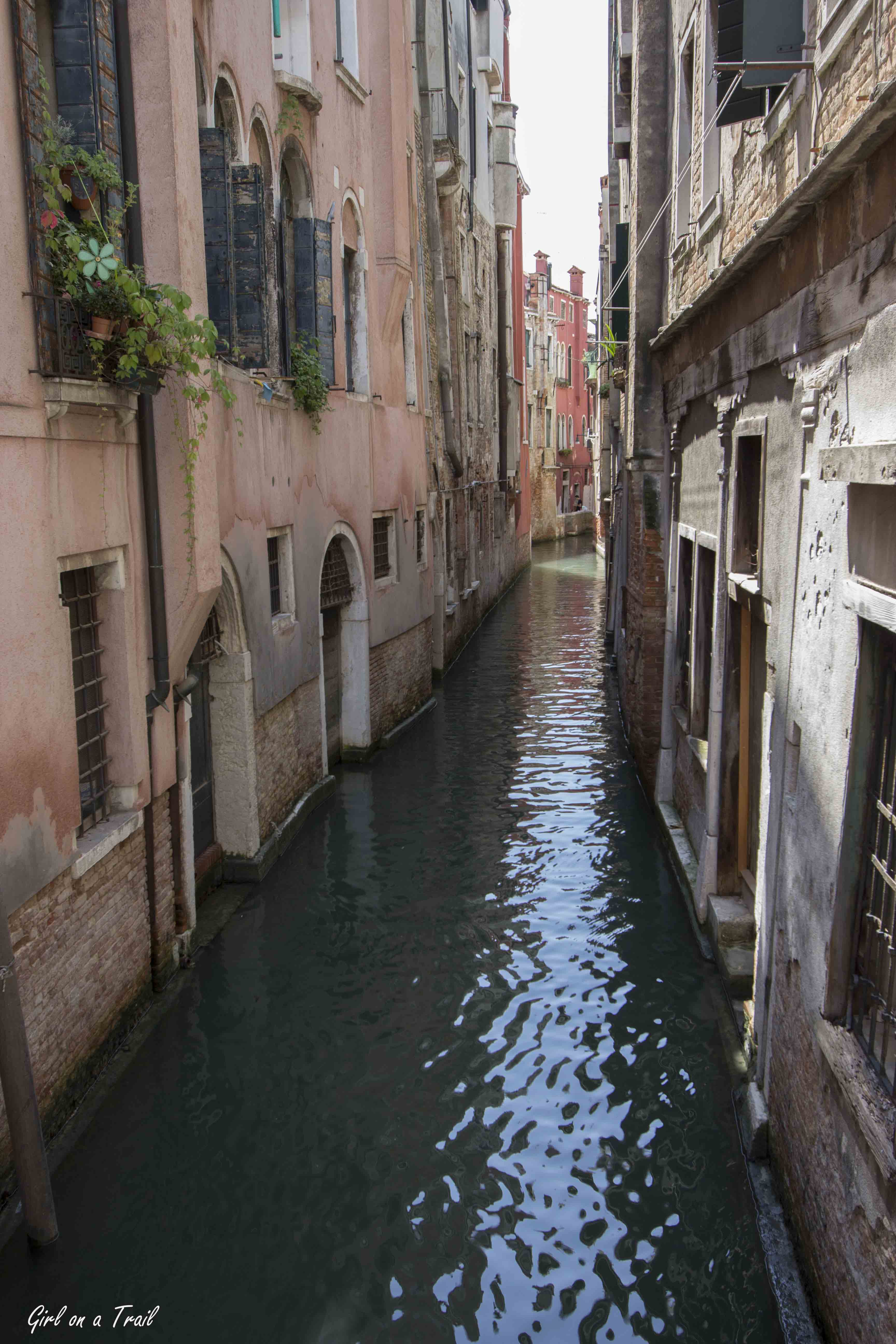 Mainly alder stakes were used to build Venice. Wood of this kind is characterised by high resistance, and in addition, it doesn’t rot when immersed in water, without oxygen supplies. 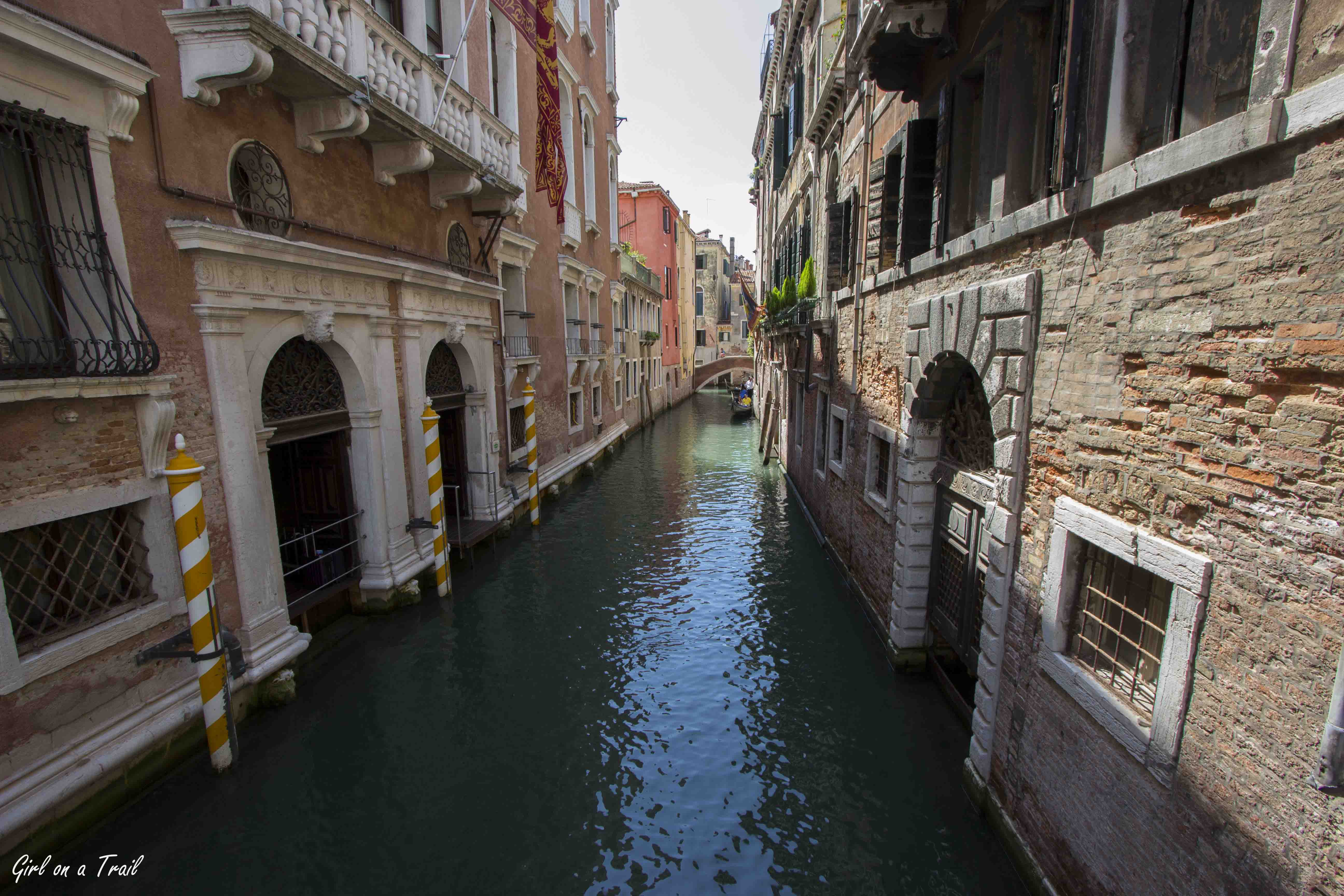 Venice is constantly threaten by flood. A popular phenomenon here is so called Aqua alta, which means high water. It occurs when a tidal wave exceeds 9 cm of its normal level. The most vulnerable place to aqua alta is St. Mark’s Square which is located on the lower level. 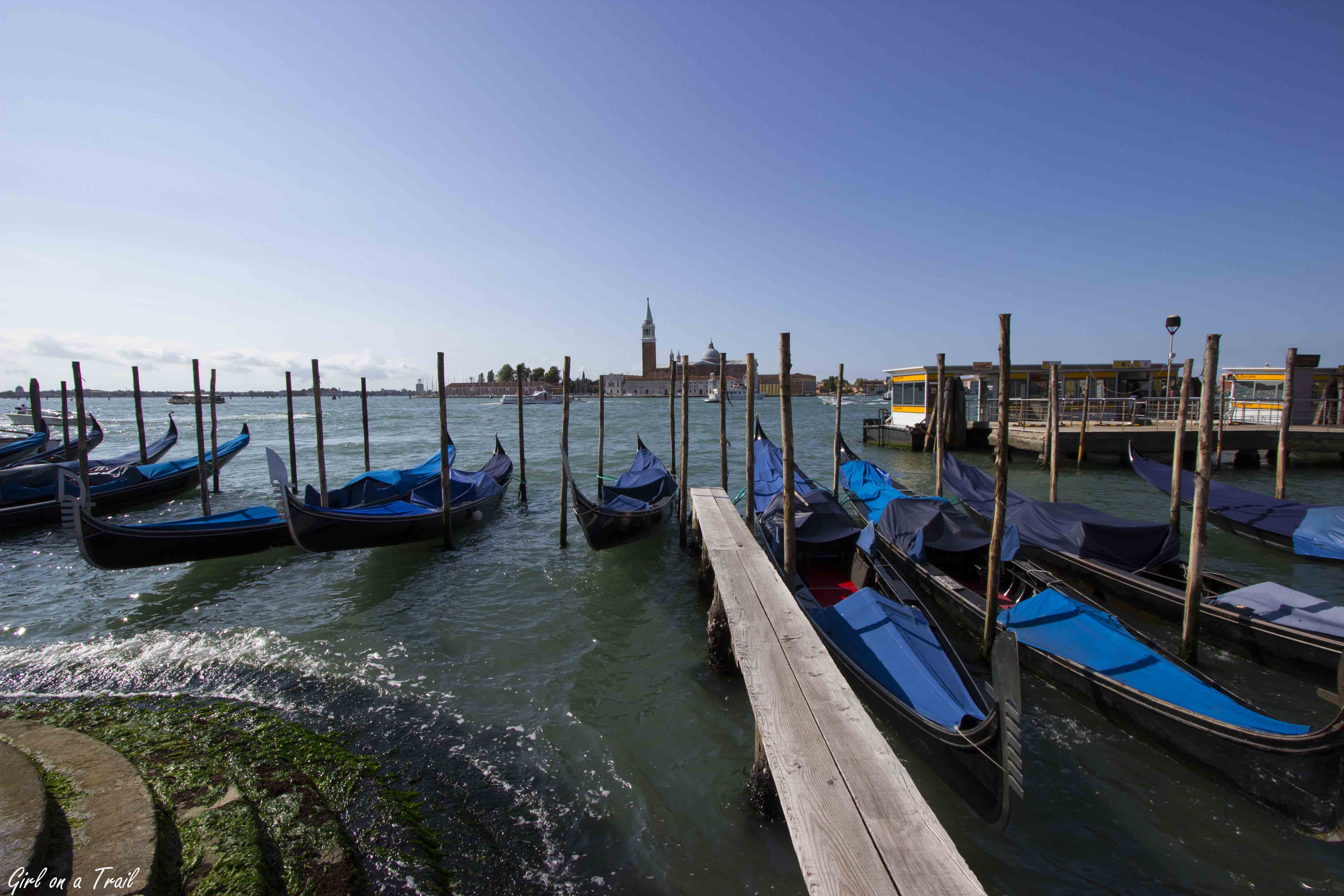 According to the calculations, the city sinks at 1 to 2 mm every year. Currently a huge, expensive project called Mose is under way. It includes the construction of moving barriers that will be able to stop the flood. At the same time, the speed of the motor boats is limited, due to the fact that they enrich the water with oxygen and speed up the erosion of wood stakes on which buildings are built. 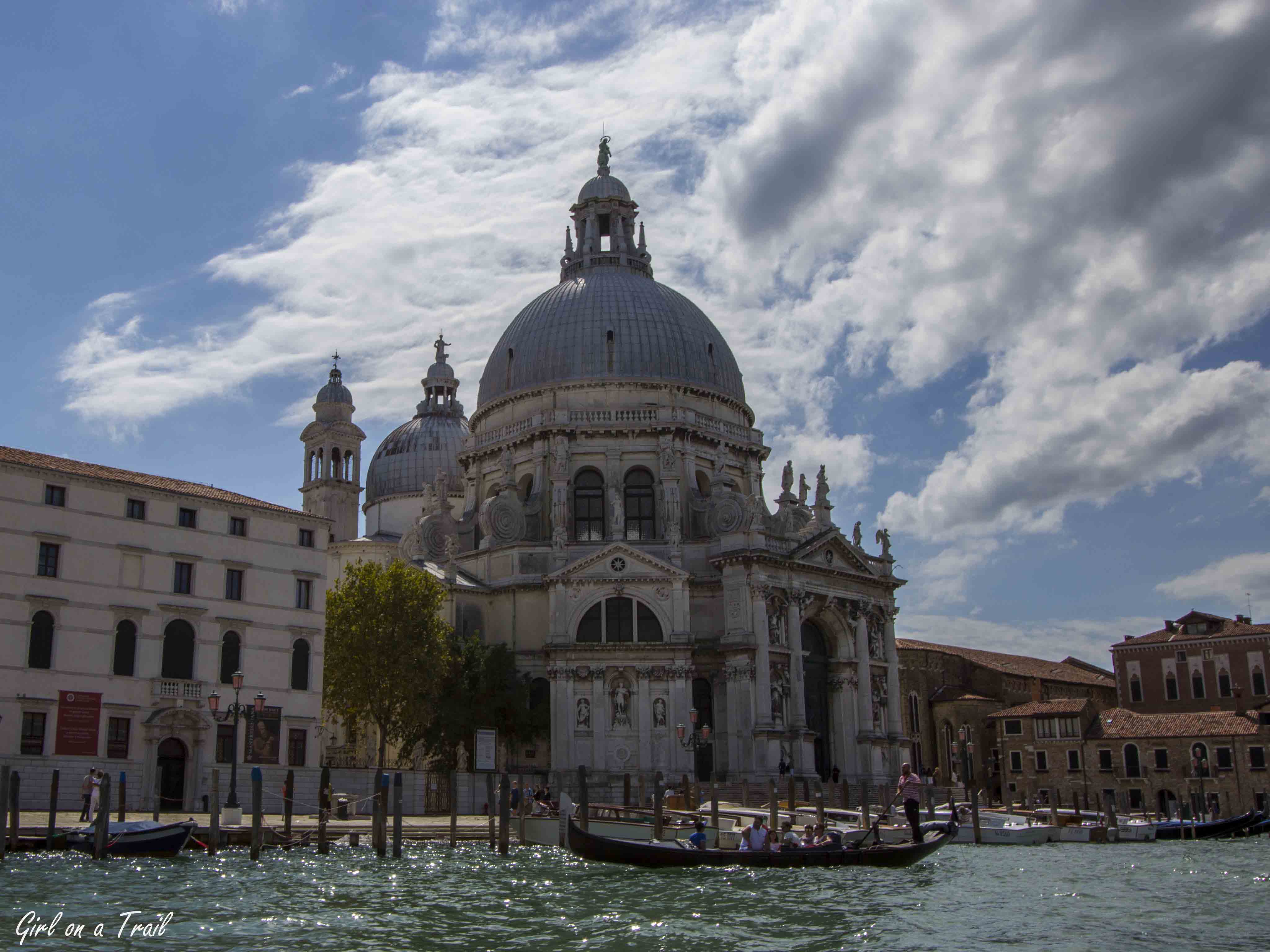 The scale of this phenomenon can be imagined, given the number of tourists and the fact that using cars is banned in Venice. Transport among around 120 islands is performed via 177 channels. There are water taxis, water trams and famous gondolas. 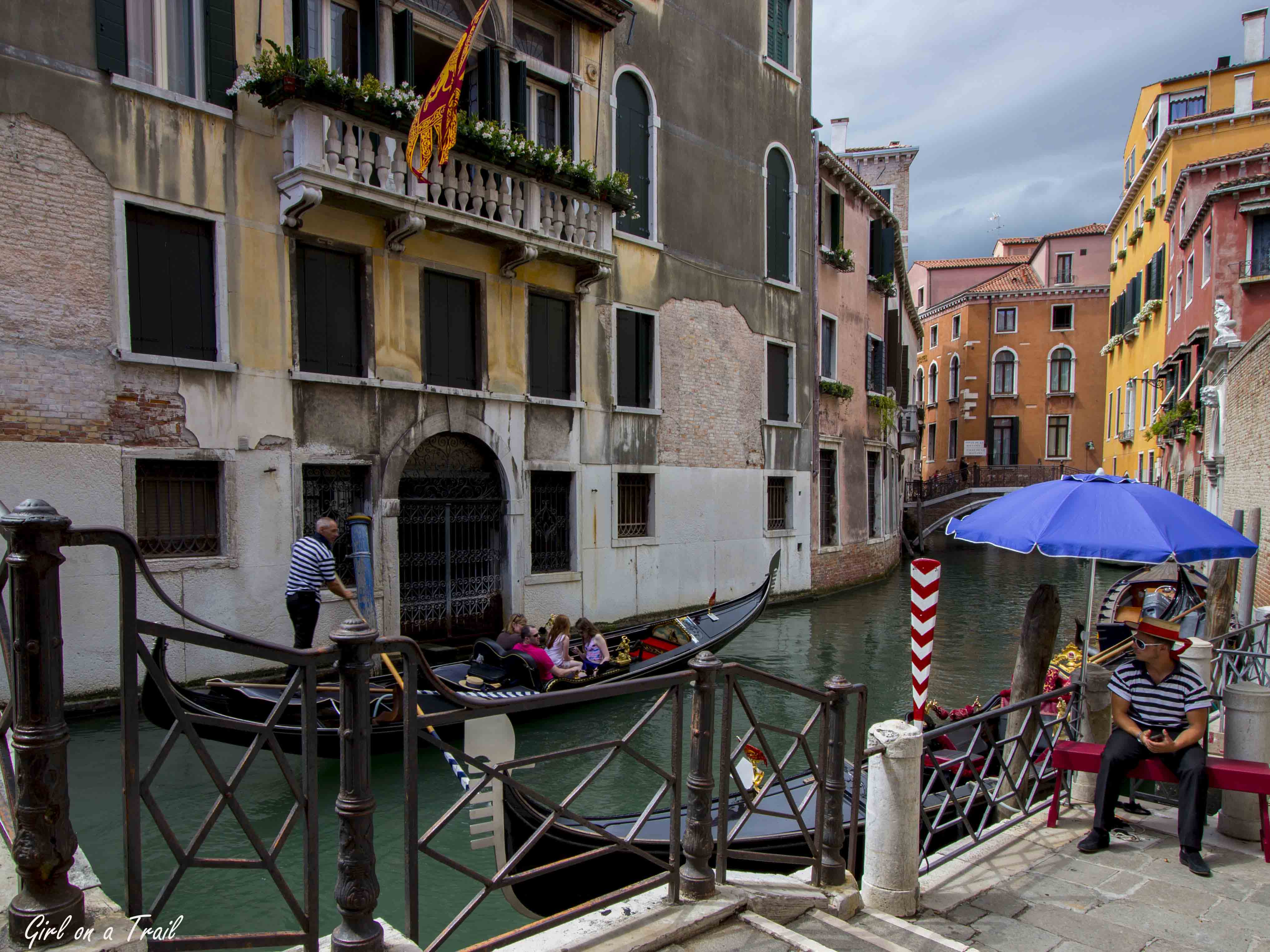 In the black gondola…

Gondola ride isn’t a cheap attraction, a 40-minute tour costs about 40 €. the price increases depending on the time of day and during the holidays. 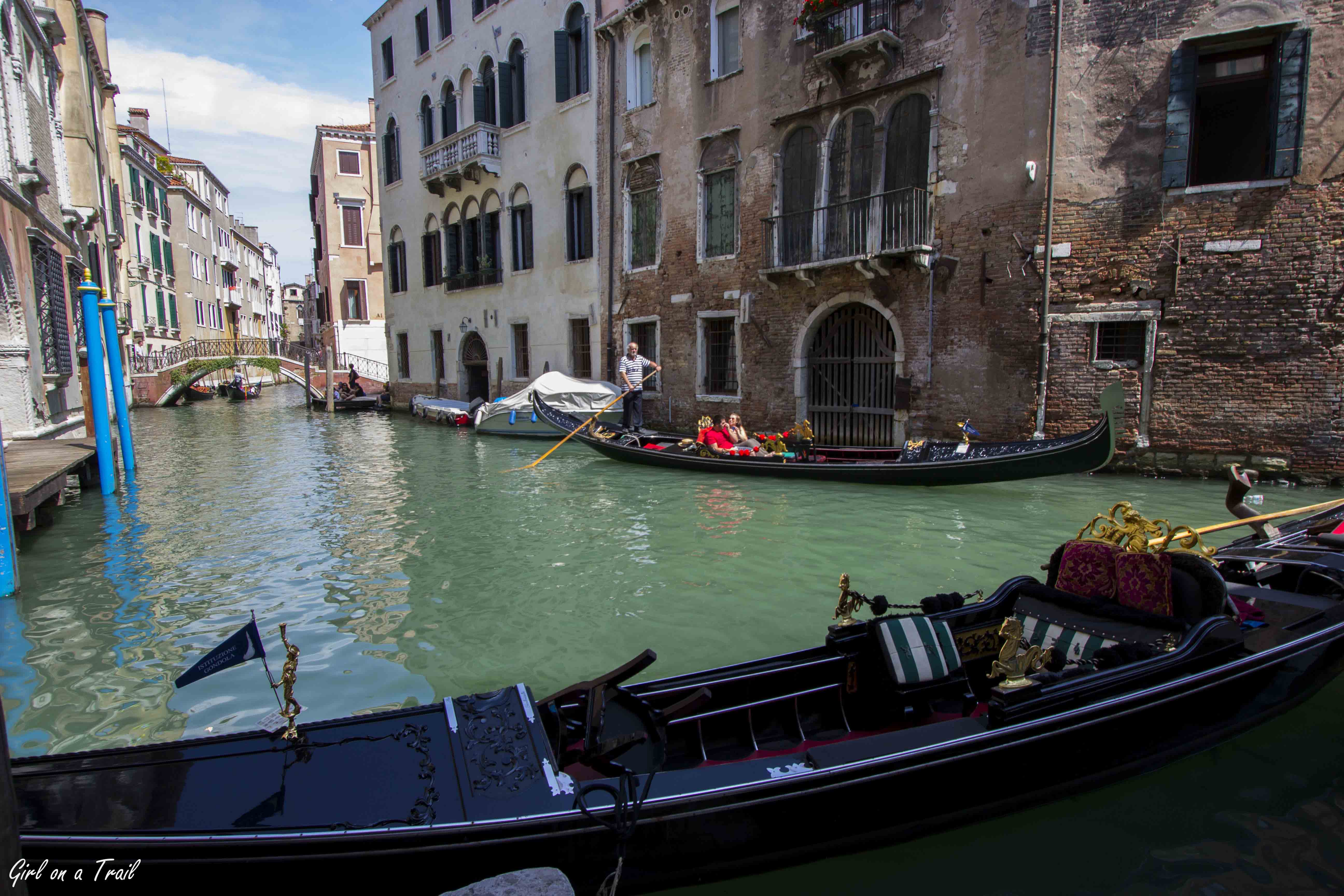 Gondoliers are the best-paid professional group in Venice. People wishing to obtain a license have to pass a difficult exams including a check of the navigating skills and the knowledge about Venice history. In practice, only 3-4 people per year get the license. More interesting, in 2010 the first woman joined to the prestigious group of only 400 gondoliers. 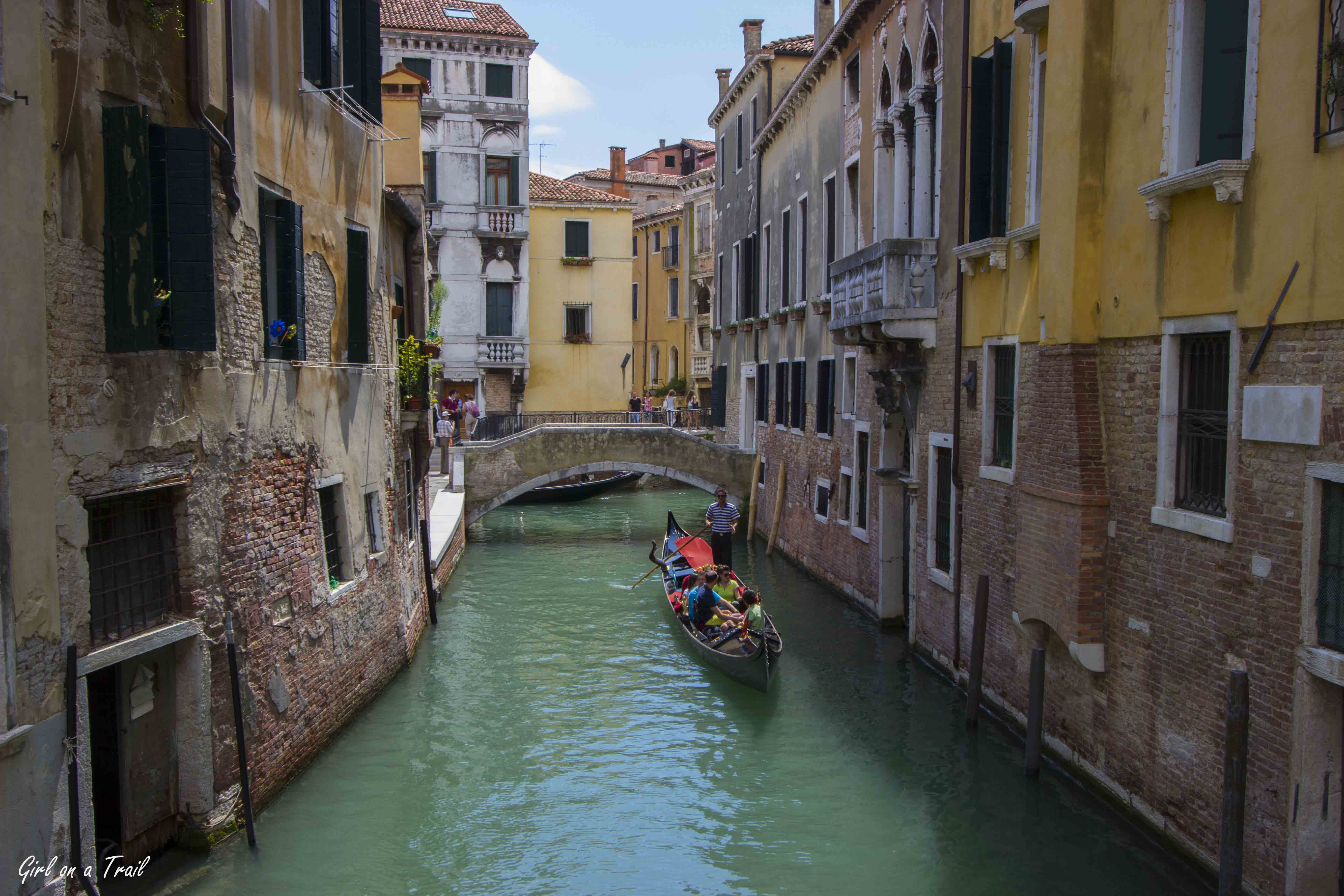 Venetian law requires the gondolas have to be black. It’s not allowed to paint them in other colours to encourage more customers. 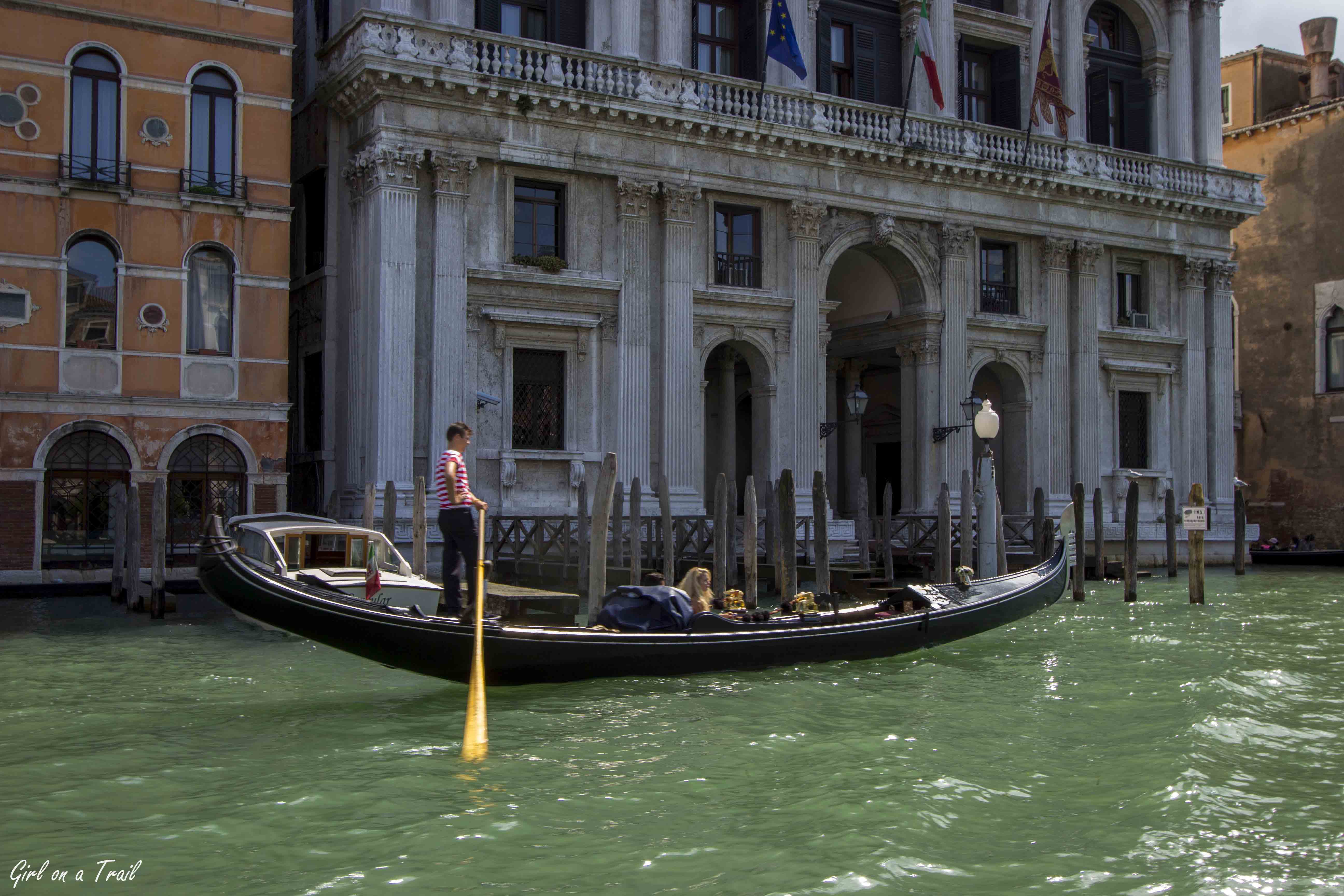 To see the city from a water perspective, it’s best to use public communication – water tram, called vaporetto. 75 minute ride ticket costs 7,5 € (data from 2018). Daily ticket costs 20€, two – day ticket  30€, and three-day 40€. Current prices you can check here. List of stops you can find here  and the schedule is here. Tickets can be bought in slots or kiosks at stops. 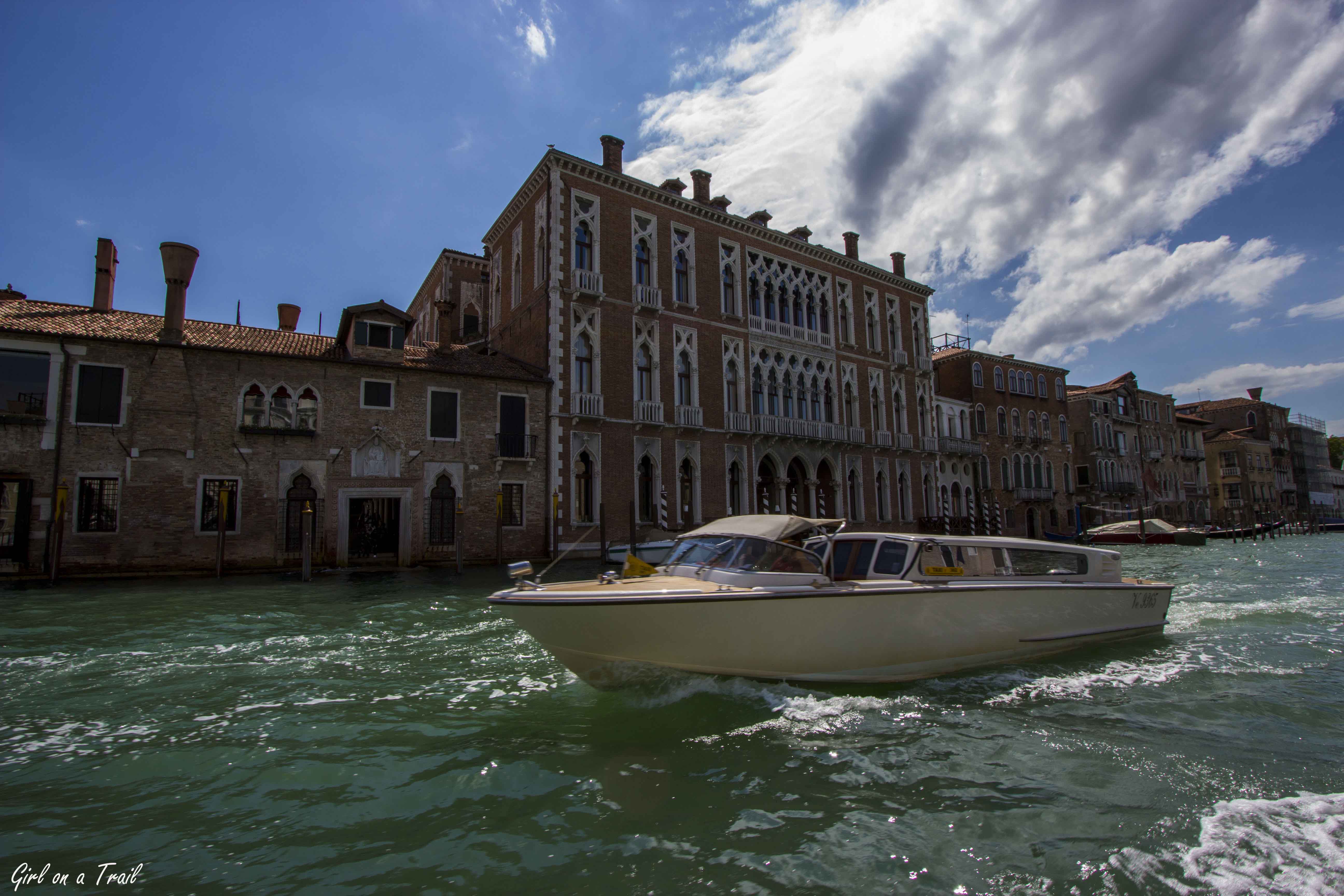 The most popular attraction of Venice is St. Mark’s Square. In 9th century the Basilica of St. Mark was located there. It’s the burial site of the patron of Venice. 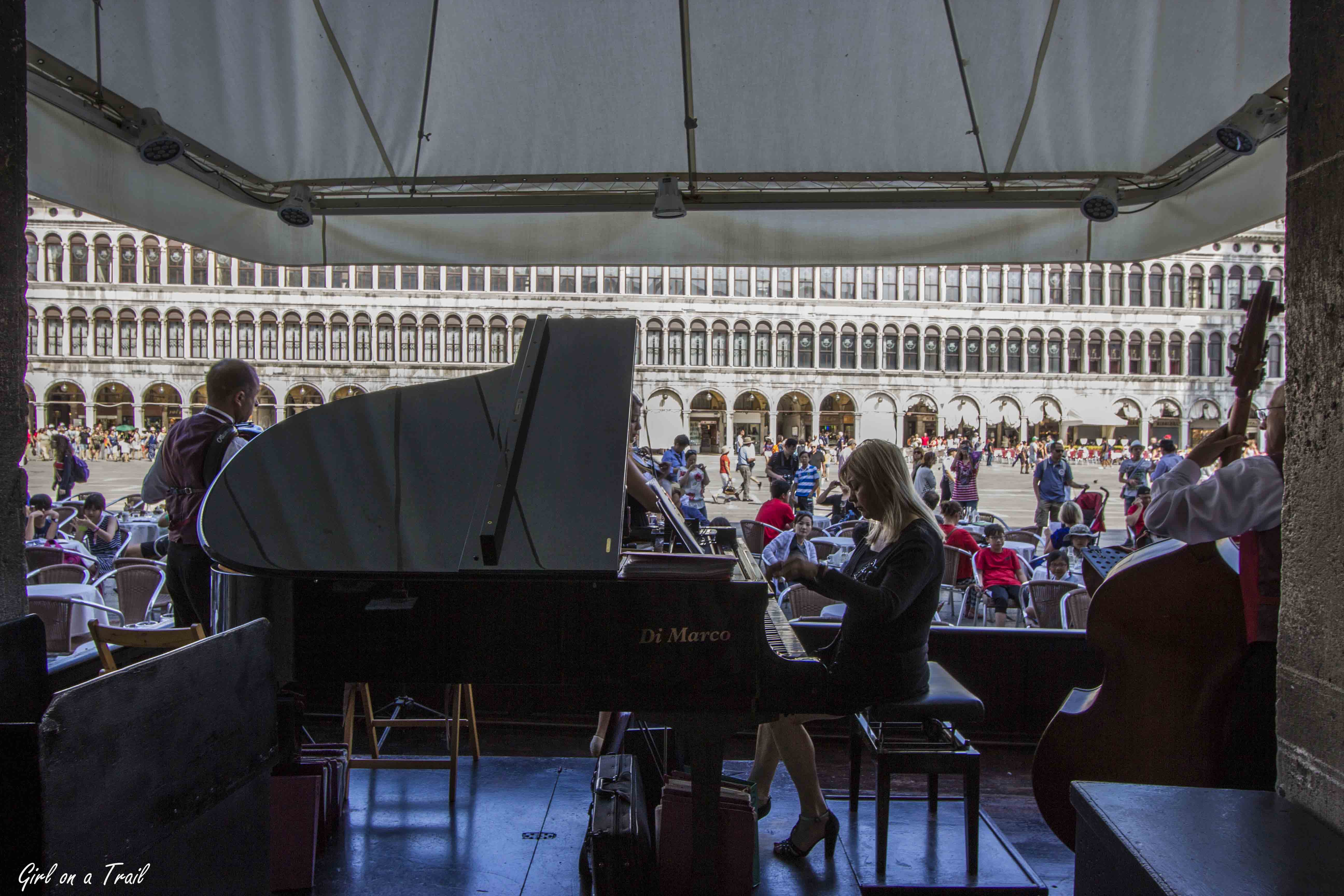 According to the legend, smart Venetians stole  St. Mark’s Evangelist corpse from Alexandria in Egypt, smuggling it with pork transport, meat forbidden for Muslims. The entrance to the Basilica is free of charge, but a visit to the vault and the Pala d ‘ Oro altar is paid. You cannot enter with the luggage (free luggage storage is located in Ateneo San Basso). Additionally, proper outfit is required and taking pictures inside is banned. 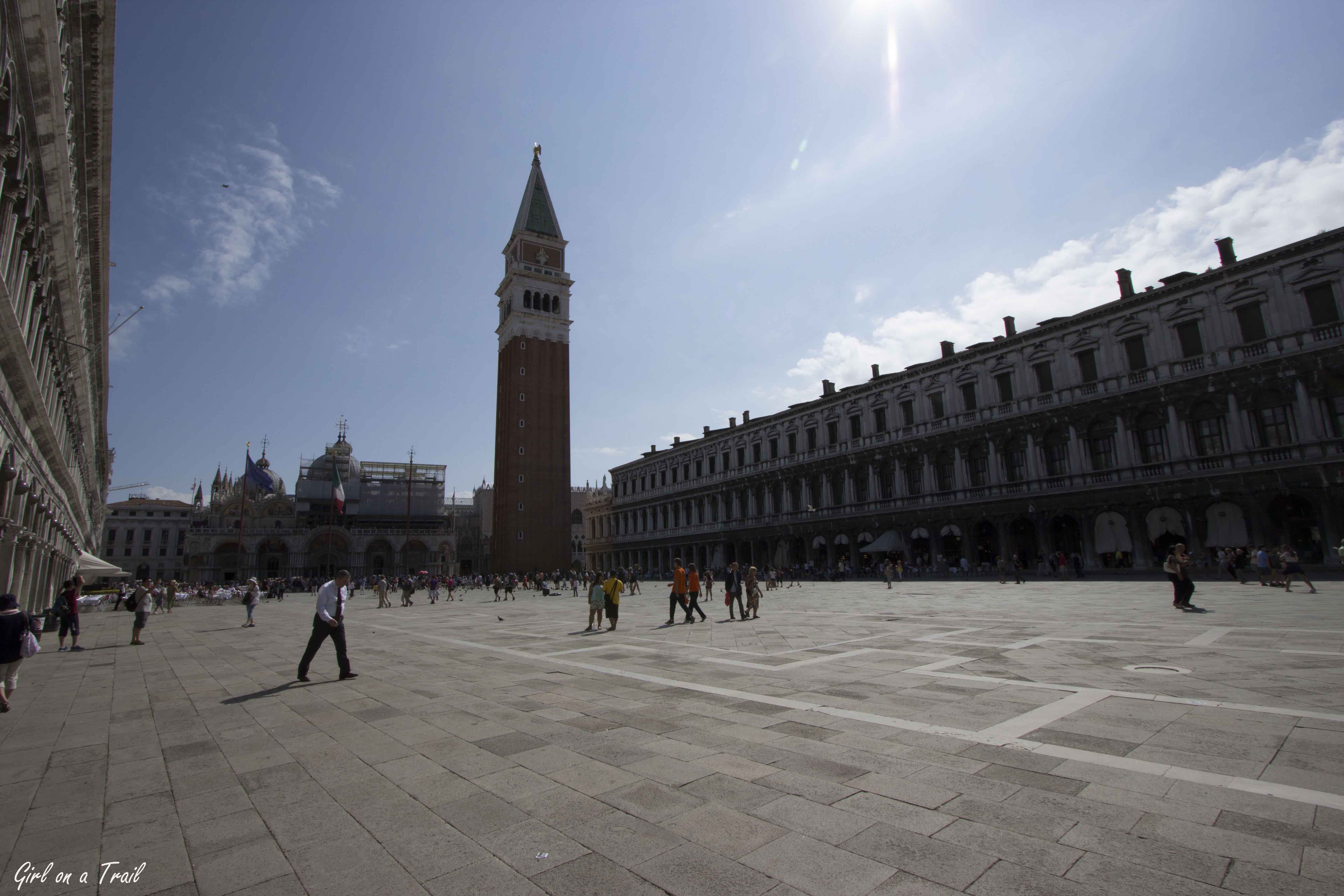 Next to the Basilica, there’s the famous Doge’s Palace (Palazzo Ducale). It was the residence of Doges – the authorities of the former Republic of Venice. The Palace also served as a criminal court. Bridge of sighs (Ponte dei Sospi) links the court with a prison, which is located on the other side of the channel. It used to be the last place where condemned could have sighed seeing for the last time beautiful Venice, before going to a cell for long years. One of the famous prisoners was famous Casanova himself. 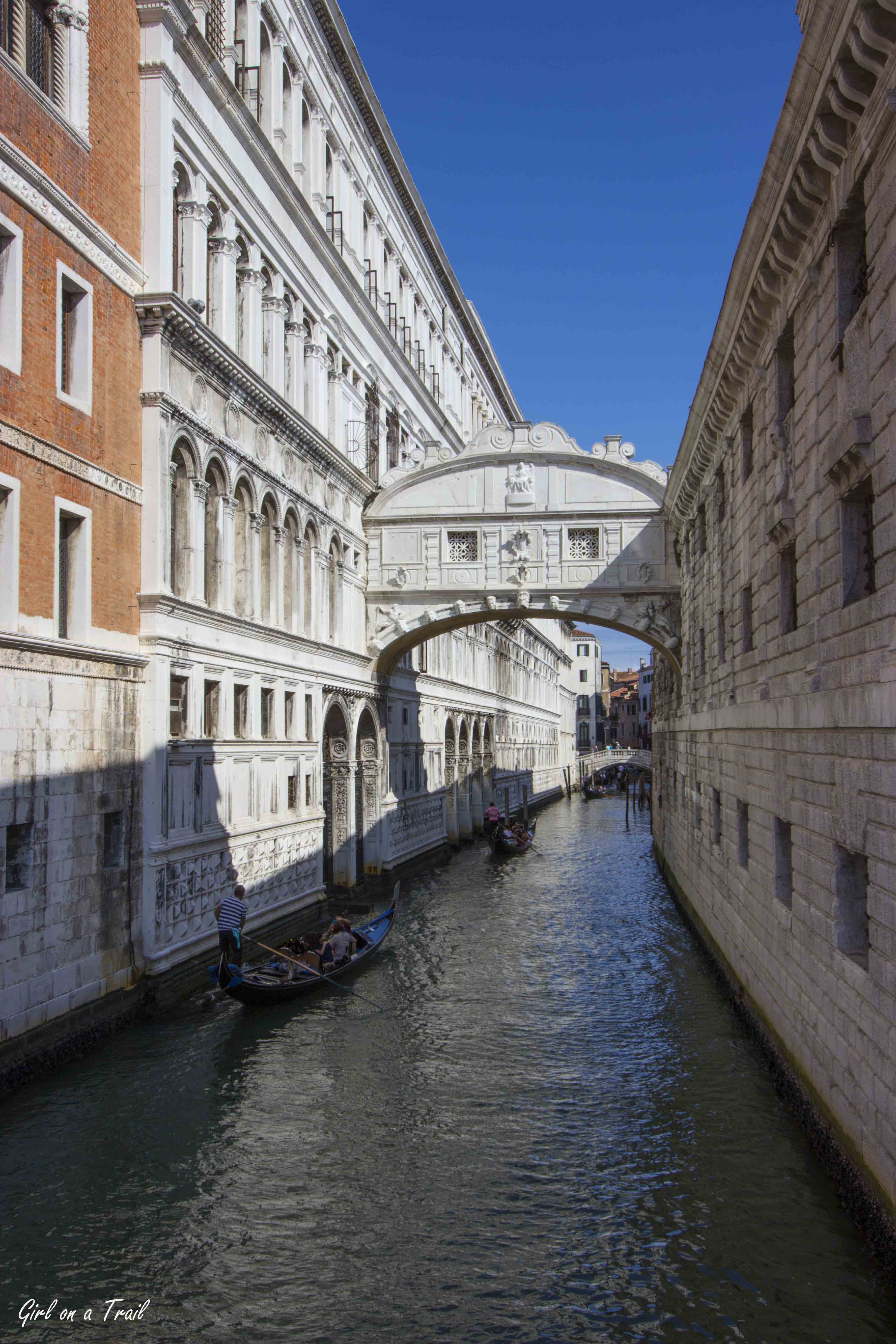 The third characteristic building of St. The Mark’s Square is reconstructed San Marco Belfry. The original Belfry from the 12th century collapsed in 1902, due to the lack of stable foundations. Belfry, as well as other buildings of this kind  in Venice, used to serve as a lighthouse. 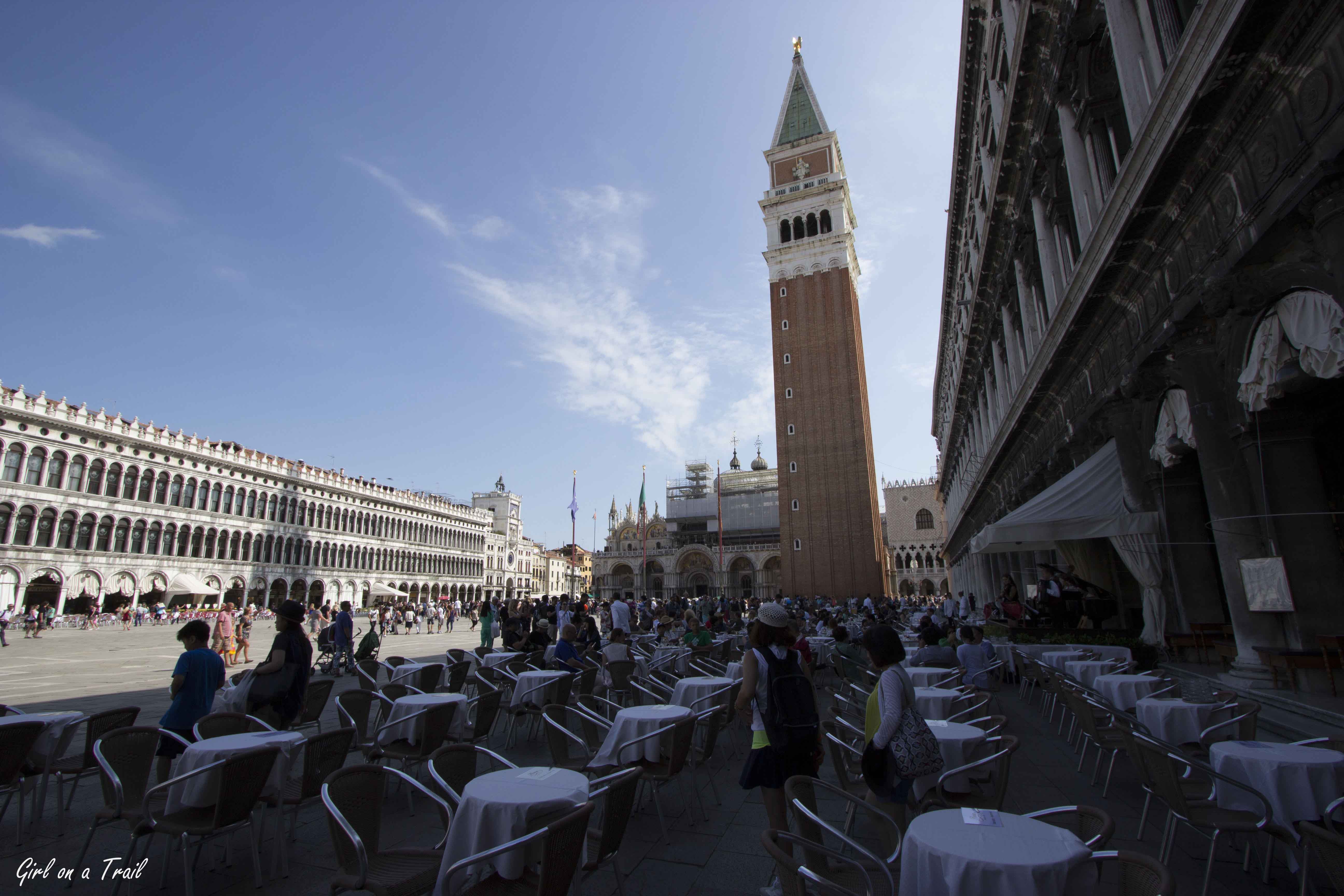 Every year Venice is visited by millions of tourists. St. Mark’s Square is filled to the edges, the line to the Basilica is endless, and the famous Rialto Bridge on the Canal Grande is so crowded that it’s better to admire its beautiful architecture from afar. 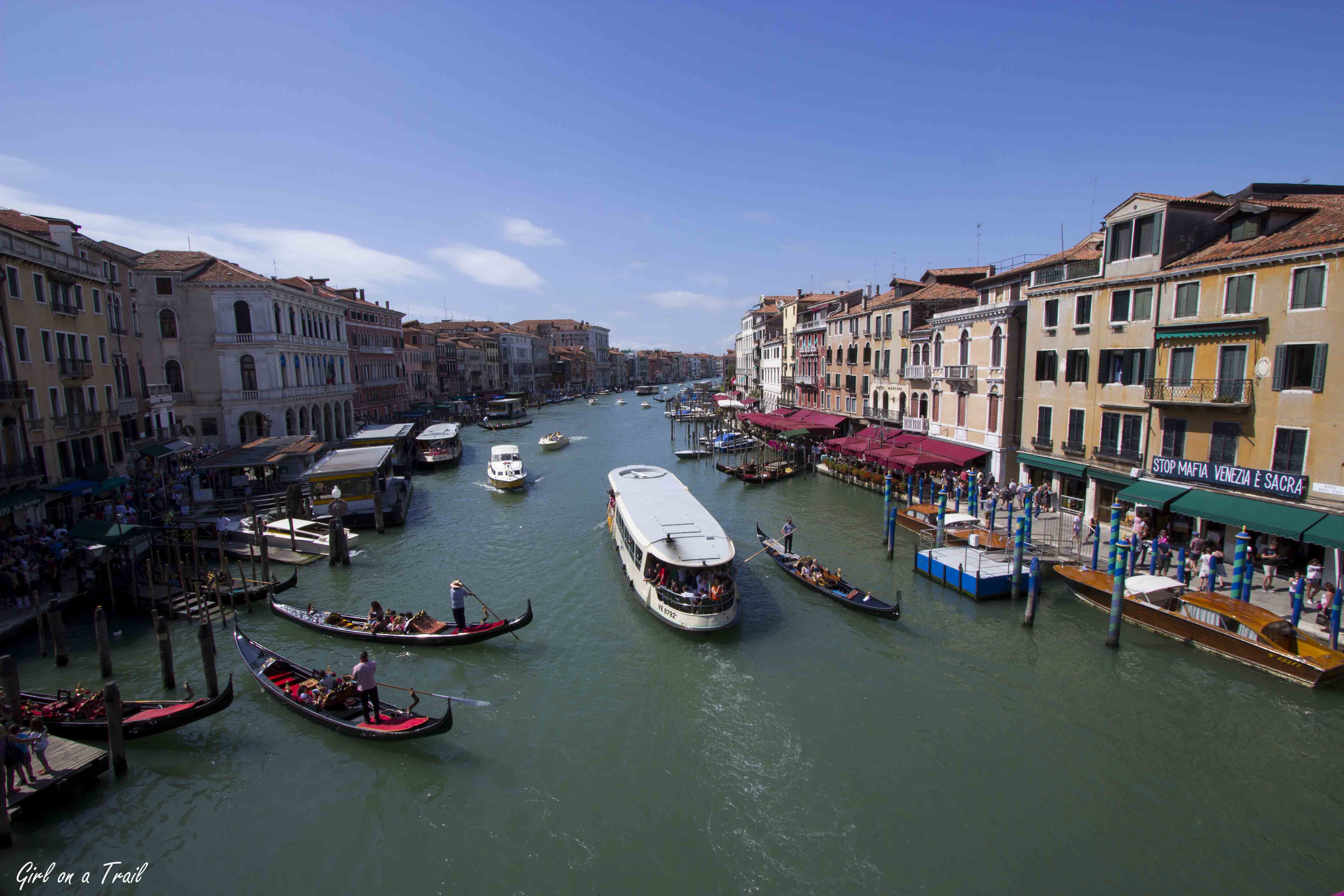 However, if you walk just few metres away from the main tourist trails, you’ll see the other calm face of Venice. Personally, I call it the “Venetian paradox” and this phenomenon isn’t limited only to Venice. 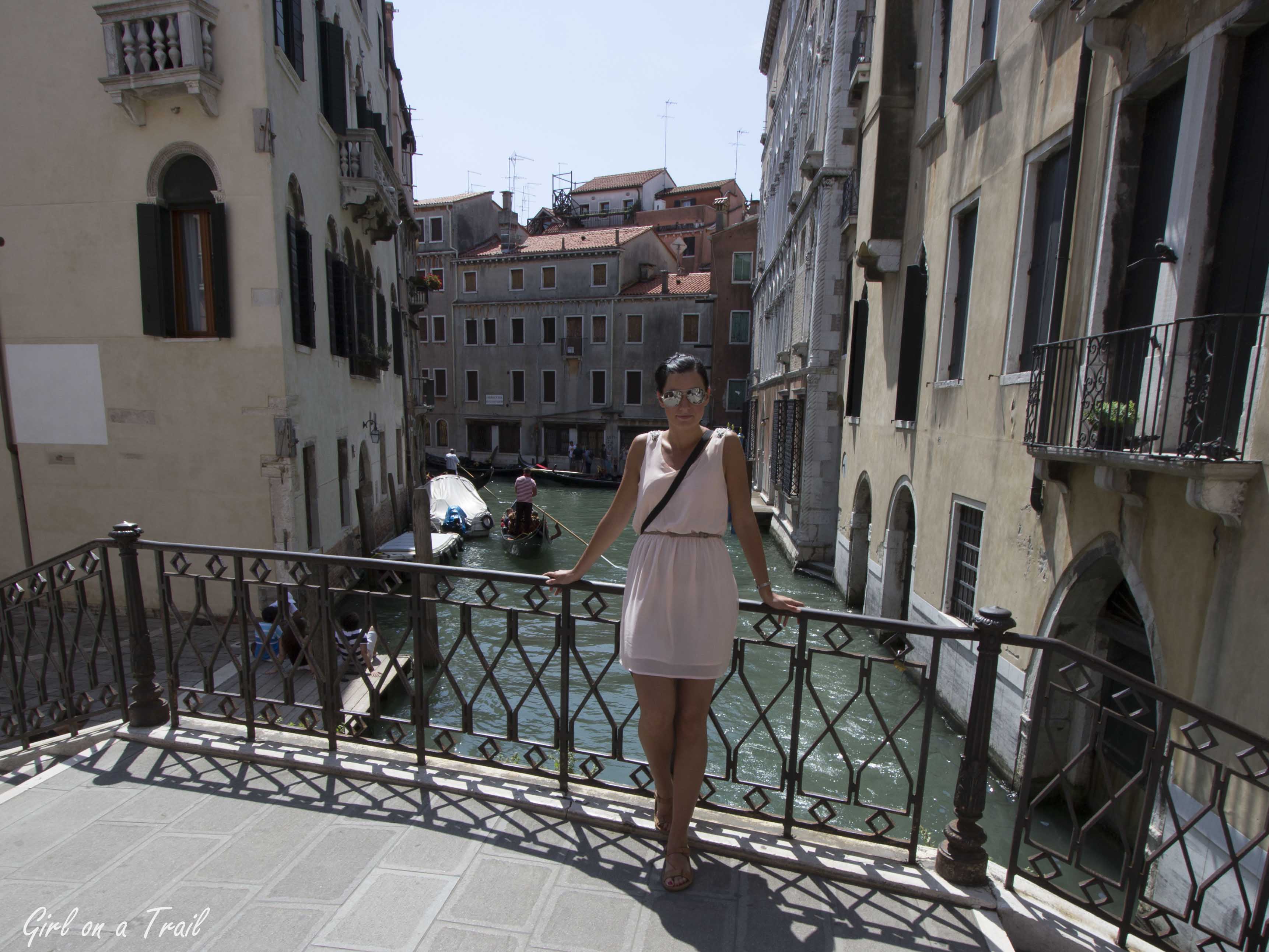 Many popular tourist places are crowded to the limits while the side streets are completely empty. That’s why in Venice it’s best to get lost in a maze of narrow streets, small bridges and pastel buildings. 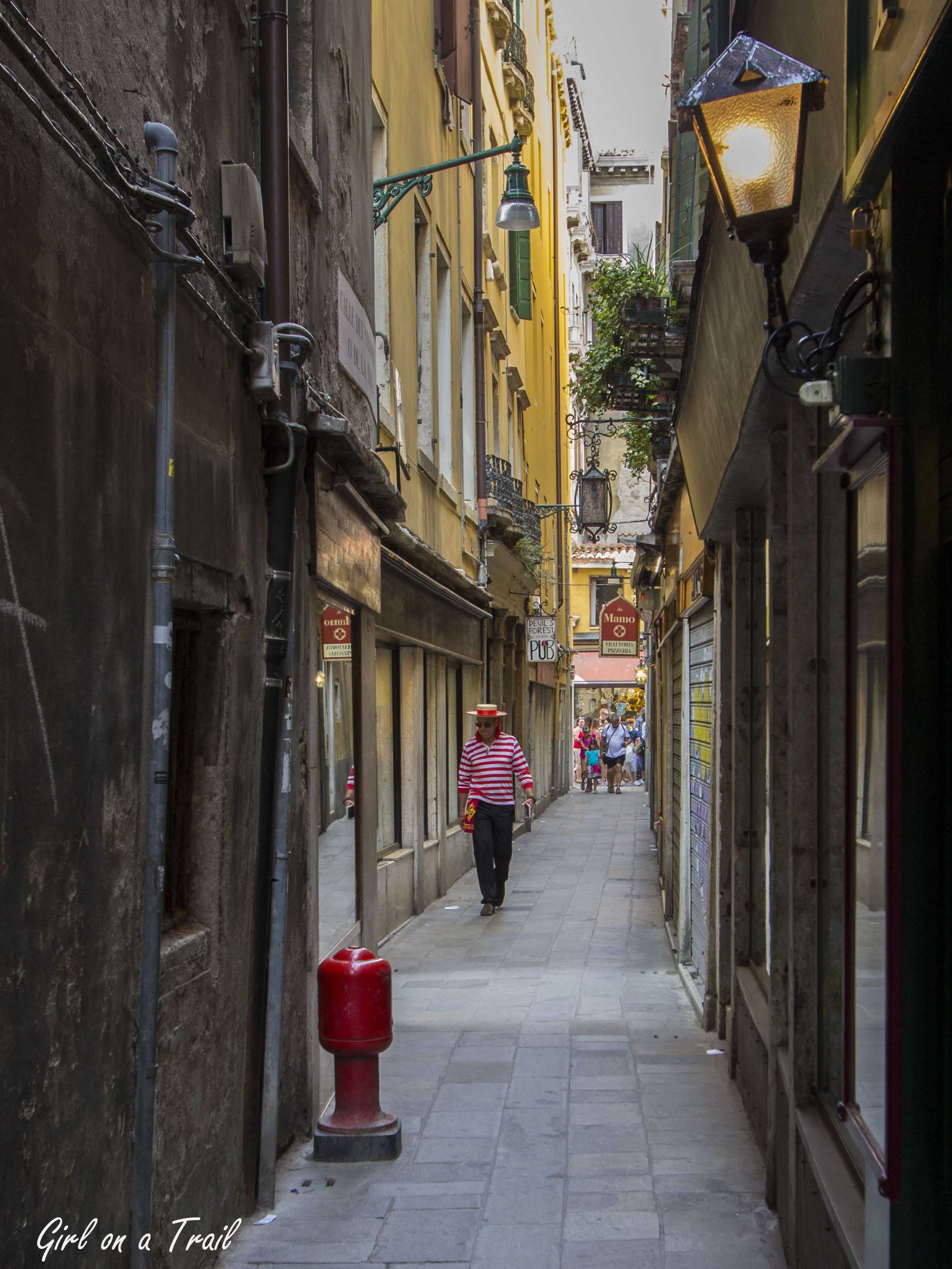 Prices in Venice are high, which is why some tourists are only coming here for one day. Slice of pizza costs here even 4€  while outside Venice, the standard price for the whole pizza is about 10€. 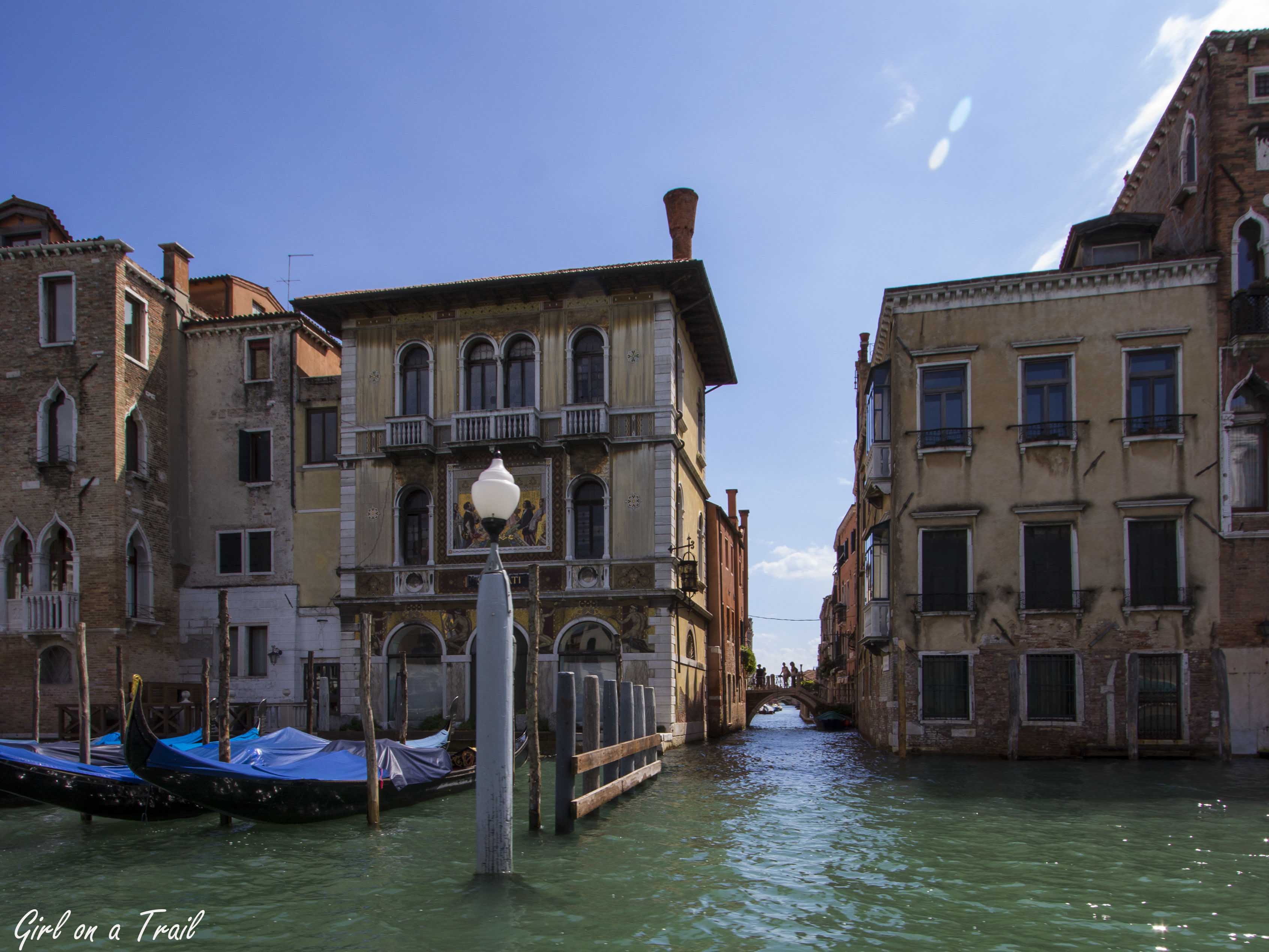 In addition, bear in mind that so called “coperto” (tip for setting the table) and 10-15 % tip are added to the bill. However, I would recommend visiting Florian – the oldest café on St. Mark’s Square. The café looks amazing inside, you can also sit outside and admire an interesting view of the square, belfry and basilica. 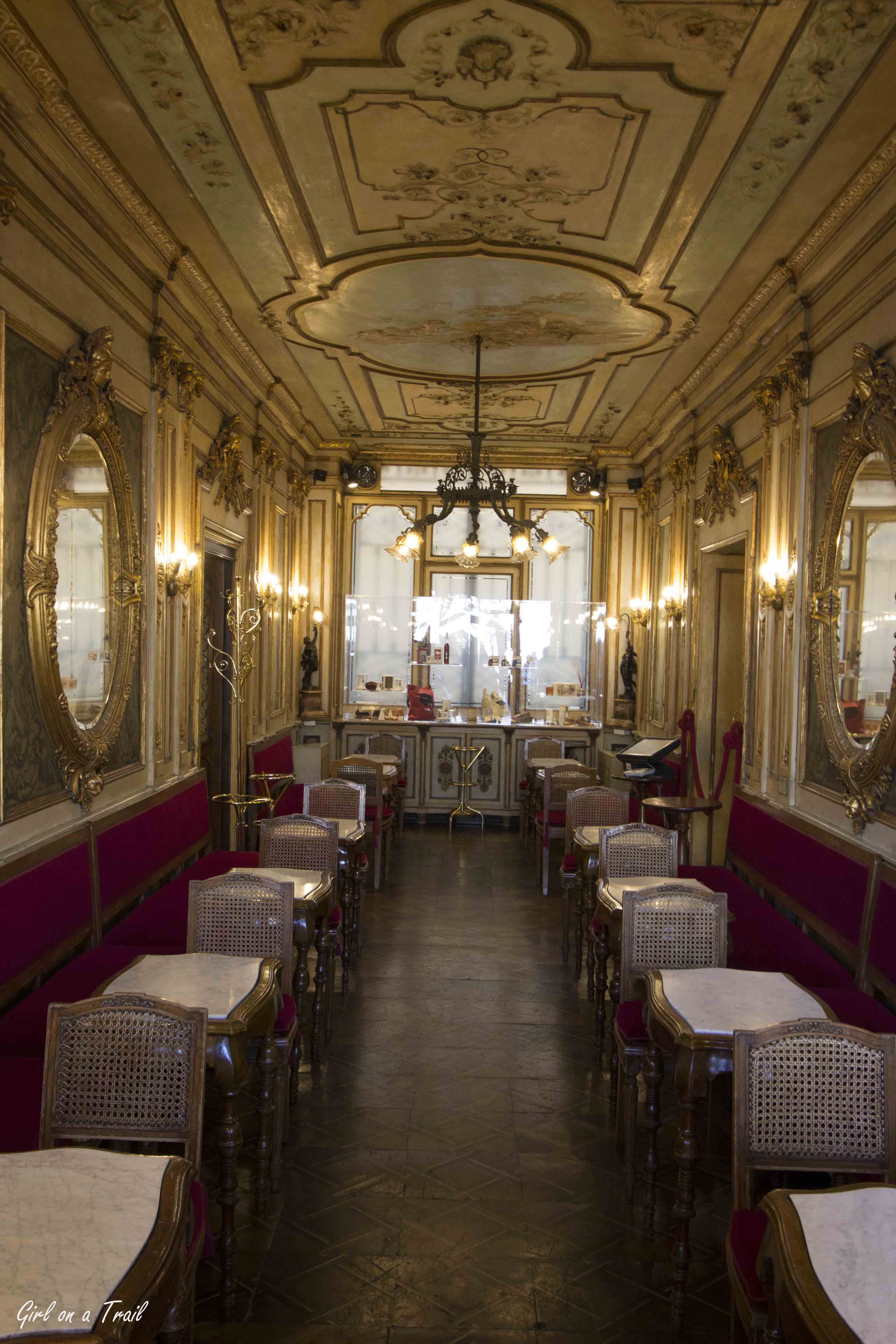 Death of the city

What will the future of Venice be? Will the water barriers stop the flooding process? Now Venice is slowly losing its authenticity. The population is dropping dramatically. Floods, the high cost of living, millions of tourists, as well as the huge costs of repairing destroyed houses, force many Venetians to change their place of living. 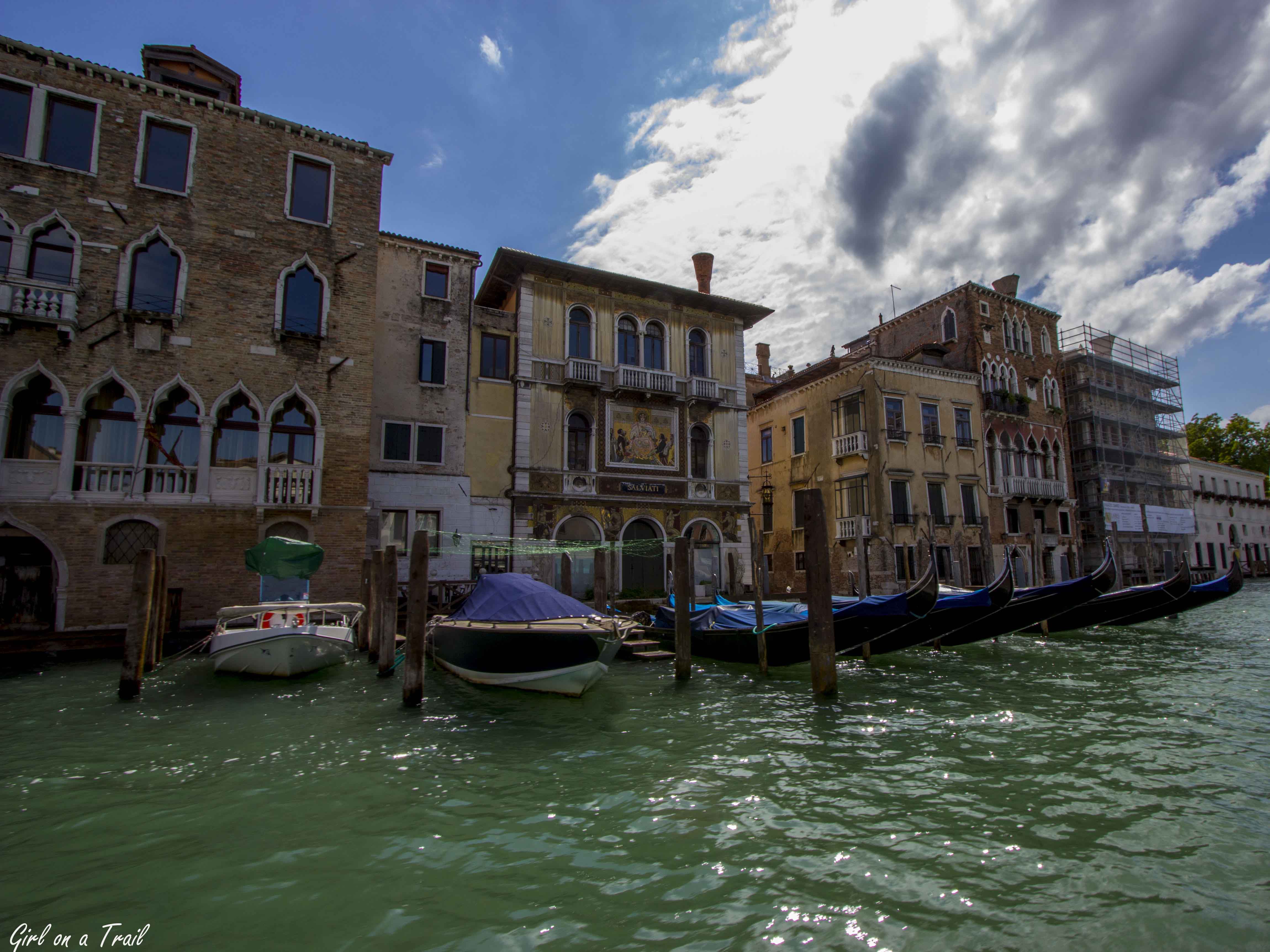 Venice is slowly becoming a “tourist village”, that’s why, is it worth the rush to see it, or maybe not? The decision is yours 😉 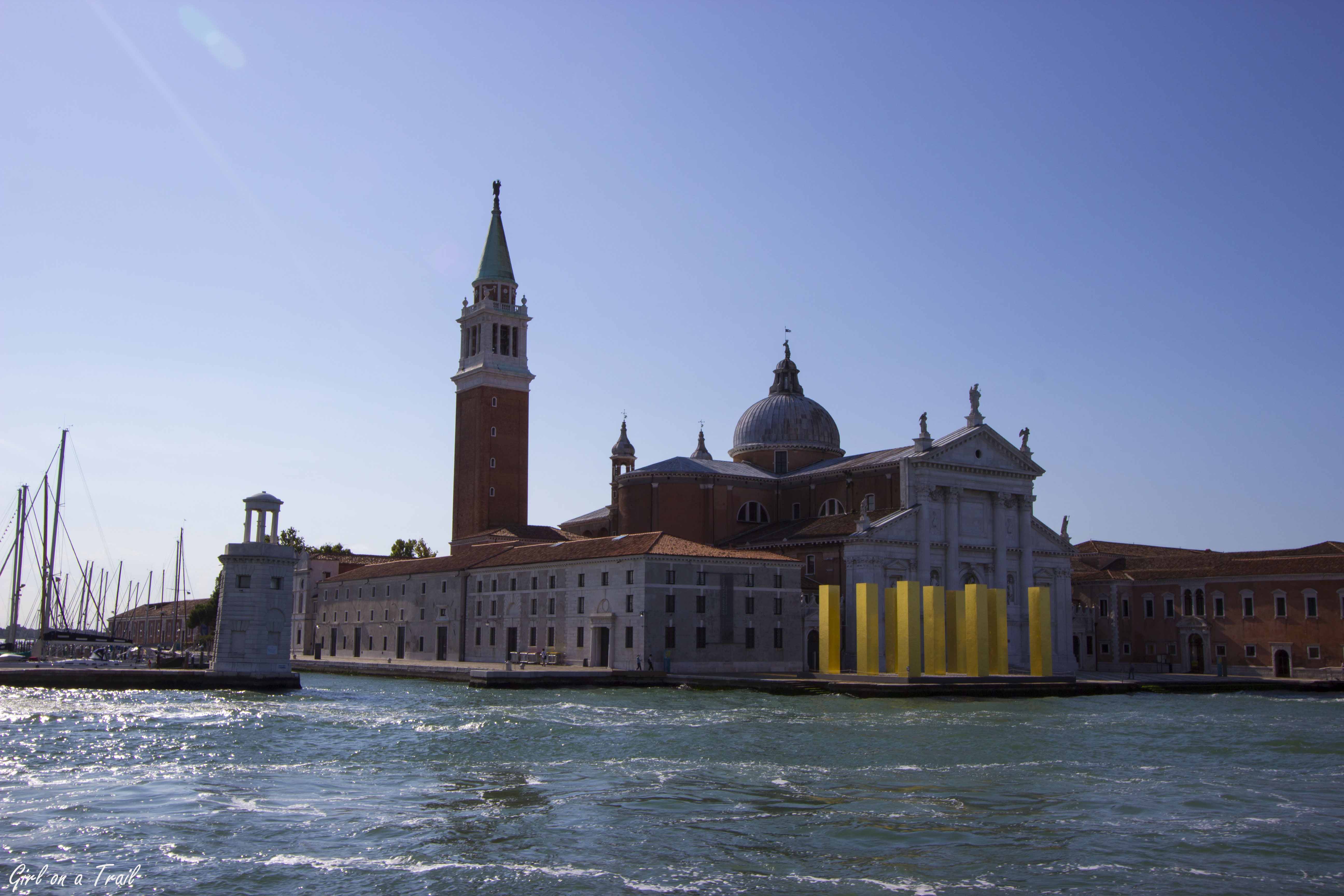 Portugal, Lisbon – miraduro with a view of…
prev next

Turin and its surroundings – in the footsteps of Umberto Eco