I’d been planning to visit Belarus for a very long time. Even though this country is located very close to Warsaw, it always seemed to me very distant. Before visiting it I heard many warnings about corruption, negative attitude to Poles or problems with crossing the border. How did it really look like? Check out 10 reasons why it’s worth visiting  Belarus! 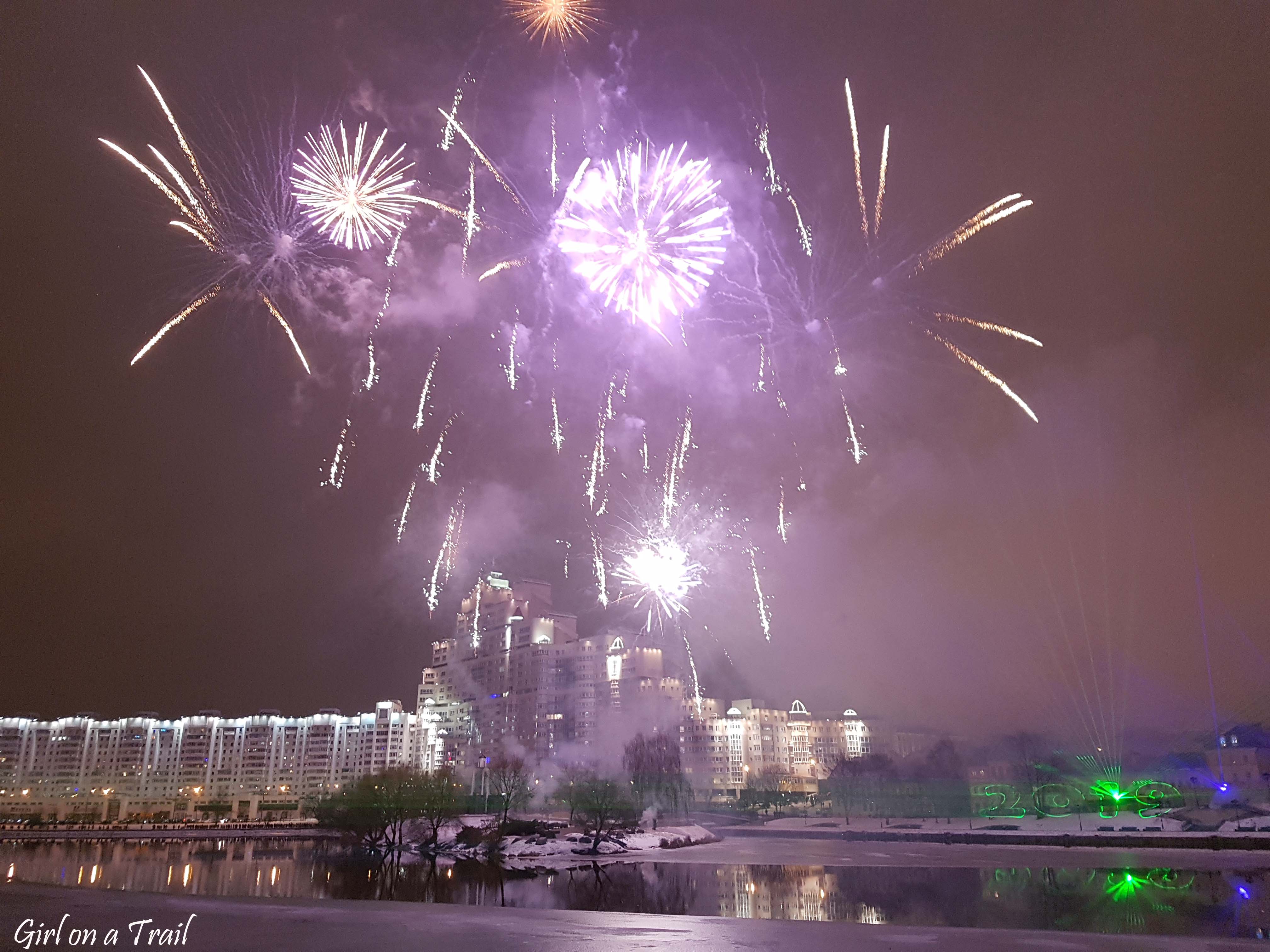 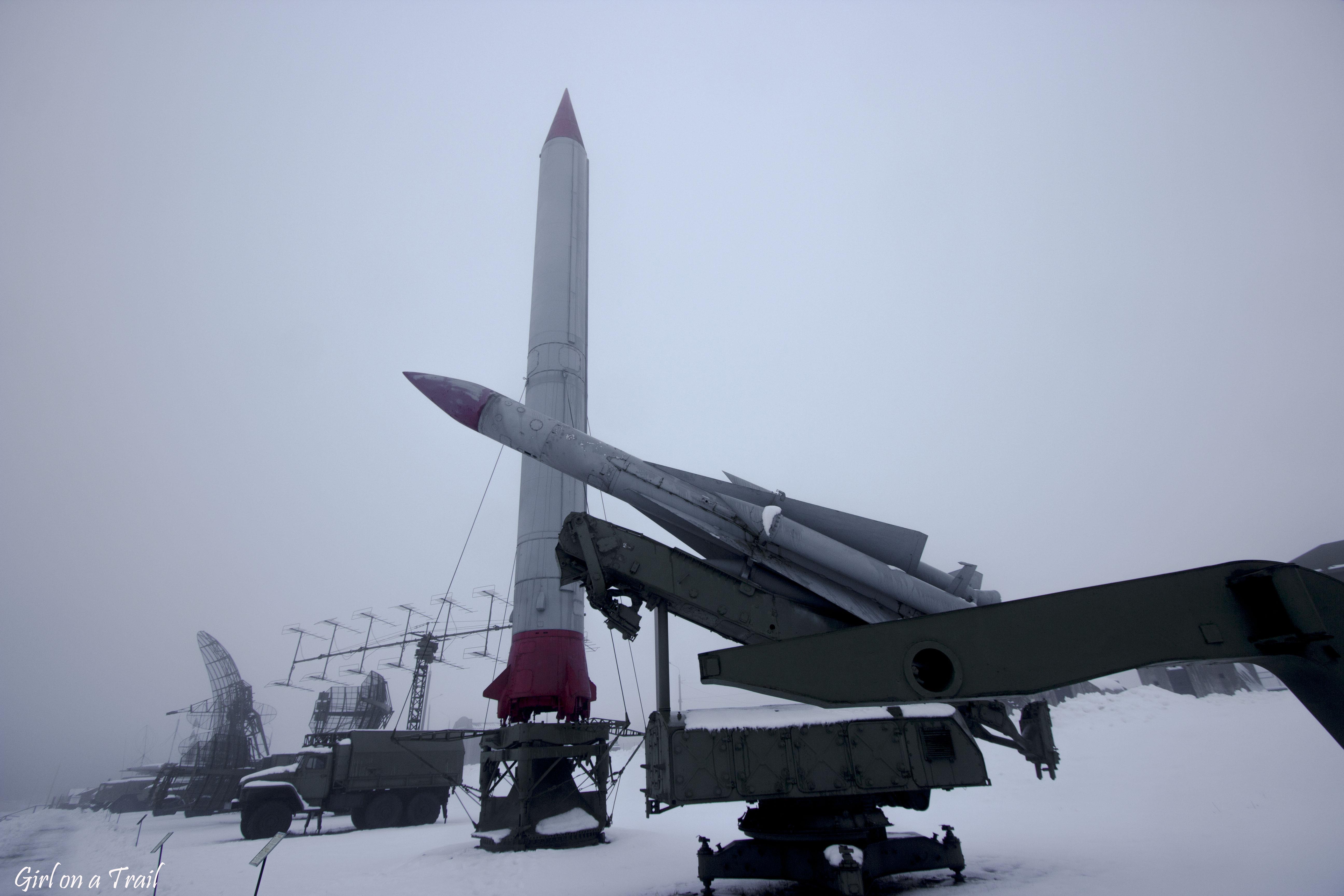 This is the largest military museum in Belarus. It’s the part  of fortifications, built in the 20’s in the 20th century.  The line was built to defend against the attack from the west, however, during the WWII, it played exclusively an auxiliary role. 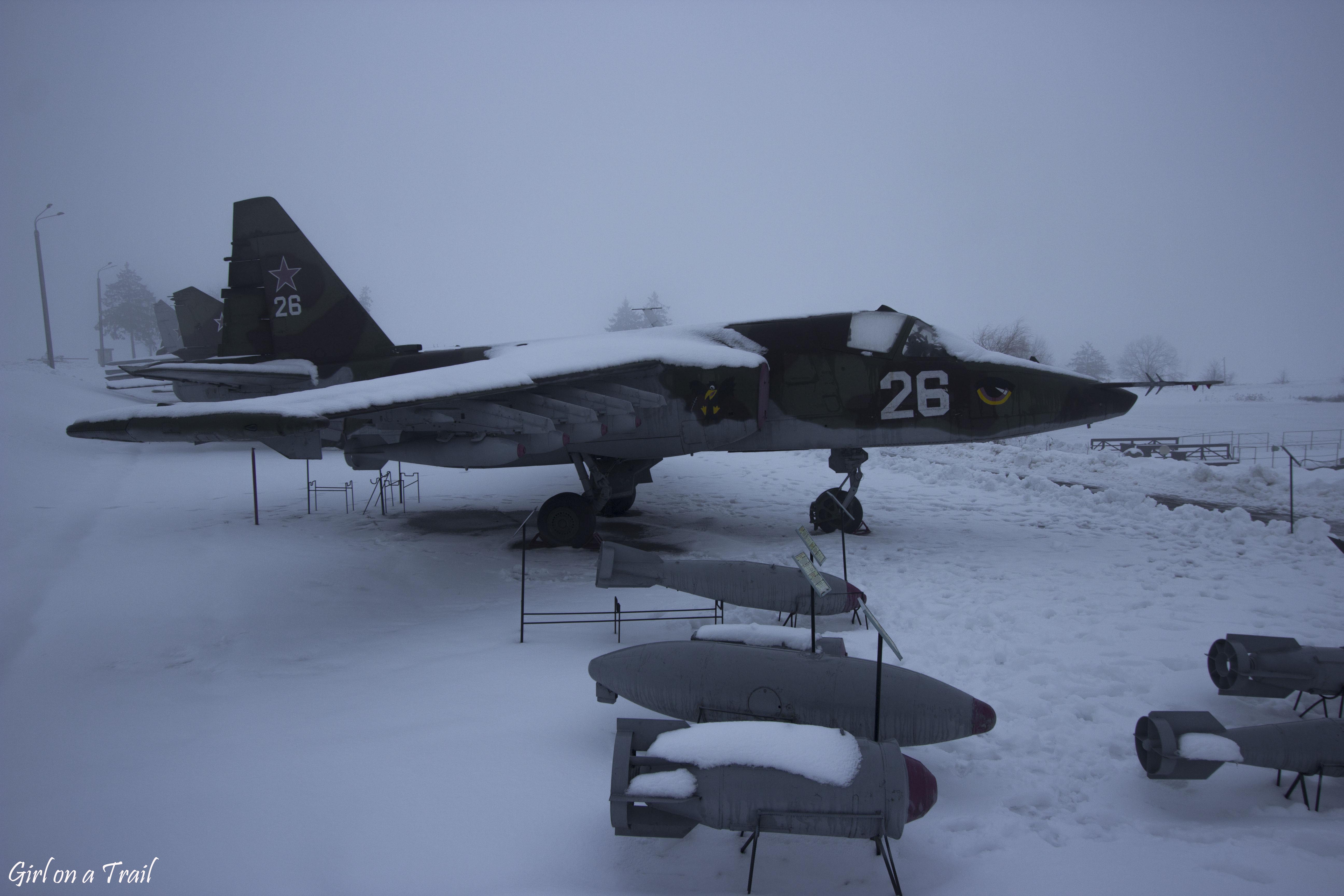 As a consequence of the signing of the Ribbentrop – Molotov Pact, a new Molotov line was built along the “new” Western border of the USSR. Most of the equipment form the Stalin Line was moved there. It turned out to be a grave mistake because when the Germans attacked the USSR, the Molotov line was not yet completed, and Stalin’s line was not able to perform defense. 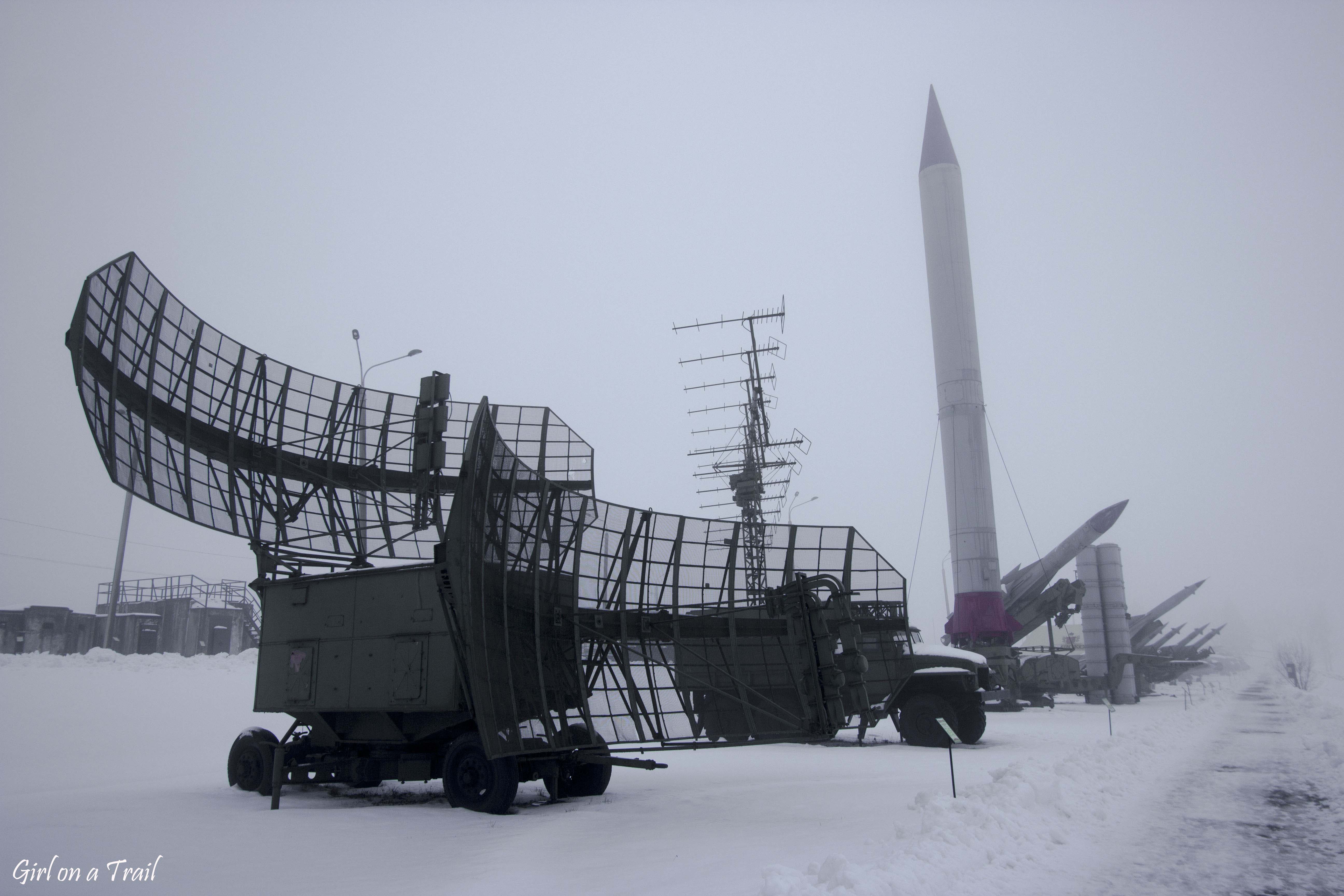 In the vast area of the museum, you can go along the long trenches or exploring bunkers and underground tunnels and see helicopters, combat planes, tanks and radar systems. 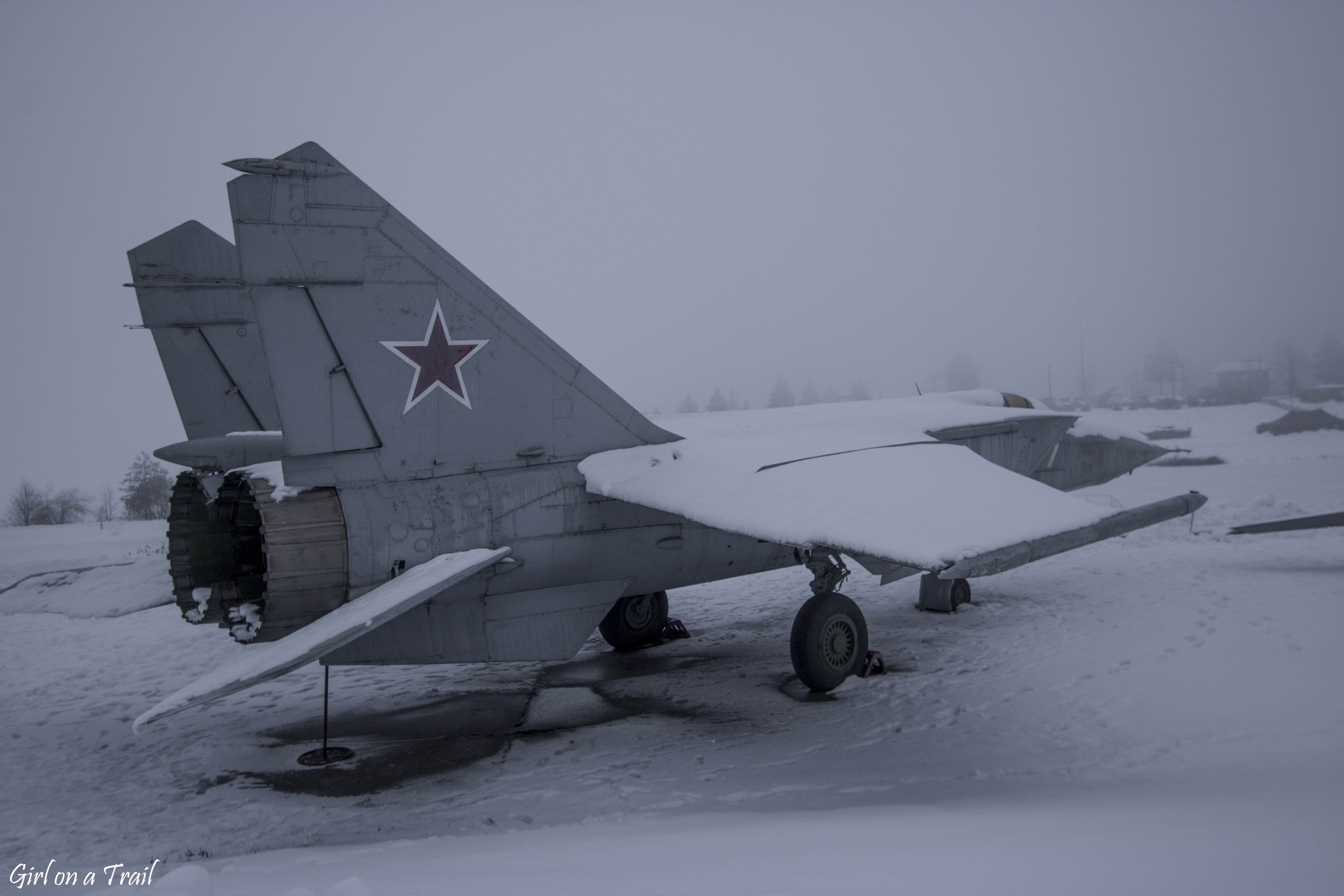 An interesting place is also a graveyard of old cars and a replica of the house destroyed during the war. 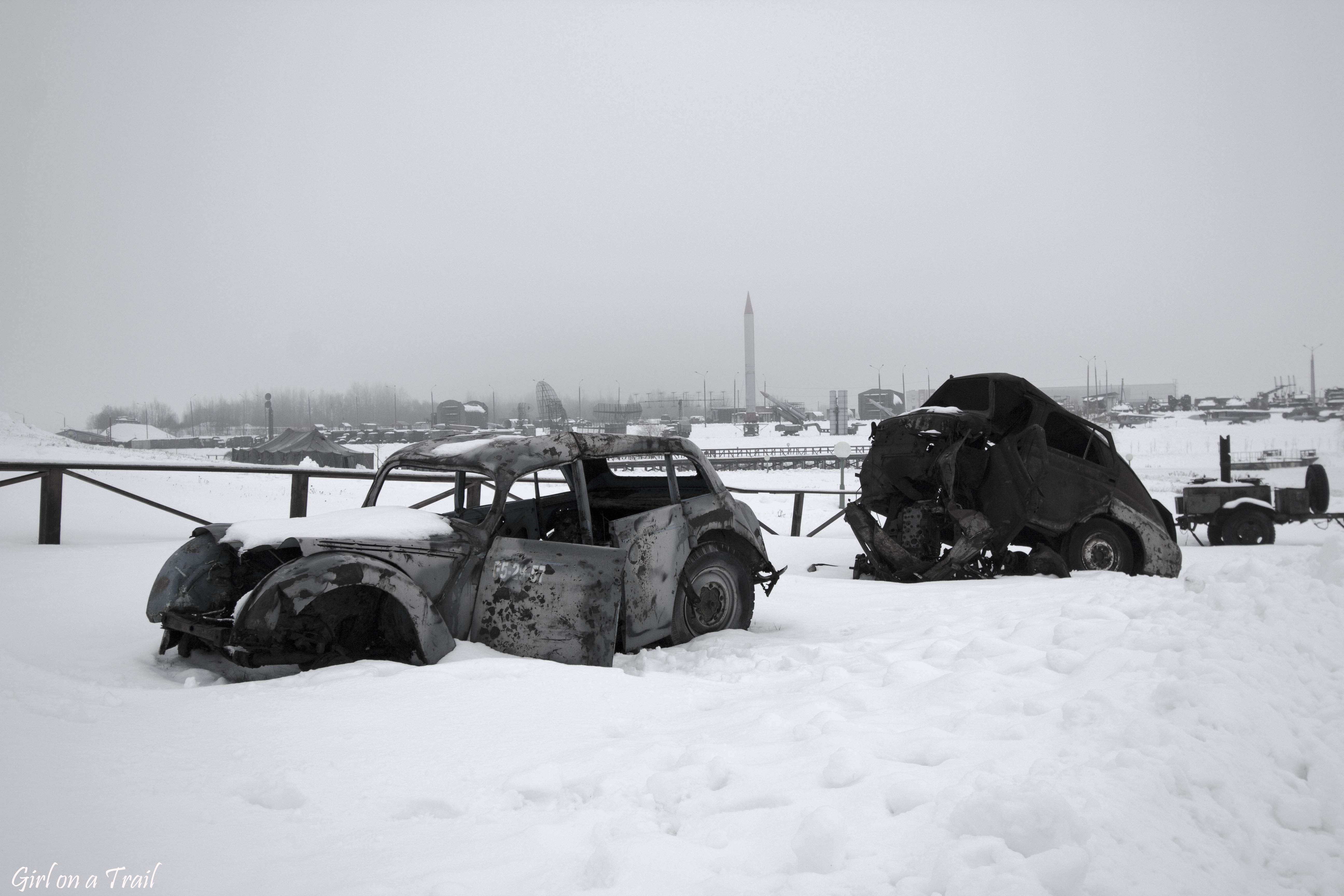 However, the true attraction in the winter is the visit Father Frost. His cottage is located right next to… a range 😉 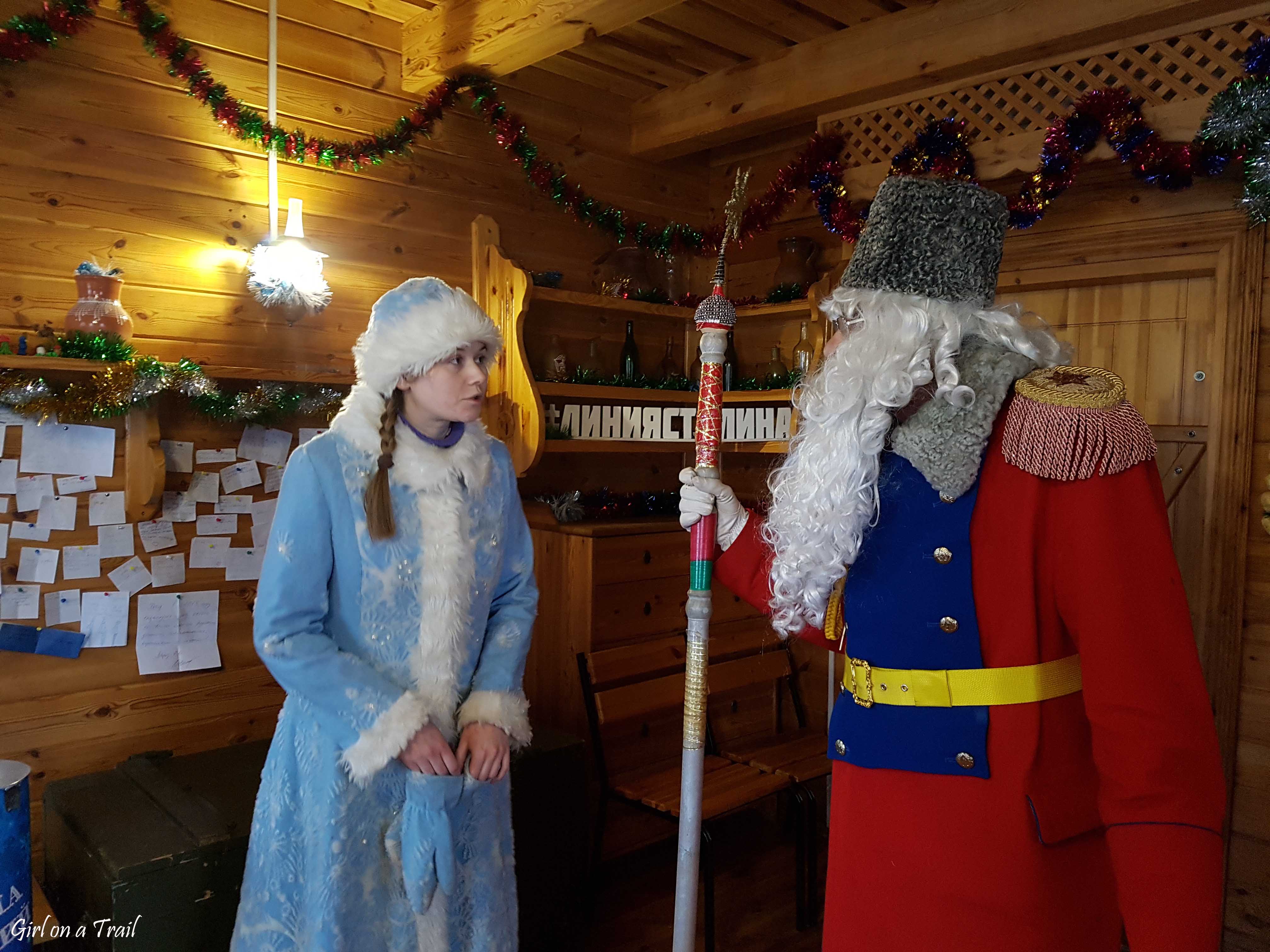 2. Inverted house – the world has stood on its head!

About 40 km from Minsk in Dukora town, you can visit  an interesting place where you can challenge your sense of balance. In the area of the open-air museum you can find the Inverted House. The architect recreated in detail every element of overturned building, well except curtains… 😉 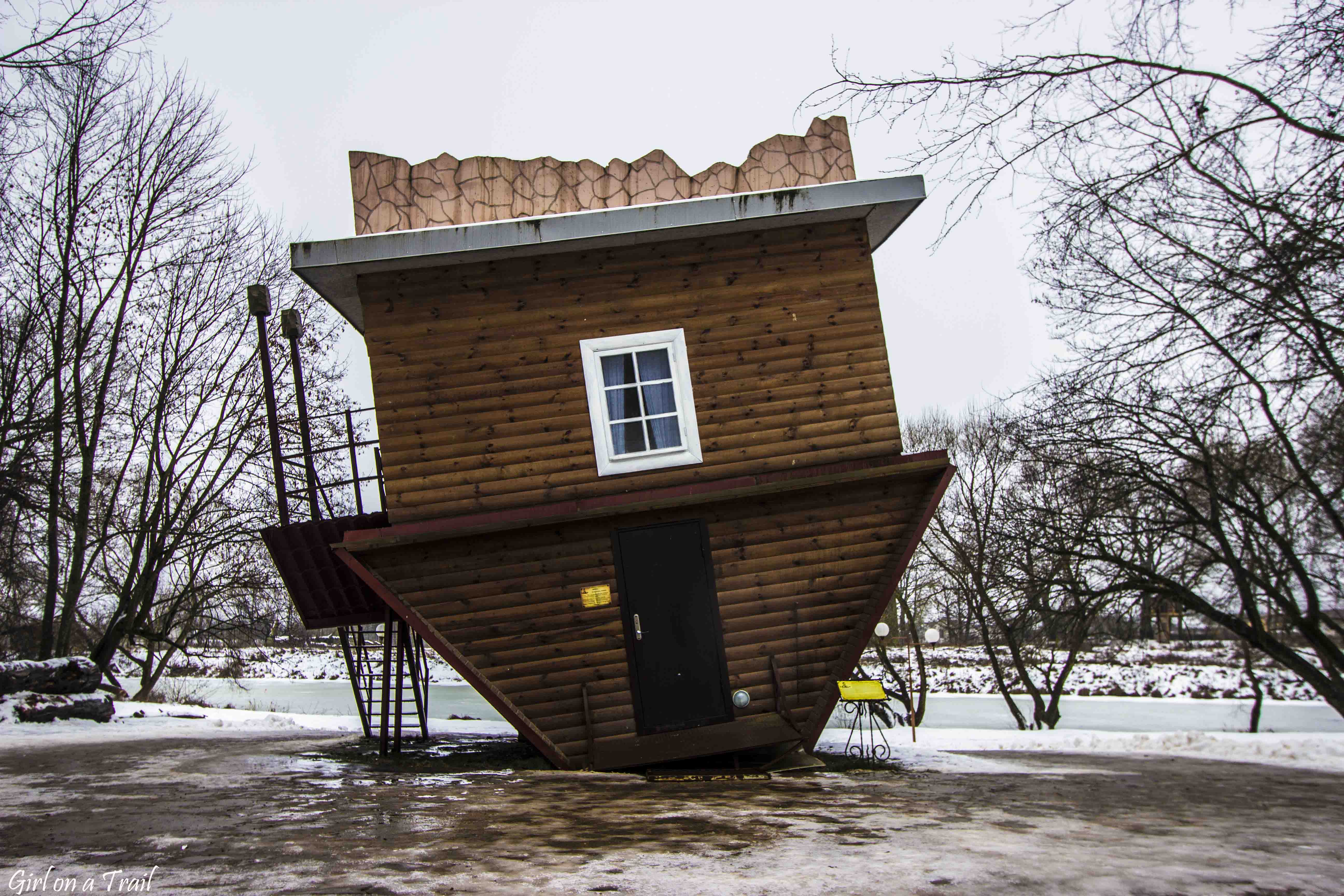 There’s a real test waiting for you inside. Like the outside, also and inside everything is reversed, and in addition, the building is a little tilted which makes it difficult to walk. 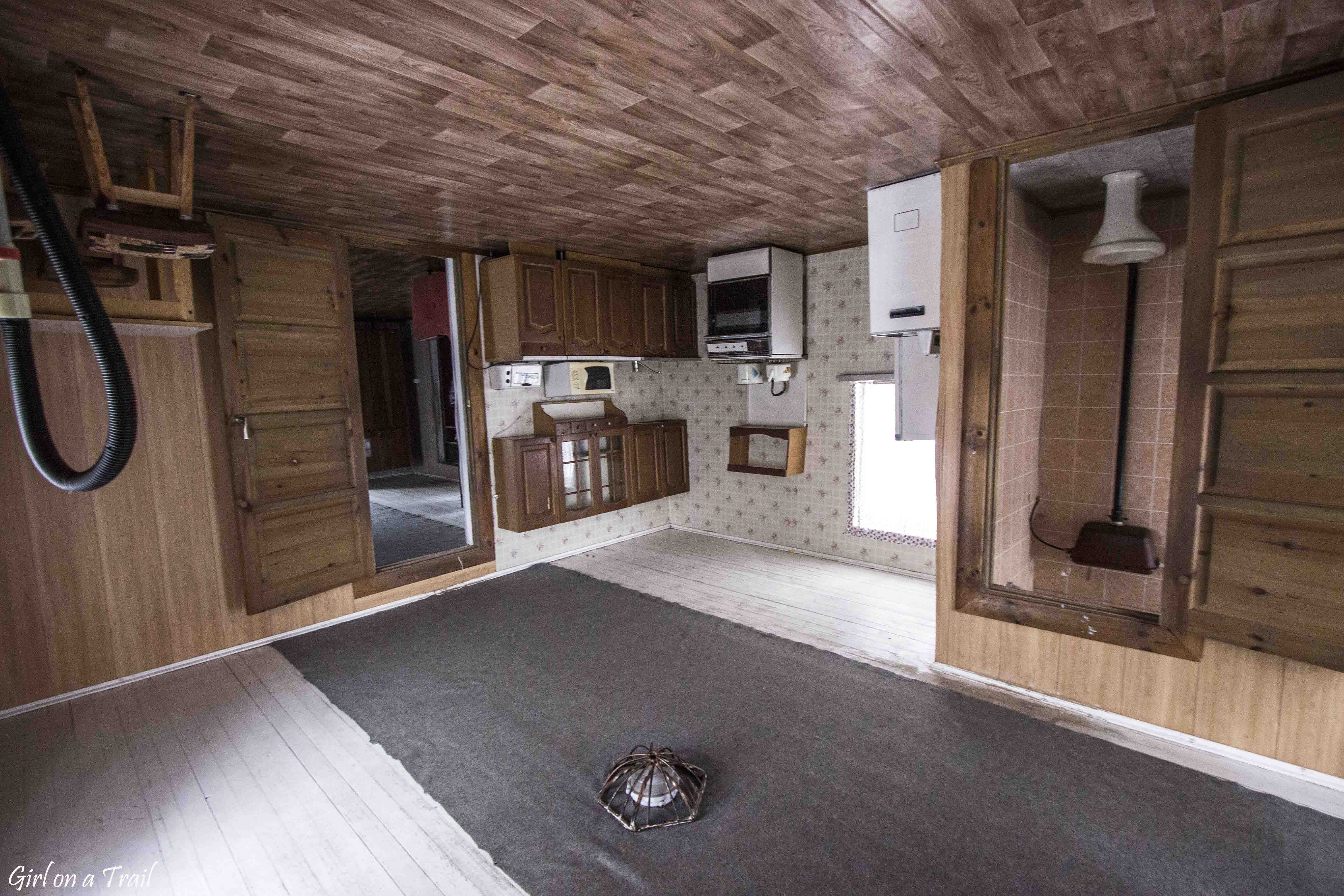 Belarusian villages are one of a kind and when travelling by car, it’s worth to turn a little from the main route to see at least one. Villages in Belarus are poor, it seems that the further from big cities, this financial situation of people is worse. 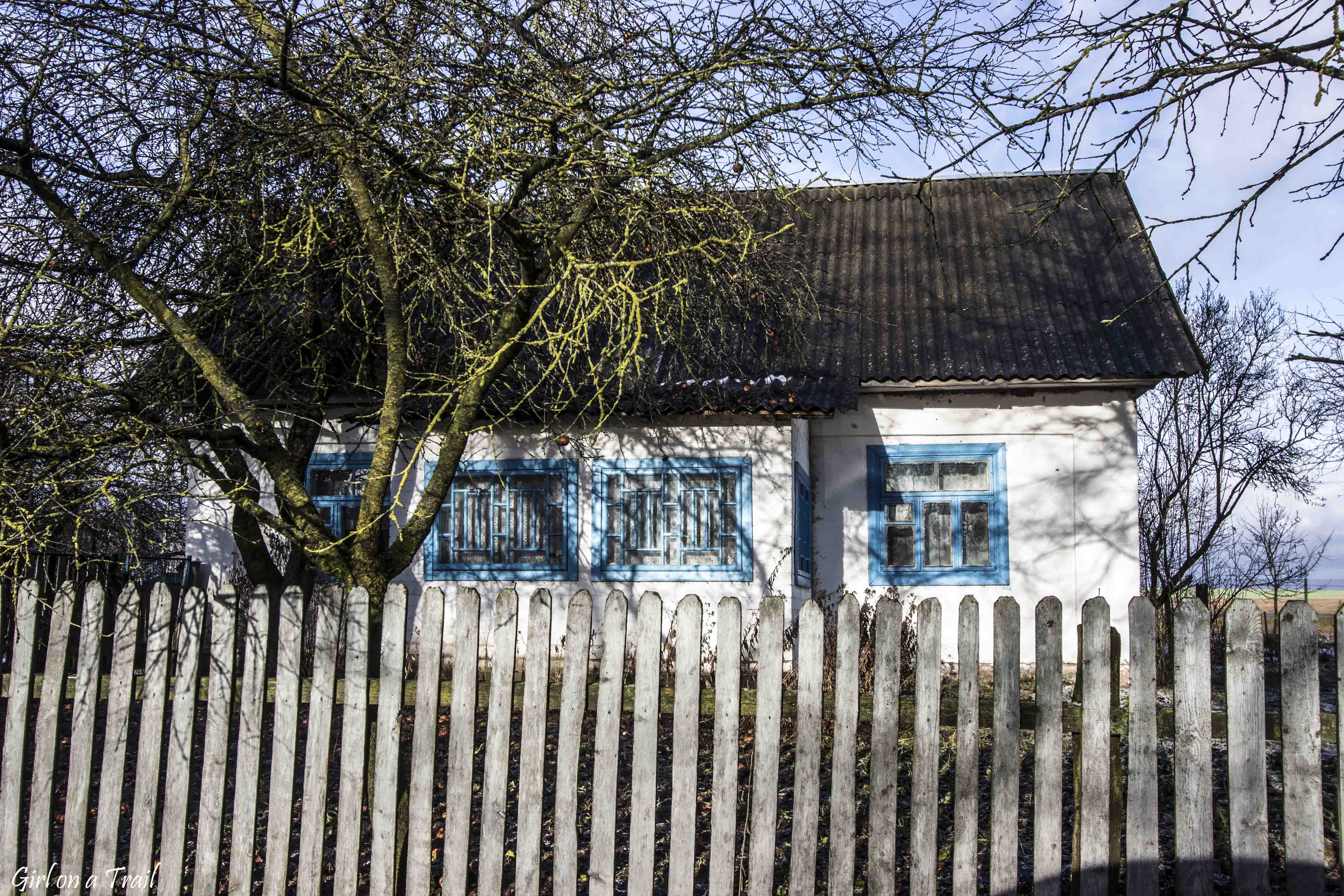 In a typical village, usually there’s no  store and you can’t see cars, the water is taken from the wells, and the houses are mainly wooden. However, what surprised me the most was the amount of colours. Every house had a different shade, every gate had another painted pattern. The gardens were very well groomed and in the windows you could see various decorations. 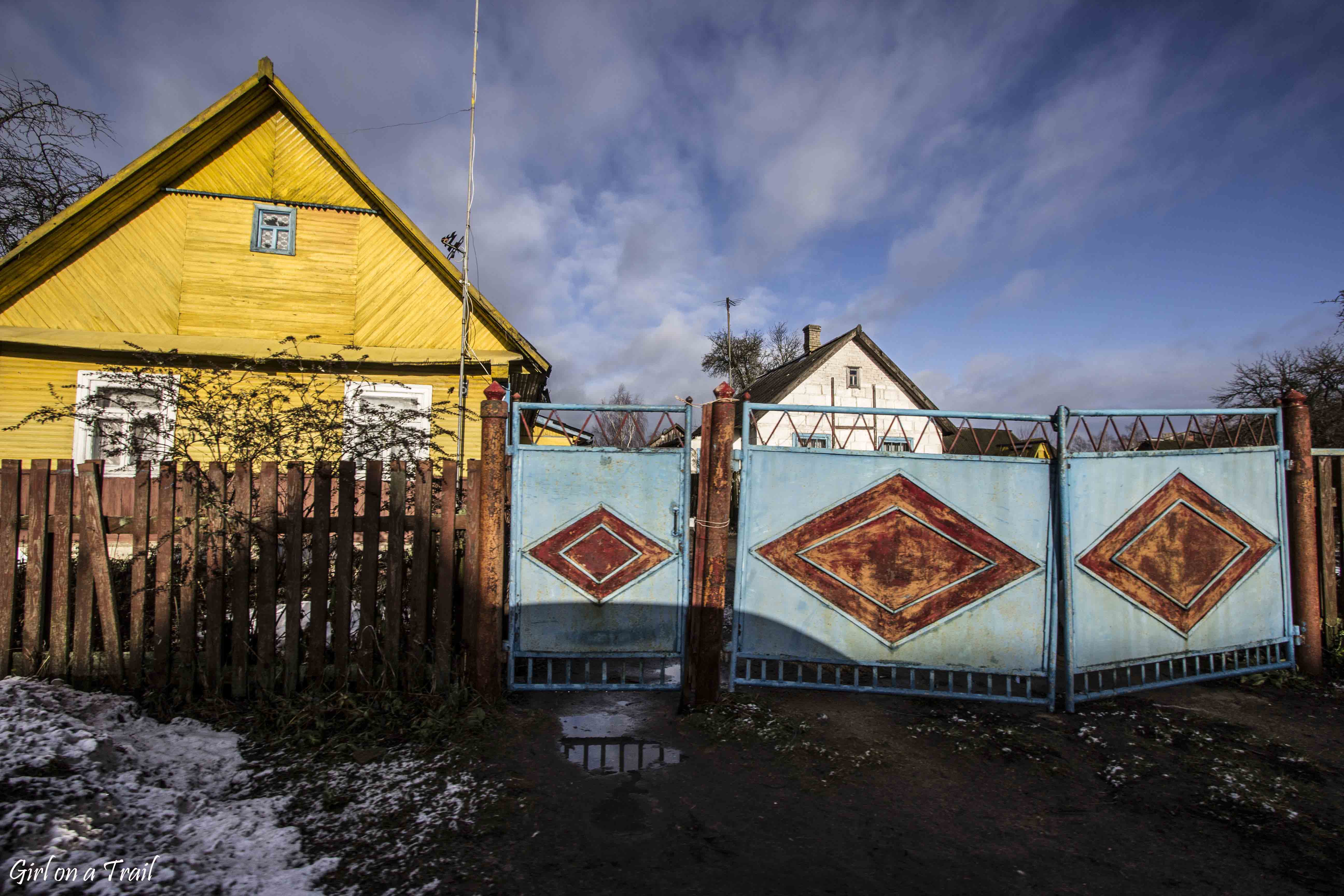 There’re a lot of interesting castles in Belarus. According to the legend in the tunnels of the famous castle Mir, were hidden the treasures of the Radziwill family. 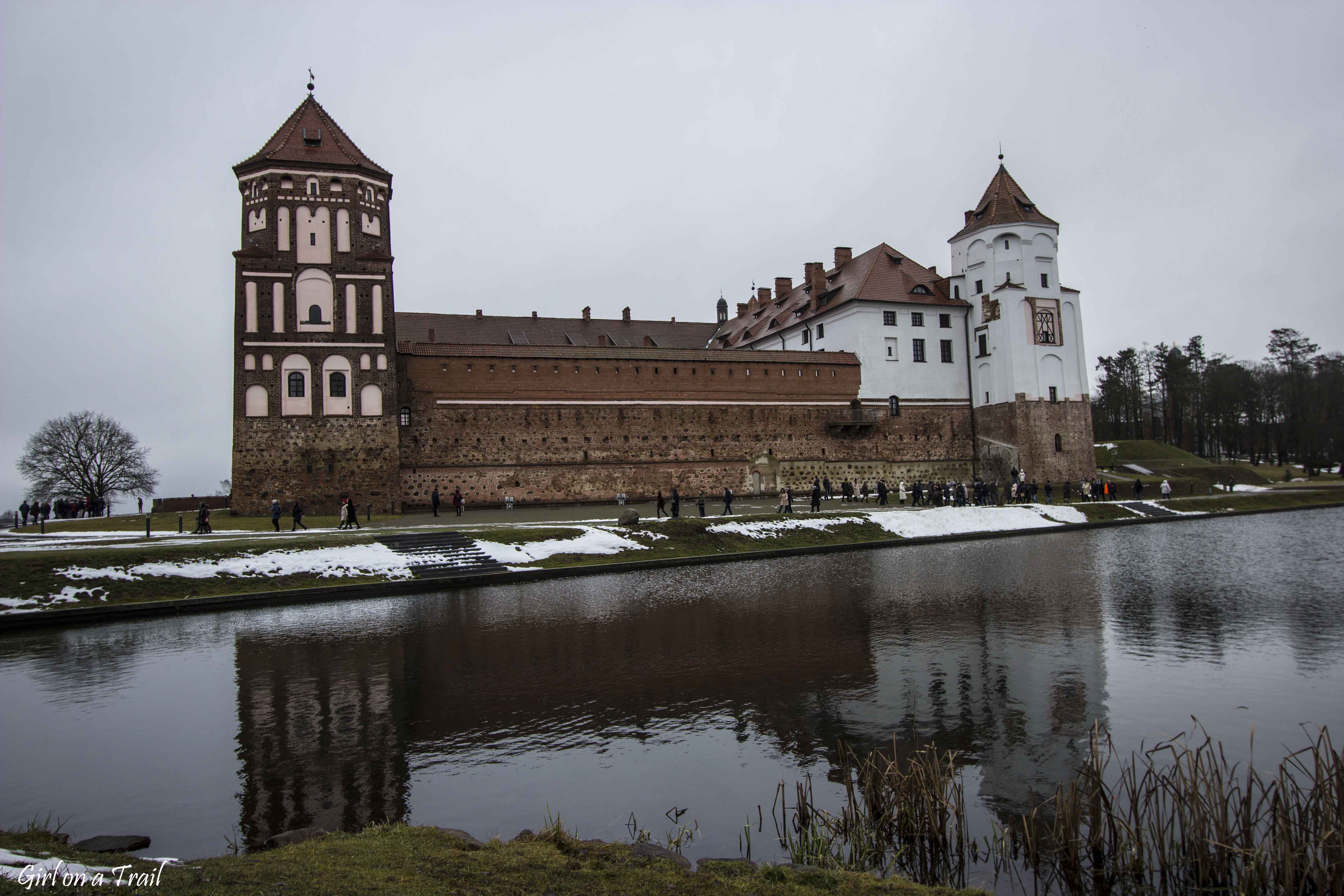 In the Lida Castle you can see how life looked like in the times of the raids of Teutonic Order. 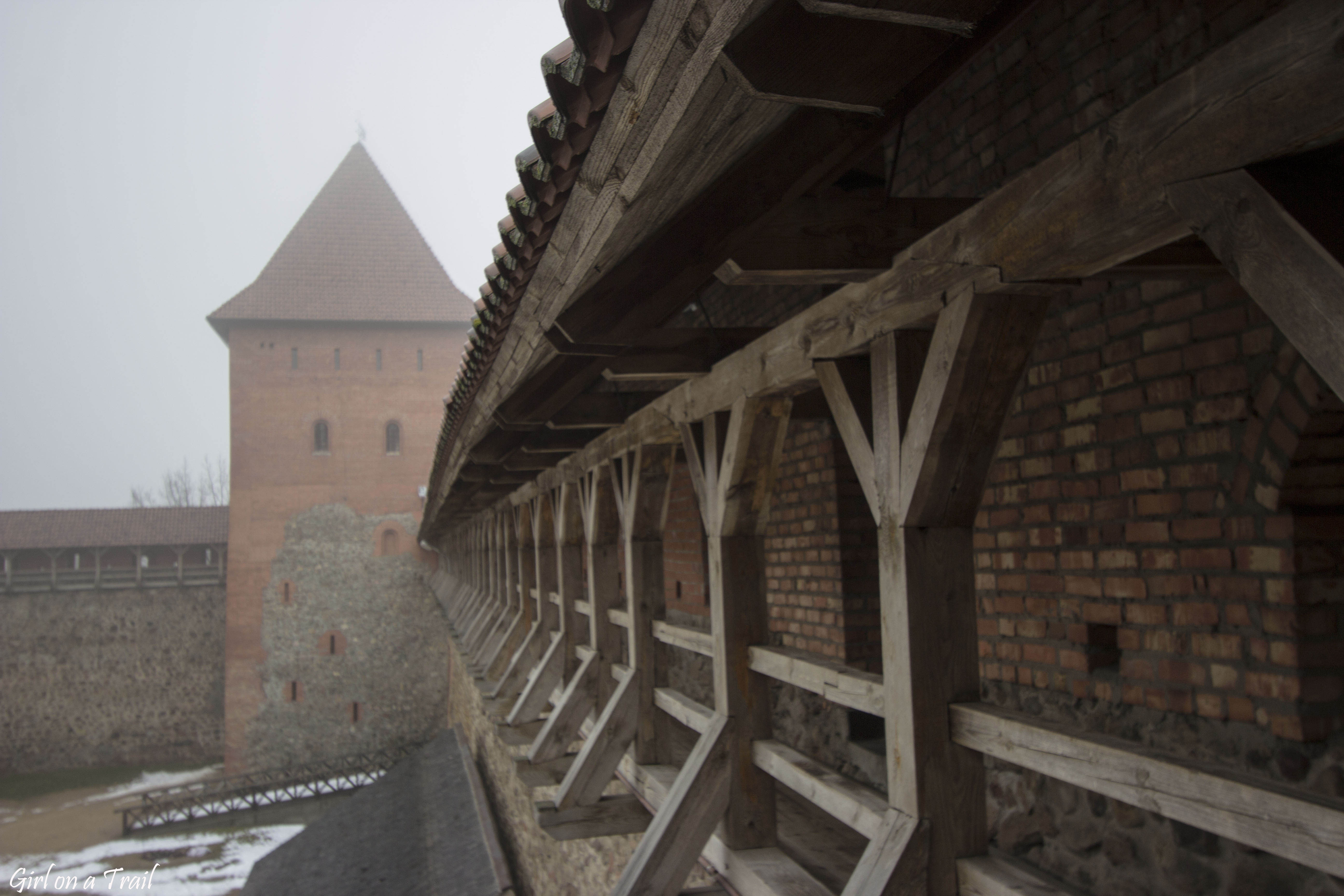 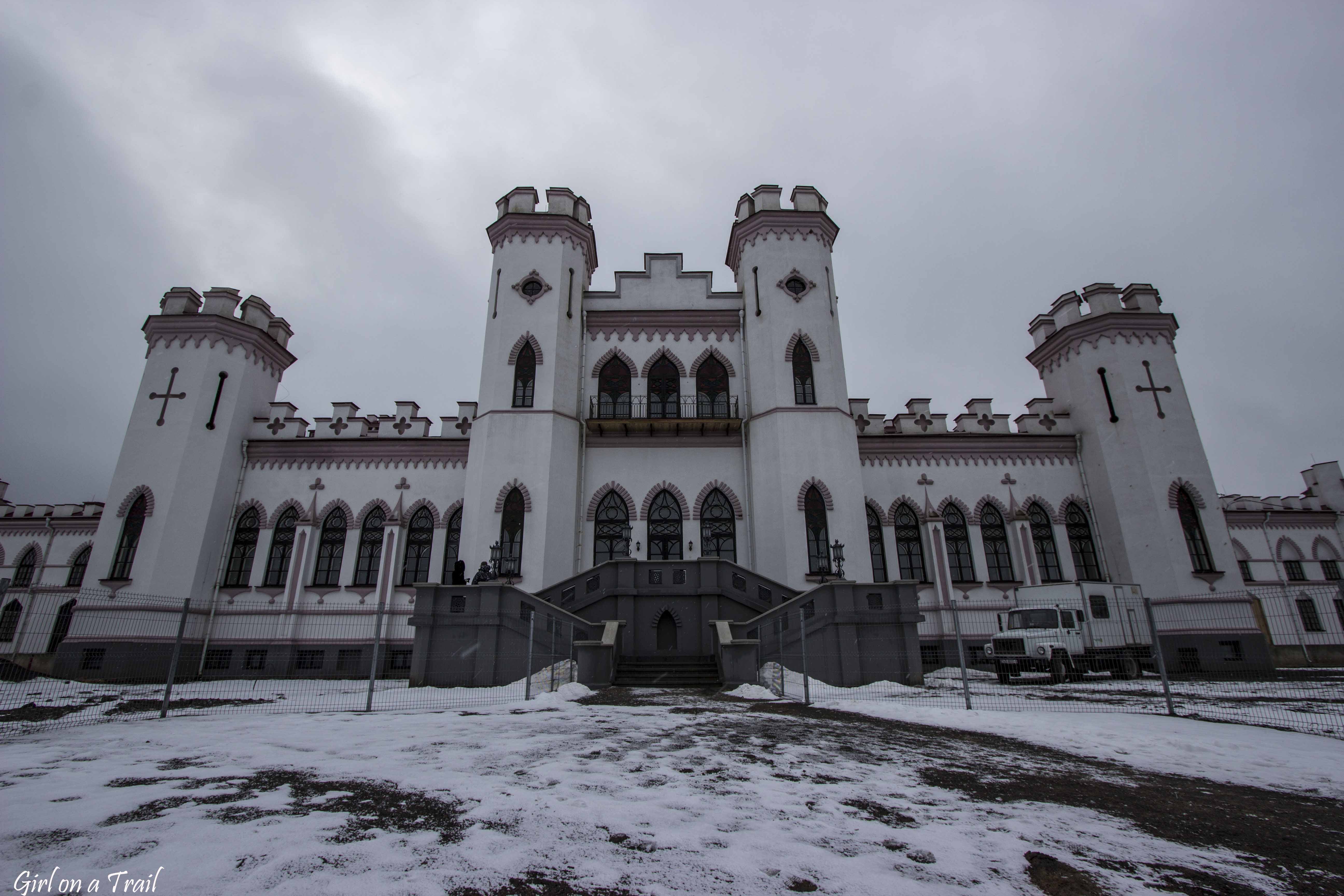 While travelling in Belarus I felt like the national symbol of this country were bisons and storks. Despite winter, storks in Belarus were present everywhere, on my way or on the market stalls 😉 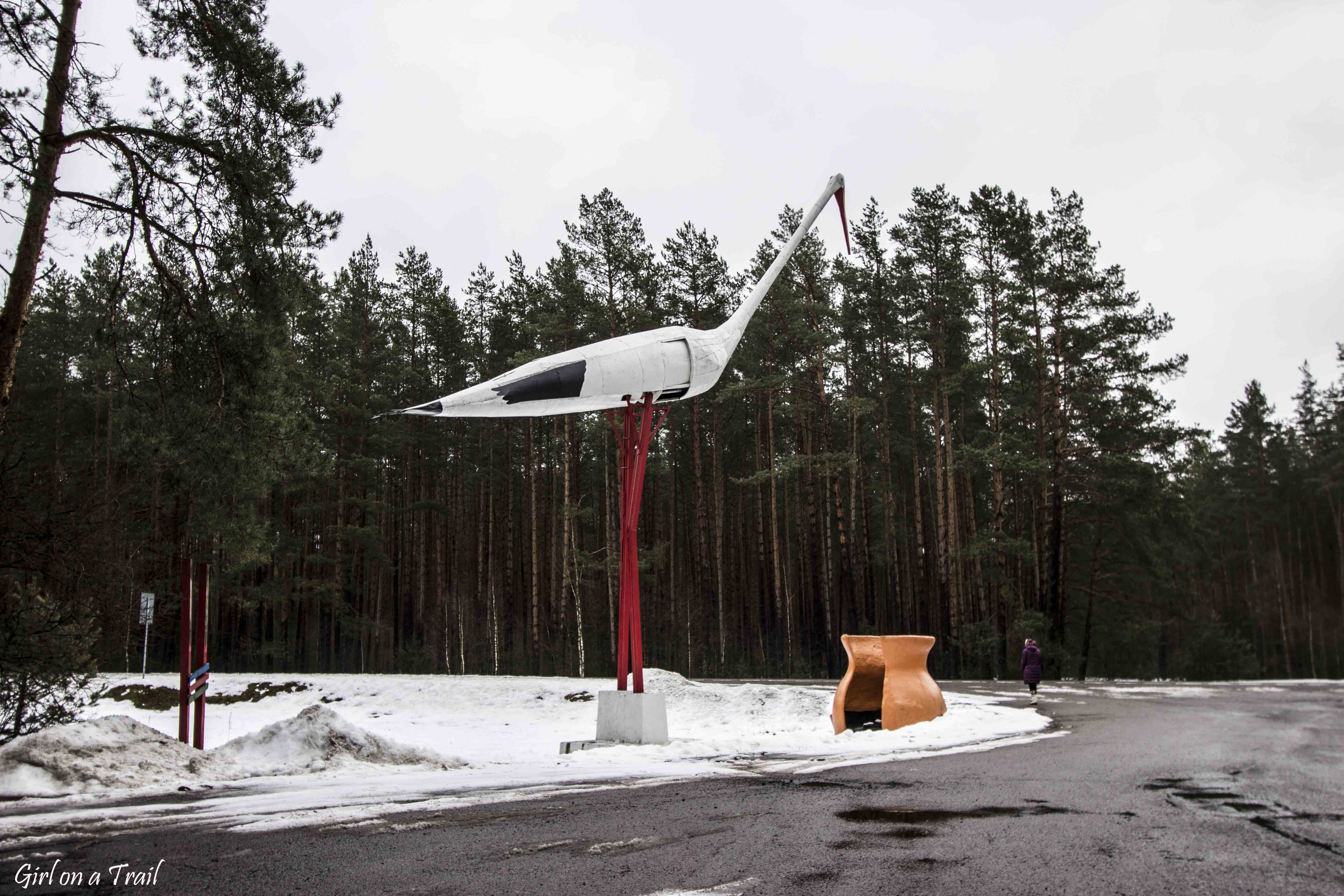 However, you don’t need to go Bialowieski National Park to see bisons, as you can see one close to the highway from Minsk to Brest! 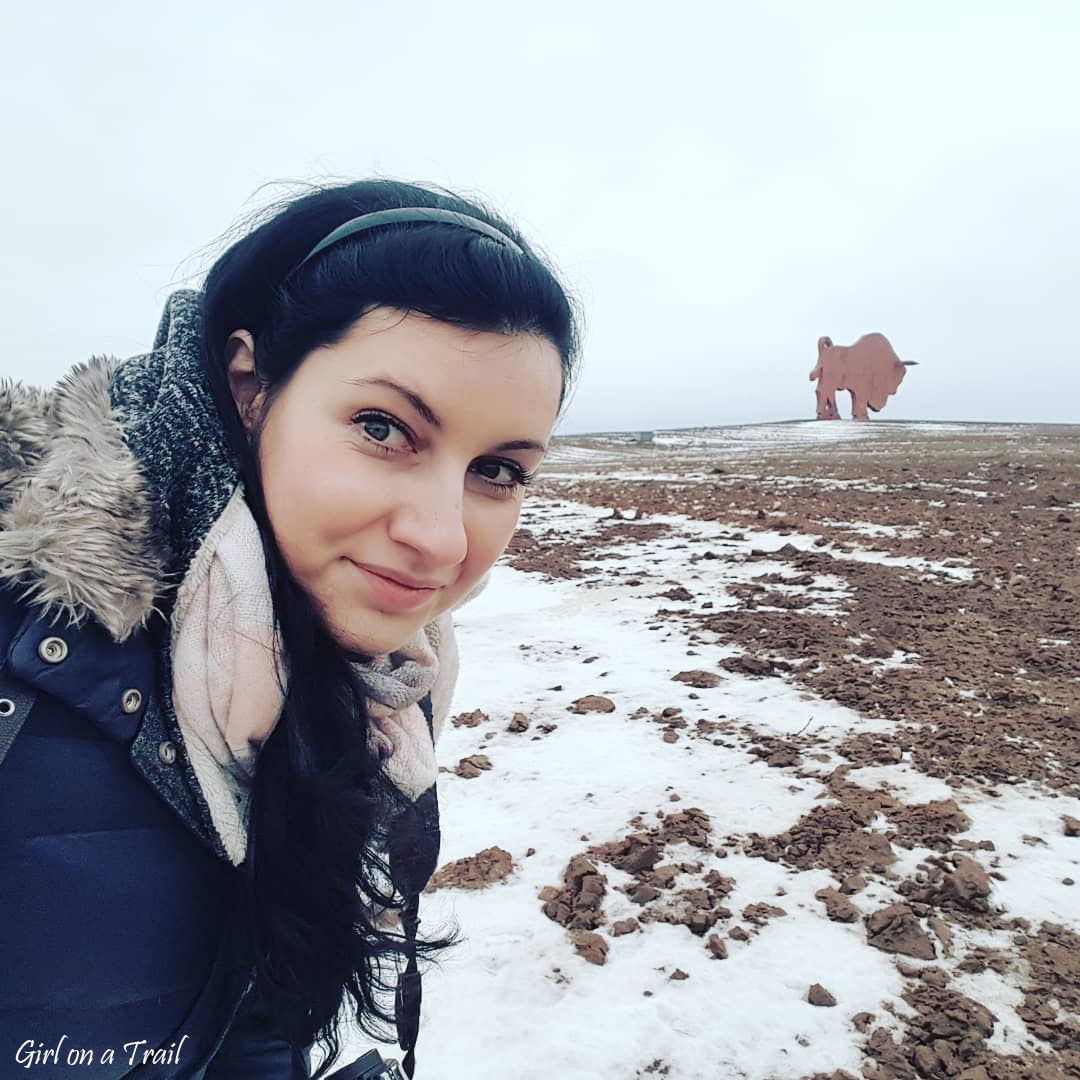 I couldn’t believe that I found a lot examples of Polish relationships with Belarus. Before leaving, I didn’t actually know what to expect. 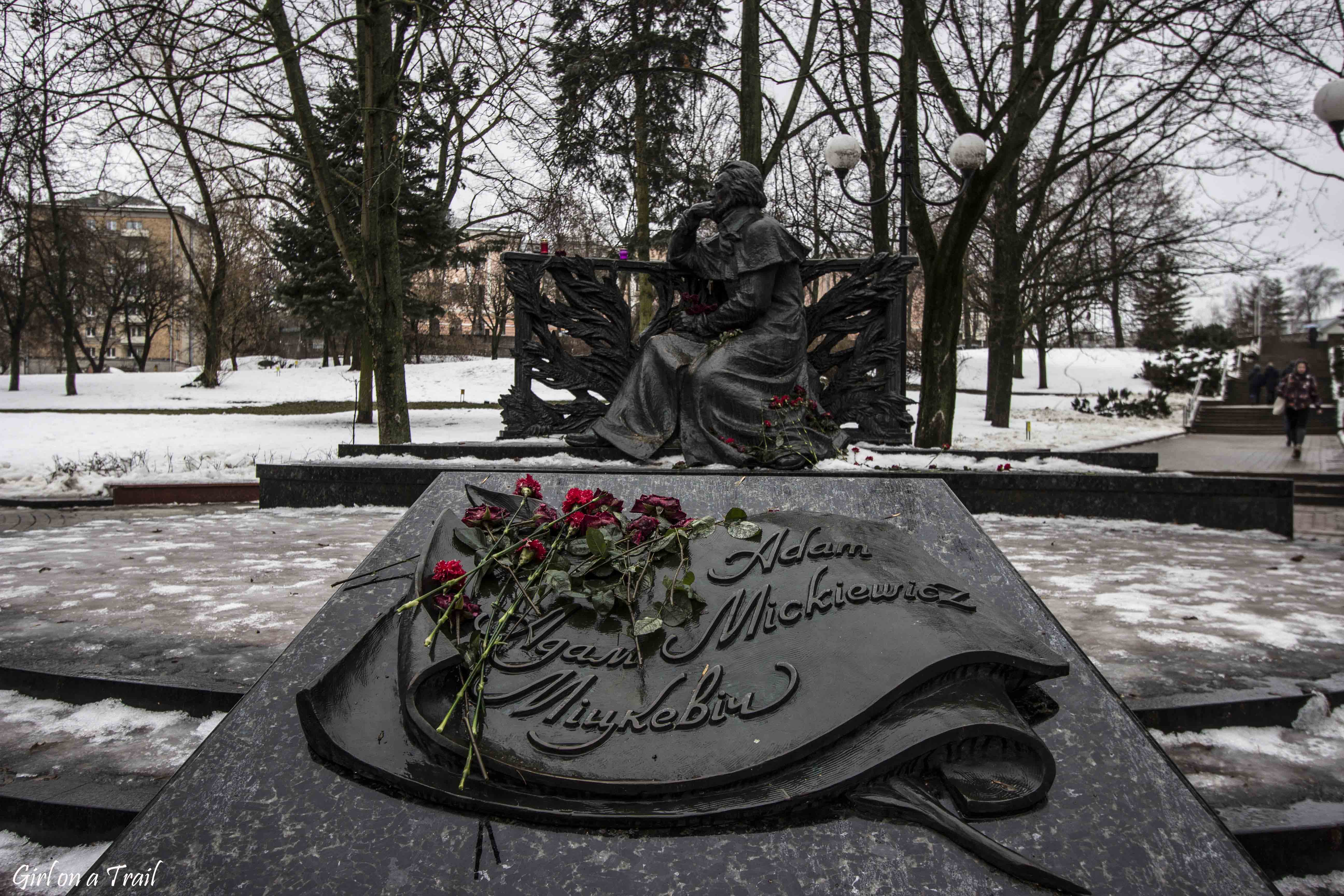 I was wondering how the Poles were perceived by Belarusians. I had a number of stereotypes in my head. I must admit that I treated this trip as a verification of the universal impressions of this country. Once again I checked that reality differs a lot from the way as its presented or we think about it. I am surprised by the culture and openness of Belarusians, the state of roads and safety.  During the stay I wasn’t felt bad because of my nationality, on the contrary a lot of people were very helpful I didn’t see any militia, on the roads (I covered around 1200 km in Belarus), I didn’t encounter bribery and was impressed by the way the Belarusians drive. 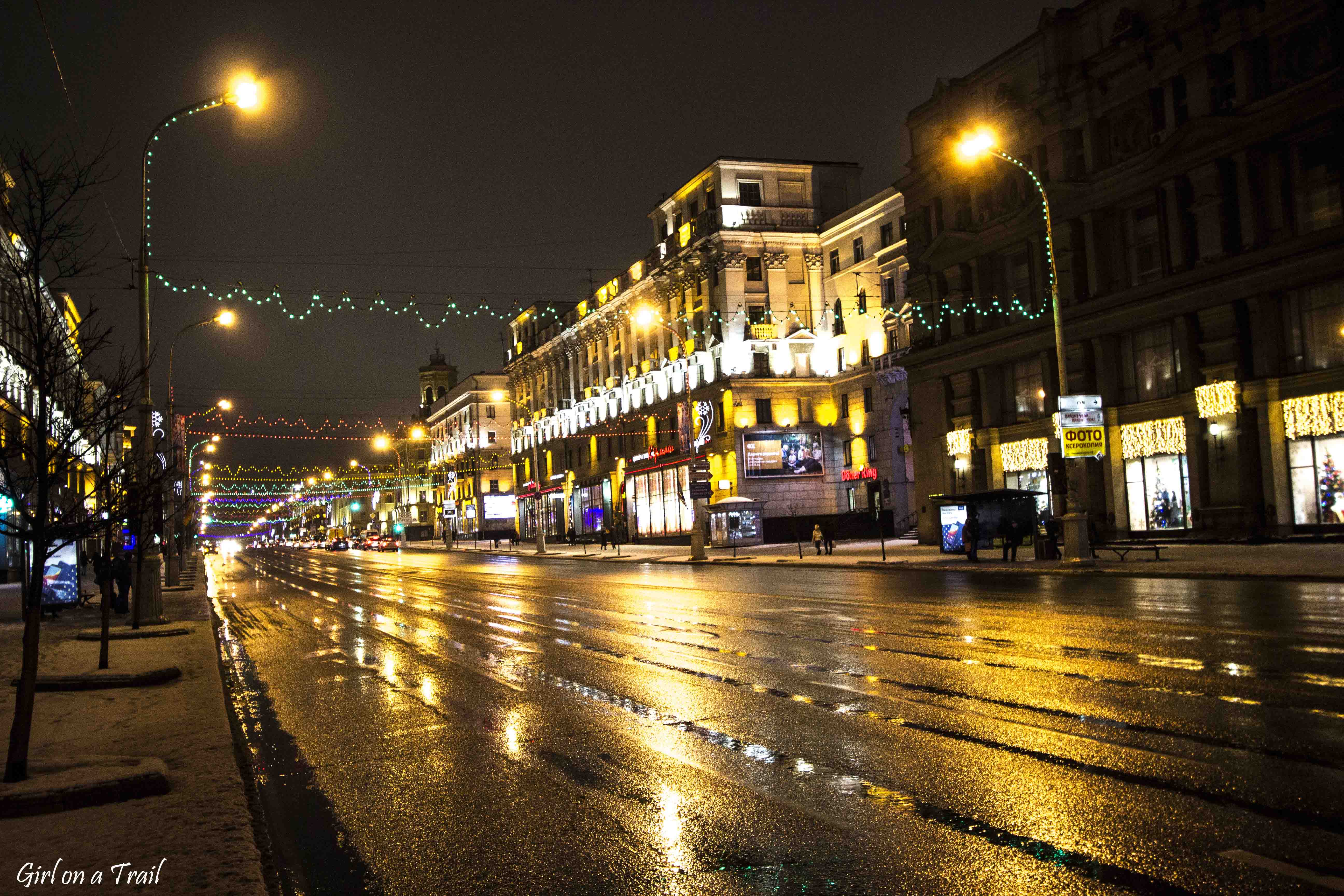 There are also some interesting abandoned buildings  in Belarus. One of the most interesting places is certainly the Belarusian exclusion zone – Belarusian part of the contaminated zone, after the Chernobyl power plant explosion. Unfortunately, due to a small amount of time, I wasn’t  able to visit this place. As a consolation, I chose to visit an abandoned palace  in Ruzhana. 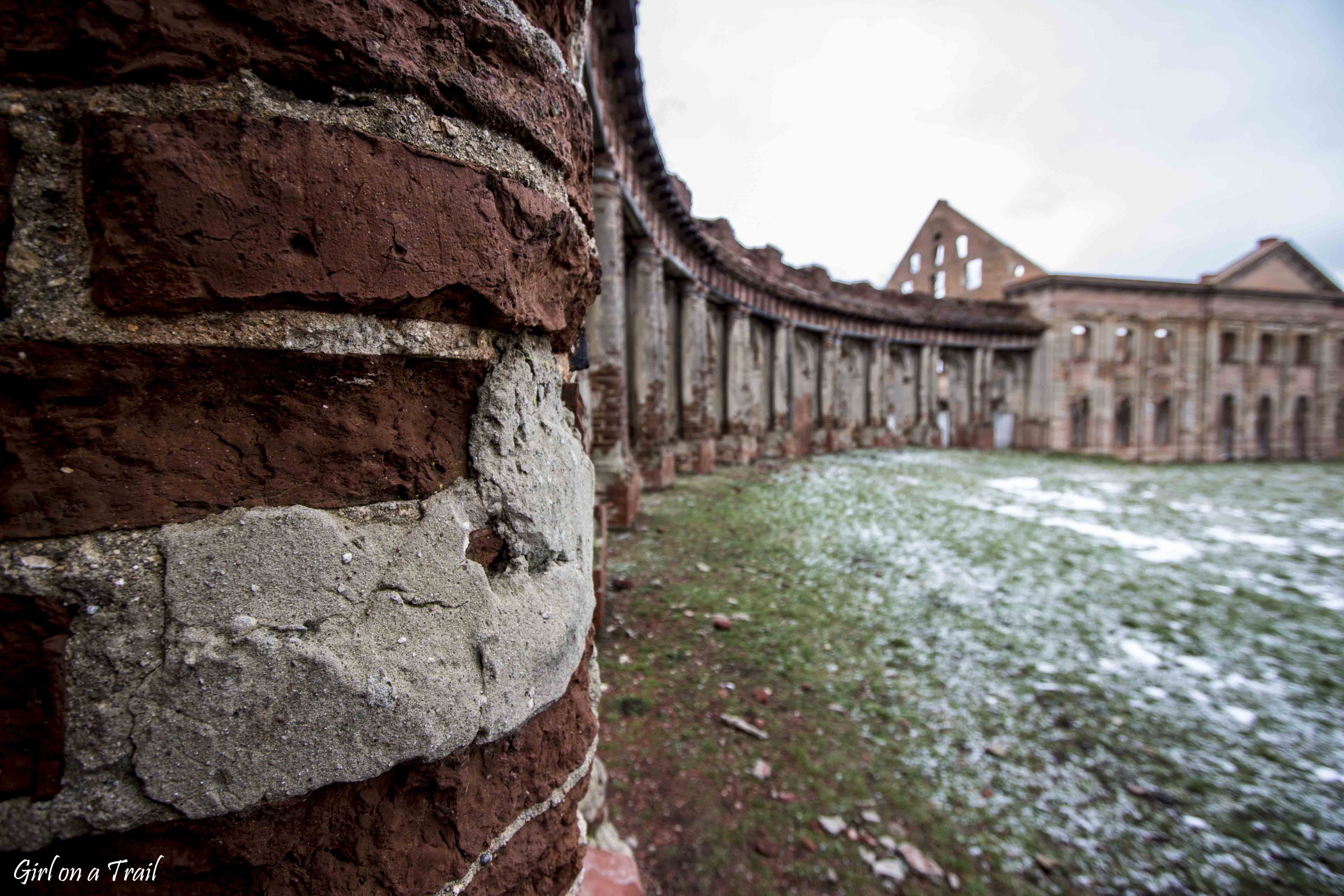 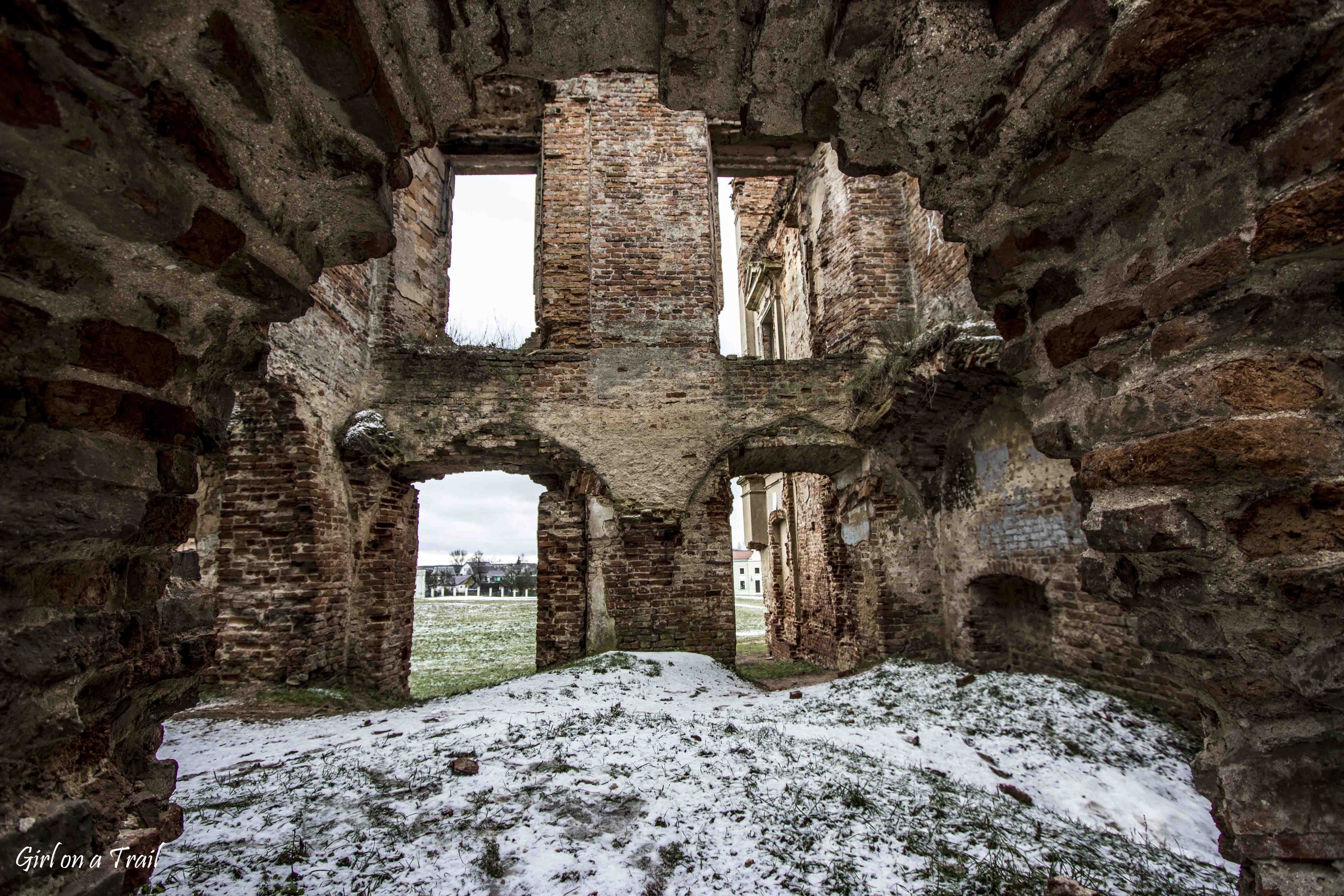 What is true this complex has years of greatness behind it, while its skeleton and location on the high hill is still impressive. 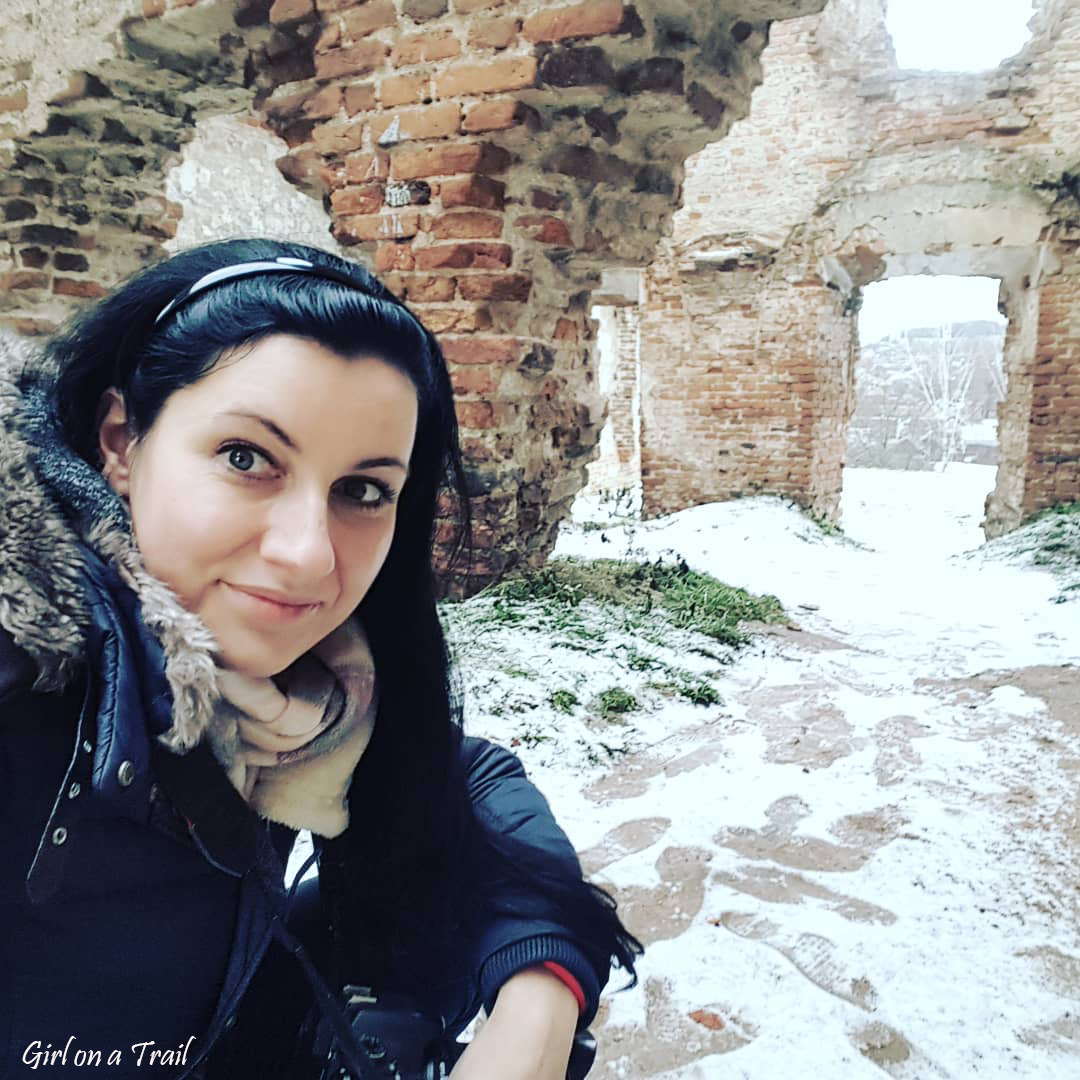 The Fortress in Brest was the last place in my journey to Belarus, and at the same time the icing on the cake. 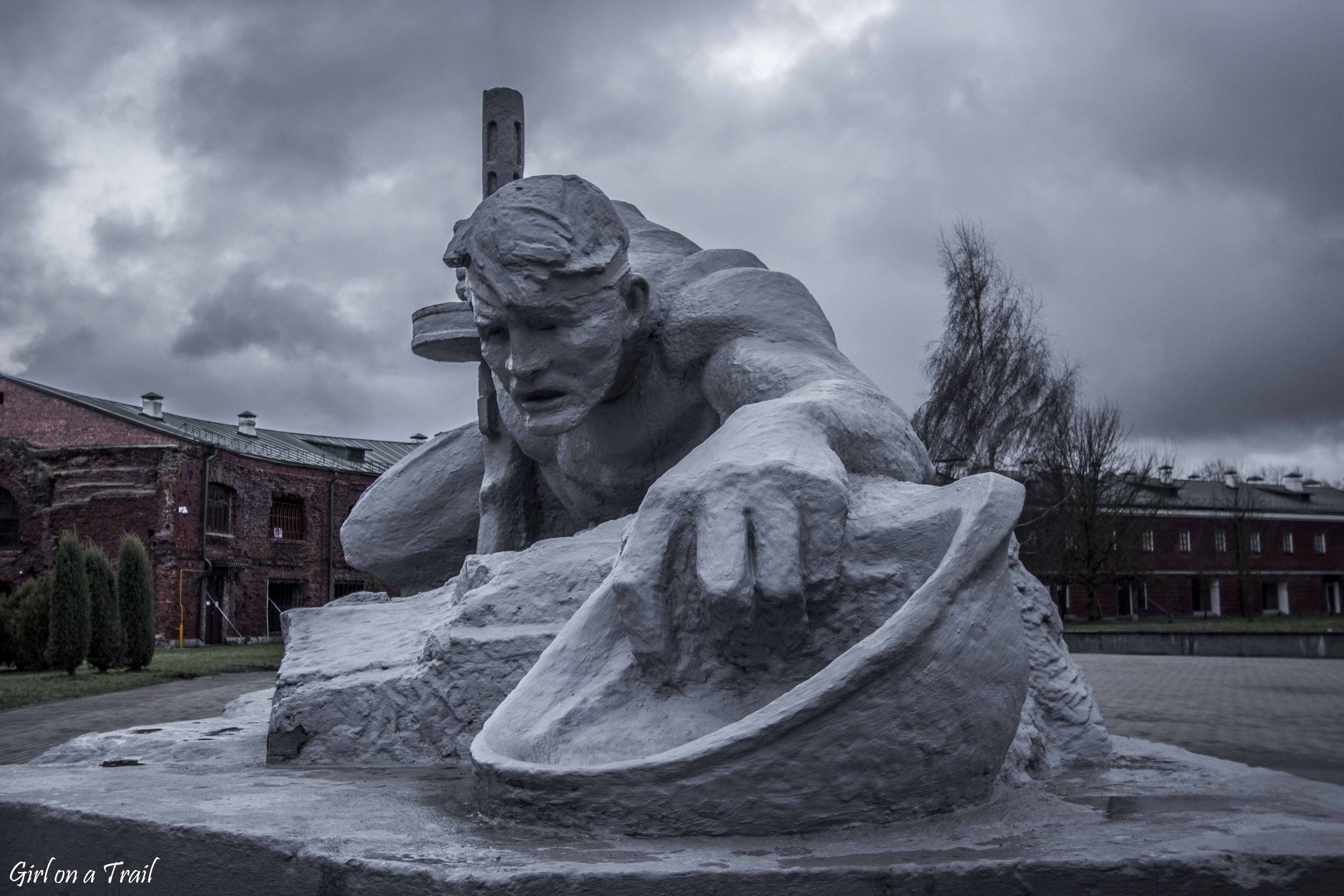 But first, a little bit of history, the fortress was built in the first half of the 19th century and to the outbreak of World War II was within Poland borders. Then, it was included into the USSR. 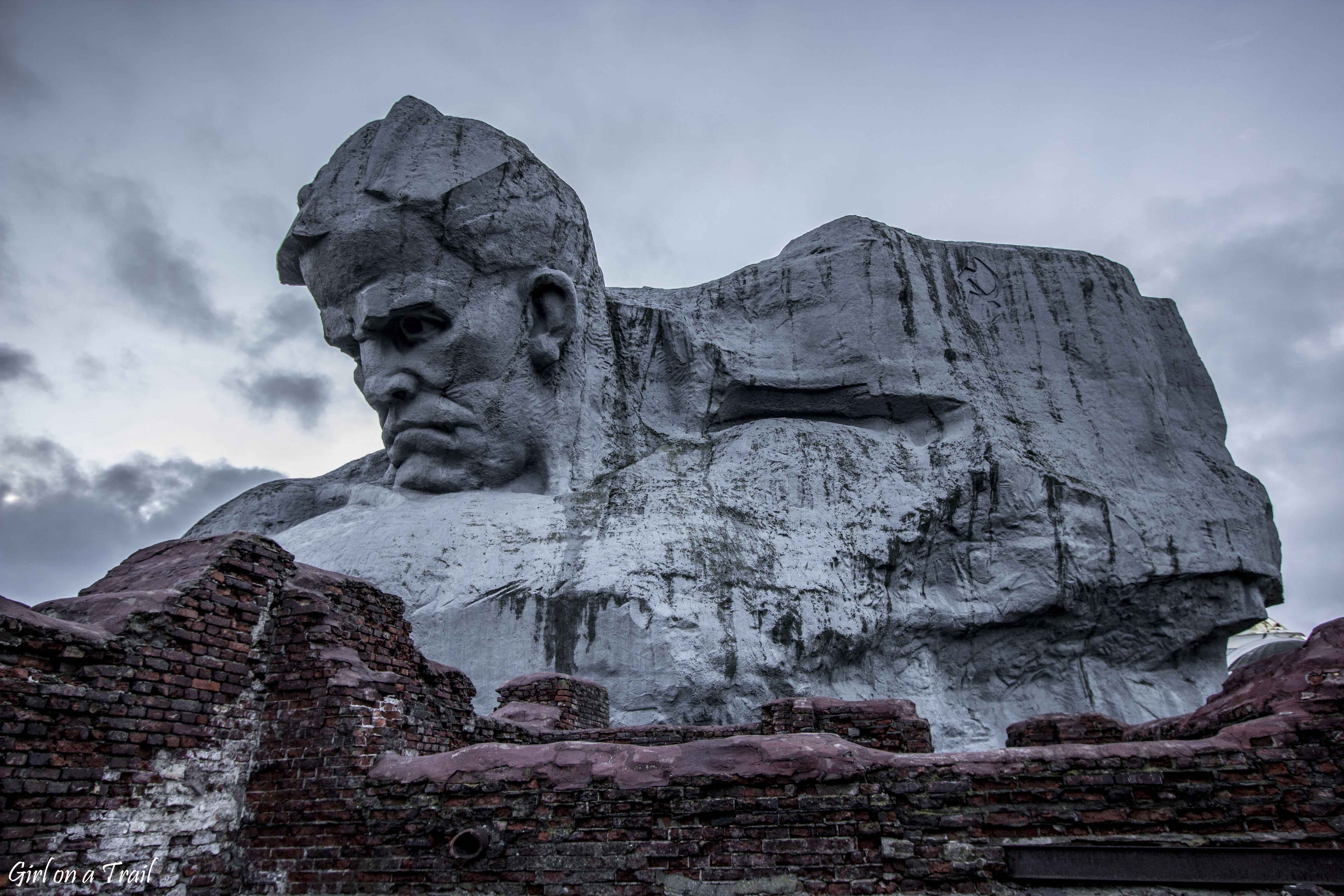 The Fortress In Brest is also called the fortress of heroes and it’s a symbol of the heroic fight of its defenders.

The staple in Belarus are potatoes and cream. The choice is wide, for example  from many potato dishes you can taste: Draniki (potato pies), potato casserole and mashed potato in a shape of sausage. Belarusian cuisine also consists of aromatic soups like: borscht, soljanka or mushroom soup. 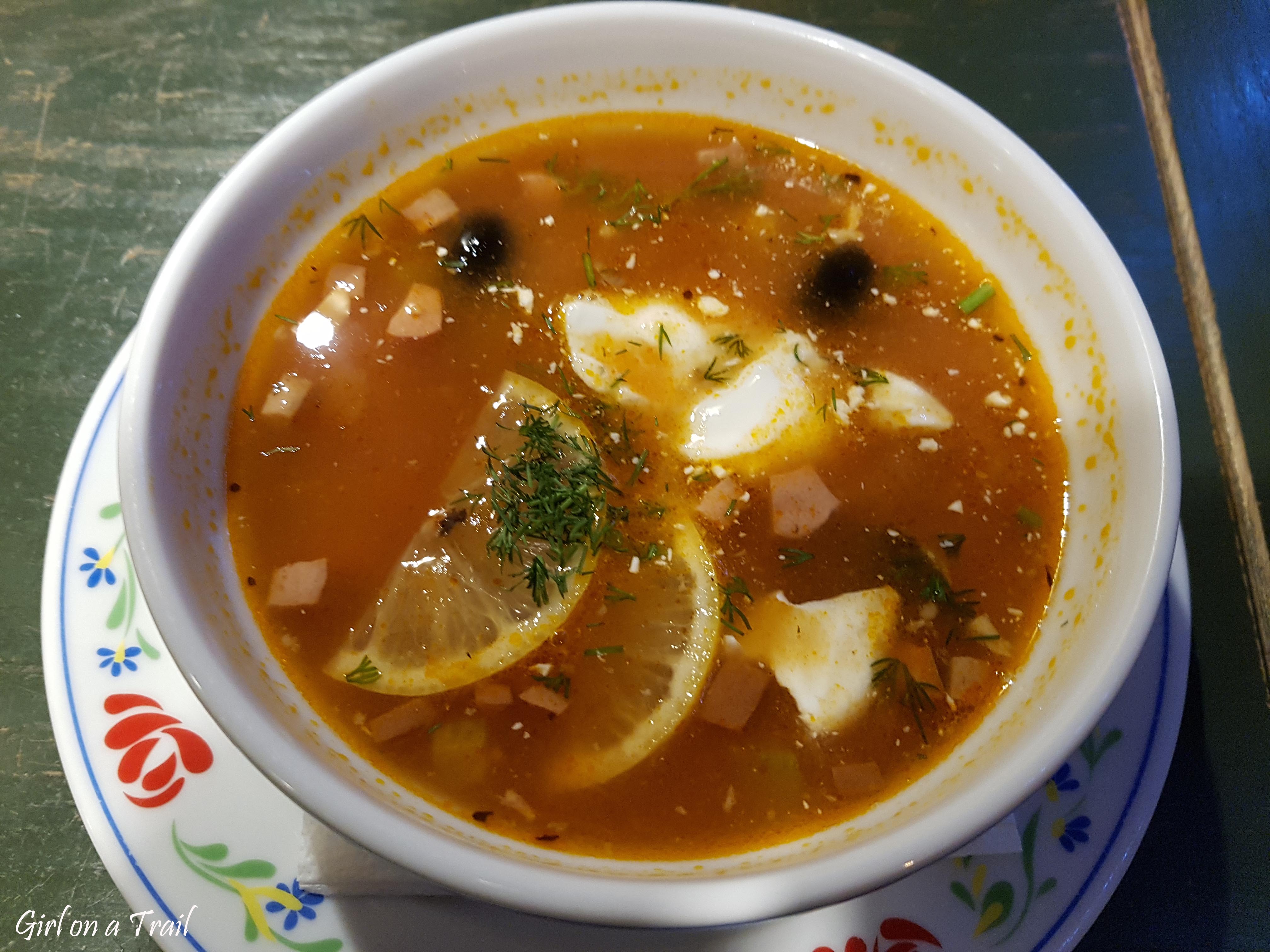 Very popular are also dishes like: dumplings, pies, pancakes, pelmeni or kolduny. Belarusians don’t use a lot of spices while thick cream is mandatory to every dish. More about Belarusian cuisine soon 😉 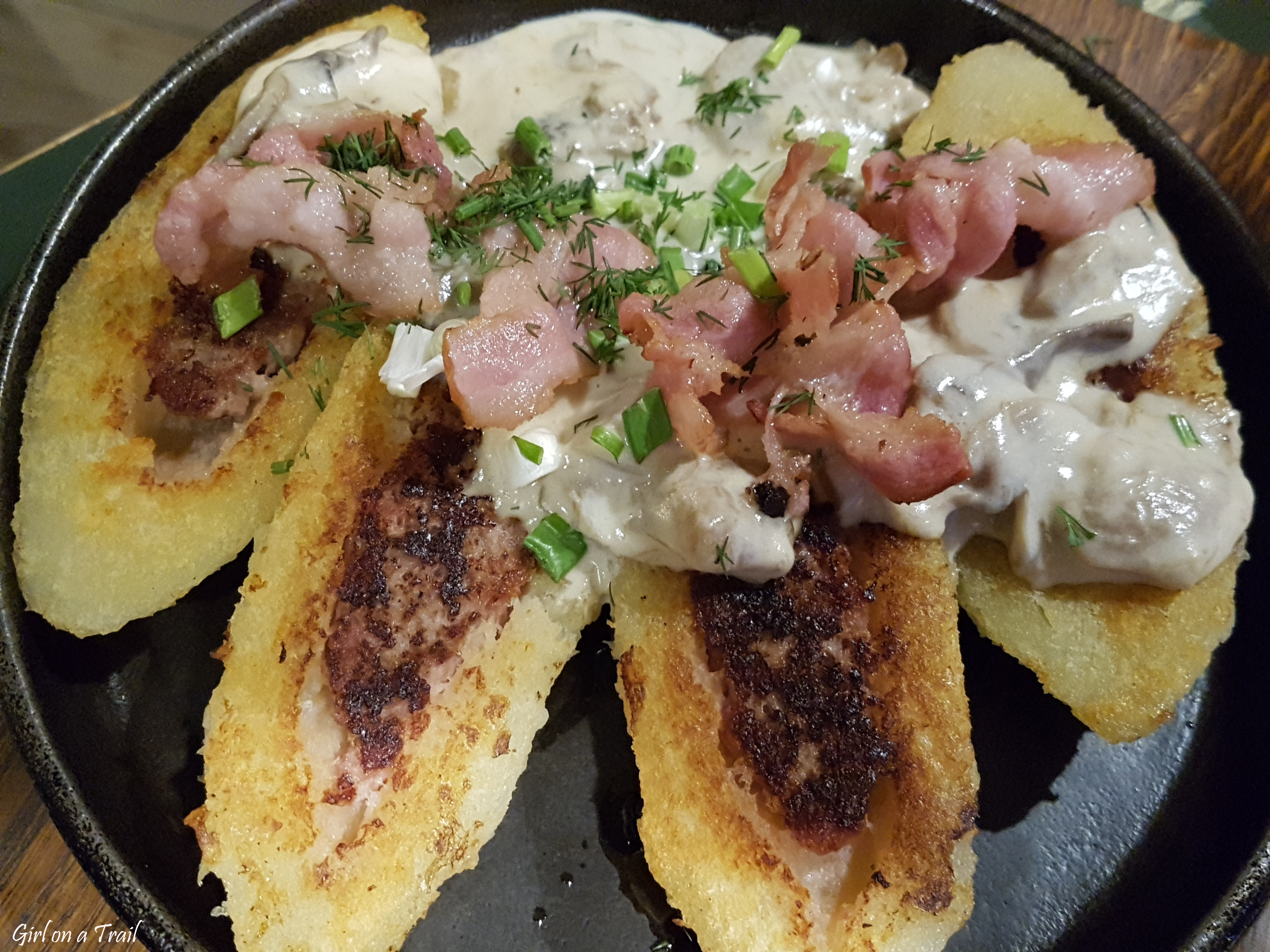 Surprising that after just a few hours of driving you can land in a completely different reality. A reality remembered perfectly by our parents or grandparents. The monuments of Lenin or Stalin, and the symbols of hammer and sickle are the most visible element of political system. 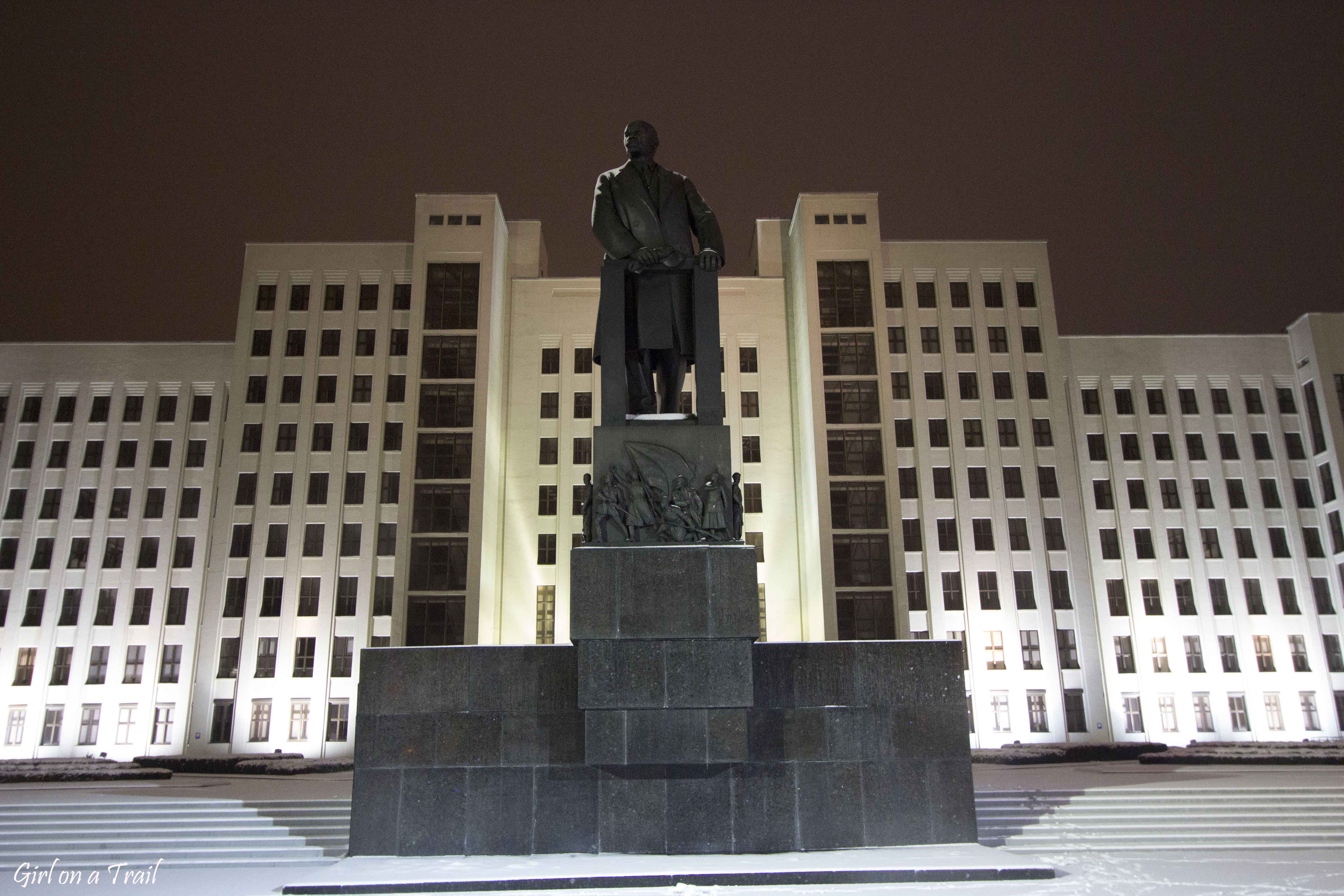 However, the real fun starts when you need to do some formalities. Bureaucracy, countless quantity of documents and signatures, constant backlogs in procedures make the journey to the past, even more authentic! 😉 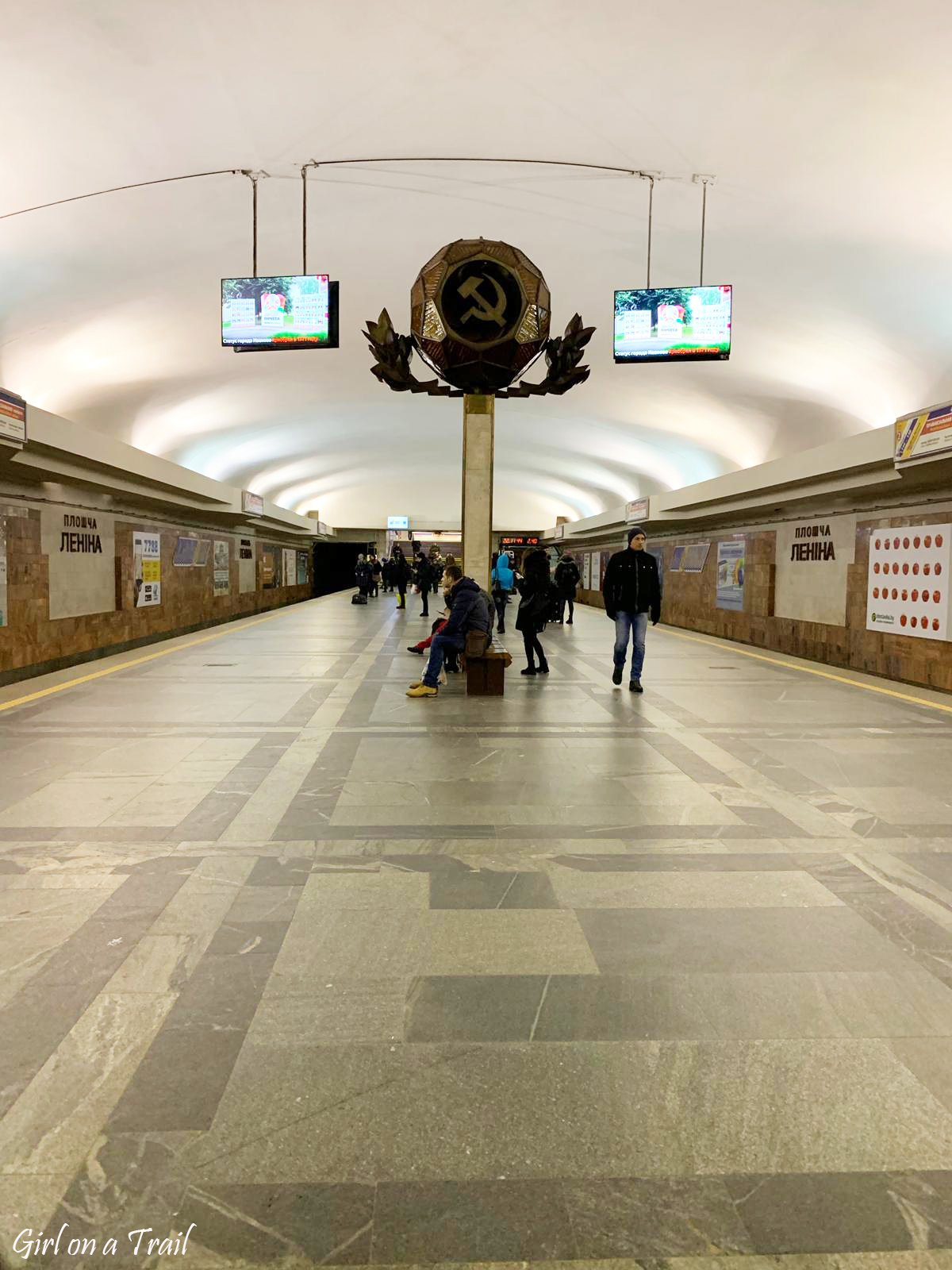