Finally, it’s time for a post about Berlin, but I won’t focus on charming, elegant places. On the contrary, it’s time to write about Berlin in ruins! Practical to the bone, the Germans have mastered the art of bringing back old buildings to life. A similar direction is currently seen in Warsaw, however, on a smaller scale and in a completely different way. How do Germans do it? Very simple. The resuscitation of these places has nothing to do with the German perfection. They assume, that there’s no point of changing something that is iconic itself, due to its history and unique character. 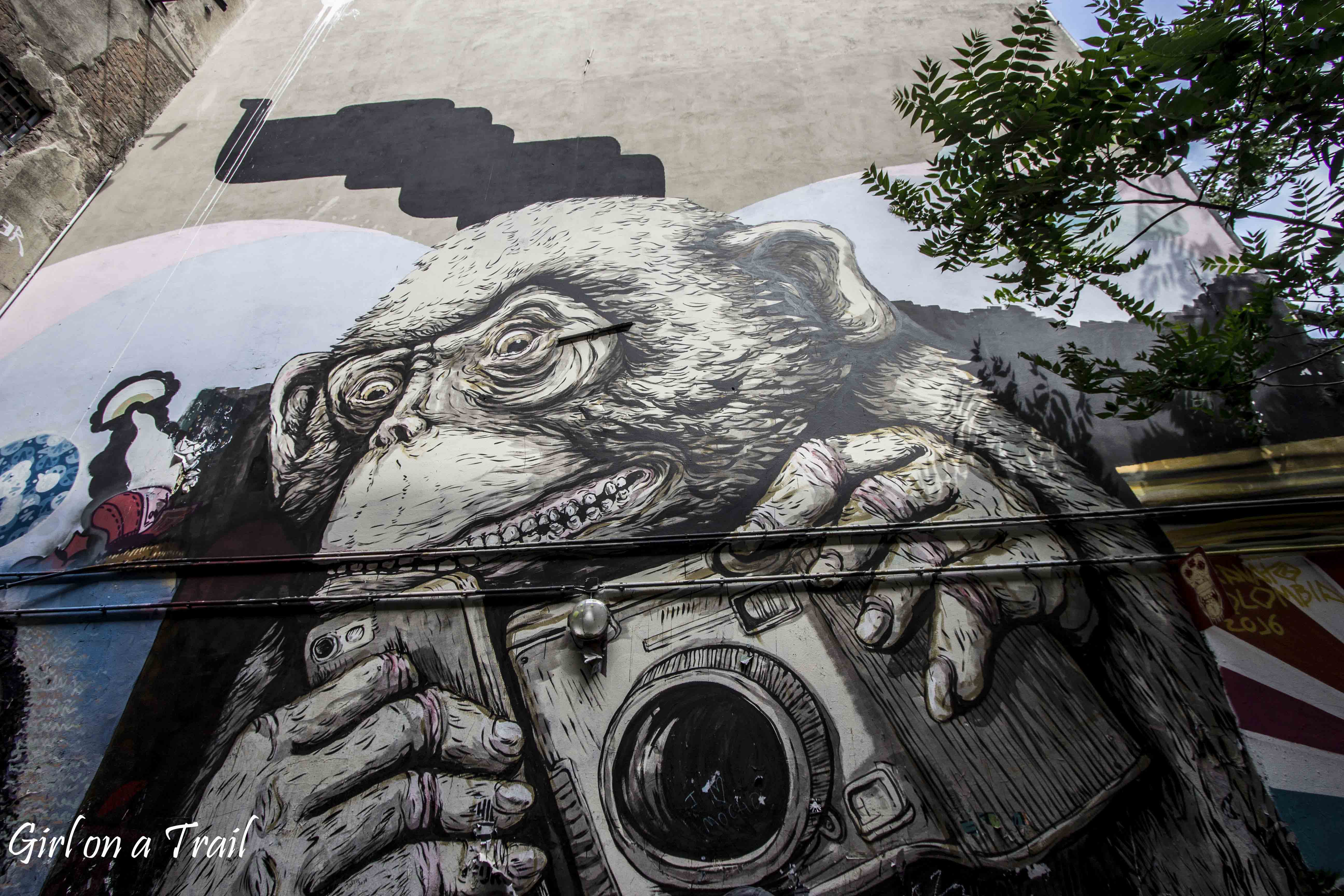 Tempelhof airport, closed since 2008 is a perfect example of German ingenuity. What can be done with an unprofitable airport located near the centre of Berlin? An iconic meeting place! Runways are perfect for skaters, and the green area in the middle for numerous events or just a barbecue. The airport building is also available for sightseeing, details can be found here.The special sightseeing option attracts many tourists here, because the airport has a really interesting history. 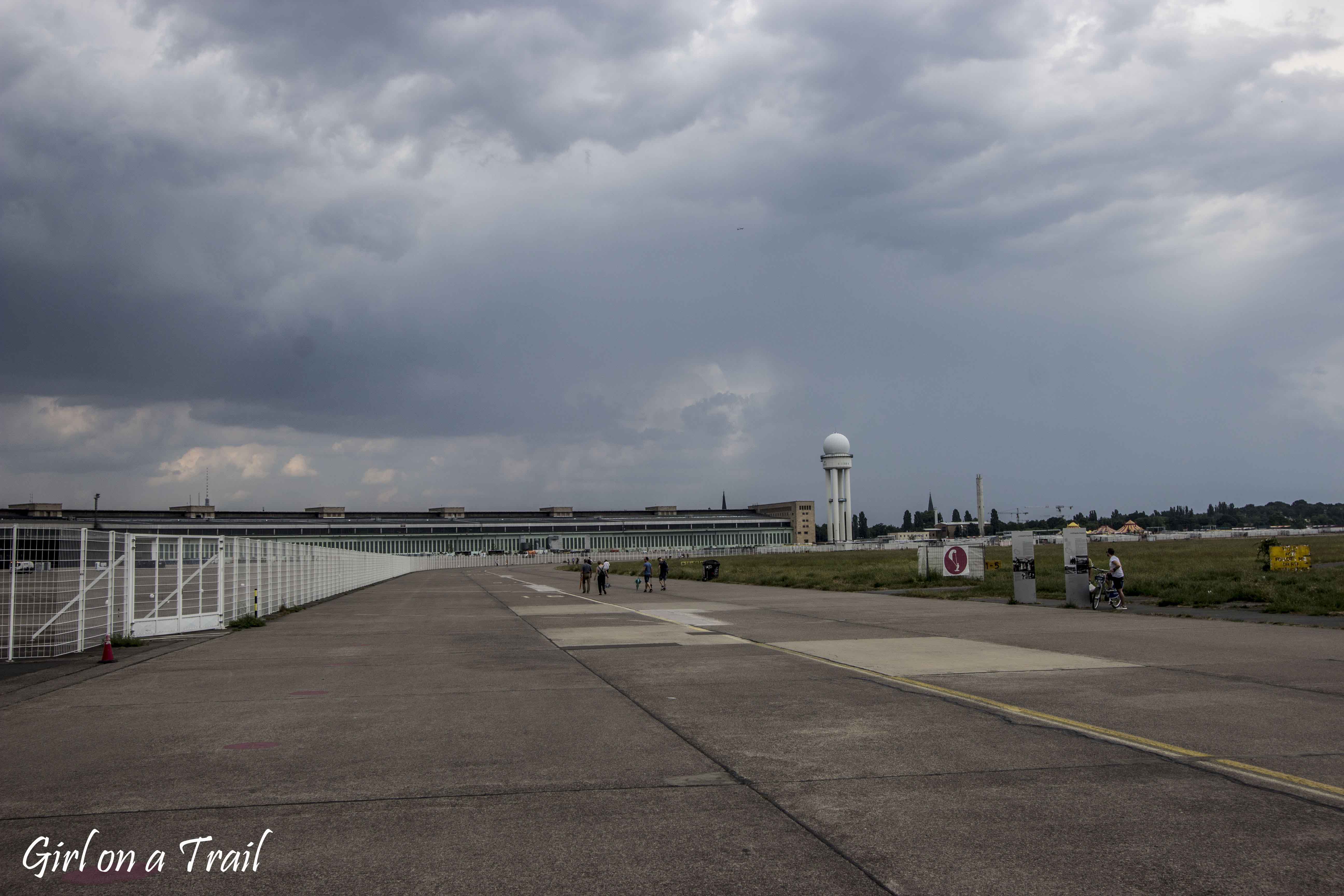 The airport was built in 1924. The plans for the construction of the great Third Reich included its extension. However, the airport wasn’t used during World War II according to its intended purpose. Weapons and bomb planes were produced in the airport’s hangars. What’s more interesting during the war it wasn’t virtually bombed. The Allies didn’t want to destroy such a strategic point that they could use later. Soon after the War, it turned out that they were right. Although, just after the Berlin conquest, the Red Army handed over the airport to the US Army, a few years later, West Berlin was blocked. Tempelhof played a key role at that time. In the period from June 1948 until May 1949 the Allies organized there an airlift to provide local residents with food and other necessary products. Over time, these aircrafts were  called “raisin bombers” or “candy bombers”, because in addition to essential goods, Americans also provided sweets for children. 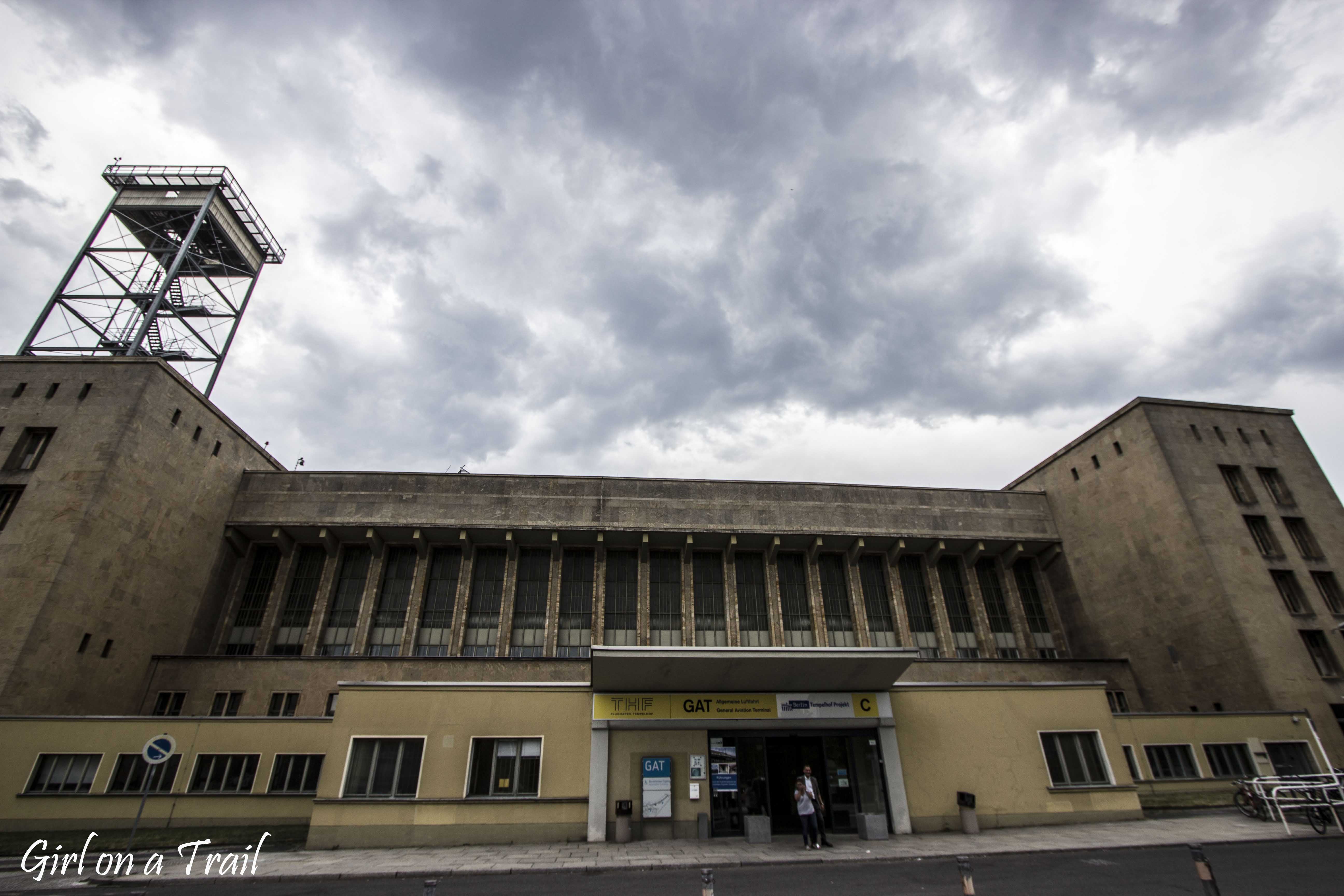 Tempelhof is an airport especially close to Poles, its location in close proximity to the border with Poland made it the “hub” of hijacked aircrafts and refugees from Poland during the Cold War. Numerous flights, especially in the 80’s, completely changed the meaning of the shortcut of Polish National Airline – LOT. The name began to be translated as: Landing on Tempelhof, or landet oft in Tempelhof (from German: landing often on Tempelhof). 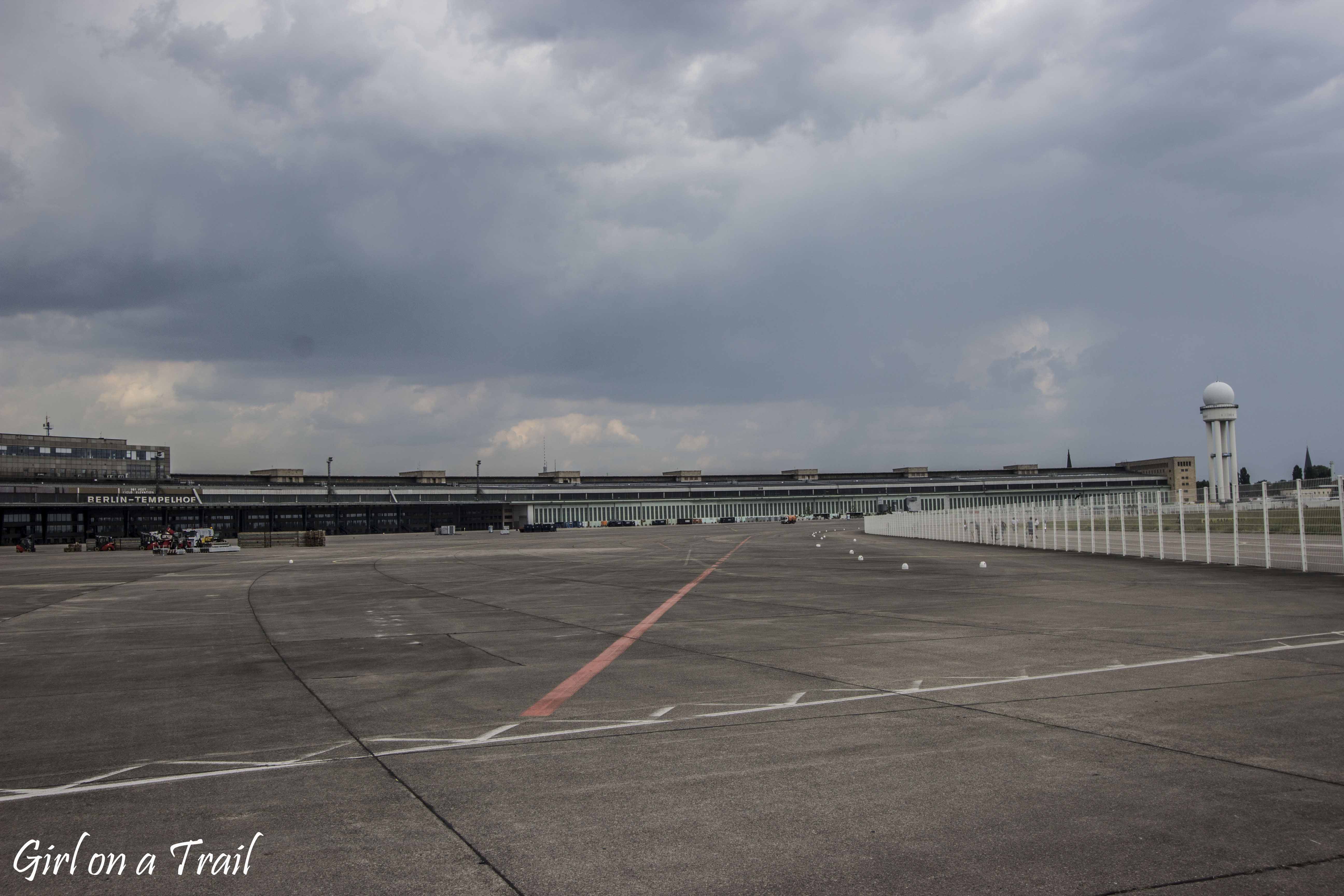 Temeplhof is the setting of many famous films such as the Bourne Supremacy, Steven Spieldberg’s – Bridge of Spies and Hunger Games.
You can get here by metro – U6 line towards Platz der Luftbrücke. Get off at the Tempelhof station, which is on the other side of the airport. 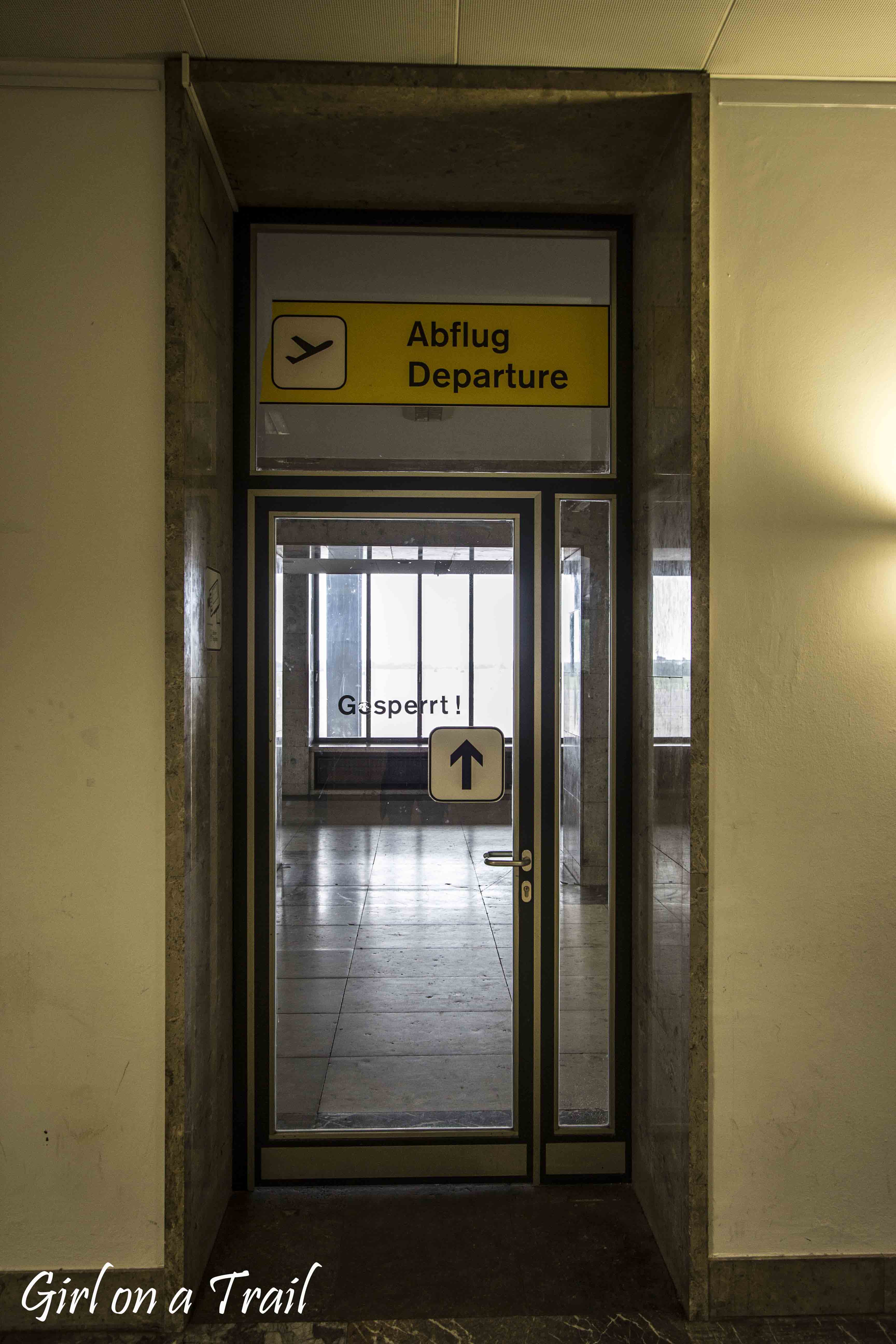 Haus Schwarzenberg is an interesting, hidden place, in the center of Berlin. In the small courtyard there are countless murals, workshops, cinema and bars. 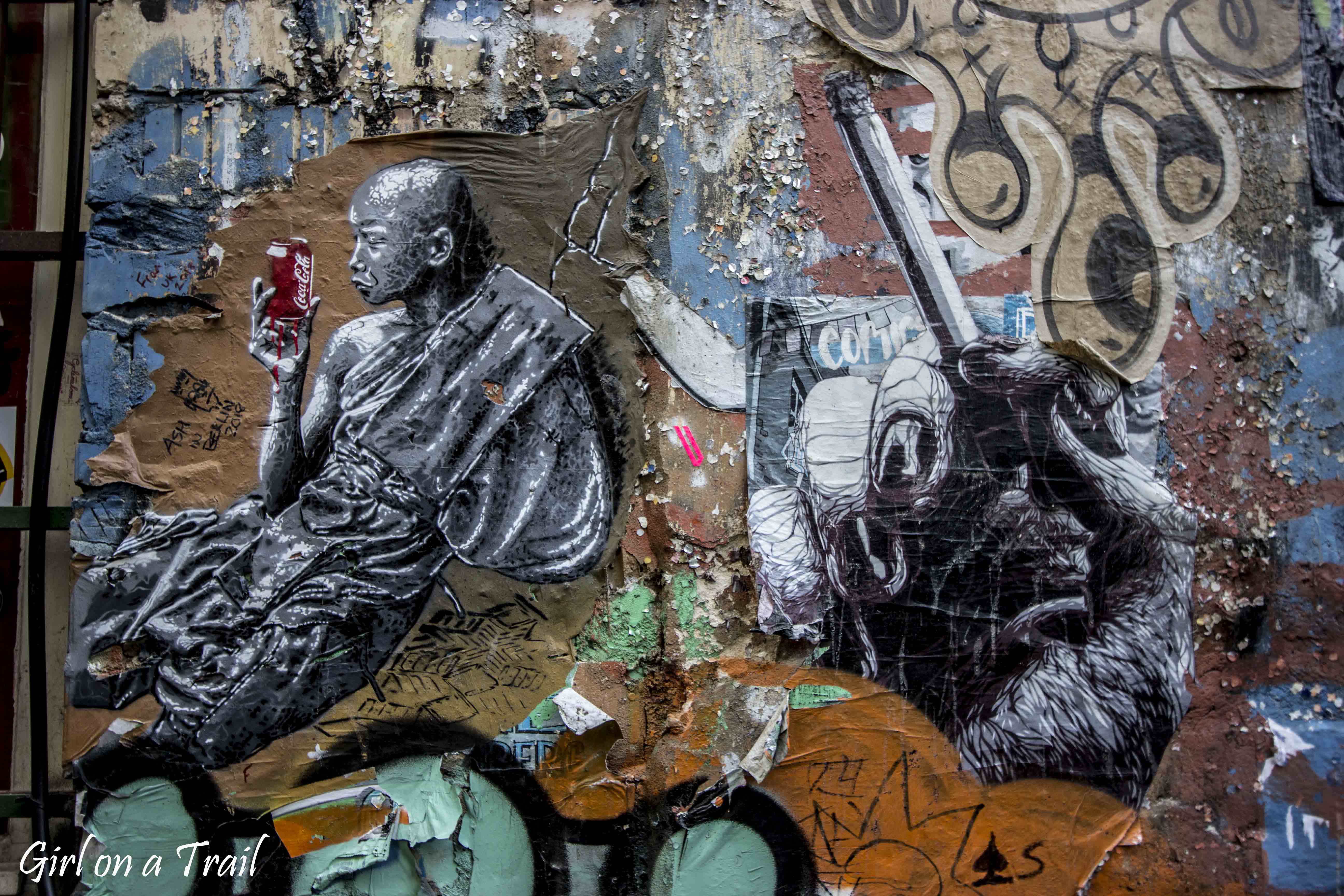 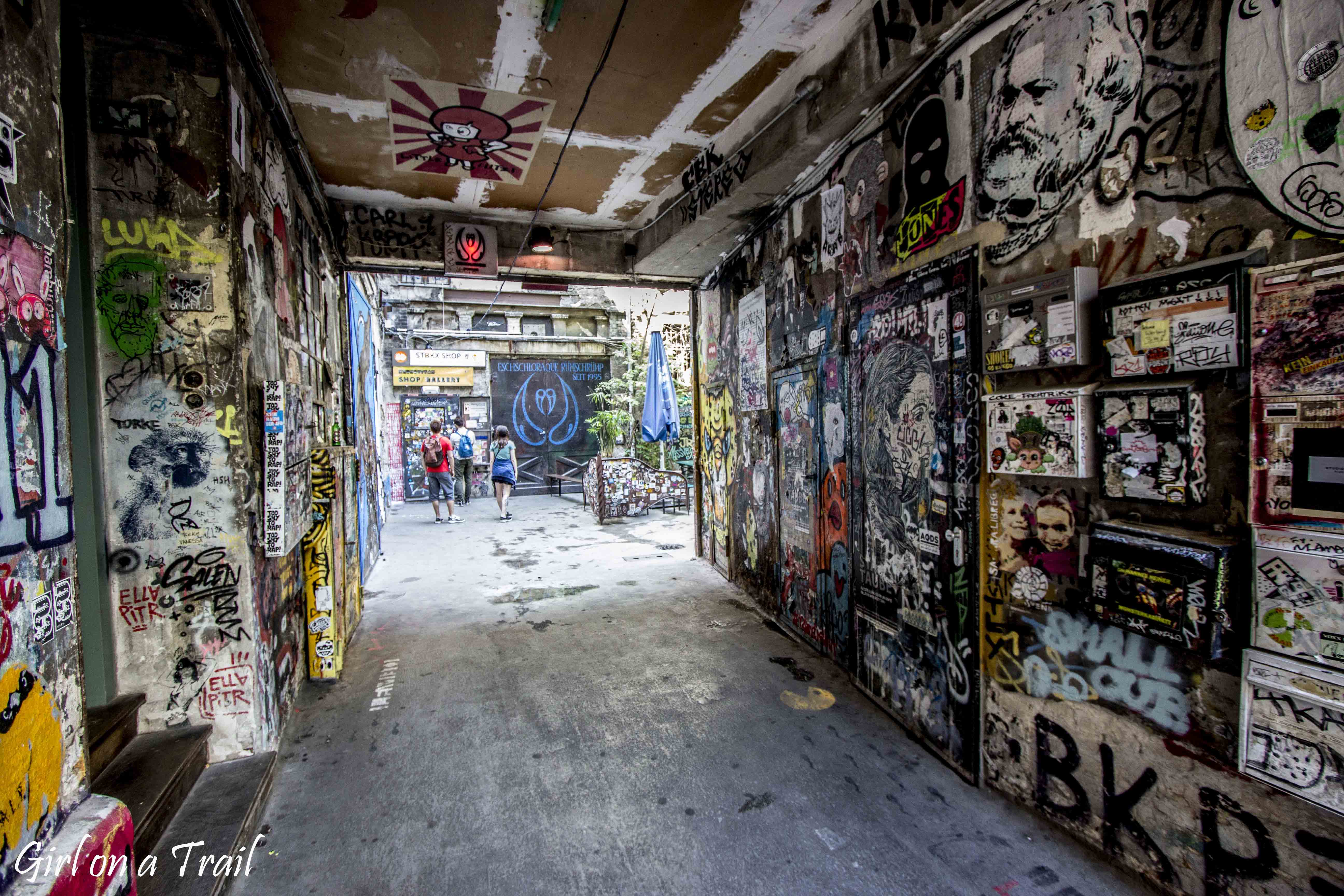 Actually, it’s hard to believe that on such a small surface you can see so many different works, mosaics and other artistic installations. 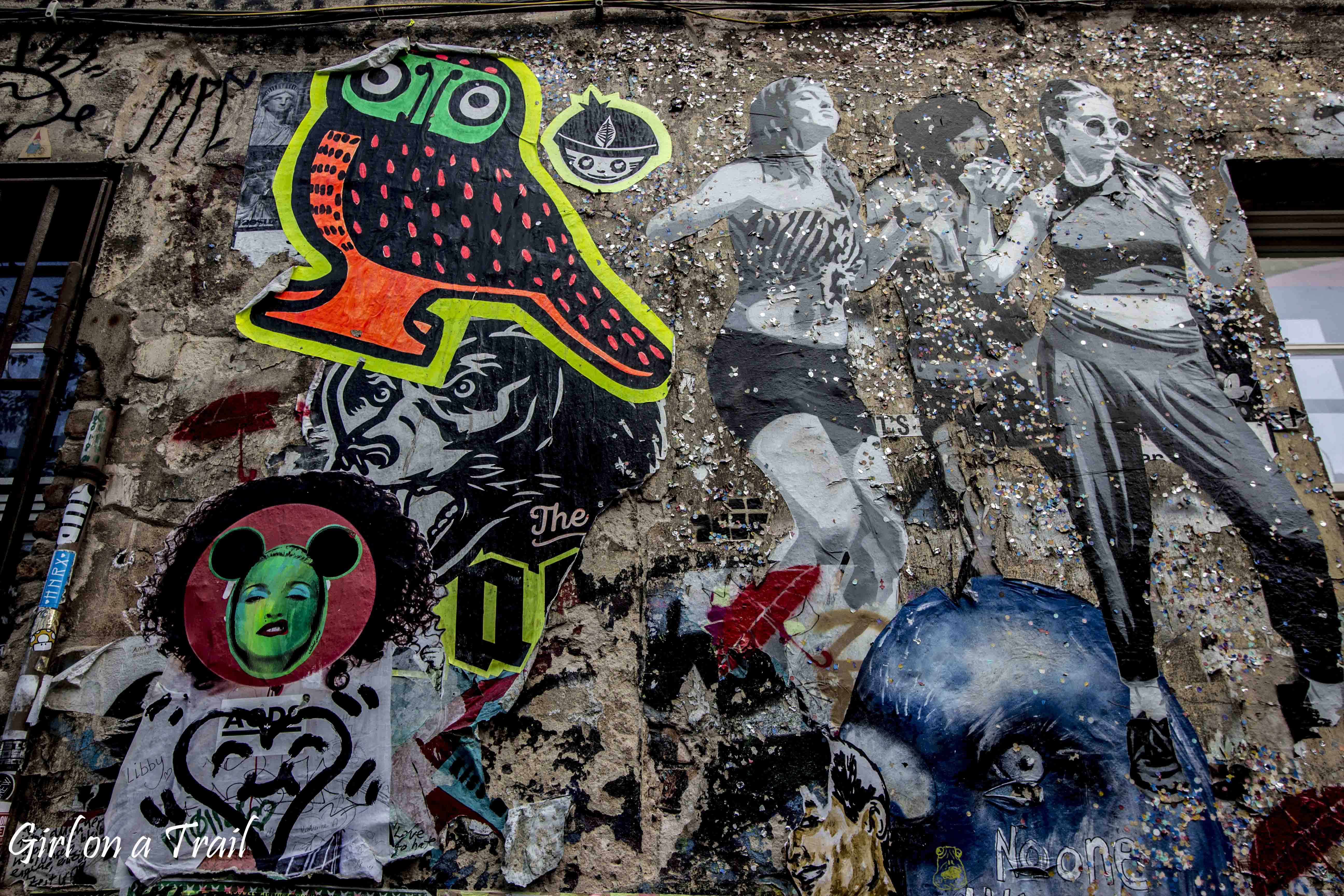 However, it’s not just an alternative hangout that many in Berlin. You can visit there the Museum of Otto Weidt’s workshop for the Blind (Museum Blindenwerkstatt Otto Weidt), who during WWII, employed blind Jews to protect them from being killed by Nazists. What’s more interesting, the they produced brooms and brushes… also for Wehrmacht. 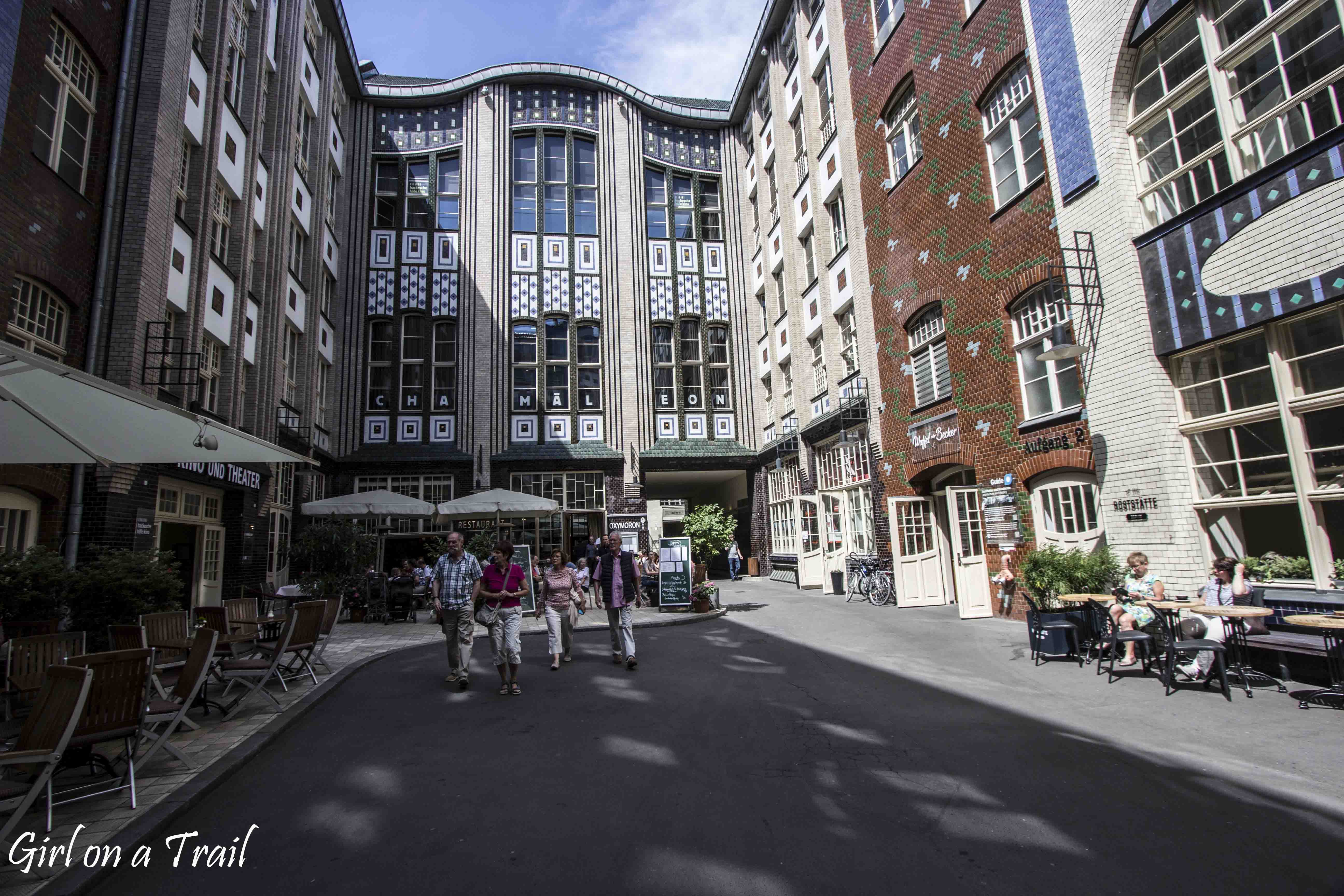 On the spot you can also visit the exhibition dedicated to Anne Frank. The entrance is located right next to the characteristic Anne Frank mosaic. 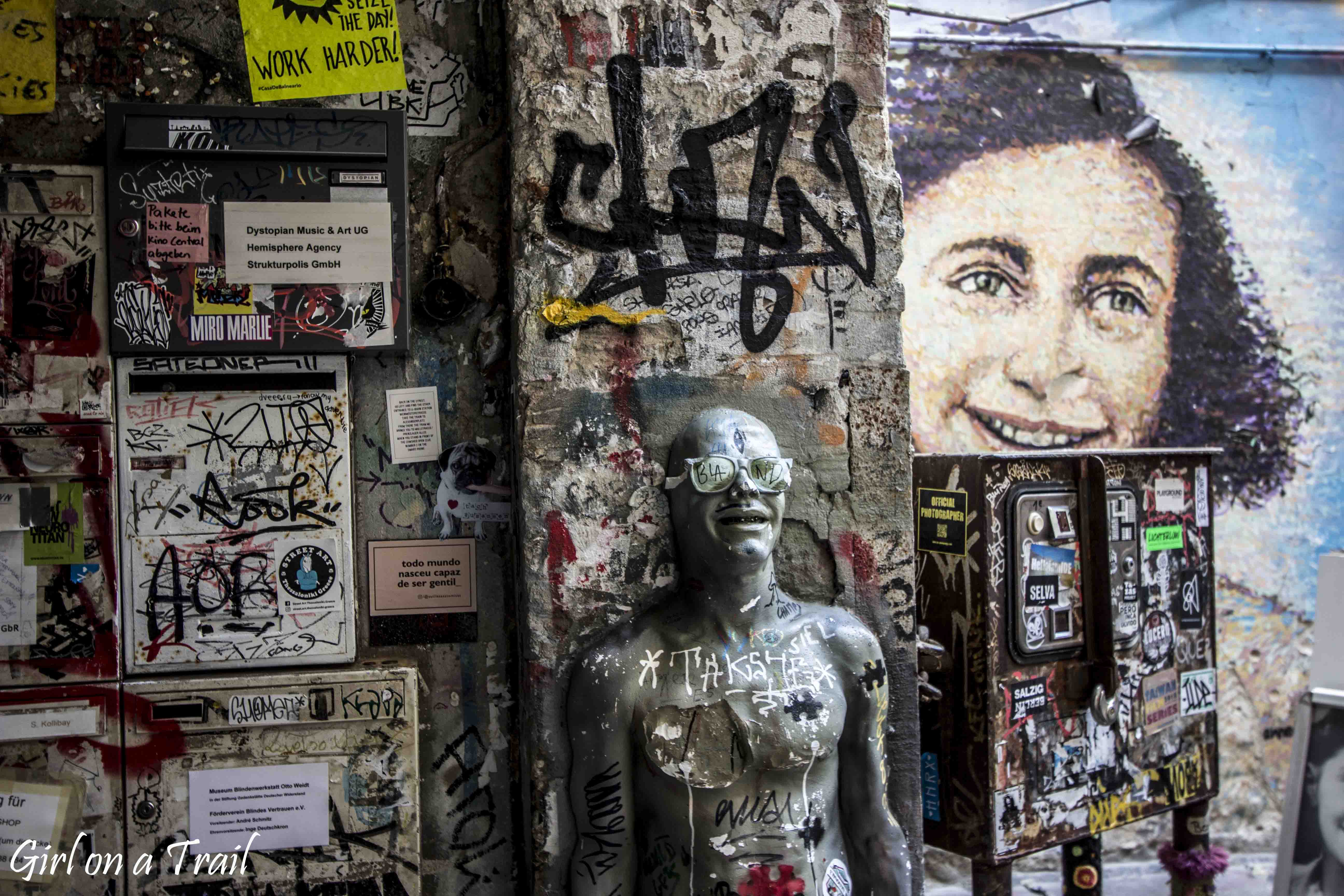 You can find the courtyard of Haus Schwarzenberg at Rosenthaler Straße 39, next to Café Cinema. 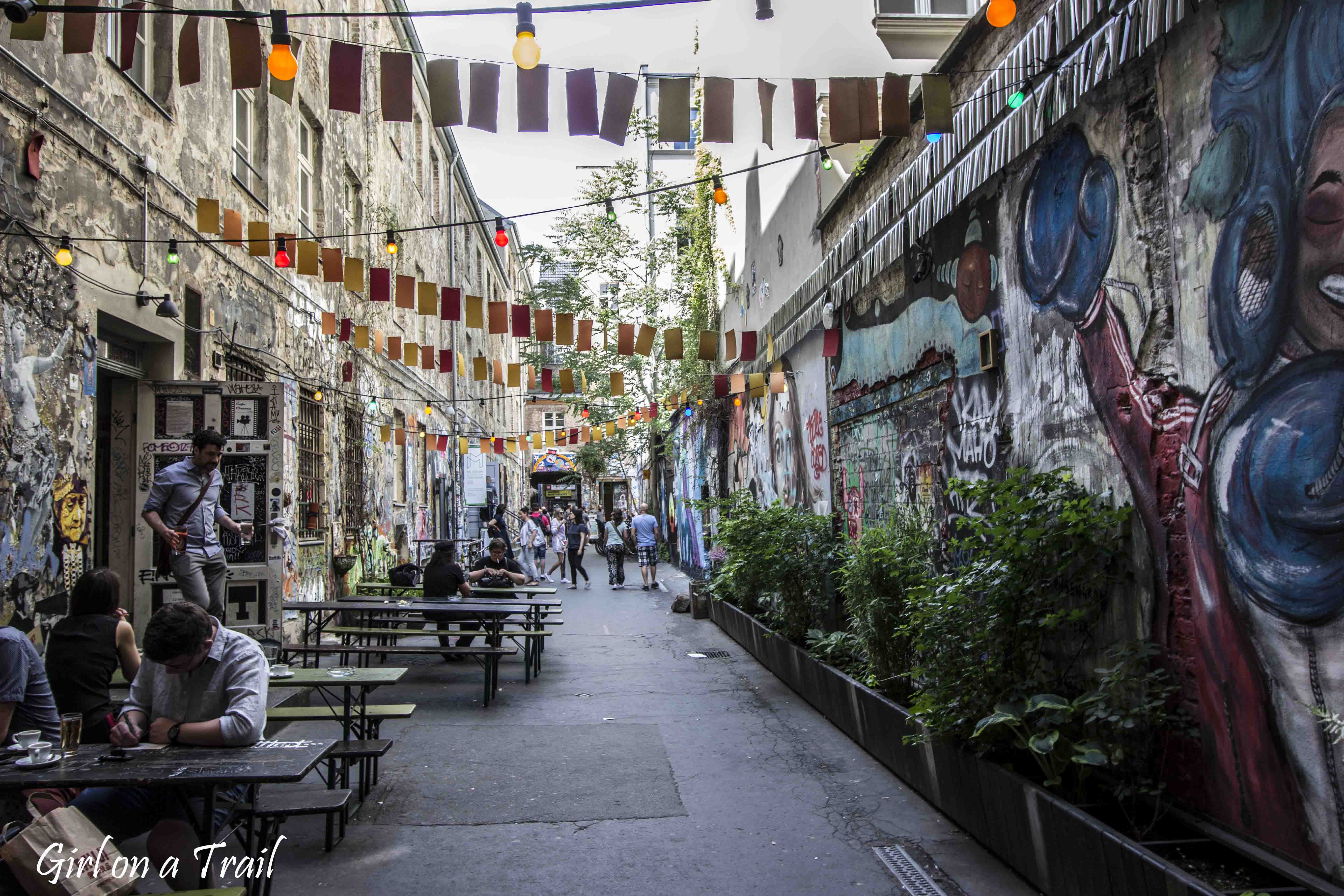 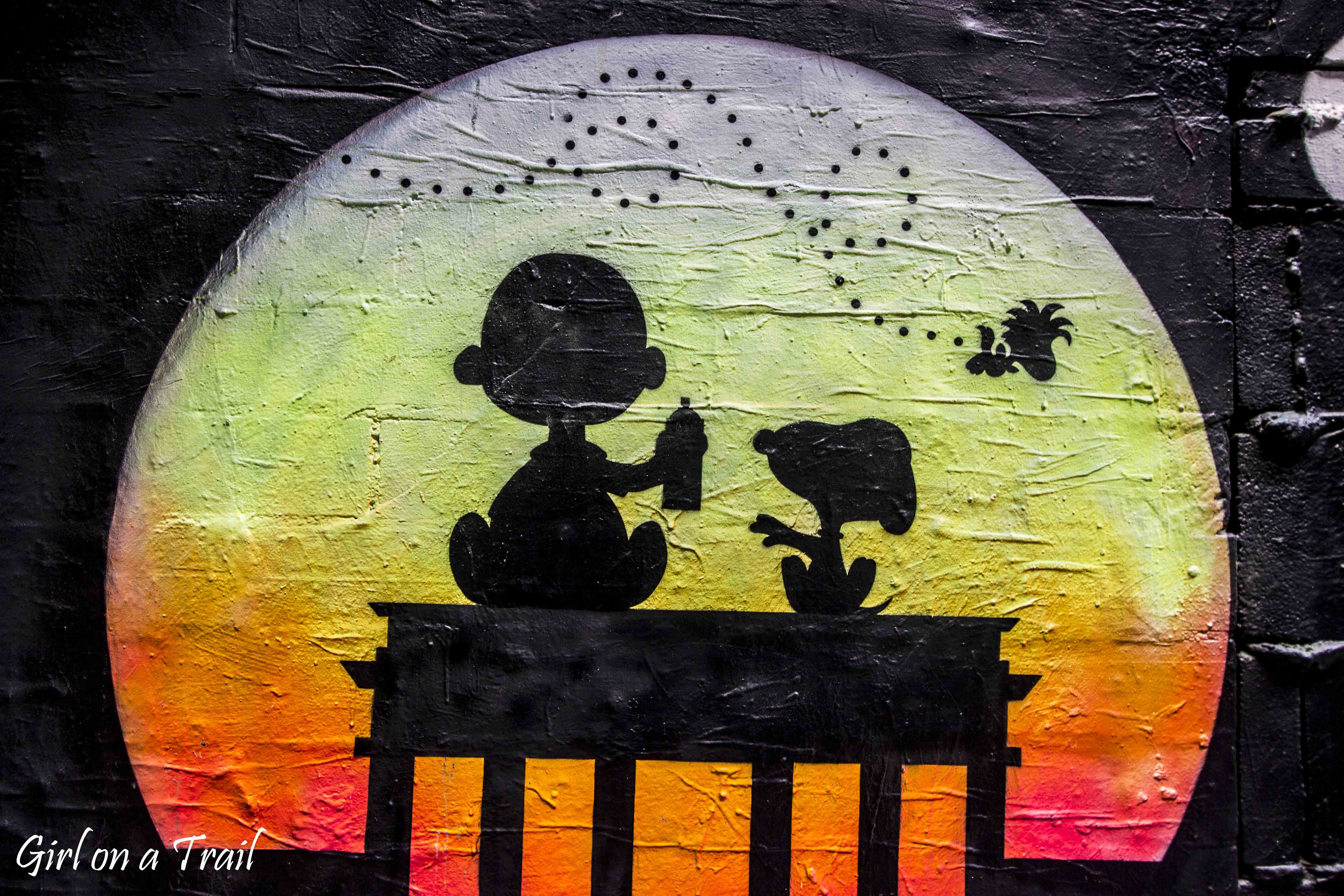 Ballhaus rivera – party is over

Ballhaus is a real urbex gem among all alternative places in Berlin. The Ballroom is a piece of history. It was built in 1890 and from the very beginning it was a popular event spot. The perfect location, right on the banks of the Dahme river, was an ideal place to relax. Although it survived WWII intact, in the following decades lost the competition with other such places. The last event took place here in 1990 and since then the building has been living its own life, from year to year becoming more and more devastated. The area is off limits to visitors, and the building is on the verge of collapse, but that’s the charm of visiting such places 😉 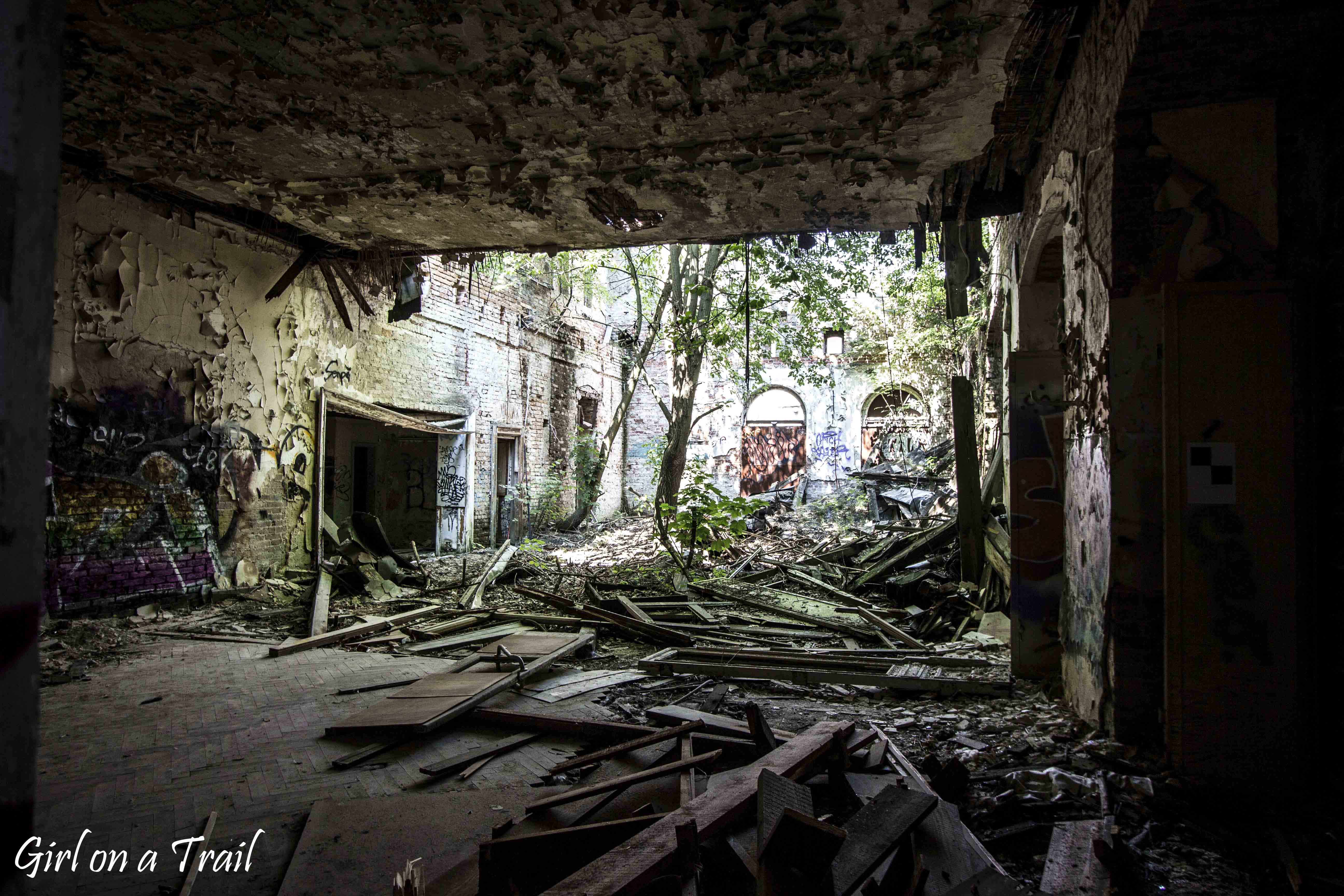 The area is surrounded by a fence, but no extraordinary skills are needed to get there. All the entrances to the building, are locked of course, but some huge windows are open… 😉 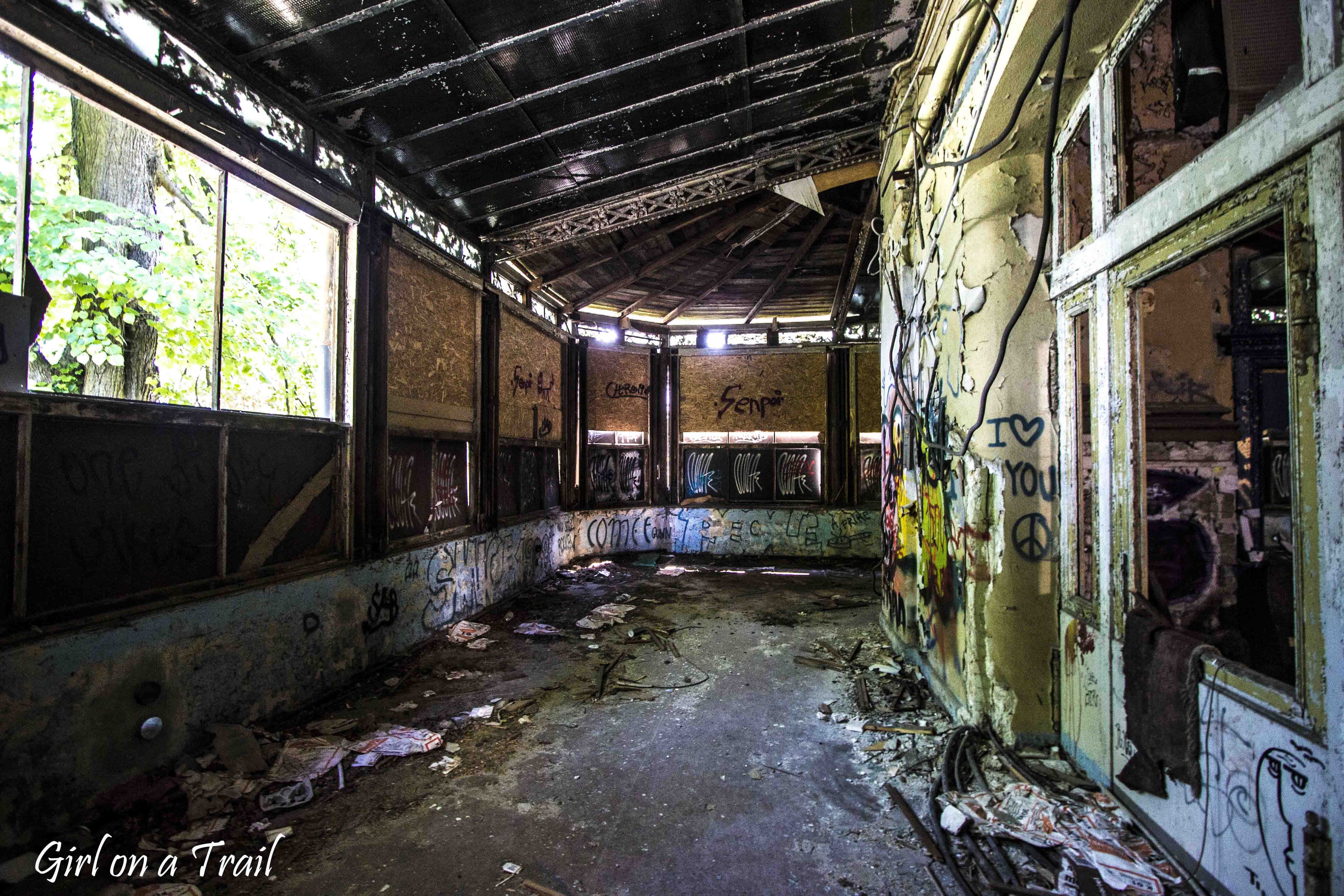 The interior makes an amazing impression. The great ballroom is lit by rays of sunlight passing through the windows. 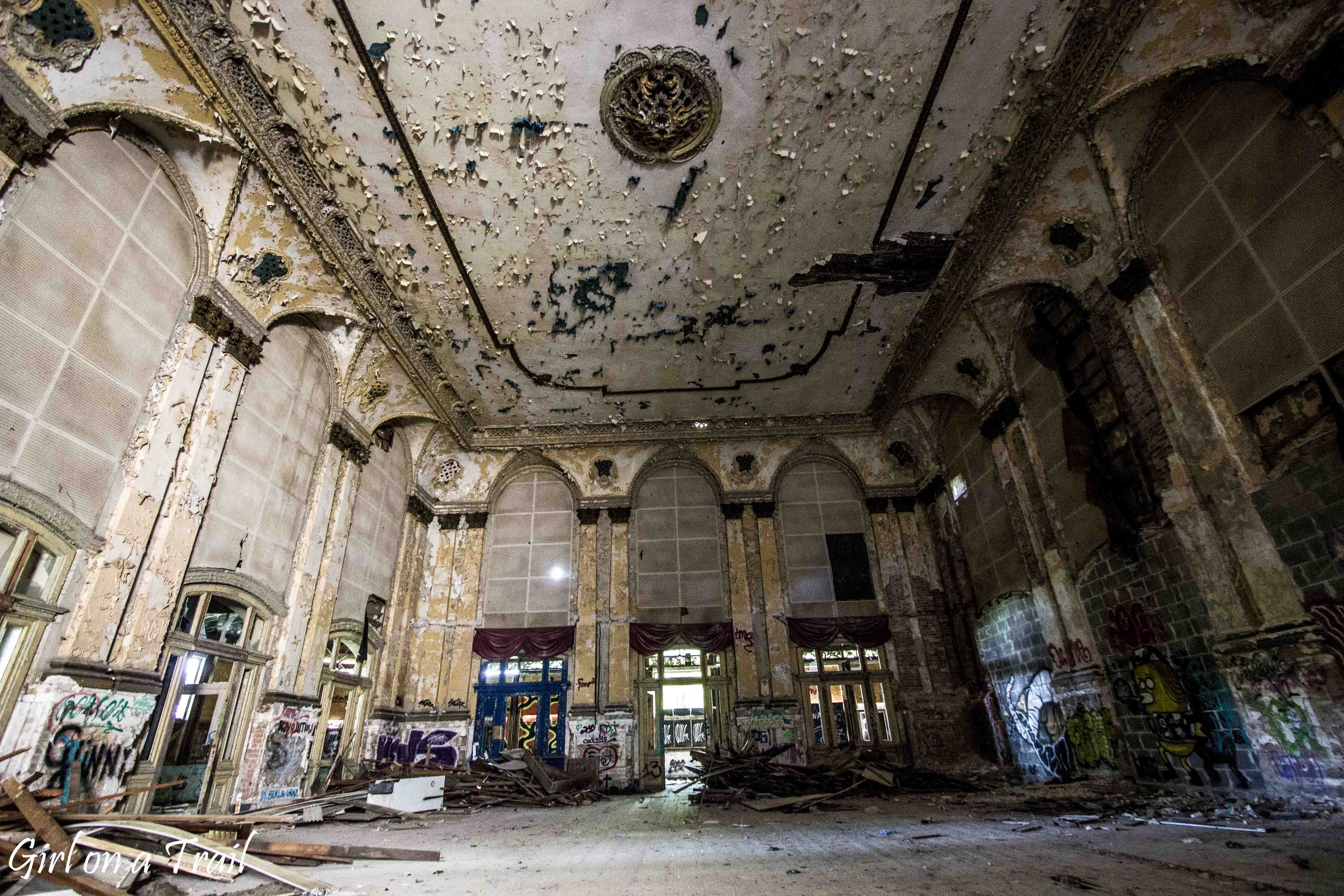 You can still see here the decorated ceiling with the remains of the crystal chandelier. At the central point there’s a scene, with the old piano. 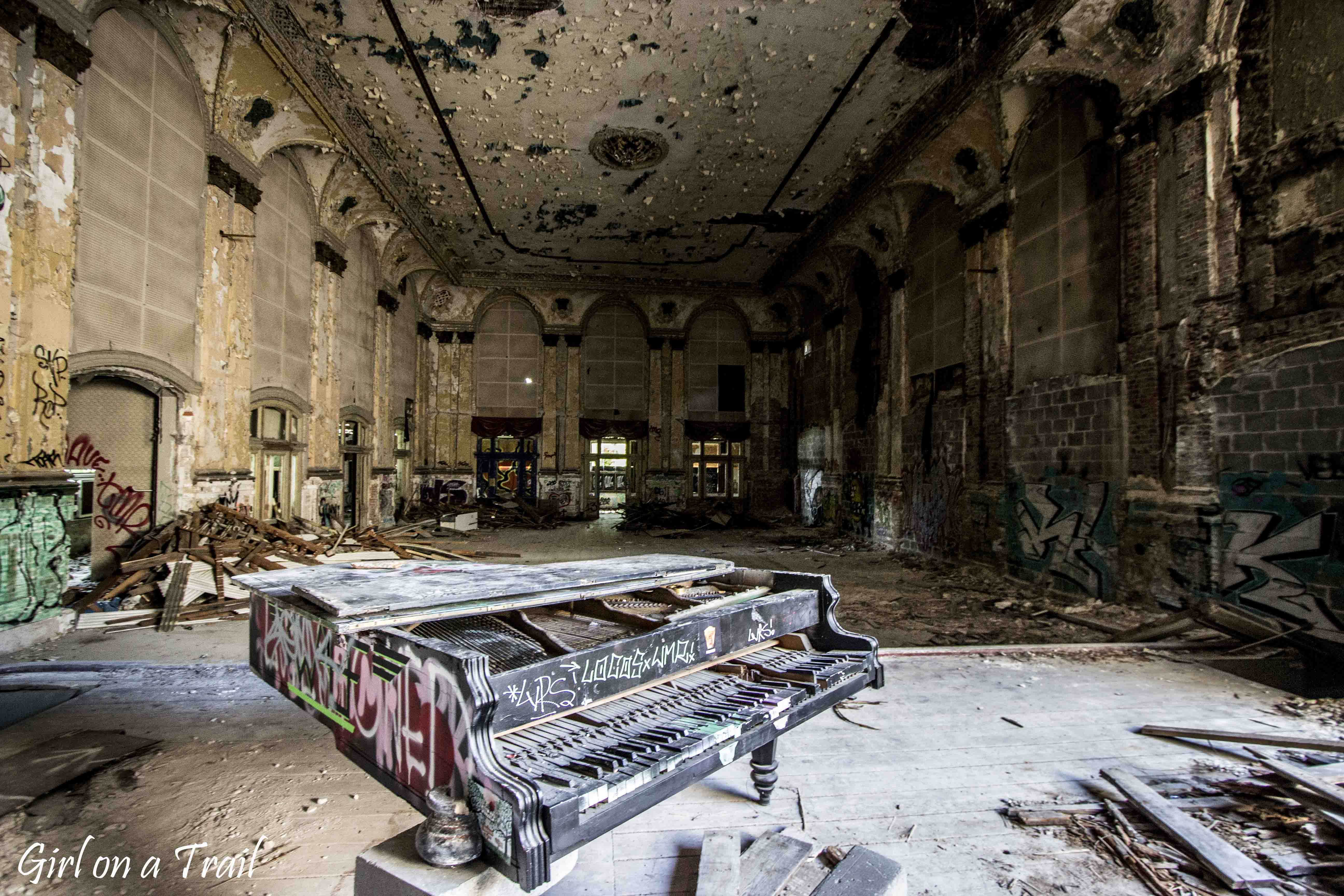 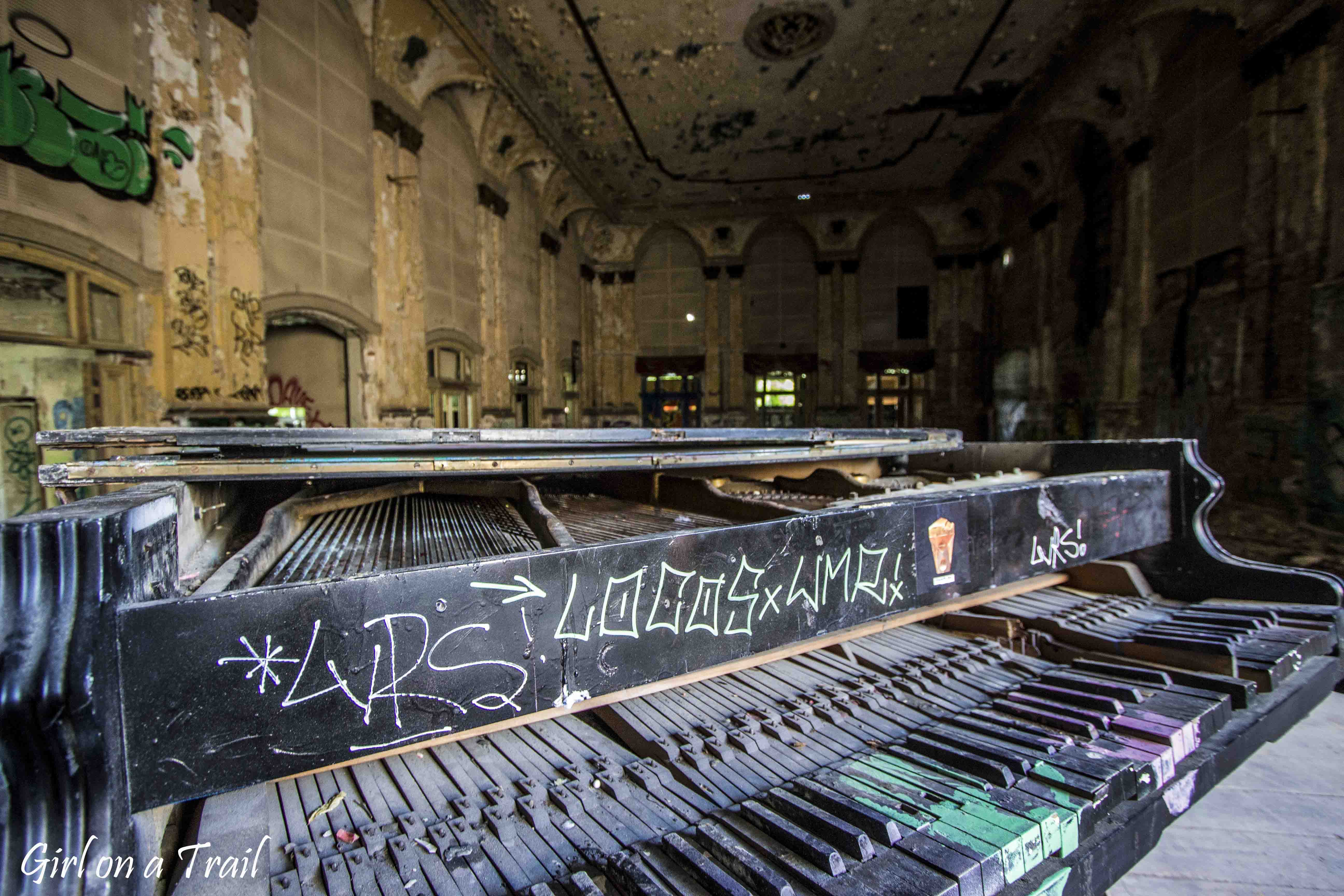 I visited Ballhaus in 2018. This place certainly looks different now, I wonder if it still exists. If you have any information, leave a comment 🙂 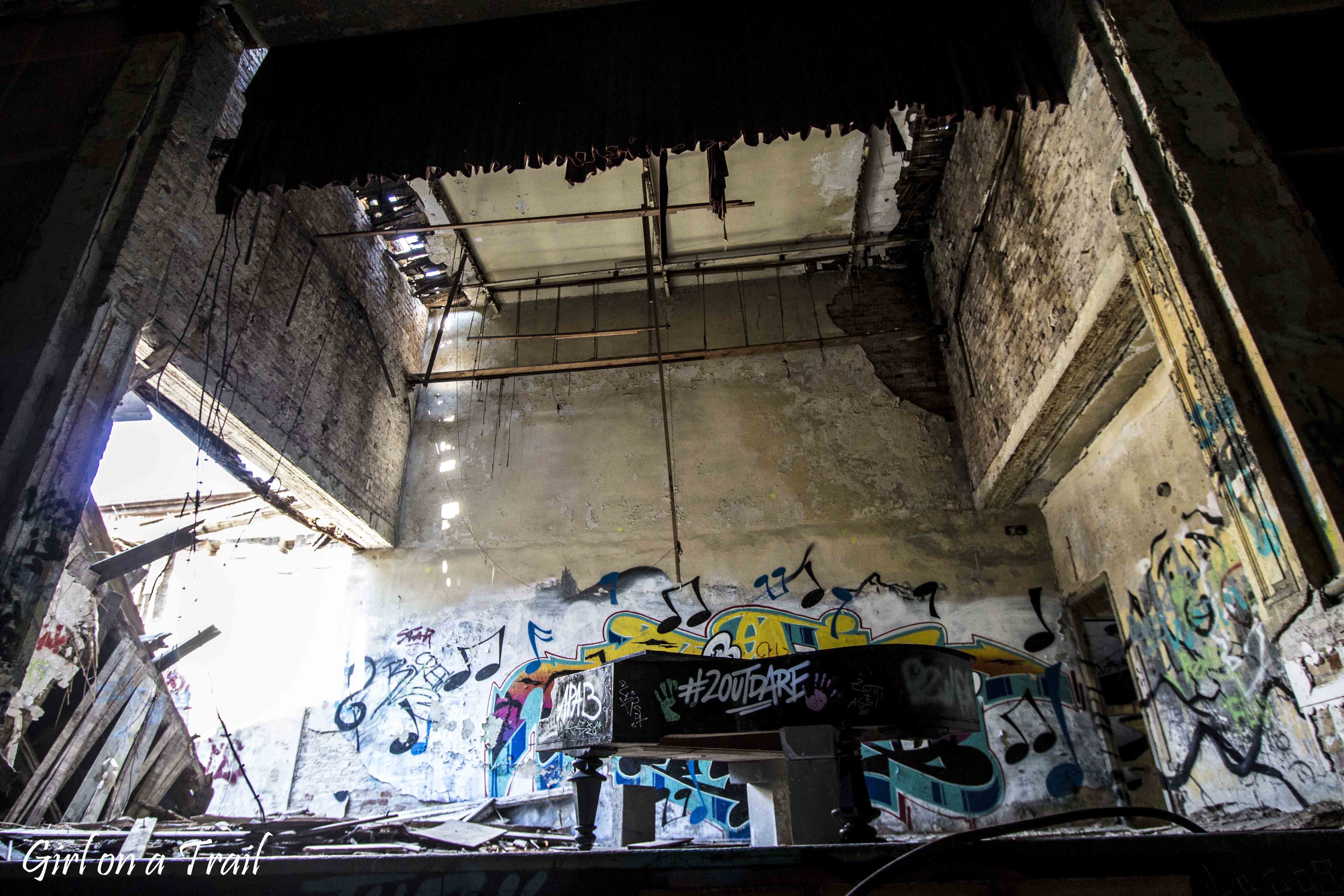