Personally, Ciechocinek, until recently, seemed to be the place straight from the famous film “Back to the future”, but with one exception, to the communist past. Specific architecture, old clinics, pools are the typical things from the past times. 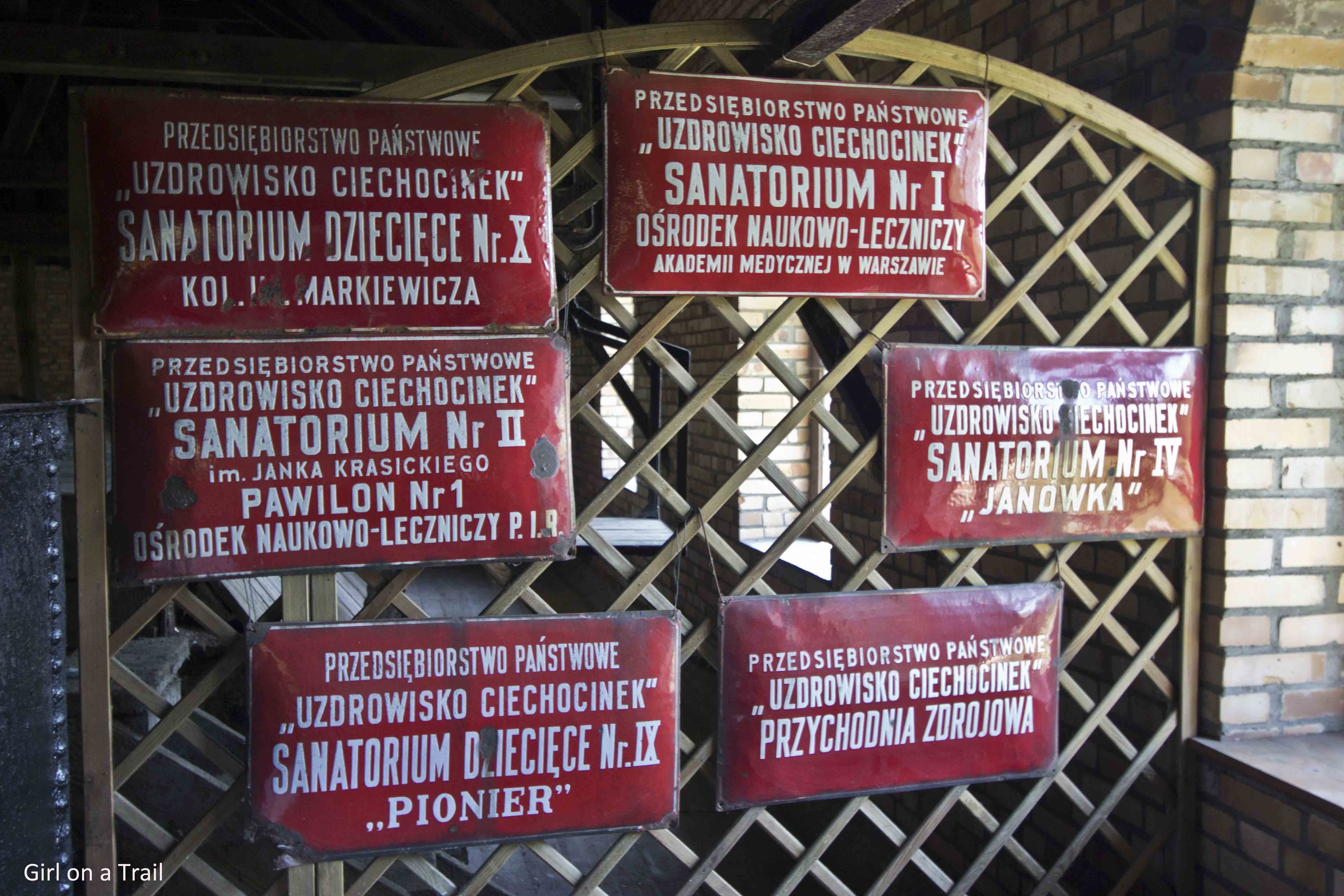 This famous spa is about 200 km from Warsaw, so I decided to take a short trip to confront my ideas with reality. 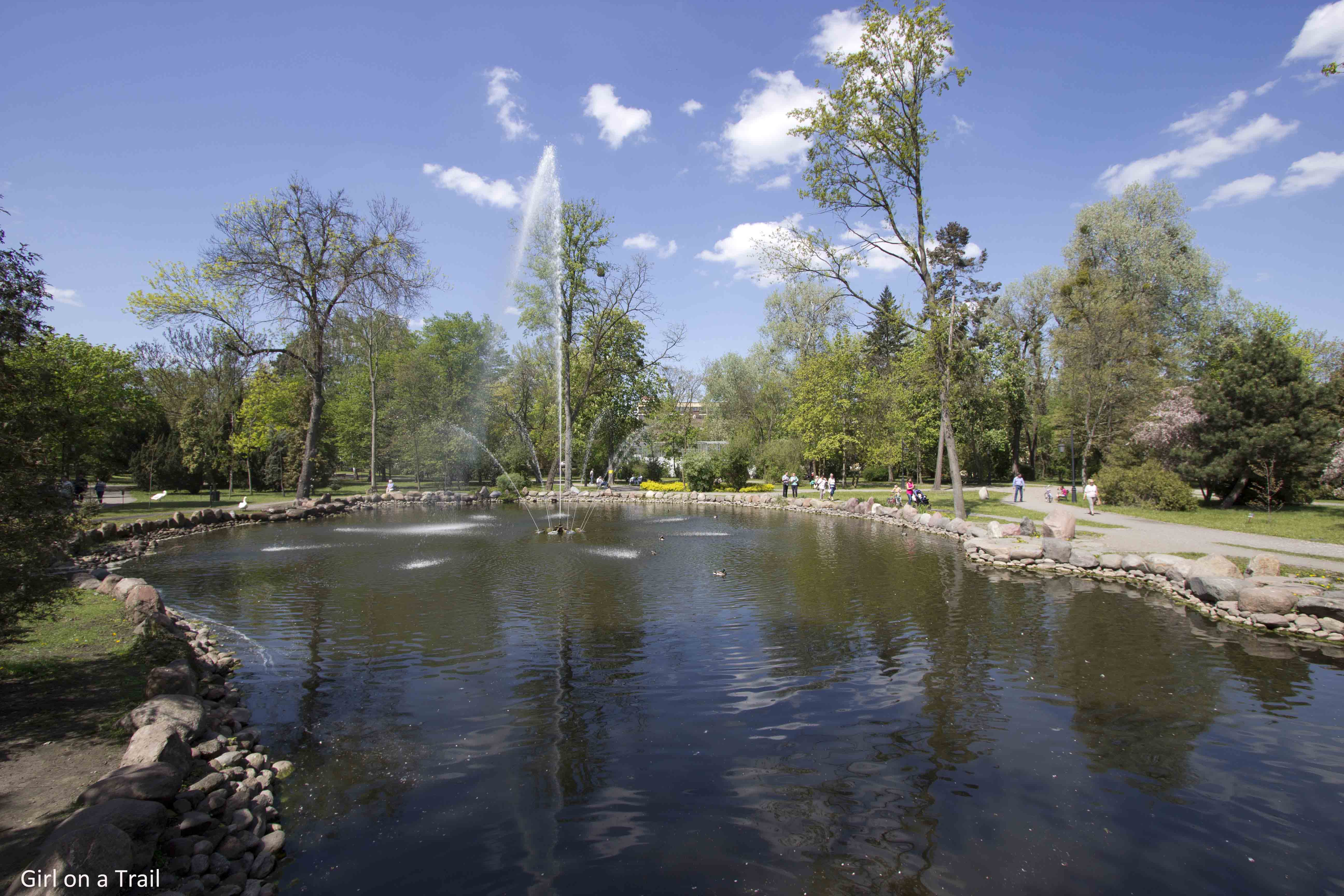 The vast majority of tourists are patients who have come here for treatment. Ciechocinek has a large reservoir of brine used in the nervous, circulatory or respiratory diseases treatment. 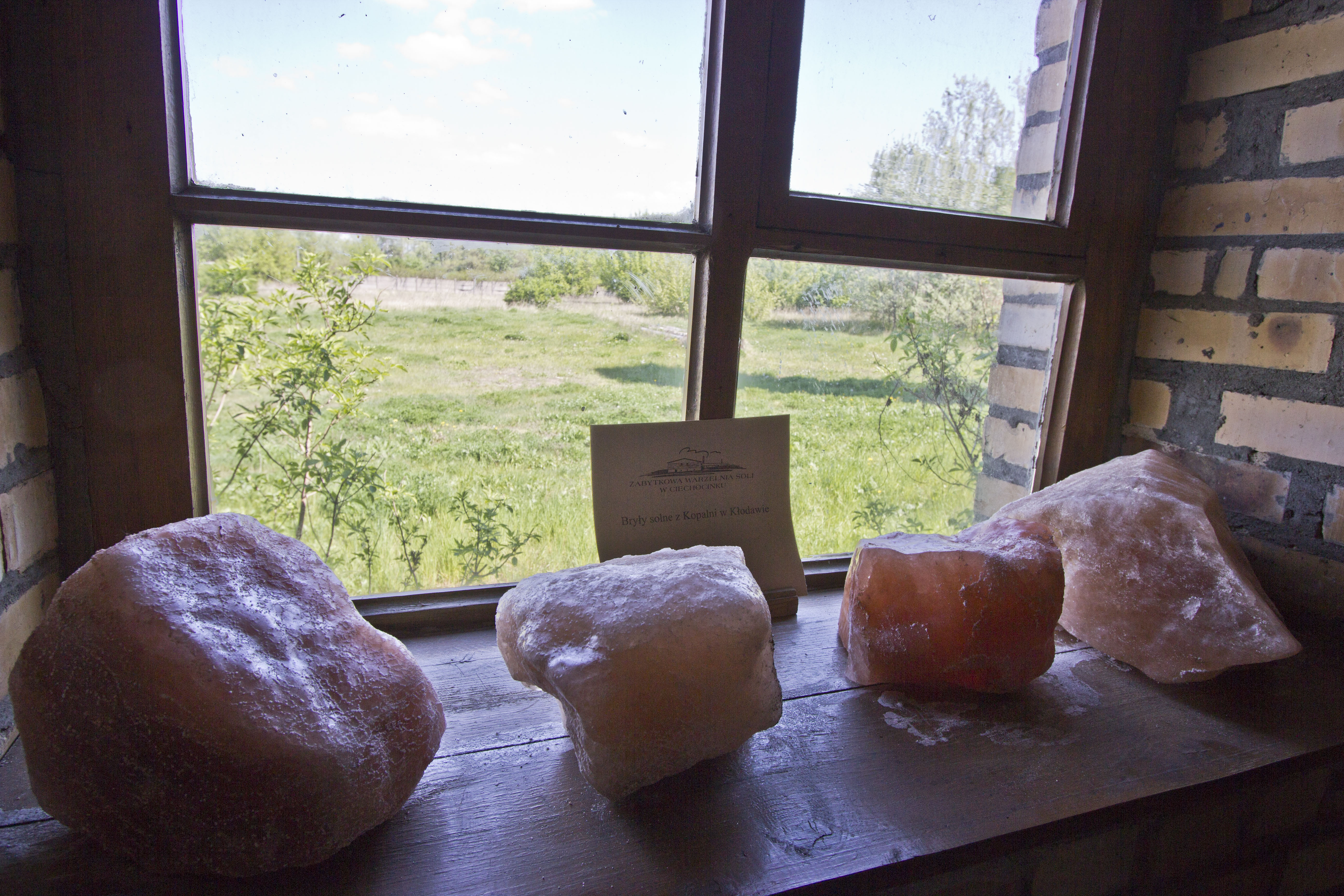 The origin of the brine dates back to the 13th century. When Poland was under the occupation and the two largest salt mines – Bochnia and Wieliczka were located on the land under Austria – Hungary rule. Between 1824 and 1833, two graduation towers were built and in 1859 another third one. The whole graduation towers complex, has the total length of almost 2 km and the height of more than 15 m and is unique on the scale of Europe. 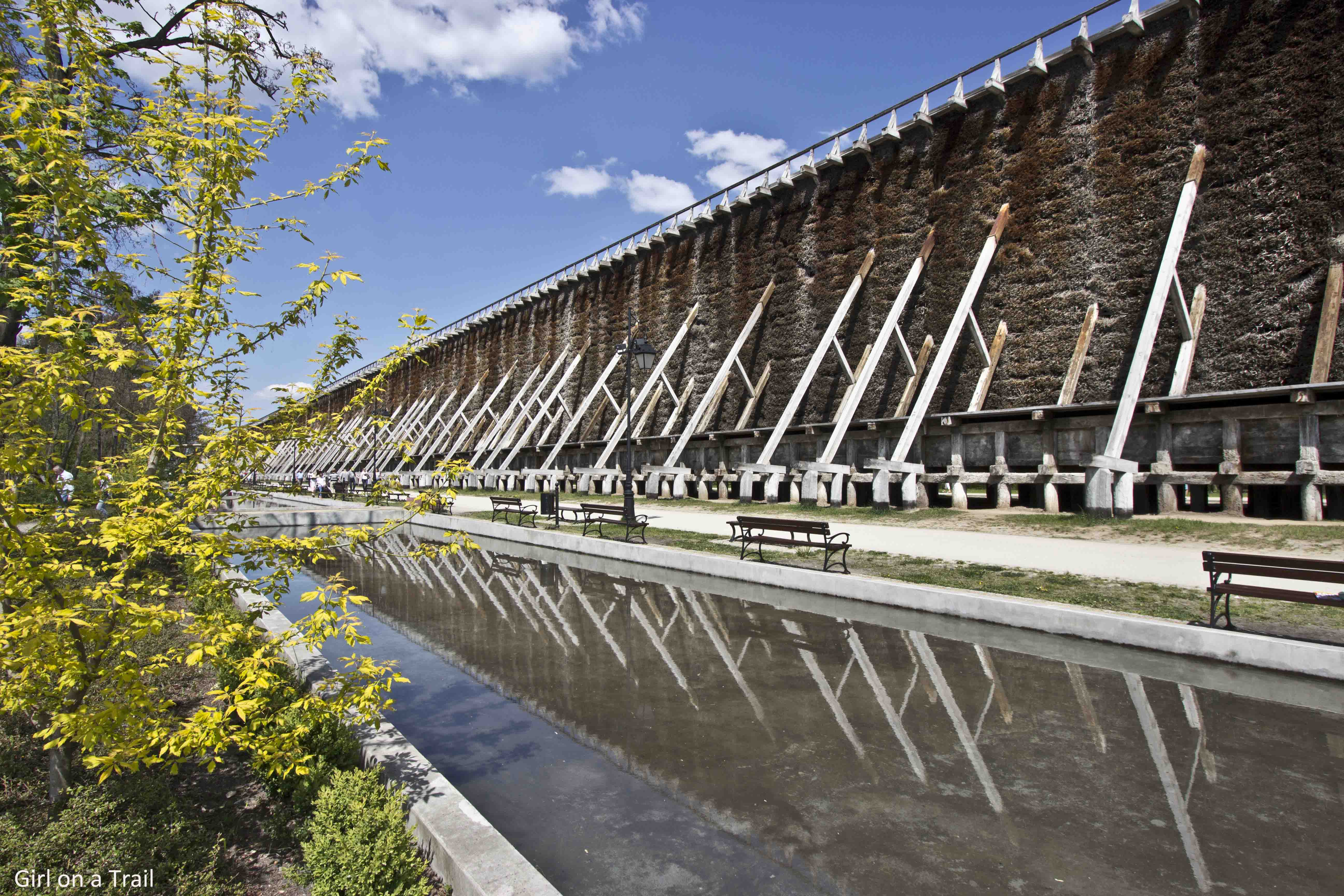 The location of the graduation towers isn’t random. They are built perpendicularly to the wind, which increases the production of the brine. 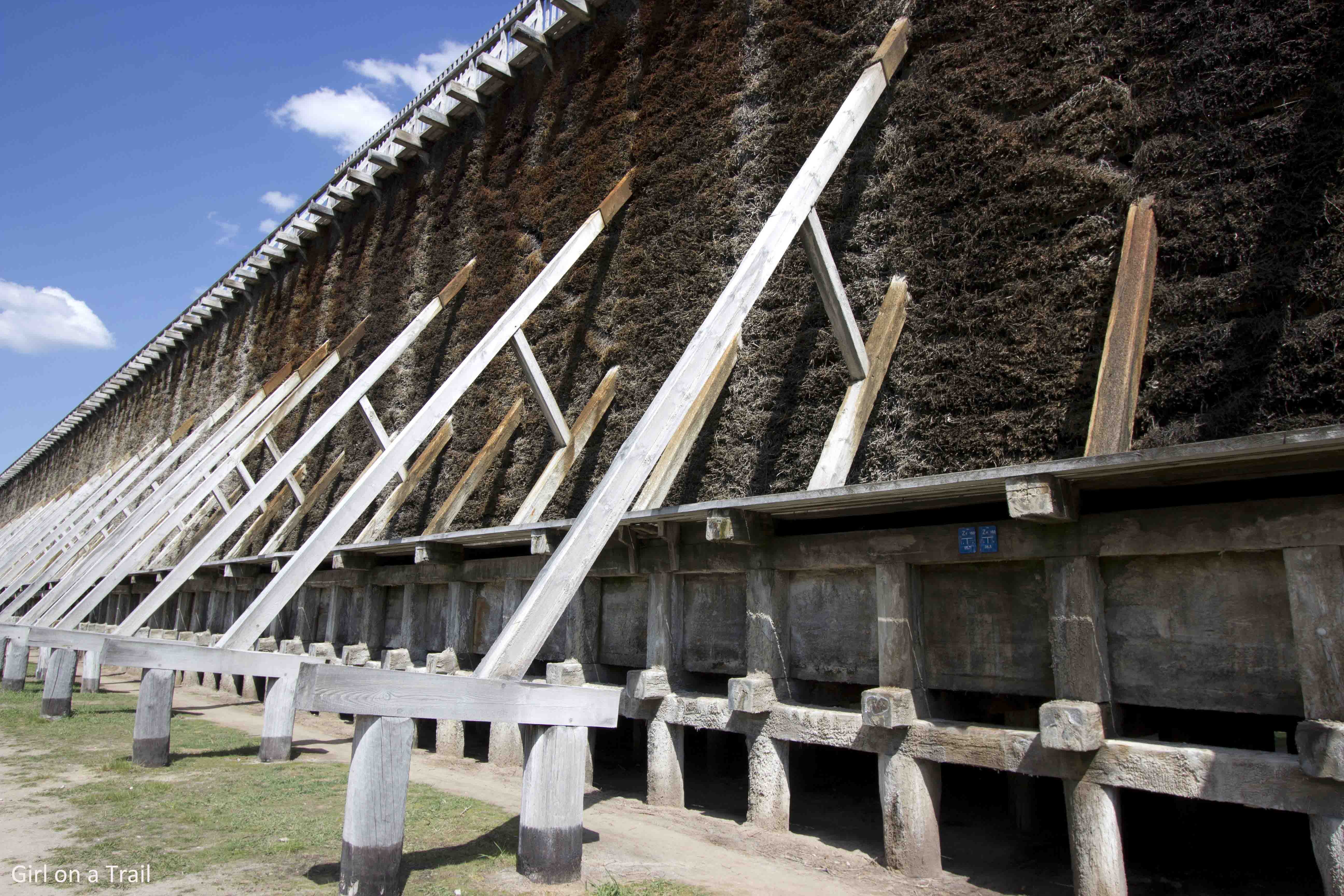 Brine when going down the graduation towers evaporates and creates special microclimate similar to this from the sea. Thanks to this, walk around graduation towers is very good for respiratory problems, and the air here is crisp and clean. 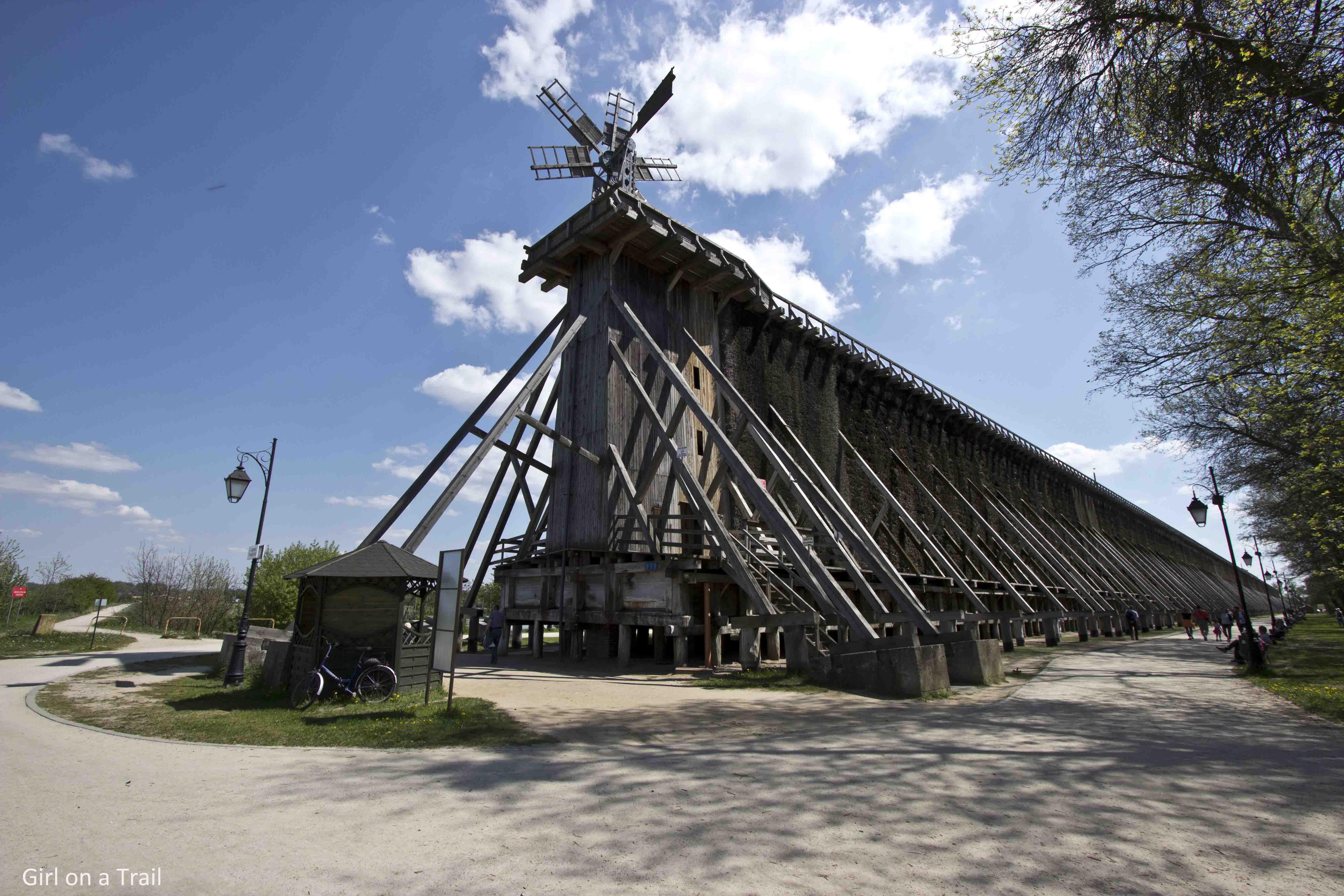 The fountain called Mushroom is a popular place of meeting. It is located in the centre of the spa, and also produces medicinal aerosol. While the entrance to the graduation towers area is paid, the air around the fountain can be inhaled free of charge. 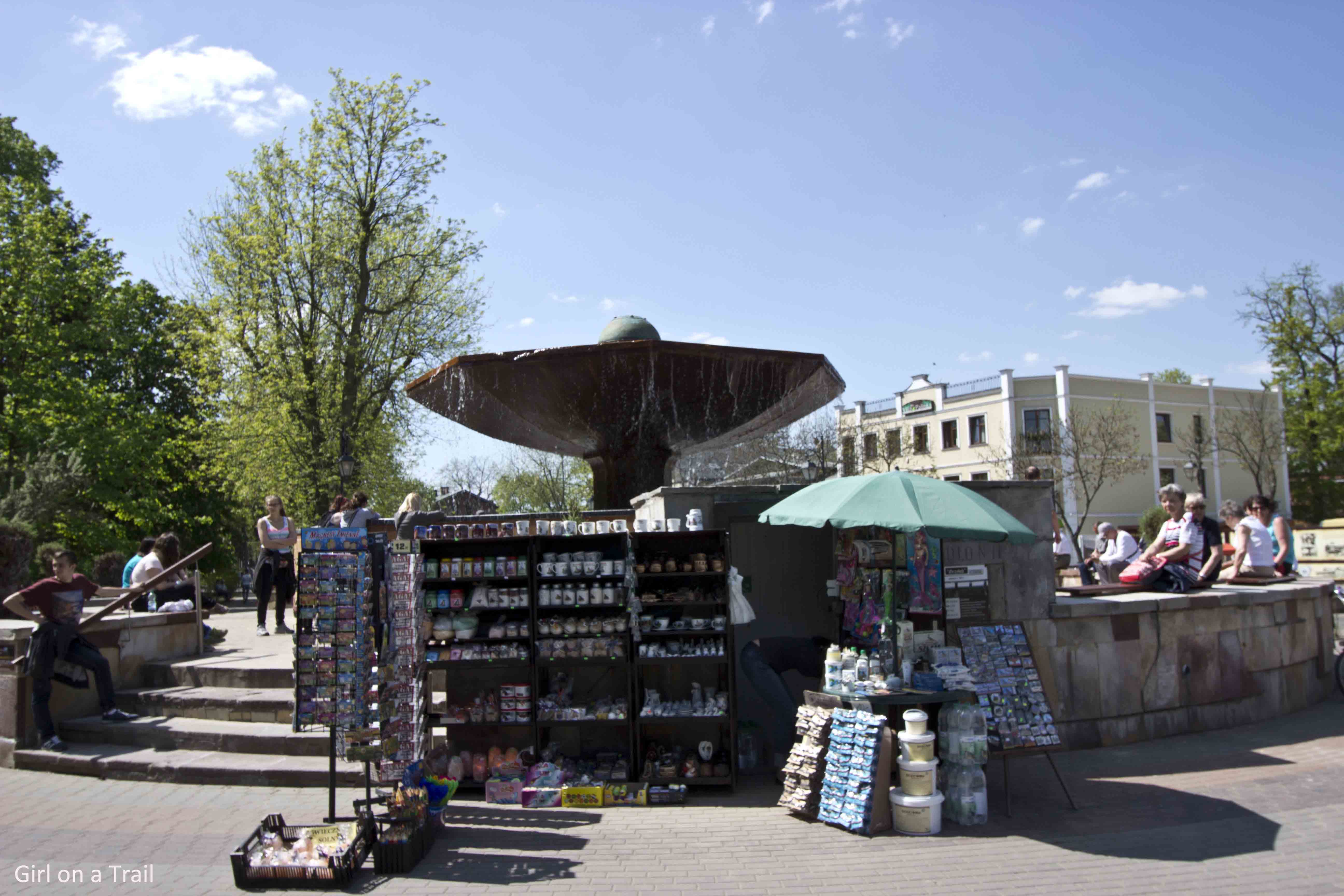 In addition to the graduation towers and the fountain, there’s another symbol of Ciechocinek – beautiful parks and flower carpets. 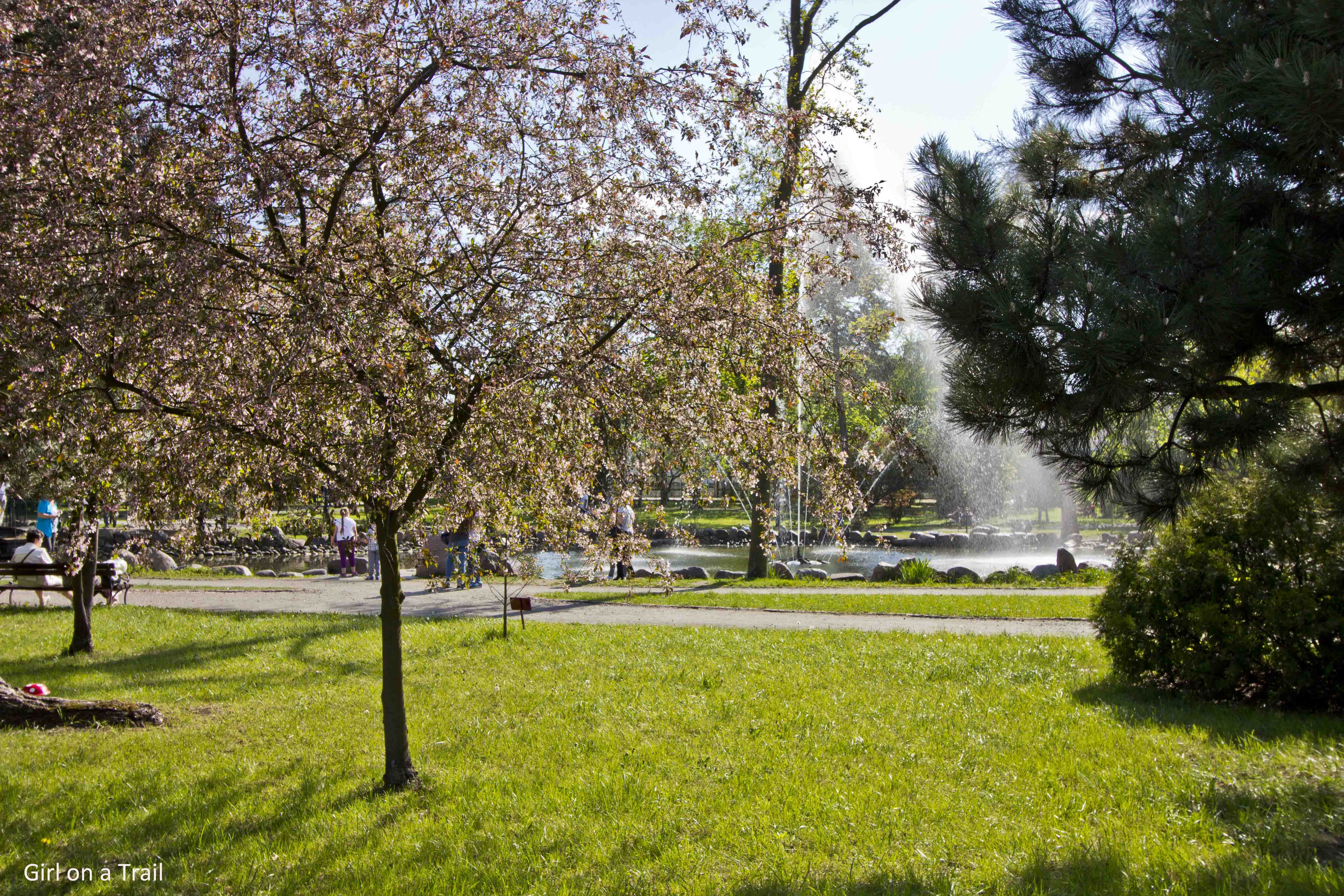 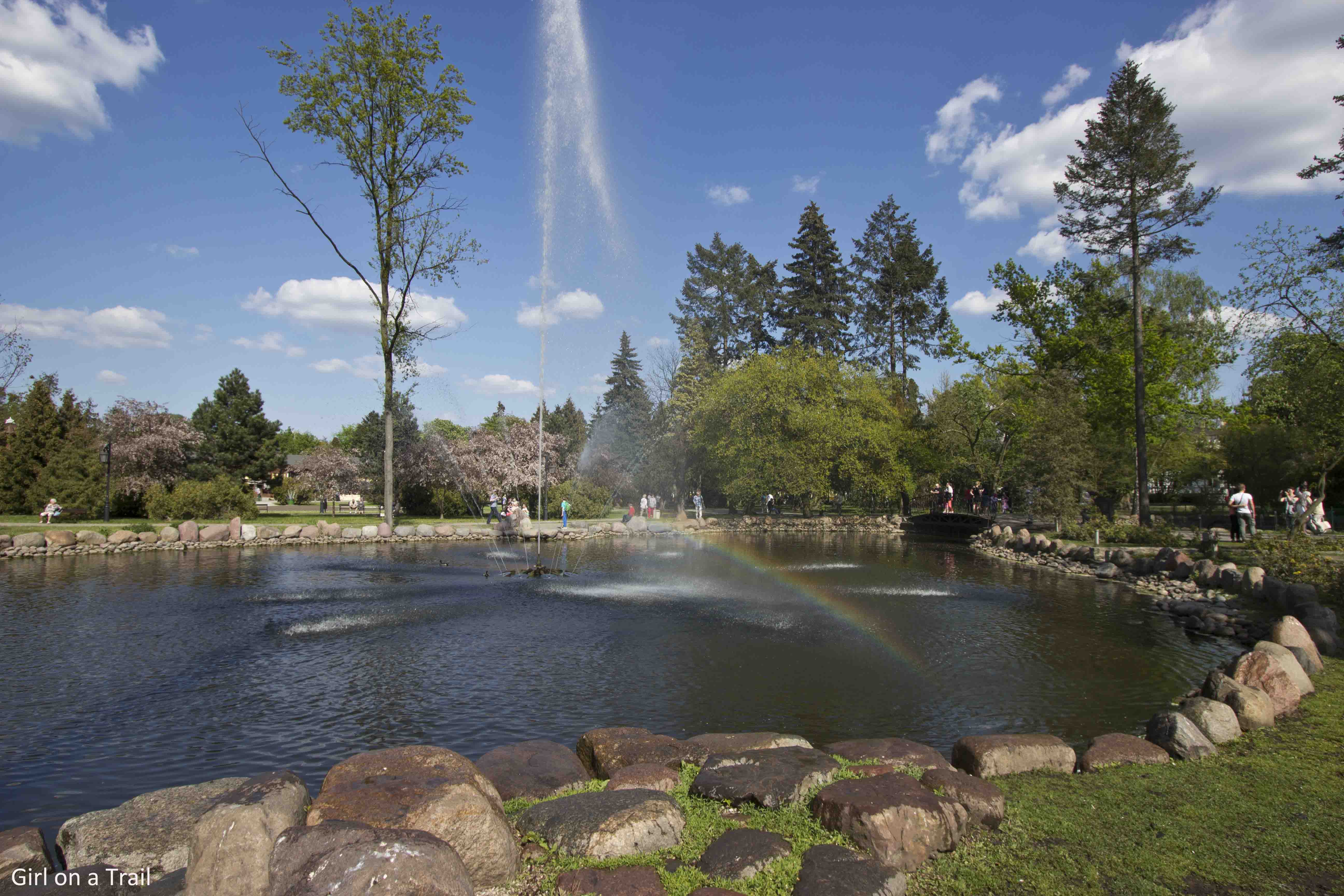 In the northern part of the spa, next to the Mushroom fountain, is the huge park founded in 1875, with a funny fountain, an interesting concert hall and a pump room. 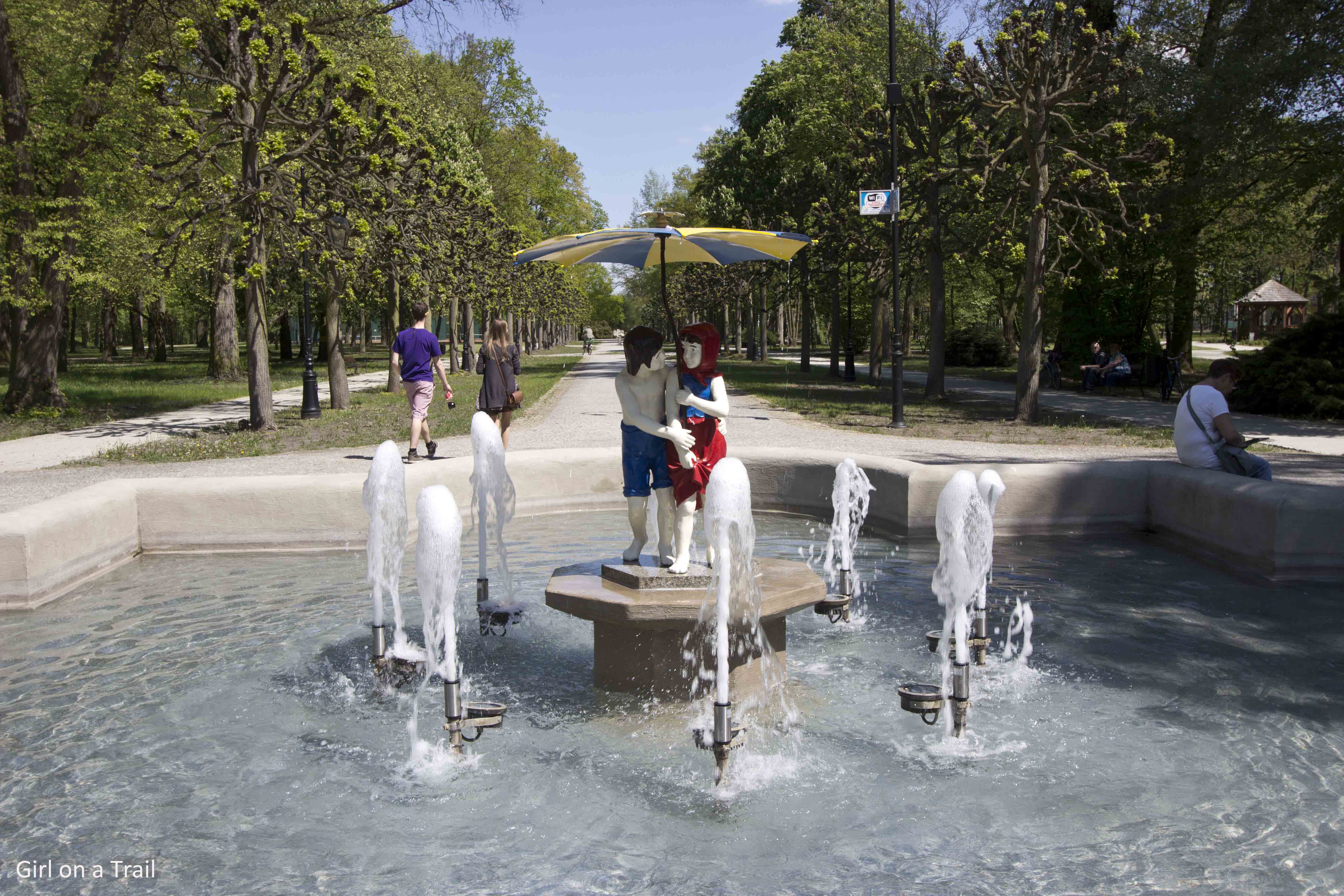 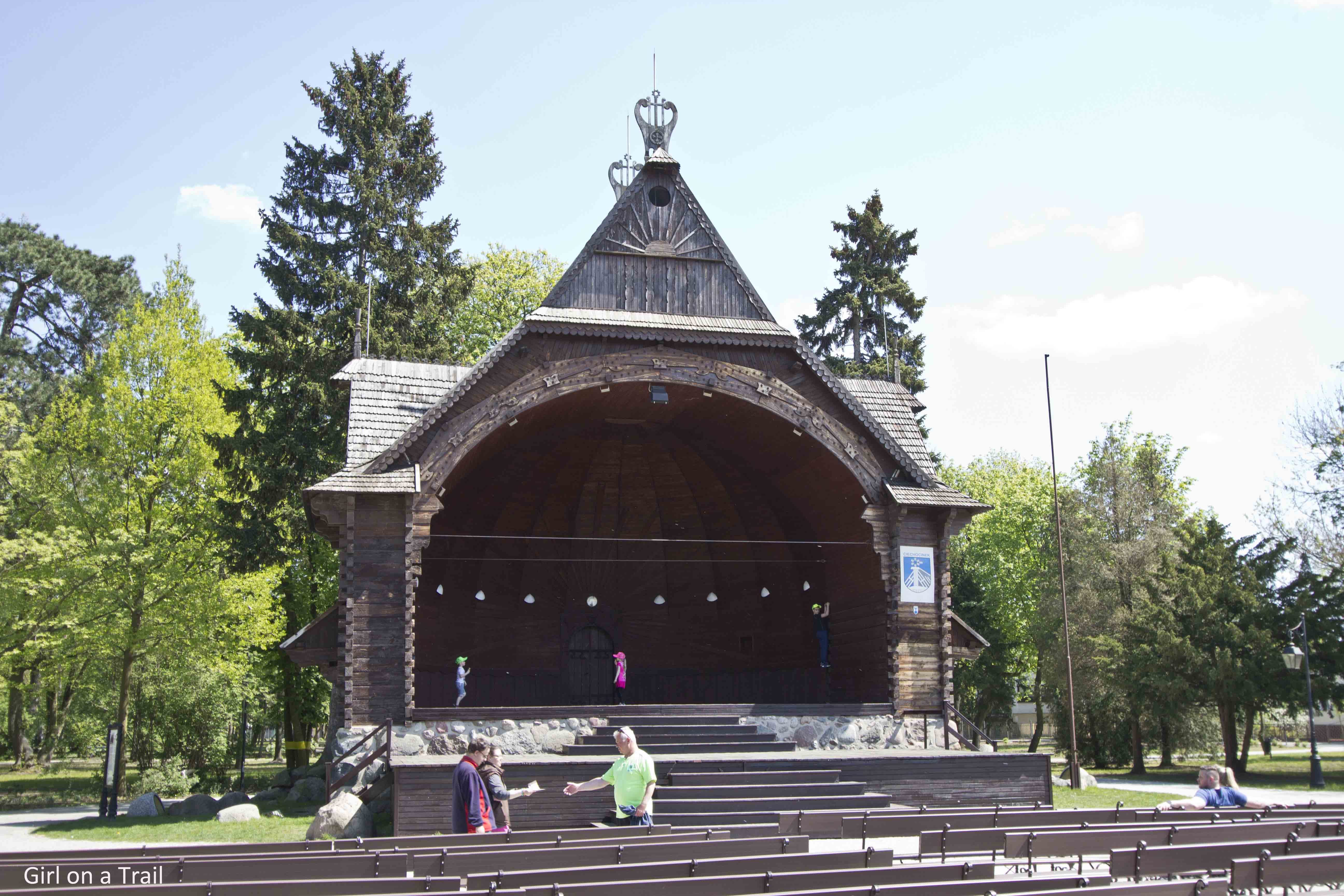 The pump room is an interesting wooden building typical for spas, where you can drink slightly salty water called ” Krystynka”. 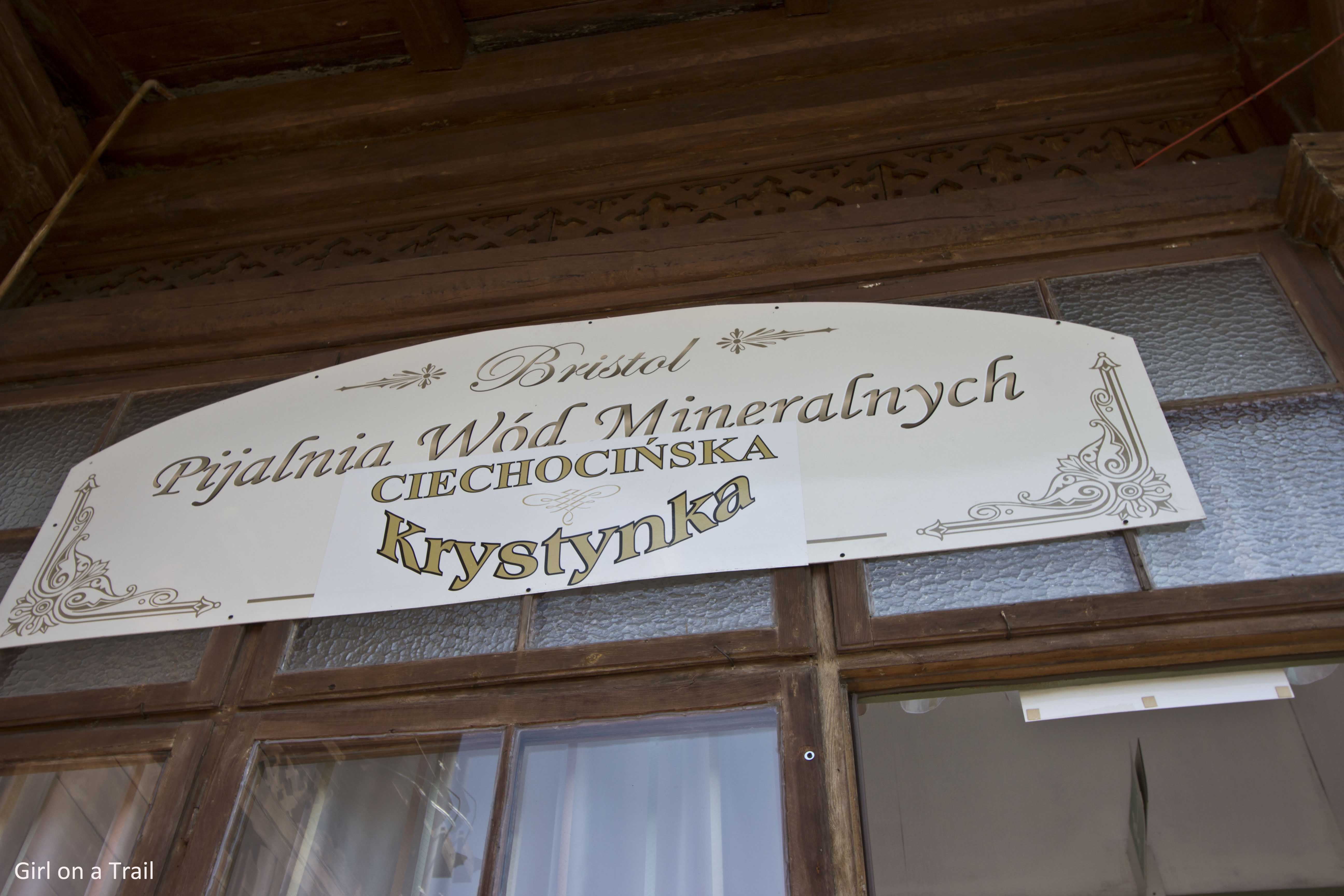 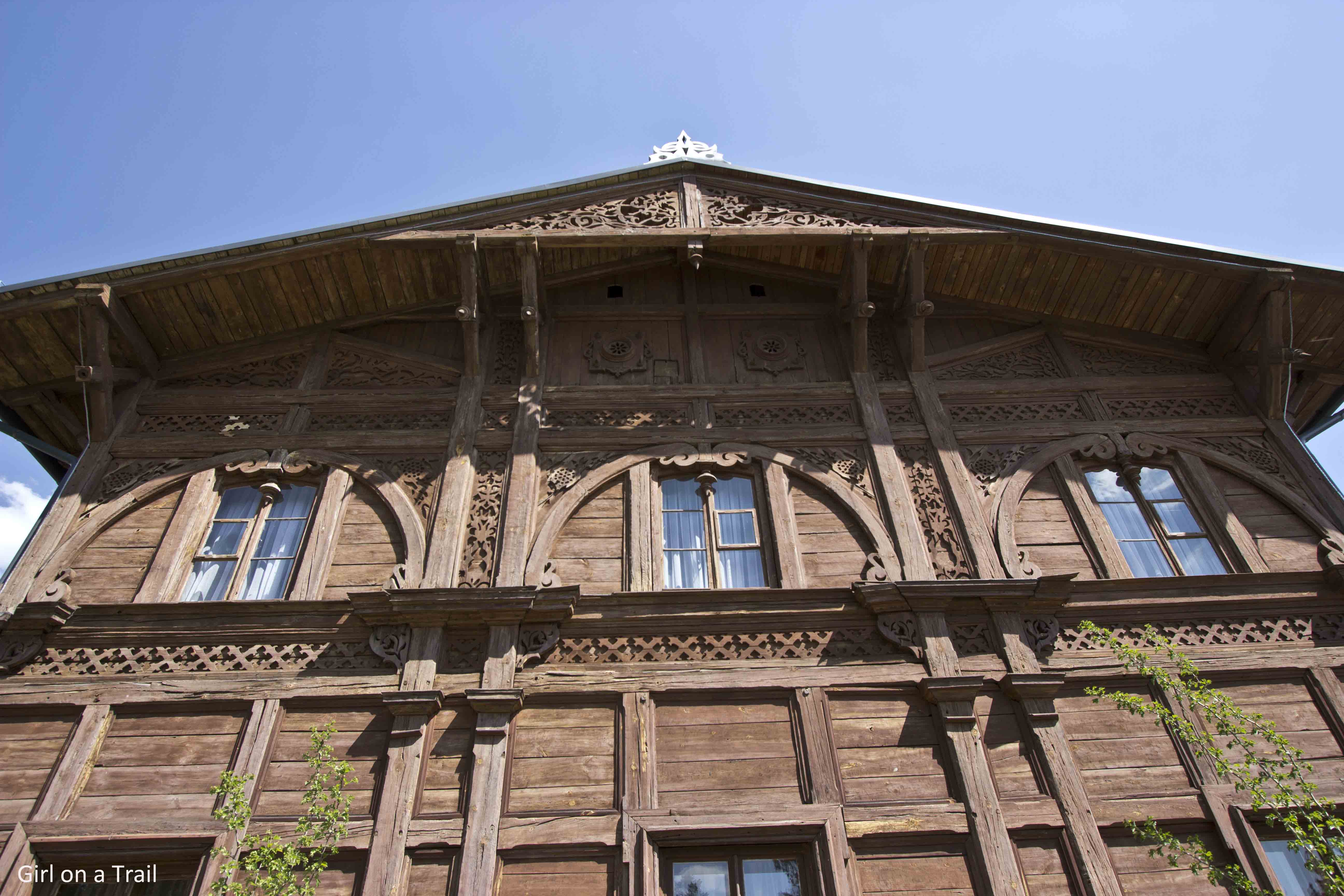 Next to the park, there’s a path leading to the historic salt works. Inside, you can see the process of production of the salt. 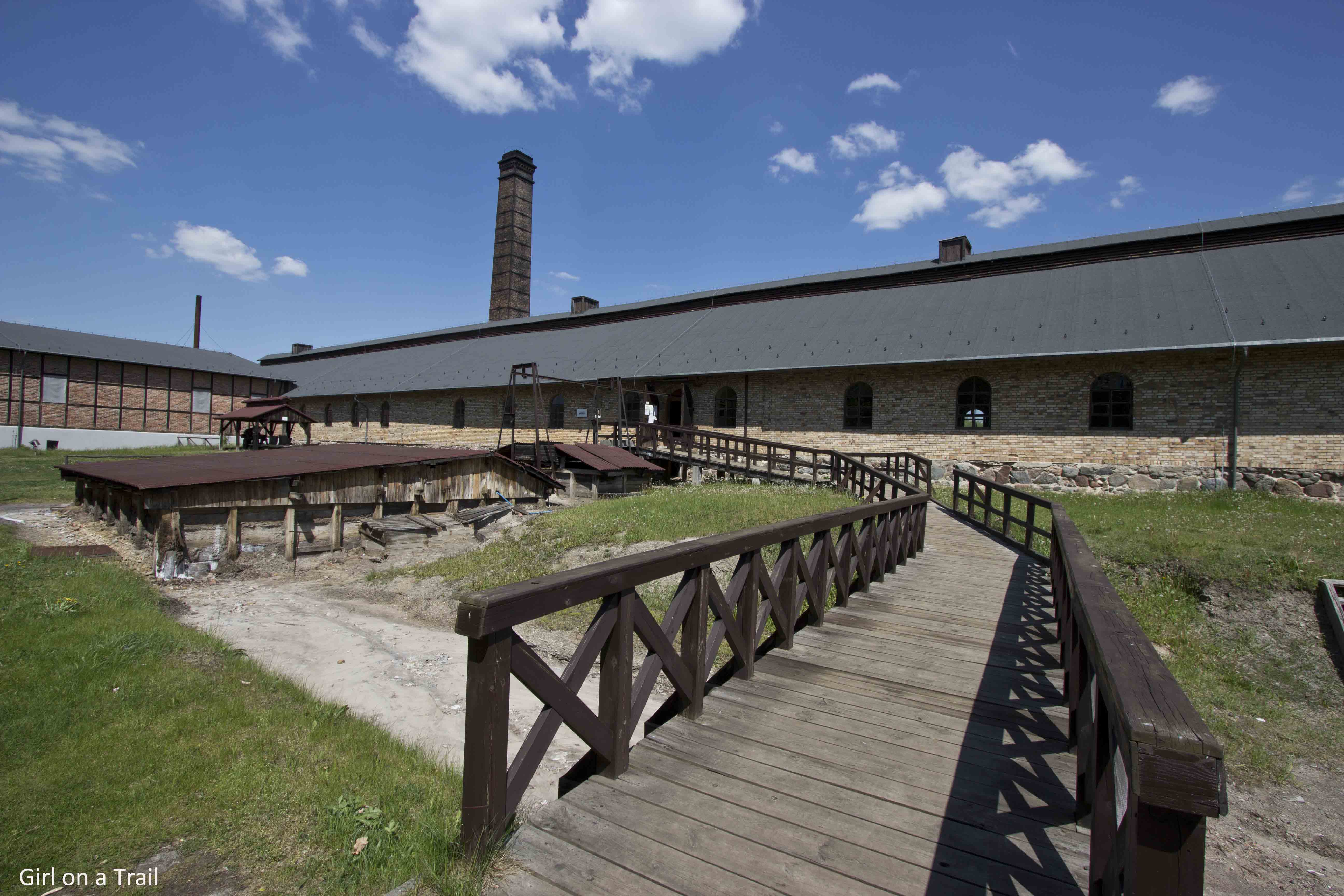 Special attention deserves the exposition of the old equipment used in the spa treatment. Personally, for me it looks like the torture chamber straight from the worst horror. What’s more interesting, this salt works operates to this today. The salt is produced here traditionally, in the boiling process. 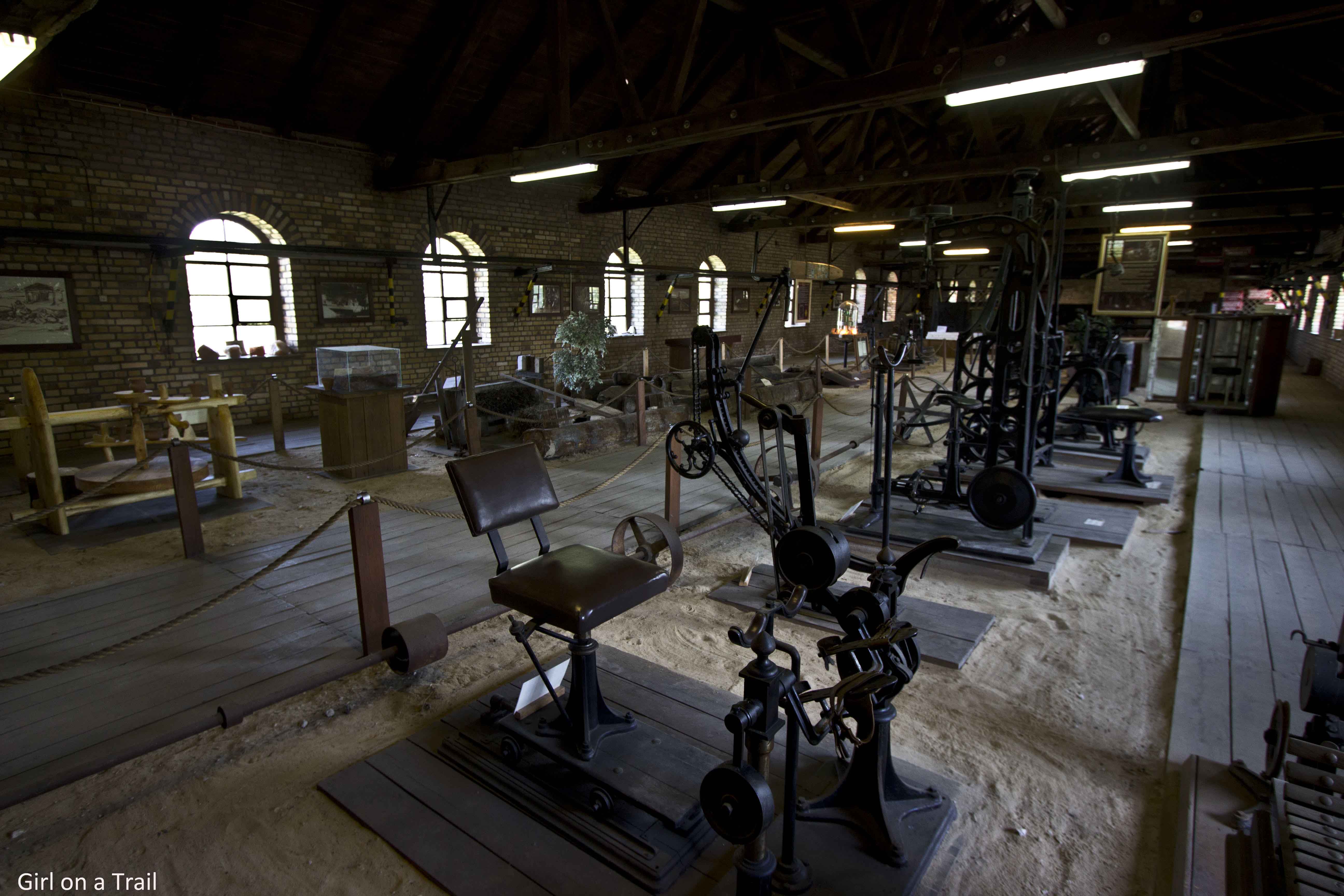 Ciechocinek is one of the oldest Polish spas, it was established in 1934, when in one of the local inns, the first baths were installed to use the medicated brine. 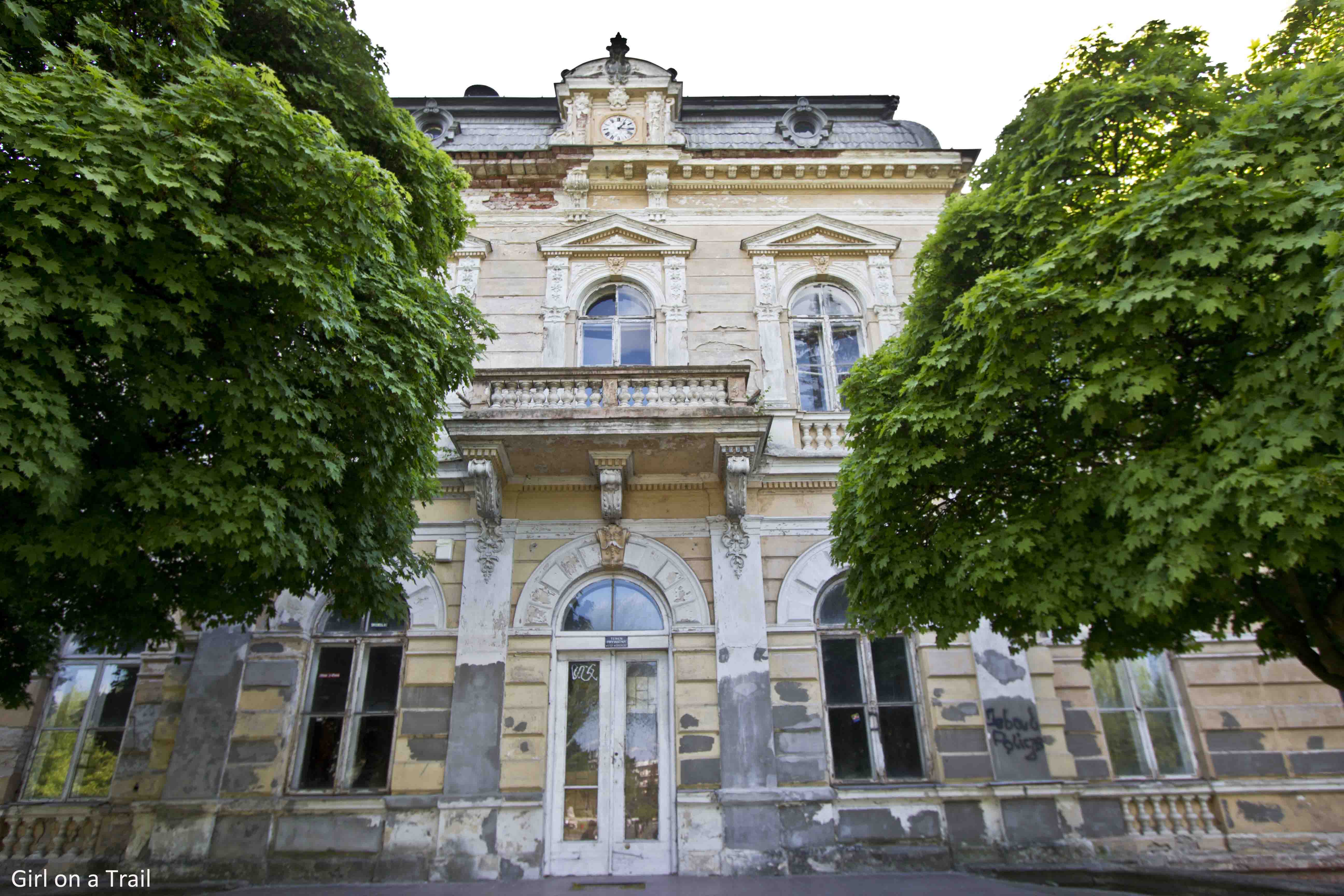 Ciechocinek is one of the most popular spas and can be described as spa mecca. But to my amazement, many buildings here are abandoned and destroyed. I’m not gonna hide that I really like this kind of places. They often have an interesting history, they constantly change with the time passes, and visiting them is a pure exploration. That’s why I was really impressed by elaborately decorated, abandoned villas and hospitals. 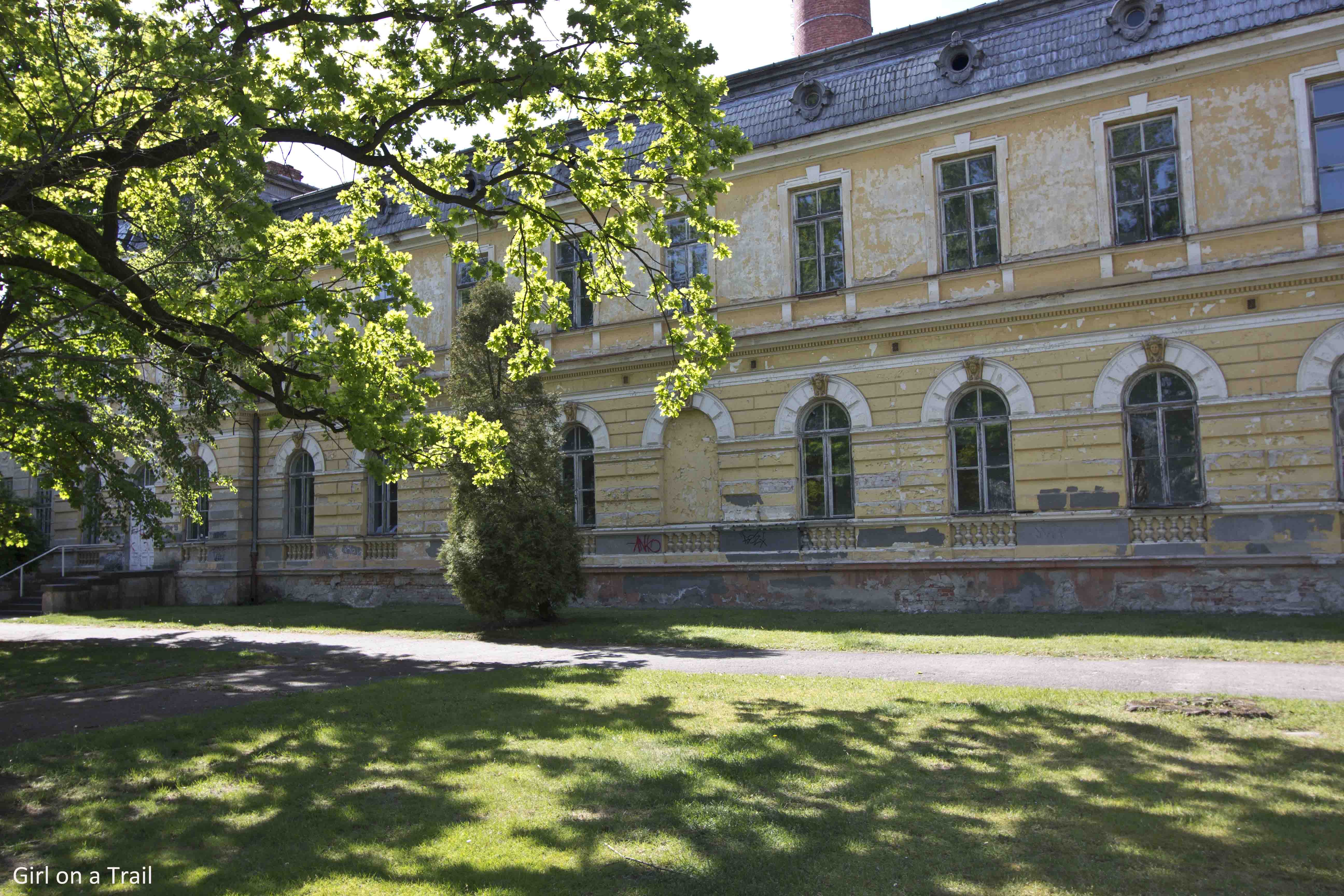 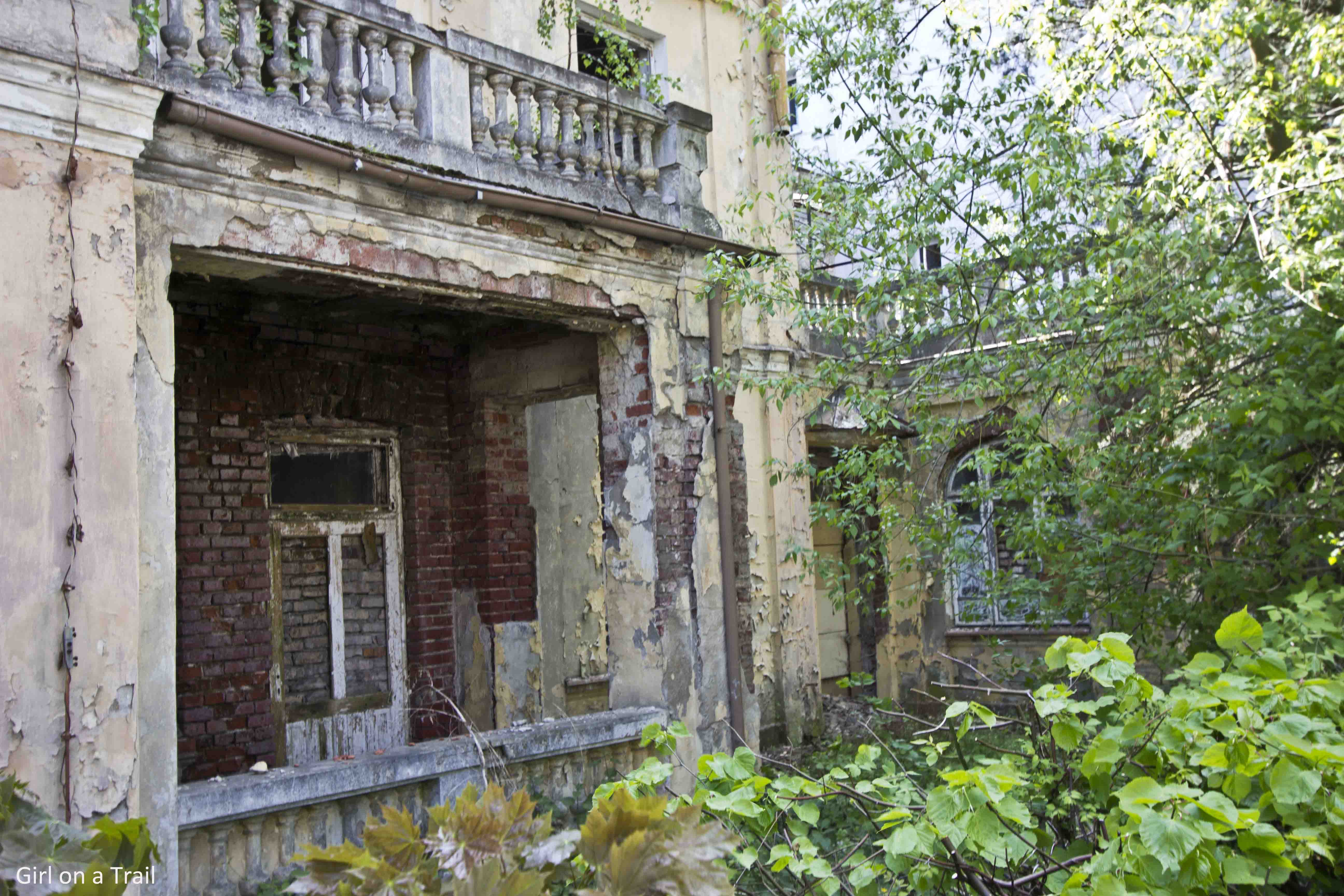 A very interesting building is also a wooden Orthodox Church. It was built in 1894 in a Caucasus style, mainly of wood without using nails. This is the only one example of this style in Europe! The church has also intensive blue walls and interesting decorations. 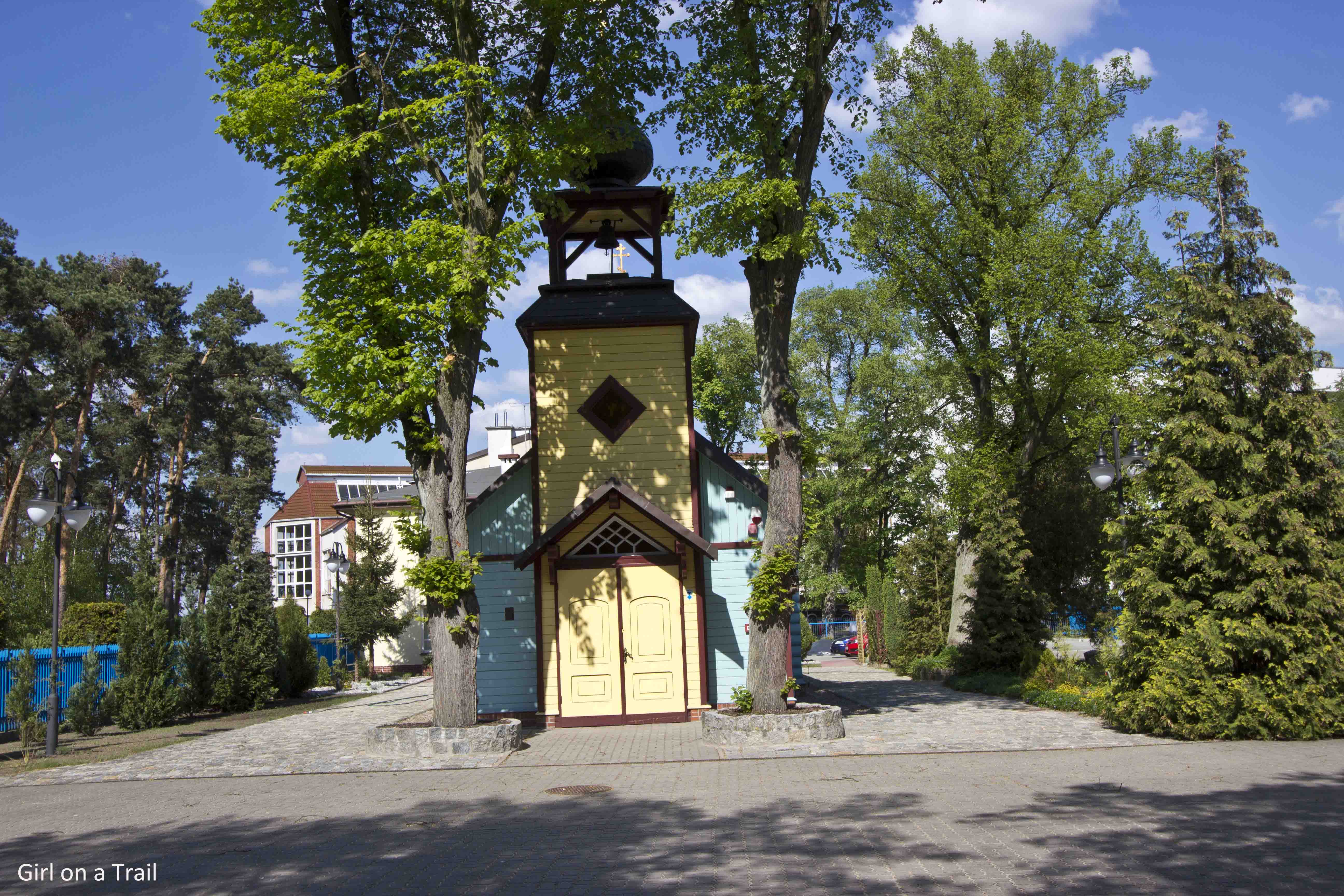 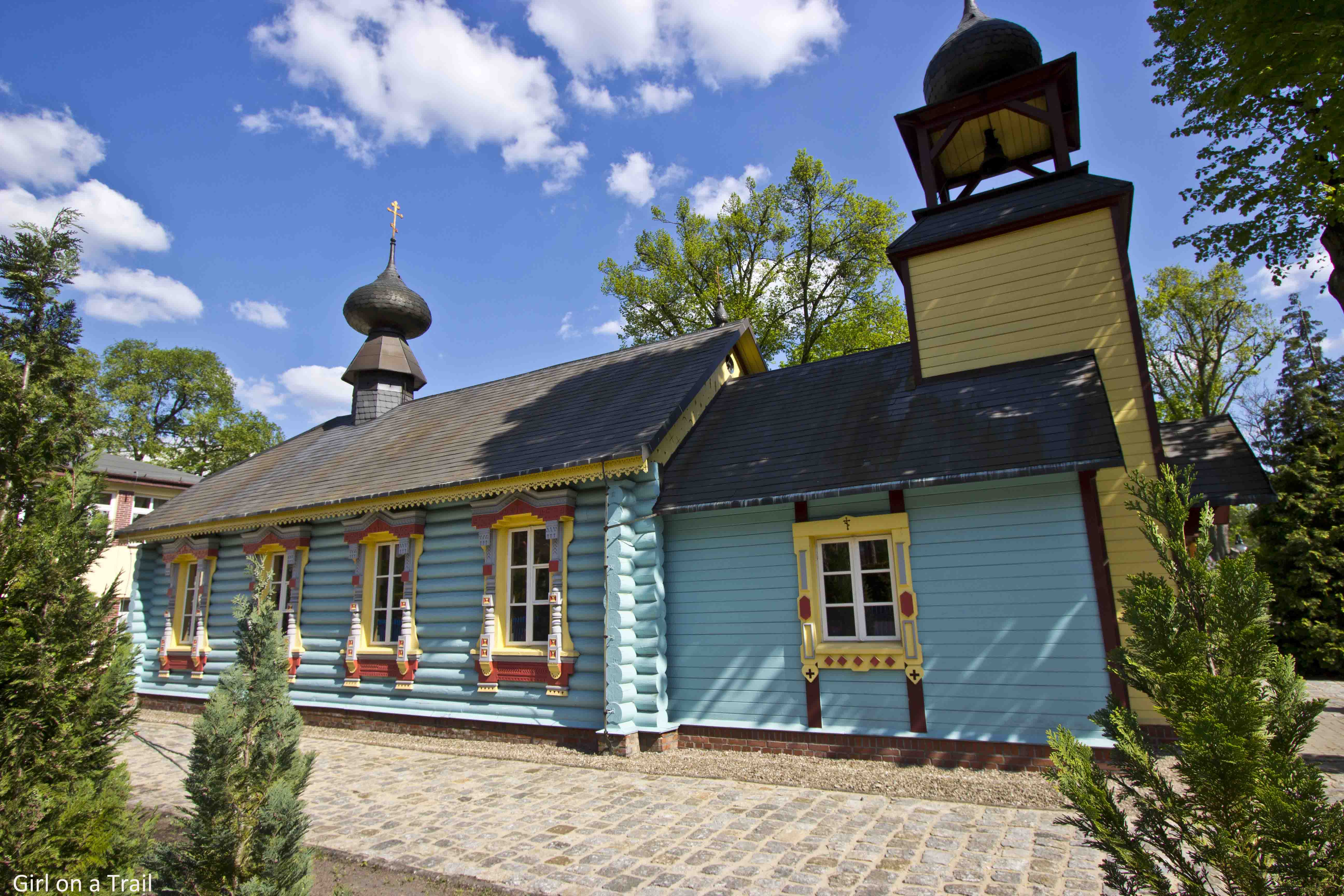 Confronting my ideas about Ciechocinek with the reality, I have to say that in the air apart from the brine, I could feel the gentle breeze of communism, but I think that’s the charm of this place. The specific spa atmosphere, architecture and historic graduation towers are the main reasons why you should visit Ciechocinek.