In the very centre of Kosovo, there’s a huge statue – inscription NEWBORN. Born in February 2008 the Republic of Kosovo has not yet been officially recognised by many countries. The recognition of the Republic, was refused mainy by the countries which have internal problems with separatist regions like: Russia, Spain or Georgia. 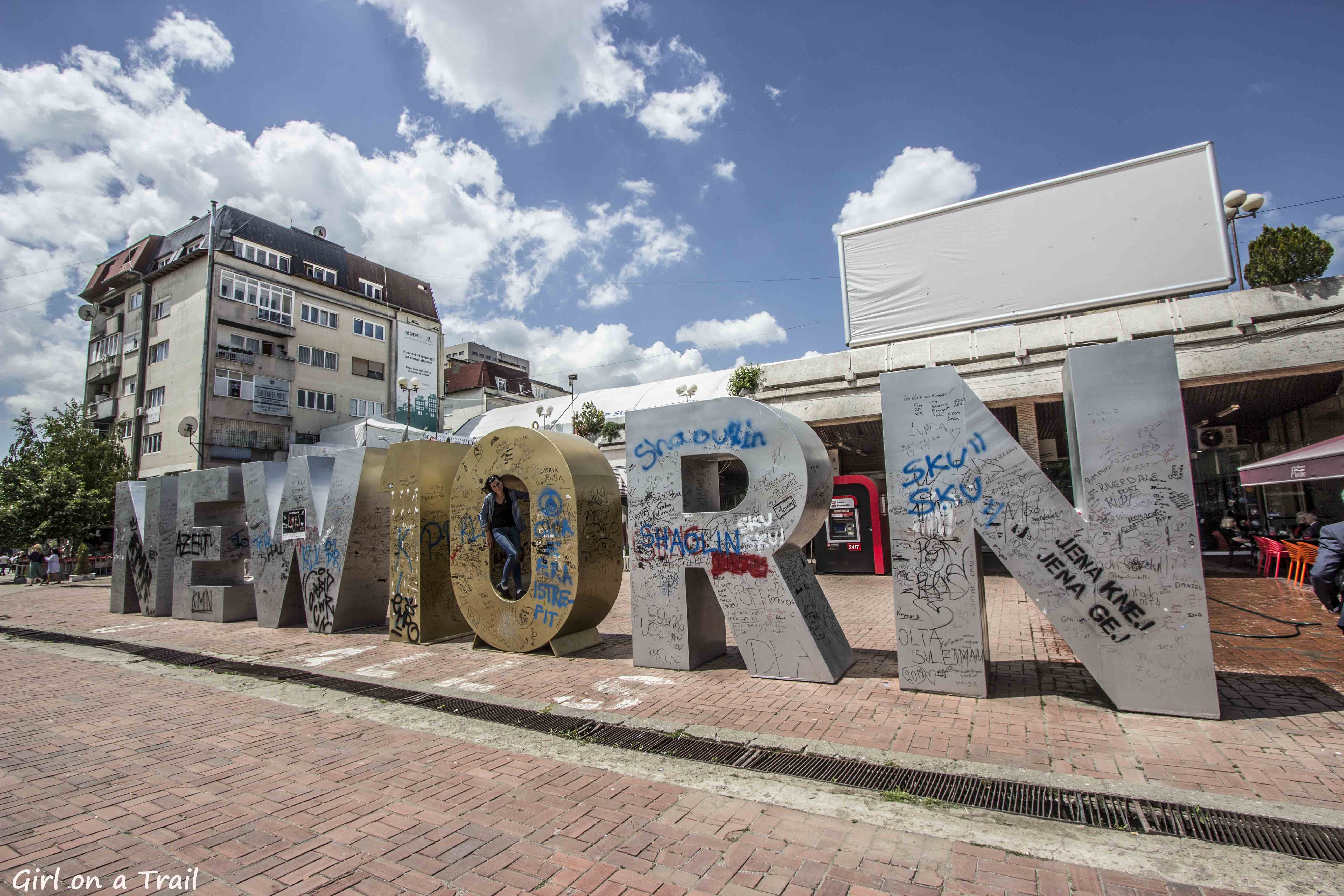 It has been almost 20 years since the end of the war with Serbia. Kosovo is still under international control and it’s the territory shared between Serbian and Kosovan Albanians. At Present, 90% of the population is of Albanian nationality, while Serbs represent only less than 10 % of the whole population. However, for centuries, the proportions have been the opposite. More importantly, ¾ of the people of Kosovo are young. In the streets, you can hardly see people over 30. This is due to a large birth rate among the Albanians. The numer of young people is the most visible in the evening when young Kosovans come out  to the so-called xhiro (night stroll) – walk in the main boardwalks in Pristina. 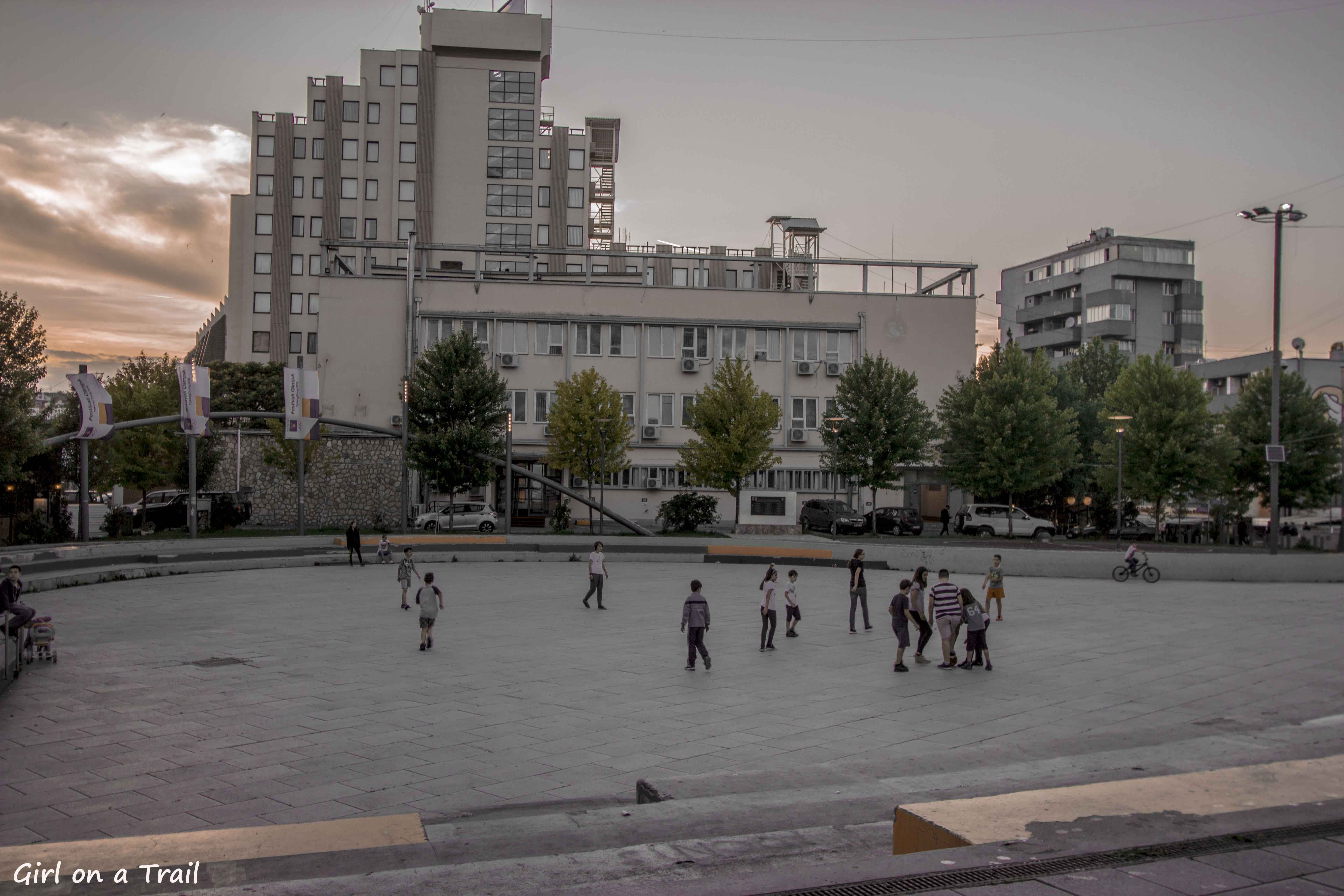 There’re many challenges ahead of Kosovo, first of all dealing with a painful past, creating a legal system and state structures, addressing the problem of high unemployment, corruption and ensuring social order. Currently, Kosovo is under protection, managed by UNMIK (United Nations Interim Mission in Kosovo – UN unit) and NATO troops – KFOR, which control the order in the newborn country. 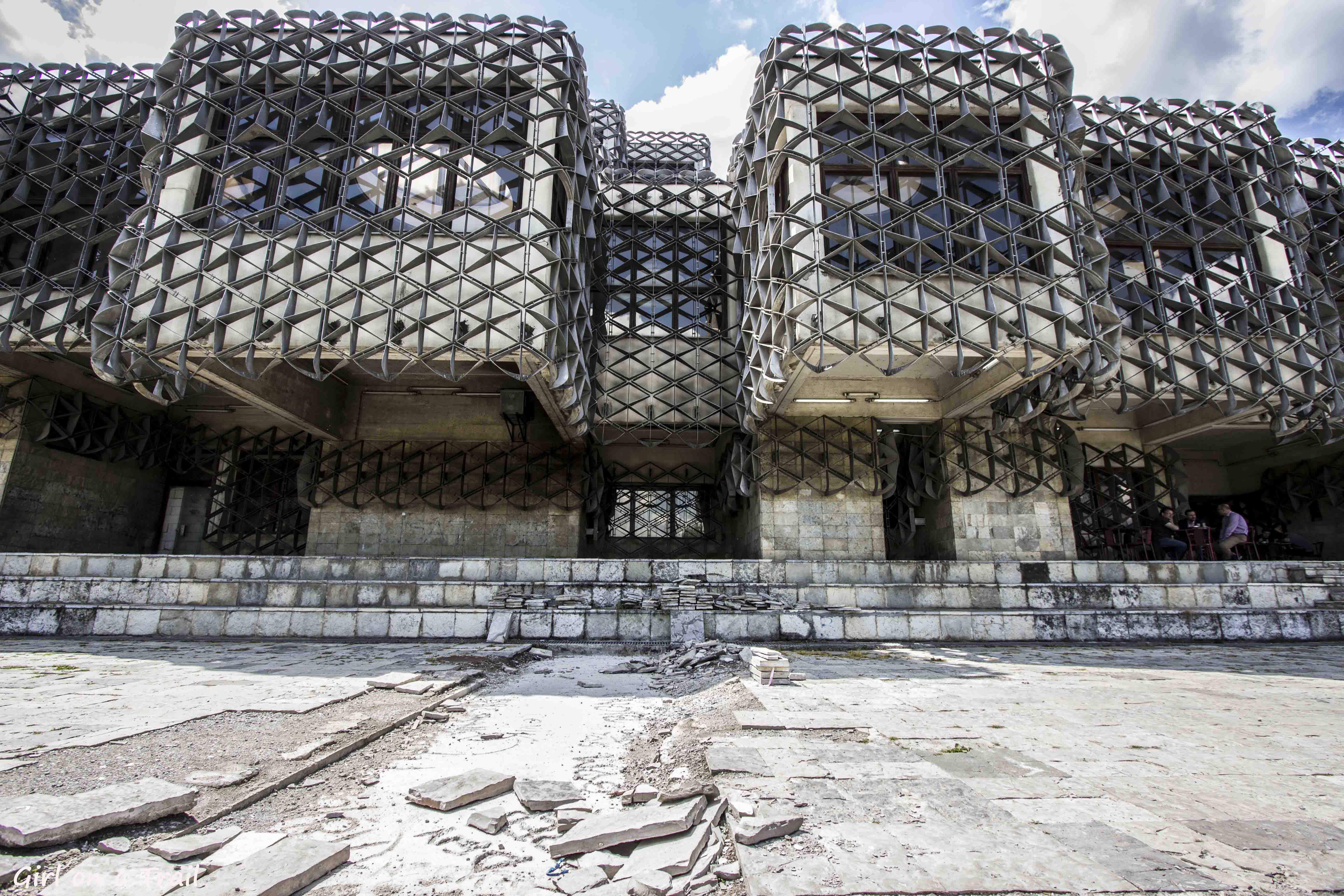 Beginnings are very difficult, rebuilding Kosovo will consume billions of euros, unemployment is around 30%. Deep social disappointment and chaos contribute to the development of criminal activities. Kosovo has favoured many criminal groups involved in drug trafficking, human and organs trafficking. There’s still a long way ahead of Kosovo to get the status of a lawful country. 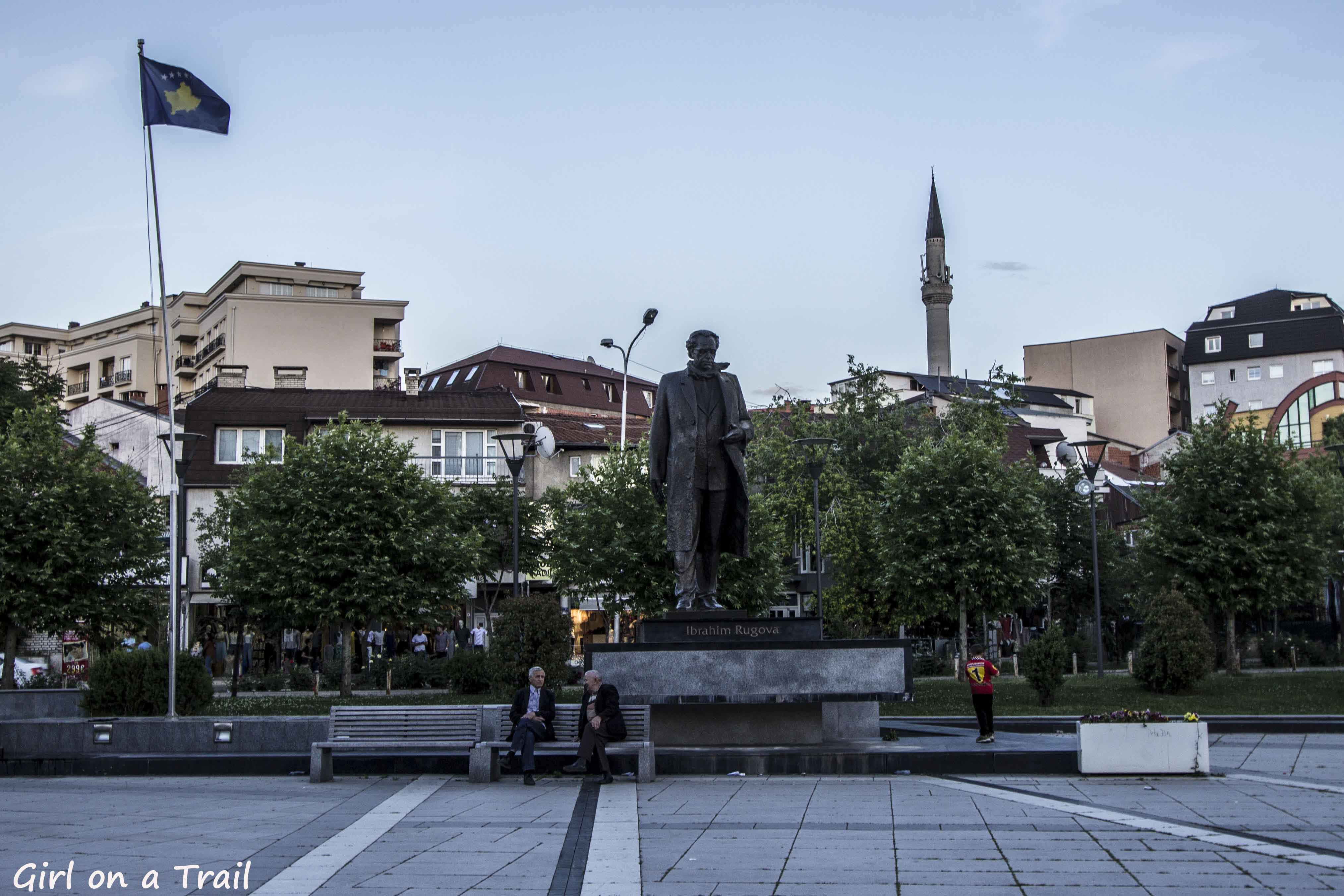 Before I bought tickets to Kosovo, I had looked at the site of the Ministry of Foreign Affairs in order to check the security concerns in Kosovo. It warns that due to the unstable situation in Kosovo, it is not recommended to travel to this country. If there is a need to go there, it is absolutely necessary to avoid travel in the conflict of northern areas of the country (in practice – lying north of the capital of the country – Pristina)… 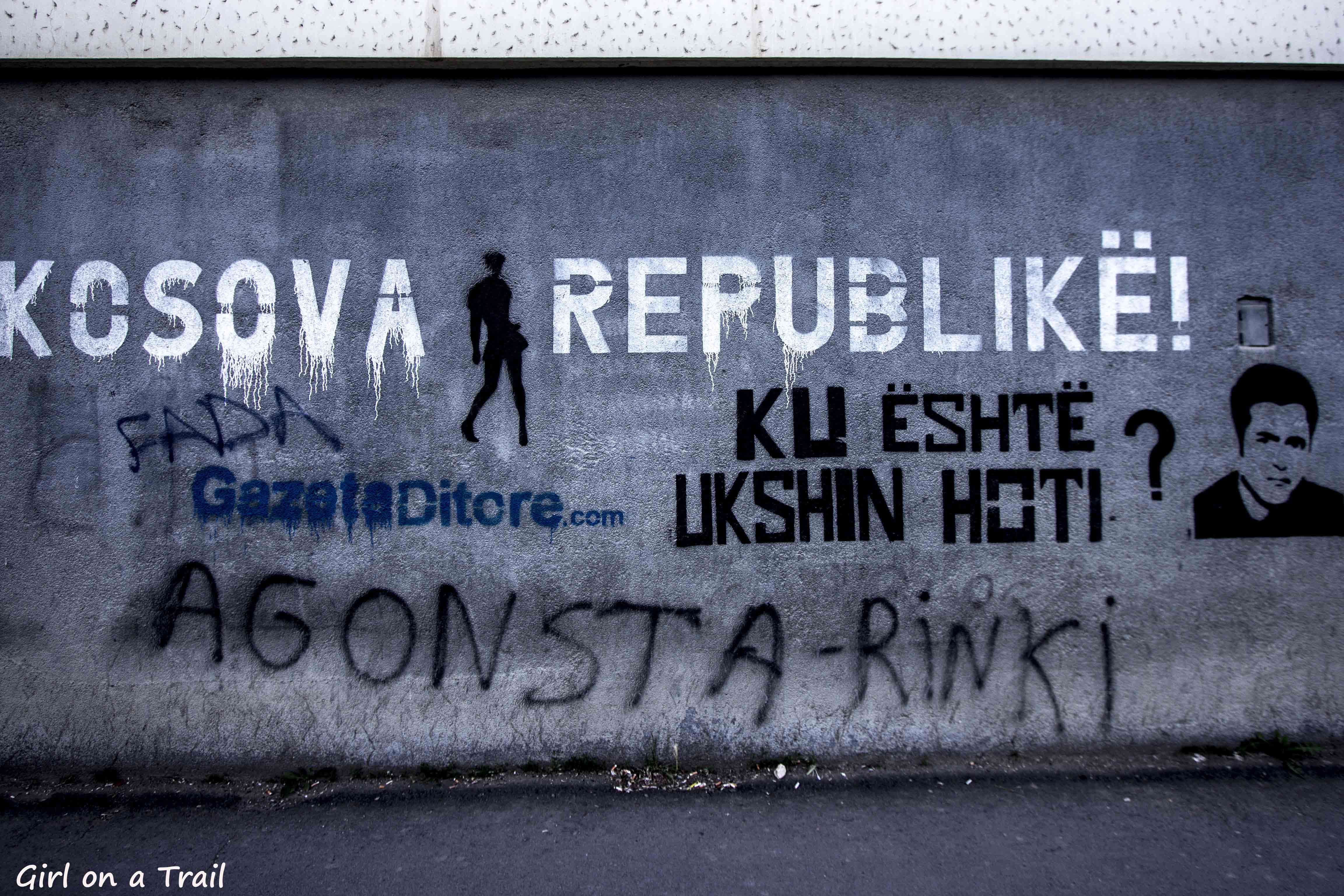 After reading these recommendations, there was a moment of hesitation, mainly because my original plan was that I would go there alone (later my best friend joined me). After a moment of thought, curiosity won.  I wanted so much to see this country and meet the people there. Moreover I knew that reality isn’t usually the same as it’s presented us. 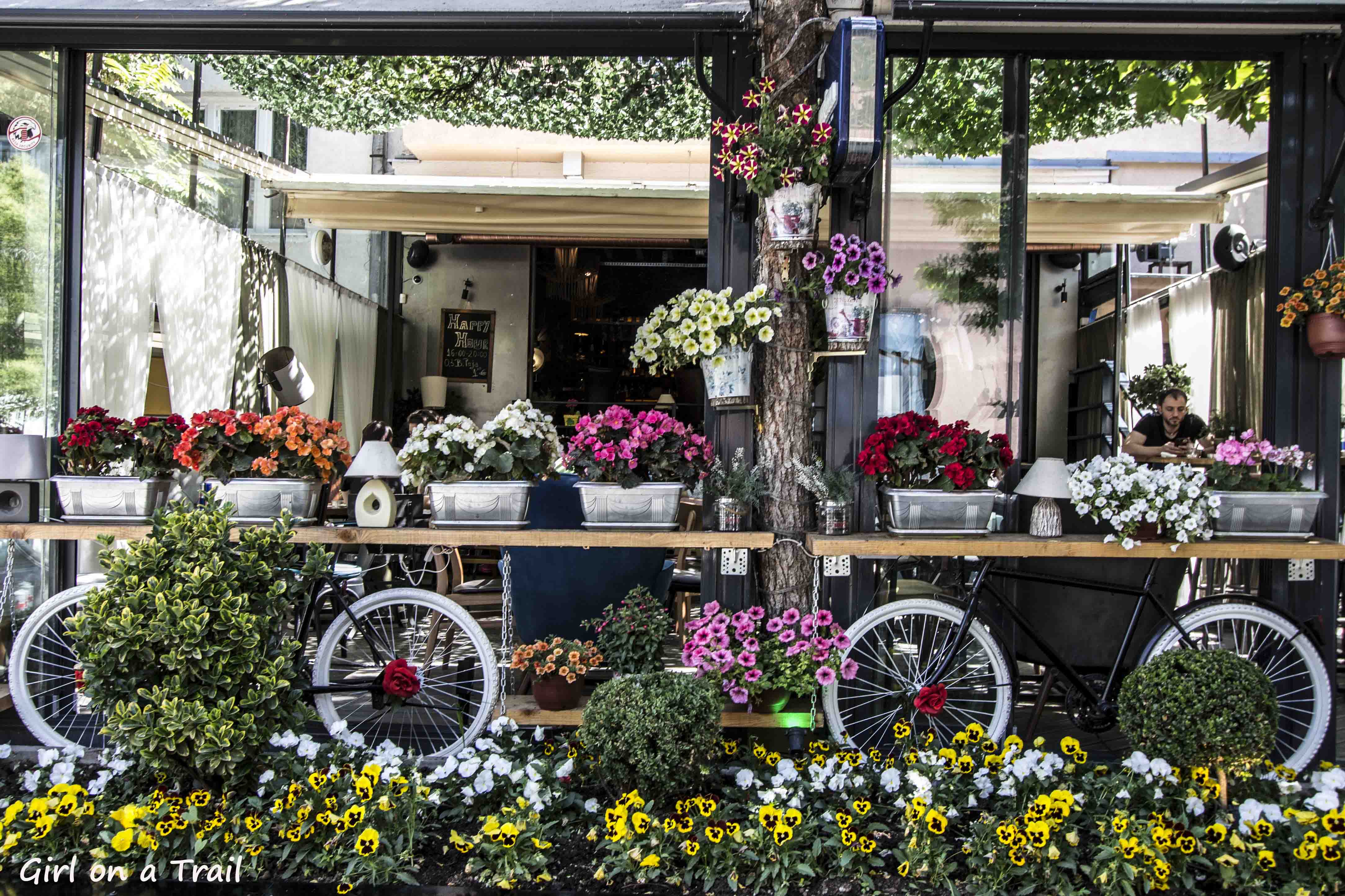 After a short 4-day trip to Kosovo, I found that one threat there were opened sewage wells which lids were simply stolen. In the capital of Kosovo – Pristina tourists themselves are an attraction. Forget about souvenirs  and typical monuments. The charm of the Pristina lays in its authenticity. The city now seems not to be aware of its touristic opportunities. On the other hand, the Kosovans are used to the presence of foreigners. Since the end of the war, there have been more than 200 000 employees of international organisations who have helped to rebuild the country. 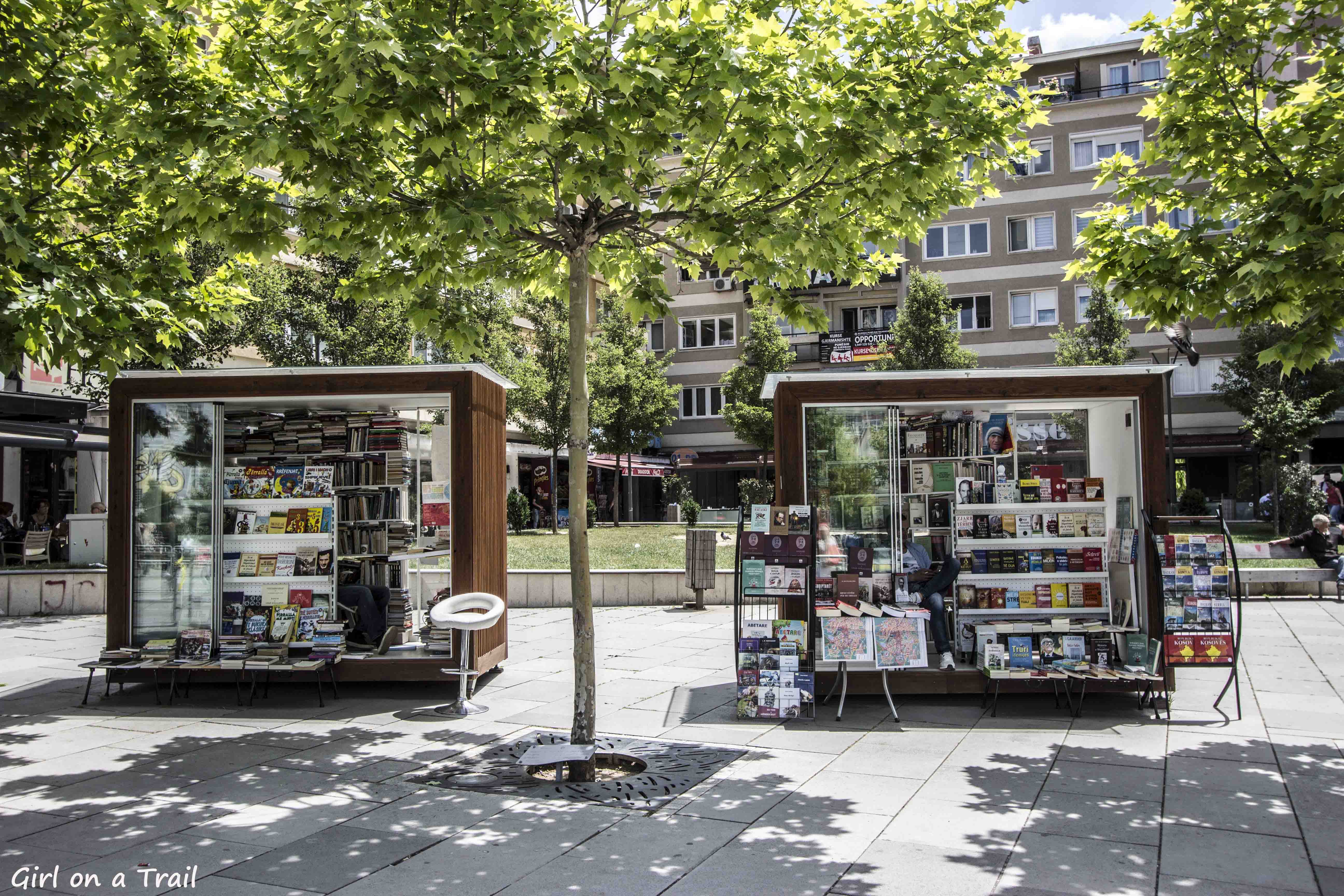 For this reason, in Pristina, there’s no problem with speaking in English, especially that the city consists practically exclusively of young people. In numerous talks with the locals I felt amazing energy and enthusiasm for action. Their new state is at the moment of shaping, it creates new opportunities for development, the situation resembles Poland in the 90’s. 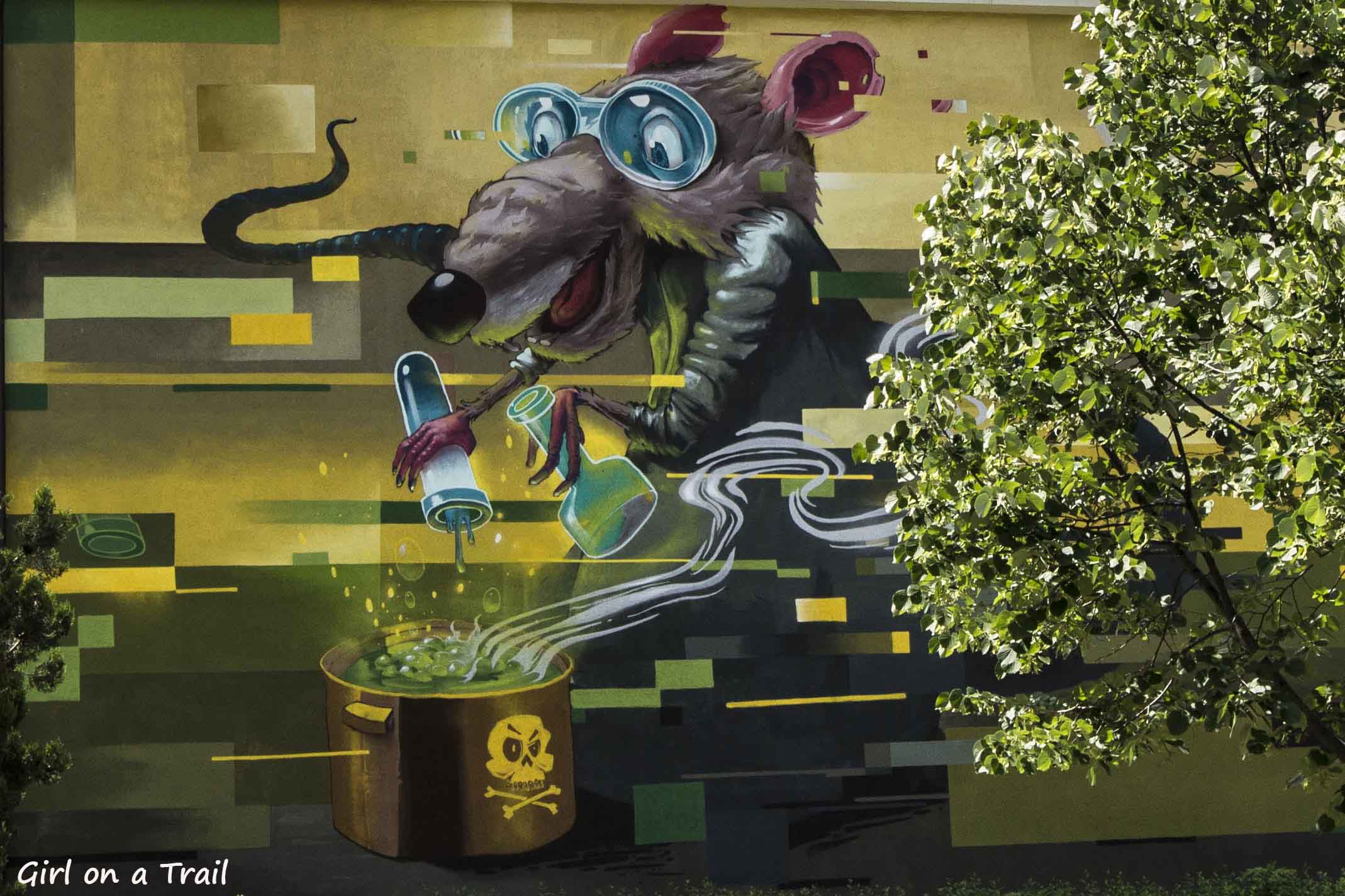 Despite a small number of tourists in Kosovo, the country is developing this branch. I’ve had the pleasure of living in an excellent Konak Guest House. I spoke a lot with the girl who led the hostel, her dedication and ideas about the development of tourism in the area have made quite an impression on me. 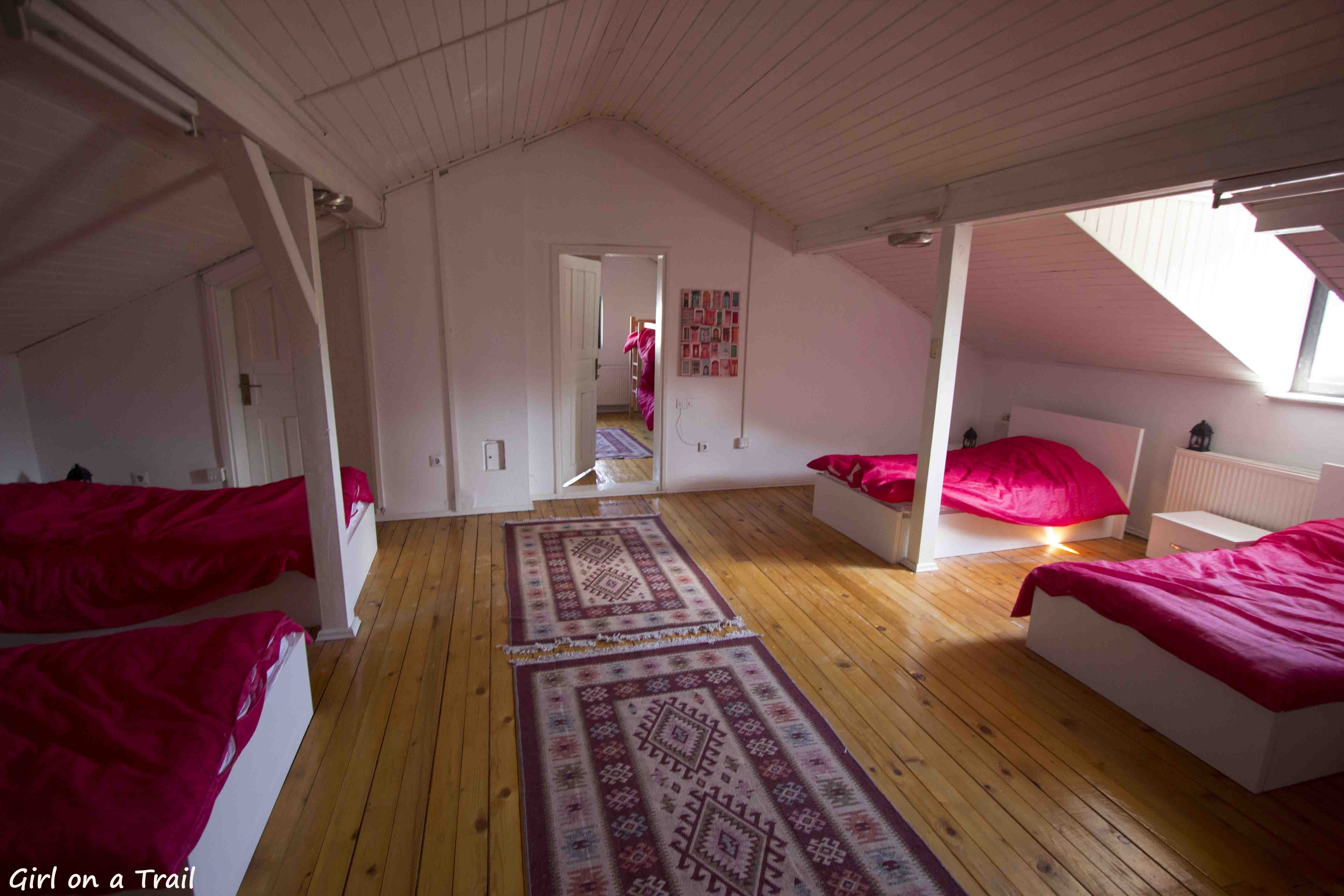 The hostel itself is very comfortable and clean. It’s located in the city centre and very close to the bus station. The additional initiative of the hostel is to promote the culture of the region through the exposure of folk outfits and the sale of clothing products made by locals. However, breakfast served at the hostel I remember today. Prepared from fresh local products and served in a traditional way, even now makes my mouth water. 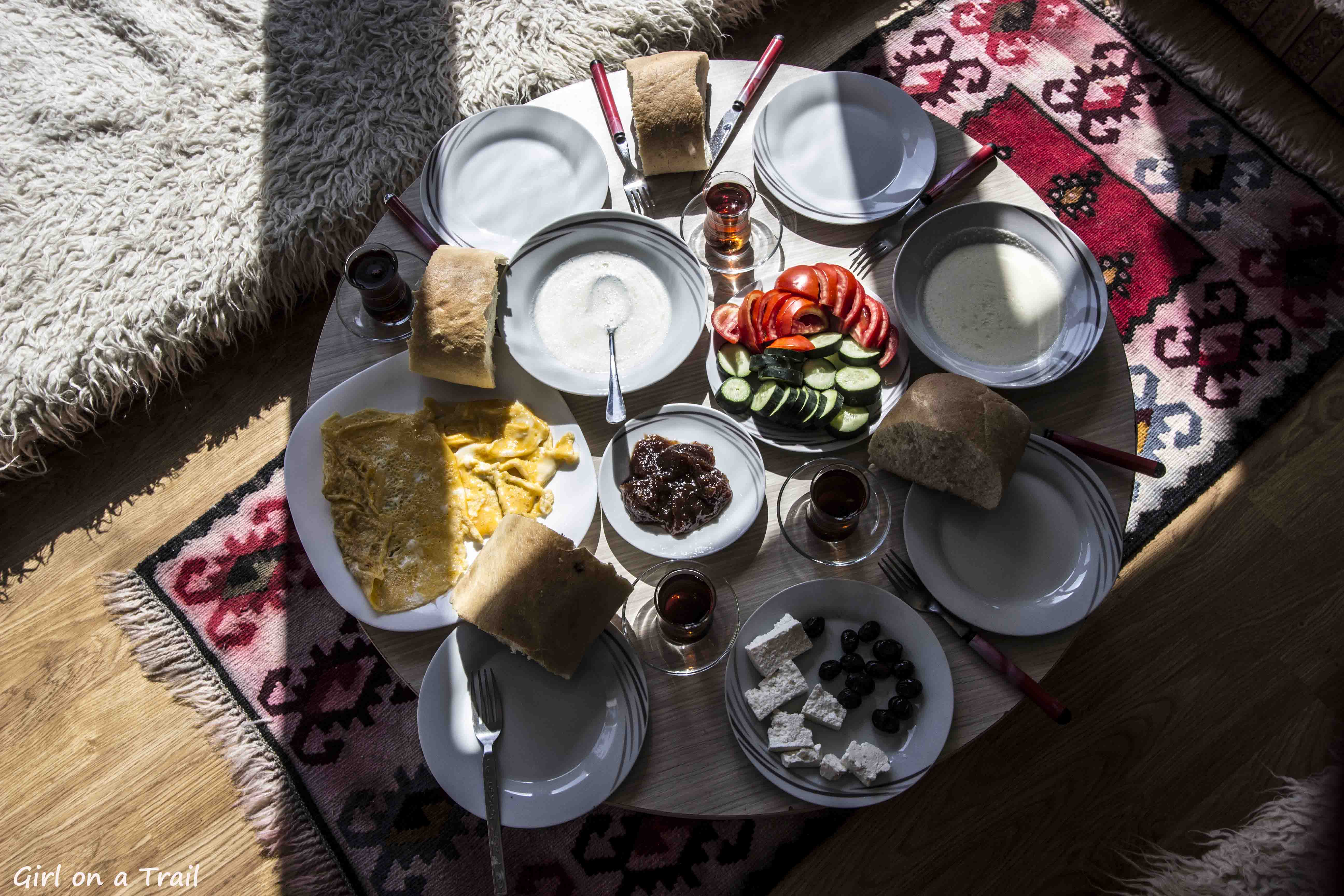 In fact, Pristina is not famous for a large number of tourist attractions, but I think it is worth coming here to feel special atmosphere of the city and to see the life here. Coming here from the bus station or airport, every visitor drives main street – Bill Clinton’s Boulevard, with the monument of the former President of the United States. It’s a tribute to Bill Clinton for helping Kosovans to regain independence. And right next to it, you can see  a display with glossy gowns in a shop called Hillary. 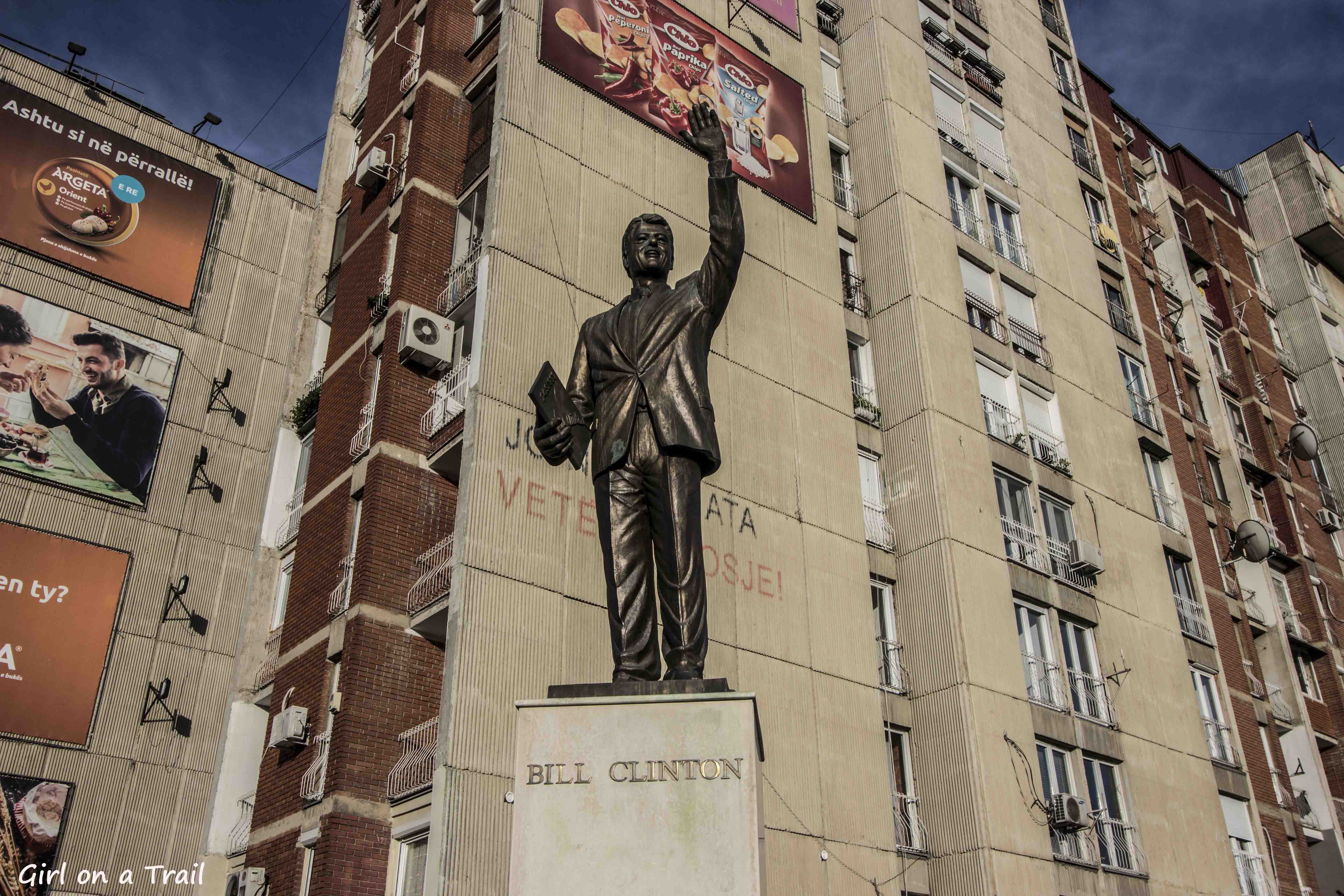 Walking along the Boulevard towards the centre, you pass the Cathedral of Mother Teresa of Calcutta, which is adjacent to the National Library. This building is the object of a mockery of the local residents because it doesn’t fit the surrounding architecture in any way. The building itself aesthetically repels, but it gives a lot of shade in a hot day 😉 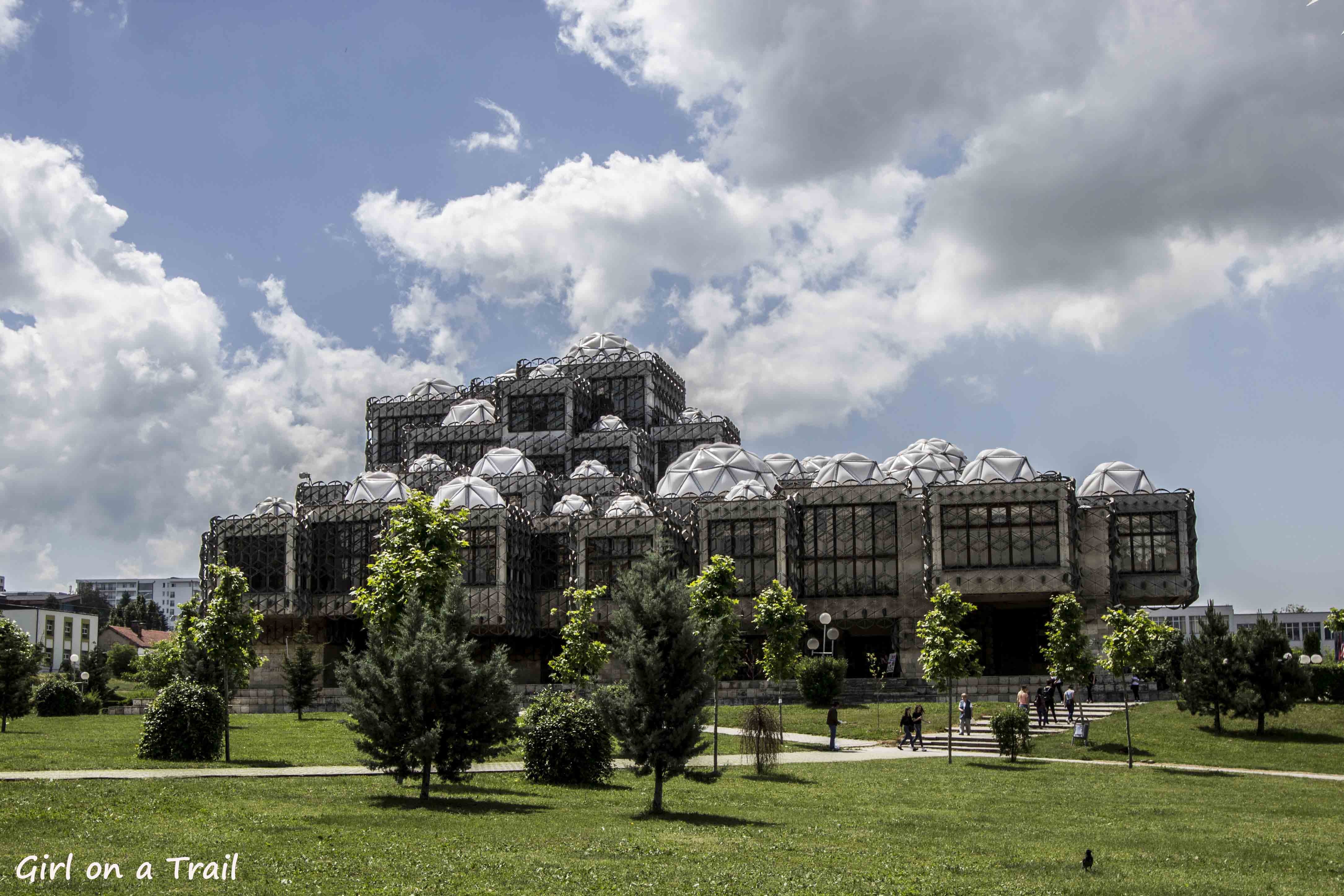 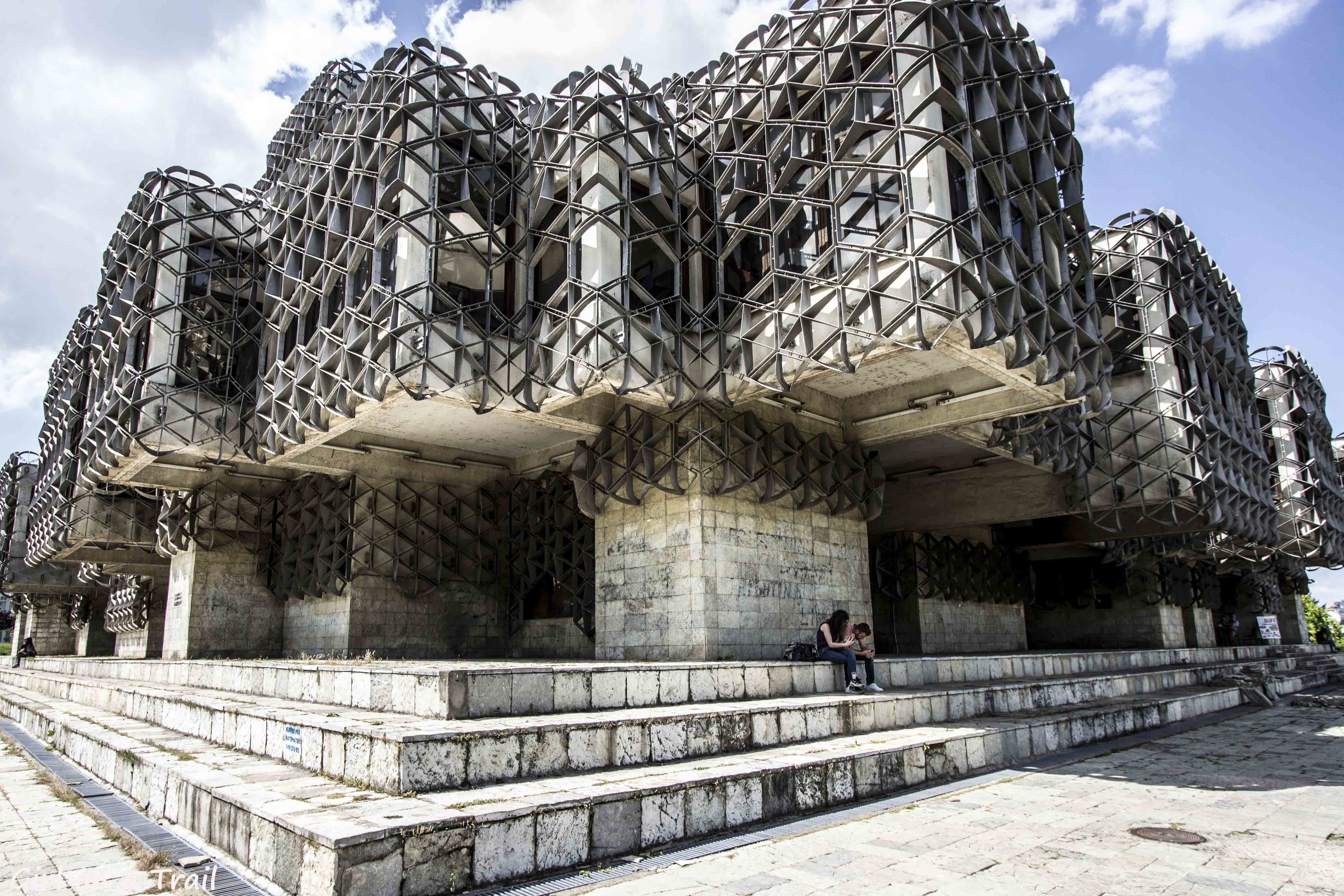 Next to the library, there’s an abandoned Cathedral of Christ Savior. Pristina residents are mainly Albanians  who represnt Musulmans. Ortodox churches belong to the Serbs and in view of that they’re usually abandoned. 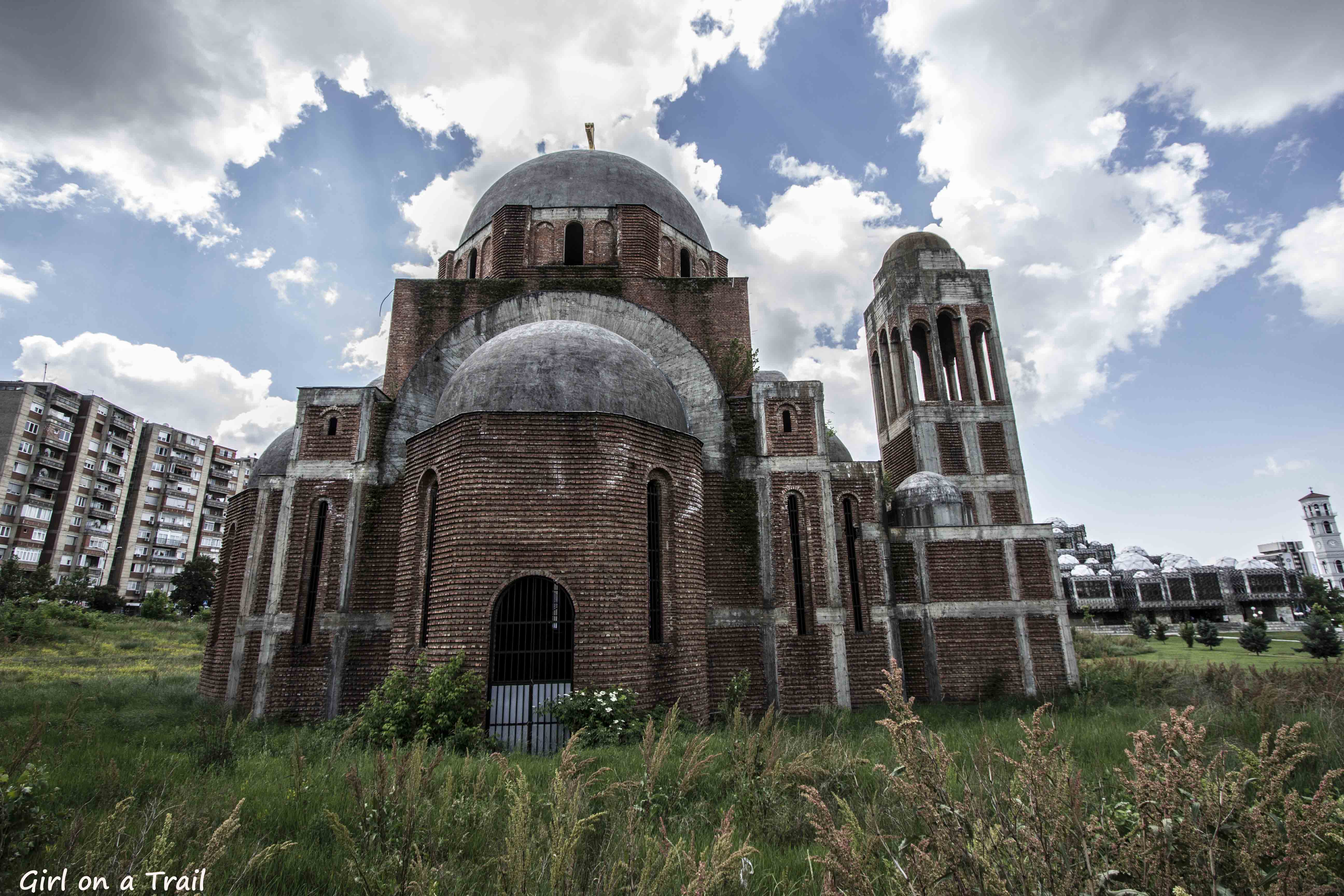 Less than a mile away, there is the main meeting place – boulevard where you can find numerous climatic restaurants and various attractions. 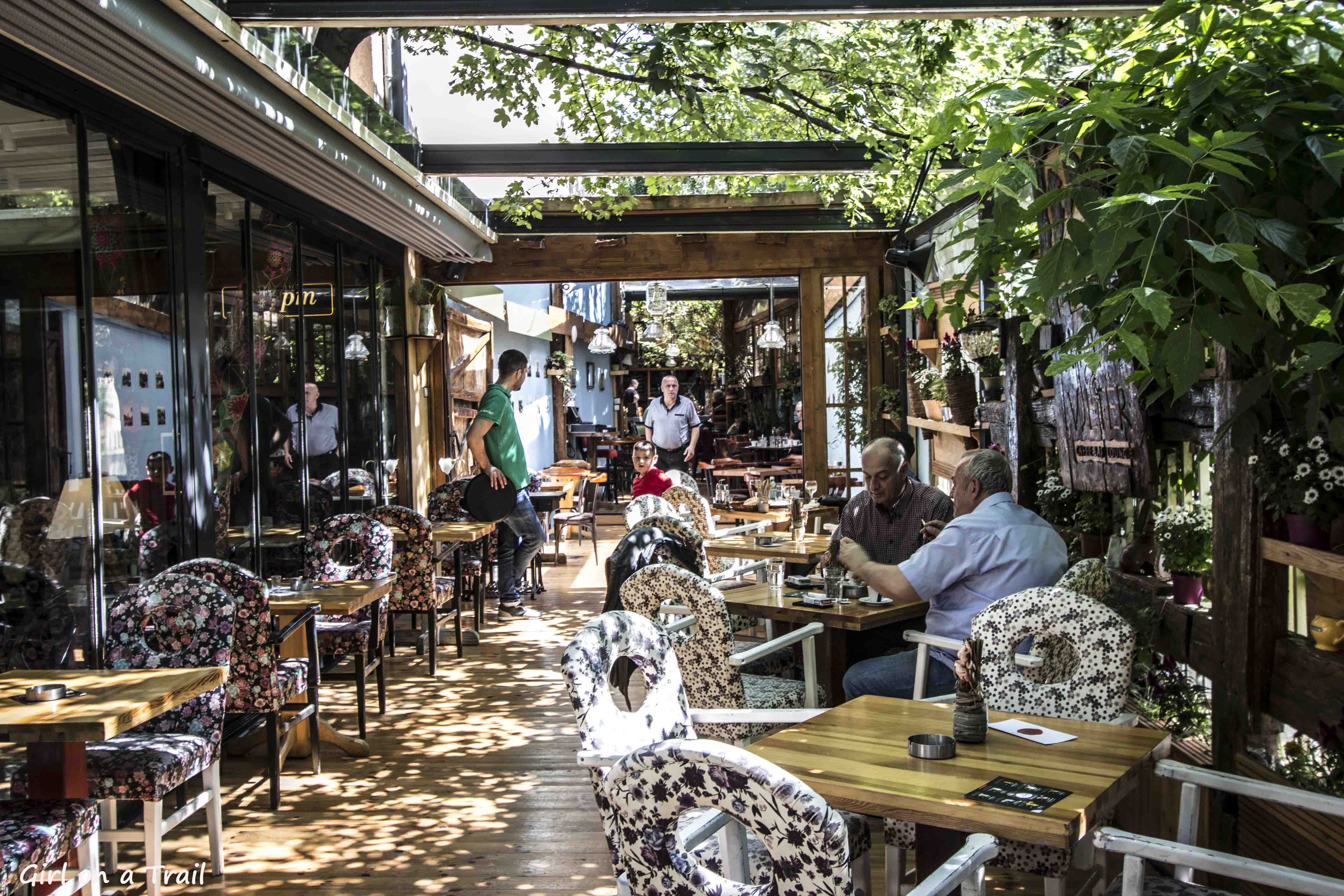 I think the information on the Ministry of Foreign Affairs are hurtful. I will agree that going anywhere, especially in areas of unstable political situation, requires caution, but often these warnings are exaggerated. 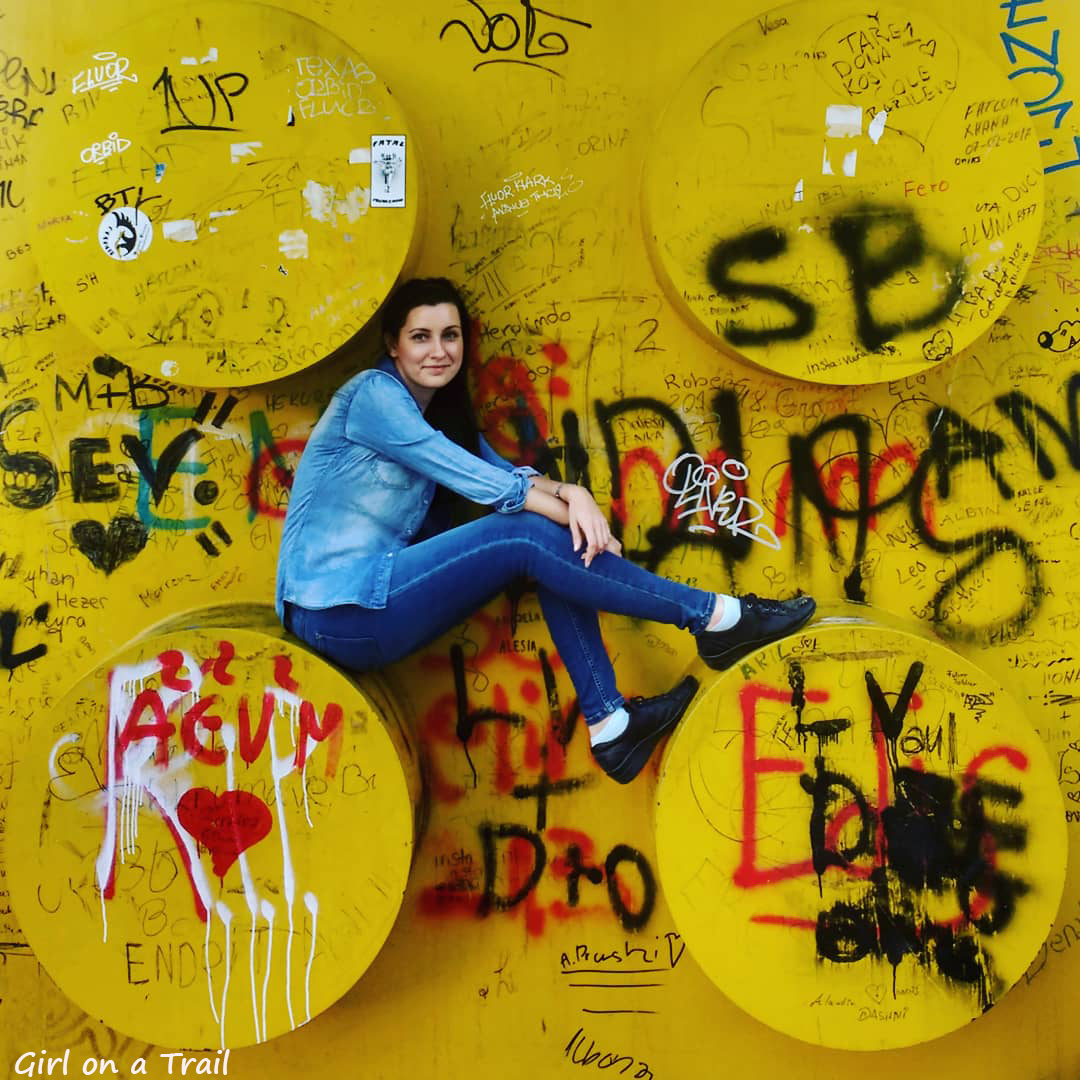 Thanks to tourism, countries such as Kosovo have a chance to develop and it gives people hope for better future. Kosovo, is now an interesting direction, especially for those who like to be themselves a tourist attraction 😉

However, watching what this little Republic has to offer, I think it will change soon. More about this in the next post… 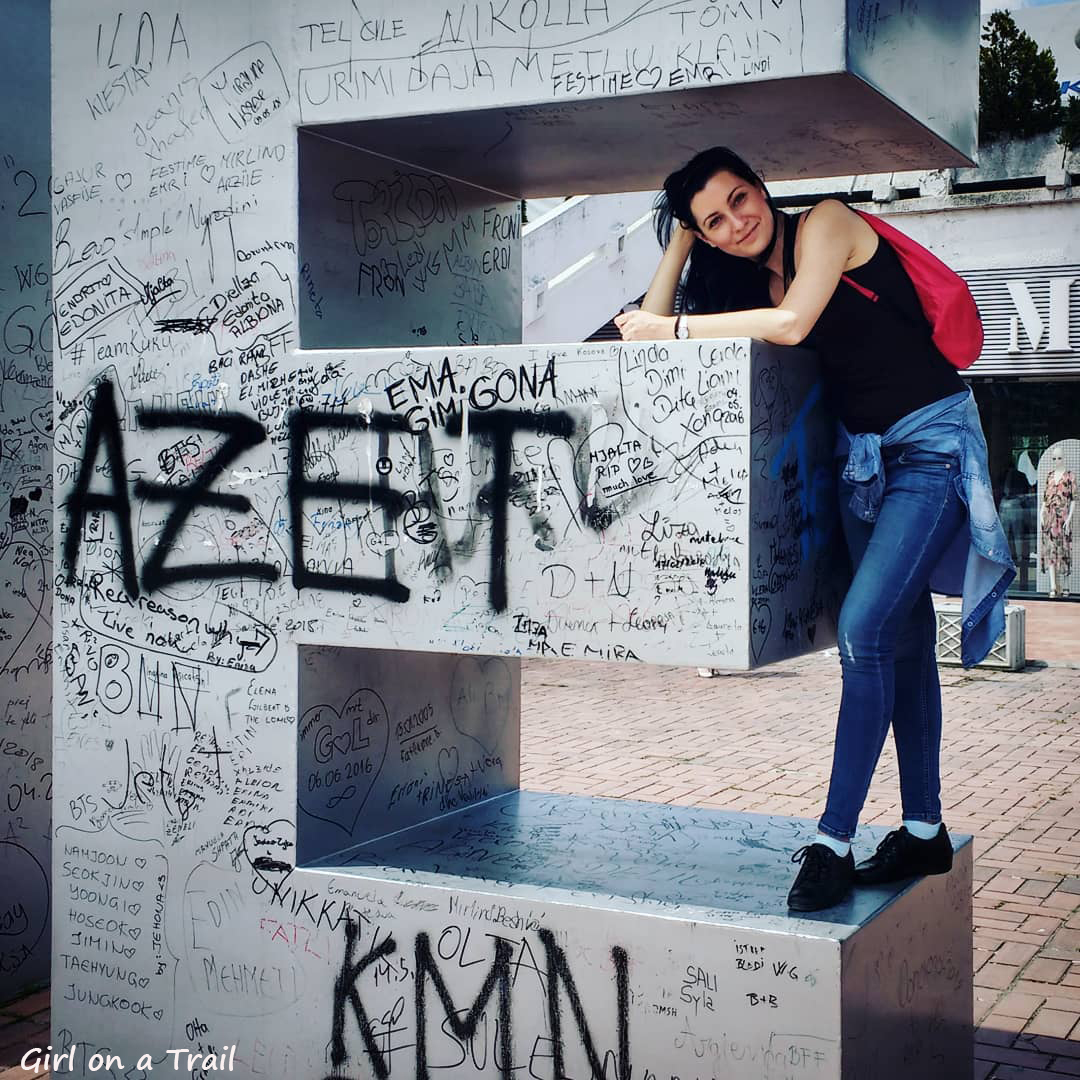