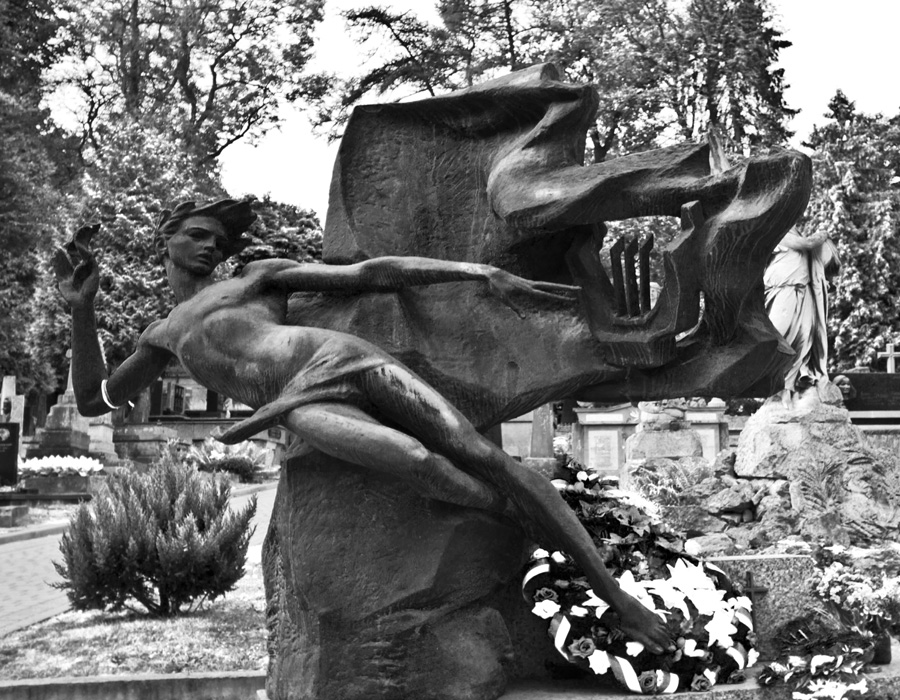 On the Lviv hills is a place which is the best History and Art lesson. It’s Lychakiv Cemetery. It was built at the end  of 18th century and it’s one of the oldest burial grounds in Europe. 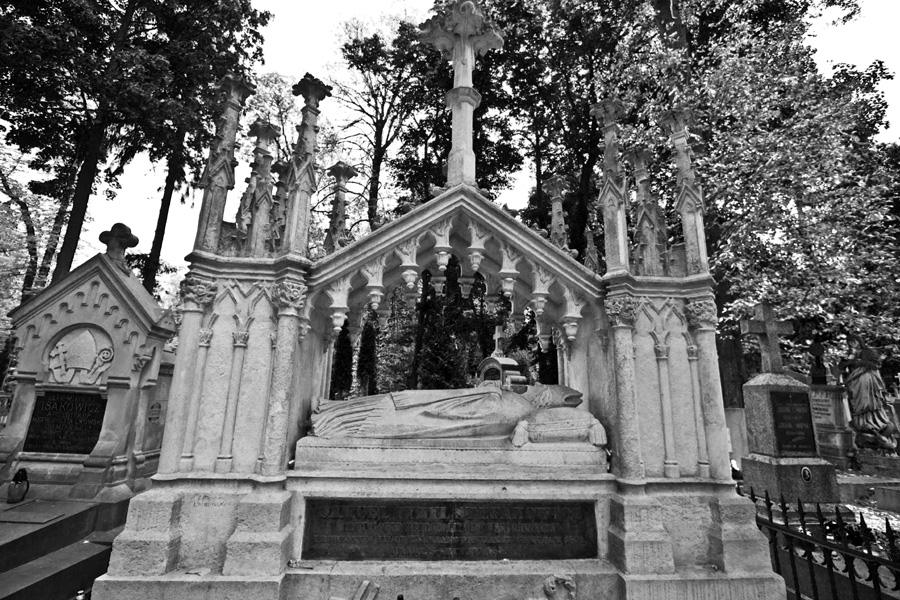 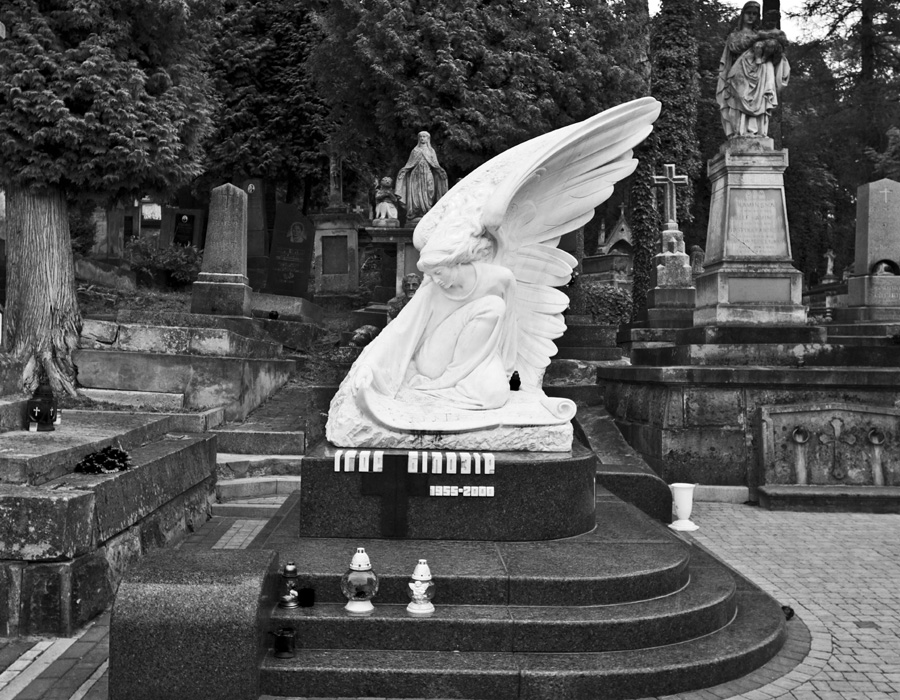 The whole necropolis is somewhat a metaphor of the death embodied in sculptures which look like real figures which present grieved angels and sounded in eternal asleep or fossilized in mourning people. 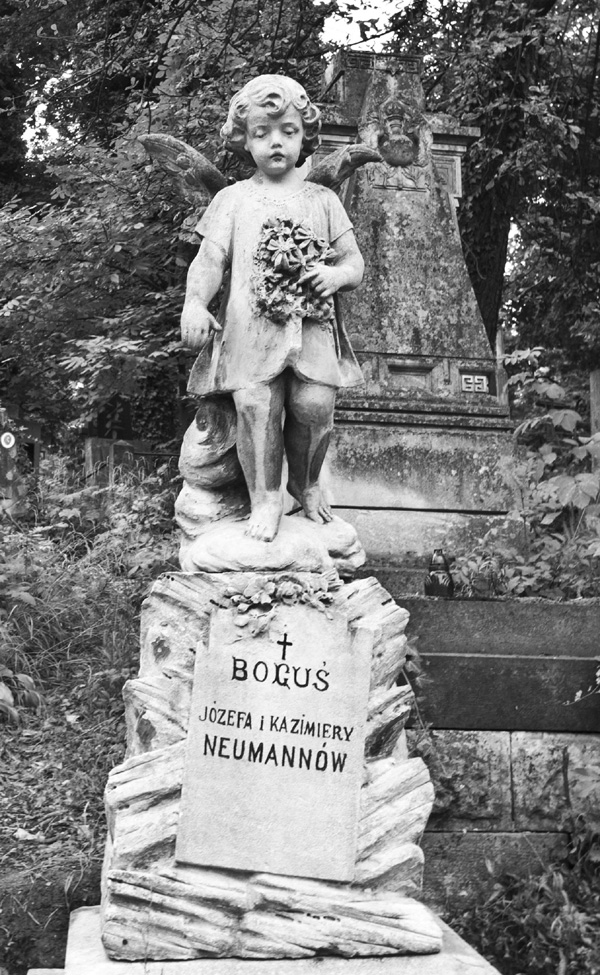 Beautifully decorated gravestones, tombs and shrines seem to struggle not only with passing time but also they fight a losing battle with overgrowing vegetation. 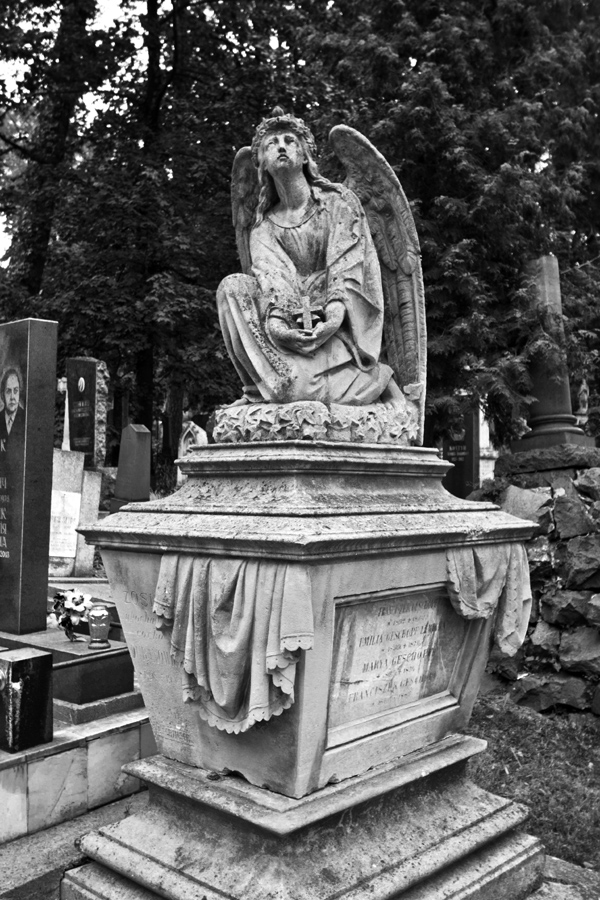 But not only artistic aspect makes this cemetery exceptional. It’s an expression of multicultural character of Lviv and also its rough history. Walking along alleys one can see Polish and Ukrainian tombs. 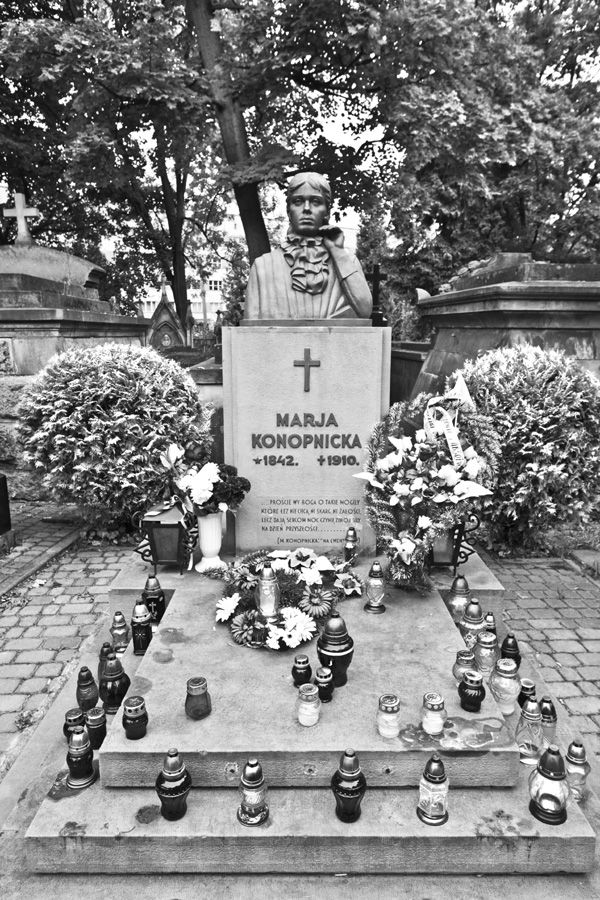 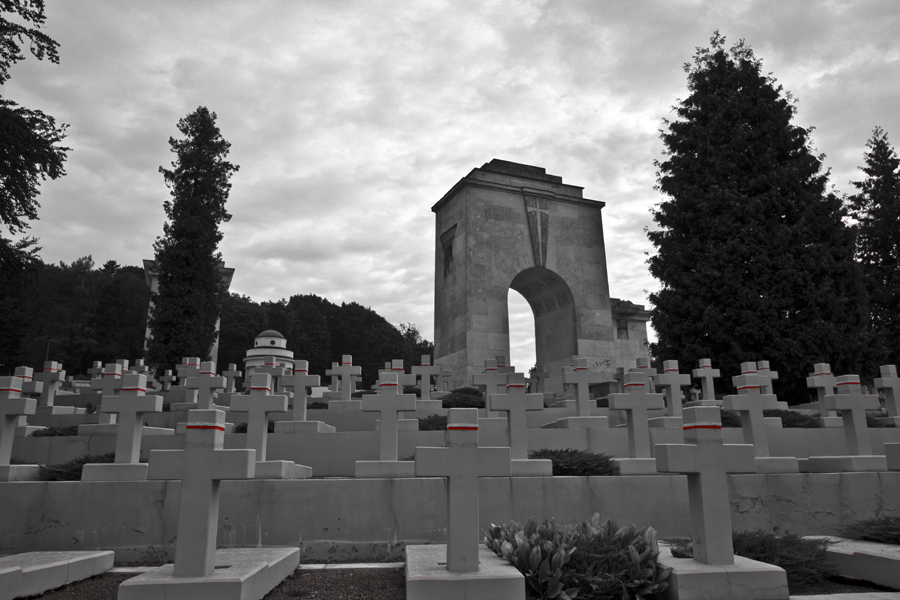 But there’s one thing which attract Polish visitors. It’s the Cemetery of Eaglets known also as the Campo Santo (Sacred Place), situated on the highest hill of Lychakiv Cemetery. 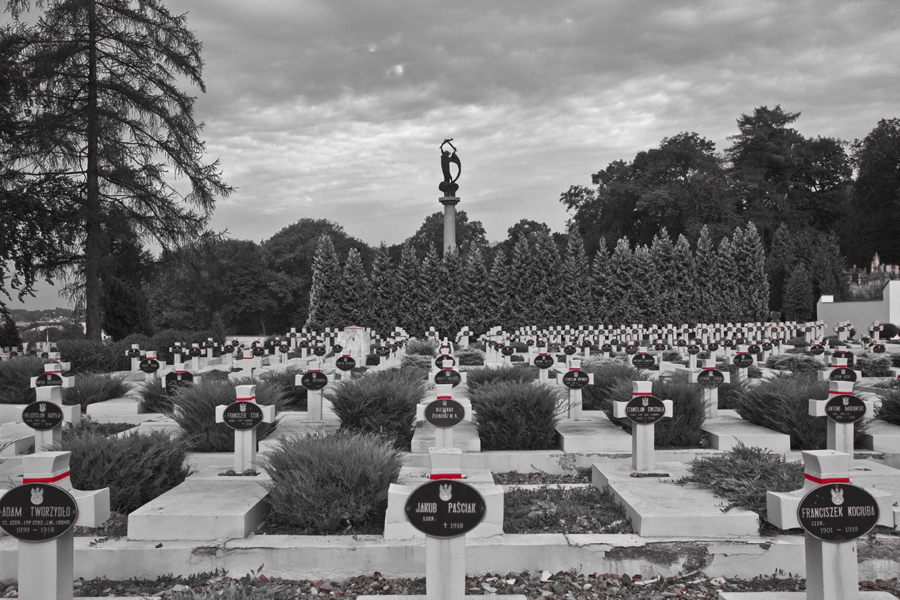 Here, the defenders of Lviv from 1918-1920 rest in simple graves girded by white and red ribbons. They struggled to hold Lviv within Polish border, firstly with Ukrainian minority and next with Bolsheviks. 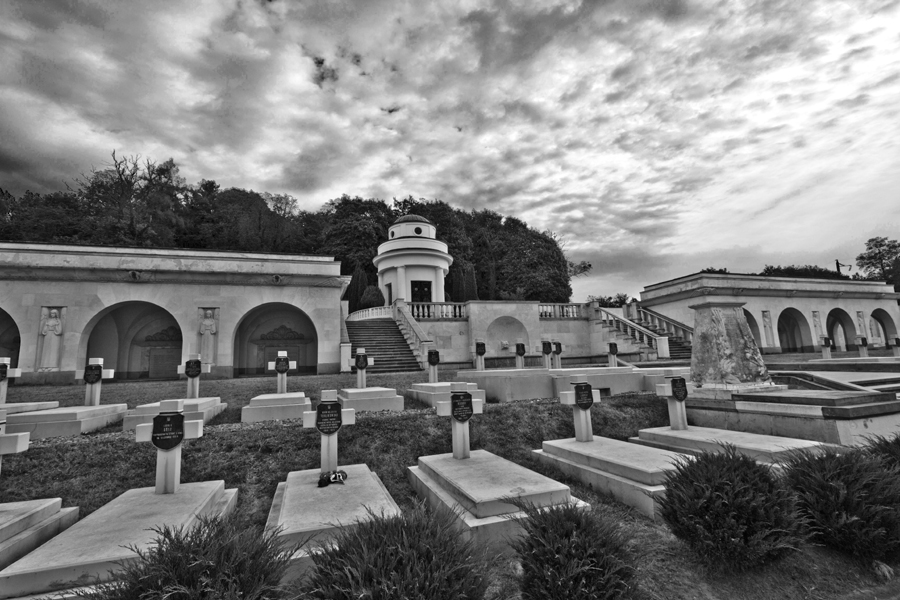 There you can see the Chapel and the Monument of the Pride, decorated with inscription “MORTUI SUNT UT LIBERI VIVAMUS” – “They died so that we might live free”. 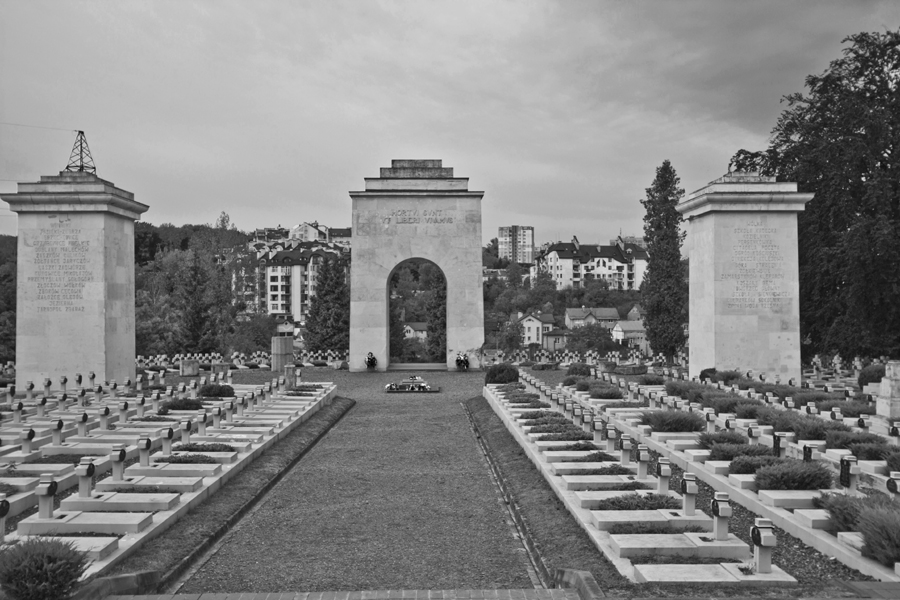 There’re also the Monuments of American Airmen and French Soldiers who died in the name of Polish people freedom. 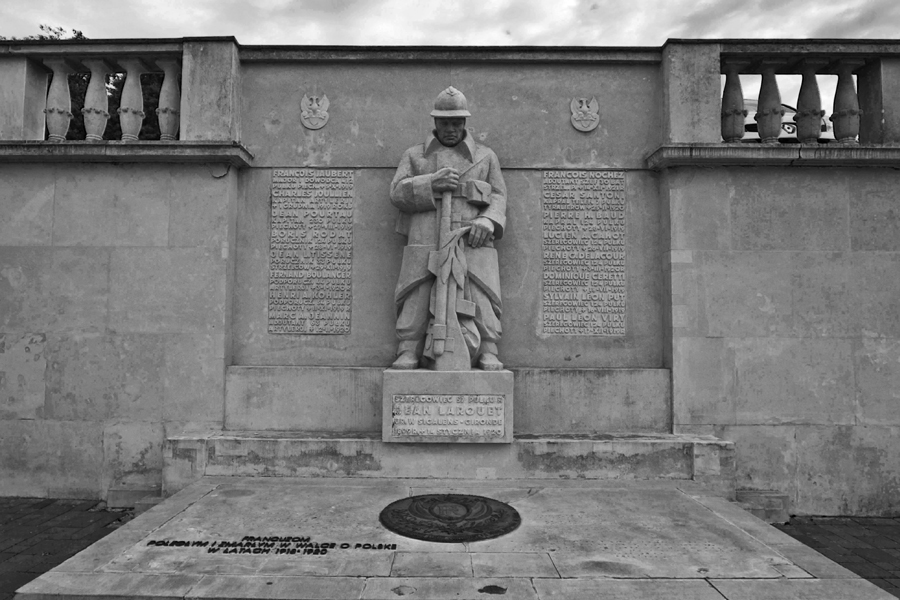 However, the most moving is the fact that in these nameless graves also children rest. Some of the Eaglets were pupils and students. The youngest defender was only 9 years old. My mind can’t comprehend how these little children had educated such a great sense of national identity that they sacrificed they life for the freedom of Poland. 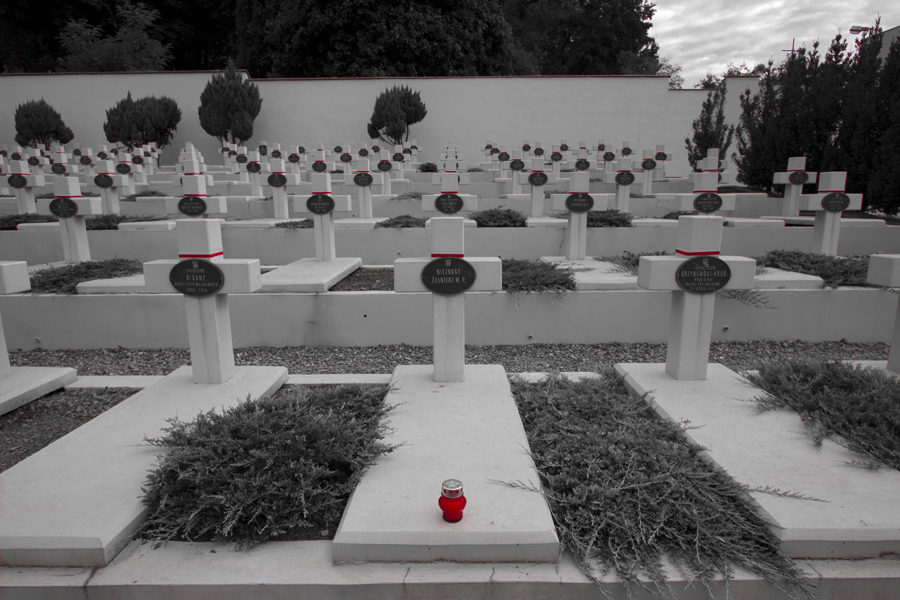 There’s nothing moves so deeply like a walk along these narrow lanes in the maze of graves. 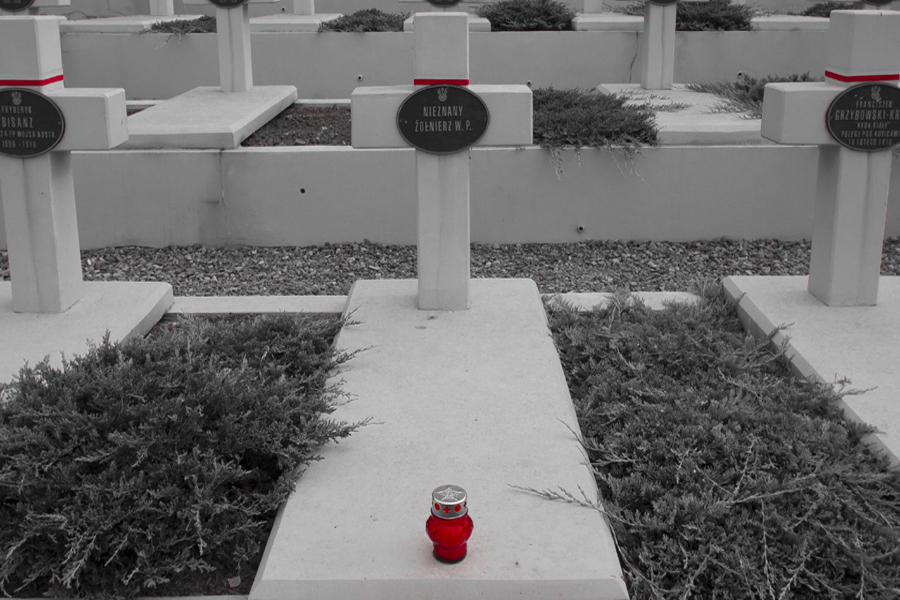 The little part of this cemetery was transferred to Warsaw. The Unknown Soldier, buried on Pilsudski Square is in a fact 14 years’ old boy with the bullet in his head who died during defending Lviv. 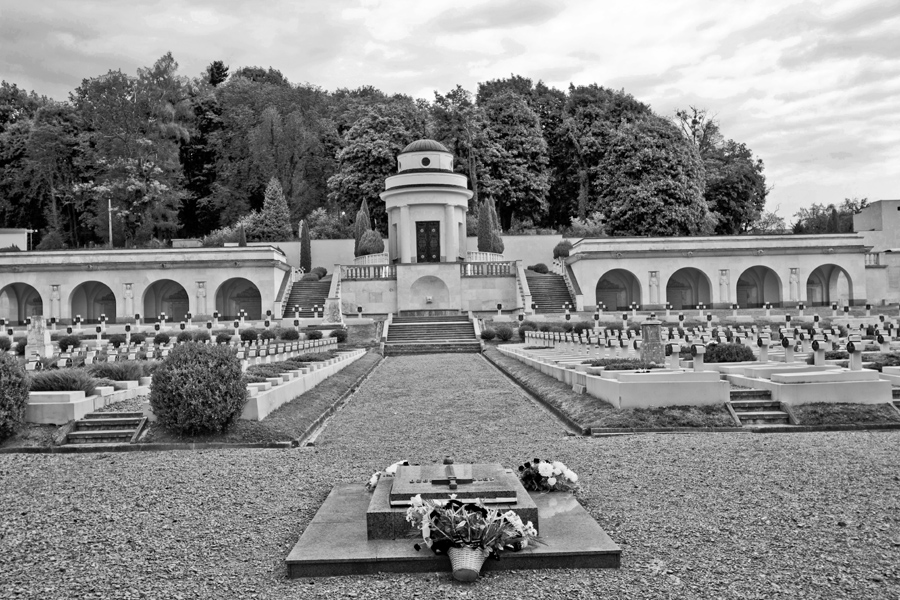 Our visit in this city will never be the same after walking across this cemetery. It’s an amazing History lesson described in a form of metaphoric graves. 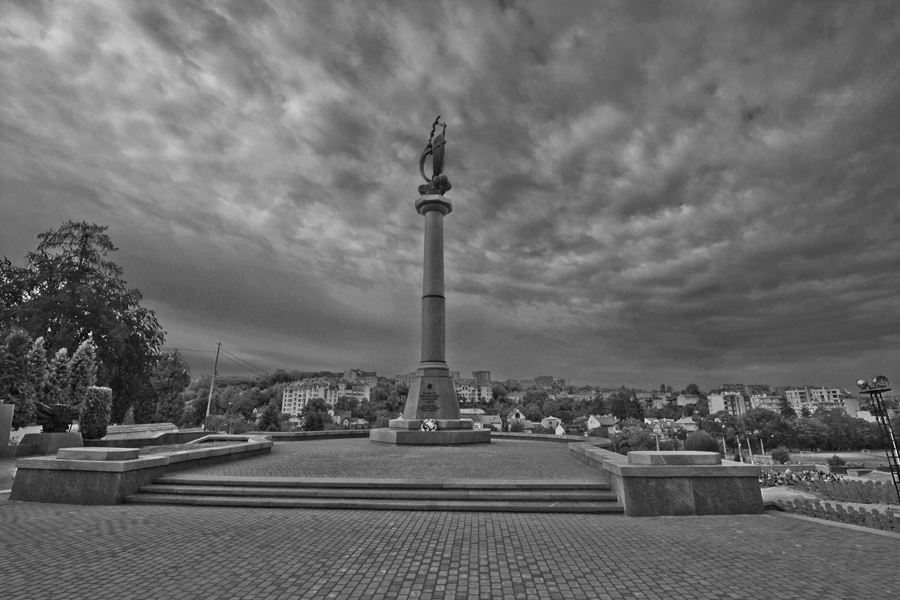 But the most beautiful thing is that, regardless of the differences in the perception of history, this cemetery is the burial ground for all city’s defenders – Polish and Ukrainians. As a matter of fact these two nations had something in common – they defended their homeland and their city. 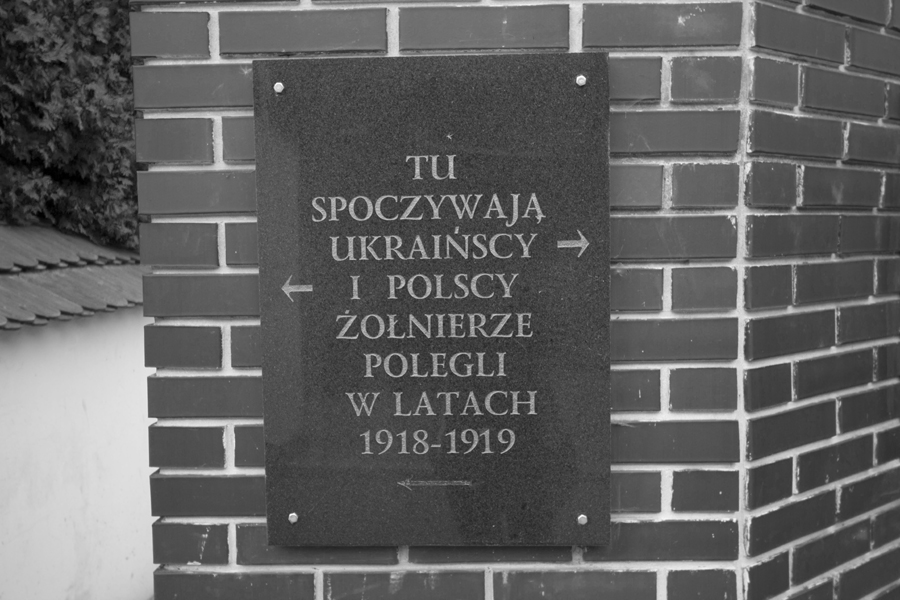