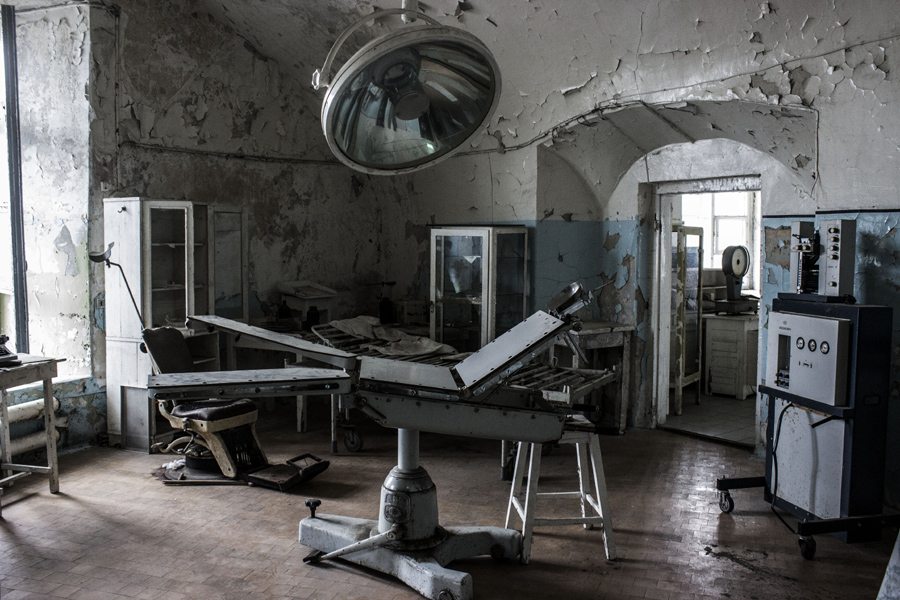 Tallinn connotes mainly with a magical atmosphere of medieval town, surrounded by fortified towers and beautiful pastel townhouses. However our connotation of this city differs significantly from this picture. Our memories refer predominantly to barbed wires, dark corridors and hair – raising operating theatres/rooms of gloomy Patarei prison. 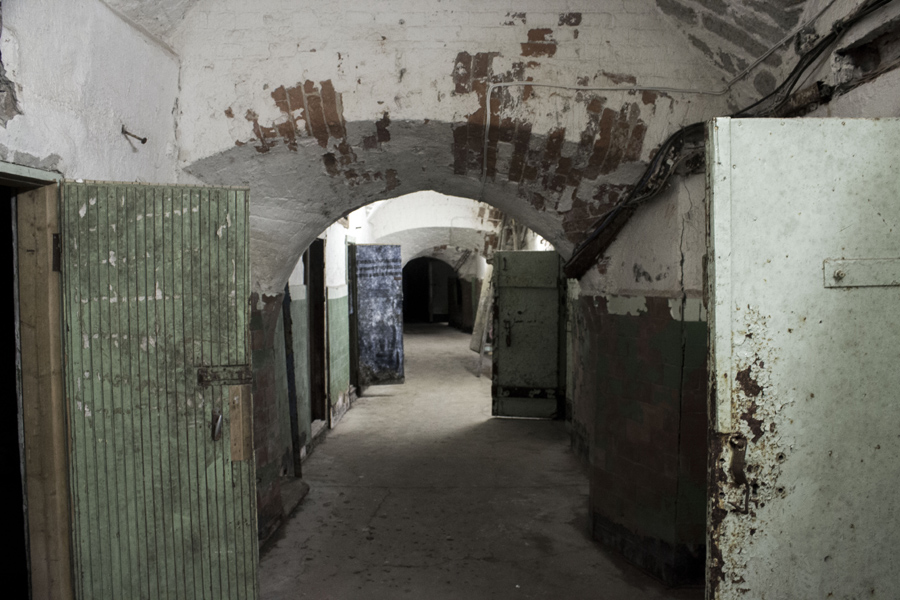 This place hides nearly 200 years of Estonian history. It was built in 19th century as a fortress to protect harbor in Tallinn. In 1920 it was changed for a prison. 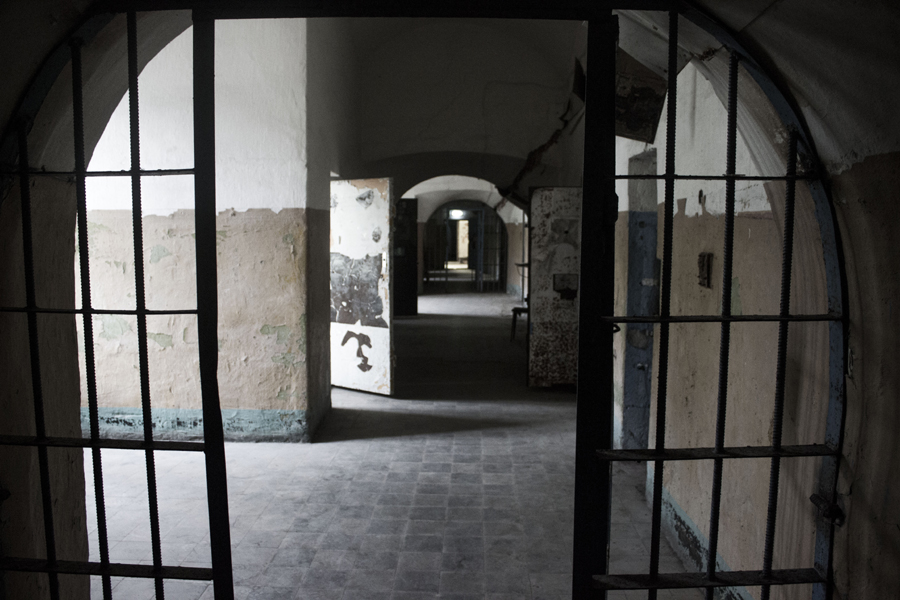 During WWII, POWs were incarcerated here. After war it was used by KGB. It’s estimated that in peak time, more than 1000 prisoners were held in this prison. According to the information on Patarei site, however odd it sounds, the Culture Park was established here in 2007. 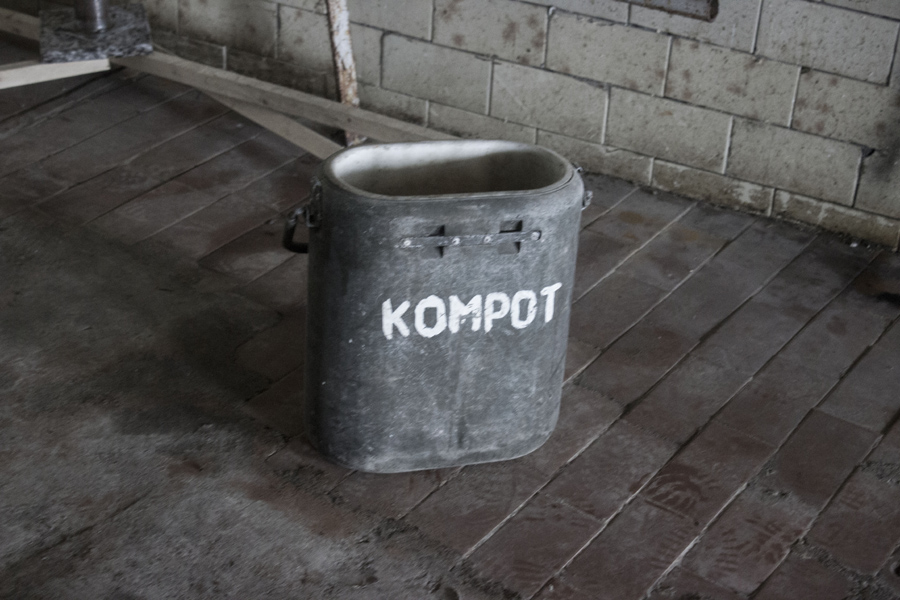 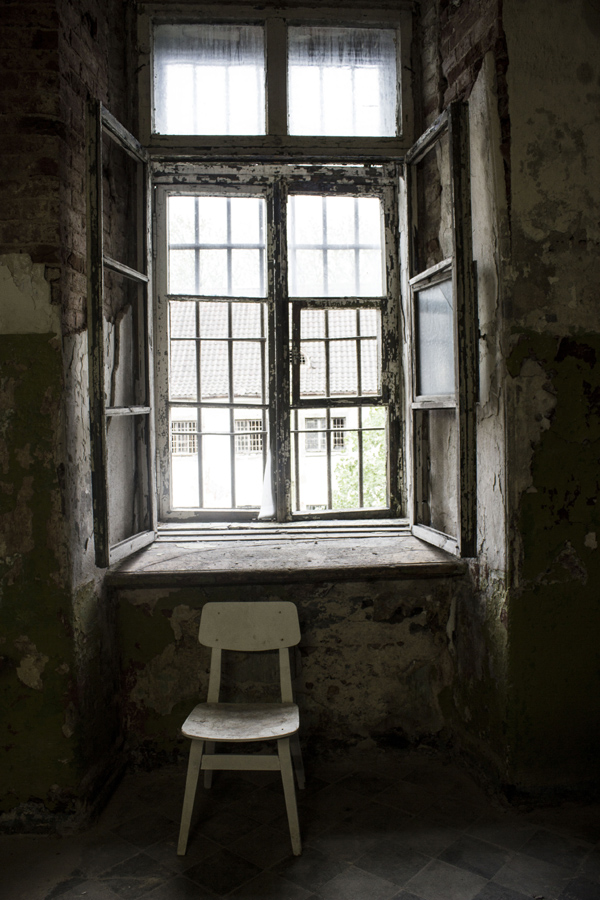 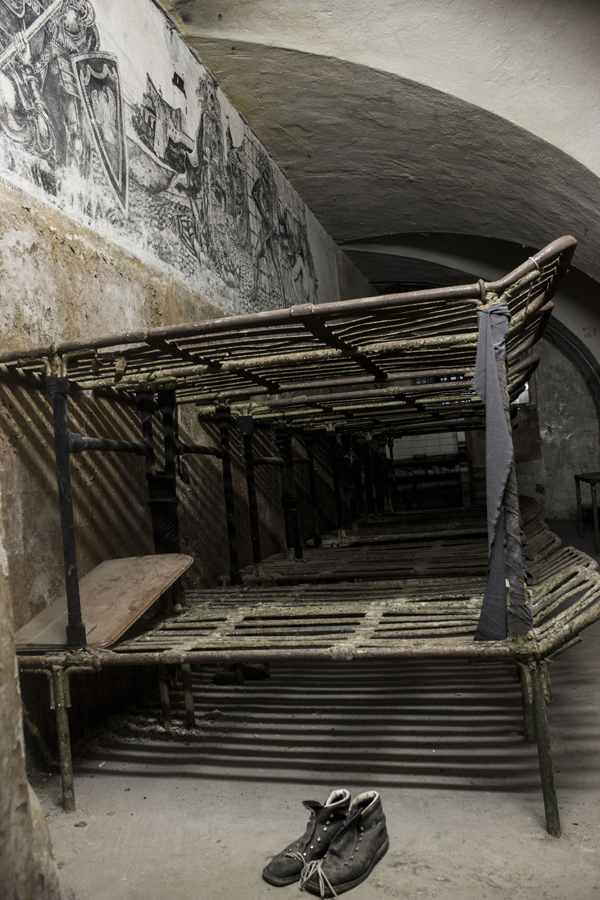 Patarei is so frightening during a day that we can’t imagine how it looks after dusk. It’s seemed that building was abandoned hastily. In cells you can see clothes, vessels and scattered shoes. In several rooms you can find some left letters pinned to the walls or bloodstained bed linens. 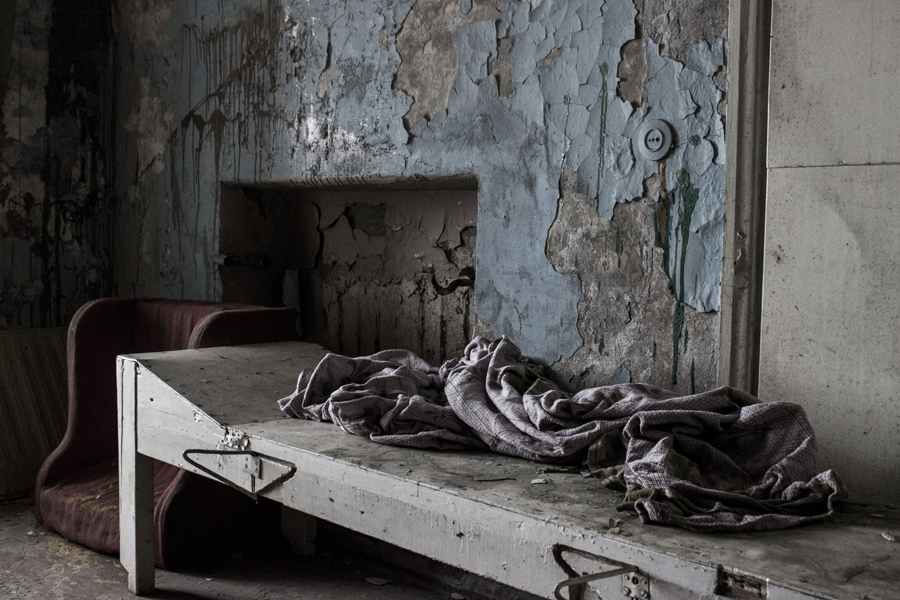 There’re also offices with typewriters and phones or library with numerous dusty books. 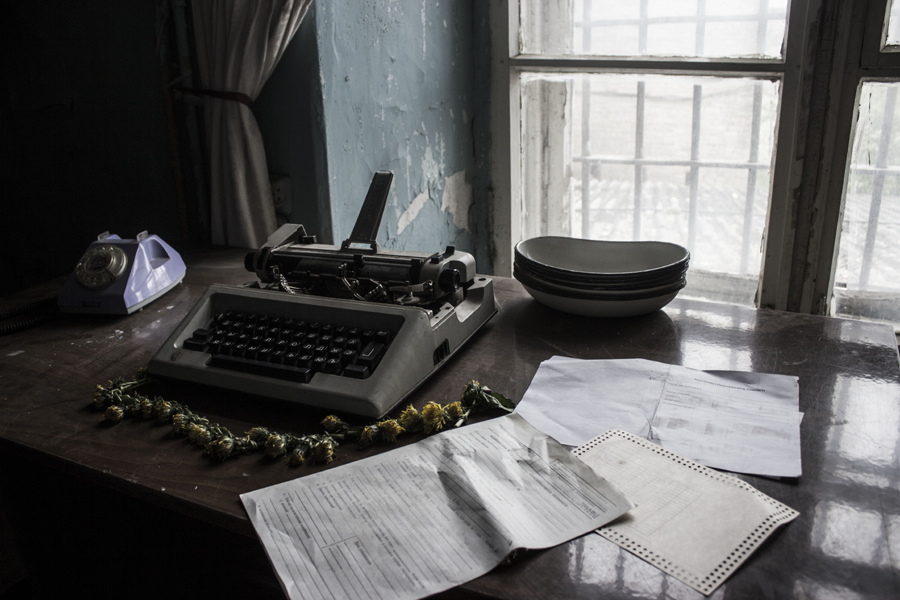 In bathrooms are damaged showers and rusty washbasins. 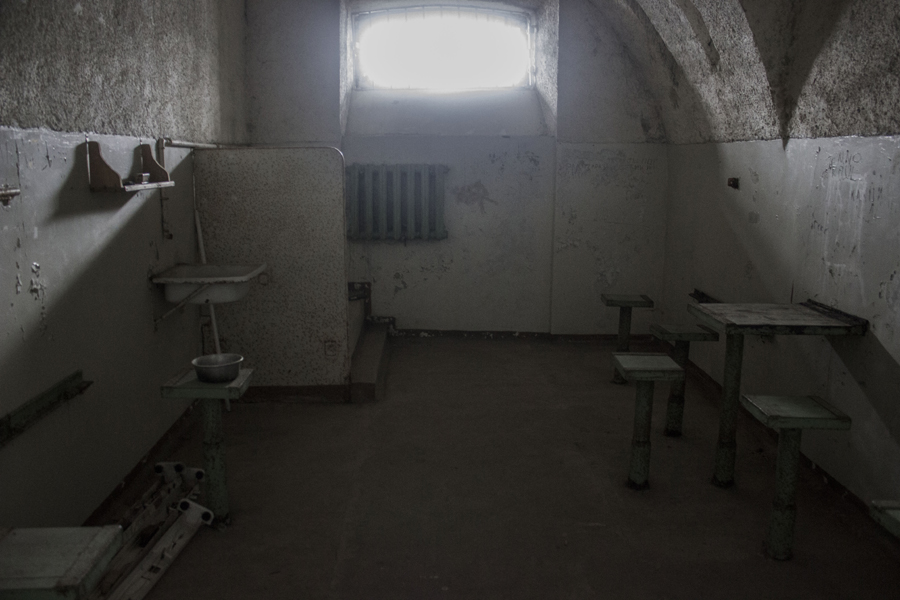 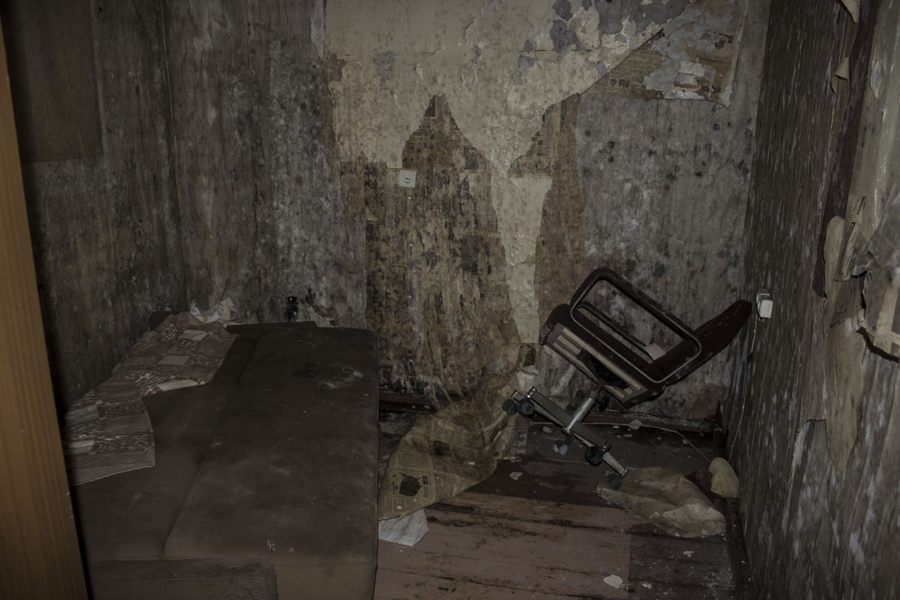 In the light of torch one can spot red walls and floor, imagination implies what happened there. Probably people were shot or hung there. Two operating theatres/rooms are terrible as well. In the center, there’s an operating table and big lamps.

In cabinets you can see bandages and various phials and vessels filled with strange substances. 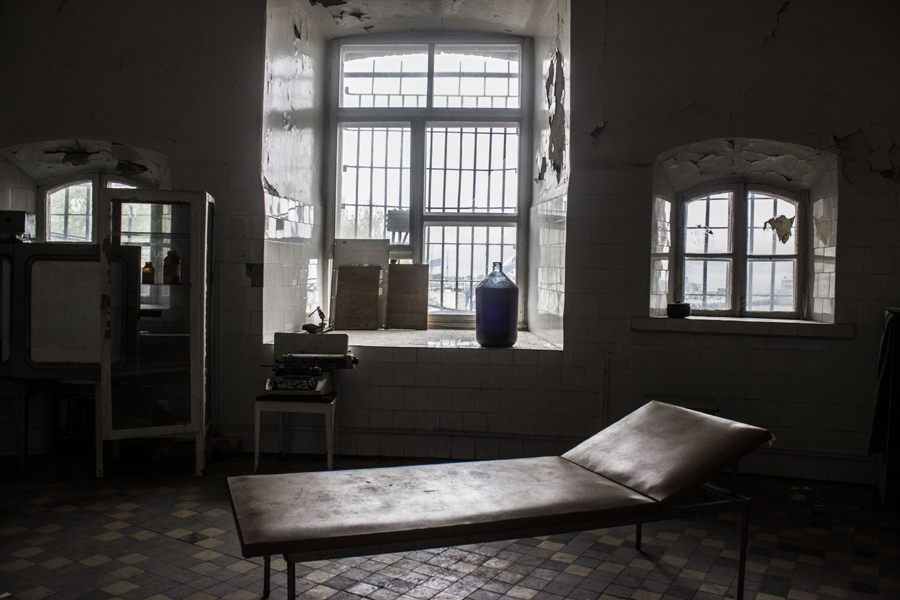 There’s also a medical equipment with numerous tubes and knobs. 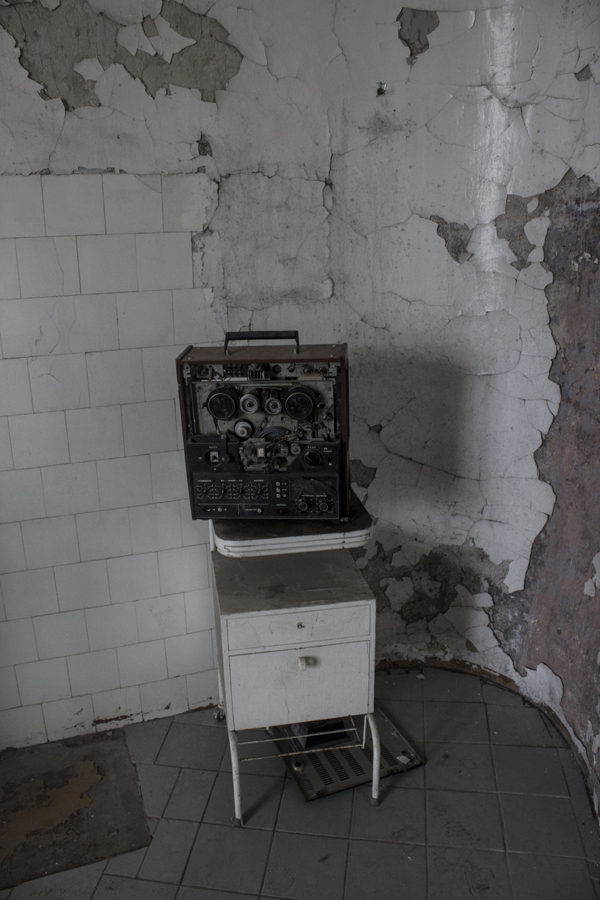 During sightseeing one question came to our minds. What was the purpose of this place? Was it really used only used to save people’s lives? 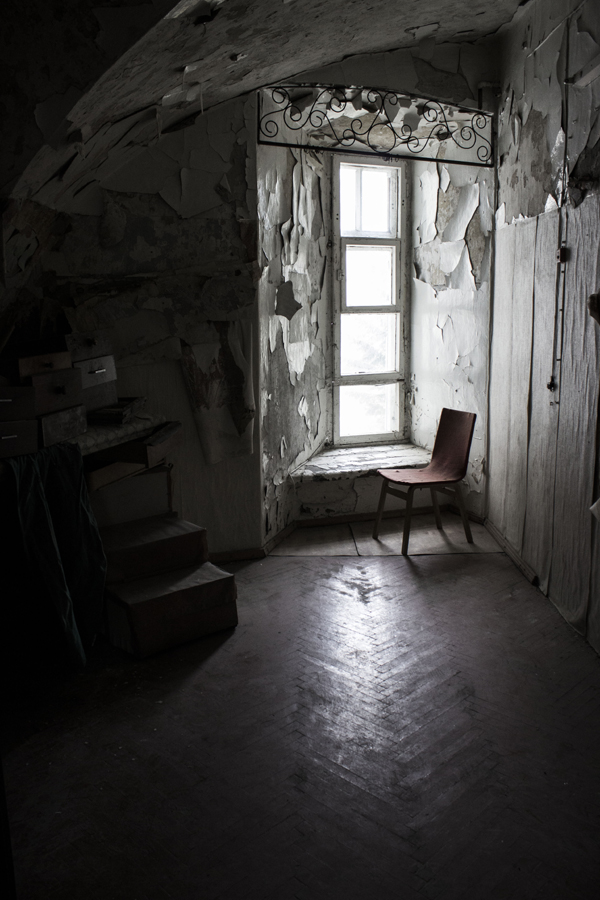 All this prison is so meaningful that the lack of additional information is unnecessary. The atmosphere and terrible feelings tell its story. 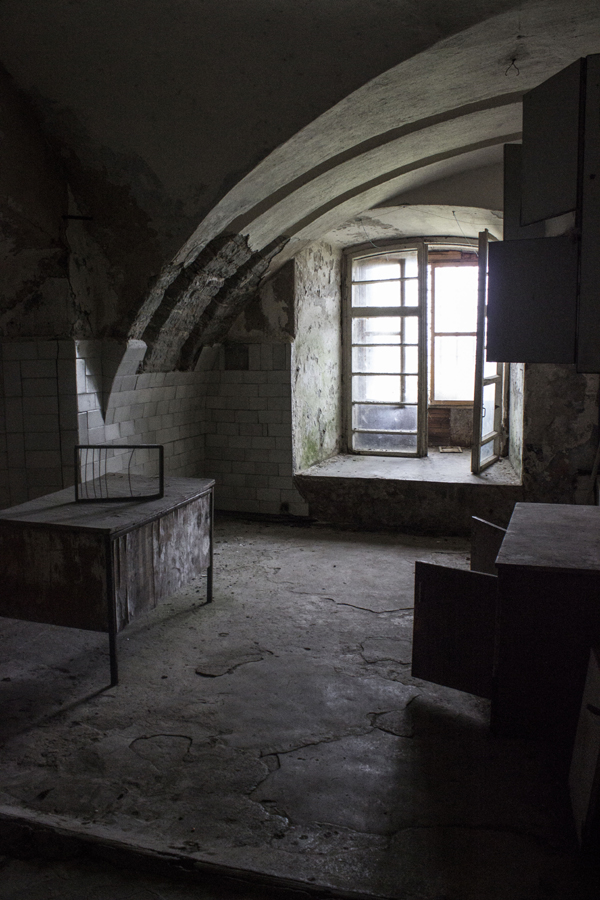 Patarei prison is located at the Kalaranna 2 or Kalaranna 2a, around 15-20 minute walk from the Tallinn Old Town, near to the Seaplane Harbor. You can use tram no. 1 or 2 or bus no. 3 from the city center. Get off at the stop – Linnahall and walk around 1 km along so called Culture Kilometer walking trail. Here’s the map.

Admission costs 3 € (for students – 2€). Individual sightseeing is possible from May to September between 12 pm and 7 pm (last entrance 6.15 pm). During the rest of the year it can be visited only with a guided tour. One-hour sightseeing in English costs 8 € (student ticket 6€) and in Estonian 7€ (student ticket 5€). Details you can find on the Patarei site.