When I booked a flight for a month’s stay in Hawaii I didn’t have even an American Visa, let alone a travel plan, but I had one pleace on my must-see list, it was Pearl Harbor. As I wrote before, Hawaii islands aren’t cheap, so also the tickets to this famous base are expensive. Passport to Pearl Harbor – a ticket to explore all places costs $72, but in my opinion, this place is really worth every given buck. 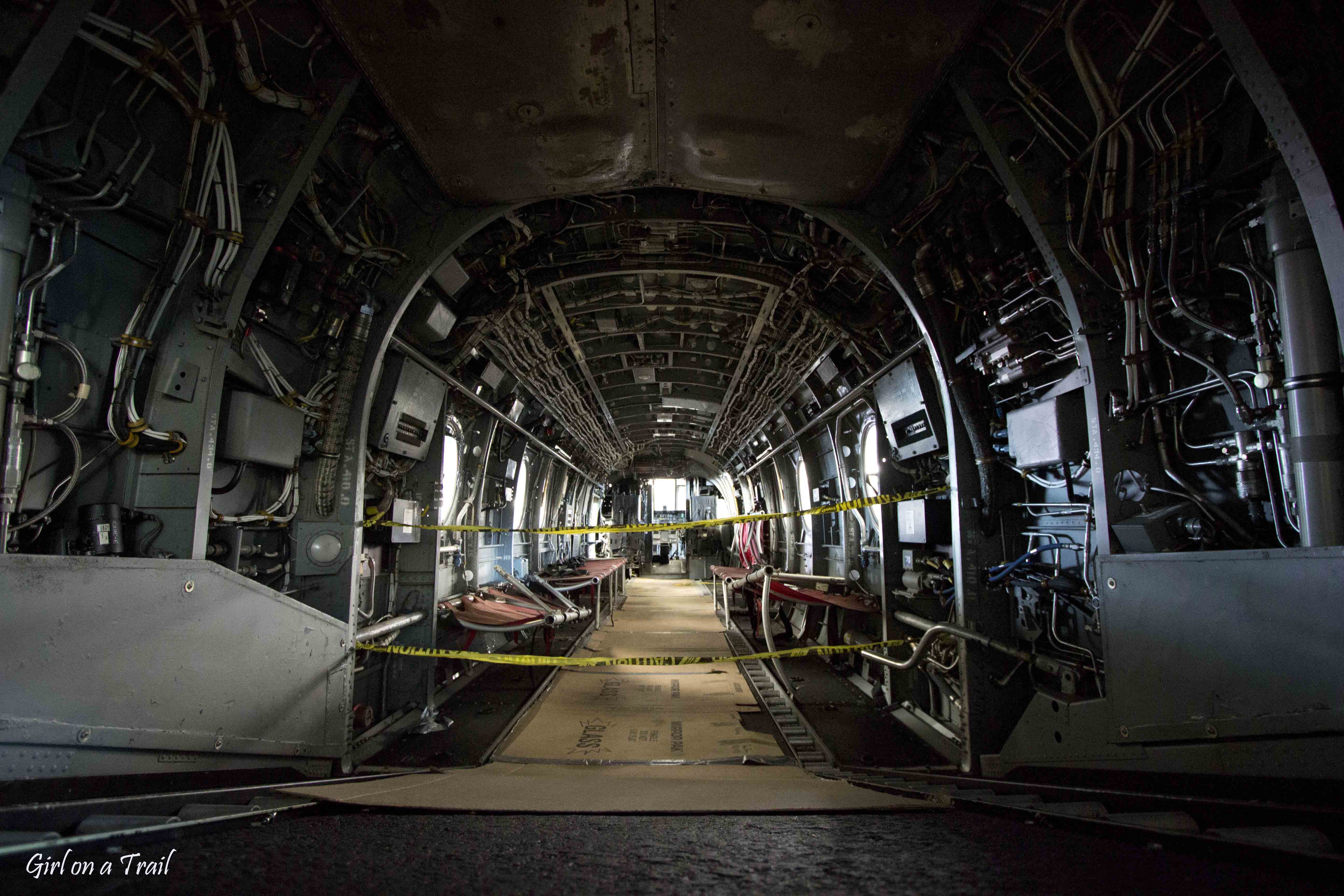 Pearl Harbor is located on the Hawaiian Islands, in Pearl City which is close to the famous Honolulu. The name Pearl Harbor itself derives from the original Hawaiian name – Wai Momi, which means “Water Pearl”. The waters of the present Pearl Harbor, were once abundant in oysters producing pearls. Since 1912 this is one of the most important American naval  and air bases. The construction of the base began in 1901, and after numerous investments consisting of deepening the port, in 1934 it was able to accommodate the entire American Pacific Fleet, apart from the biggest aircraft carriers. 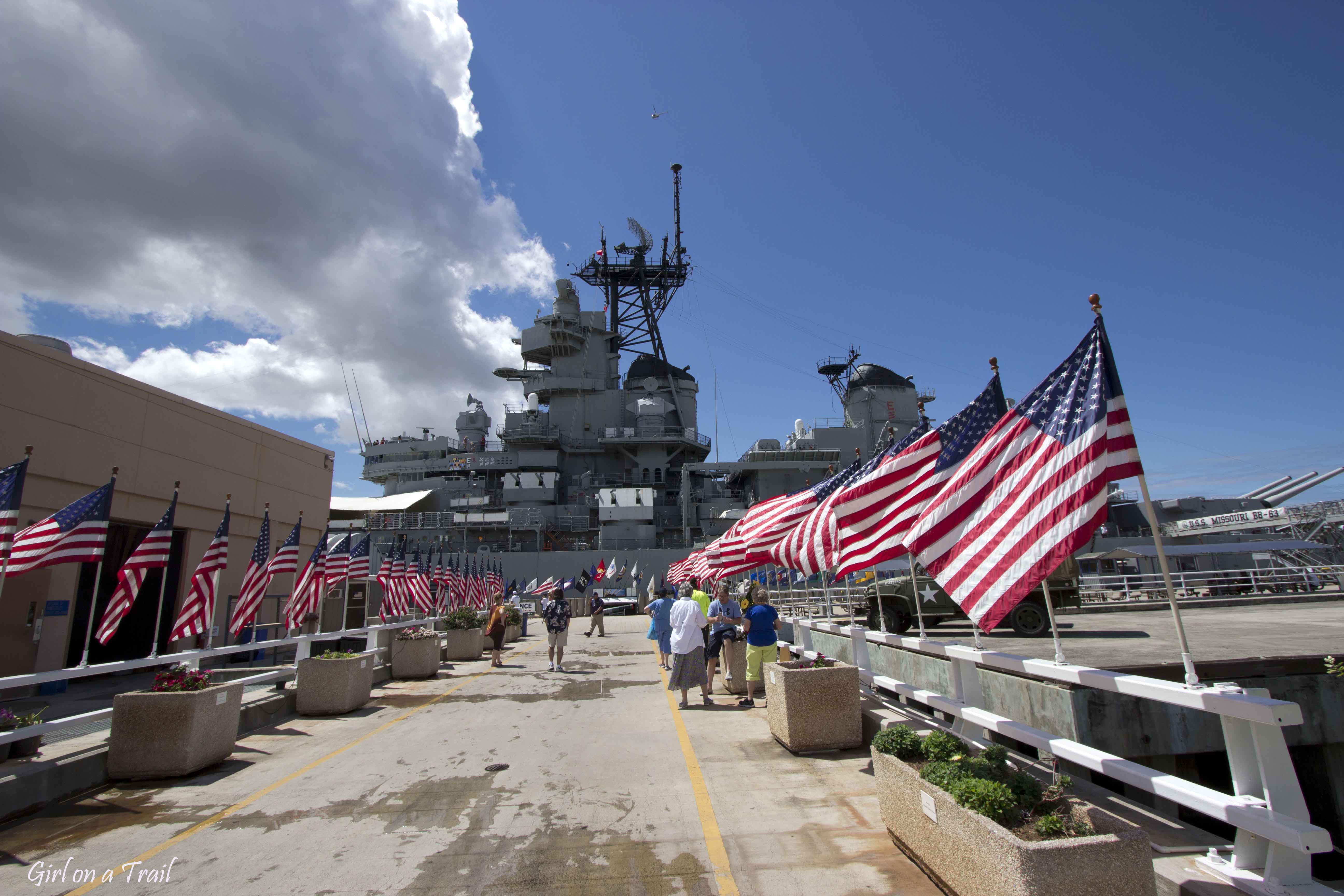 I won’t write in detail about the historical background and the attack, as this information is available, but I’ll just present the most important facts.

– The strategic position of Hawaii, halfway between the USA and Japan had an impact on Japan’s decision to attack Pearl Harbor on 7th December 1941. Japanese target was to stop the United States from military actions in the Southeast Asia. 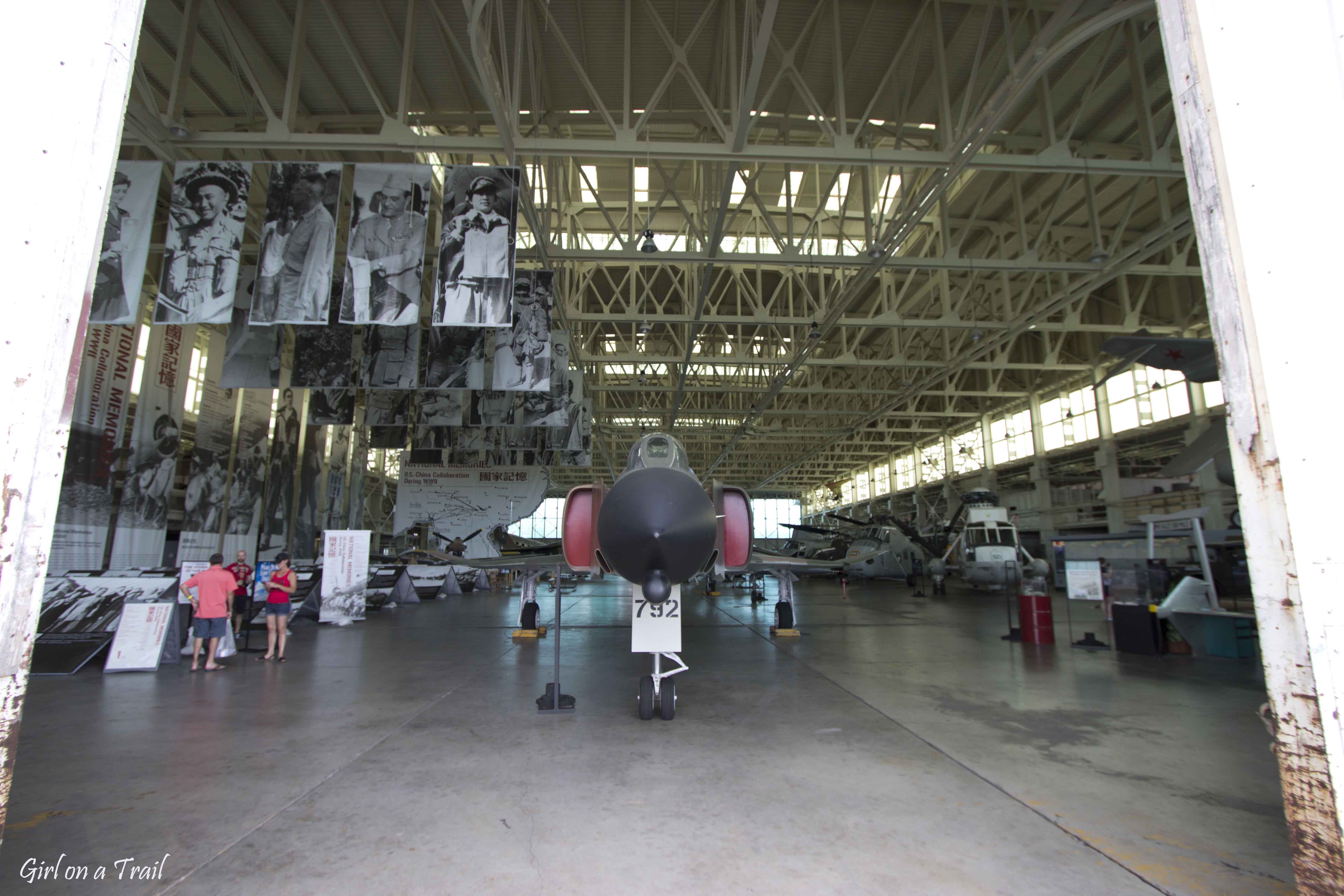 – Japanese attack on Pearl Harbor can basically be considered as a turning point in World War II, as the result of it, United States joined the war.

– The attack started at 7.55 a.m. and lasted less than two hours. It was supposed to consist of 3 raids, but there were only two. The third phase of the attack was to destroy the entire port infrastructure and fuel tanks, the implementation of this plan, would certainly have excluded Pearl Harbor from service for a very long time. 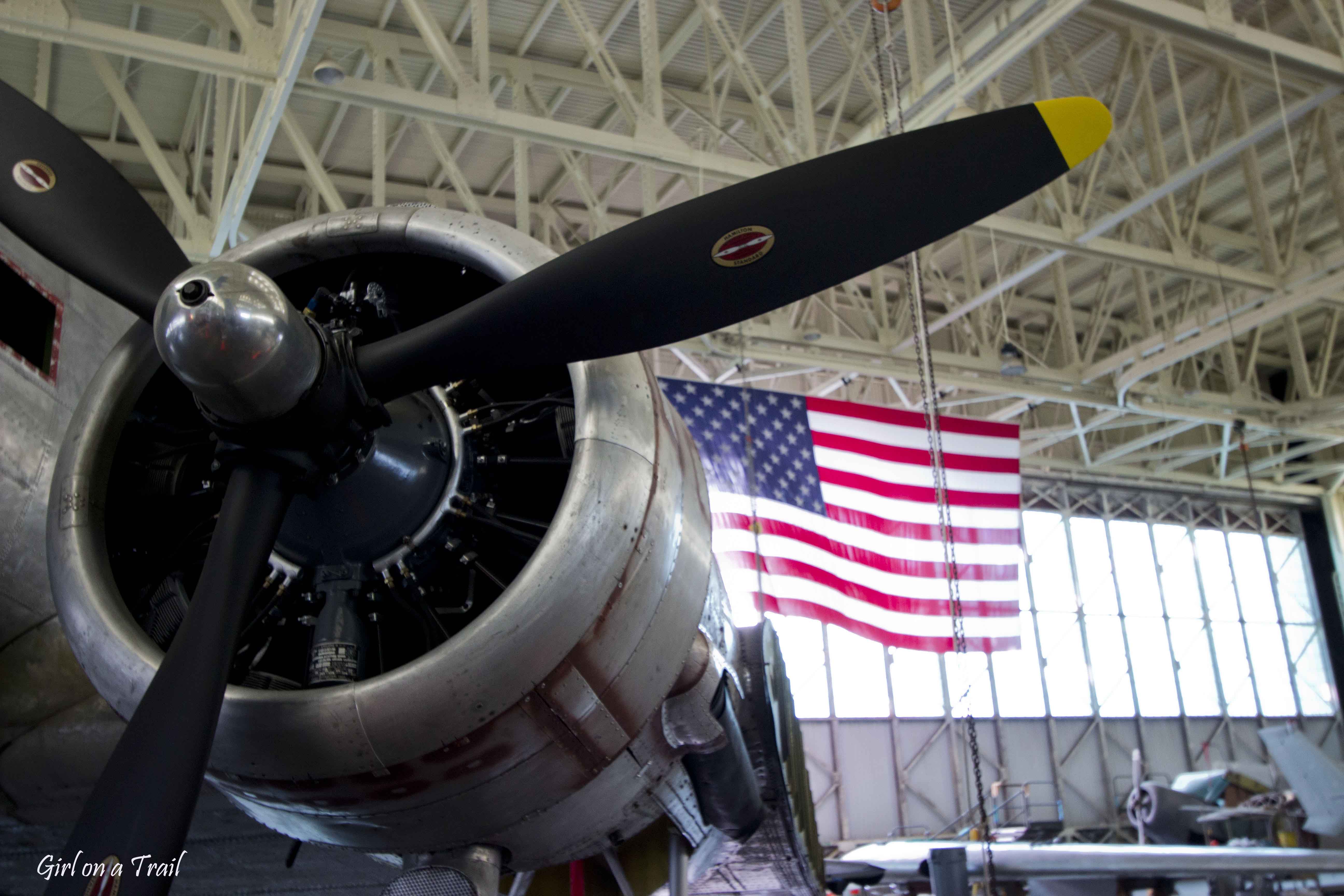 – The entire operation hadn’t been preceded by a declaration of war by Japan, and it was a huge surprise for soldiers stationed at the base who were completely unprepared for such attack. 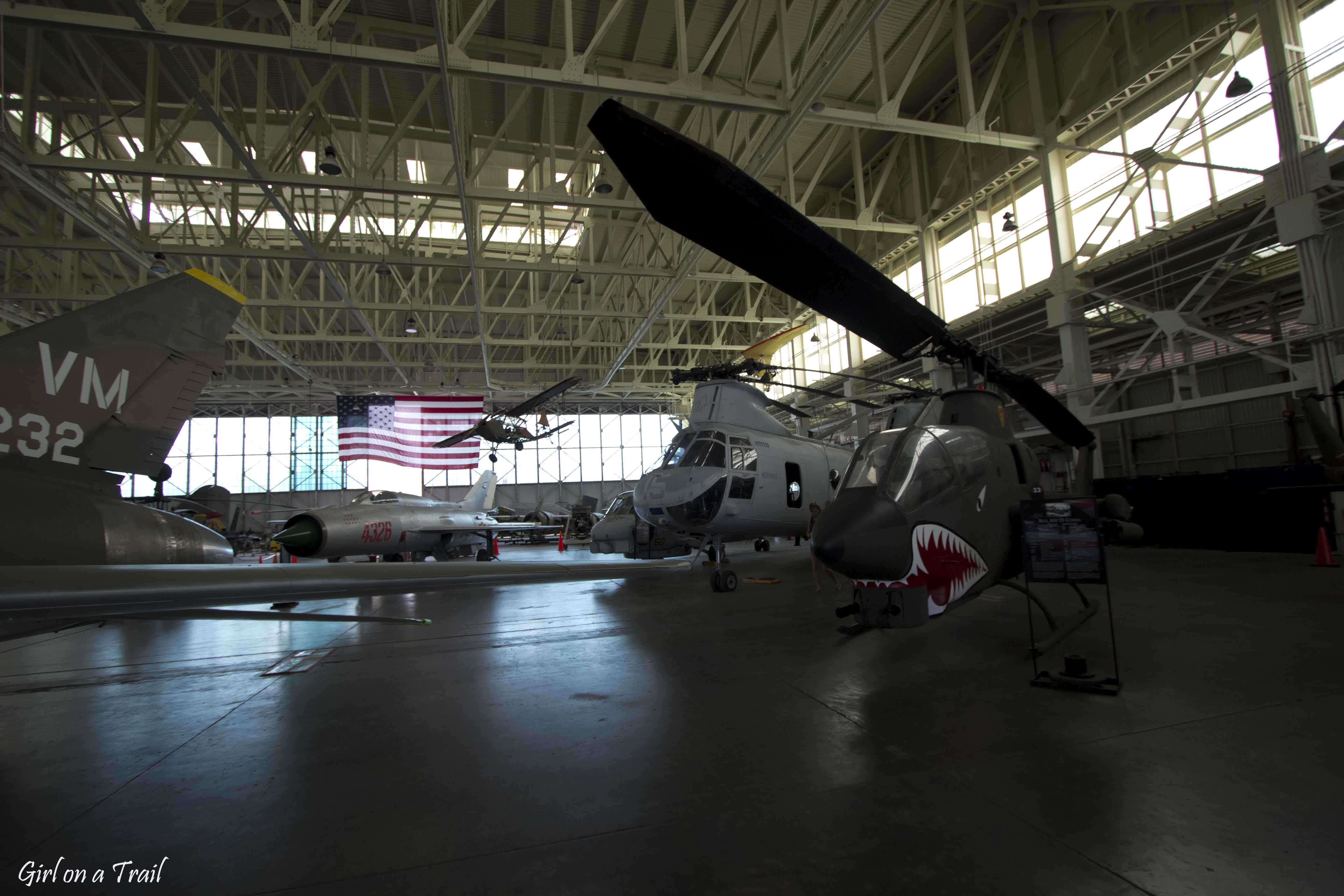 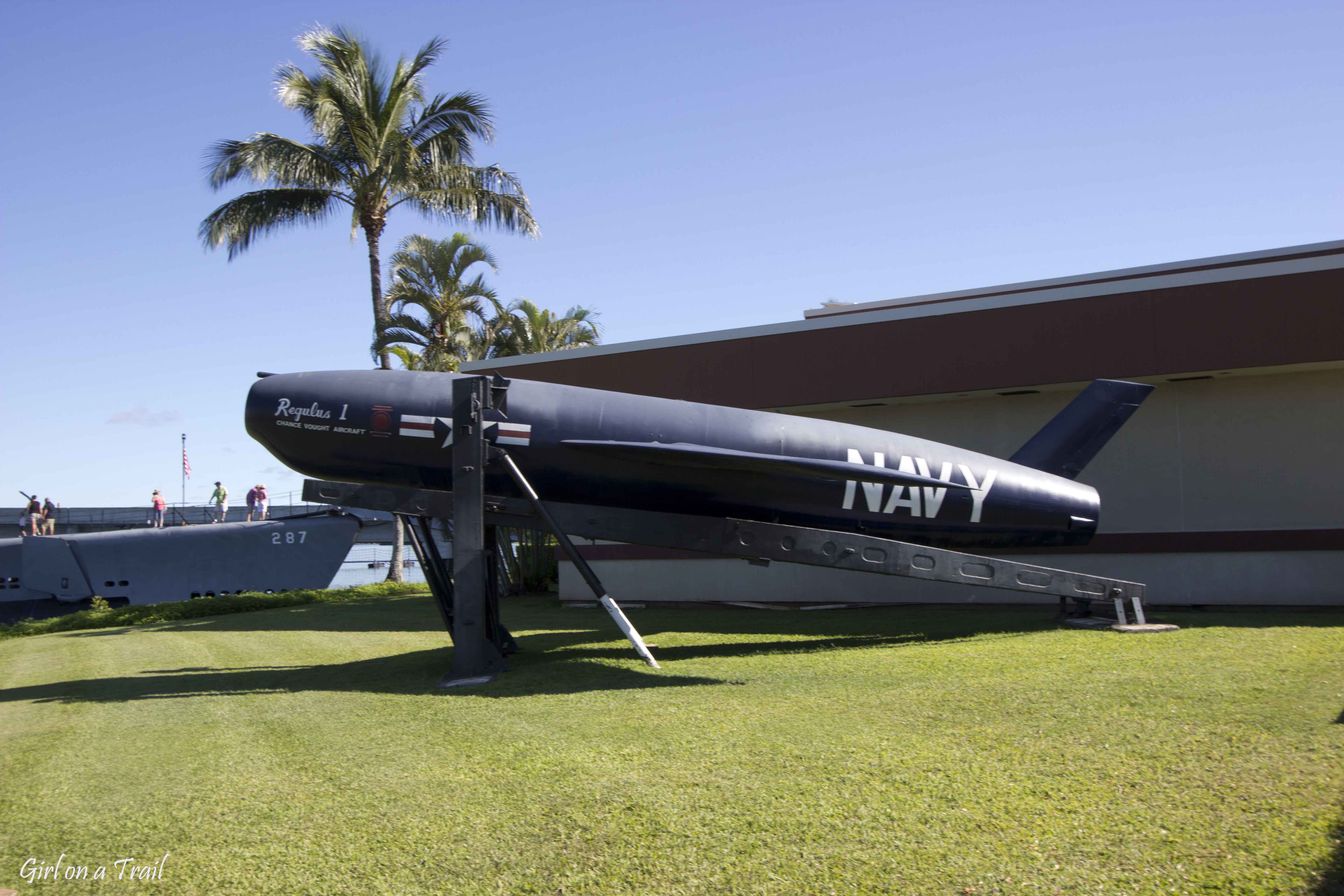 – Despite massive losses in the base equipment, Japanese forces didn’t realised the main target of the attack – destruction of aircraft carriers that were not in the base that day. It was a huge mistake because, as it turned out during the Pacific War, it was mostly aviation that played a key role, not the navy. In addition, most of the destroyed battleships, with the exception of two: USS Arizona and the USS Oklahoma, have been repaired and returned to service.

– The raid on Pearl Harbor started a war in the Pacific and turned the United States into World War II. 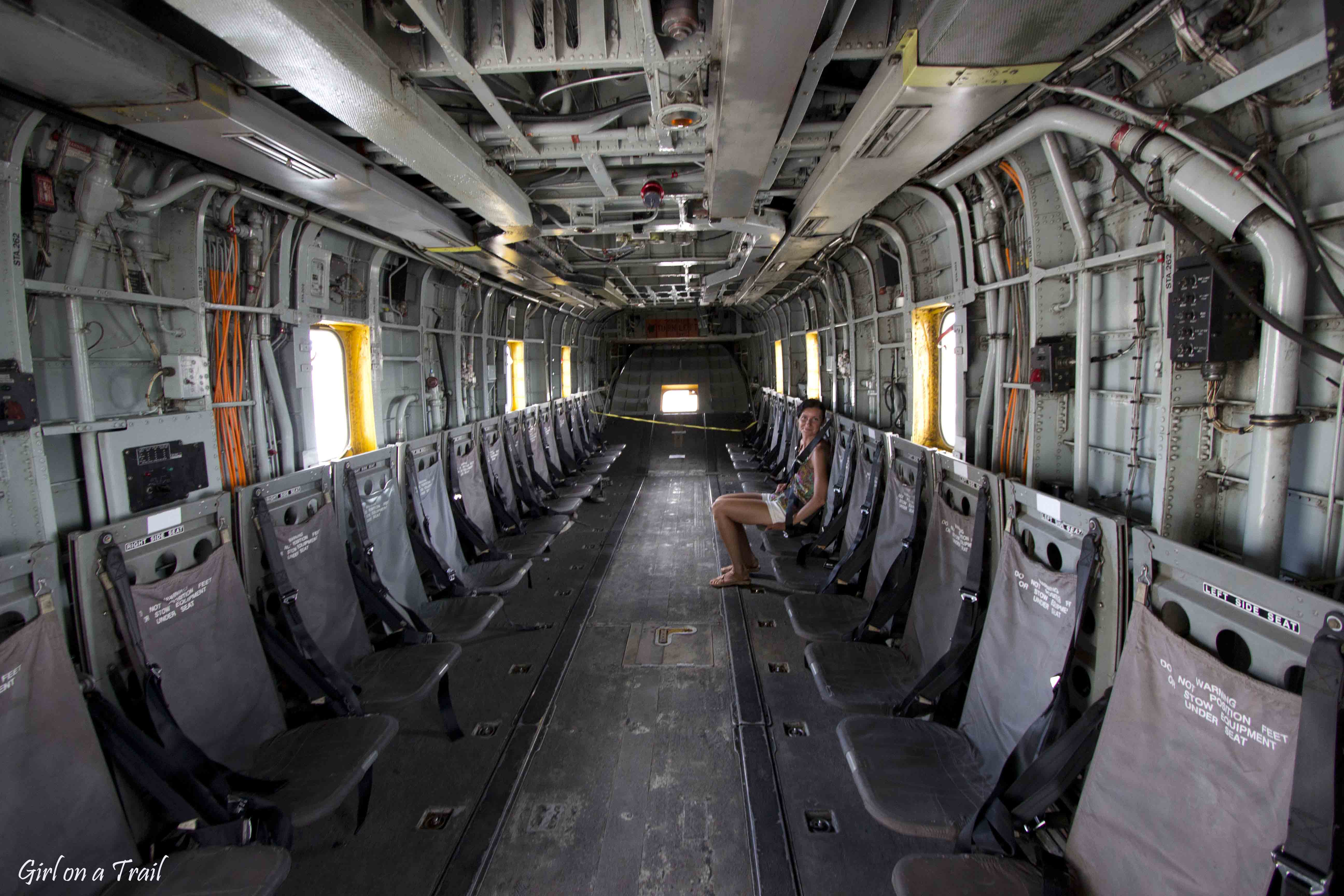 More importantly, Pearl Harbor is one of the largest American naval bases today. The most important point of the base / museum is Arizona Memorial is a building located just above the sunken shipwreck of the USS Arizona. As a result of the attack, more than 1100 sailors were killed on this ship, so almost half of all the victims of Pearl Harbor. Admission to Arizona Memorial is free of charge, from the Visitor Center you can get there by boat. Unfortunately, I wasn’t able to visit this important place in Pearl Harbor, because that day one of the boats hit the bridge at Arizona Memorial, preventing safe sightseeing. However, as it turned out later, I was able to see two other things which station temporary in Pearl Harbor. 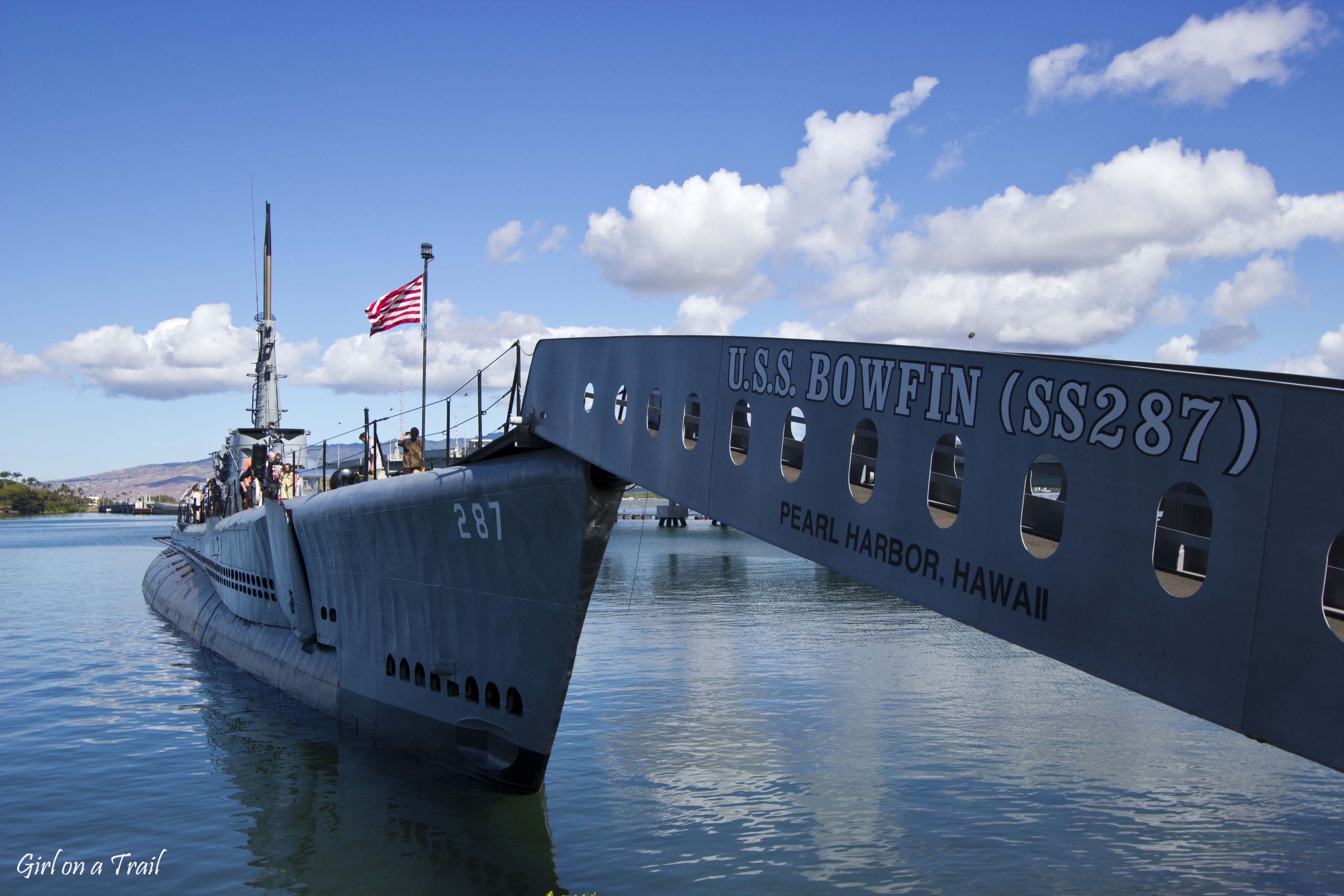 Another interesting point is the submarine USS Bowfin called also as Pearl Harbor Avenger, which can be seen inside. Next to it is the Pacific Submarine Museum, where you can see Ballistic Missile Poseidon C-3 cut in half. 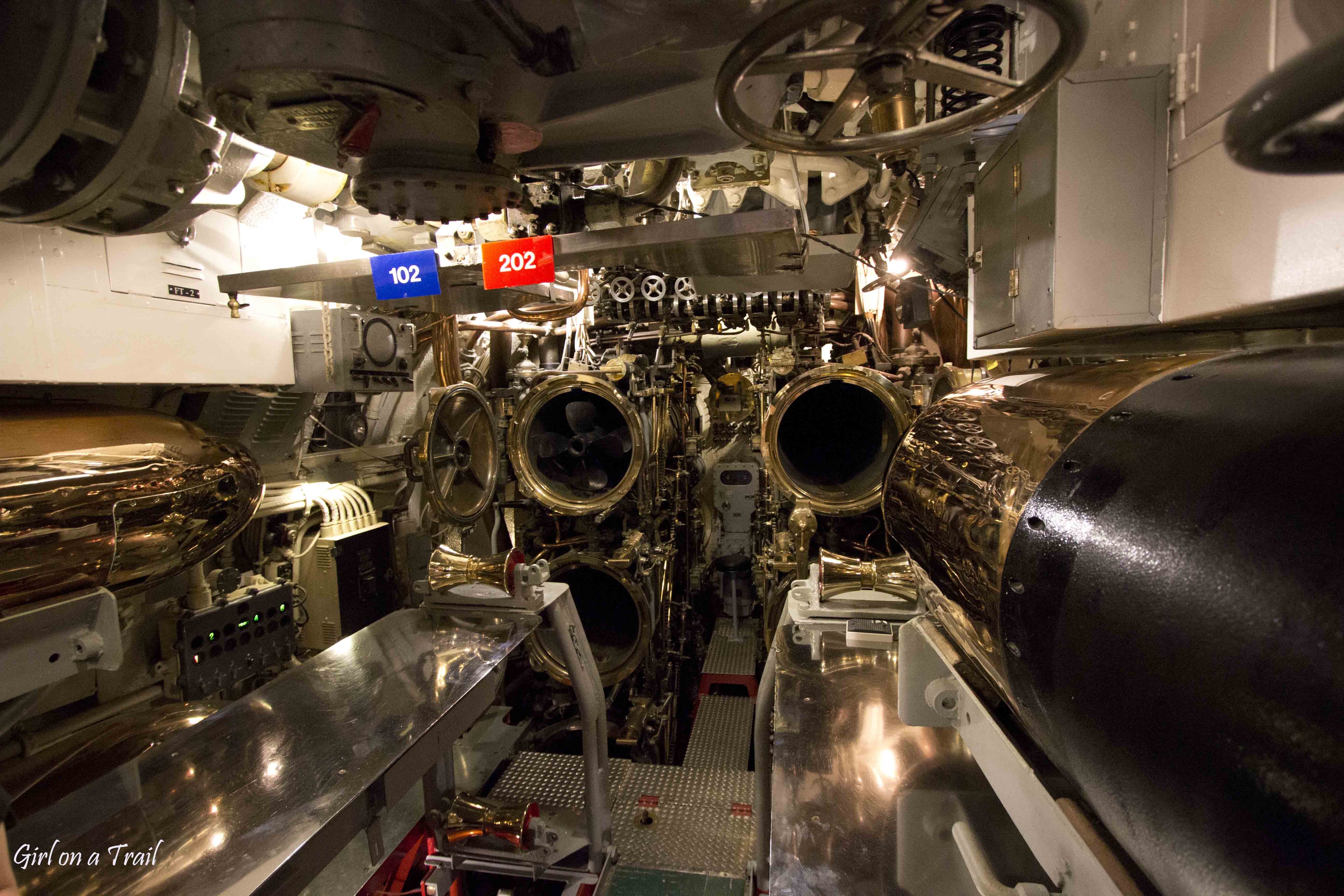 Outside the museum you can see a real Japanese kaiten – a type of live torpedo, used for suicidal attacks and also other kinds of torpedos. 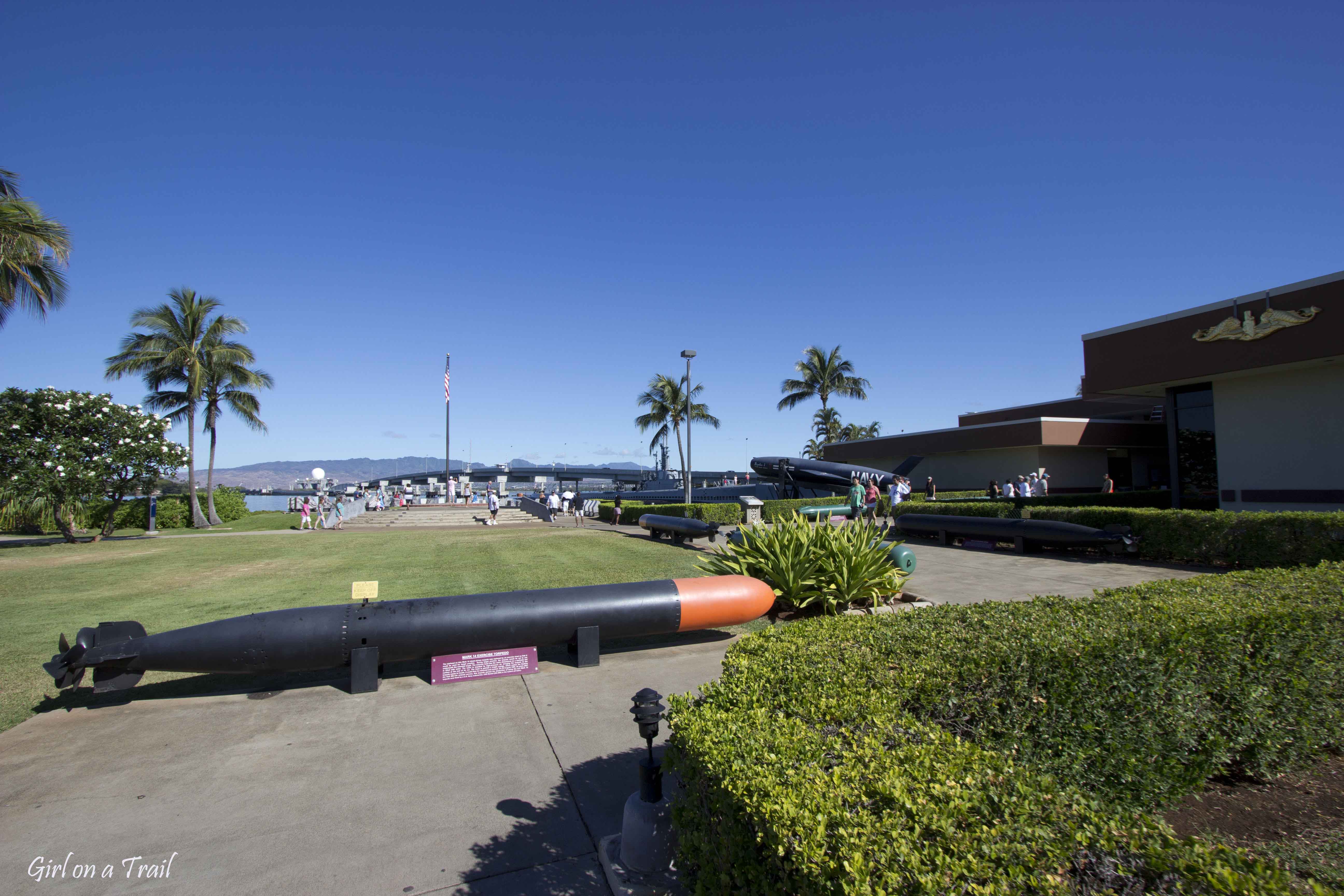 The other points are located on the Ford Island, where you can get by special bus service running every 15 minutes.

A great impression made on me the battleship USS Missouri, also called Mighty Mo or Big Mo. The Battleship is a special object in the American Navy because here on 2nd September 1945 the surrender of Japan was signed. The exact place to sign surrender can be seen while exploring the battleship. After the end of the war, the USS Missouri took part in many war operations and after the war in Persian Gulf in 1991, it was decommissioned and directed to Pearl Harbor as a ship – museum. 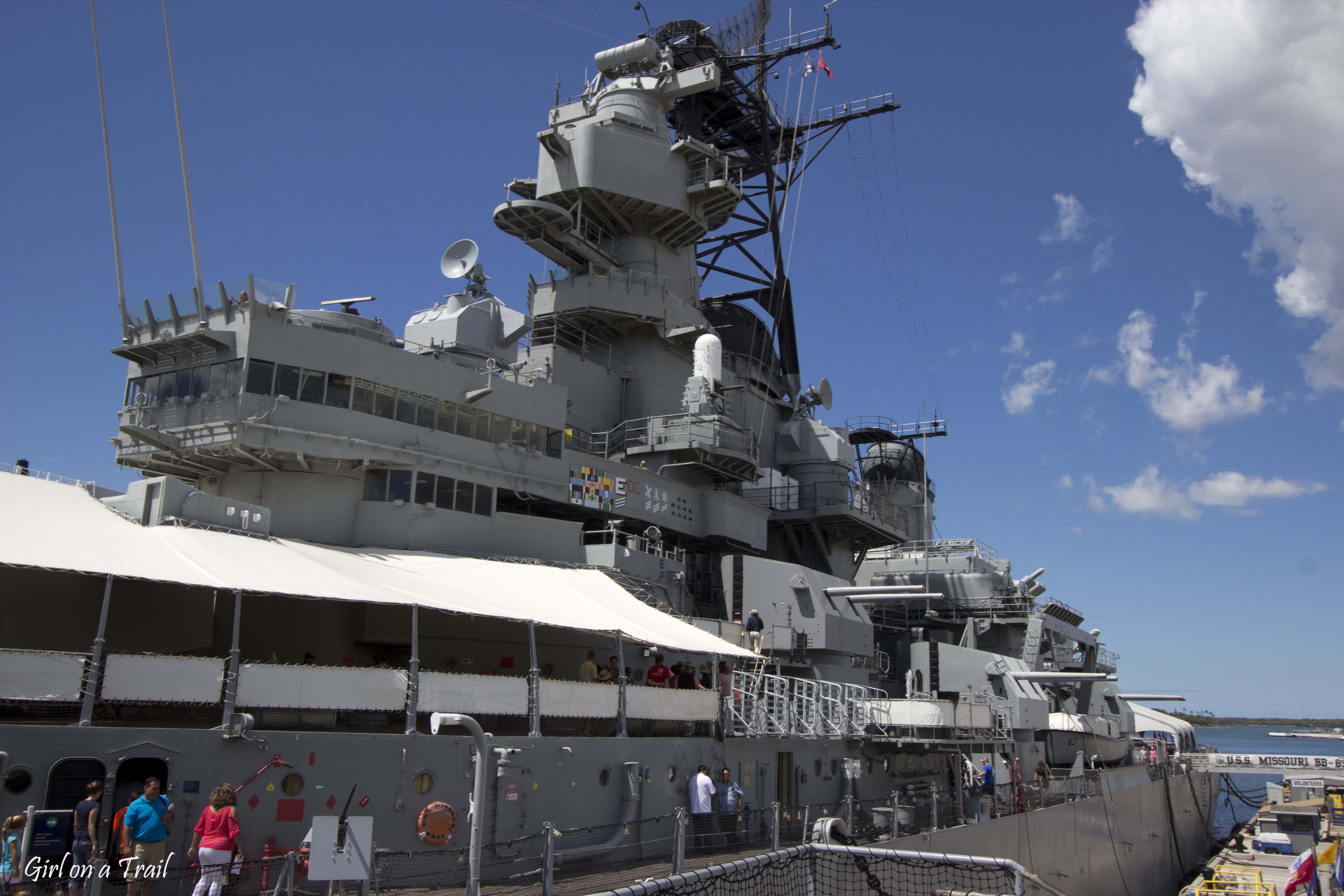 In my opinion, the most interesting place in Pearl Harbor is the Naval Air Station with a flight control tower and two hangars. High Naval Air Station can be seen as first. The first words from it on 7th December 1941 were: ” Air Raid Pearl Harbor this is no drill.” It’s worth adding that building a tower started in early 1941 and at the time of the Japanese attack, it wasn’t fully completed. 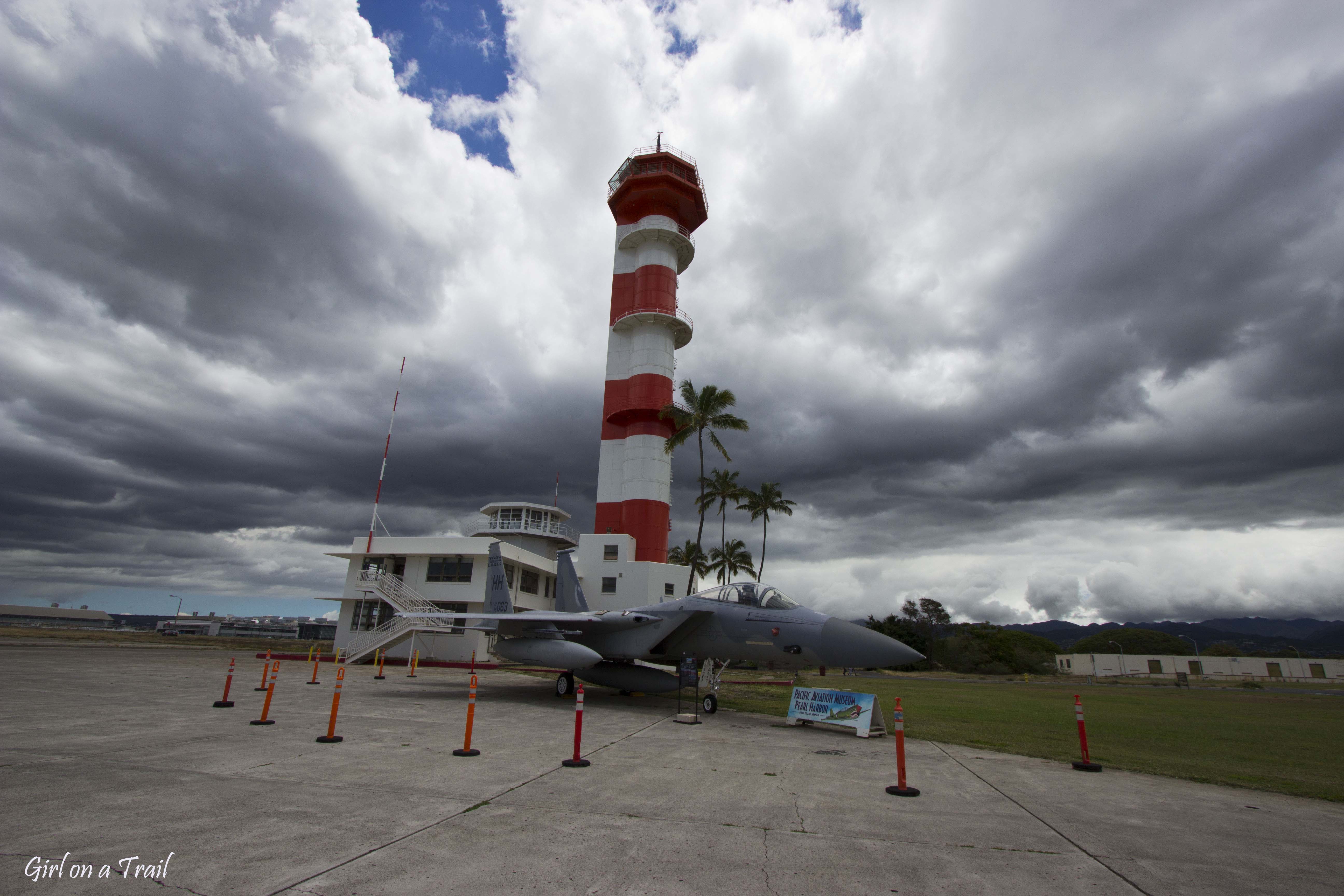 In the first hangar no. 37 you can see aircrafts from World War II with a plane called bush Bush Stearman, which was steered by senior President George H. W. Bush. 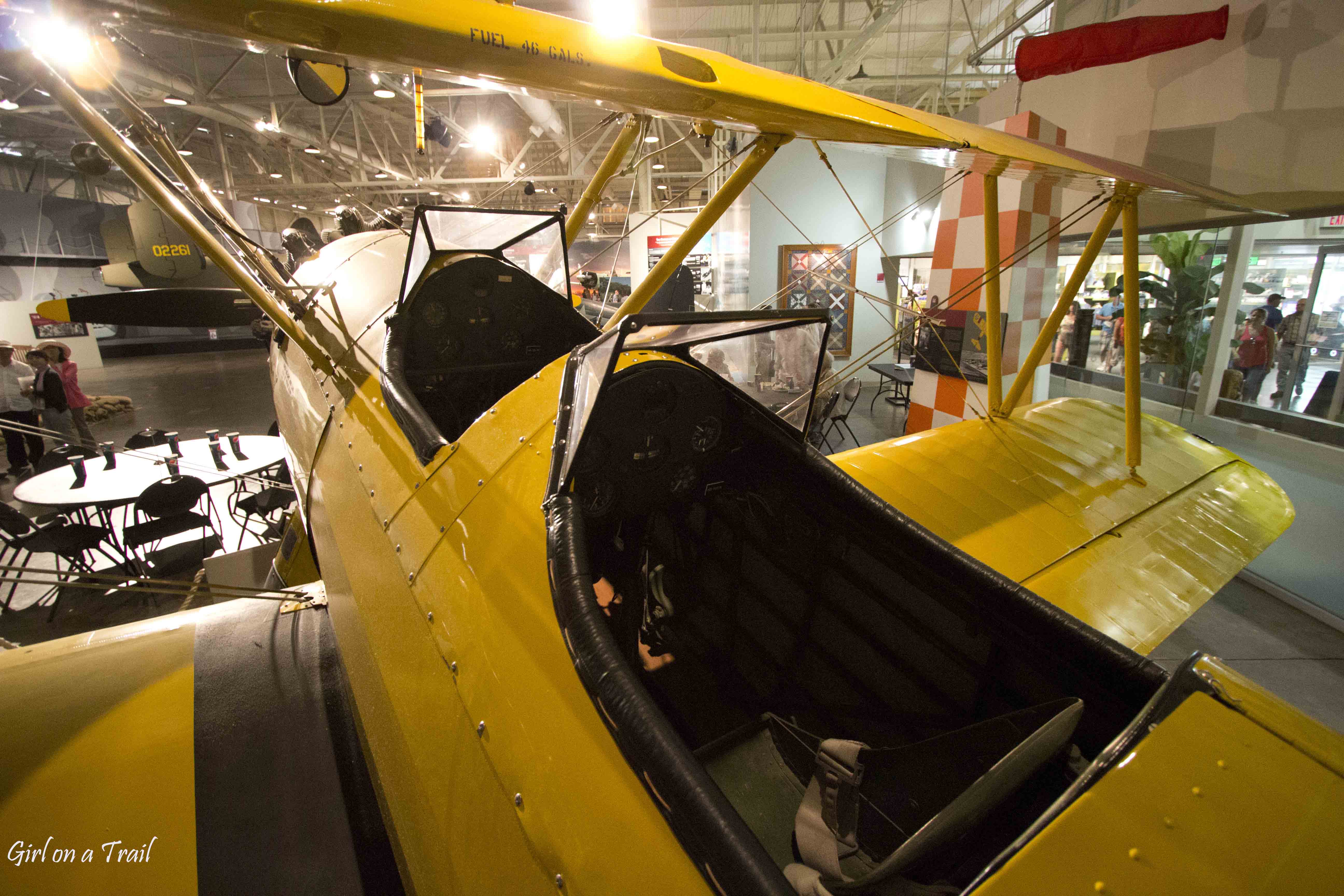 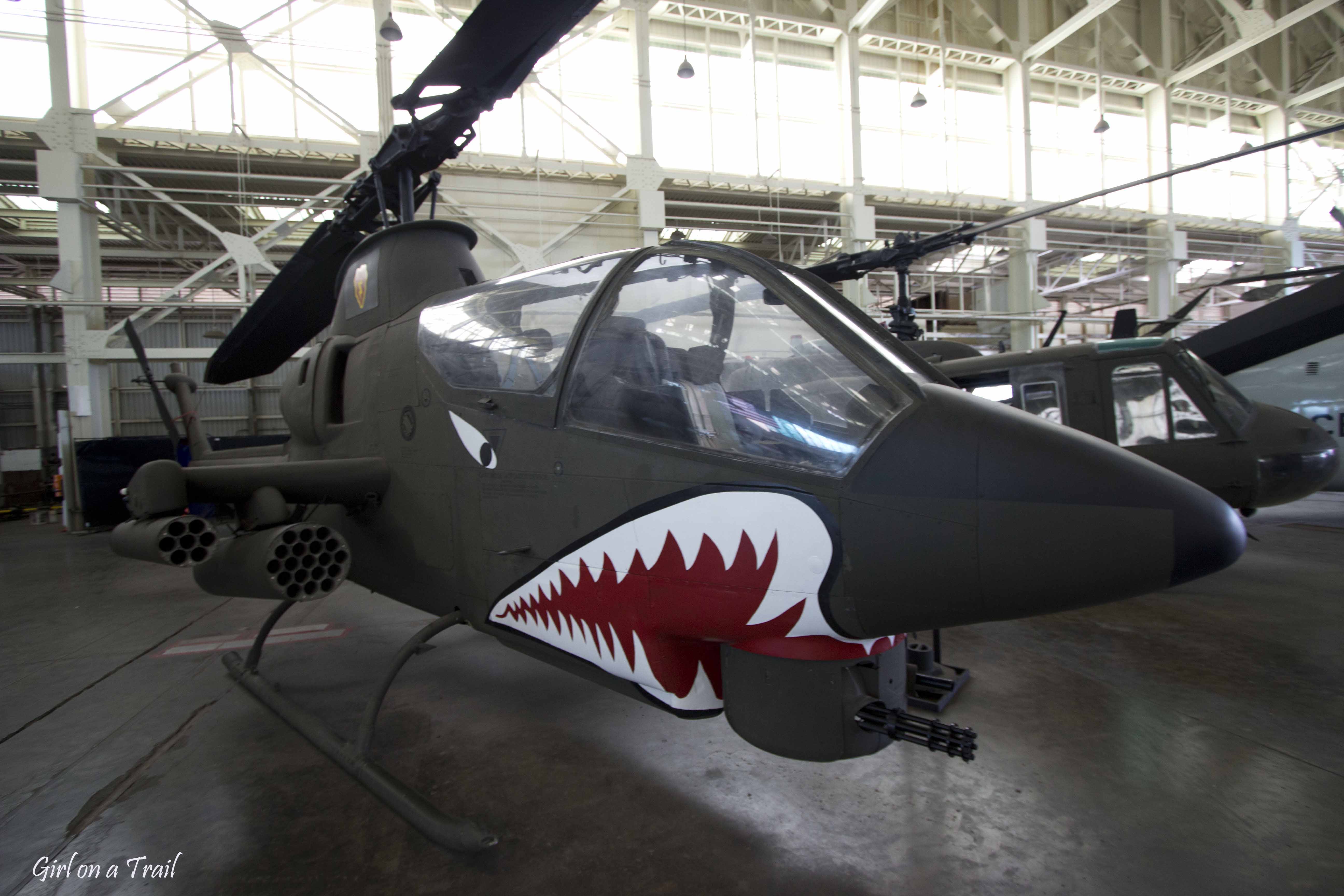 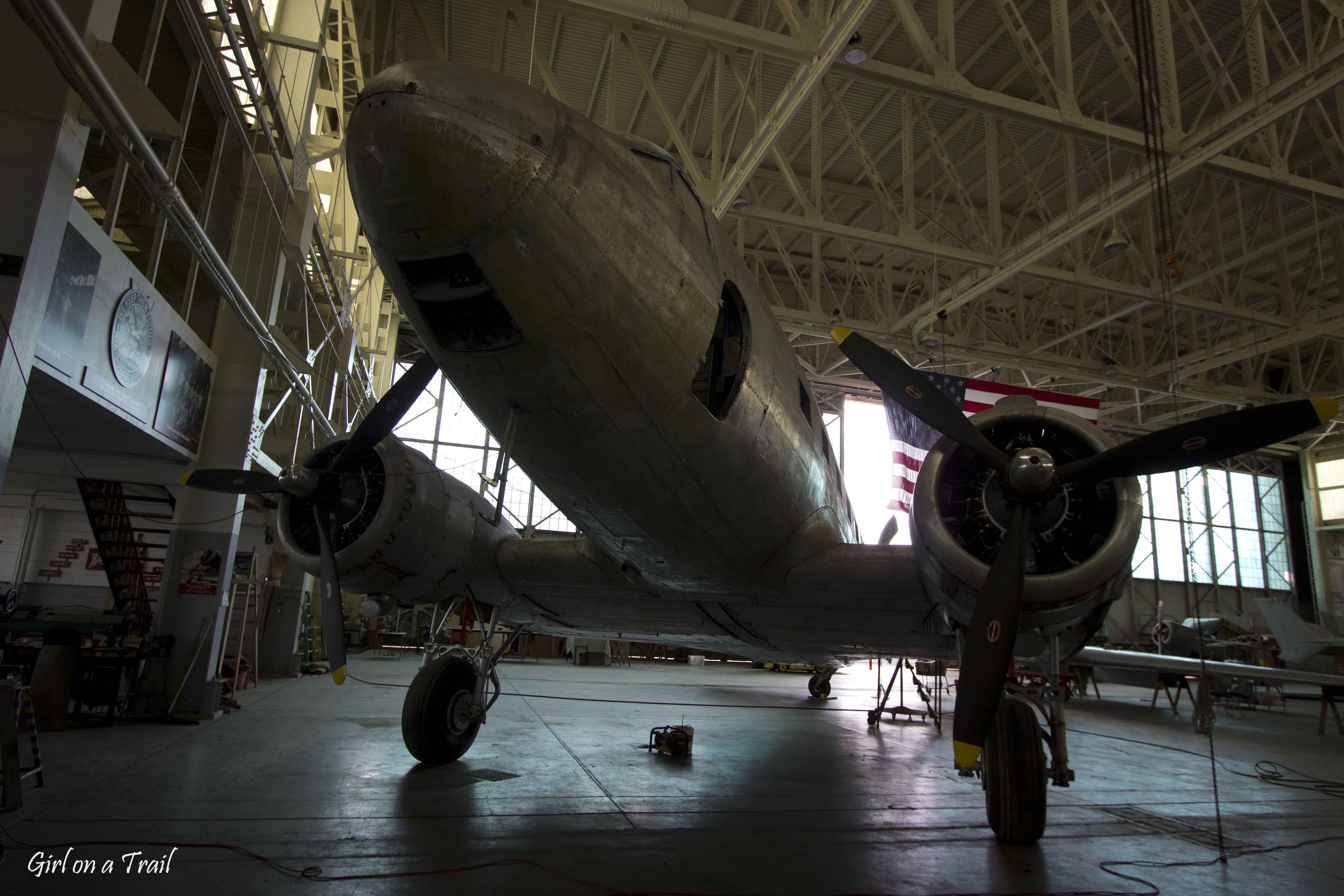 Outside there is also something for the Top Gun fans, the famous F-14 Tomcat Fighter, but also you can see here Mcdonnell Douglas F-15 Eagle, Soviet Mig-15 or P-40 Warhawk. 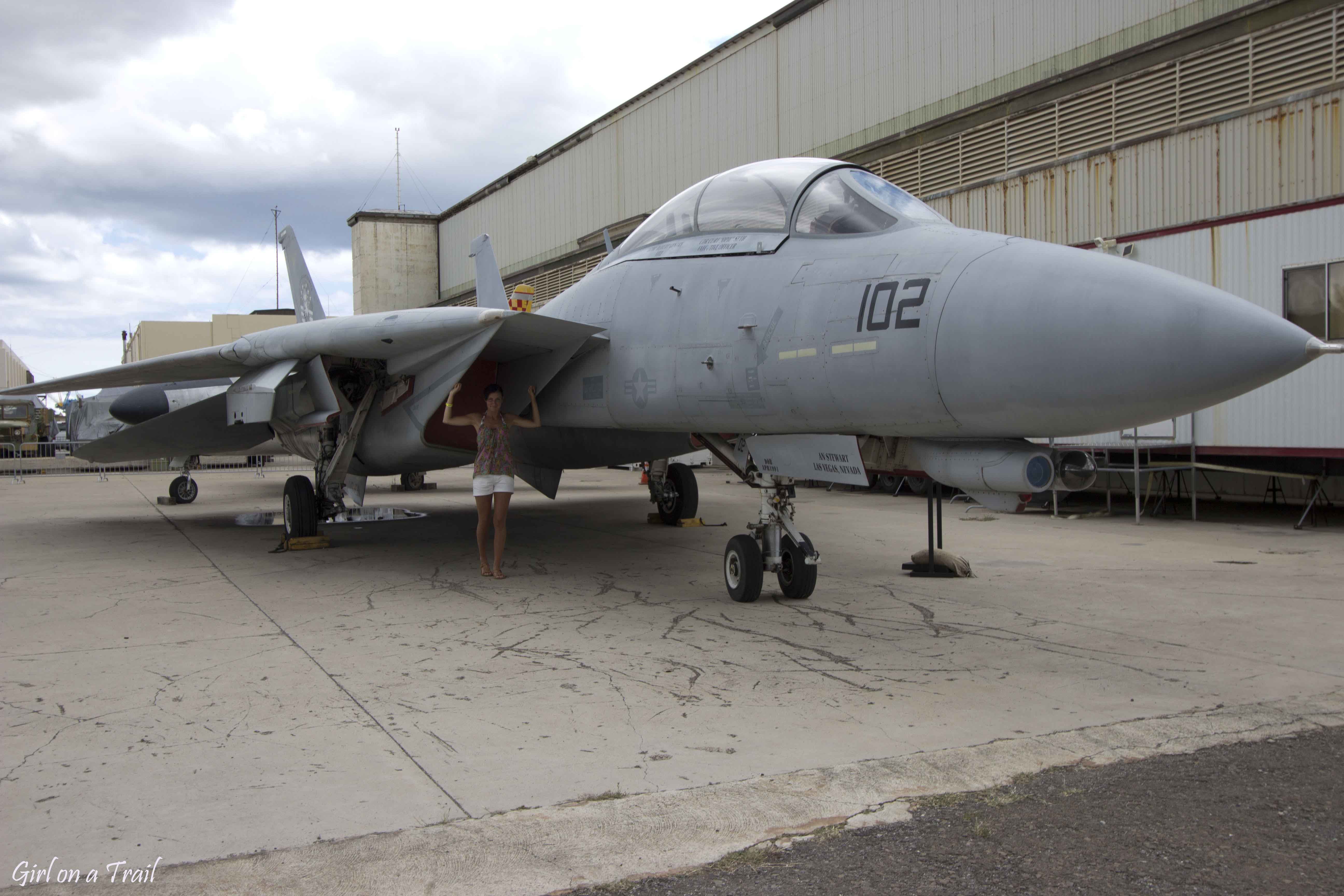 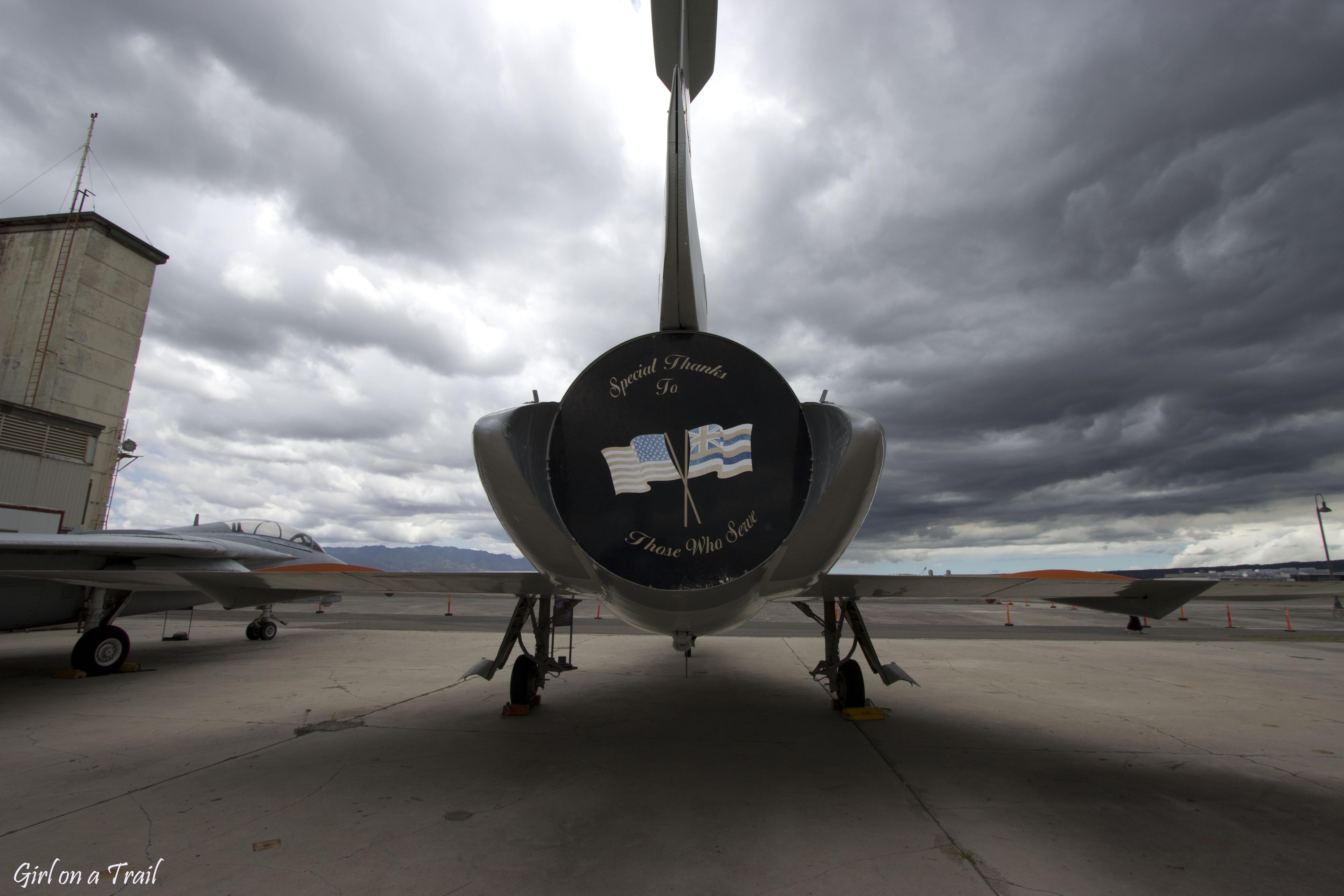 At the end of my visit in Pearl Harbor, there were two surprises which I mentioned before. Both objects don’t sation permanently in Pearl Harbor, which is why I was very lucky to see them. The first was a giant floating radar SBX, called Sea – Based X-Band Radar, one of the key elements of the American Antiballistic System. Radar is placed on a special modified oil rig capable of moving at 8 knots. Unfortunately, taking pictures of the radar was forbidden, but how it looks, can be seen in the image below: 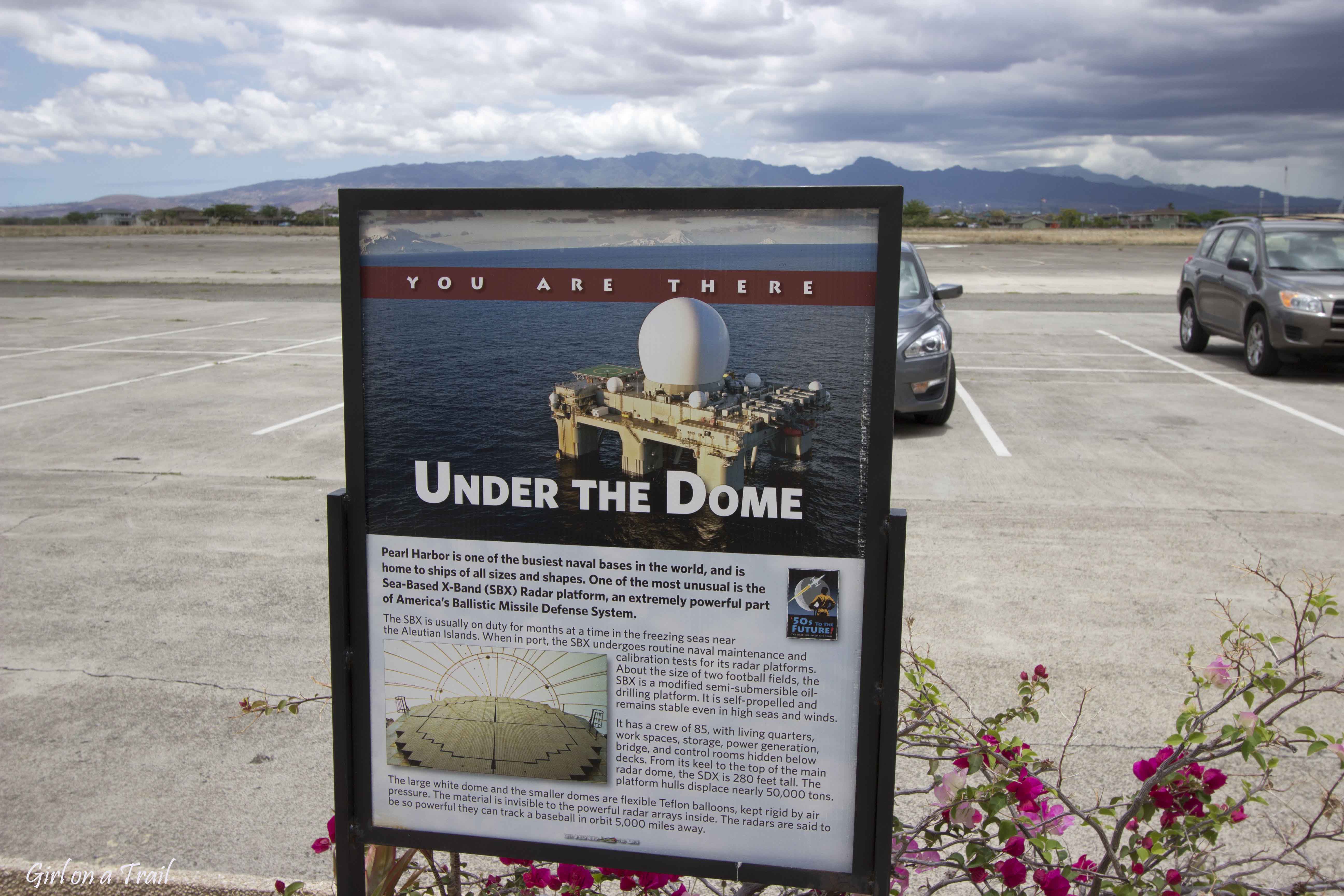 The second and the greatest surprise was the massive atomic aircraft carrier – USS Carl Vinson, which during my visit was enetering Pearl Harbor. The aircraft carrier can accommodate almost 6500 people, and its size in comparison to the Visitor Center is really impressive. In the process of entering Pearl Harbor, the entire crew in white uniforms was standing around the deck, while the crowd presented at Pearl Harbor was cheering, waving American flags. What it seems to us often pathetic regarding the United States, then for me was a really amazing experience. 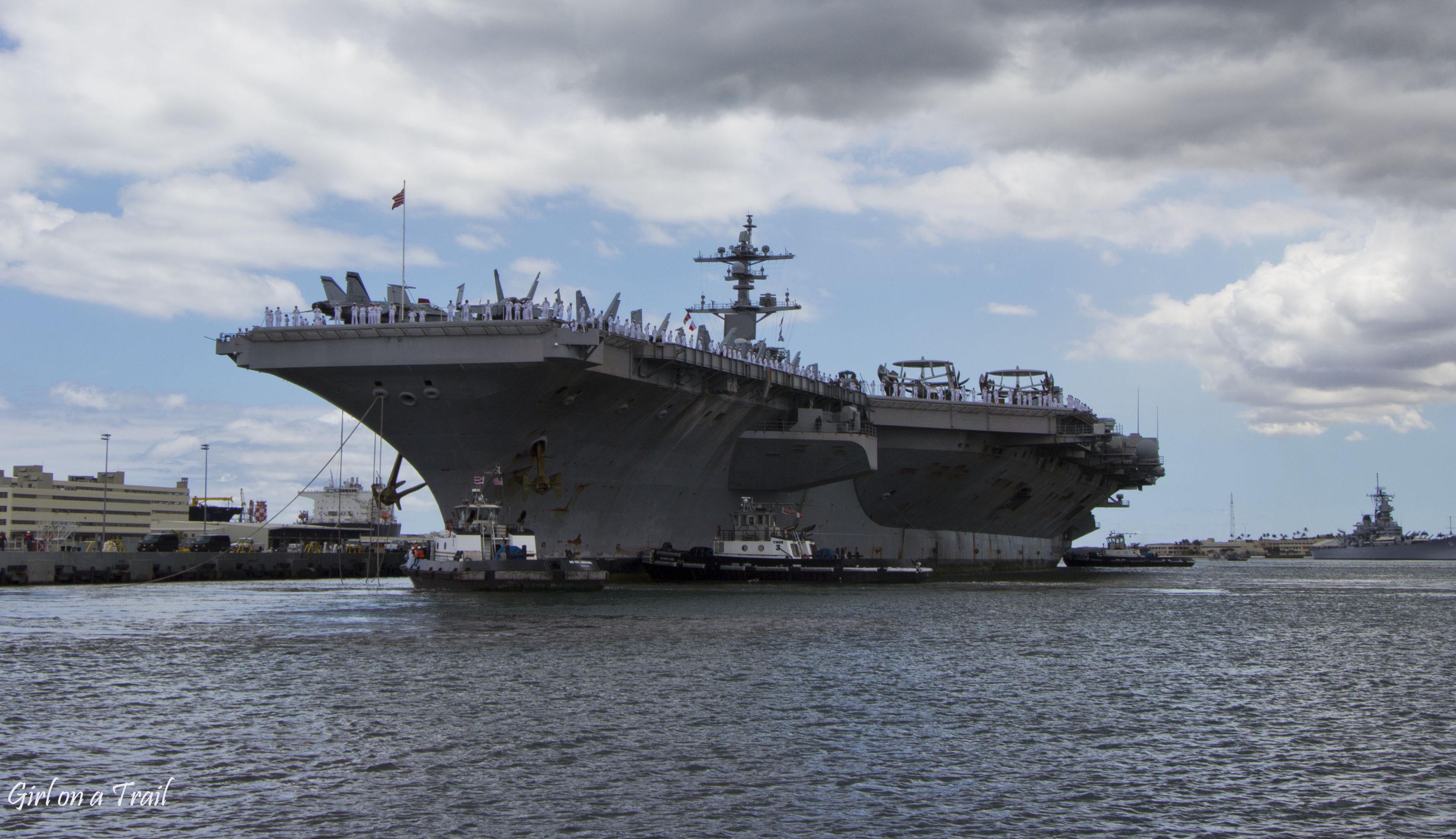 Hanauma Bay – the curved bay with a
prev next