I was waiting for a long time to visit Oslo. Oslo is one of the most expensive cities in the world, so the options to buy cheap airline tickets didn’t persuade me to go there. The capital of Norway isn’t a large city and the tourist attractions are located mainly in the centre, so I thought that instead of booking the expensive hotel and staying there for a night, it would be better to spend a few hours instead. 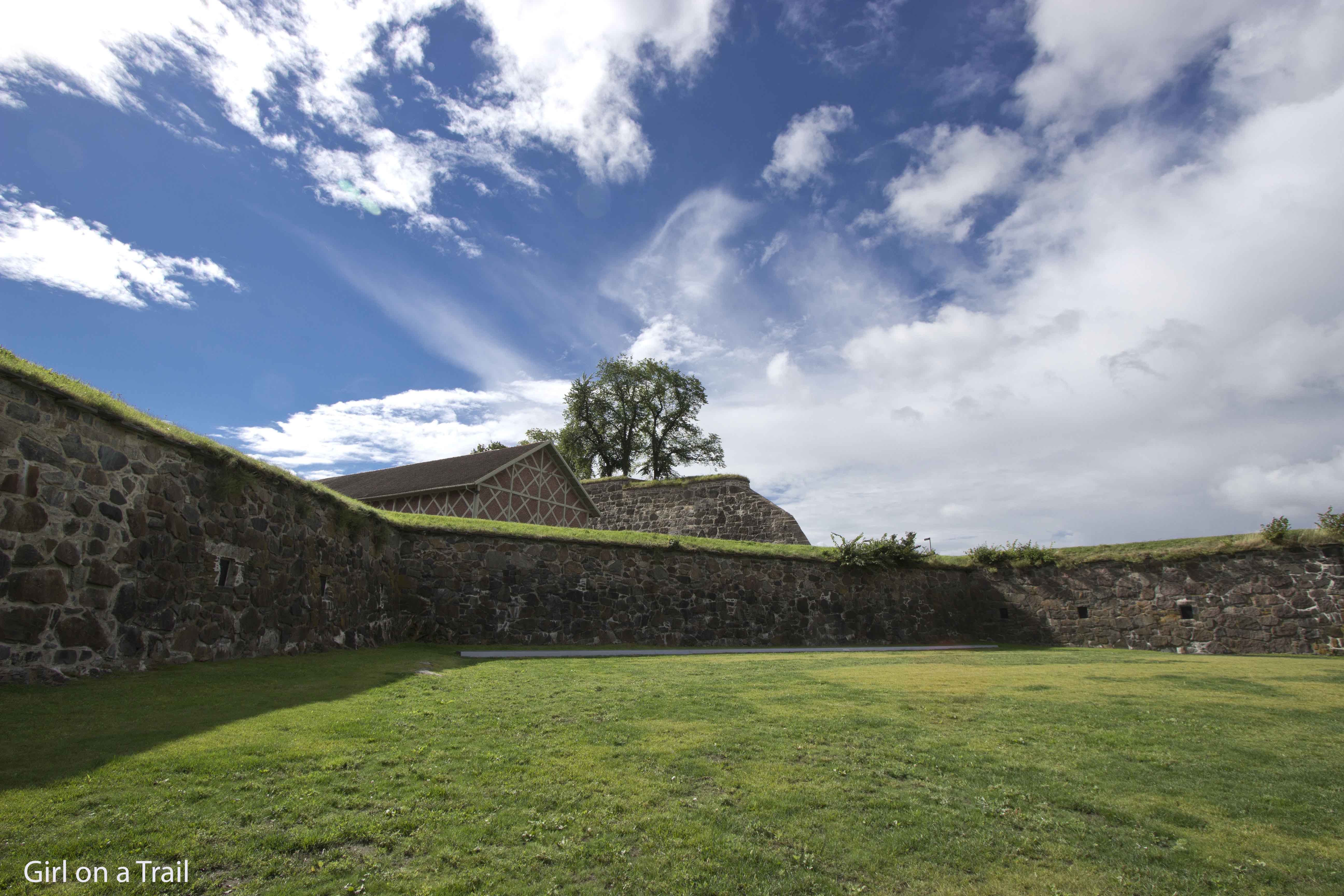 Unfortunately, as it turned out, flights from Warsaw were operated by Ryanair only in the late evenings. In theory, this fact wouldn’t be any problem for me, because I could sleep at the airport, but unfortunately Sandefjord-Torp Airport is closed for the night. 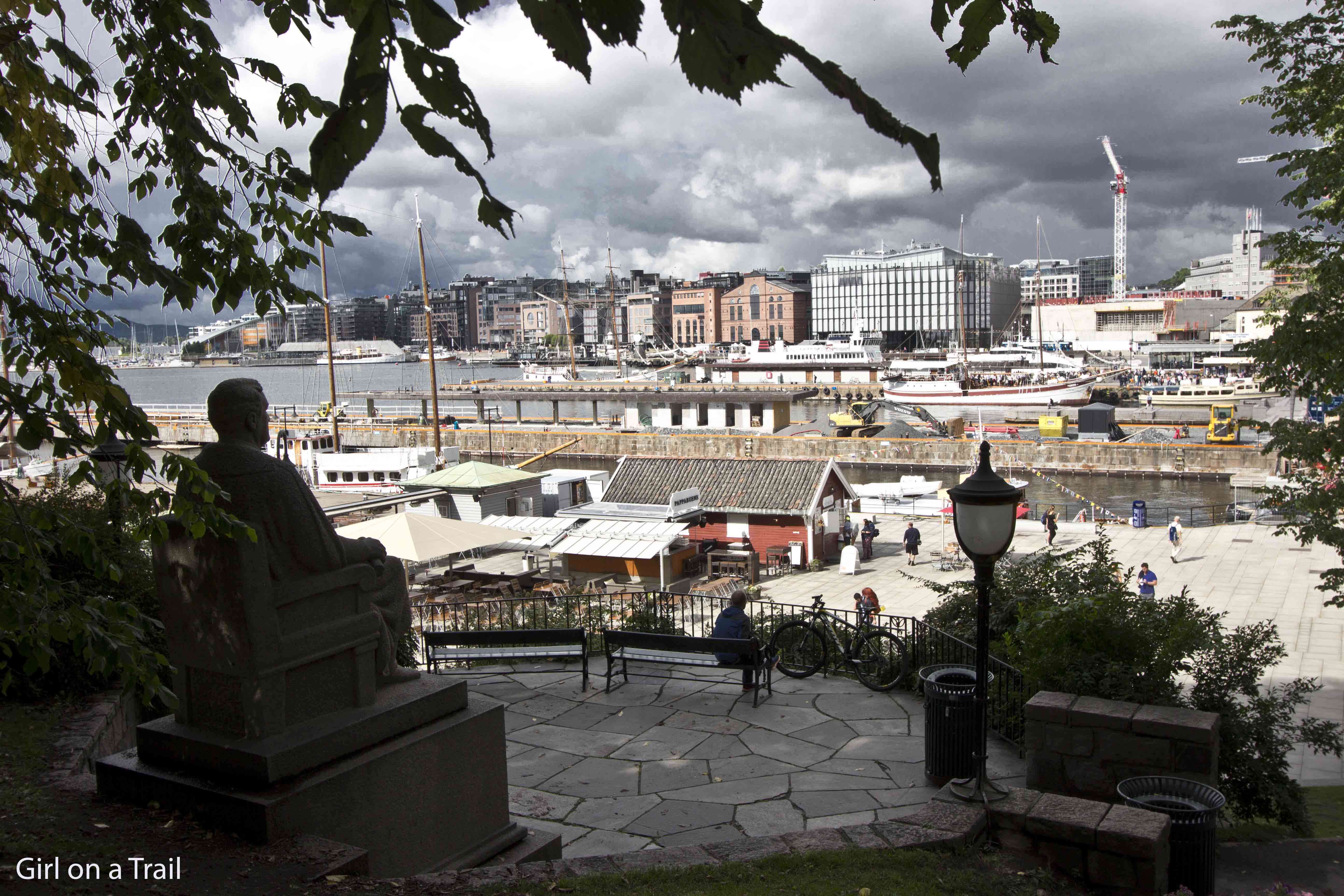 That’s why I chose the following option: early morning flight from Gdansk operated by Wizzair and returning in the evening with Ryanair to Warsaw – Modlin airport – total cost of return ticket was around 10€. Unfortunately, the bad news is that the Sandefjord-Torp Airport is located more than 100 km from Oslo. That’s why you have to add to the total cost of the trip, another… 50 € 😉 (deatails here). However, don’t worry, it’s the only big expenditure of this trip. 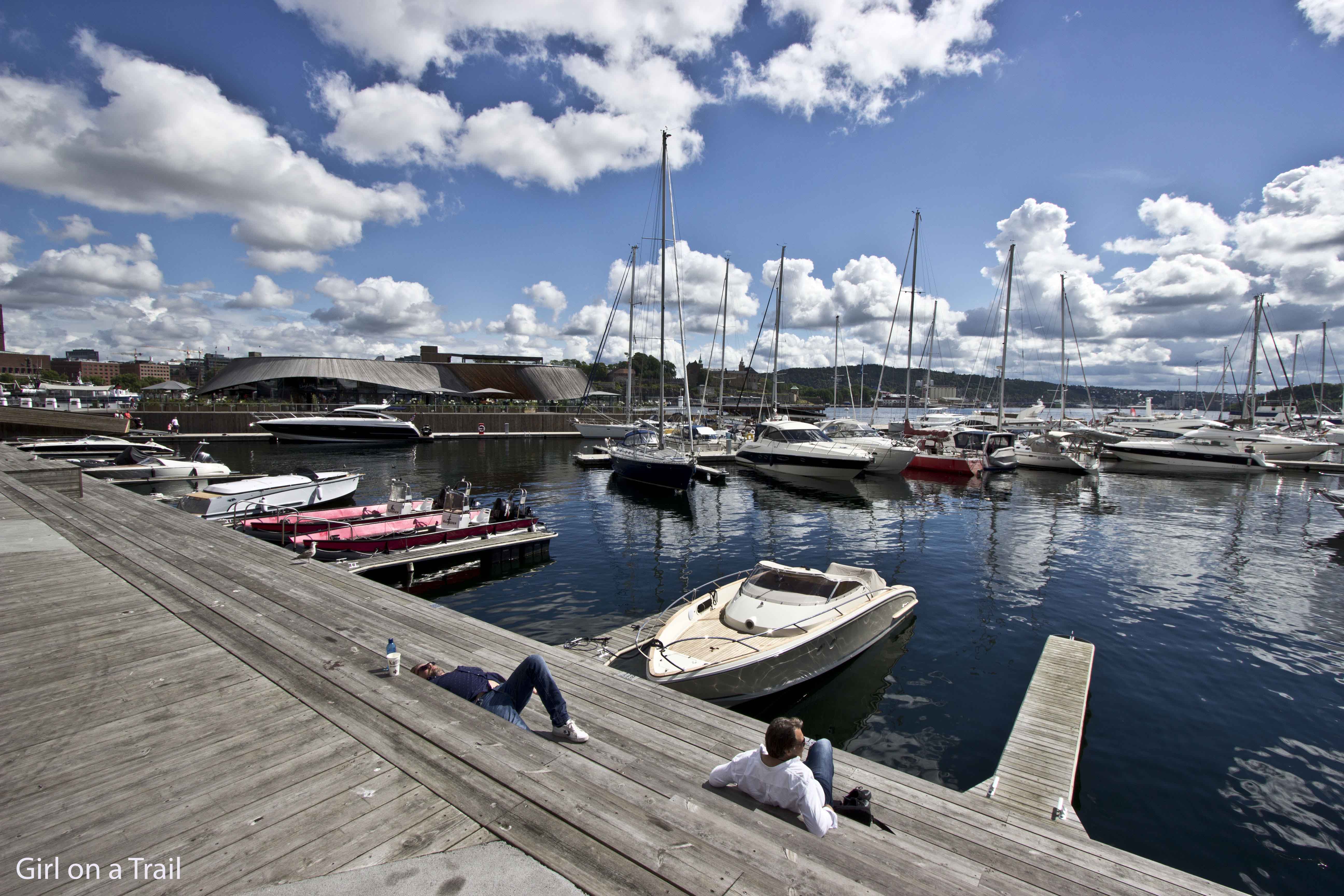 All right guys, so why you should visit Oslo? 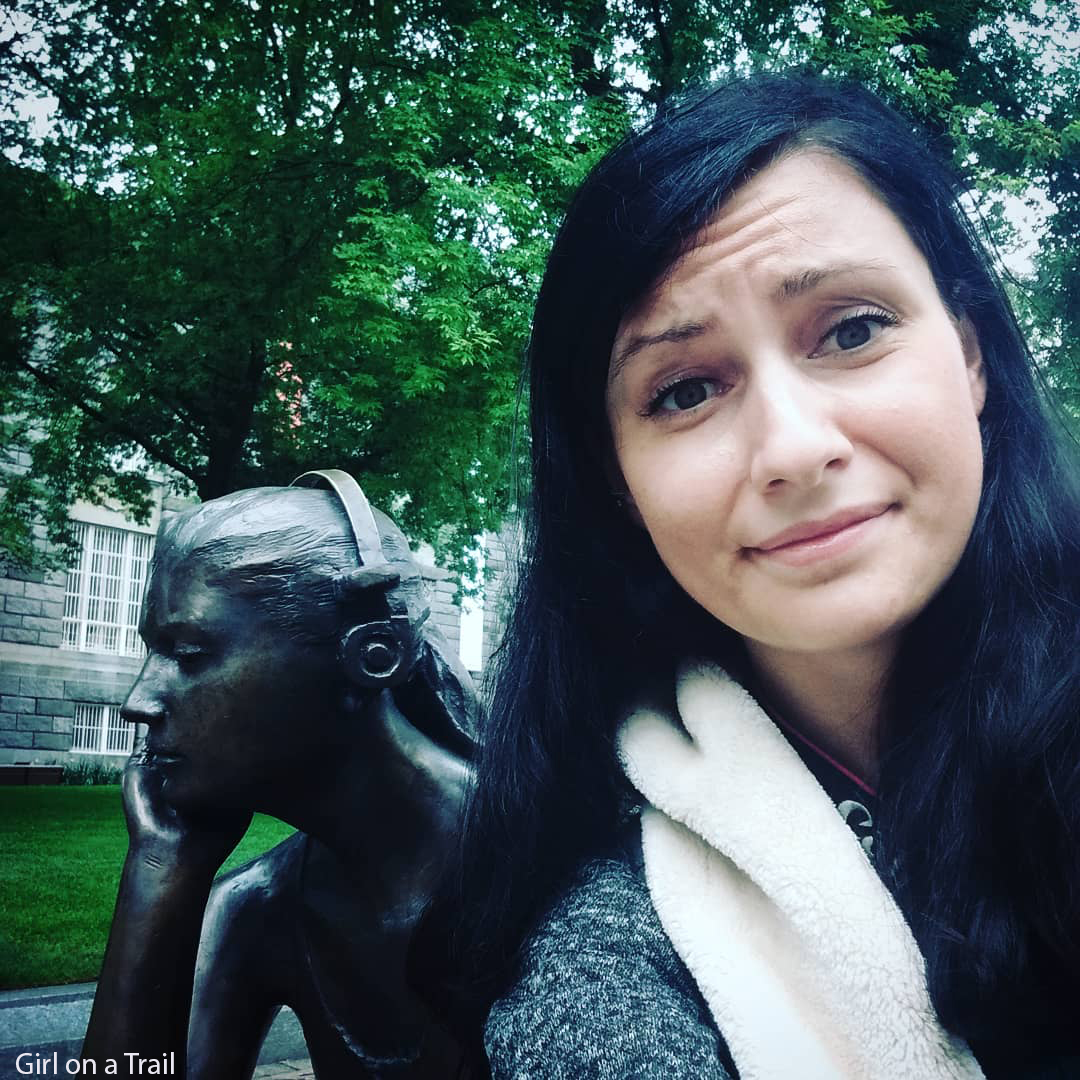 In my view Oslo is an interesting architecturally city in which modernity blends with natural Norwegian landscape in a surprising way. 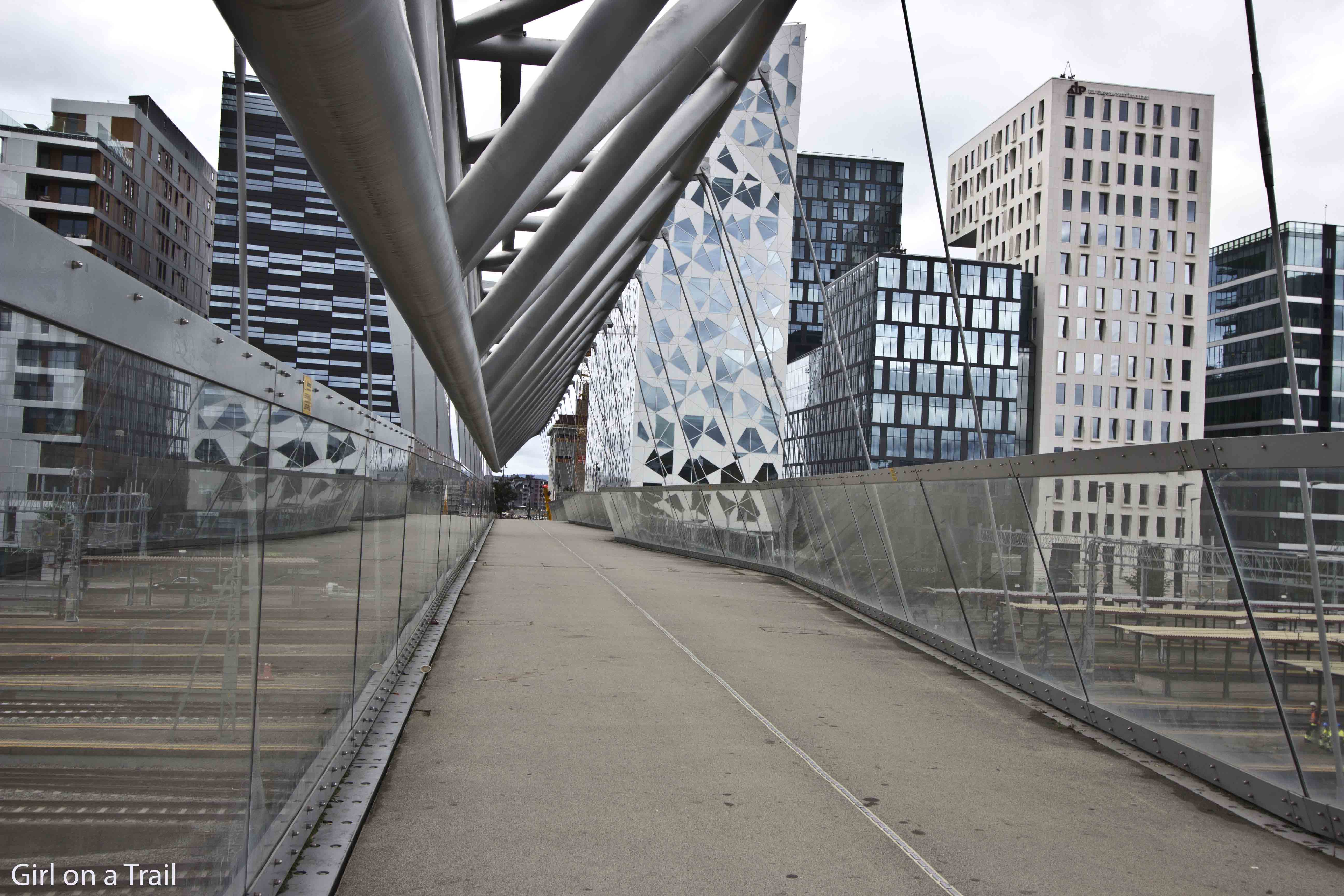 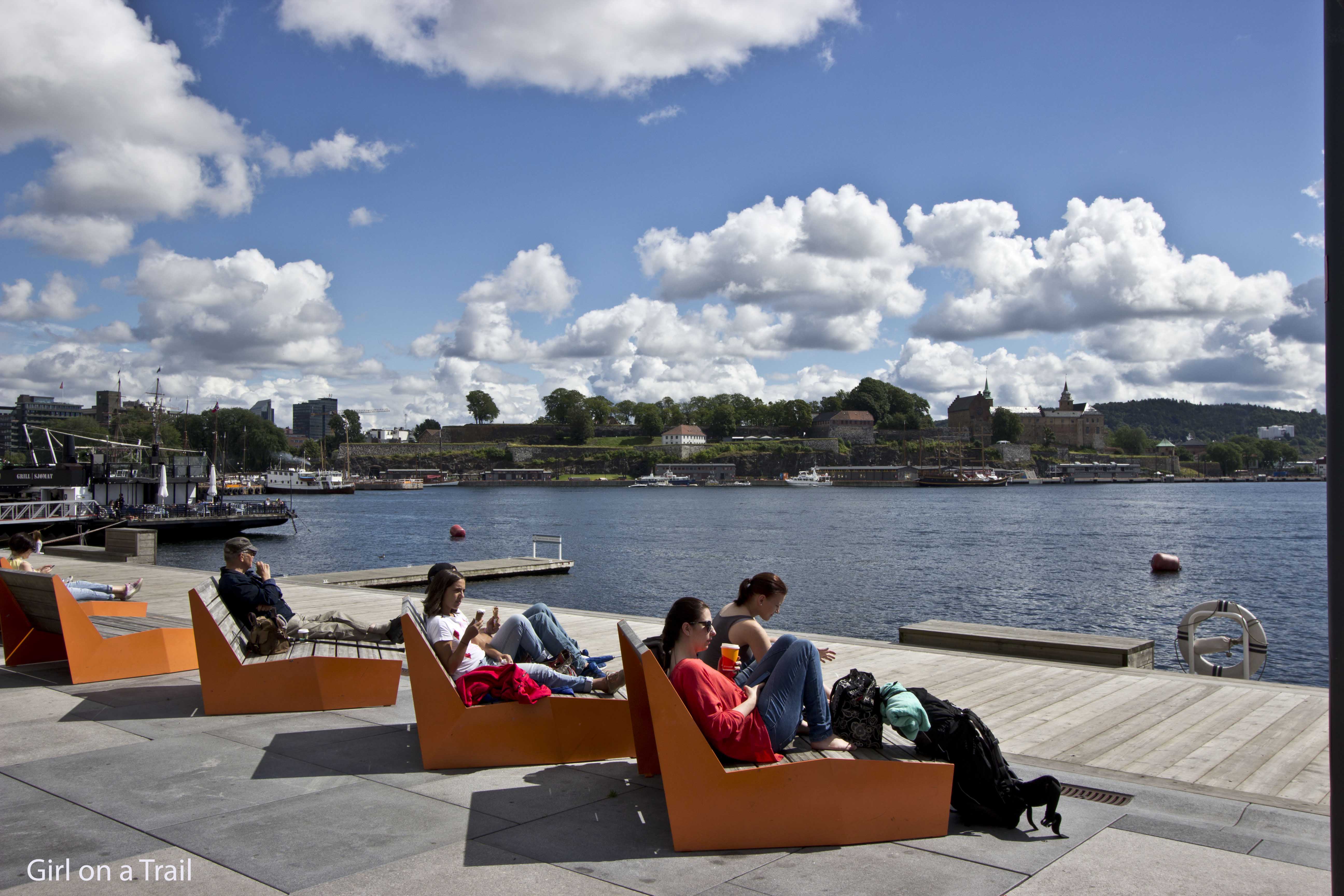 A typical example is the famous Opera House, one of the symbols of the capital of Norway. In fact, it’s very hard to say whether this building is impressive because of its distinctive look, resembling the glacier, or the fact that its construction cost 500 mln  €. Going to the Opera roof is a must because from there you can see Oslo panorama as well as an interesting glass and steel structure, called “She Lies”, floating on water. 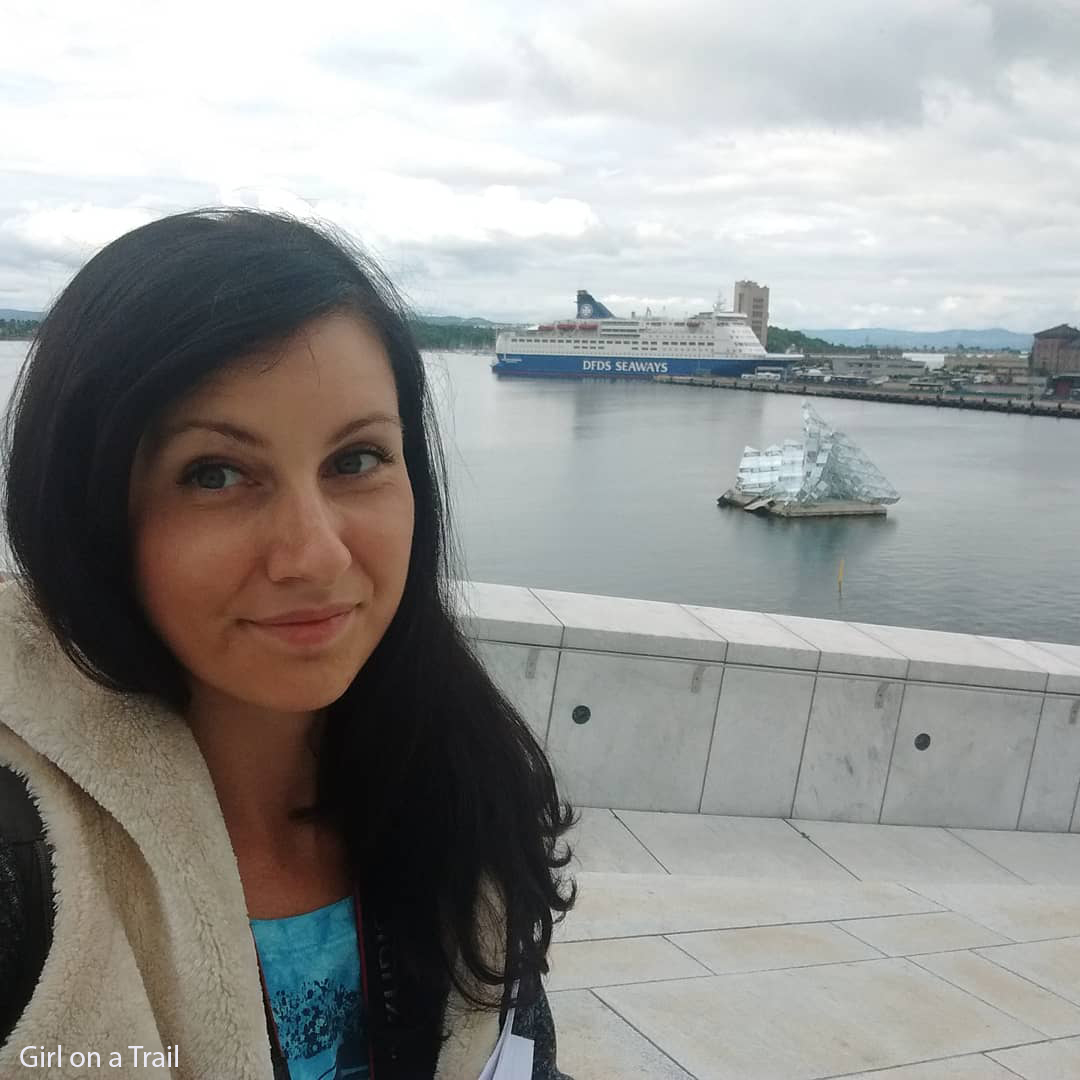 Another interesting proposition is a cruise to the nearby islands. Oslo is located at the end of 100 km bay with more than 40 islands. To see part of this bay, the best bet is to use public transportation. 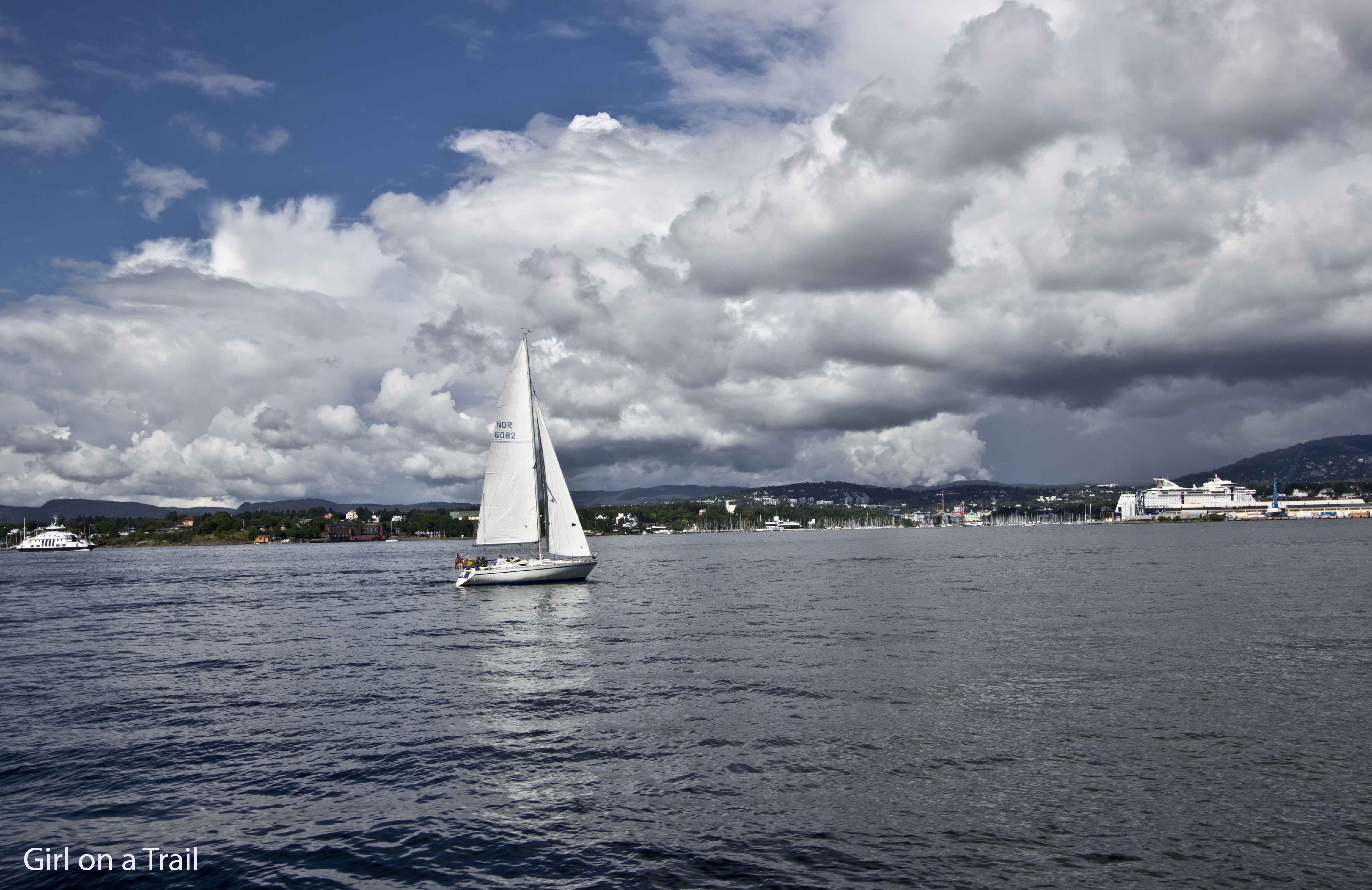 The Ferry no. B3 operates from June to August between islands: Hovedøya, bleikøya, Gressholmen, Lindøya øst. A normal, ticket, bought in the machine, costs, 33 NOK but on the ferry 55 NOK in comparison the same trip but with organised cruise costs 300 NOK. The ticket for the ferry is valid for all means of transport. The shuttles leaves from the marina located in front of the City Hall. More info check here. 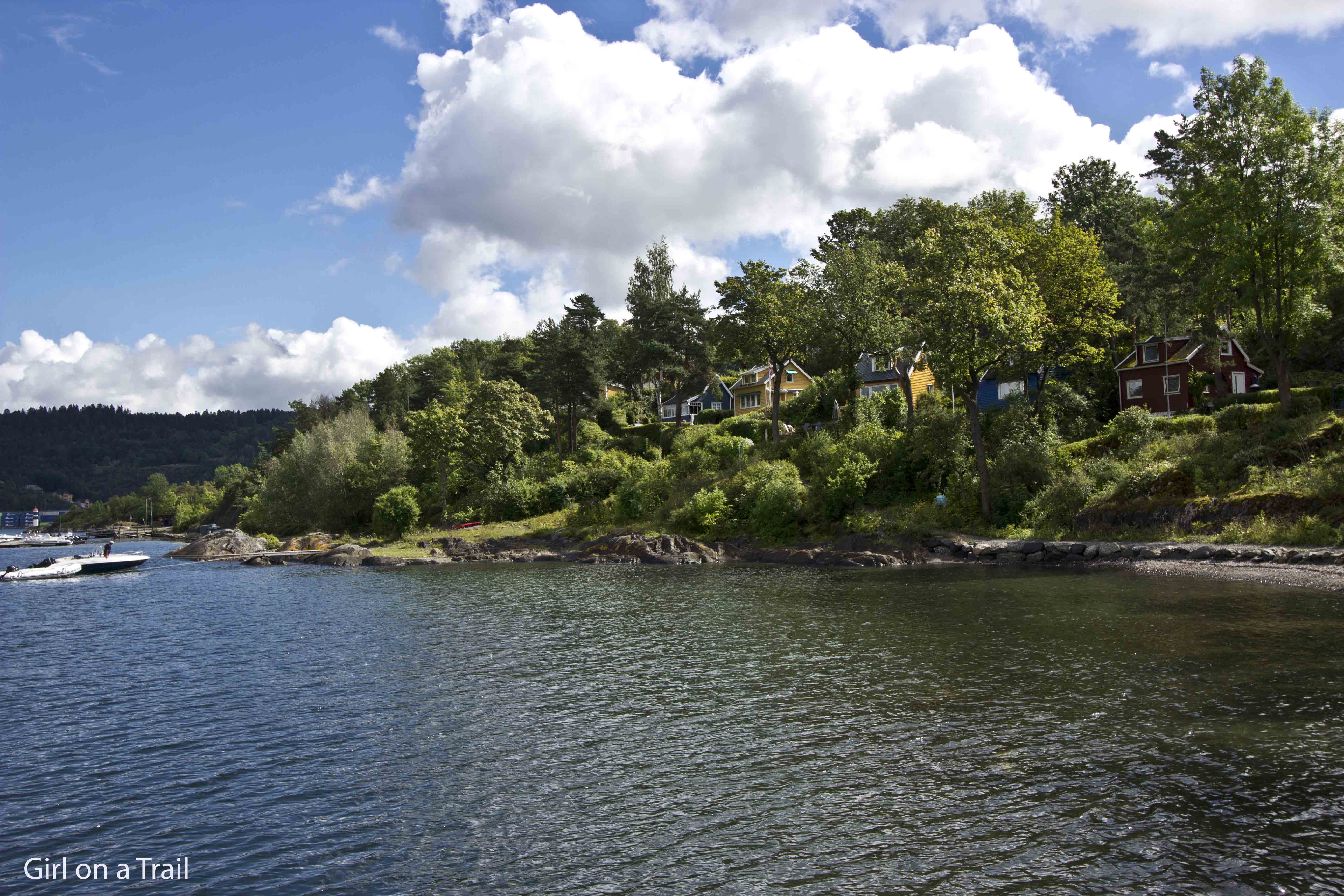 From the ferry you’ll see Akershus fortress and the Castle. The entrance to the fortress is free of charge and there’s  an interesting view of the port. 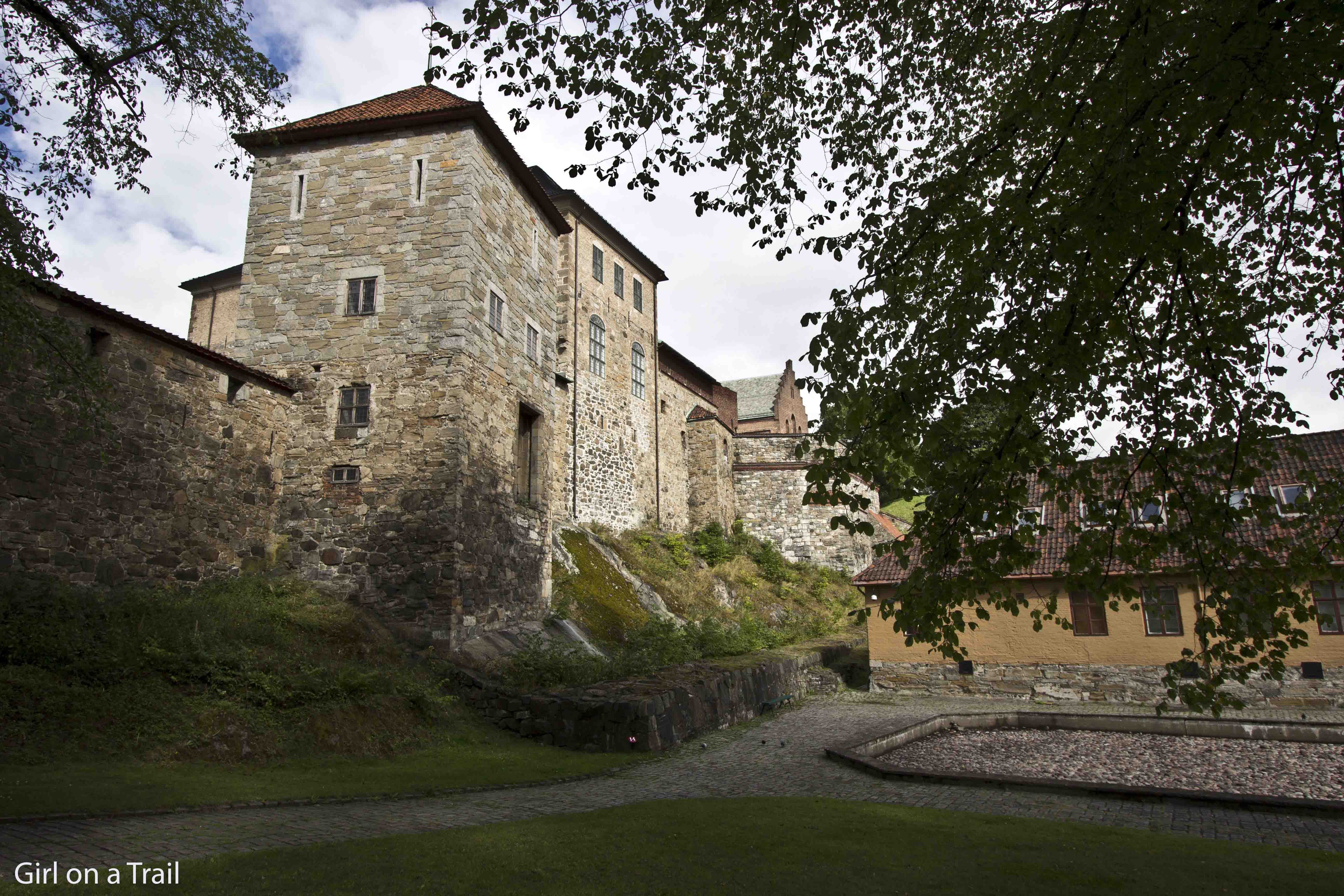 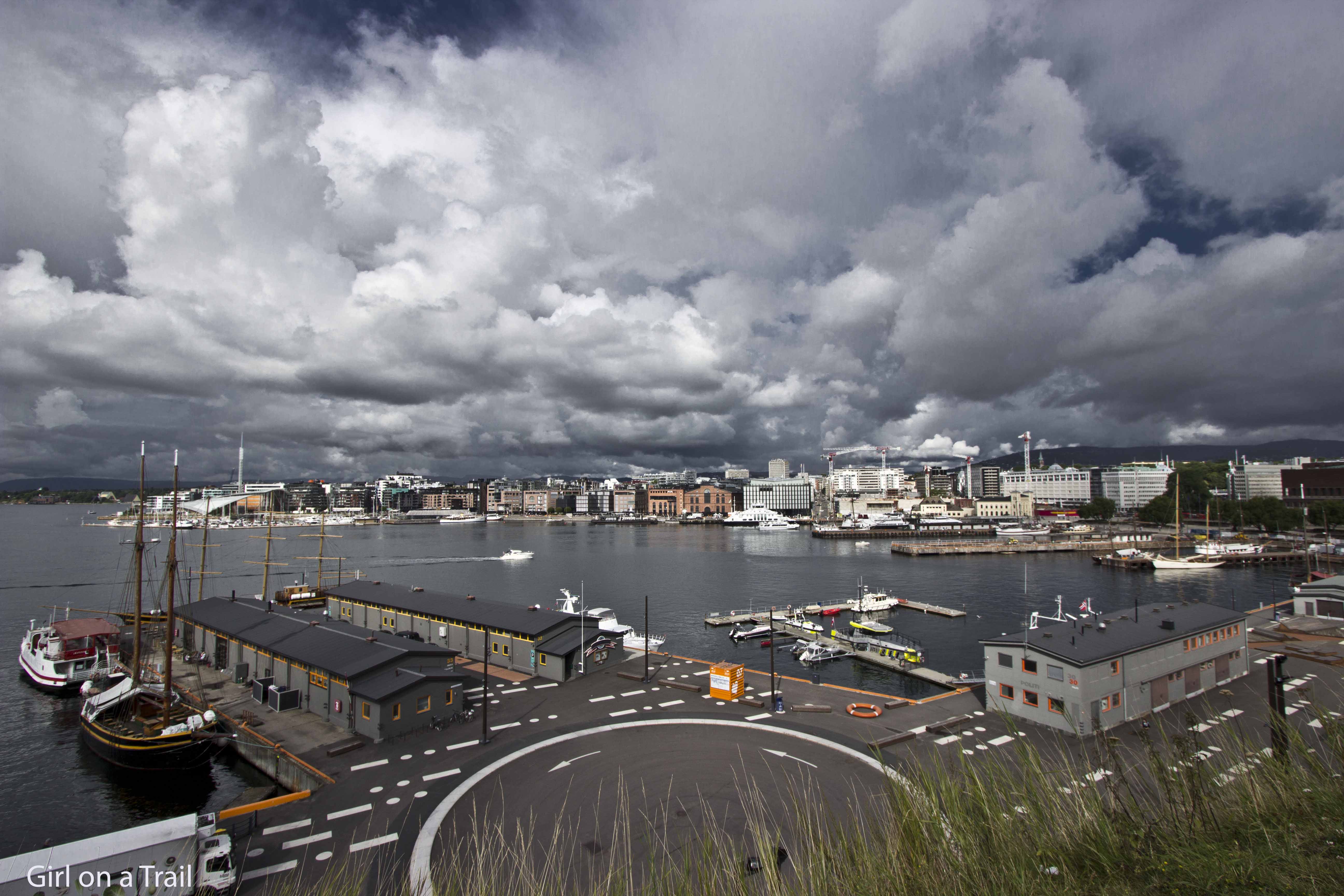 Leaving the fortress, it is worth looking into a small square called Christiania Torv, surrounded by old, climatic townhouses. 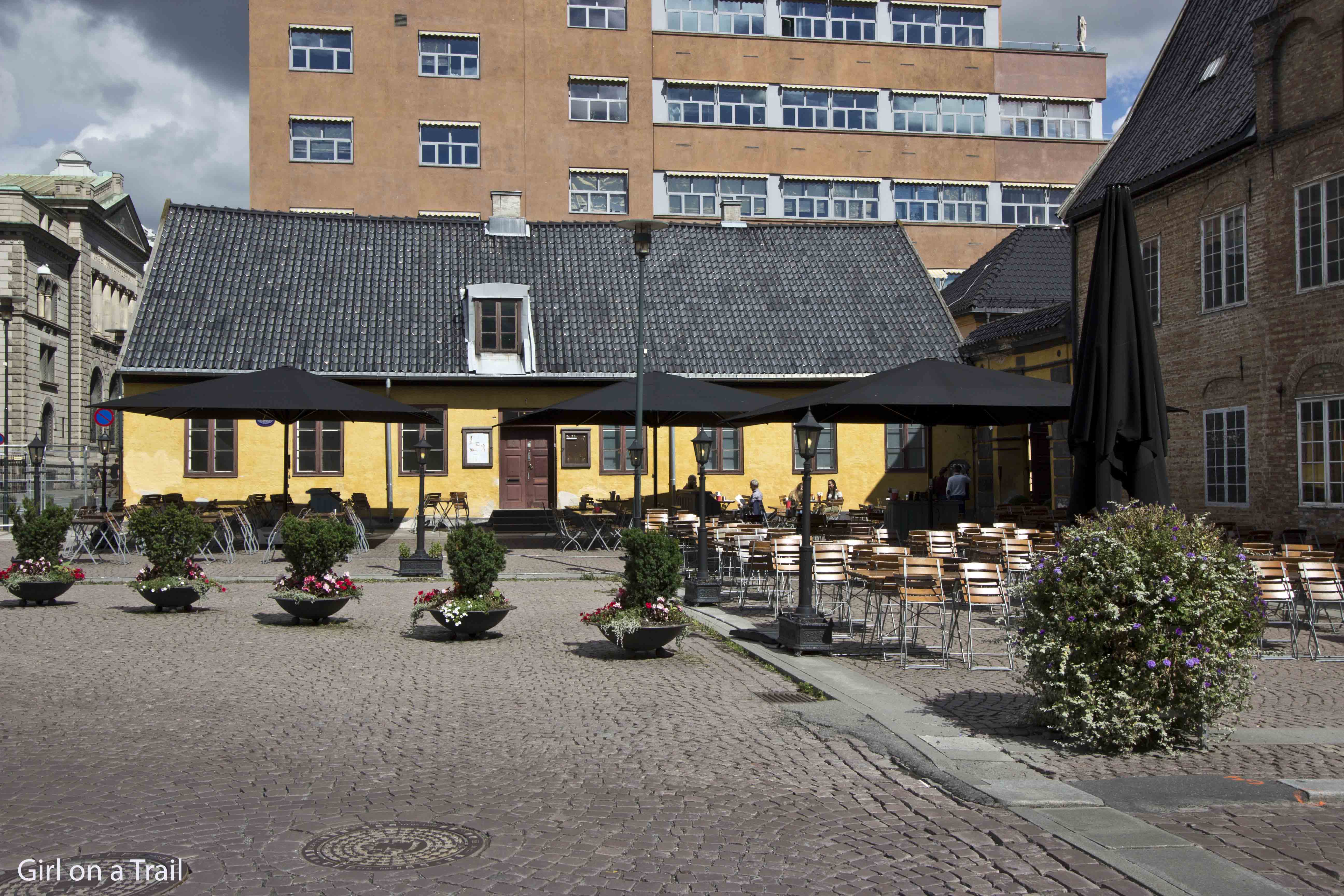 In the middle of the square is an interesting fountain that  “points finger”, where Danish – Norwegian King Kristian IV decided to build a new city after the fire in 1624. 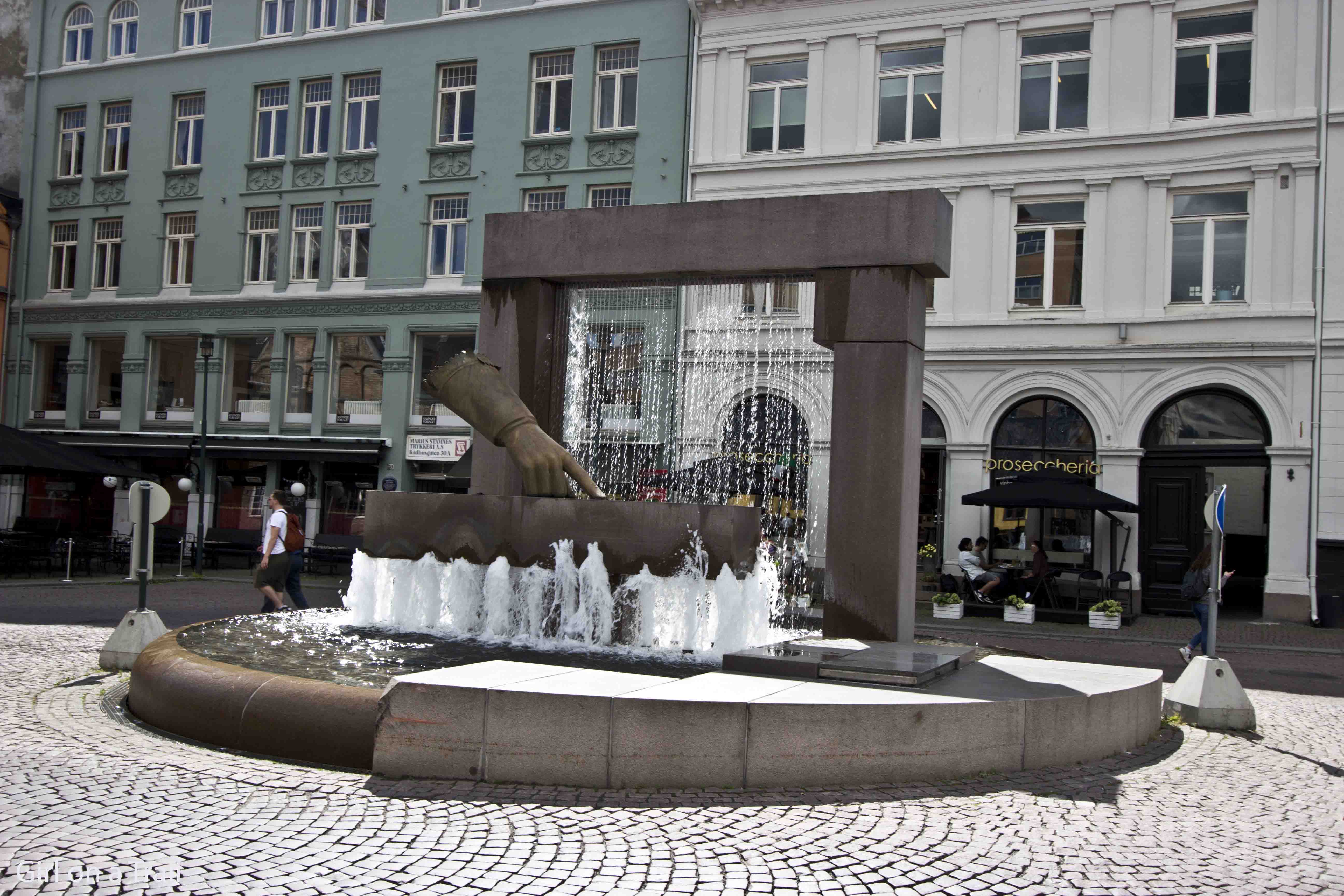 On the other side of the promenade, there’s a modern section called Aker Brygge, where you can find a number of restaurants, bars and shops. 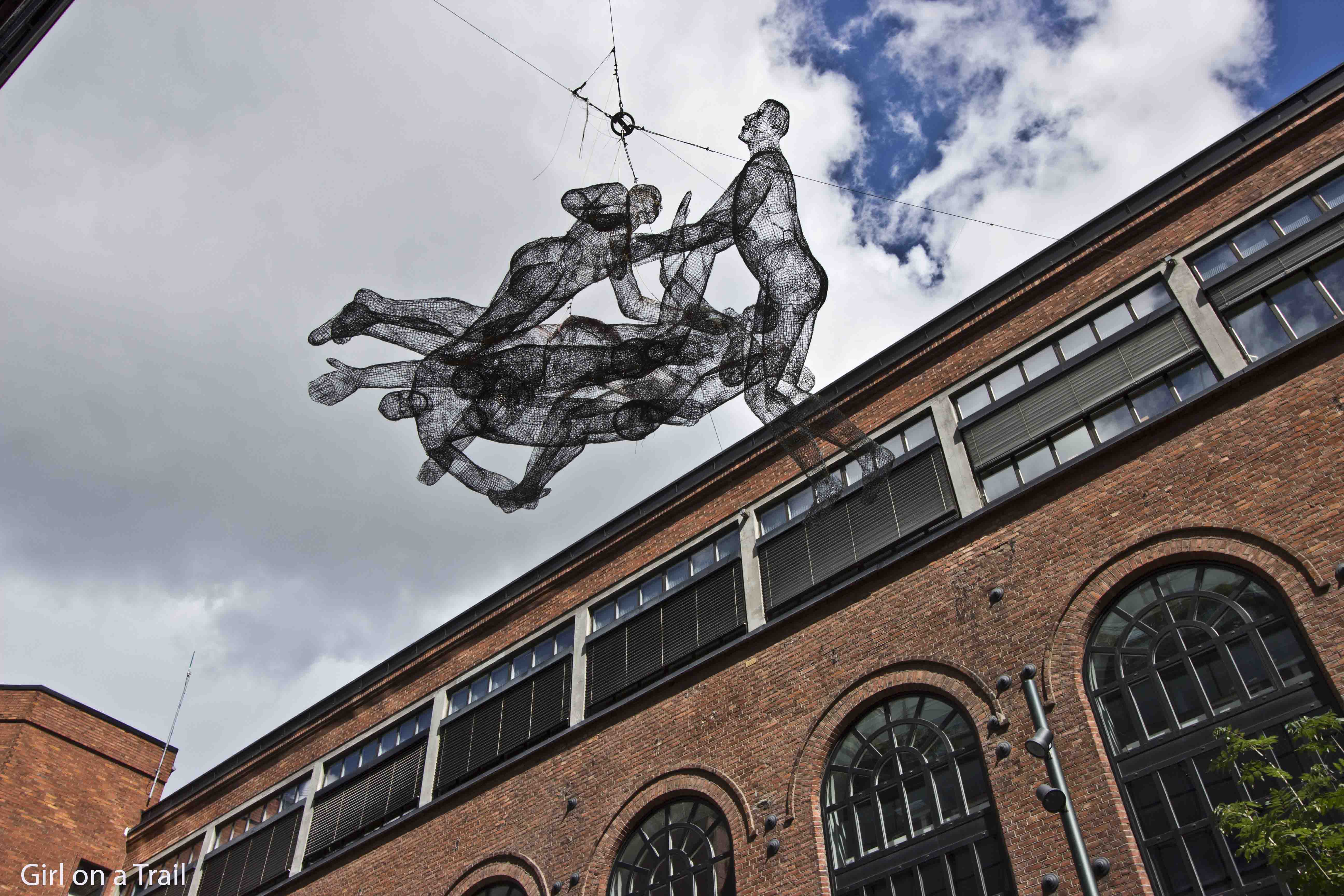 Oslo is also the city of street art. To see local murals, visit the Grünerløkka. Small shops, climatic restaurants and ubiquitous murals, in a nutshell, nice place to relax and sip a drink. 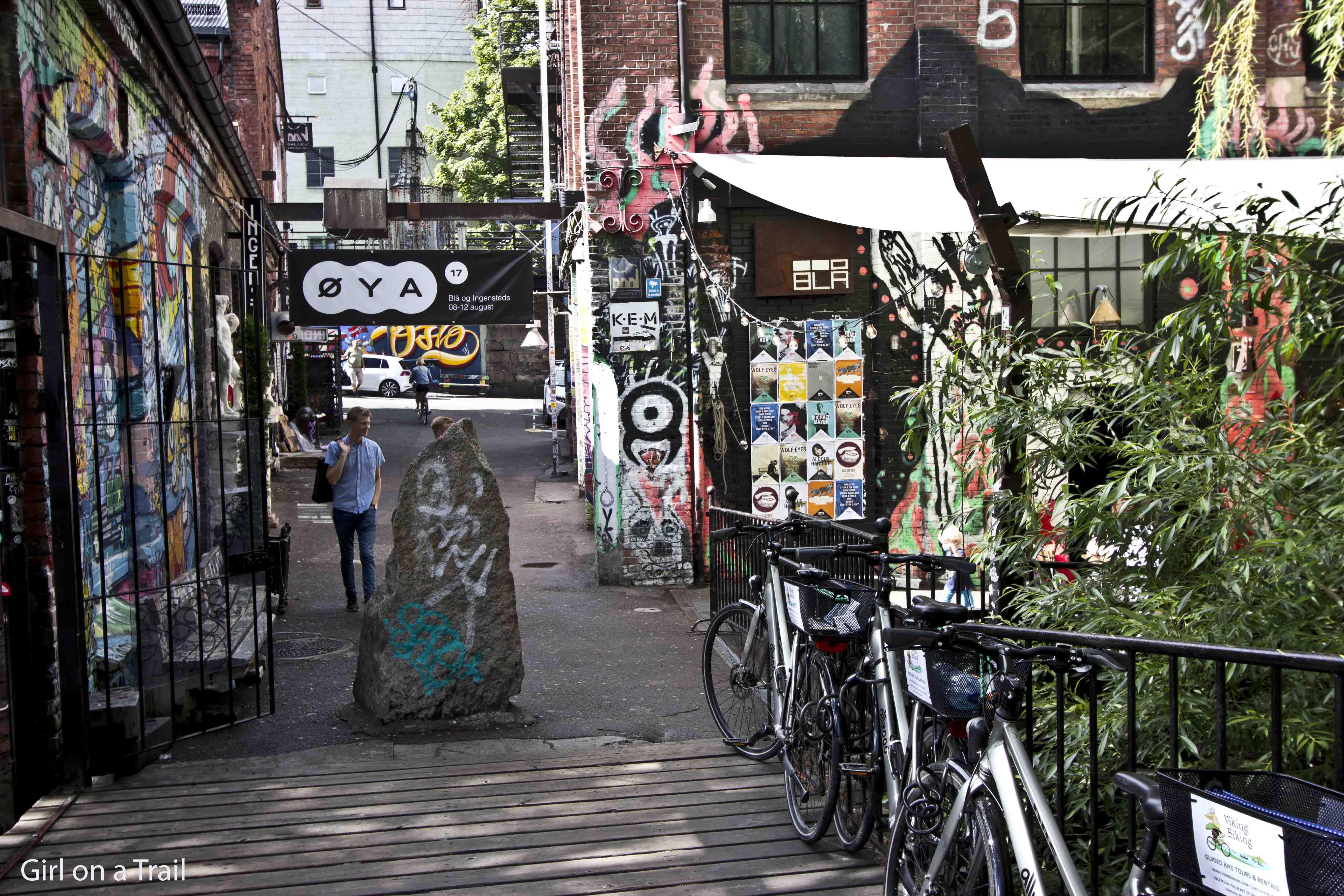 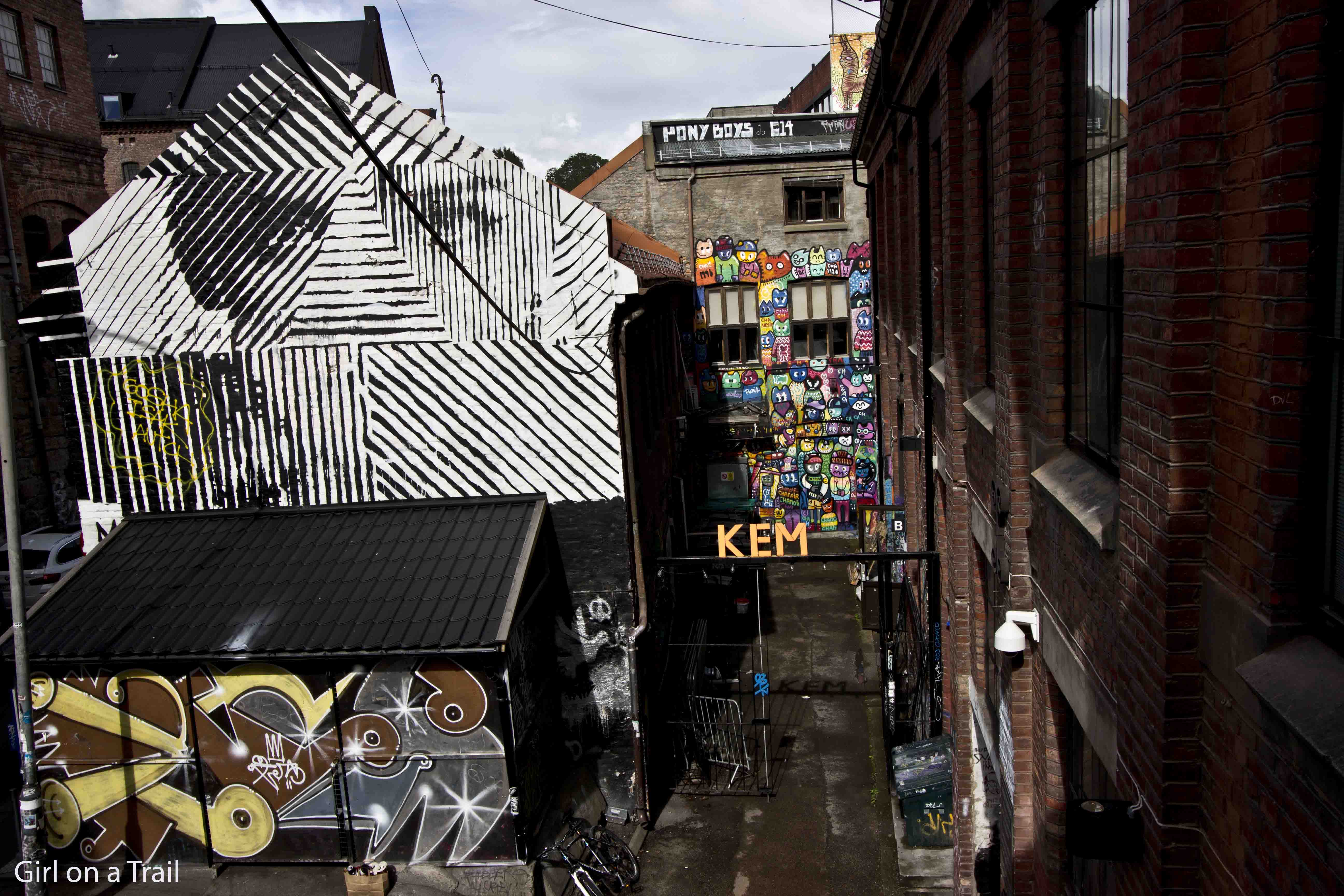 Nearby you’ll find so called  “No man’s” street in Norwegian Ingens Gate. To get there, the best is to go Brenneriveien street that surprises by the number of interesting murals. 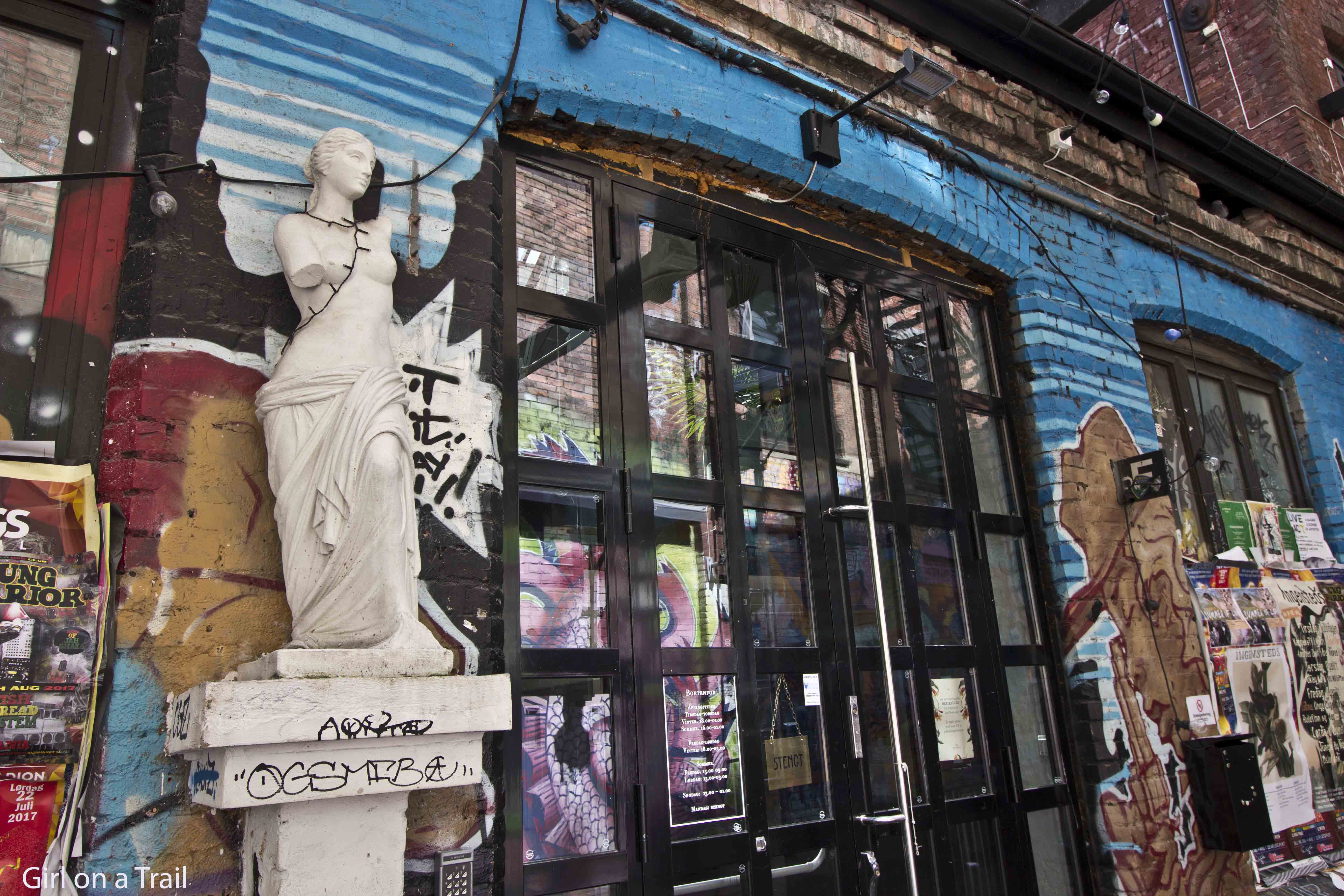 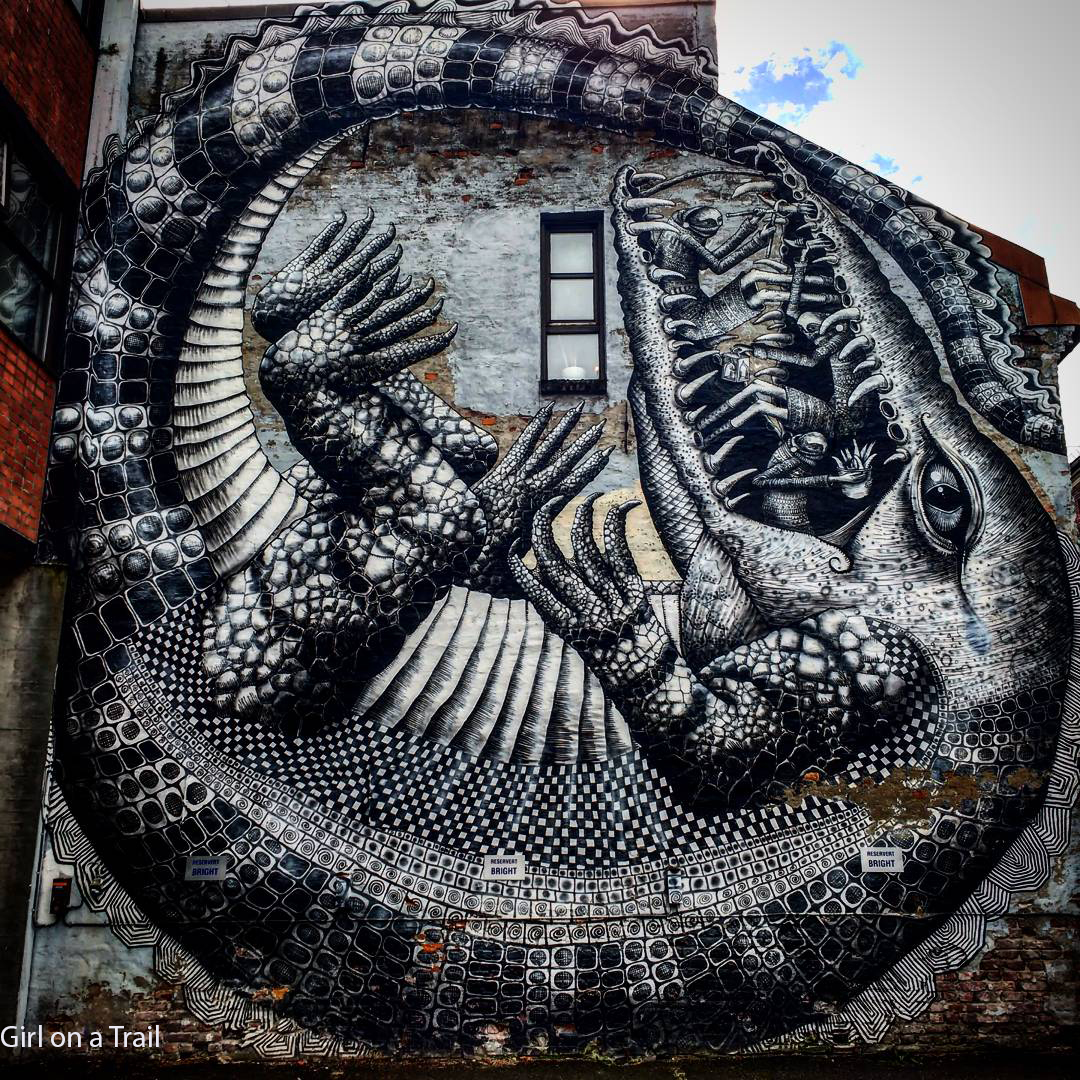 However, Ingens Gate captivated me the most by a huge glass chandelier, hanging between buildings and climatic bars located by the river. 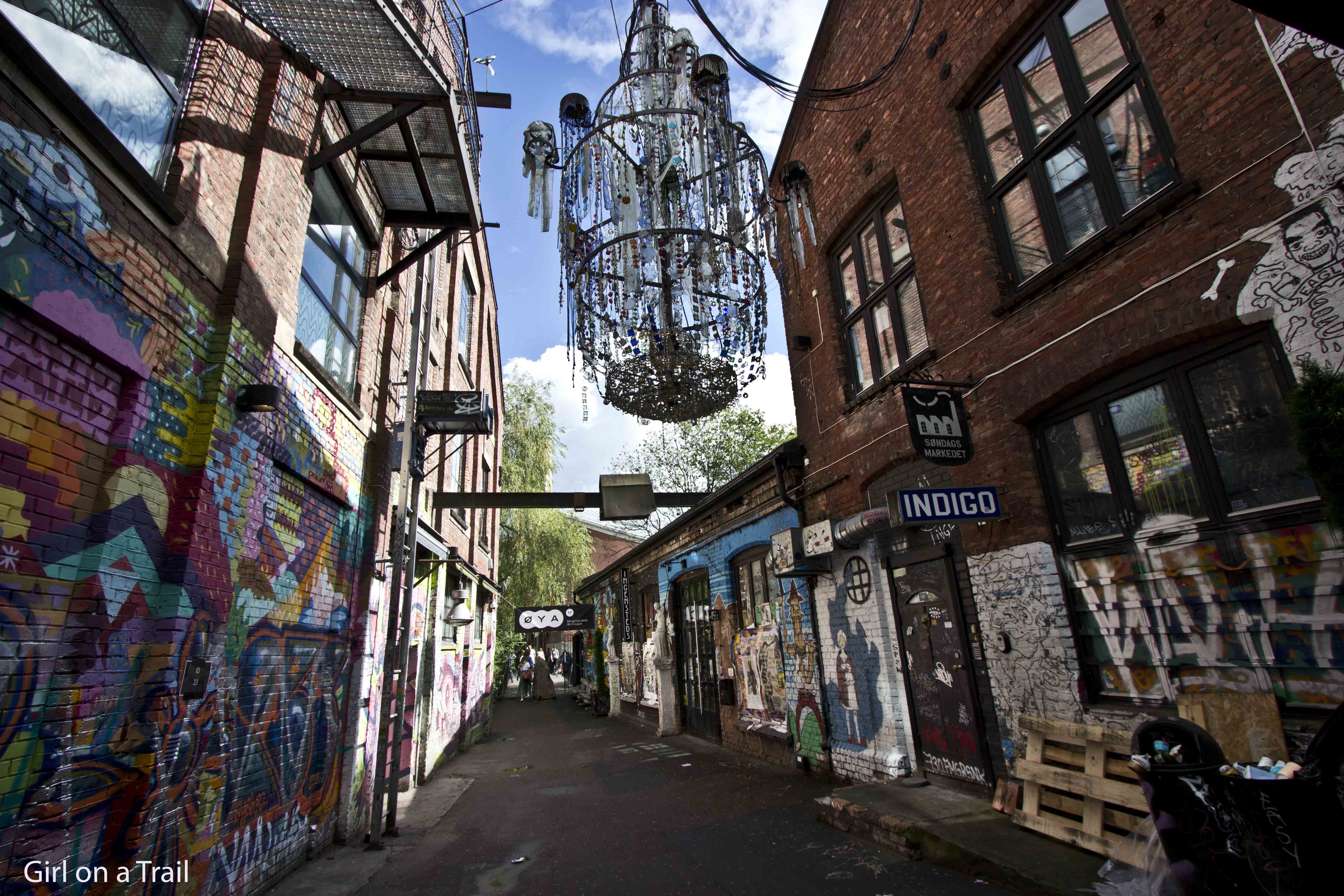 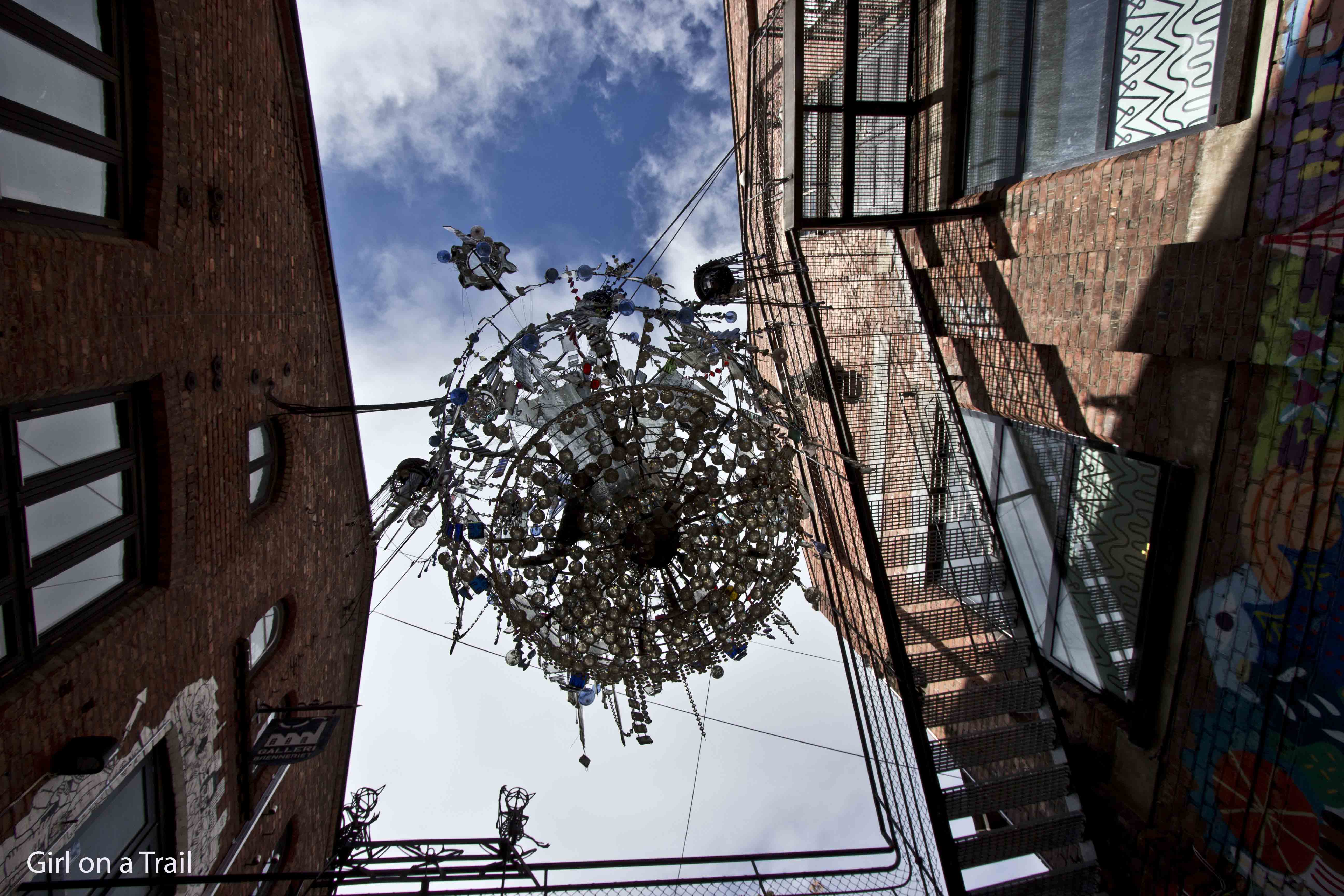 Going across the bridge you can see the sculpture floating on the water, it just seems to be a swan, but when you look closer… 😉 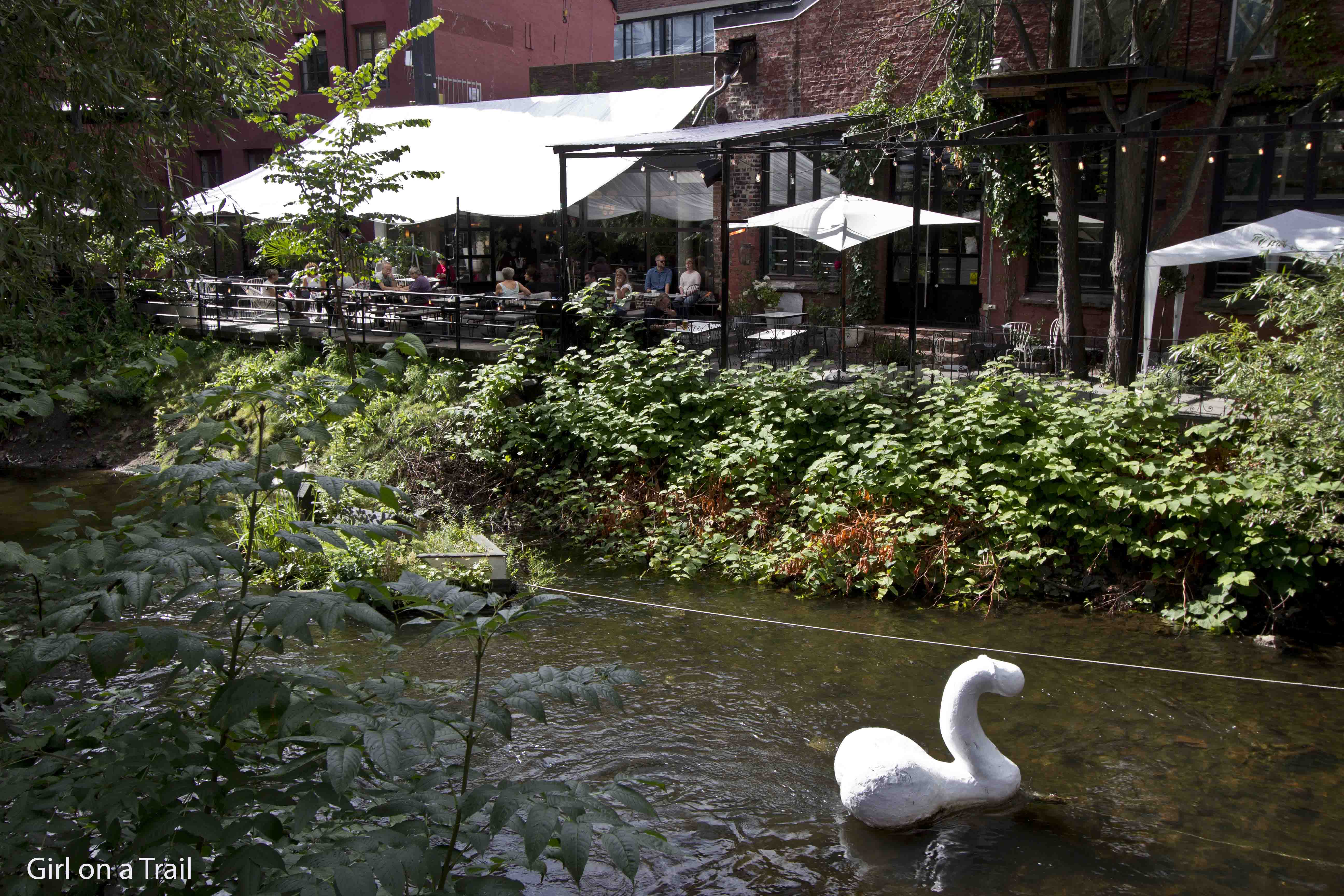 Just a few steps further one can be moved to old Oslo times. On the steep, cobblestone Damstredet street you can see the colorful, old wooden houses. 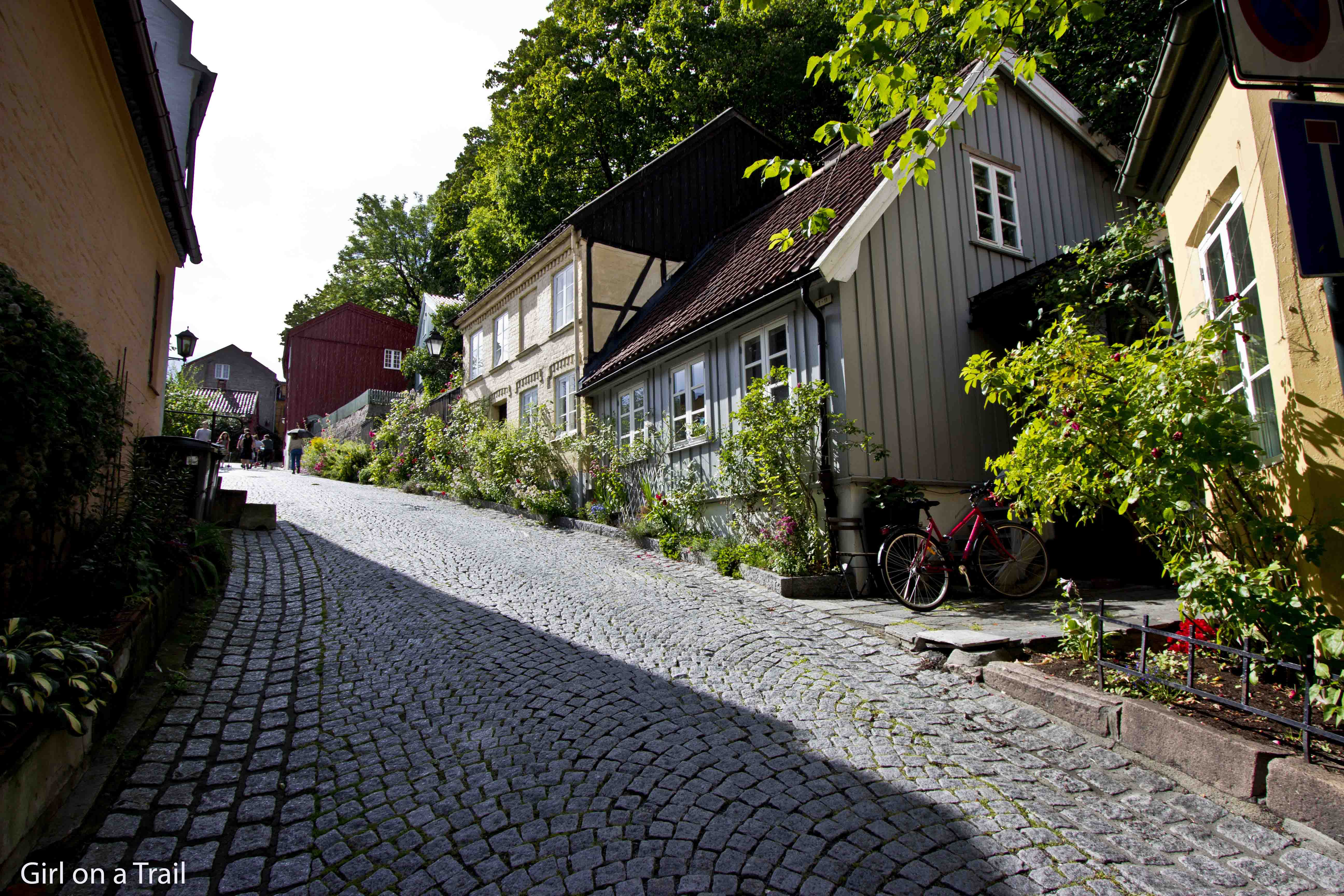 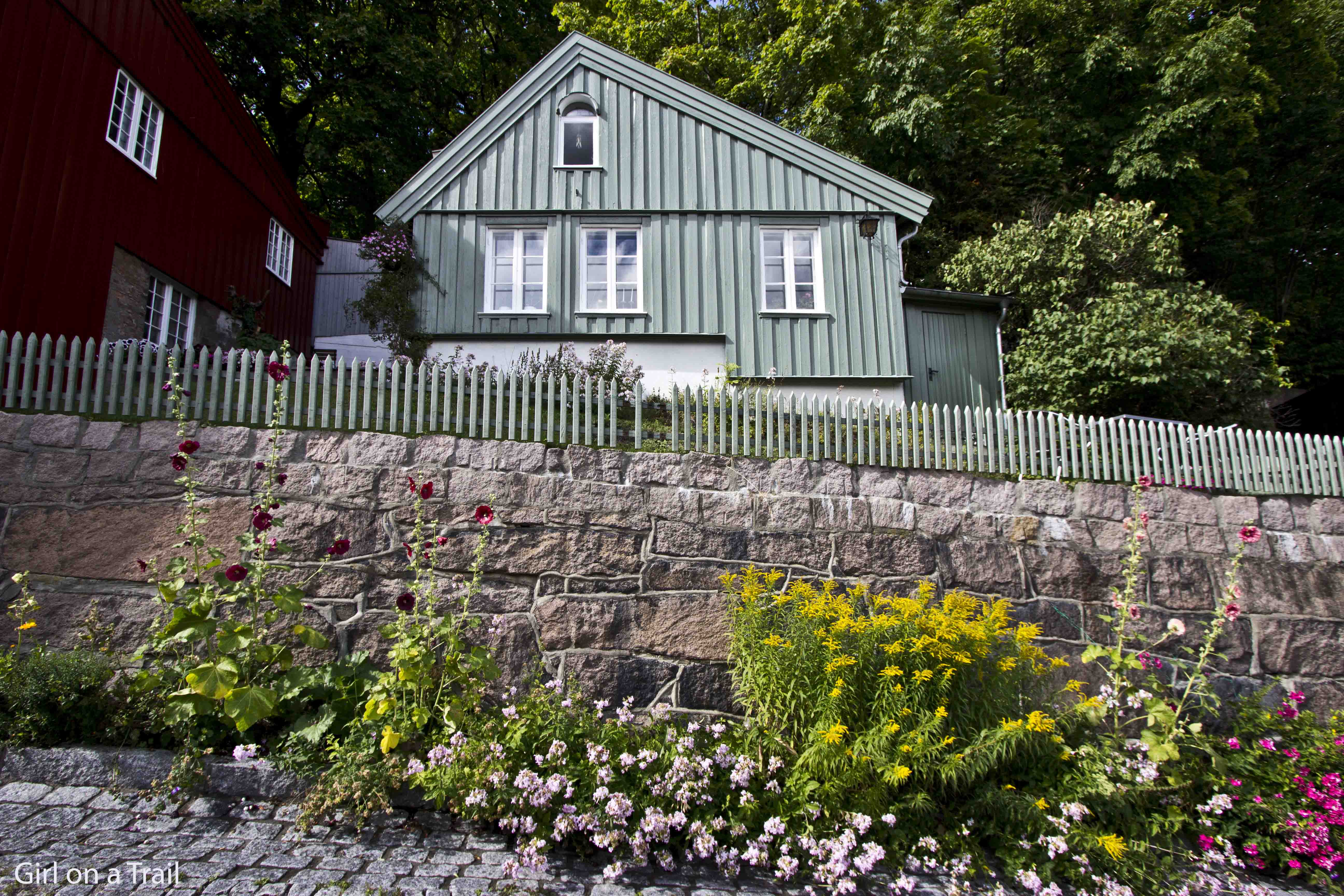 Foodies’ll find their place in Mathallen.  You can drink excellent coffee here or try local specialities. Prices are little lower in comparison to other restaurants in Oslo, and there’re always a lot of people here. 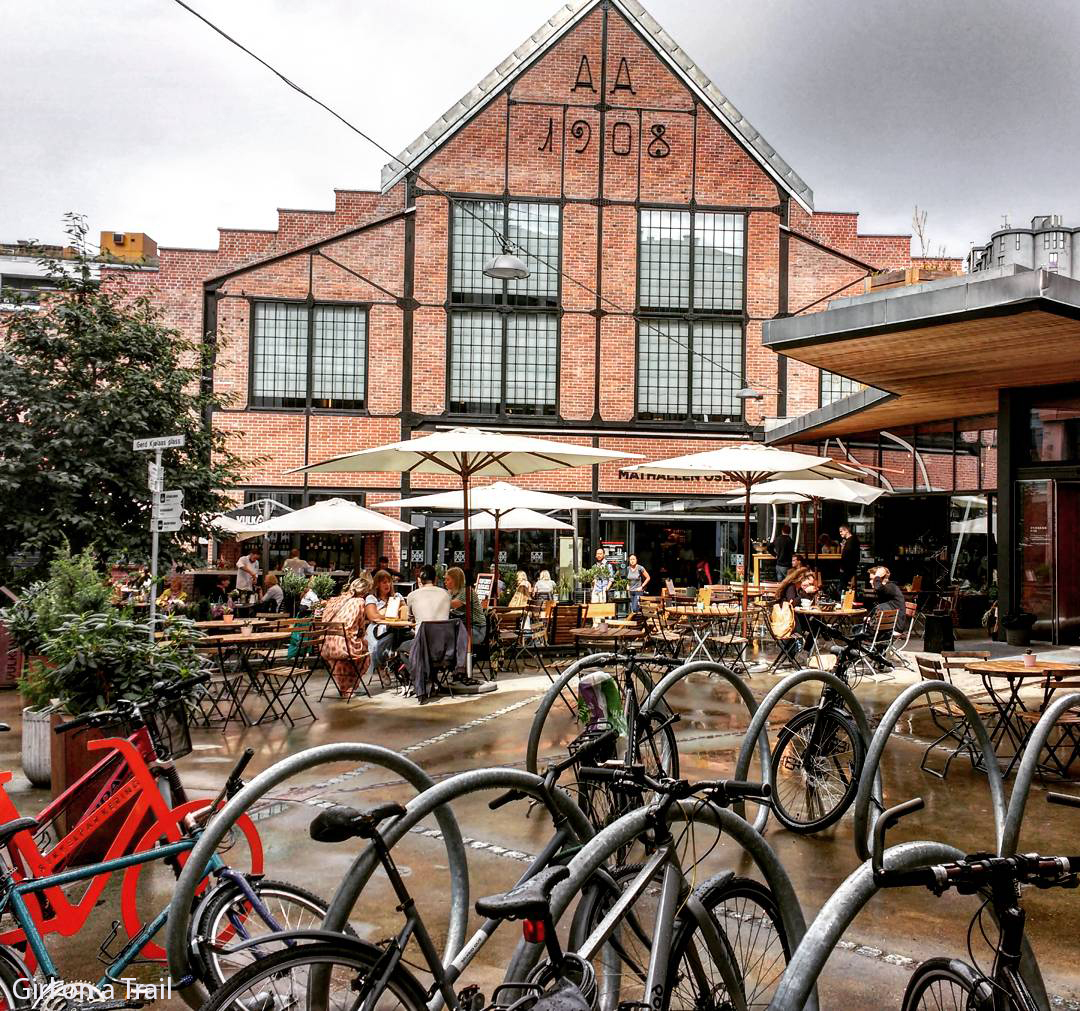 The second interesting place is the Ostbahnhallen – food market, located in the building of the former station. 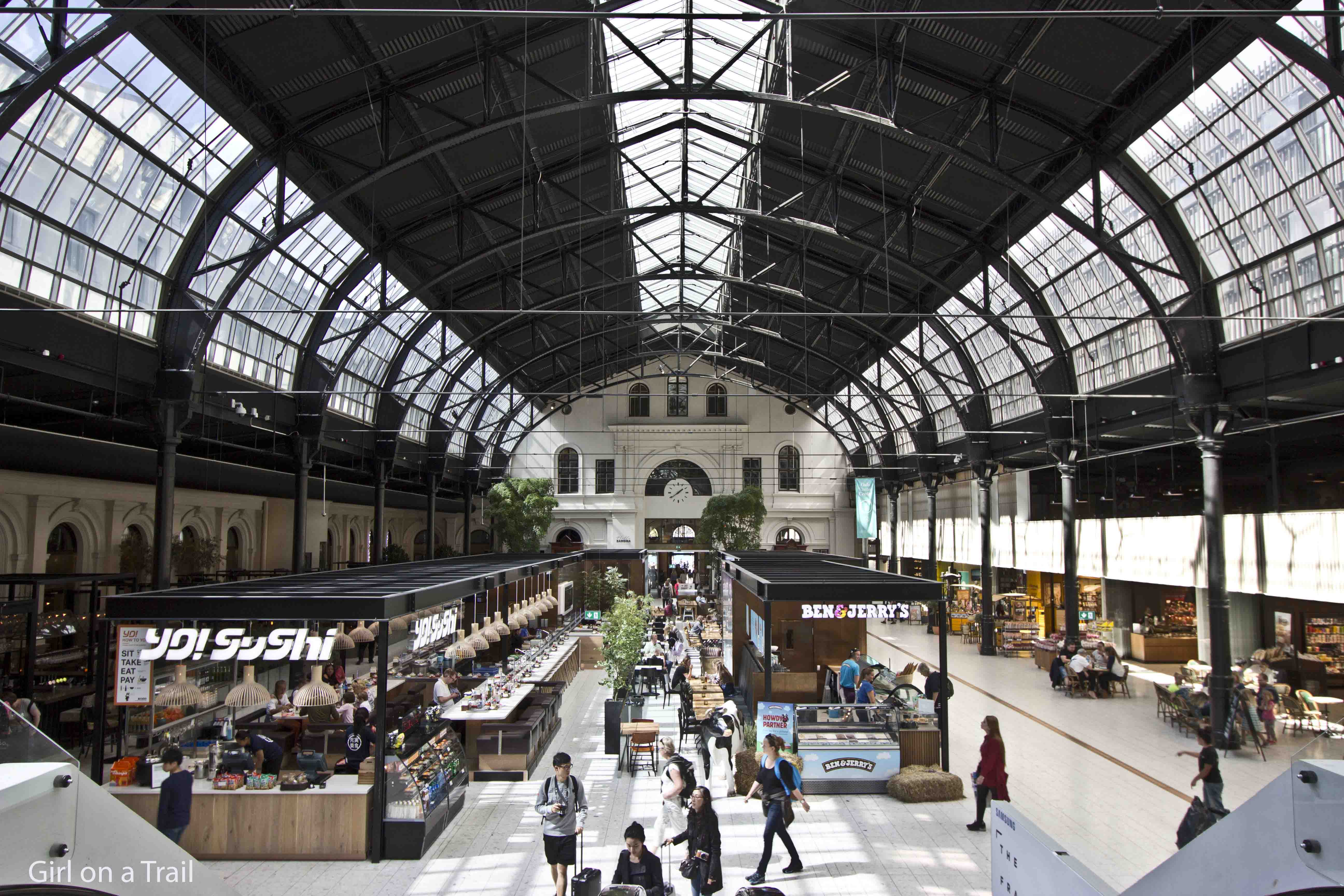 Undoubtedly, Oslo is a really expensive city but it can be visited in one day relatively cheap. In my opinion it’s very good destination for a short, weekend break, what do you think?