The Basque Country connotes with the separatist aspirations and ETA activity. As a matter of fact, ETA announced a definite ceasefire in 2011 but only recently, because in 2017, they surrendered an armed arsenal which was in their possession. 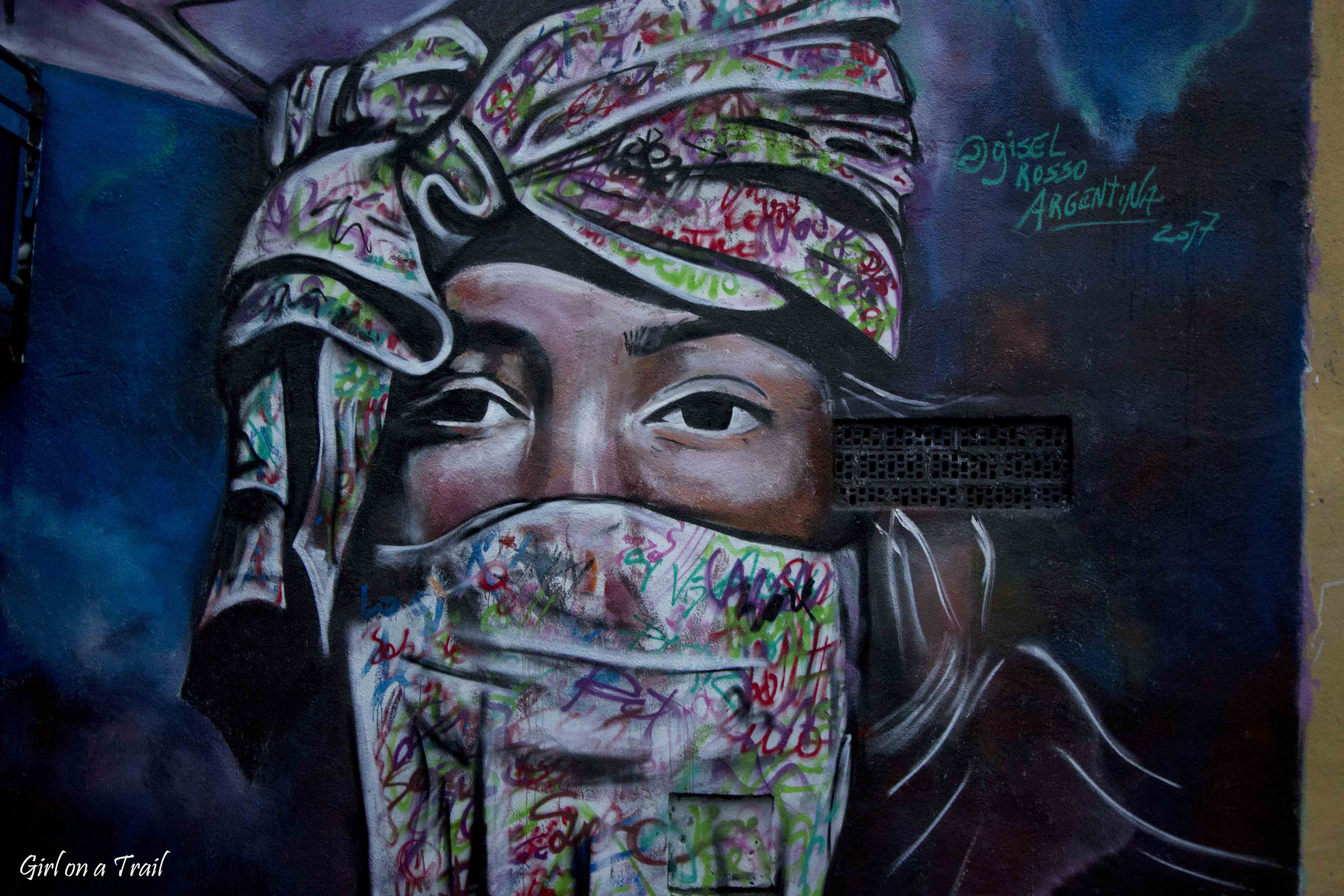 In the memory of many people, there are still “spectacular” ETA actions, like the bombing of a car with Spanish Prime Minister Luis Carrero Blanco inside. The power of the explosion was so strong that the Prime Minister’s car flew over the roof of the nearby building and landed on the other side of it.  Another terrorist attacks were in 2002 in Seville during the EU summit and in 2006 on Madrid Airport. 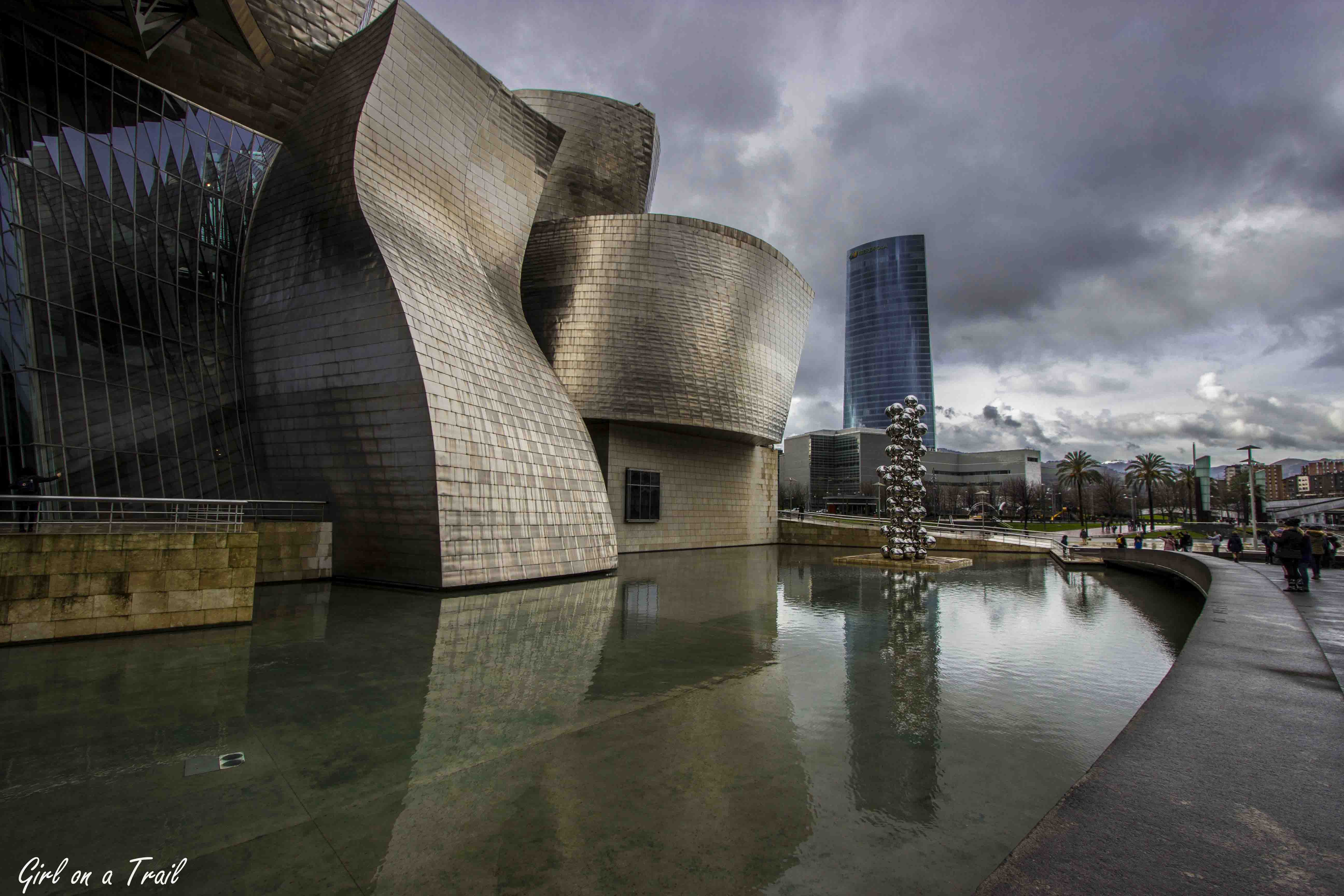 Regardless of the official ceasefire, there is no doubt that ETA will not resume its activity, because it backtracked from its assurances many times. Although little time has passed since this events, during buying flight tickets to Santader I decided to visit Basque Country, in Spain known also as Pais Vasco. 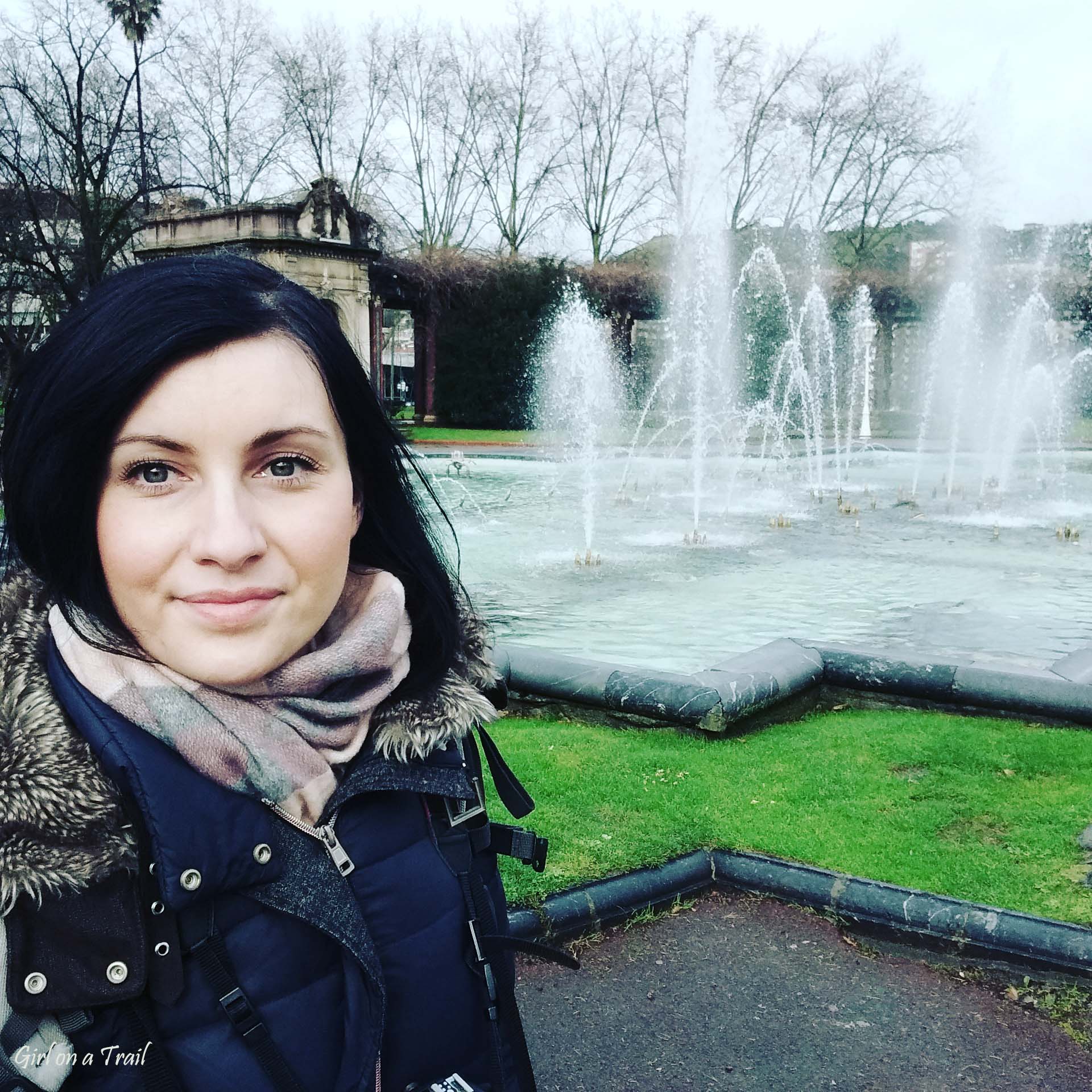 What were the reasons for my decision? It may be surprising, but mostly curiosity. I wanted to see how the Basque Country looks like, how it is living here and, above all, as far as possible, how the mood of society is shaped towards not only the stormy history, but also the future of this autonomy. 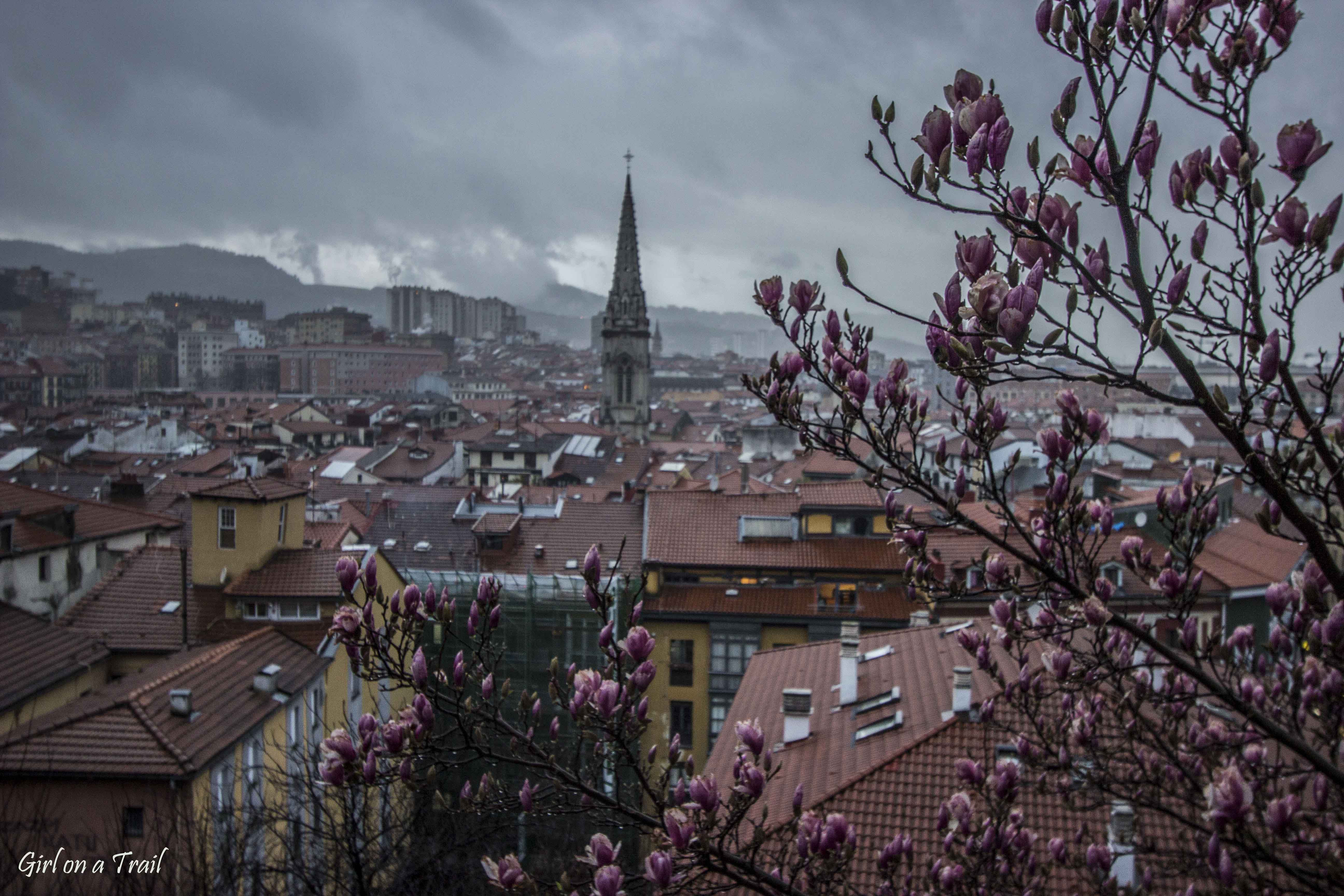 In Poland we say that curiosity is the first step to hell (English version – curiosity killed the cat), but after visiting the Basque Country with full awareness I can say that if this’s what hell is supposed to look like, I could settle in it 😉 During my stay there I visited Bilbao – the capital of the province of Bizkaia and San Sebastian in Gipuzkoa province. 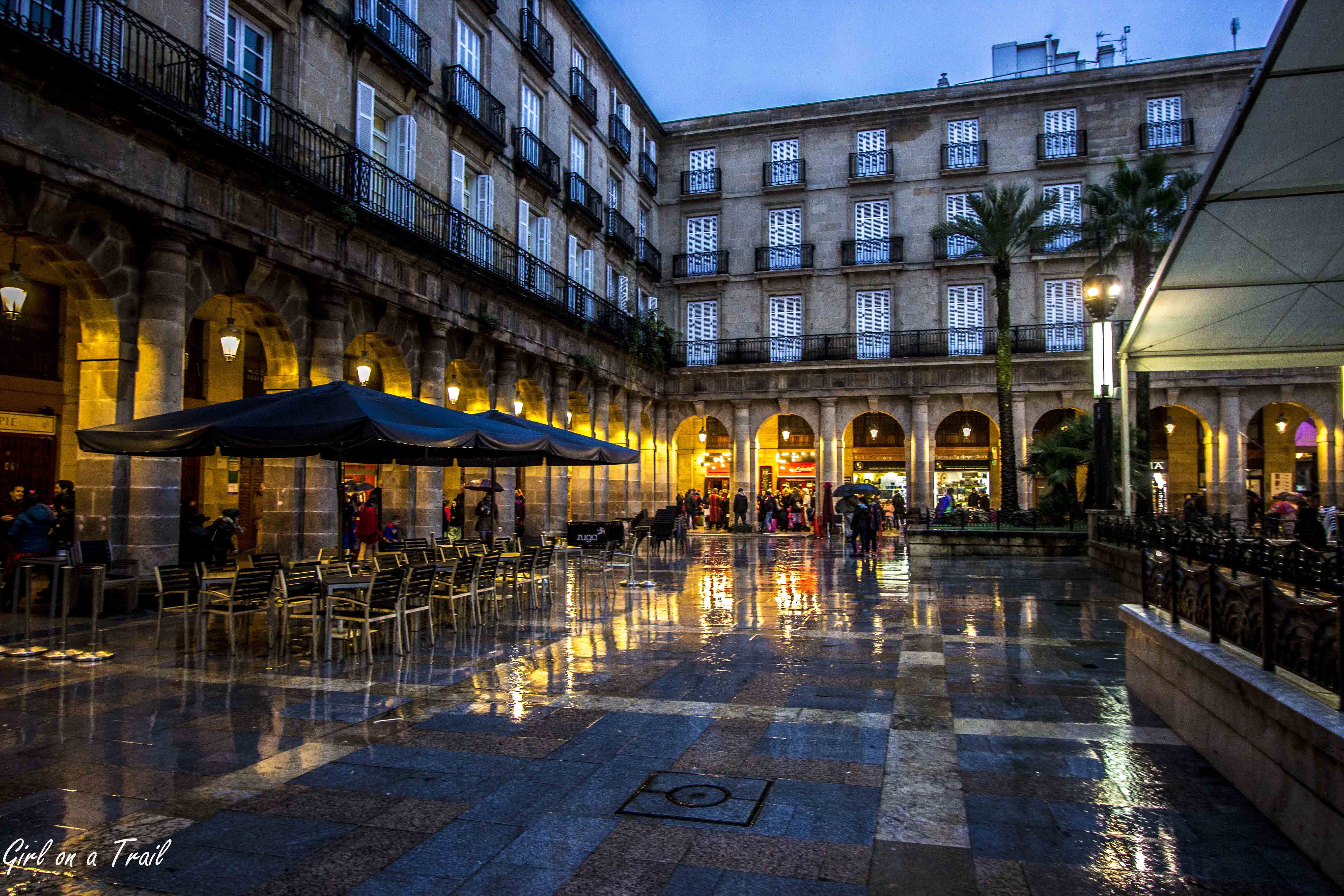 The first thing which strikes in the eye during a visit to the Basque Country is a language called Euskadi. It’s true that they speak Spanish every day, while information on the streets or in the public spaces in the first place is written in Basque and then in Spanish. It often causes confusion, for example, if you want to go to San Sebastian, you should buy a ticket to Donostia, because this is how the city is called in Basque language. 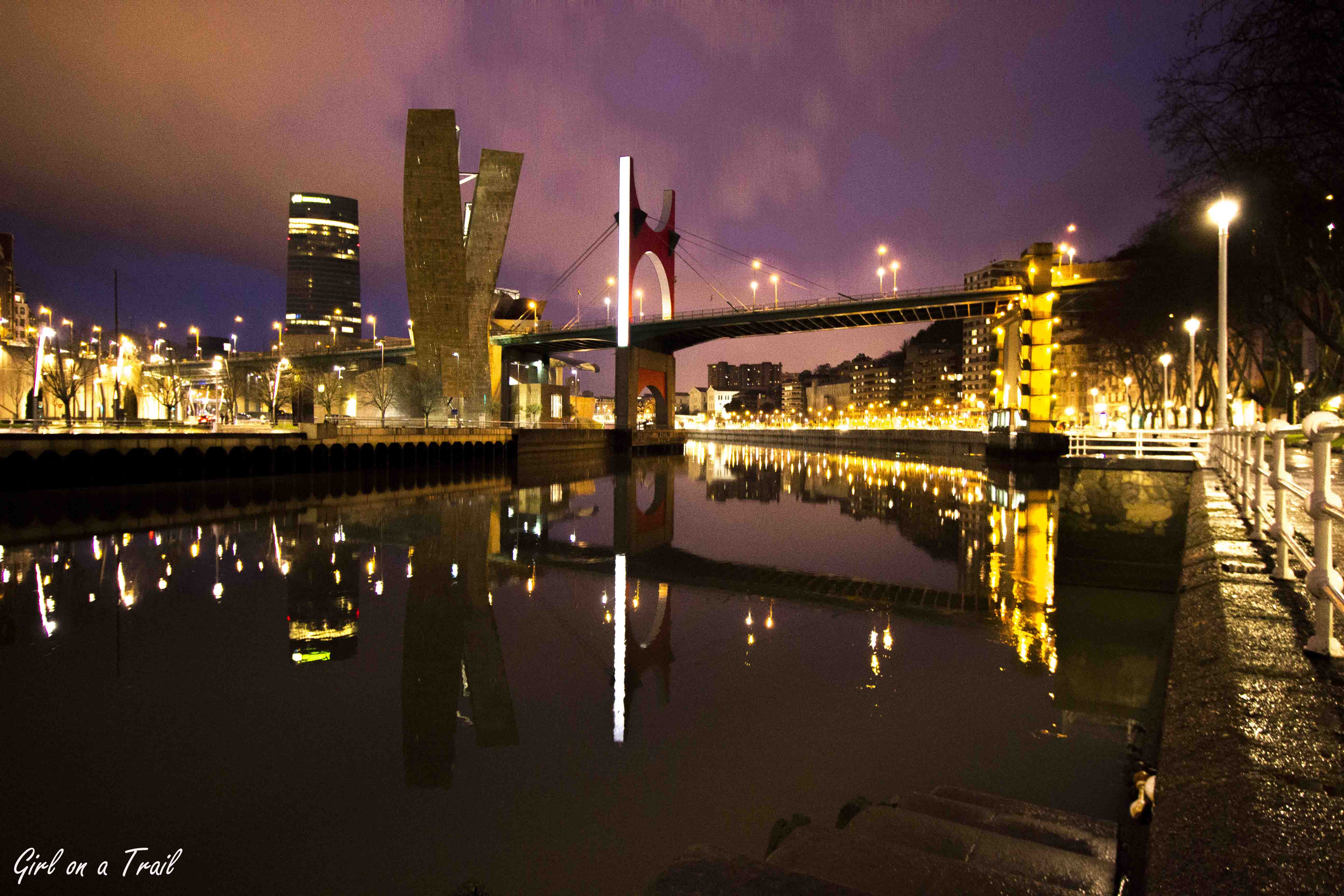 On the basis of a number of talks carried out with local residents, I learnt that knowledge of this language is necessary to full assimilation in this hermetic environment and it’s often required by employers. 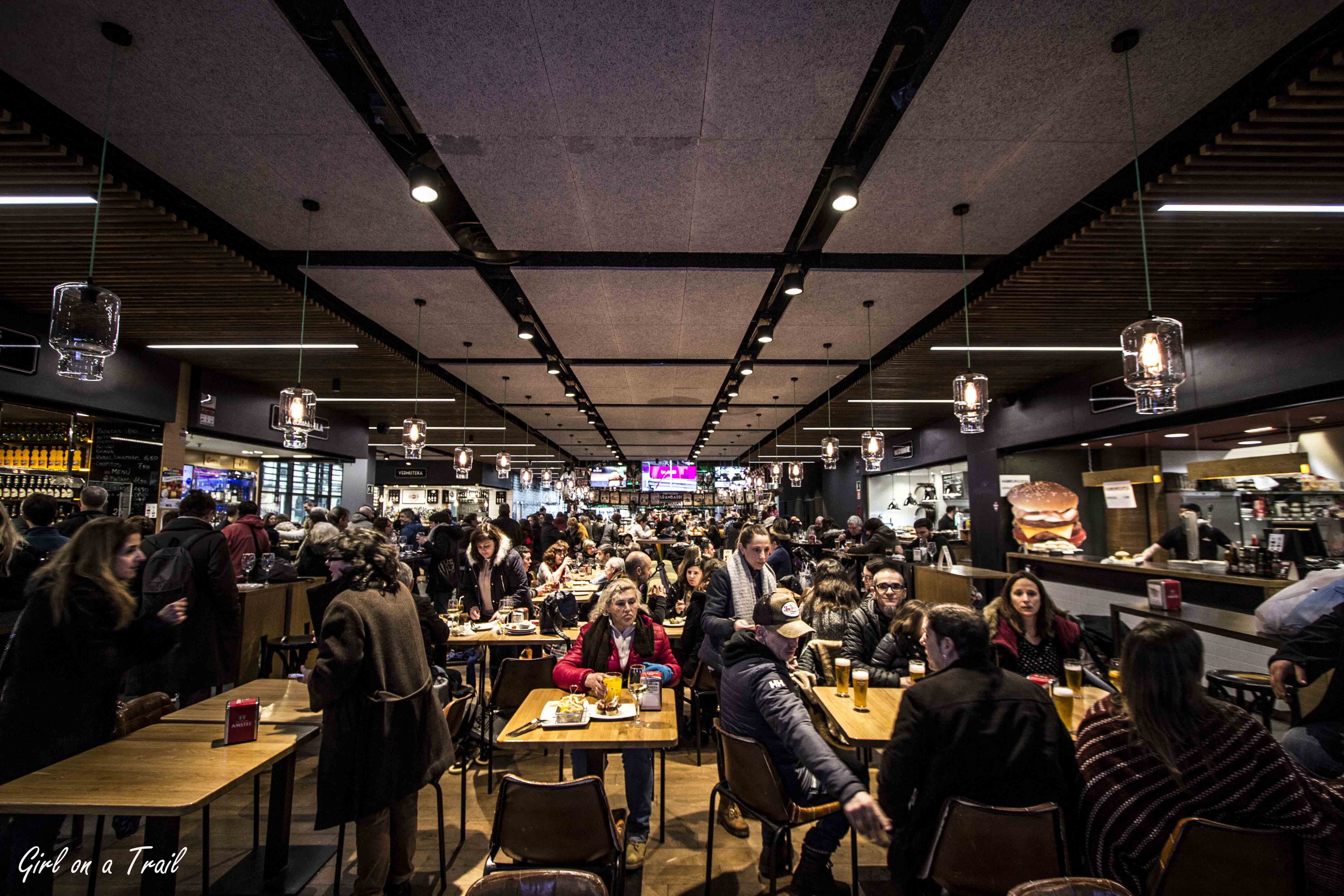 What’s more, the Basques emphasize their individuality even within their own community. I had a chance to talk with one Polish girl who lived in San Sebastian for a year. According to her account, the Basques are very attached to their close circle of friends and are reluctant to include other people to it. 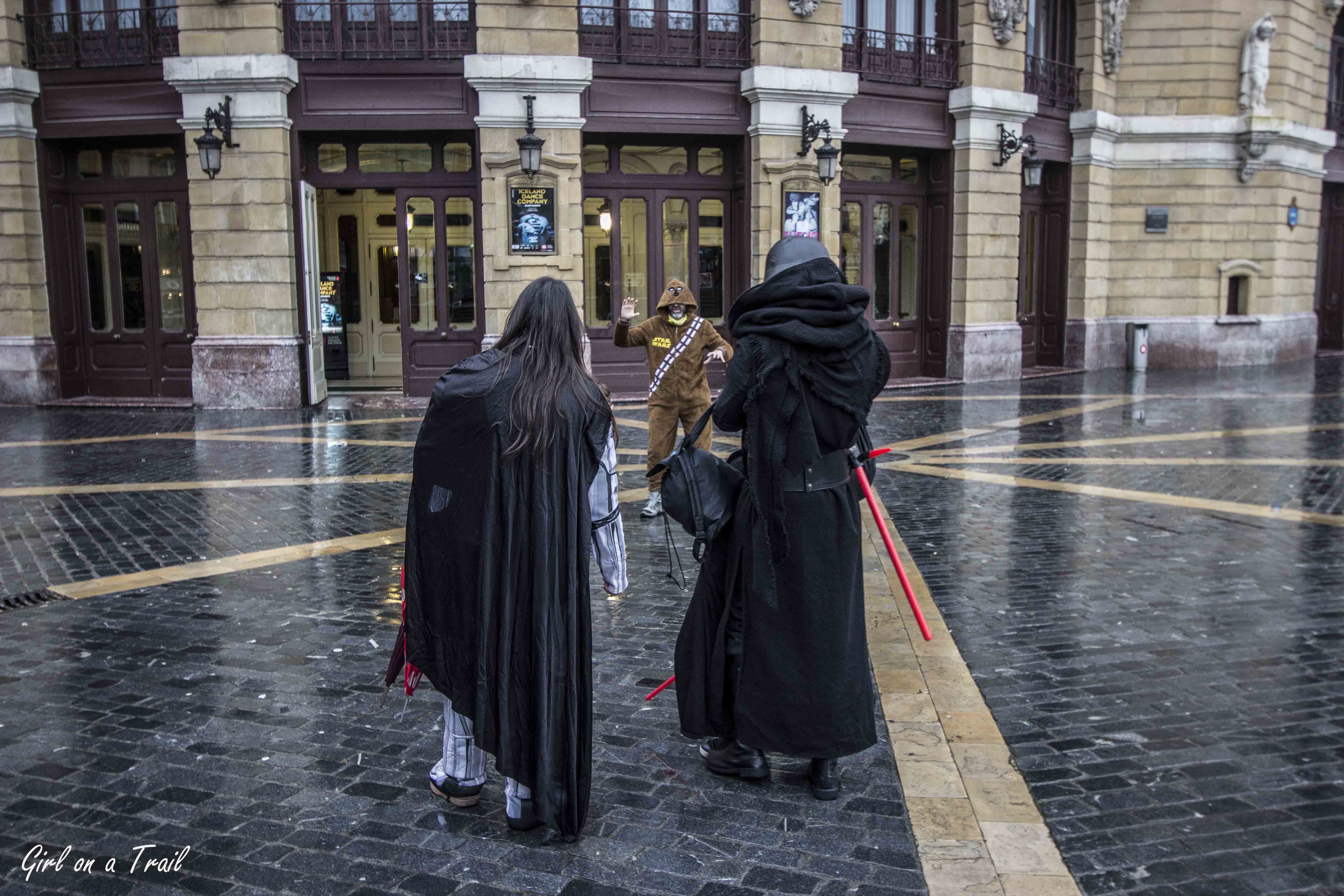 My departure to the Basque Country coincided with the last days of carnival when the all Basques celebrated the so-called Fiesta de disfraces, known as a costume party. In spite of the terrible rainy weather, the streets of San Sebastian and Bilbao were full of colours. 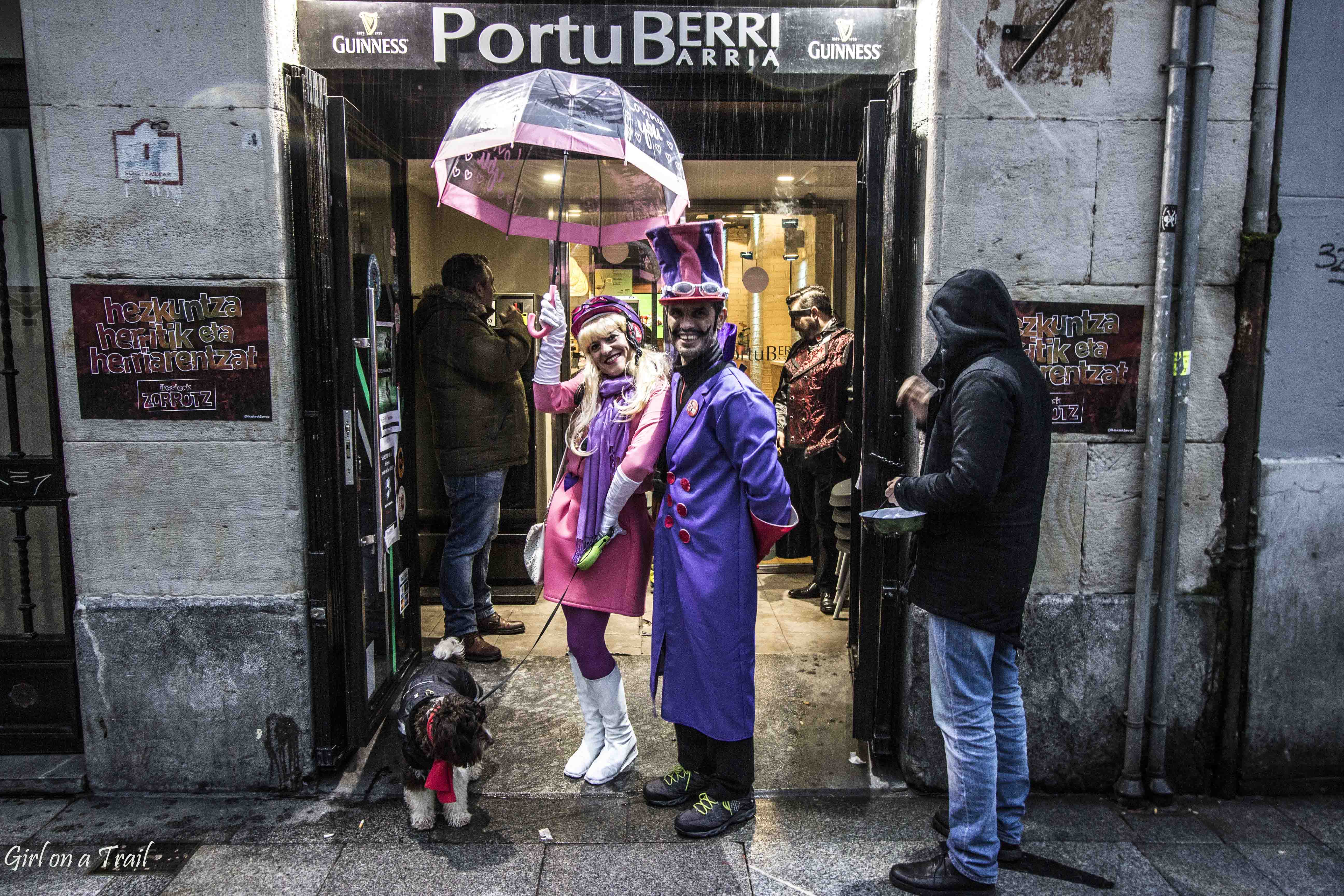 All of them, both children and adults, were dressed in all kinds of fancy dresses, and the whole party was something like pub crawling. Watching this whole event, I also felt that despite openness and conviviality, they enjoyed the party mainly in their groups. 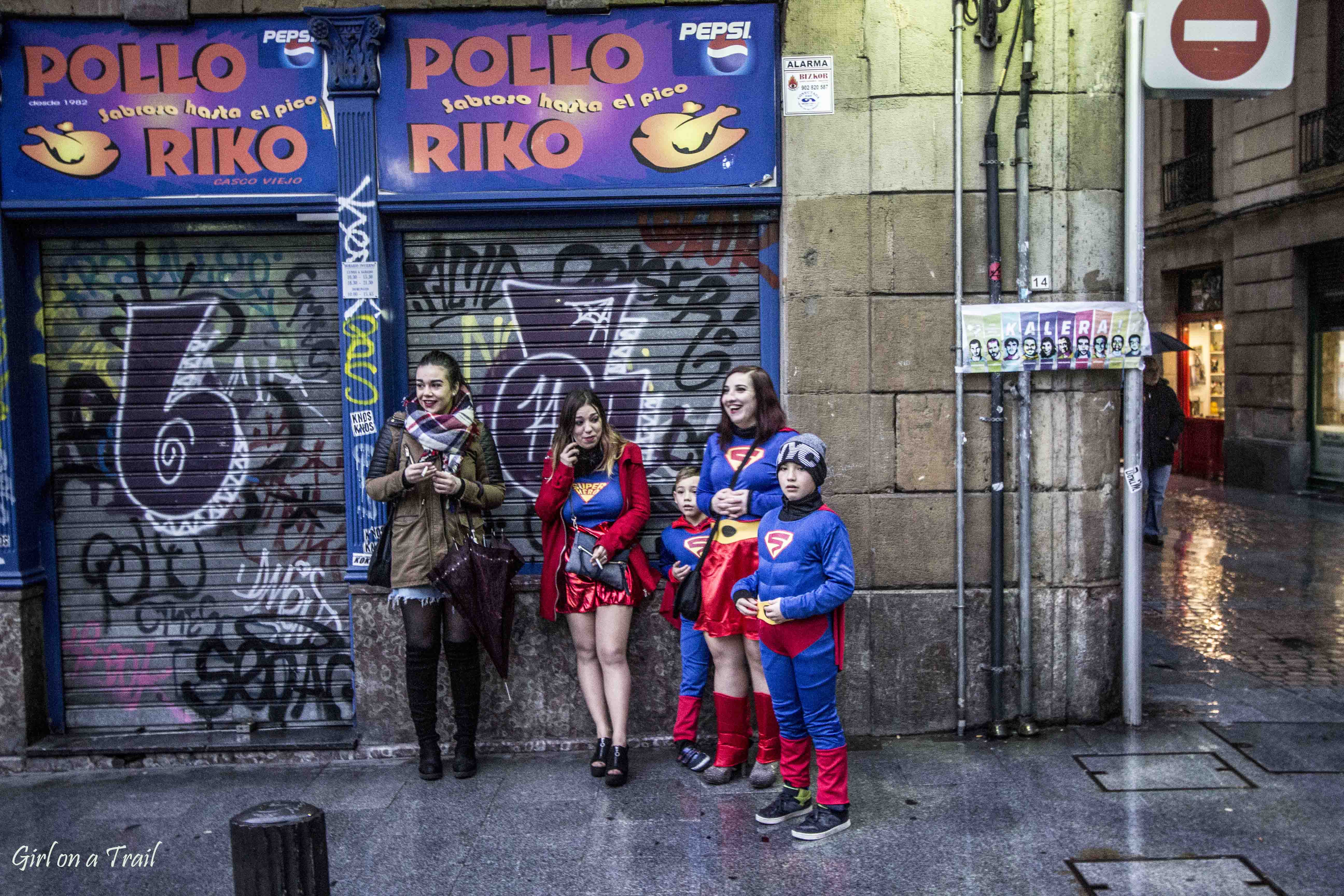 During the dictatorship of gen. Franco popular was called. txoko known as a culinary club. Meetings of these clubs focused mainly on cooking and speaking in native language. 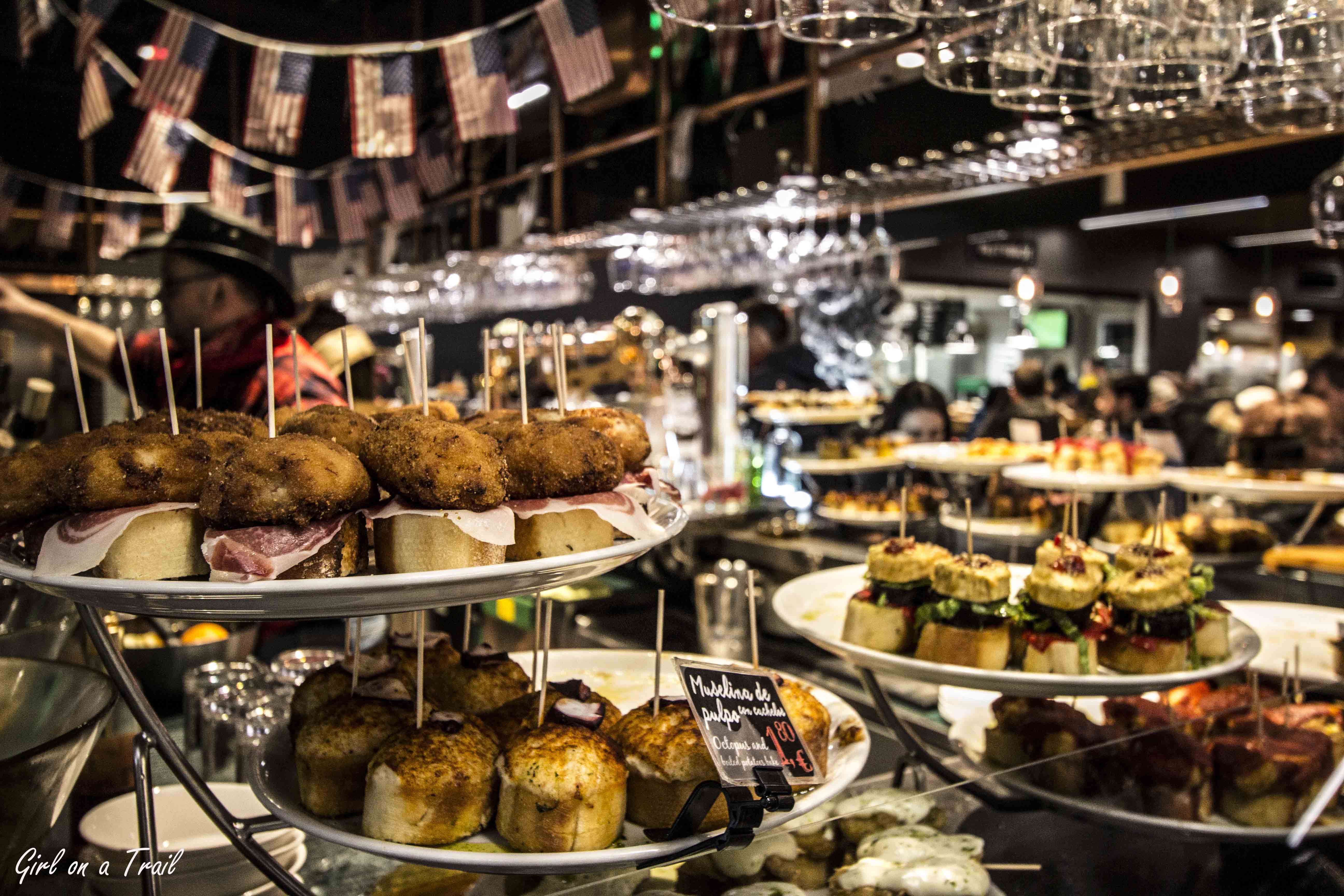 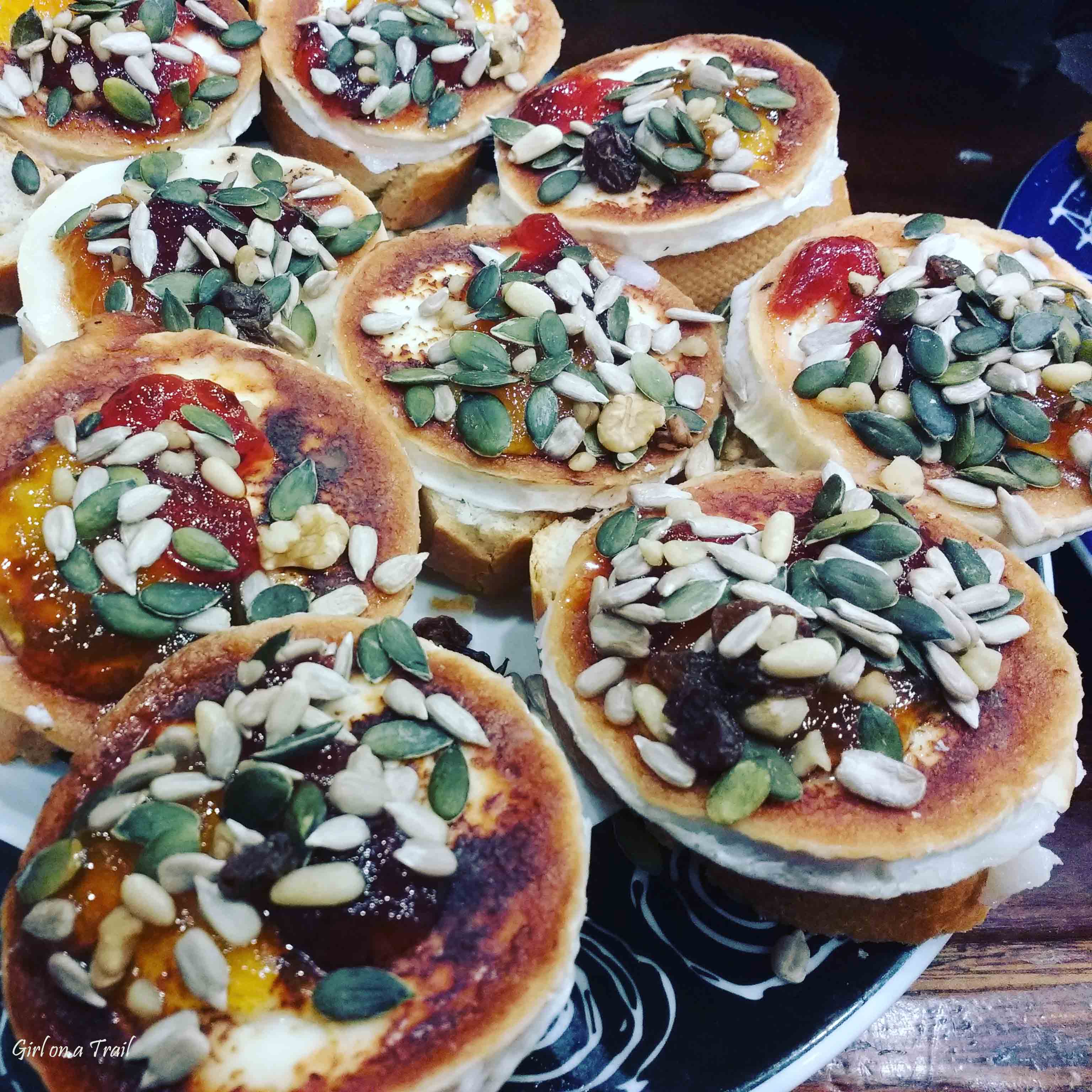 It was the only opportunity to  use the Euskadi freely that was banned during Franco’s time. However, the most surprising thing is that these clubs consisted exclusively of men and women could not attend these meetings. Today, the times have changed, and women can take part in them while cooking is still the domain of men. 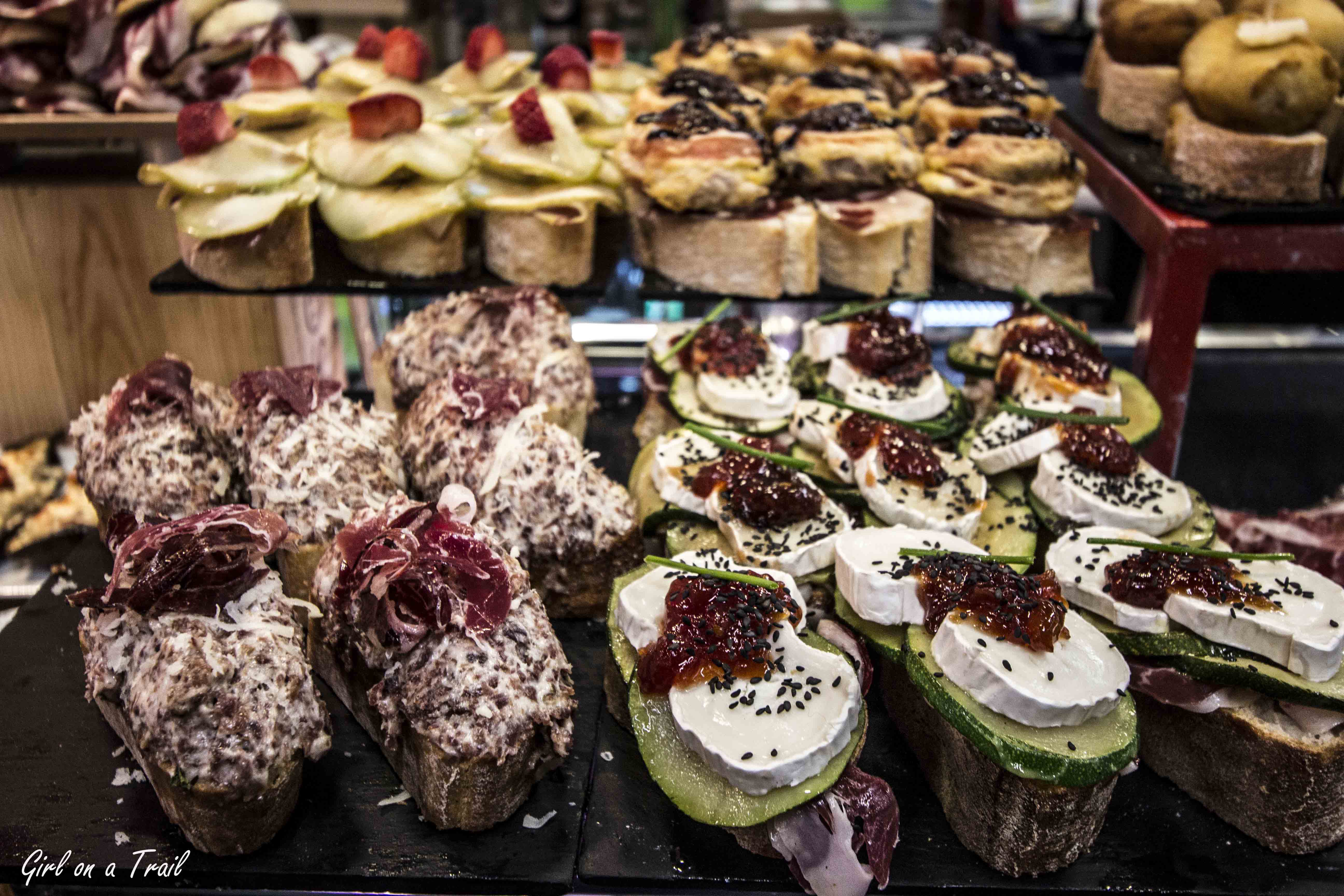 It’s worth to mention that the Basque Country has 40 restaurants marked by Michelline, and most of them are in San Sebastian. Basque cuisine is considered one of the best in the world. It is based on fresh local products. It’s seasonal, individual products are used depending on the season and in order to extract the natural taste, spices are limited to a minimum. 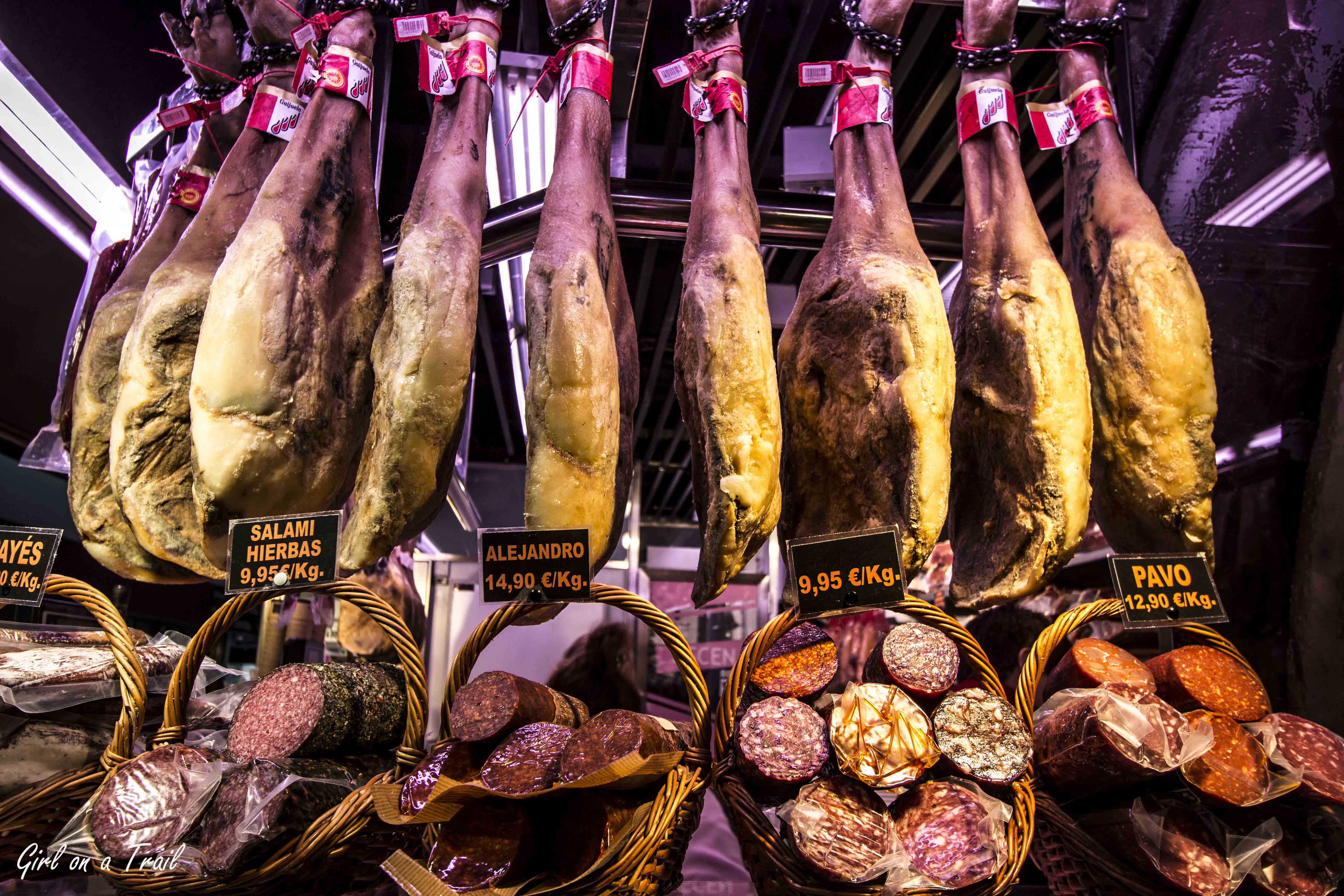 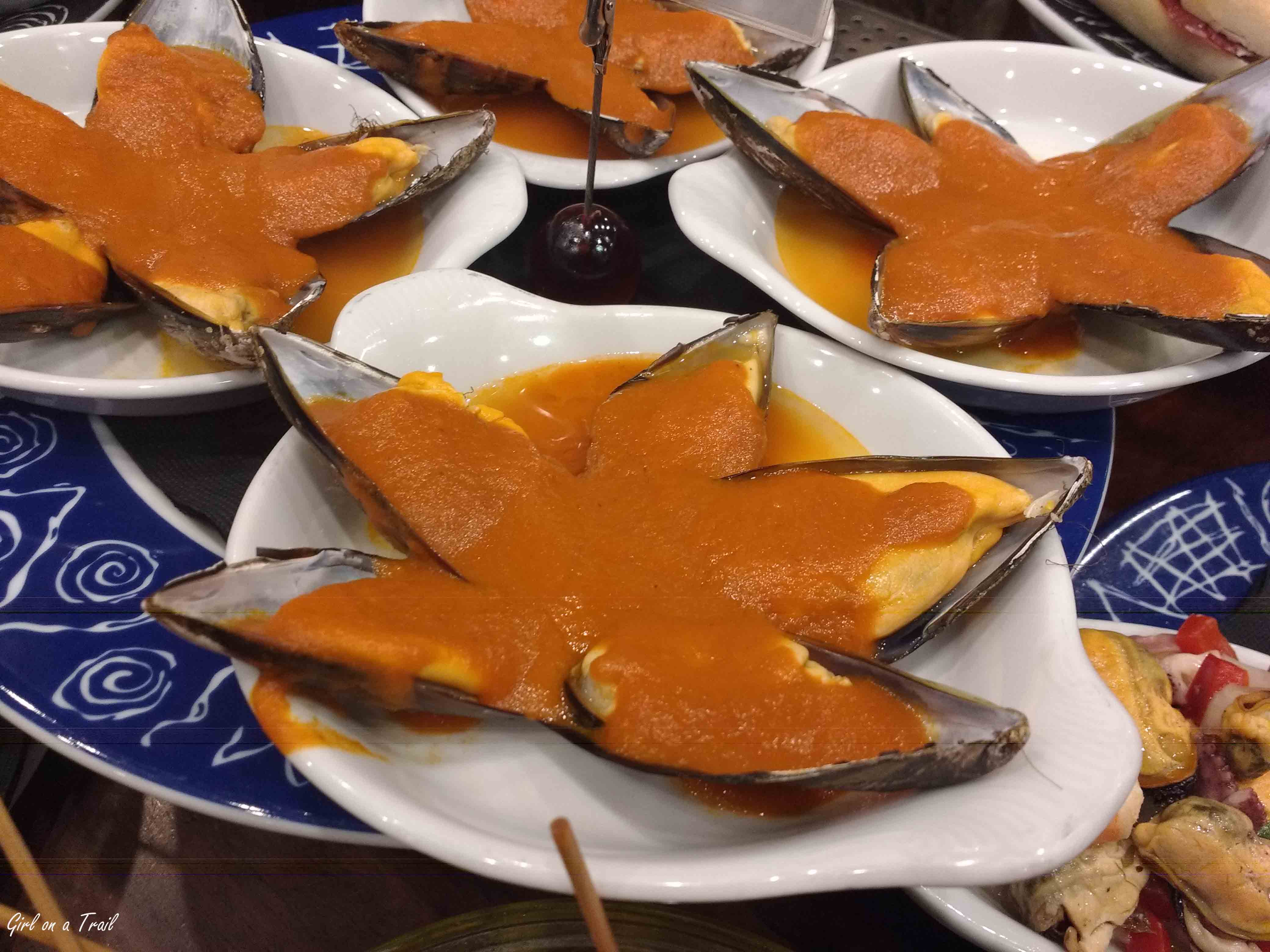 While in Spain snacks are called tapas, in the Basque Country you can try pintxos. They are set on the counter at any bar or tavern. The pintxos occur in the form of small sandwiches with a variety of ingredients. And their choice gives a real vertigo connected with slavering 😉 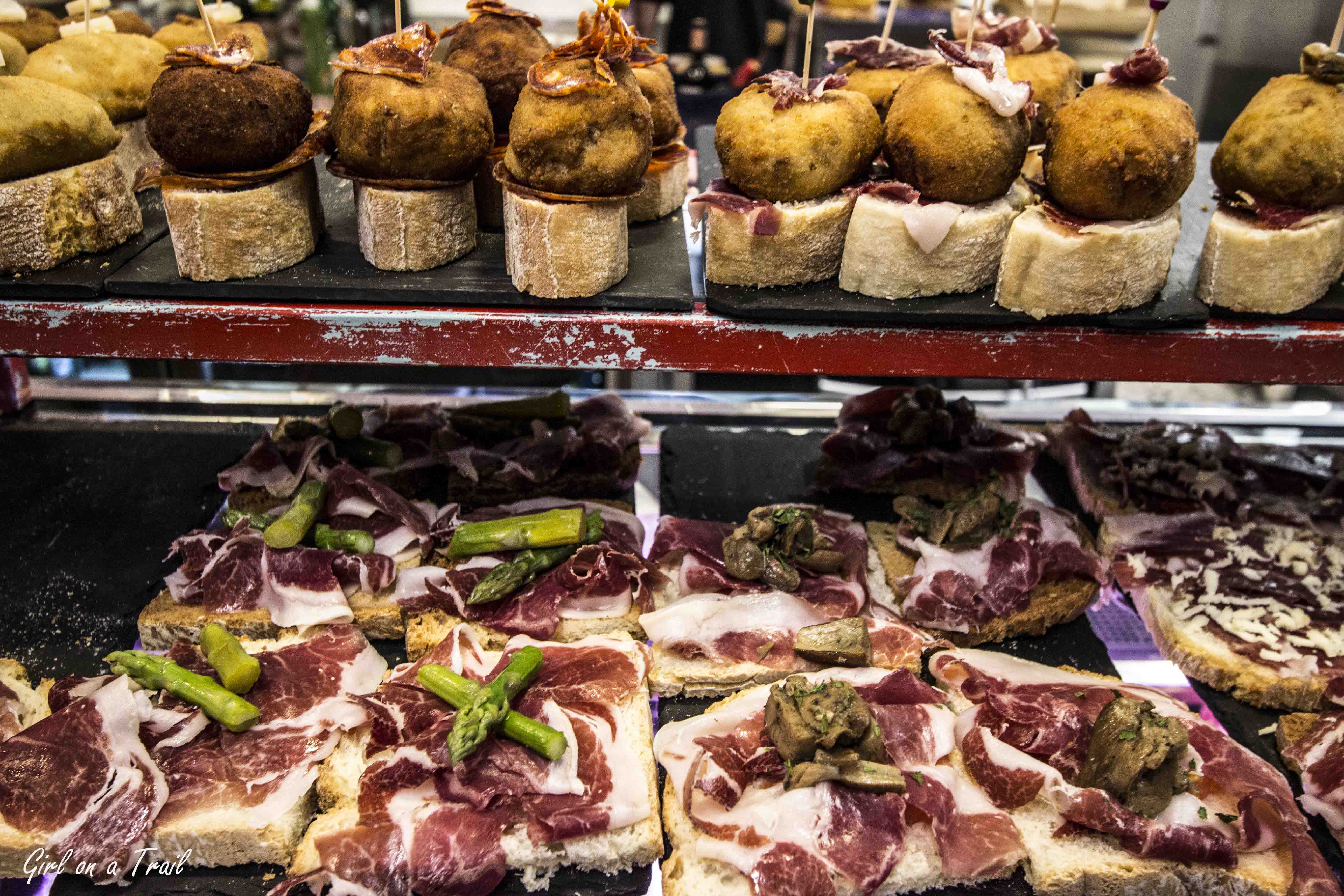 Popular are also chipirones – similar to squid seafood, served with black sauce made from their ink, as well as other seafood served in different ways. 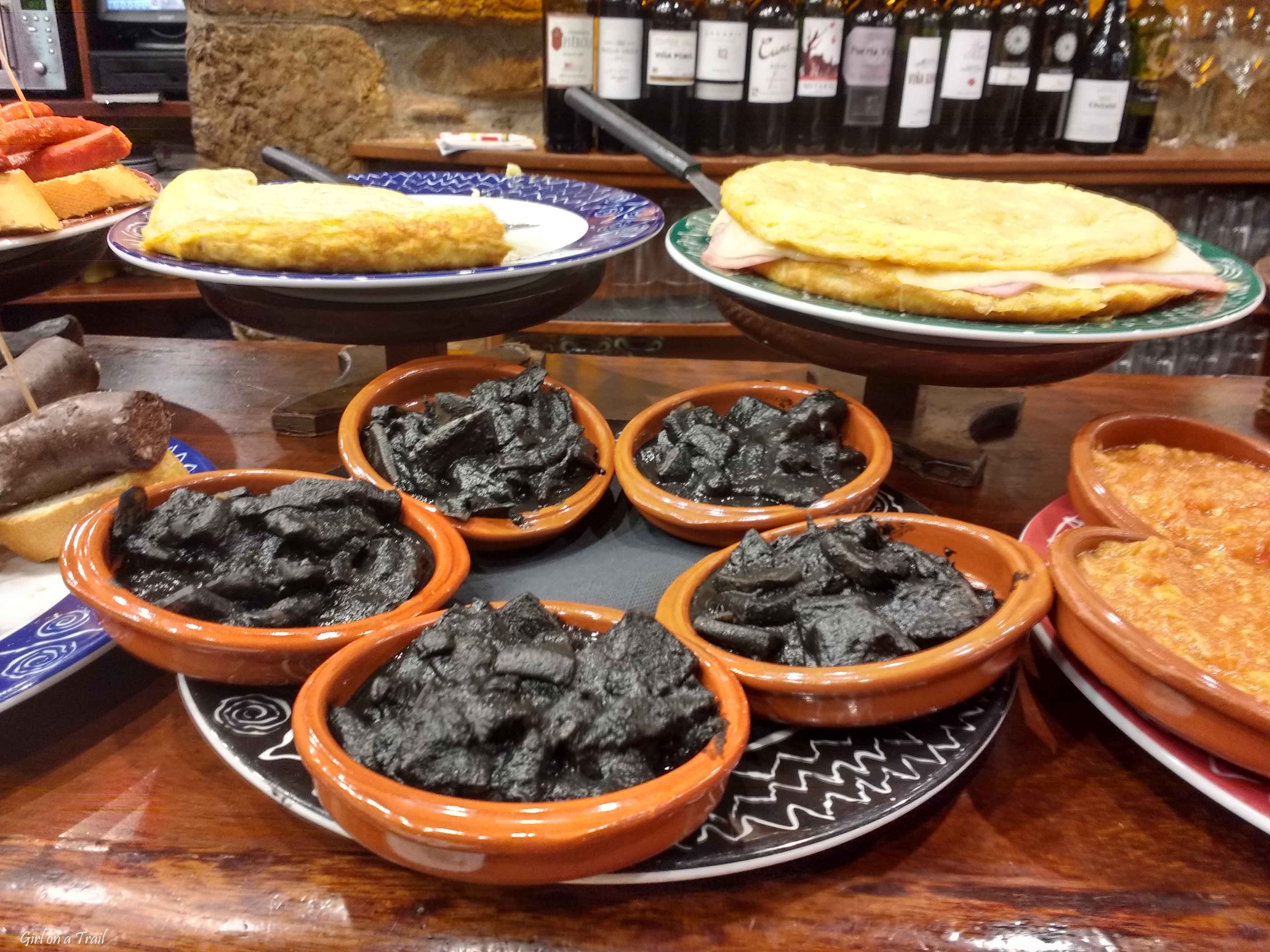 In addition to the pintxos, there are also so-called raciones, which are portions of snacks, for example popular patatas bravas – potatoes with sauces, fried calamari (calamares fritos), or ensaladilla rusa. The ideal place to taste Basque delicacies is Mercado de la Ribera – a huge indoor bazaar in Bilbao, where you can find numerous stands with pintxos and try excellent local wine or cider. In Bilbao I also recommend La Viña del Ensanche bar, located in the Abando district. 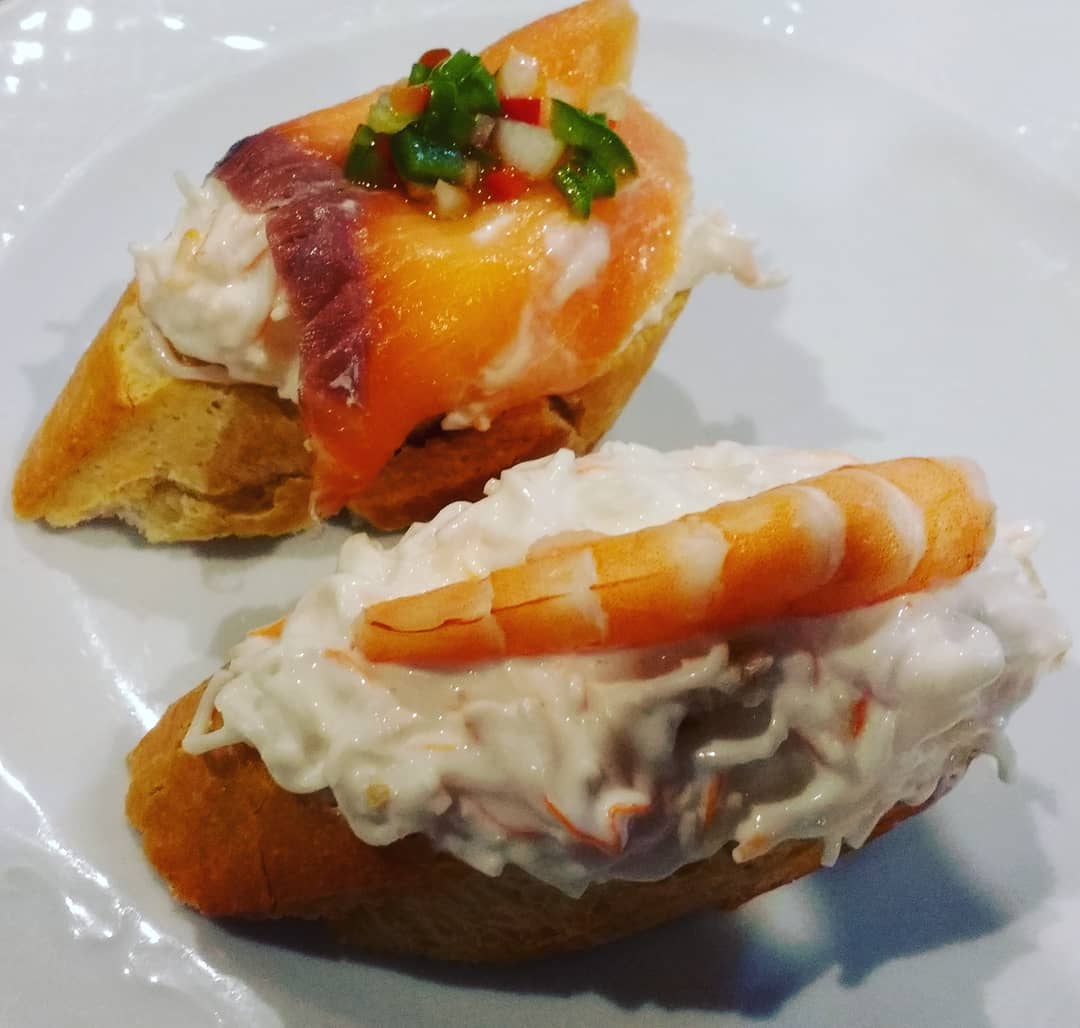 In addition to culinary attractions, the Basque Country surprises by its interesting architecture. like the Guggenheim Museum in Bilbao. Admission there is quite expensive because it costs € 13, but for abstraction fans (written by big A), it is certainly worth it. 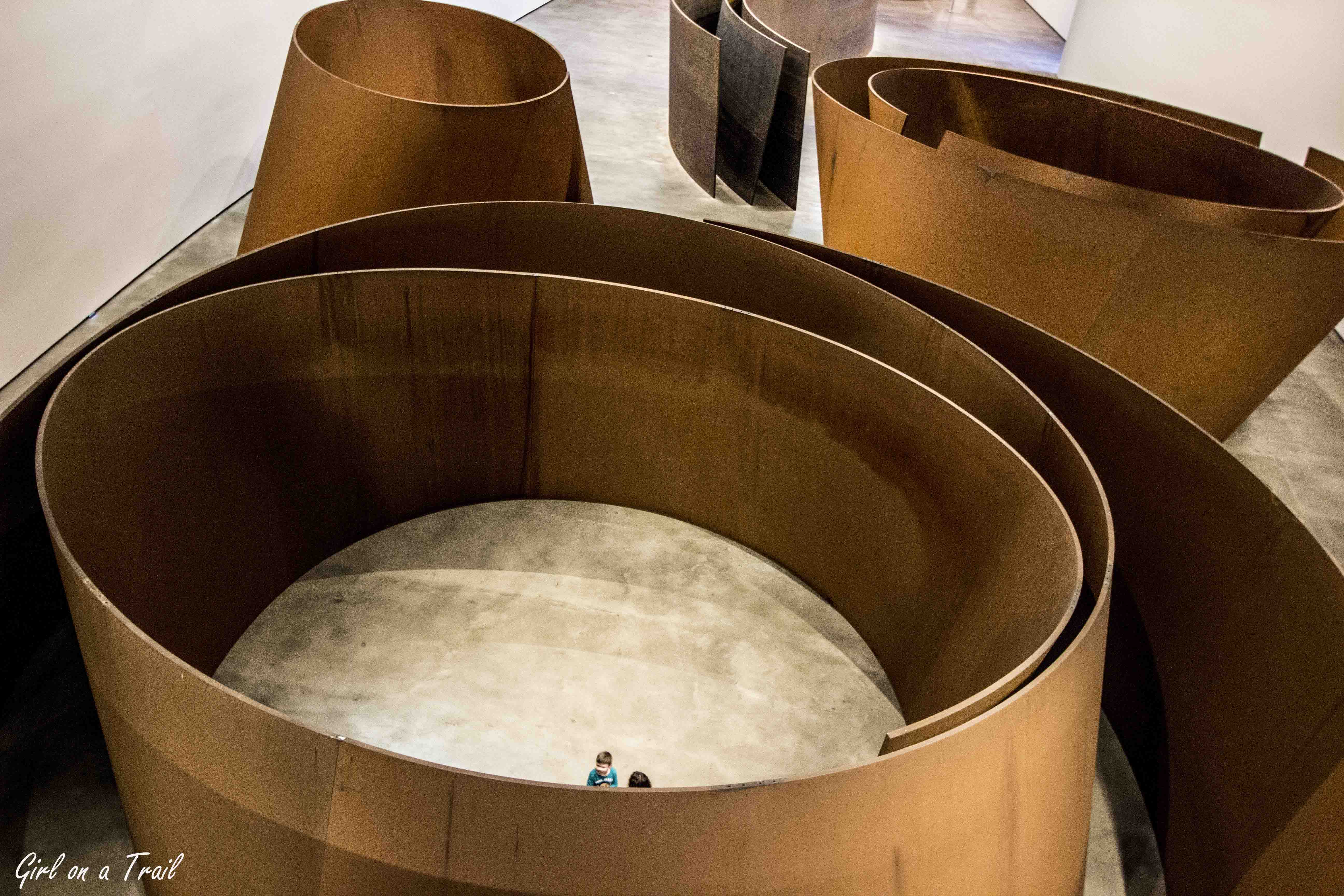 The building from the outside looks very surrealistic. I’ll not hide that I’m ignorant of architecture, but according to google suggestions, this is an example of deconstructivism mainstream, in my opinion this term is sufficient incentive to visit this place 😀 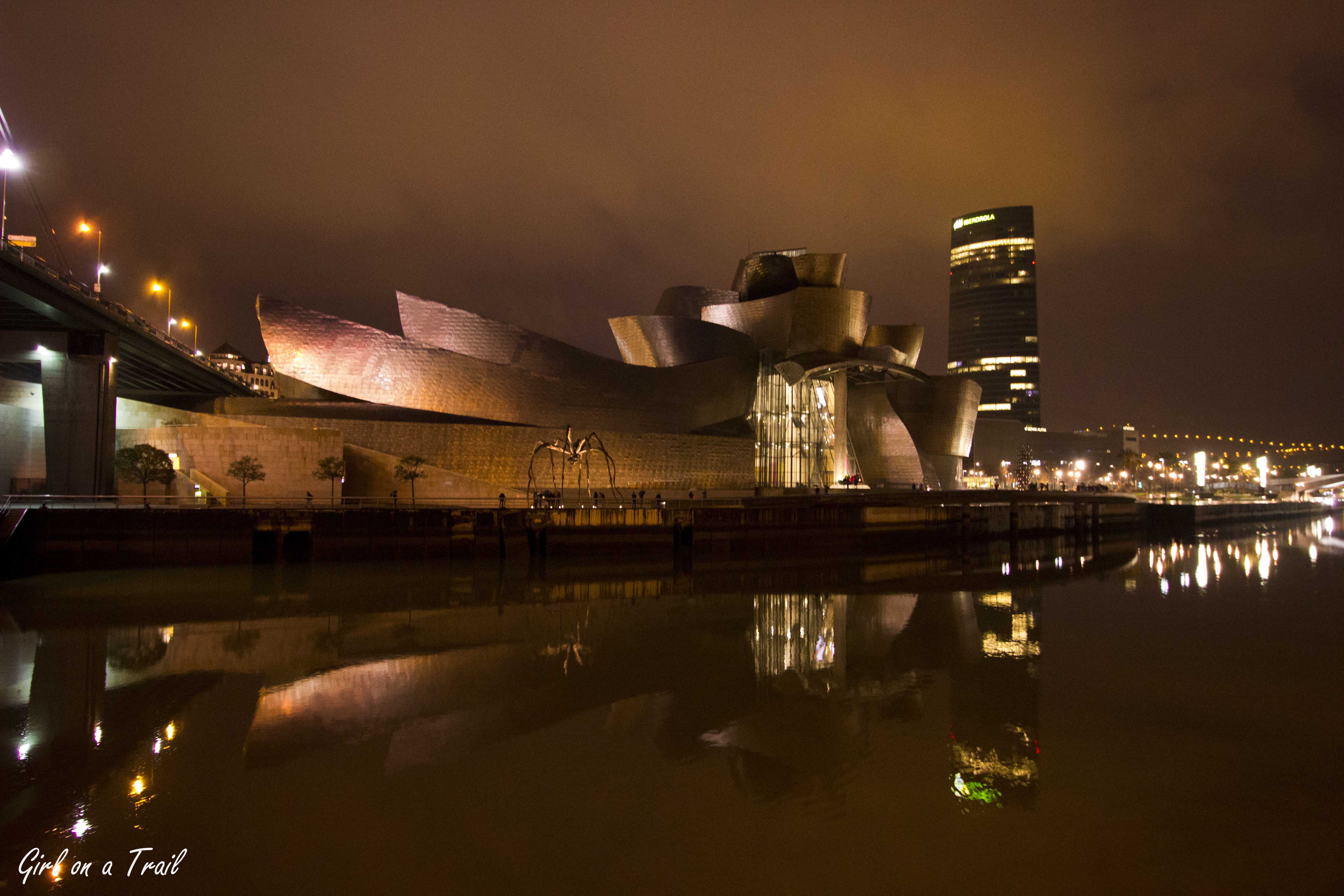 The museum building isn’t the only attraction in Bilbao, just in front of the entrance there’s a construction of a huge 13 meters high dog, made of flowers. Moreover, a few days before the official inauguration of the museum, the dog almost what would have been an object of terrorist attack of ETA, which wanted to place explosive materials inside it. 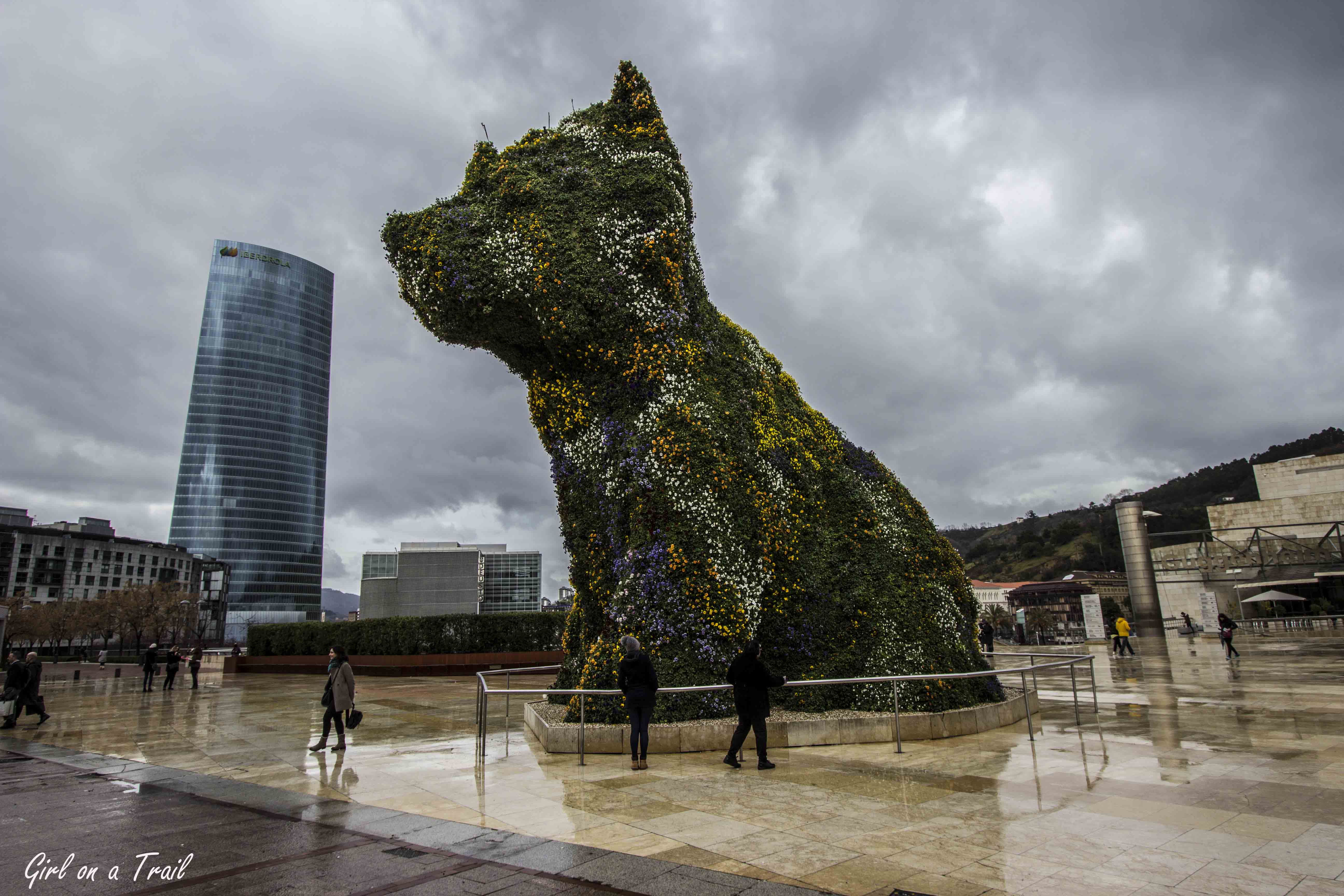 On the other side of the museum, there’a another attraction  – a huge, 10-meter high spider. 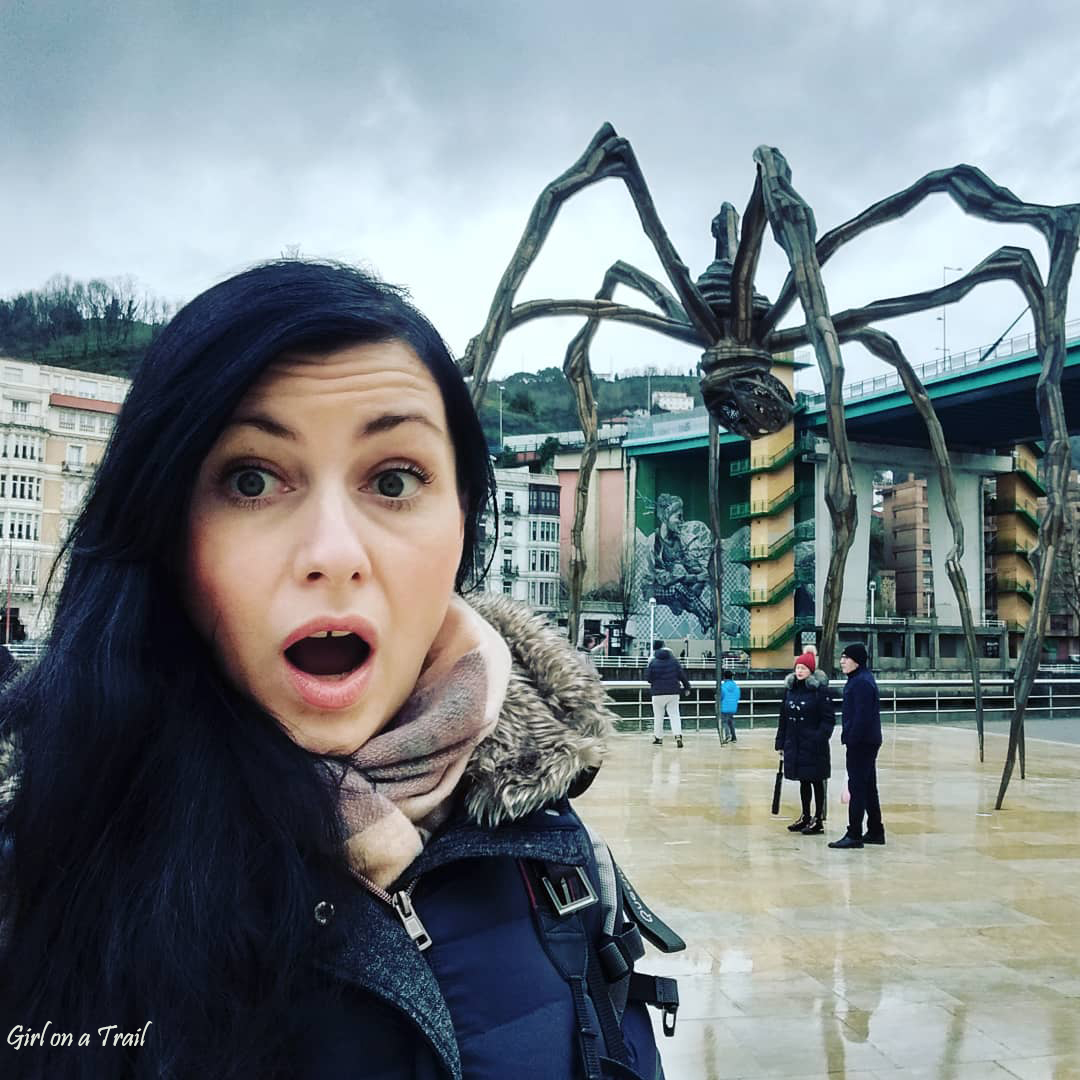 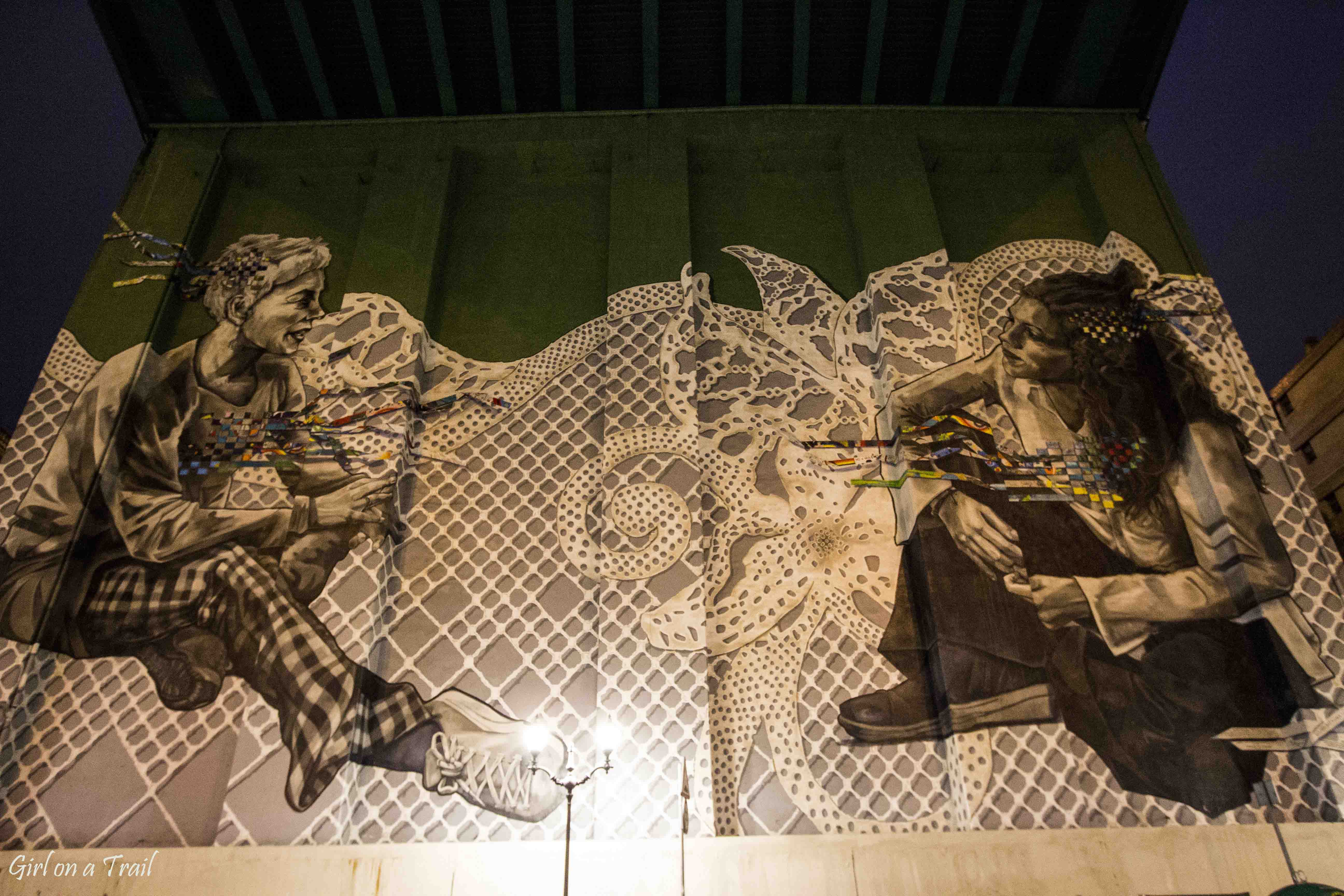 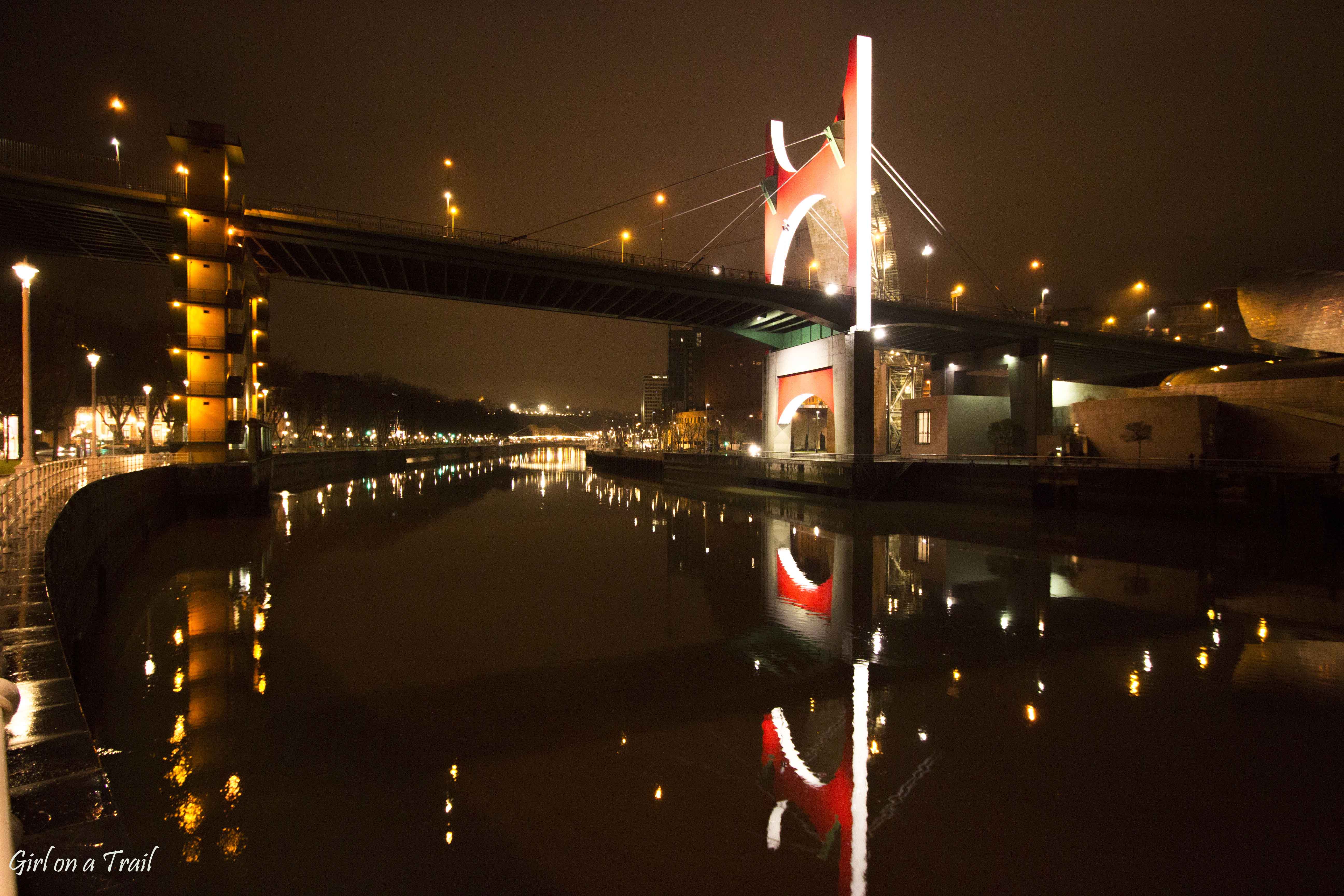 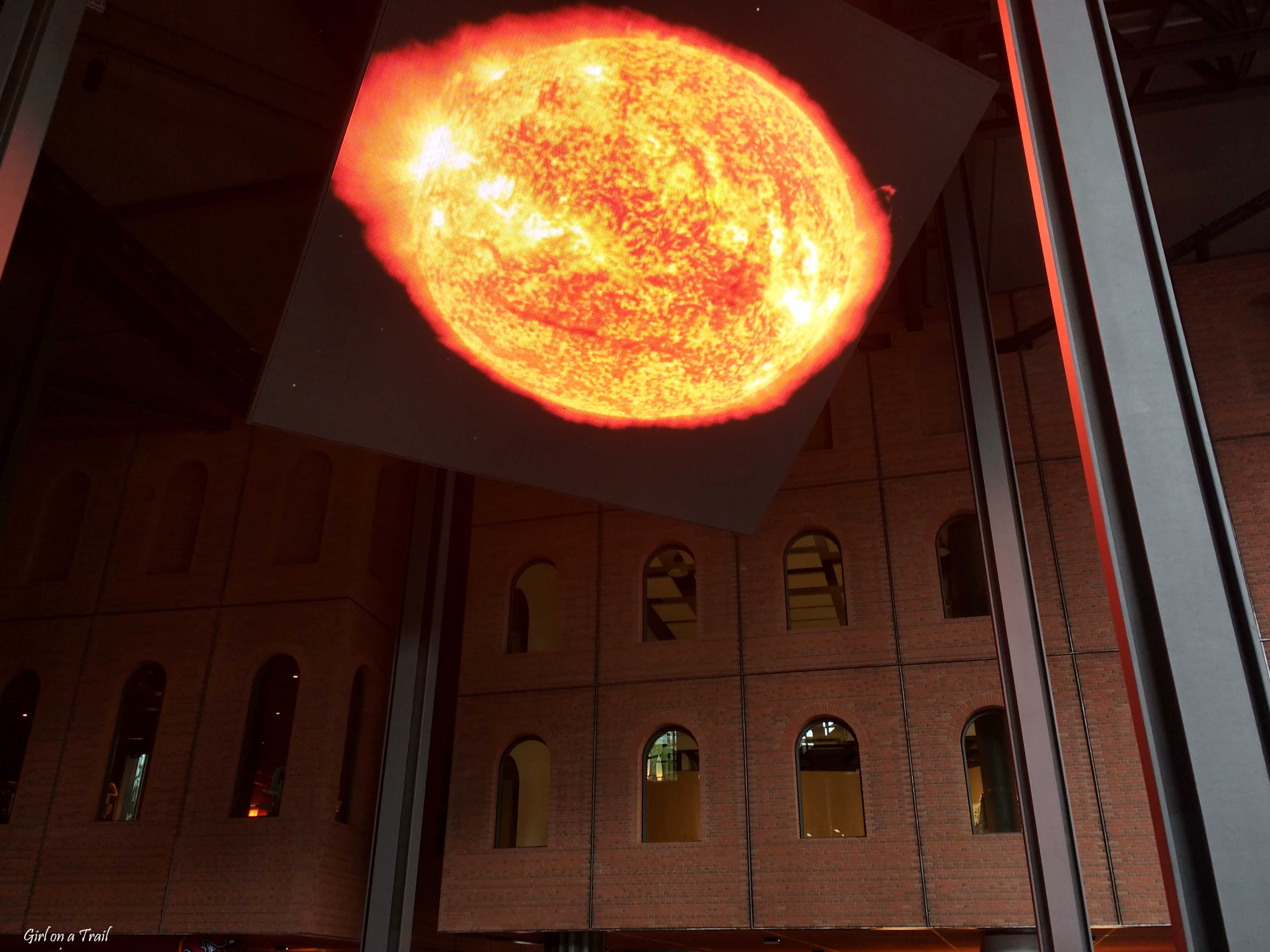 The Basque country is also referred to as the ‘Small Switzerland’. This nickname certainly has nothing to do with the neutral nature of the autonomy, but it involves its mountainous character. The perfect opportunity to find it out is a trip to San Sebastian. 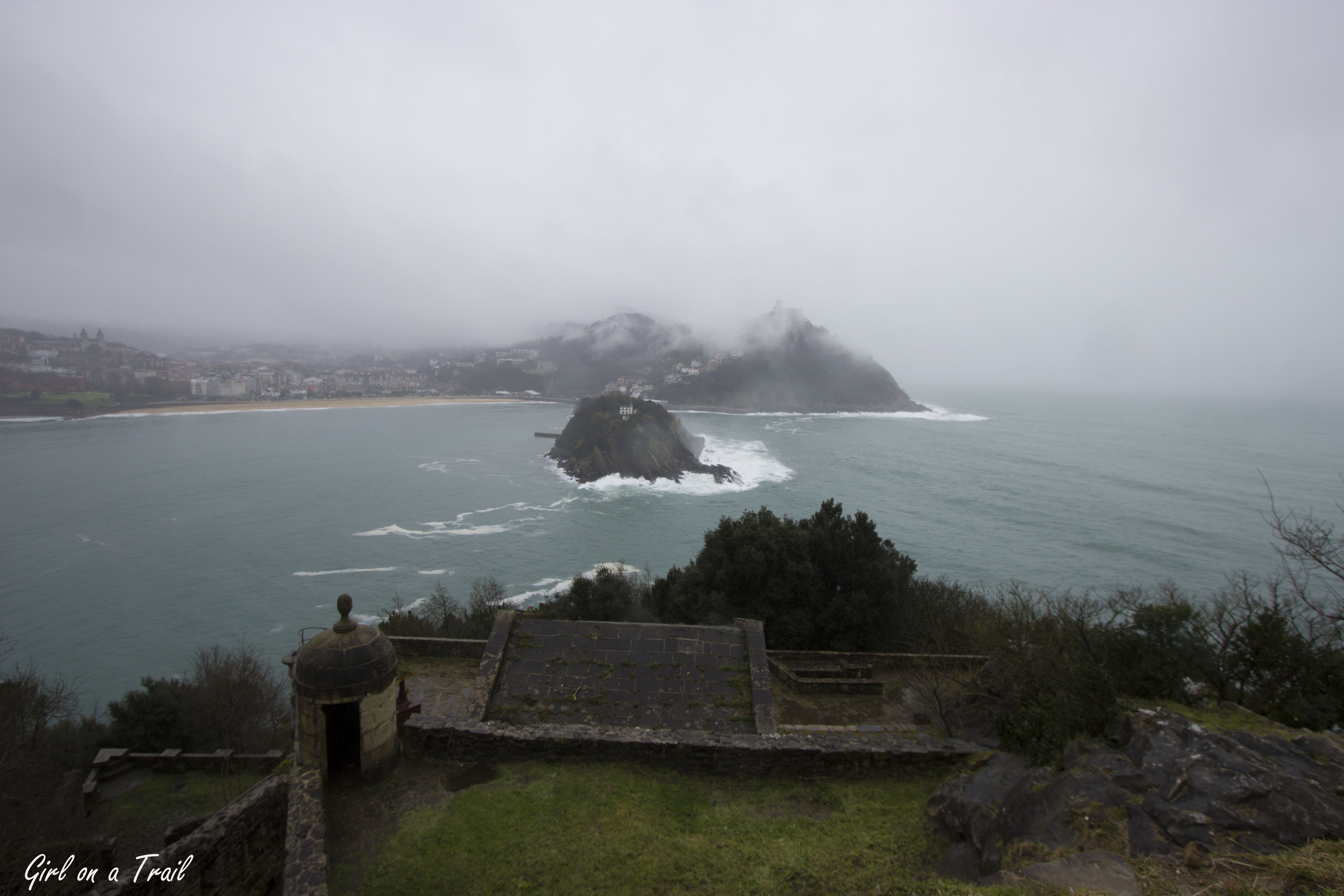 The bus ride guarantees excellent views of the Cantabrian mountains, high cliffs and green valleys. Large amount of precipitation is typical to the Basque country, which I was about to check during my visit, but it does not change the fact that the despite the bad weather, views from Monte Urgull in San Sebastian were impressive.

To sum it up, is it worth going to this place? I definitely say YES. Is it safe here? YES. In memory, there are still old terrorist acts, while the situation in the Basque Country is now stable. During my stay, the streets were full of tourists, and the Basques are aware of the economic benefits of tourism. 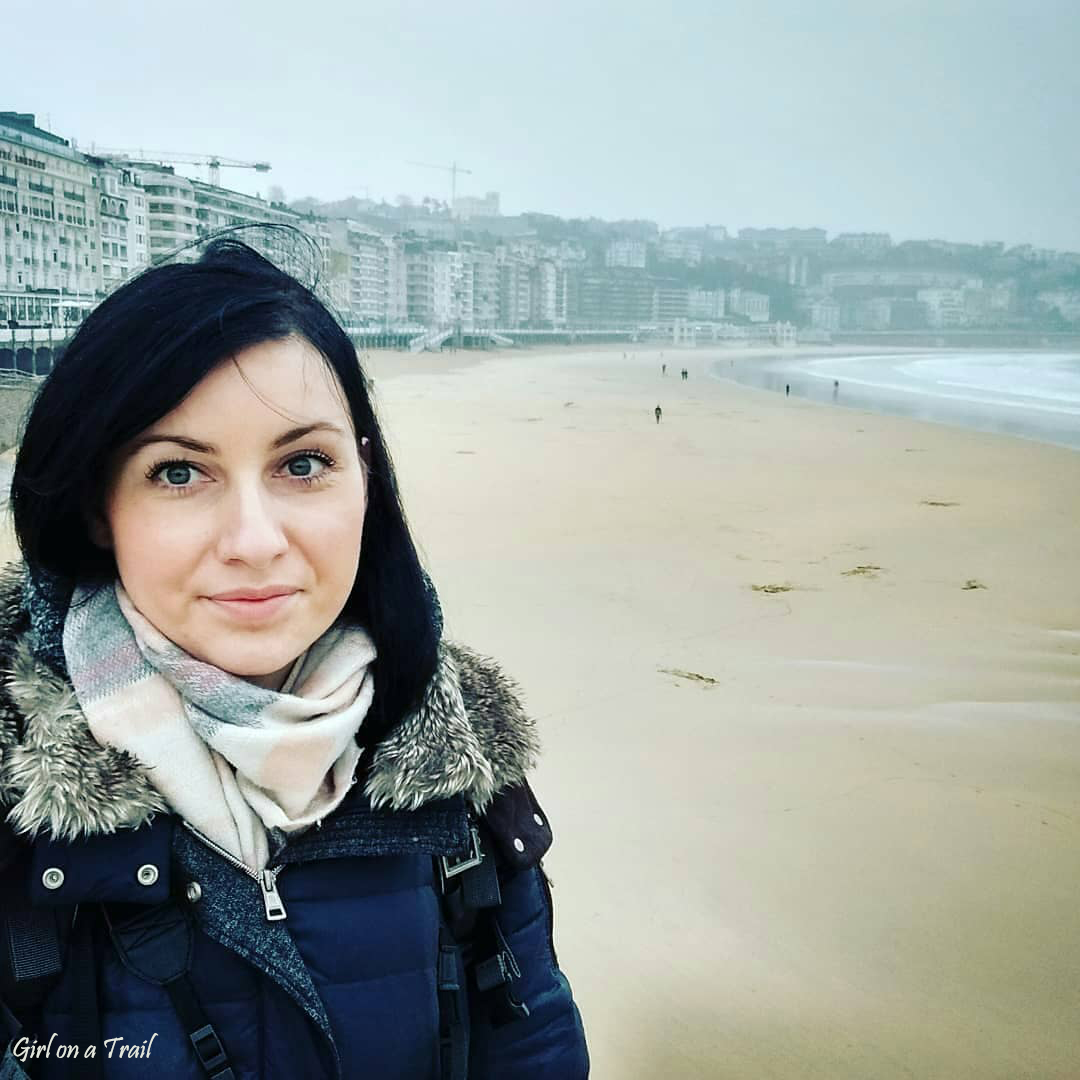 Brno and mysterious Olomouc – weekend break in
prev next