Alfama has been on my mind for a long time, however it has been very difficult for me to write a post about this Lisbon’s neighbourhood. It would have been easier to say that it was a matter of lack of time, but there was another reason. In fact, you can’t just write about Alfama. I could endlessly use many adjectives to describe my feelings or auditory, taste and visual impressions during visiting this part of the city. But the best description won’t convey my emotions and what’s left in my memories. Skipping Alfama while being in Lisbon is like not visiting this city at all. You can explore every nook and cranny in Lisbon, but without seeing Alfama, it’s impossible to learn something more about this city. 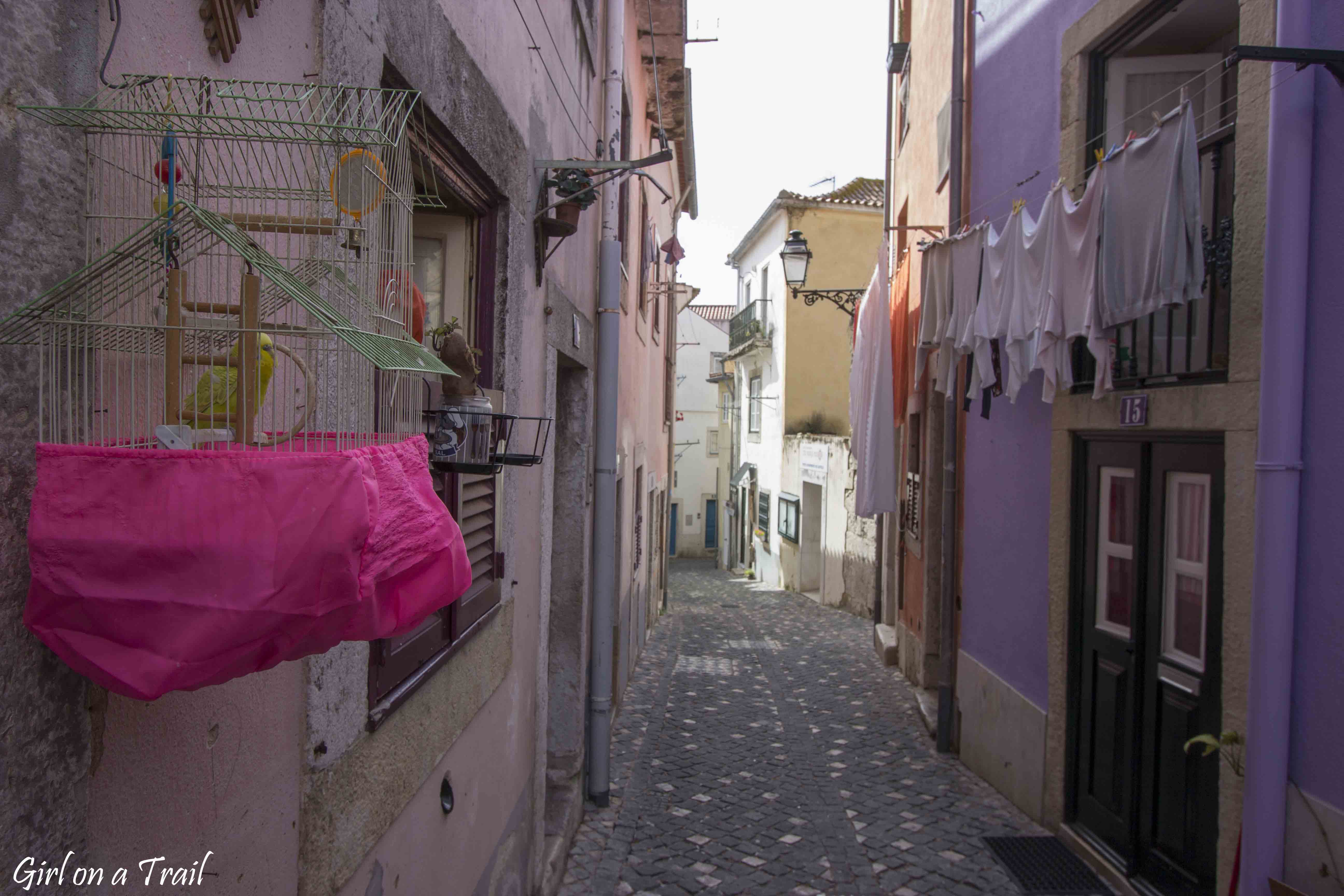 Alfama, as the oldest district in Lisbon, is definitely different from other parts of the city. This place actually takes back in time, as the only Lisbon district which survived the earthquake in 1755. 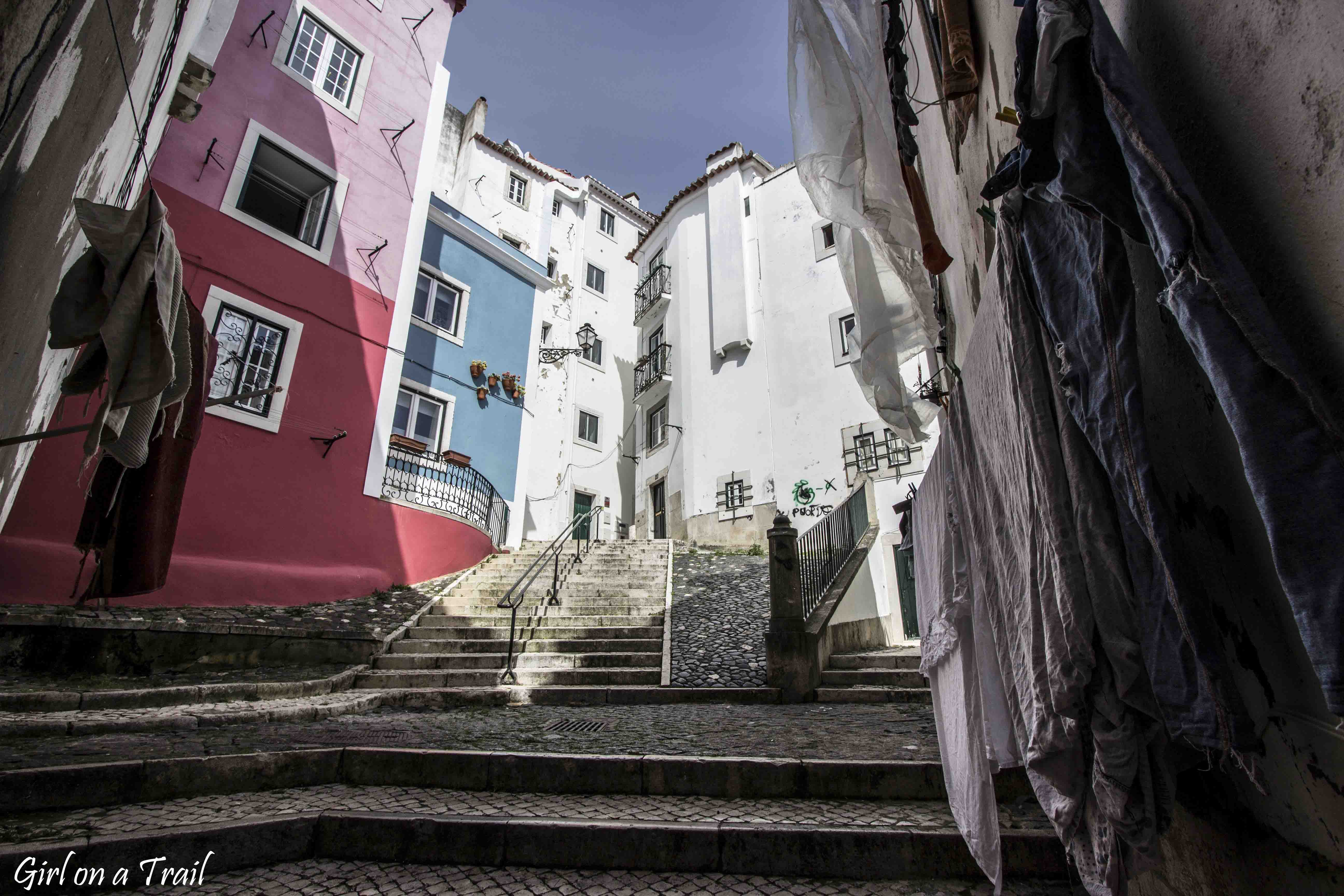 The name Alfama comes from the Arabic language from the word al – hamma, which means hot springs. During the Moors occupation, Alfama was an exclusive neighborhood. It can be said that at that time this place was a kind of spa, as it was thought that waters in Alfama had healing properties. 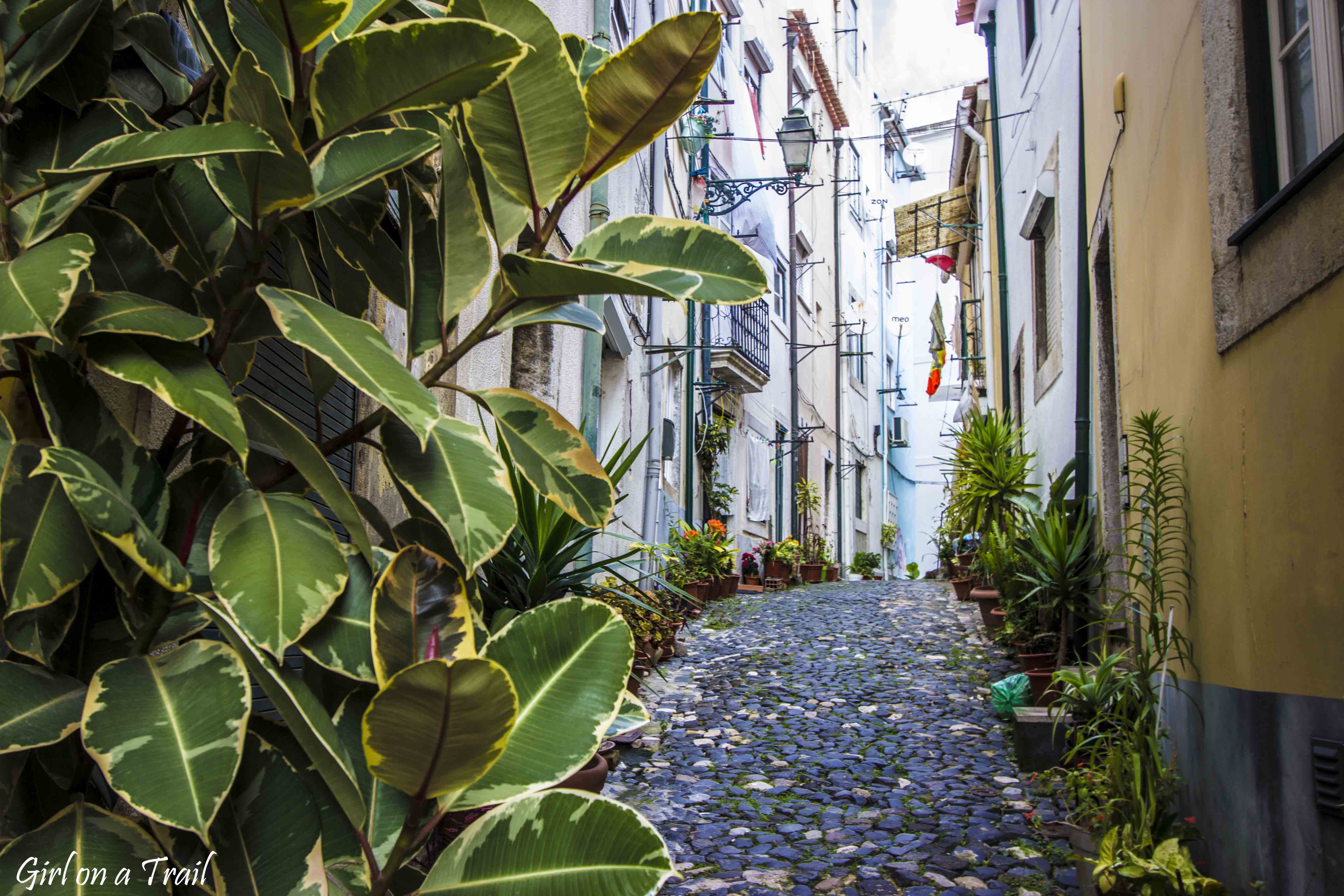 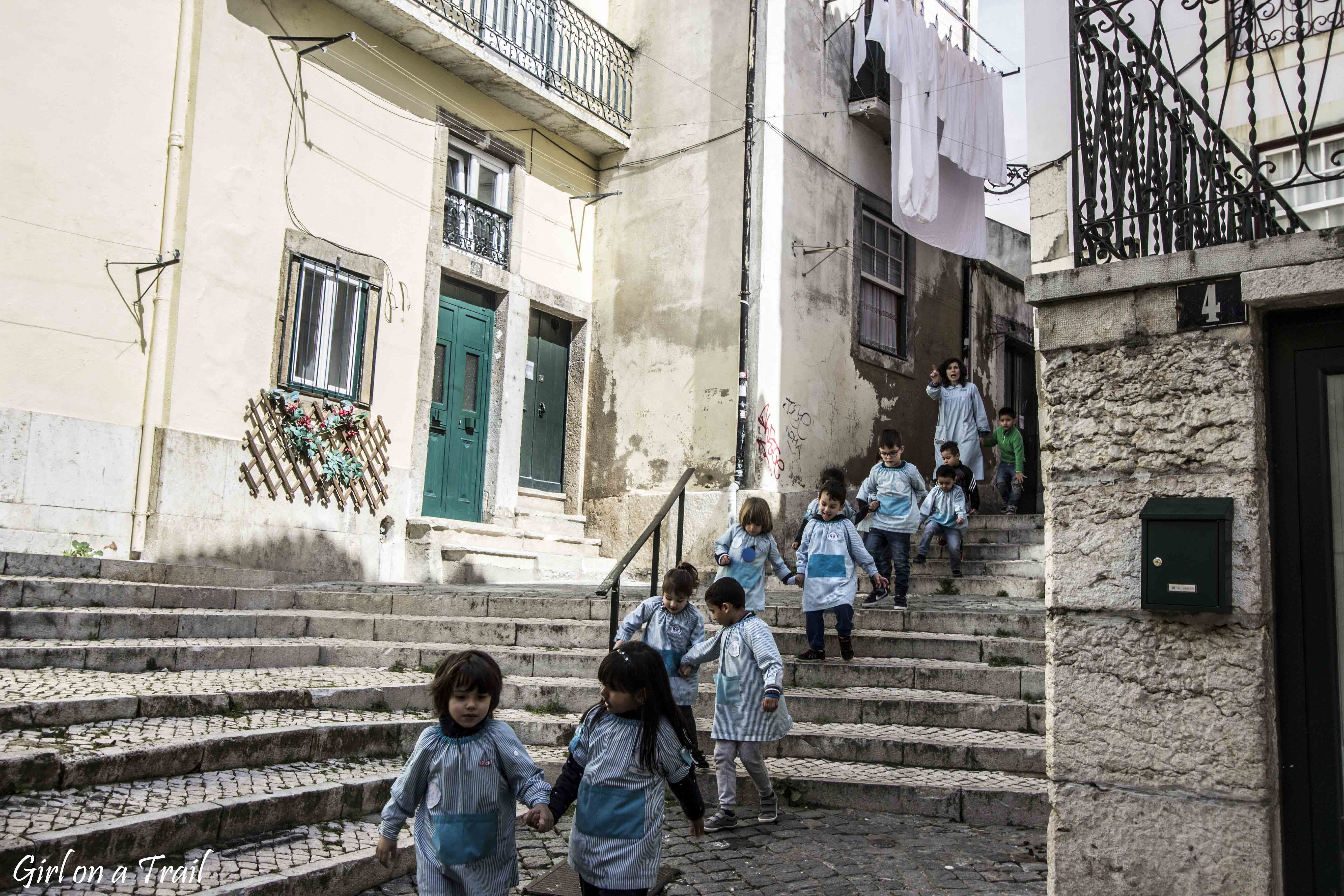 In the 20th century, Alfama was inhabited mainly by fishermen and sailors families, a poorer part of the society. In the 70-80’s it was considered as the most dangerous district in Lisbon. There was even a plan to pull down and rebuild this historic part of the city, fortunately, this didn’t happen. Today, more and more trusts are coming here from year to year, and this place is slowly starting to commercialise, while losing its unique character. 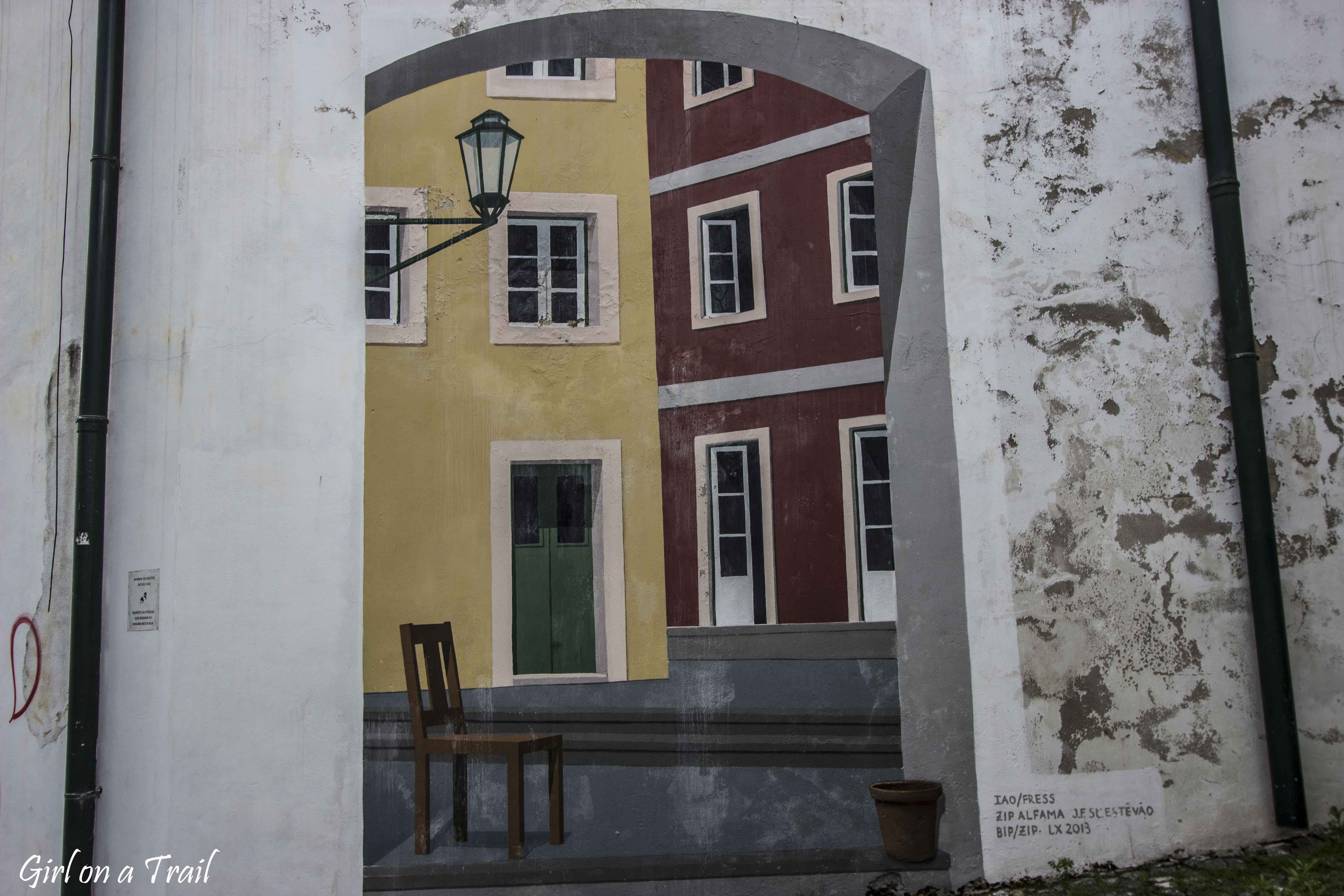 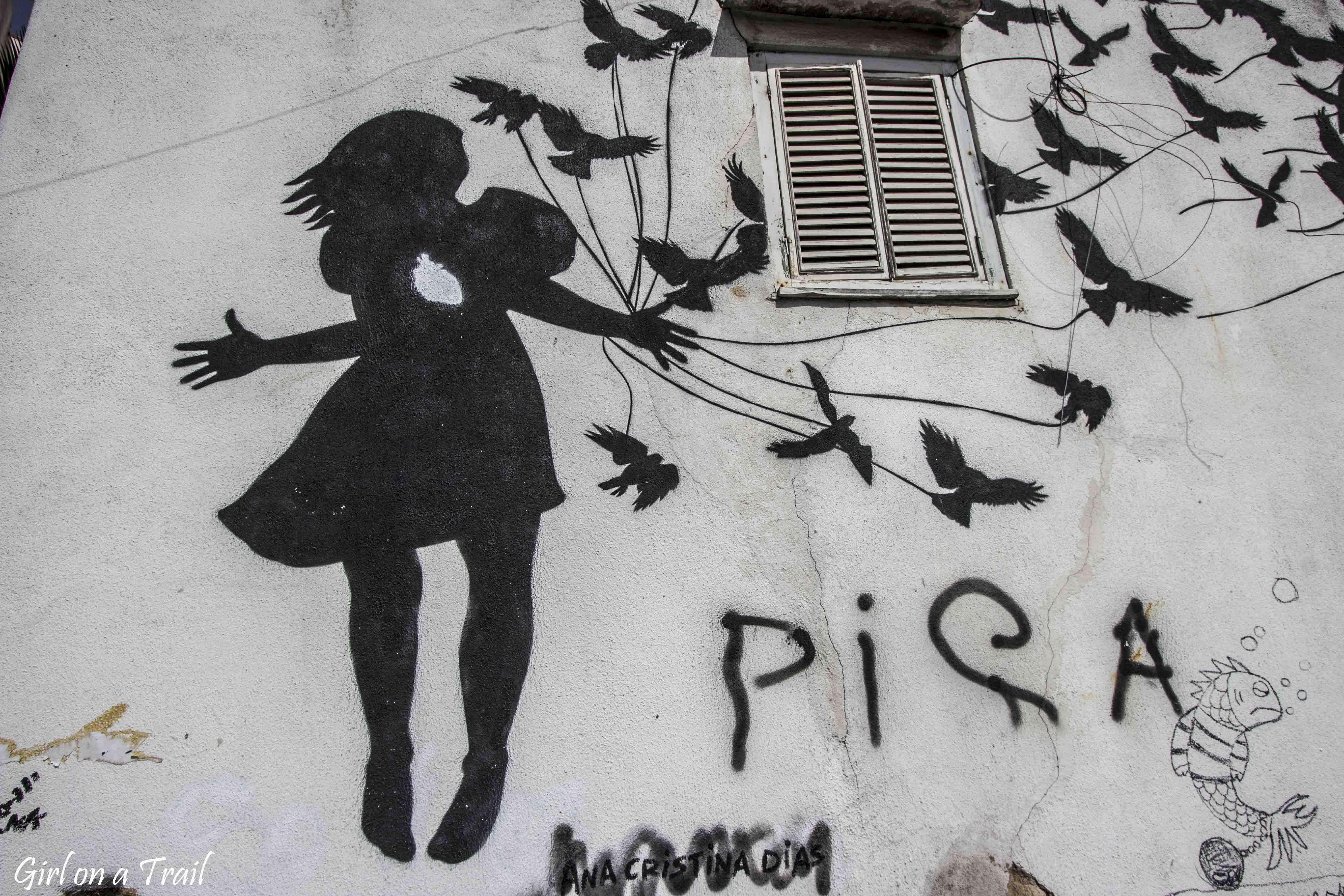 Alfama seems to be actually a city within the city, operating on its own terms, away from the noisy centre. Alfama residents seem to form a local community cut off from the rest of Lisbon. 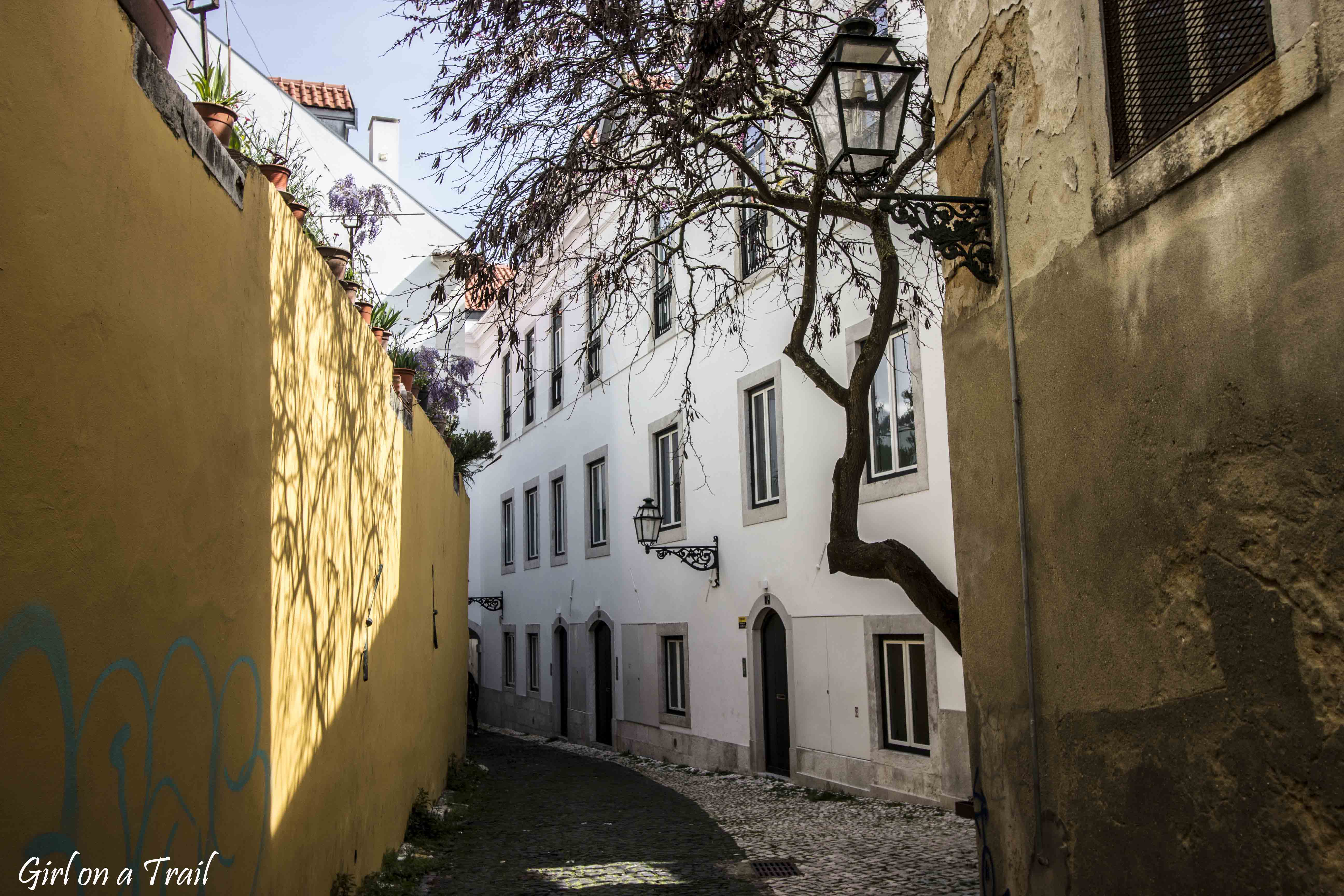 Here you can feel relaxed and peaceful atmosphere and the lazy rhythm of the days, marked by  daily domestic activities. 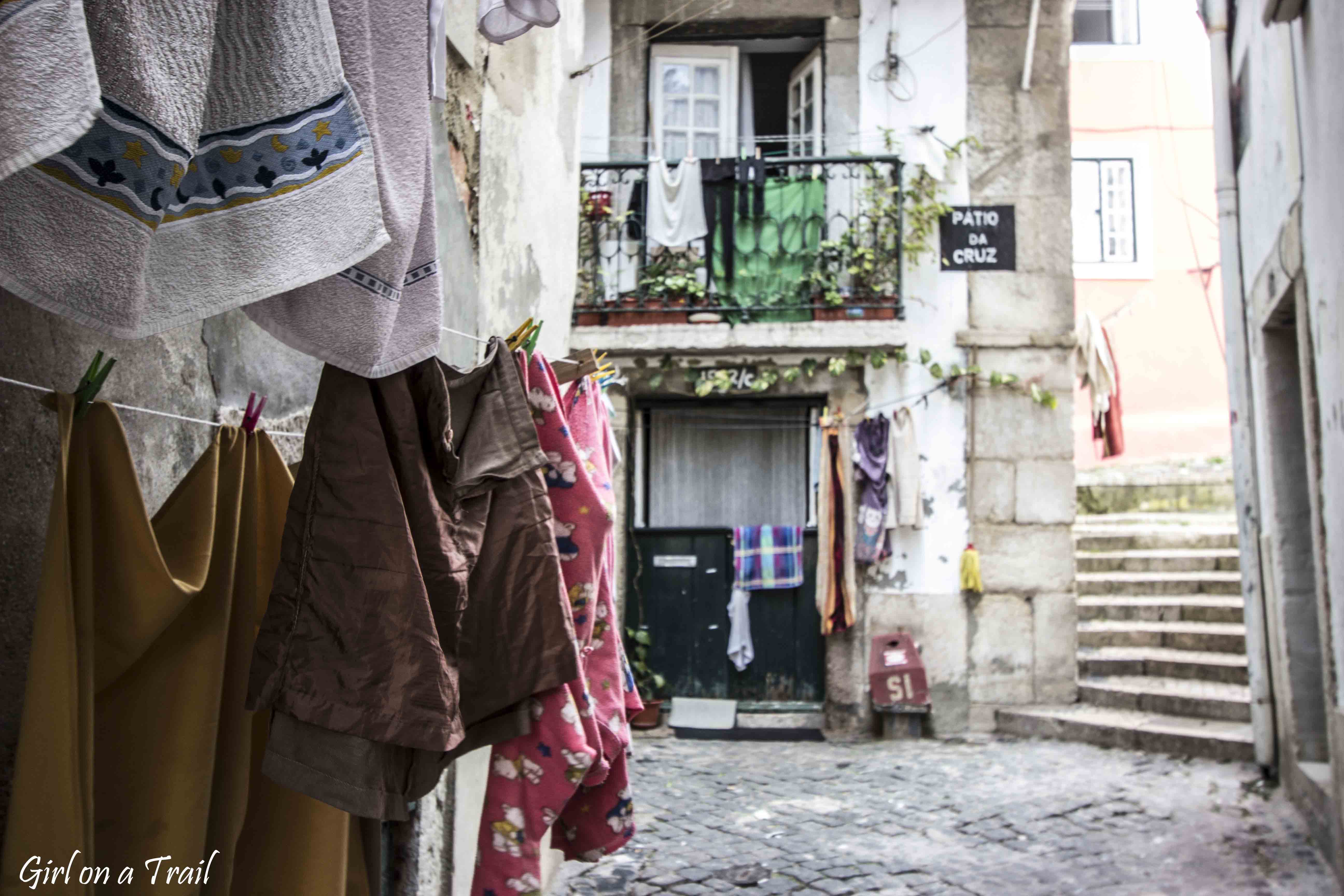 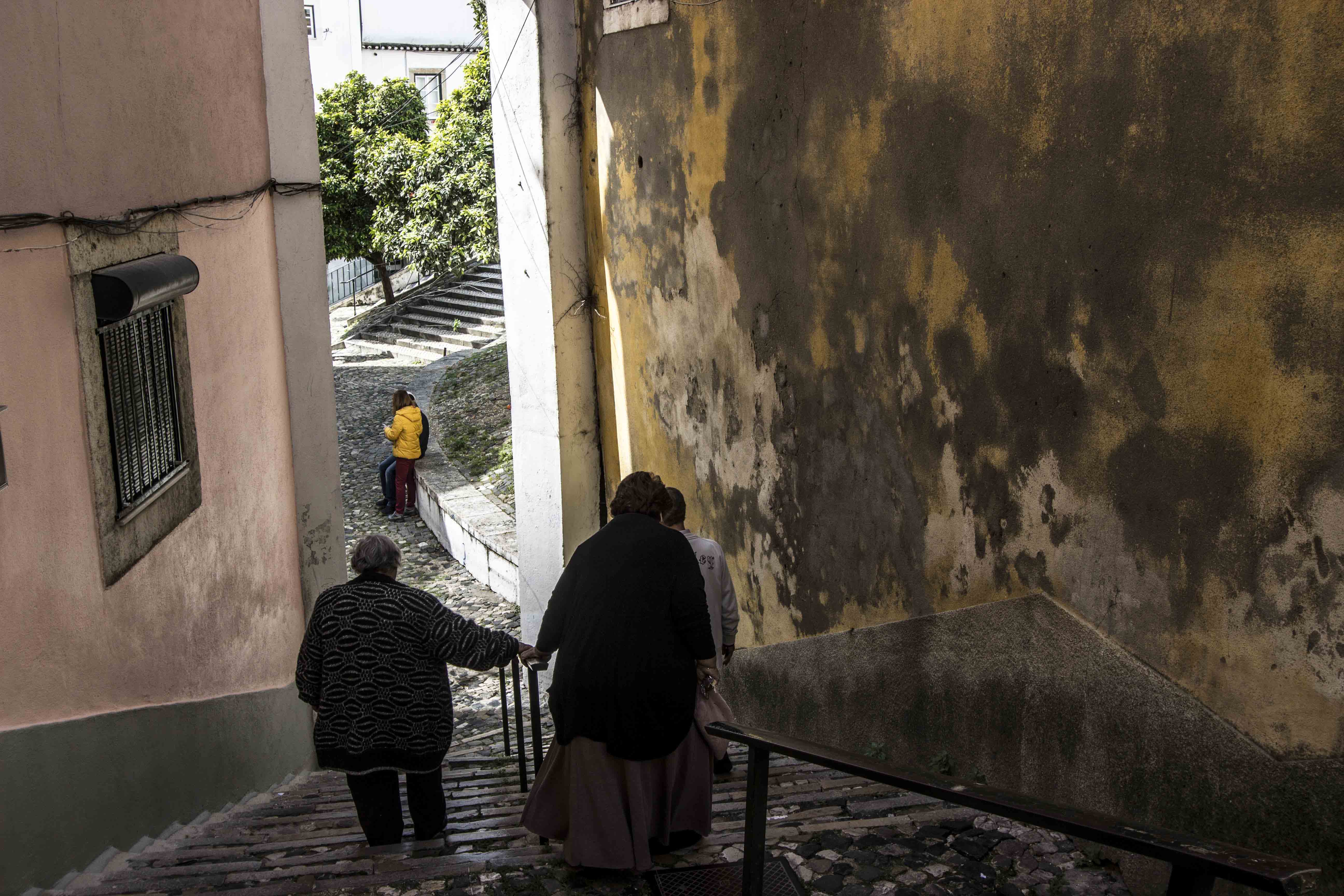 The best way to explore this place is to get lost in a maze of narrow streets. The characteristic pastel buildings, laundry hanging on the balconies, the cats lying lazily on sidewalks or the amazing amount of decorative details, create a unique atmosphere of this neighborhood. 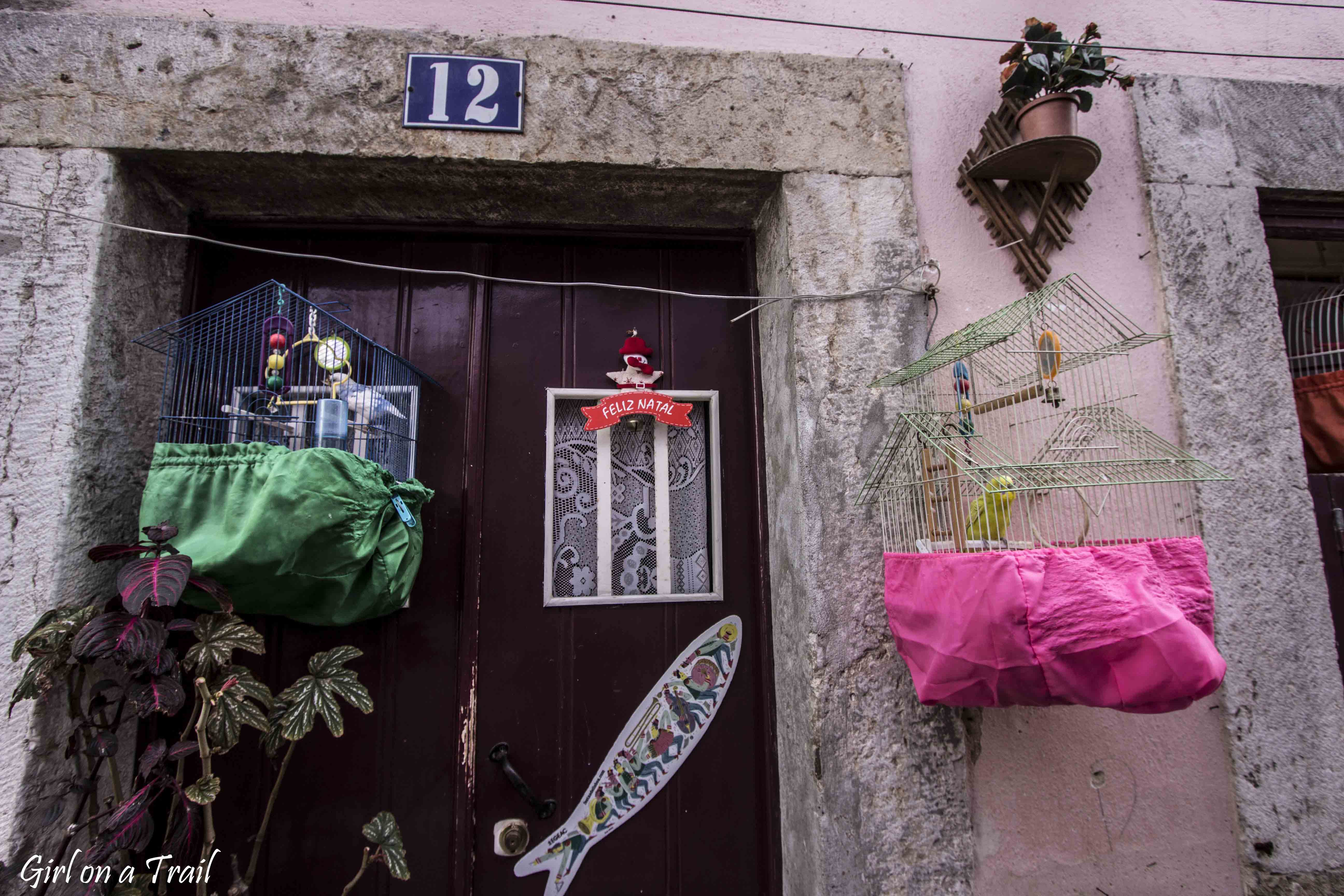 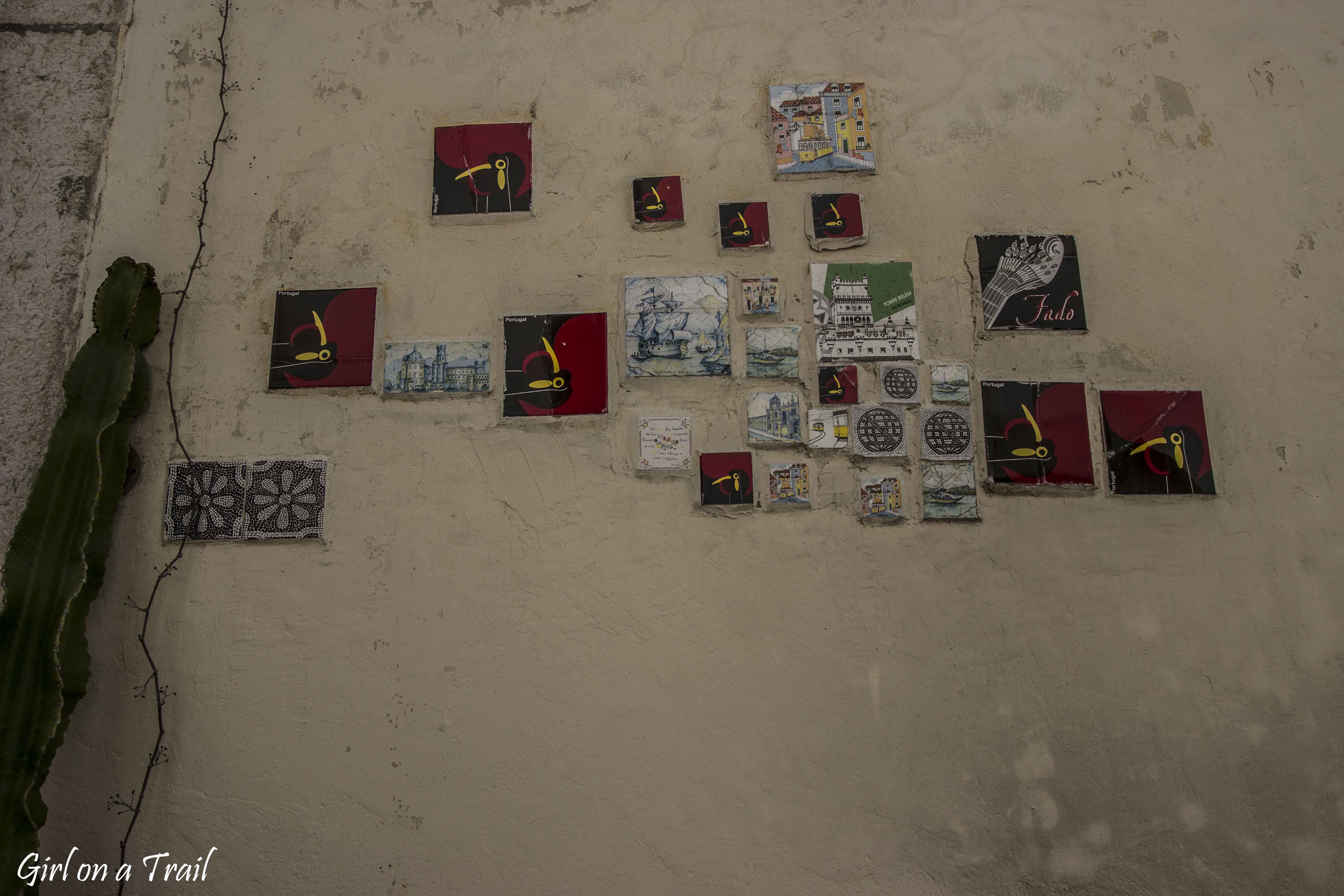 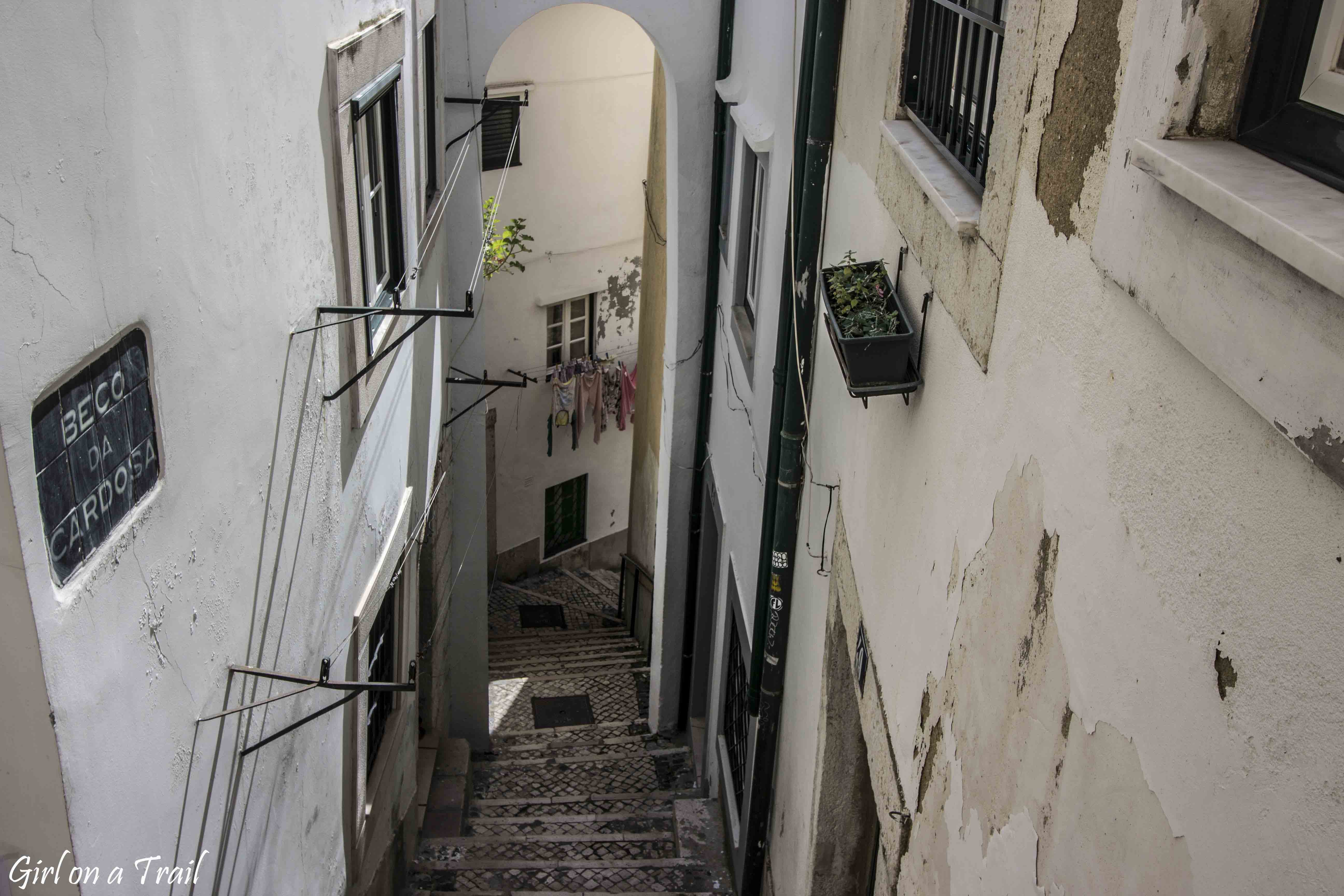 You can also see here the daily life of the residents, taste homemade liquor Ginjinha, sold by older ladies, who in this way try to earn some more money to their small pension. 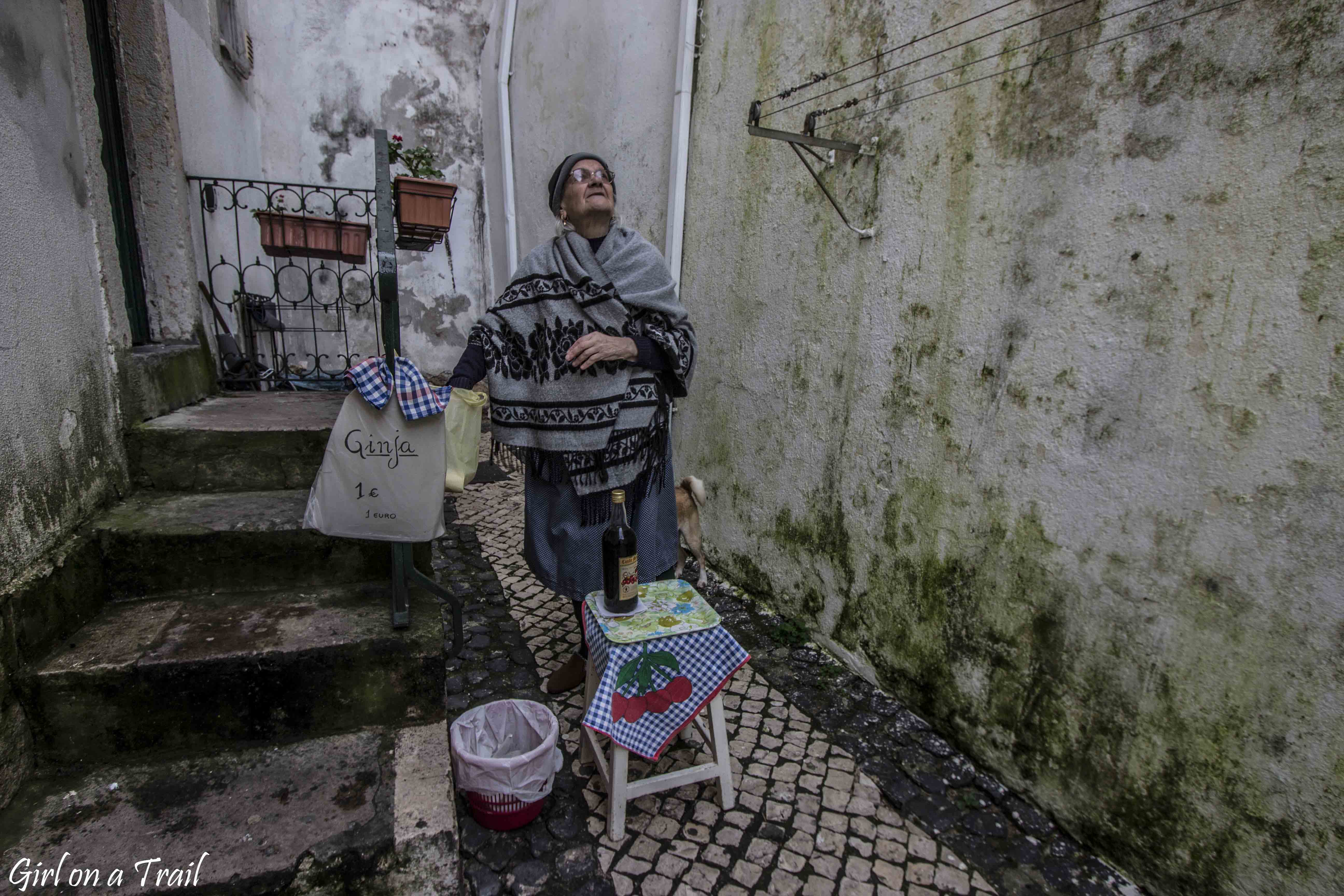 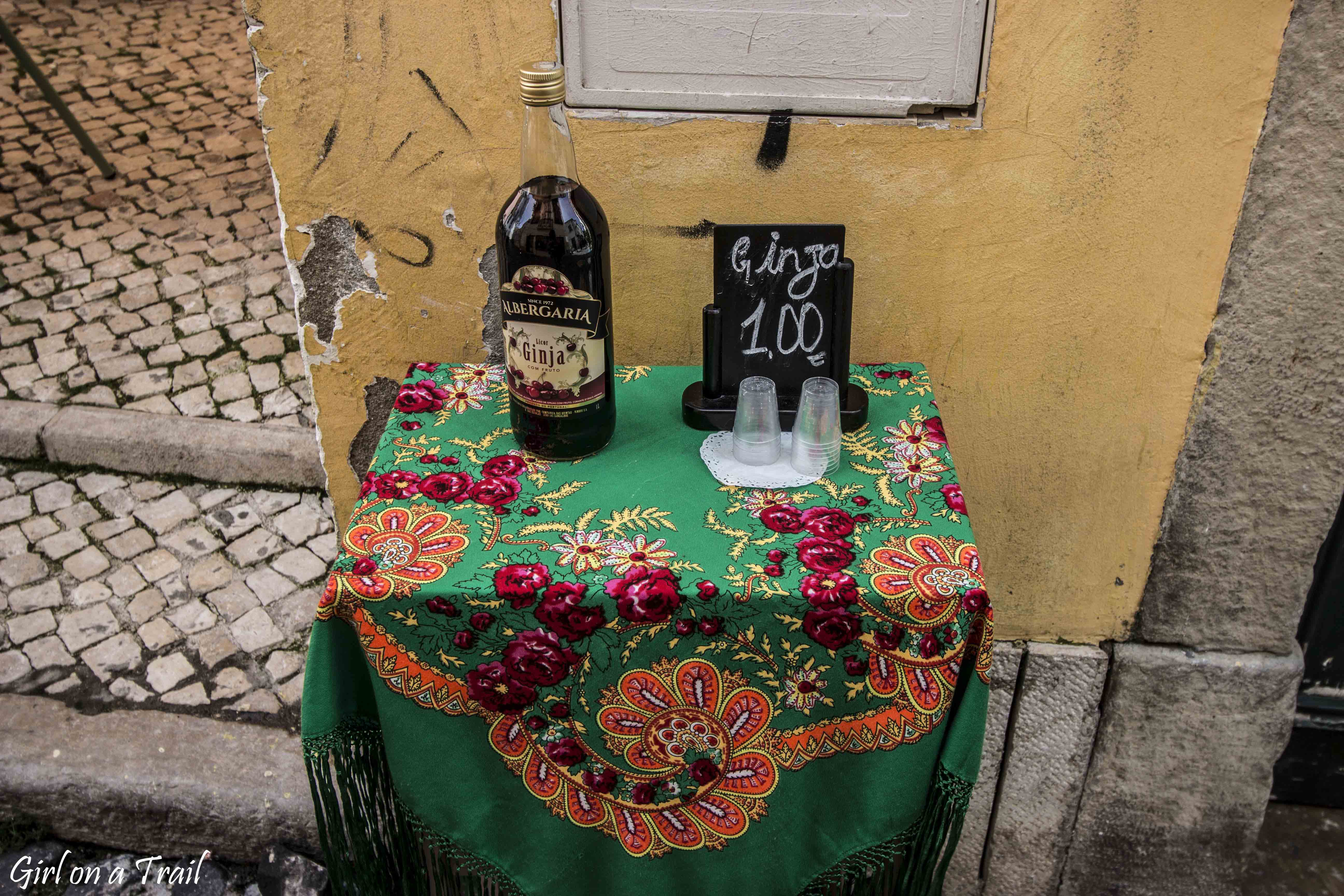 Although  Alfama is being occupied by the poorest part of society, at every step you can meet here smiling and helpful people. 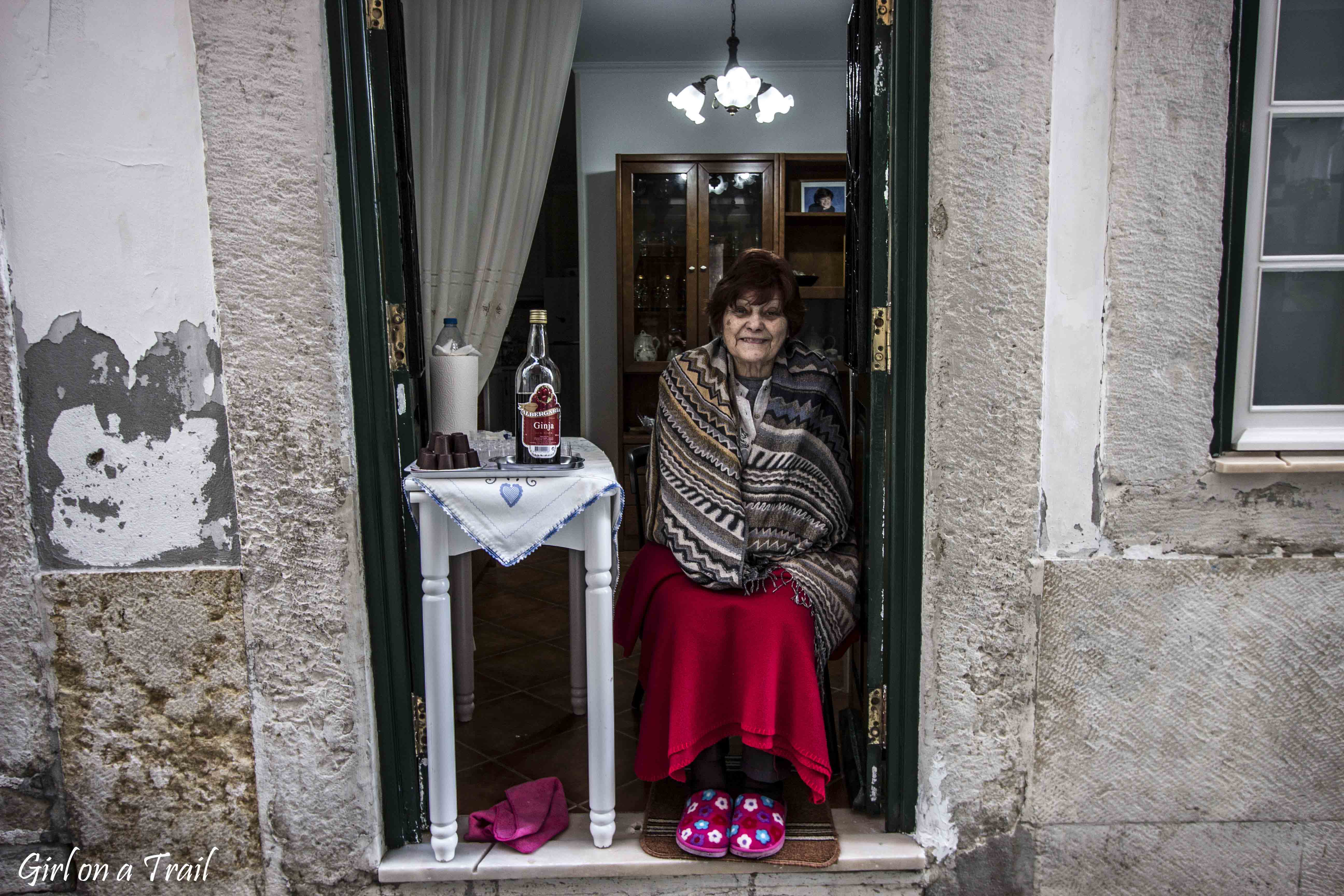 Portugal also owes Alfama – fado, traditional music. It’s inherent in the so-called saudade – feeling of longing and nostalgia. Saudade is a word that only exists in Portuguese and is an inseparable element of Portuguese people as a nation of sailors and explorers. For this reason fado music is very emotional and melancholic as well. Many songs are dedicated to Alfama, and there’re many fado concerts in the district. 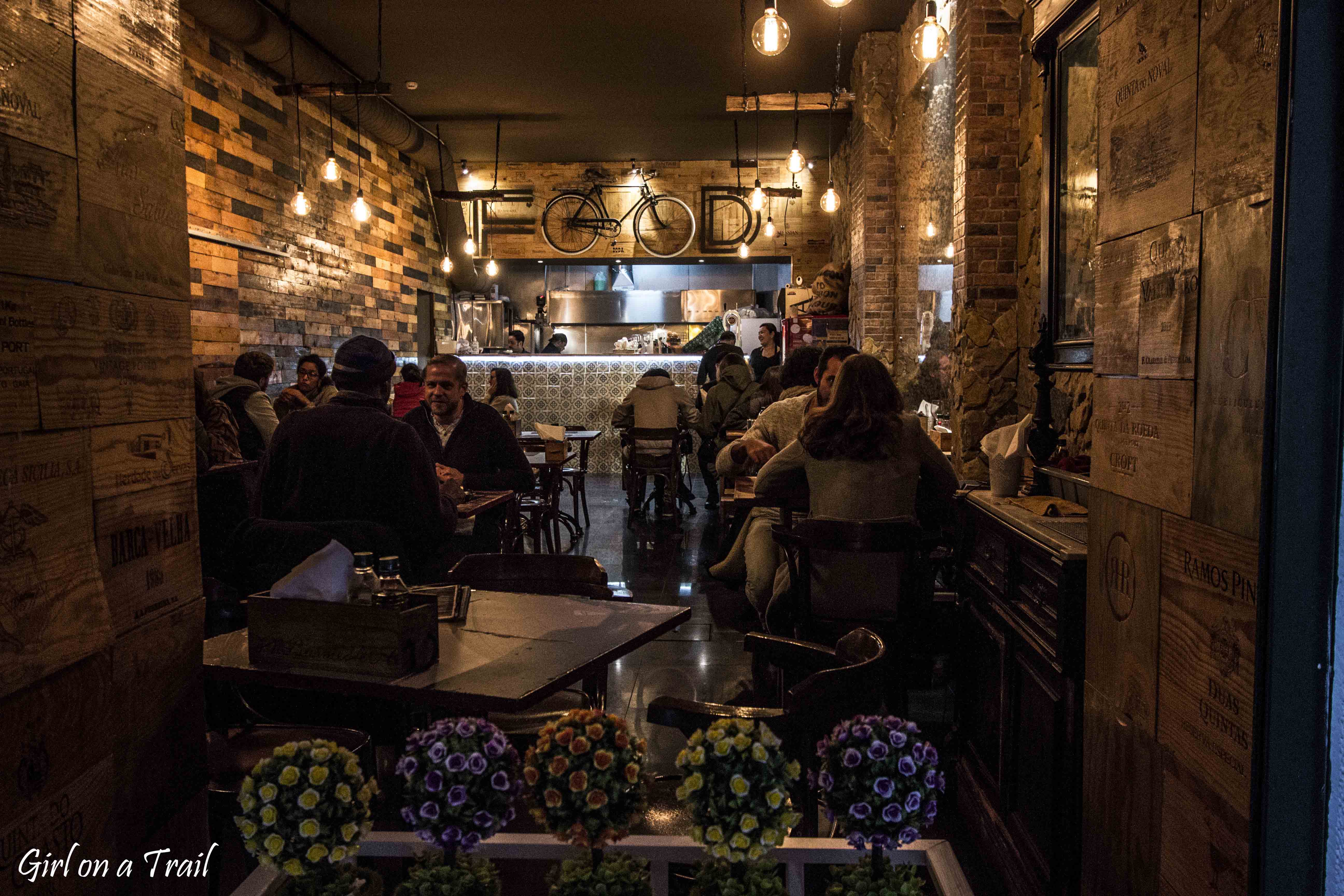 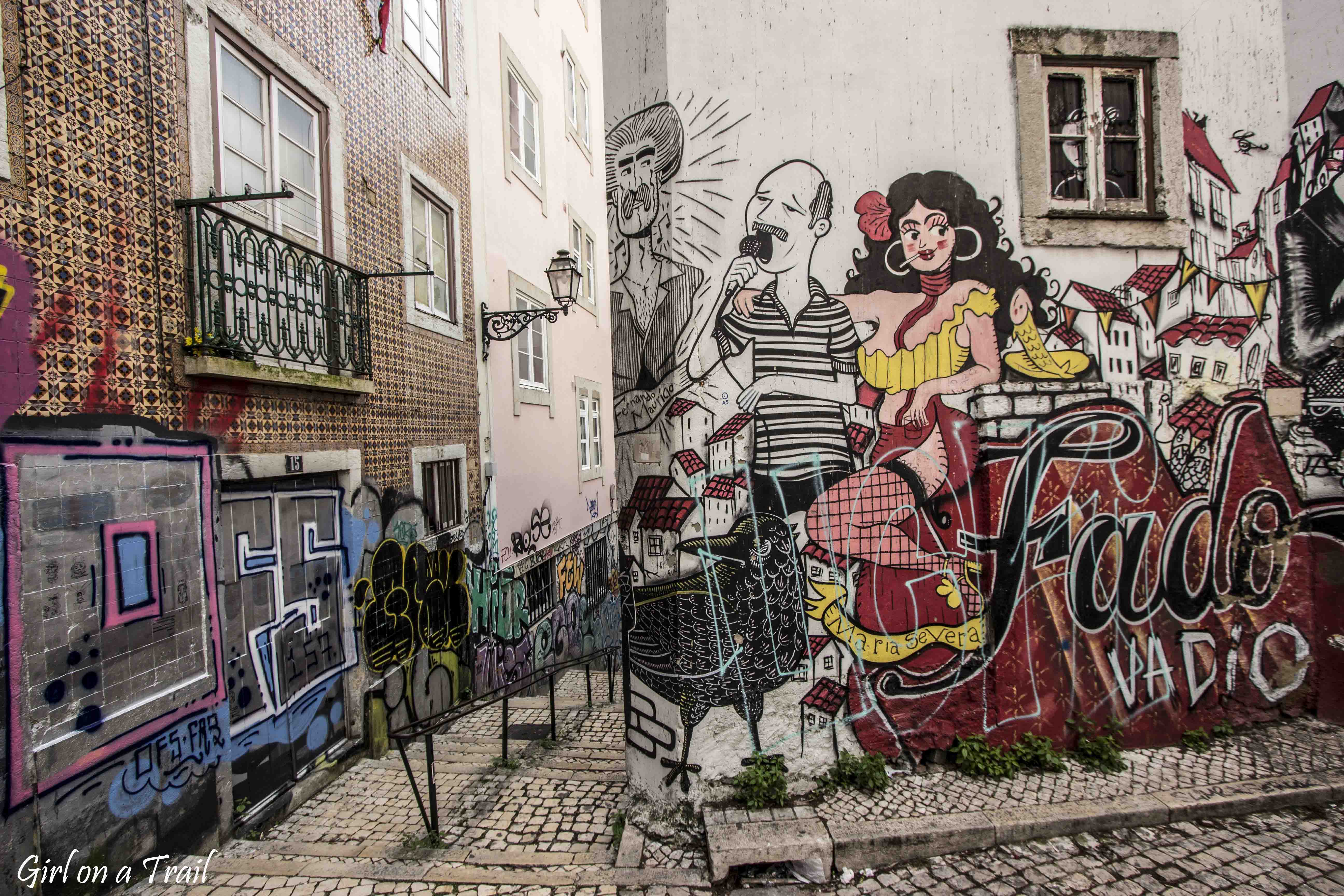 Furthermore in Alfama, you can see many interesting murals and famous azulejos – decorative, ceramic tiles. 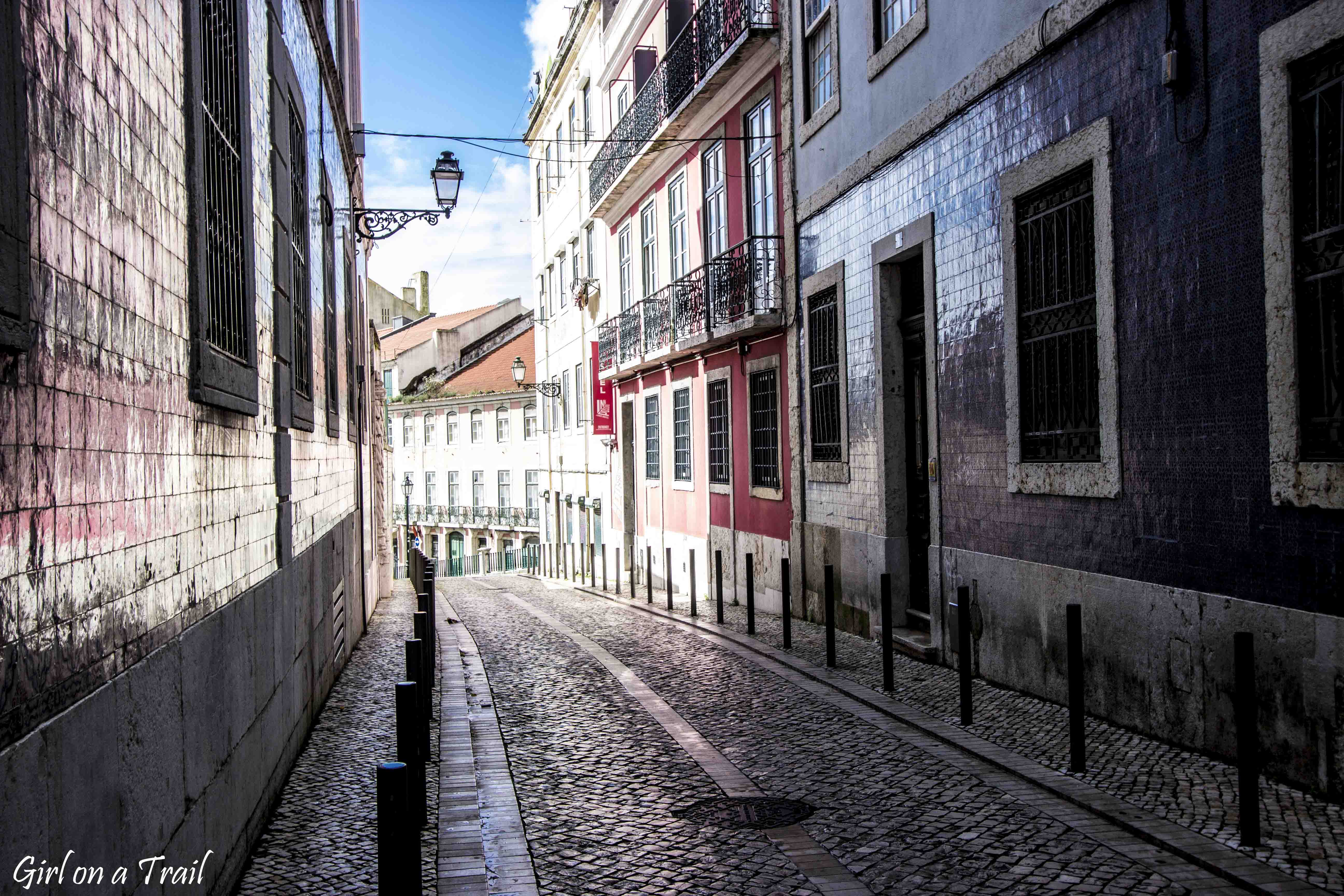 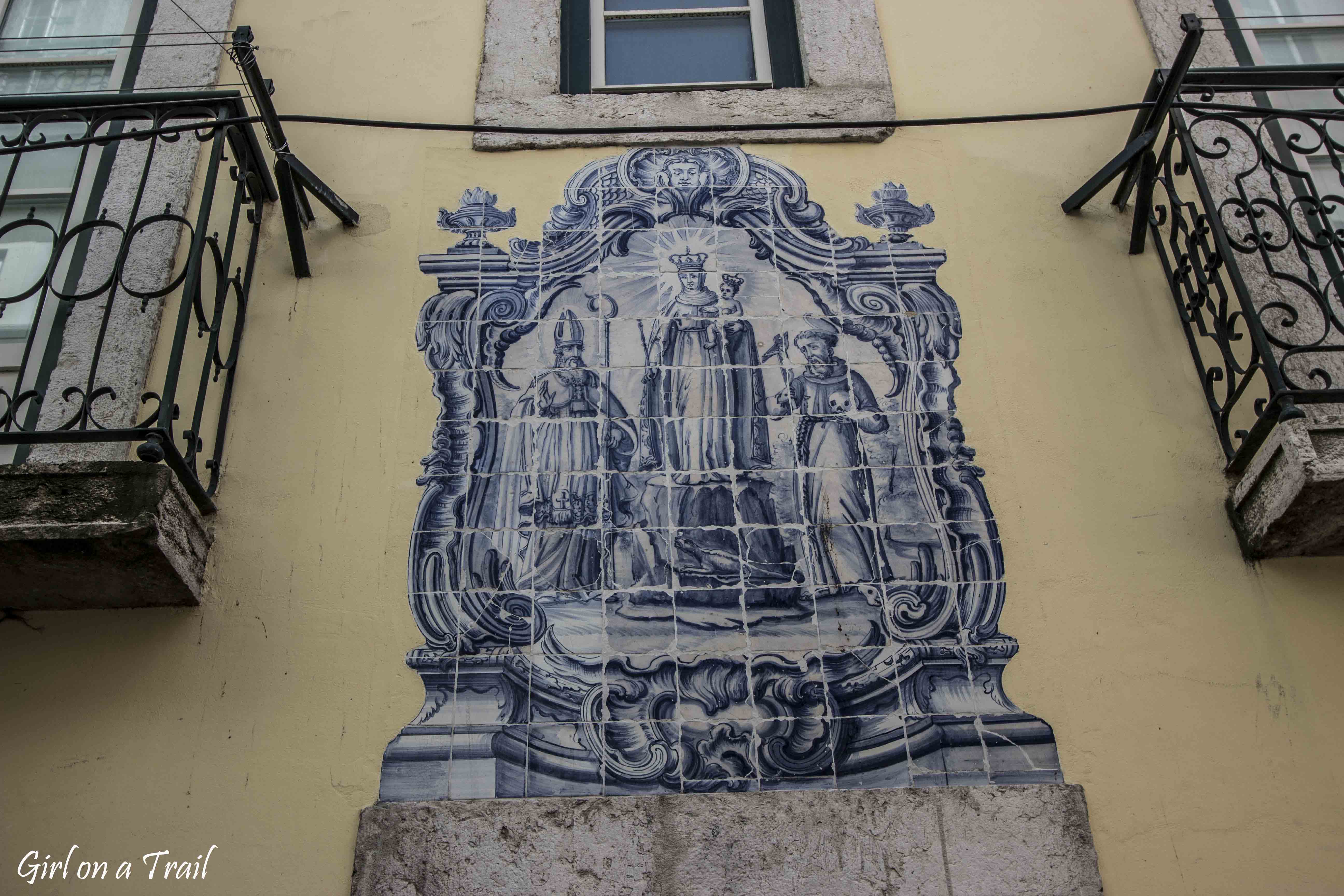 It’s worth coming here both day and evening when it’s interestingly lit. 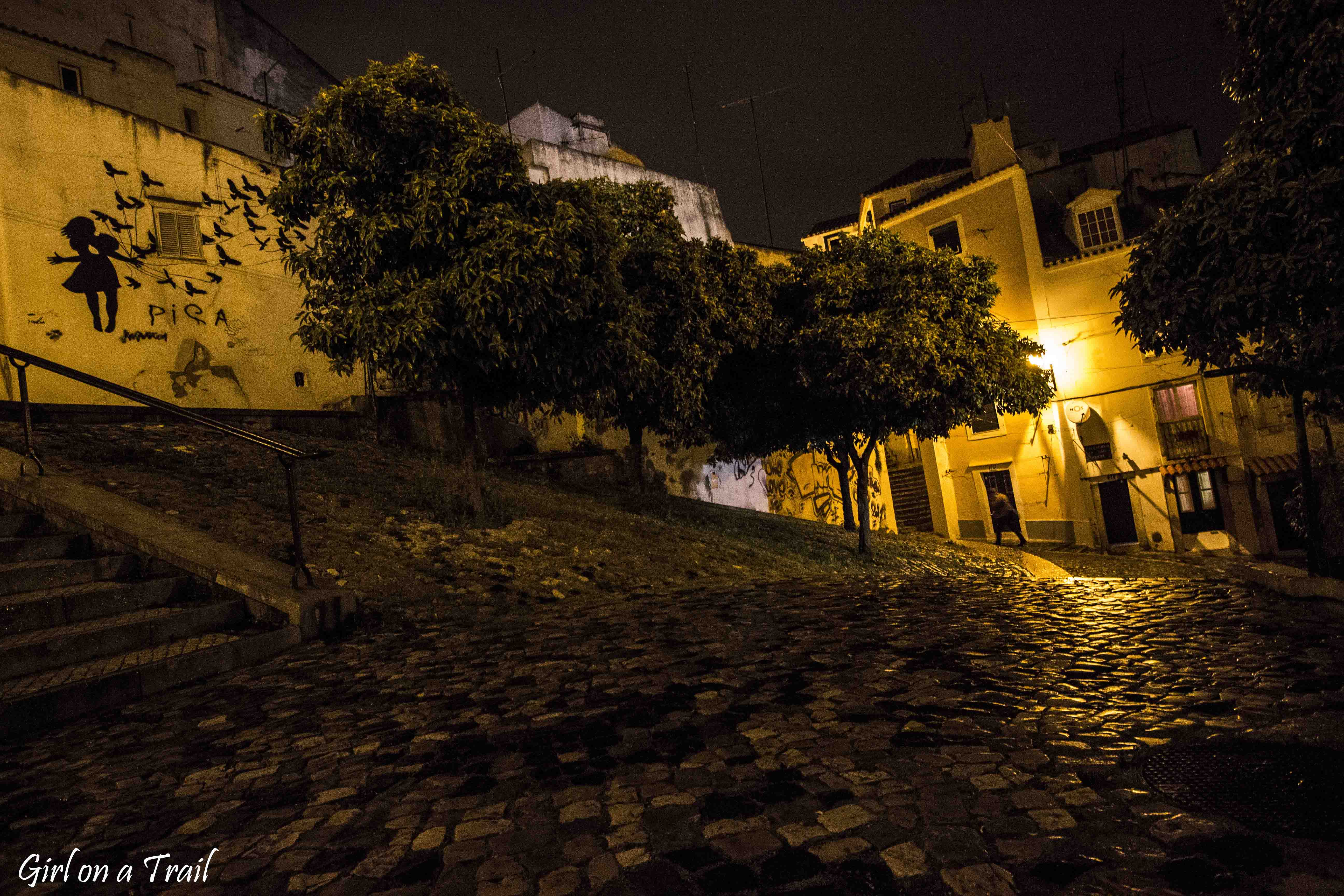 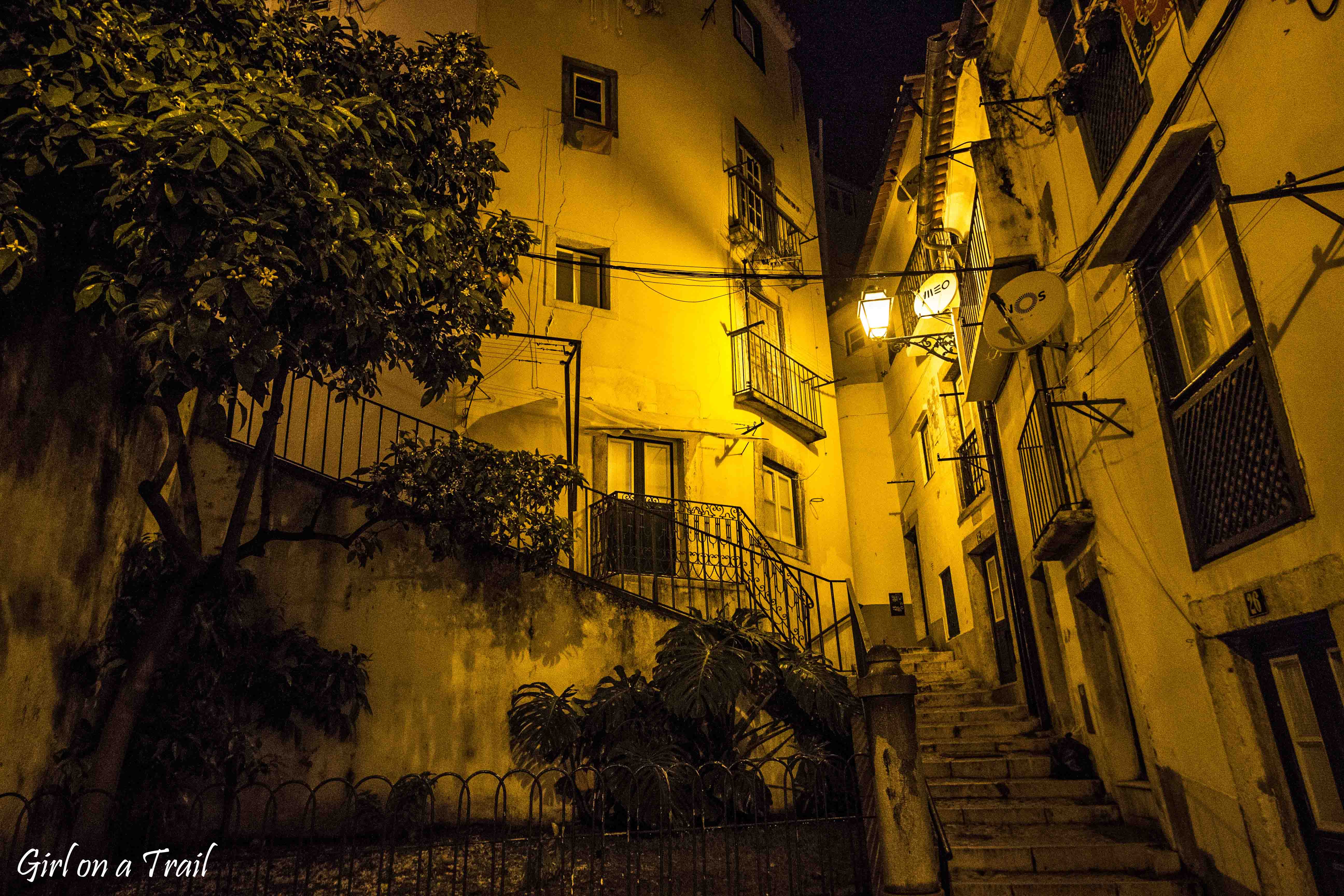 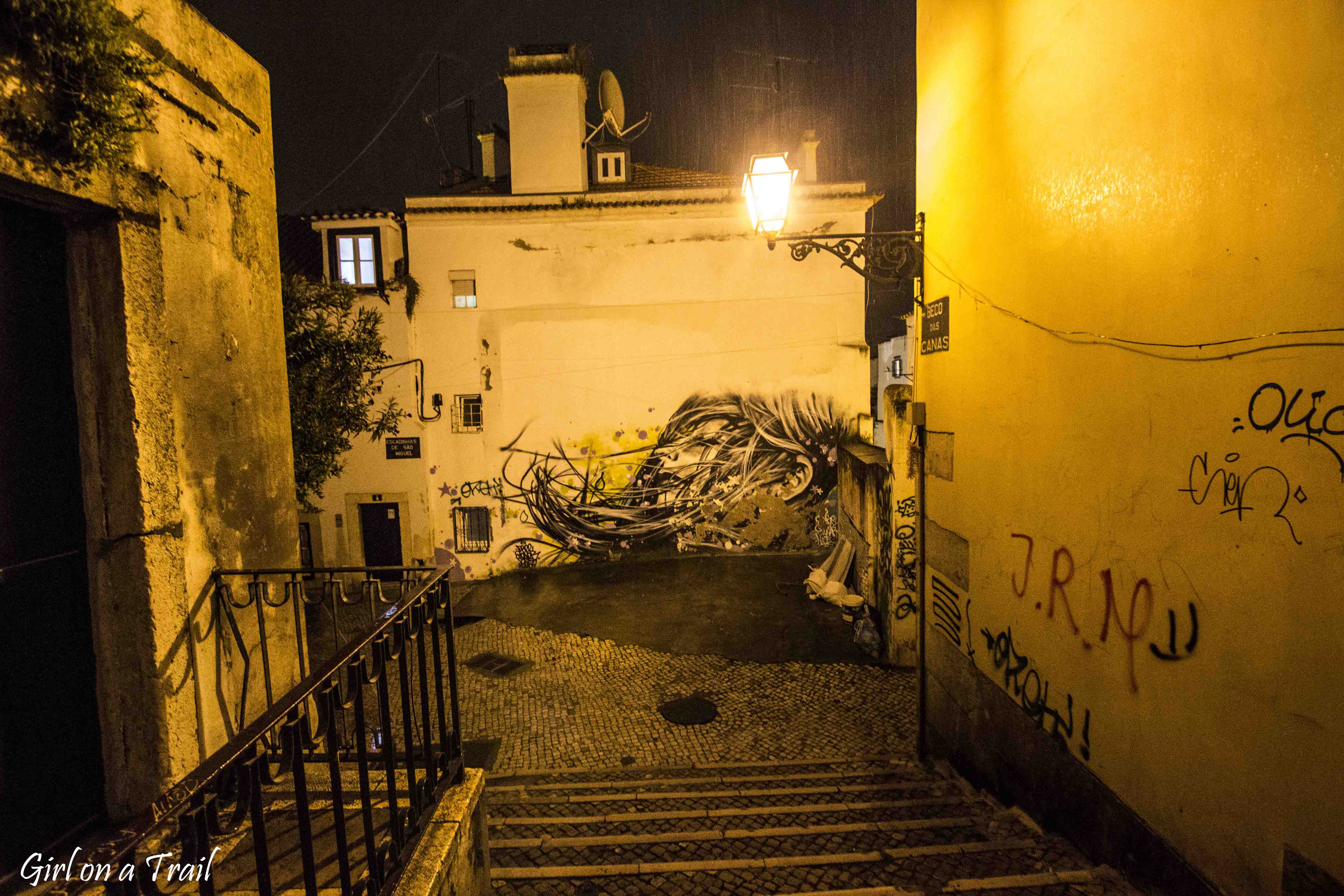 On Tuesday and Saturday from 6 am to 5 pm, a flea market called Feira da Ladra is organized. In translation Feira da Ladra means – thieves’ bazaar. This is the perfect place to buy something unique at a very attractive price. 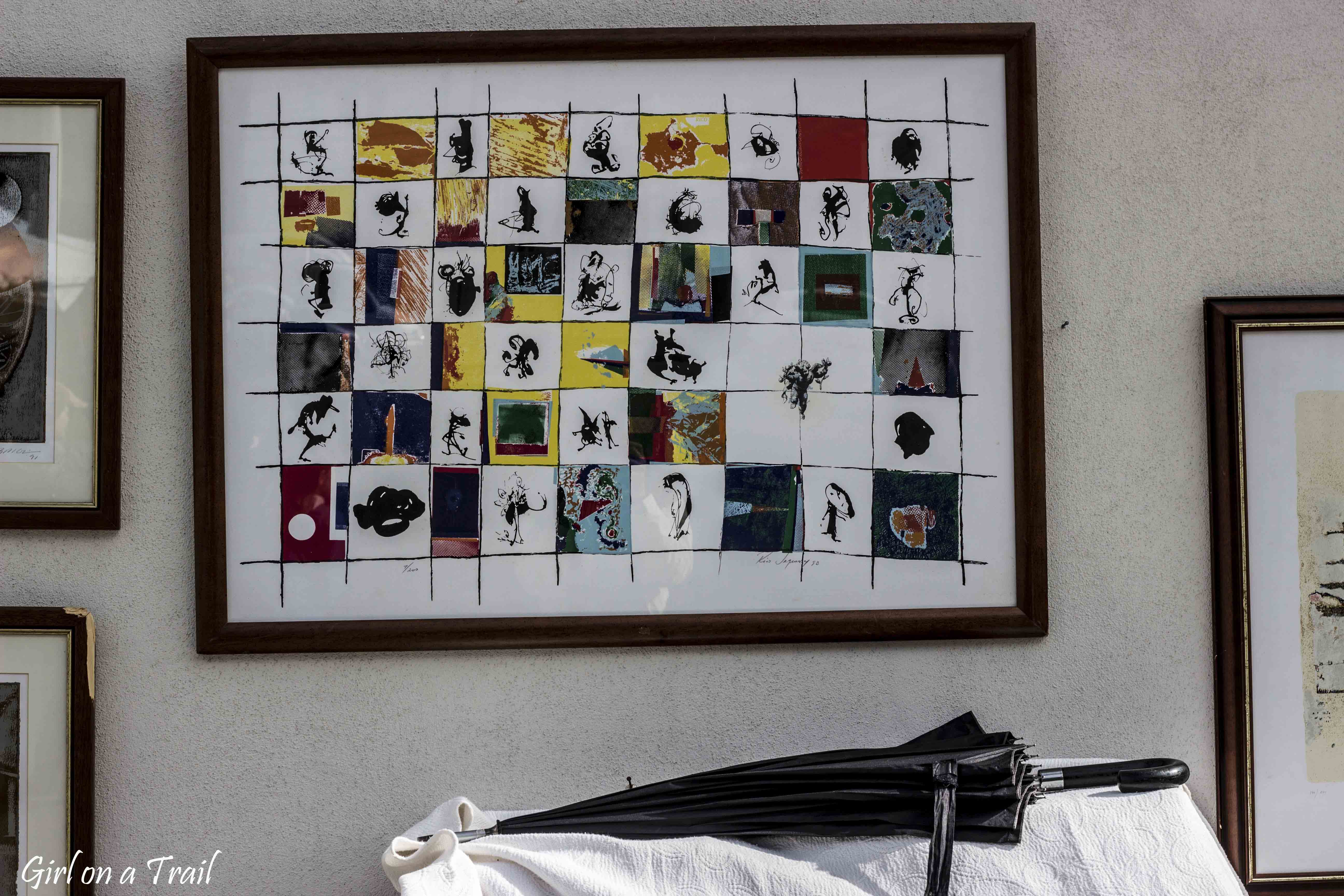 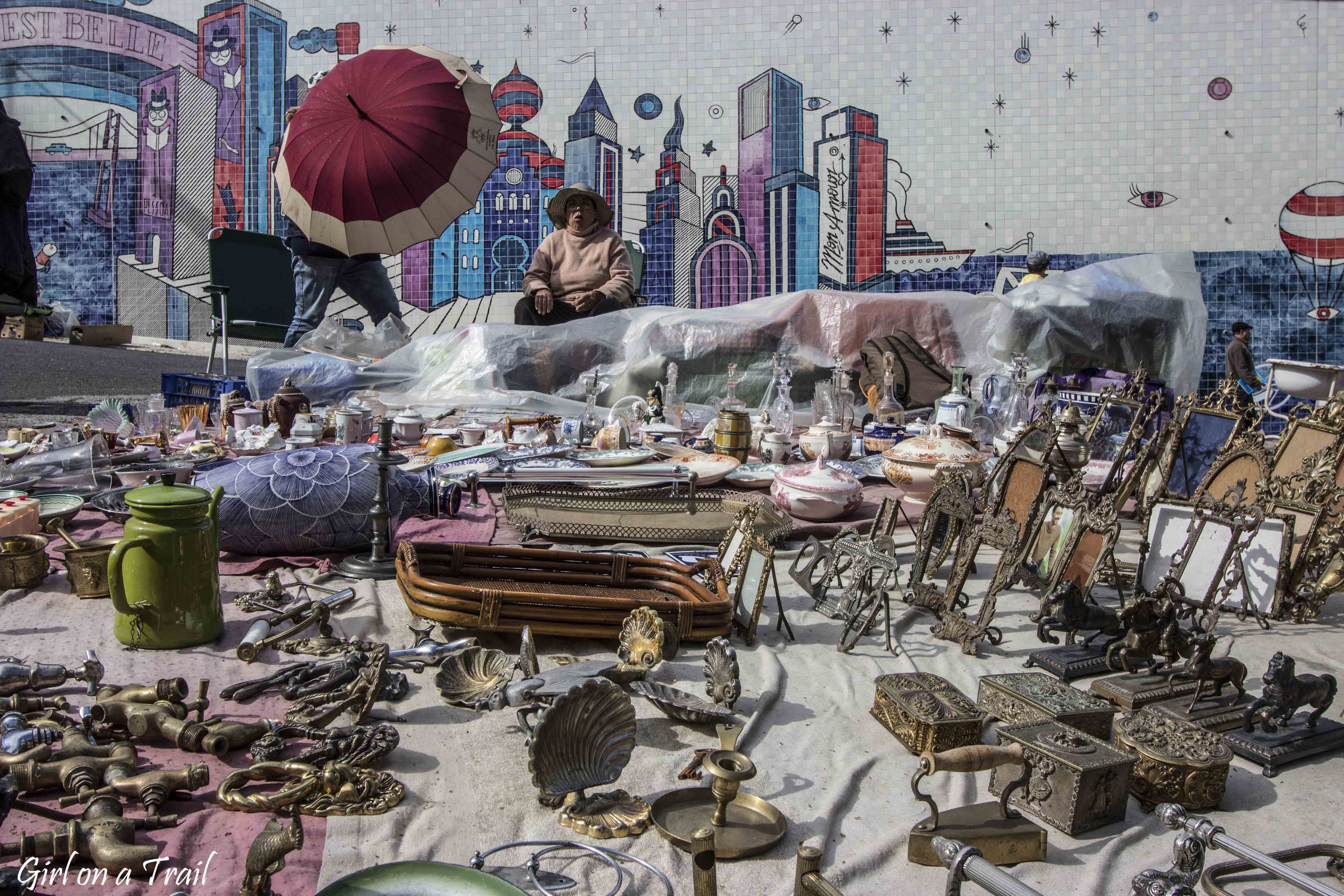 Alfama is a unique place. It seems to be separated from the bustling part of Lisbon, which gives you a feeling of diving into the local reality. Unfortunately, due to the development of mass tourism, there are less and less such places. I suspect that soon on Alfama streets we will also encounter stalls with “Chinese” souvenirs, food trucks and other commercial chain stores. 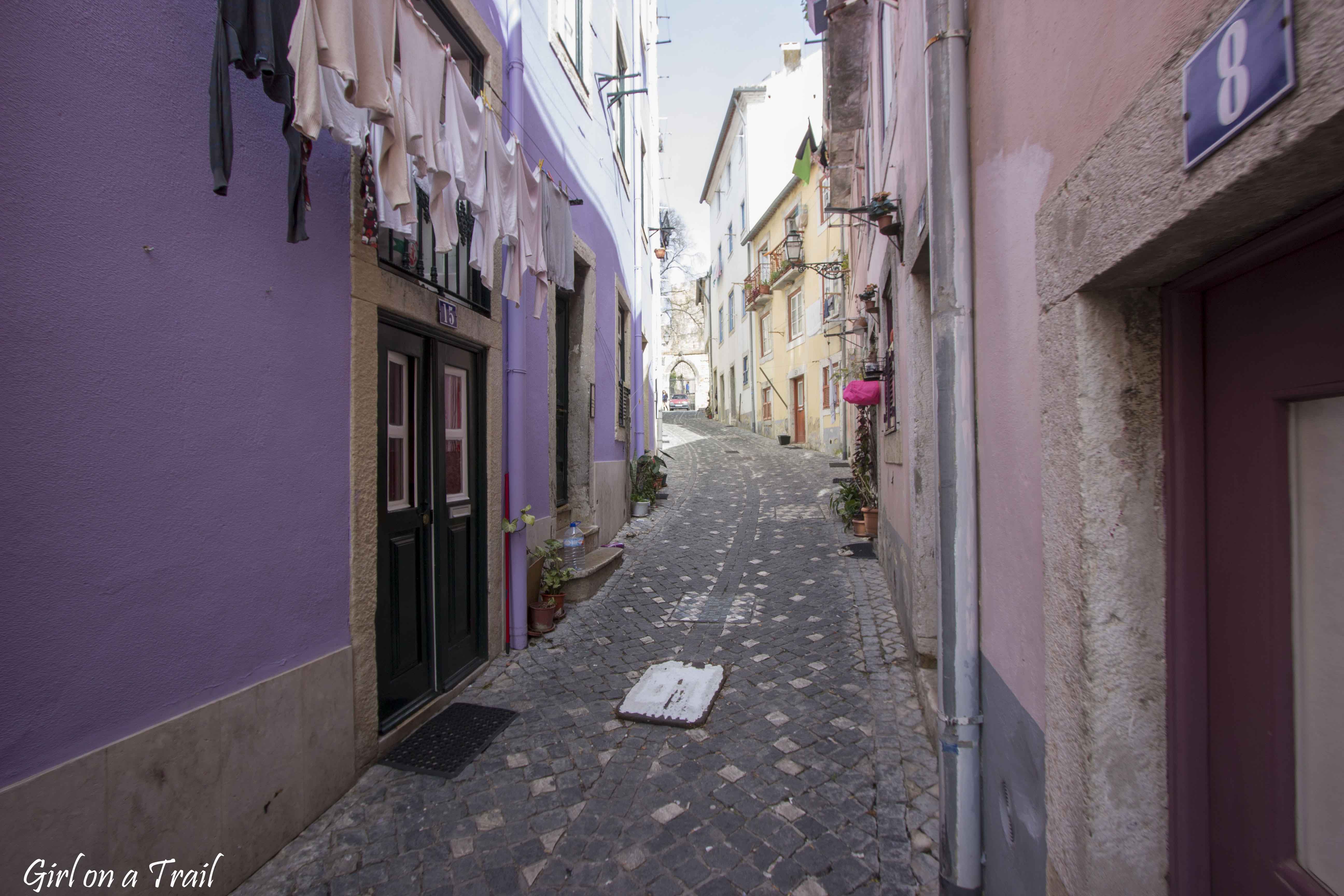 However, in my memory will be the sounds of fado, warm smiles of old ladies selling delicious, homemade cherry liqeur, pastel colors and perfect photo chiaroscuro I have never seen in any other city.