The journey to Bosnia and Herzegovina has made an enormous impression on me. I’m sure a great influence on my reception of this country had the fact that I went there alone. Travelling alone has a lot of advantages, but I think the most important is that it’s a time to stop and think, especially when we don’t  have time for this in the daily race. So far, I’ve only known BiH from the history class: as the hot spot, which led to World War I and the scene of the tragic events of the civil war, along with the famous song U2 “Miss Sarajevo”. 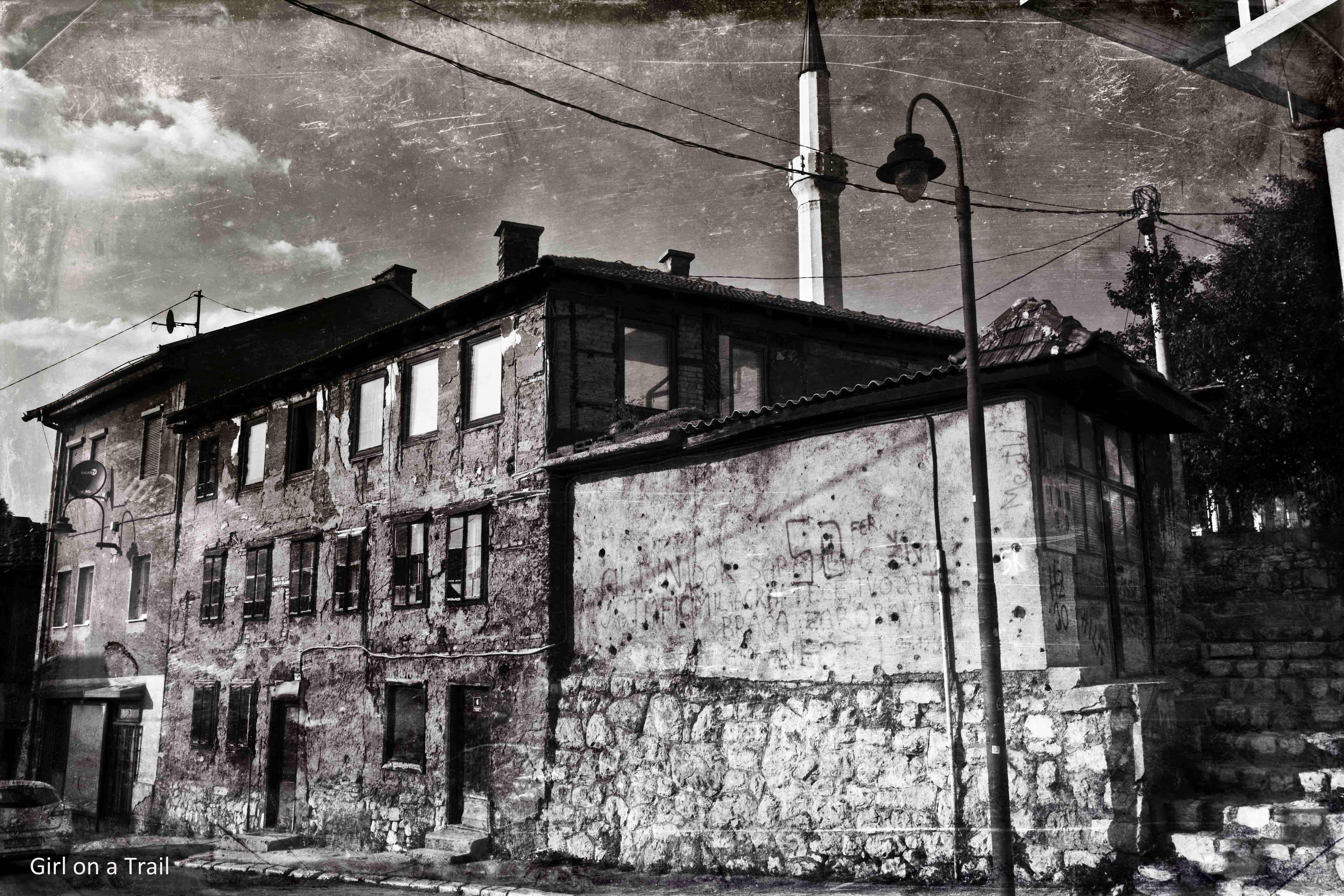 When I got off the bus at the Bus Station in Sarajevo, I felt this trip would be one of THESE special trips. 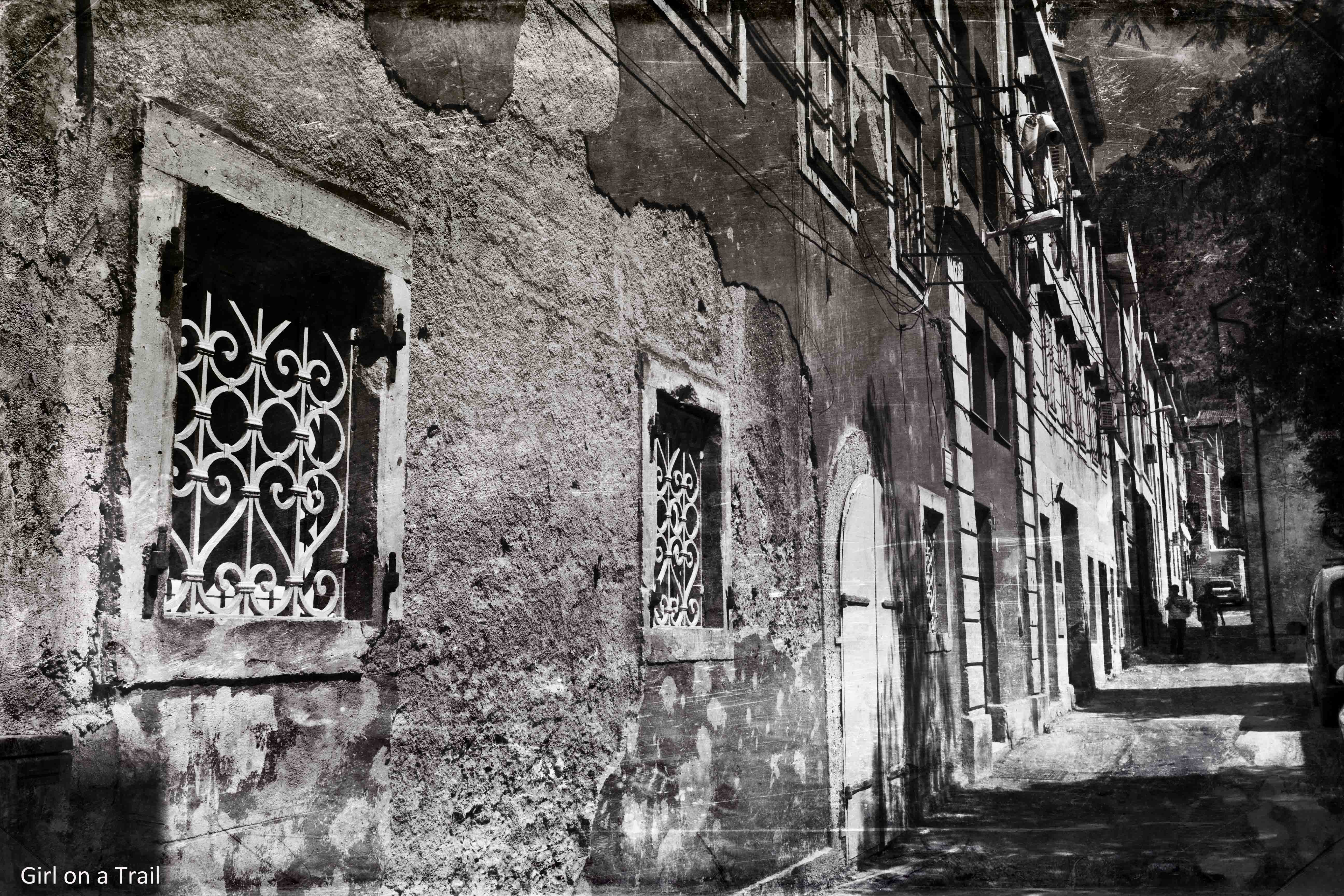 Bus station is located right next to the main city street – Zmaja od Bosne. During the Serbian siege of the city, which was the longest in the history of the modern warfare and lasted from 1992 to 1996, the street was full of plates, warning  Pazite, Snajper! (“Beware, Sniper!”). 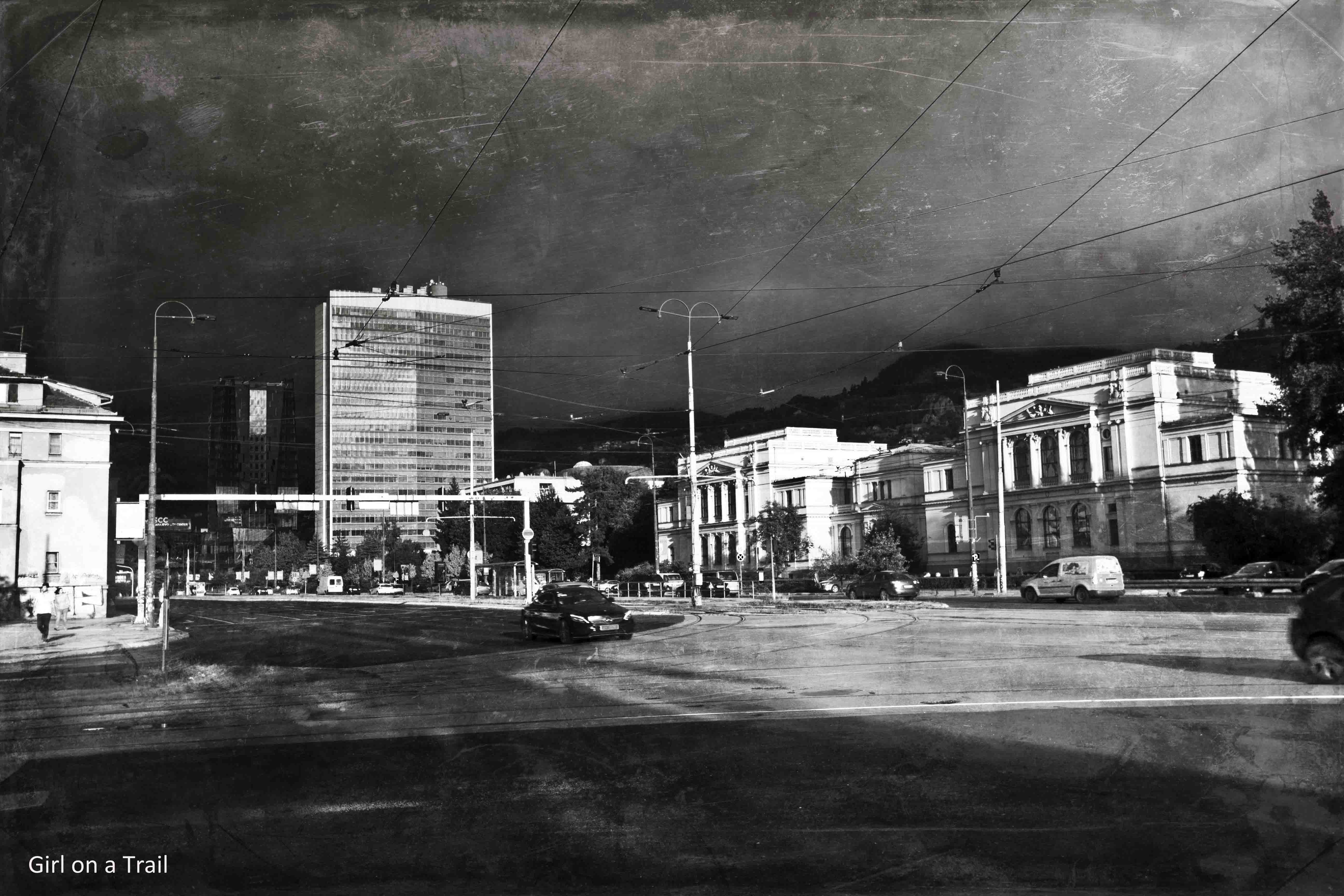 Here were the tallest buildings in Sarajevo, used by snipers to assassinate civilian population. For this reason, the street was called Sniper Avenue. So far, there’re a lot of bullet holes in the buildings. 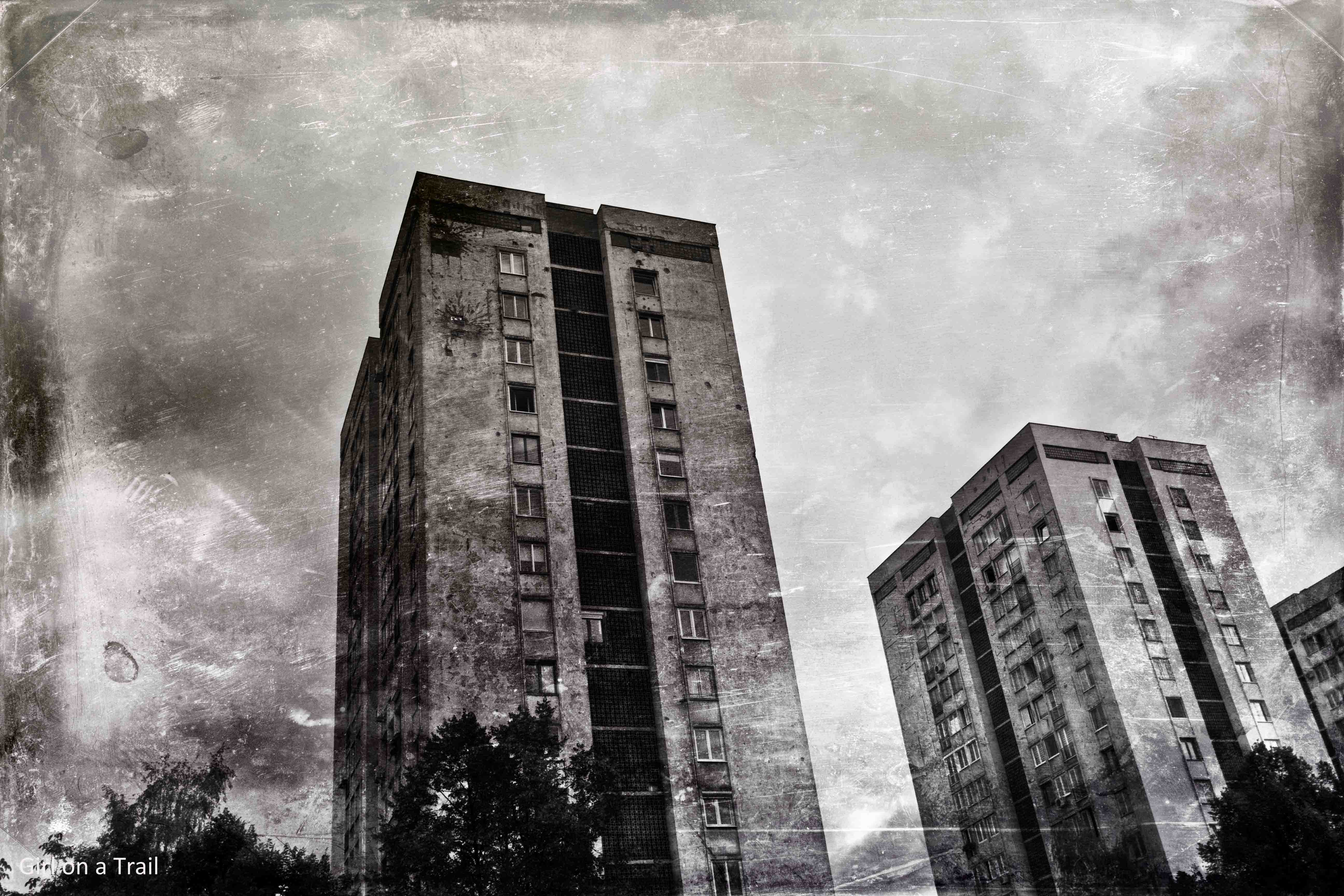 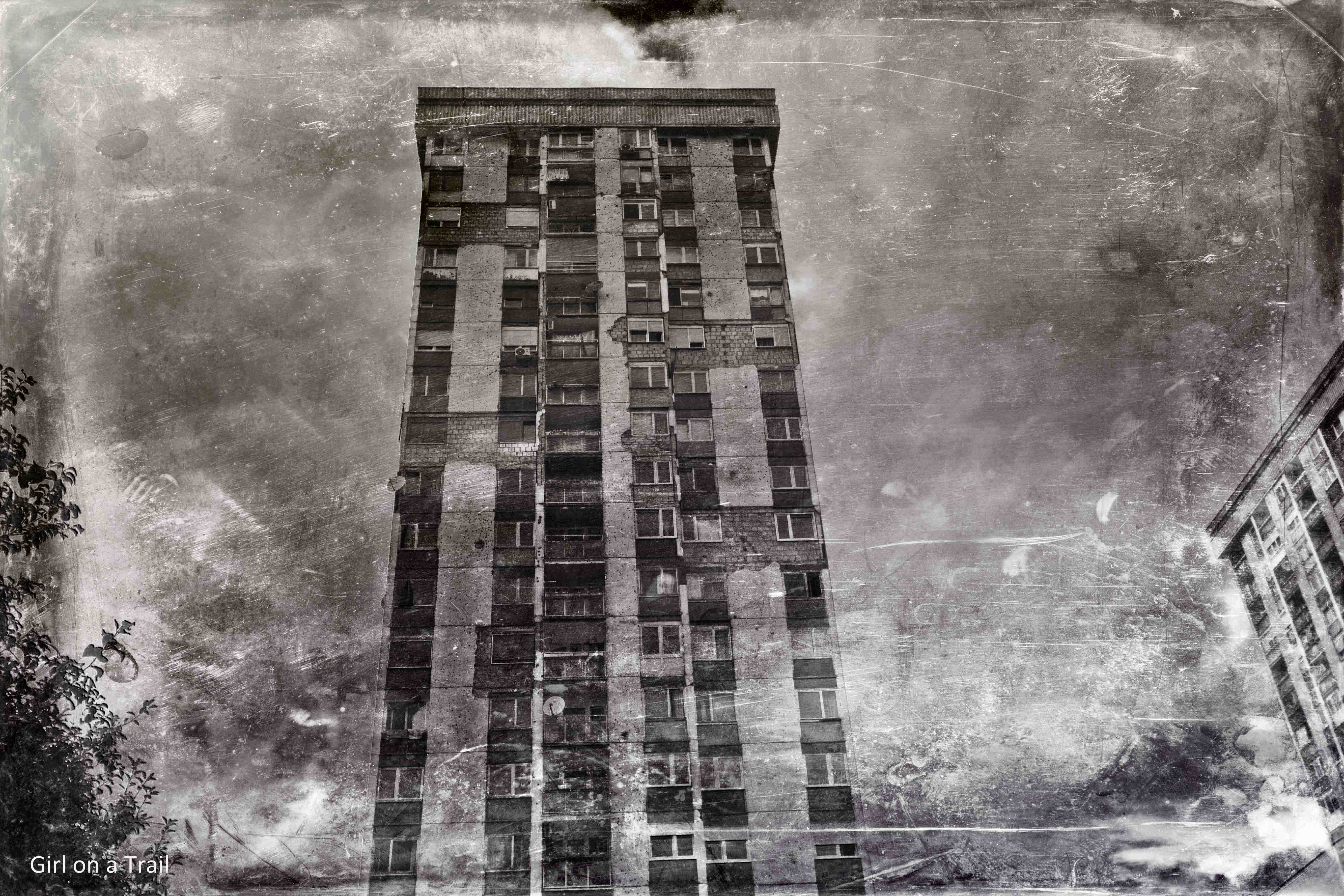 Anyone who was near this street, was under the threat of death. Well, you’d think that, in that case, why would anyone think to be there? Unfortunately, the situation of the people of Sarajevo was very complicated. The UN embargo on arms supplies, led to a significant advantage of the Serbian forces receiving permanent supplies from Serbia. 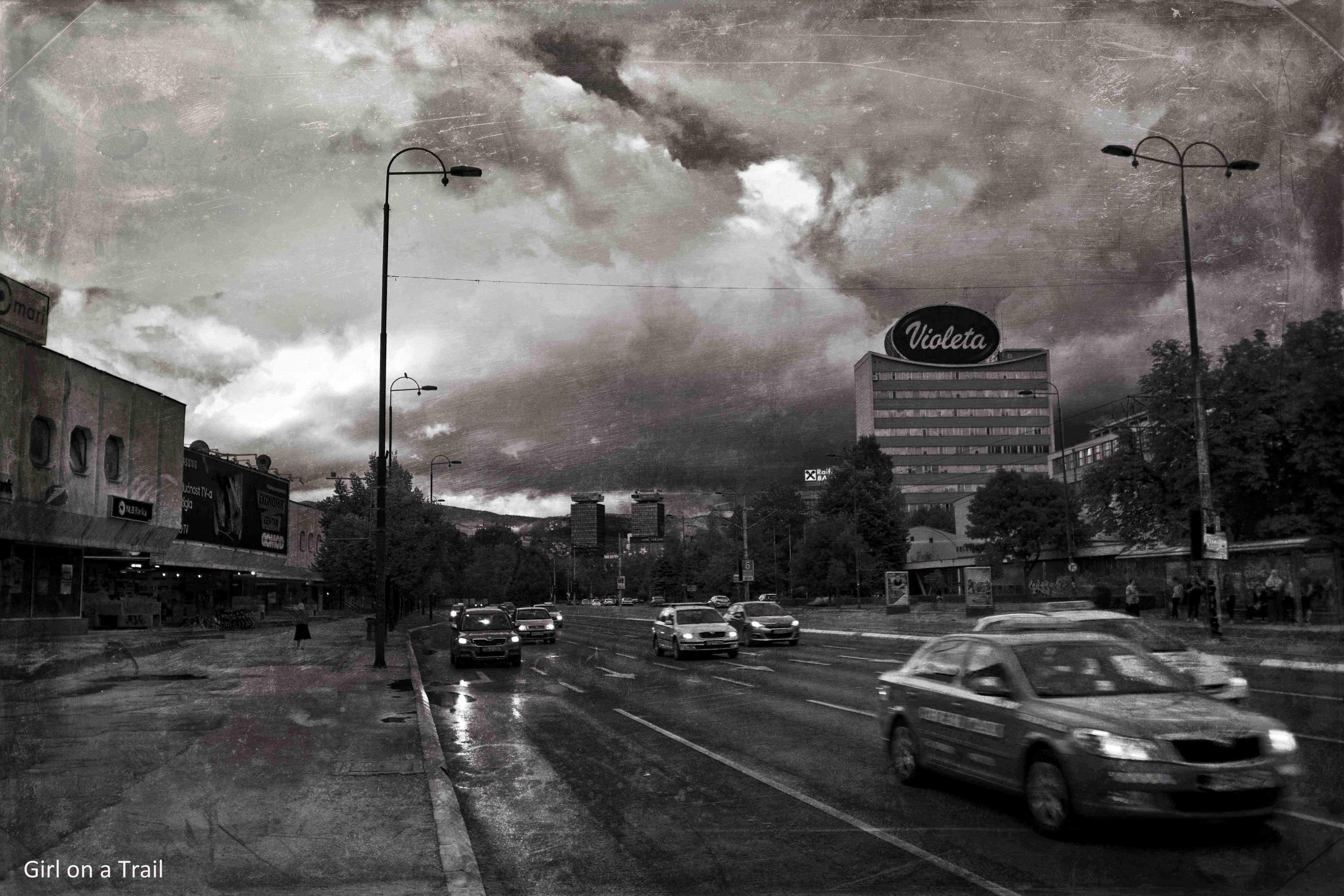 In addition, the city, surrounded by the Serbs, was totally cut off from food and drug supplies. People risked their life to get something to eat or drink. Humanitarian aid organised by the United Nations, often failed, in many cases it went to the Serbian side, and in addition, some of the food parties date back the Vietnam war, very often it was also canned pork which cannot be eaten by Muslims. As a reminder of these events, just next to the Historical Museum in Sarajevo, you can see  a monument of this can. 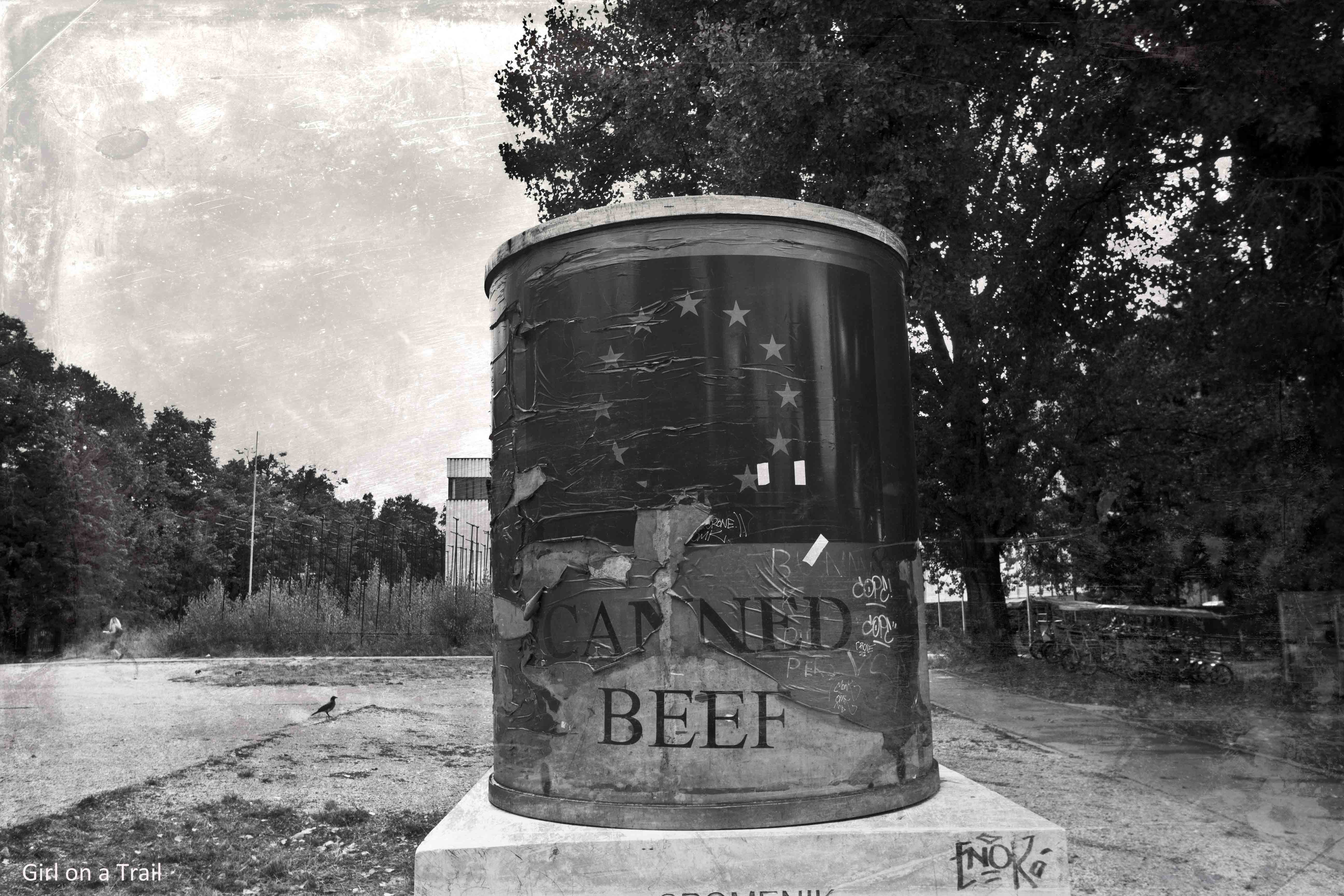 The lack of food supplies and weapons forced Sarajevo residents to dig a tunnel. It was located just under the airport controlled by the Serbs and connected two districts of Butmir and Dobrinja. The new transport way was nearly 1 kilometer long, and quickly received the name Tunnel of Hope or Tunnel of Life. 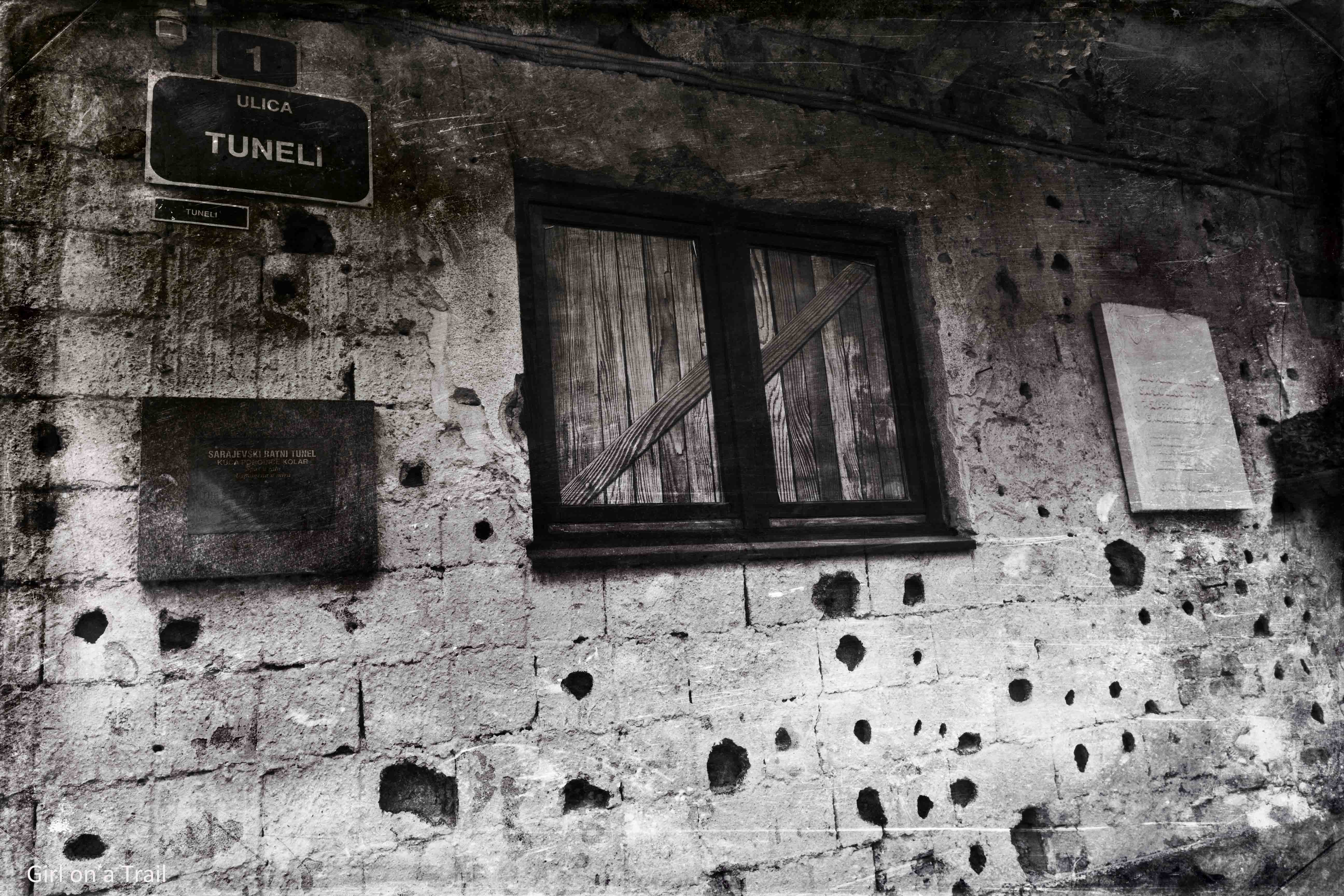 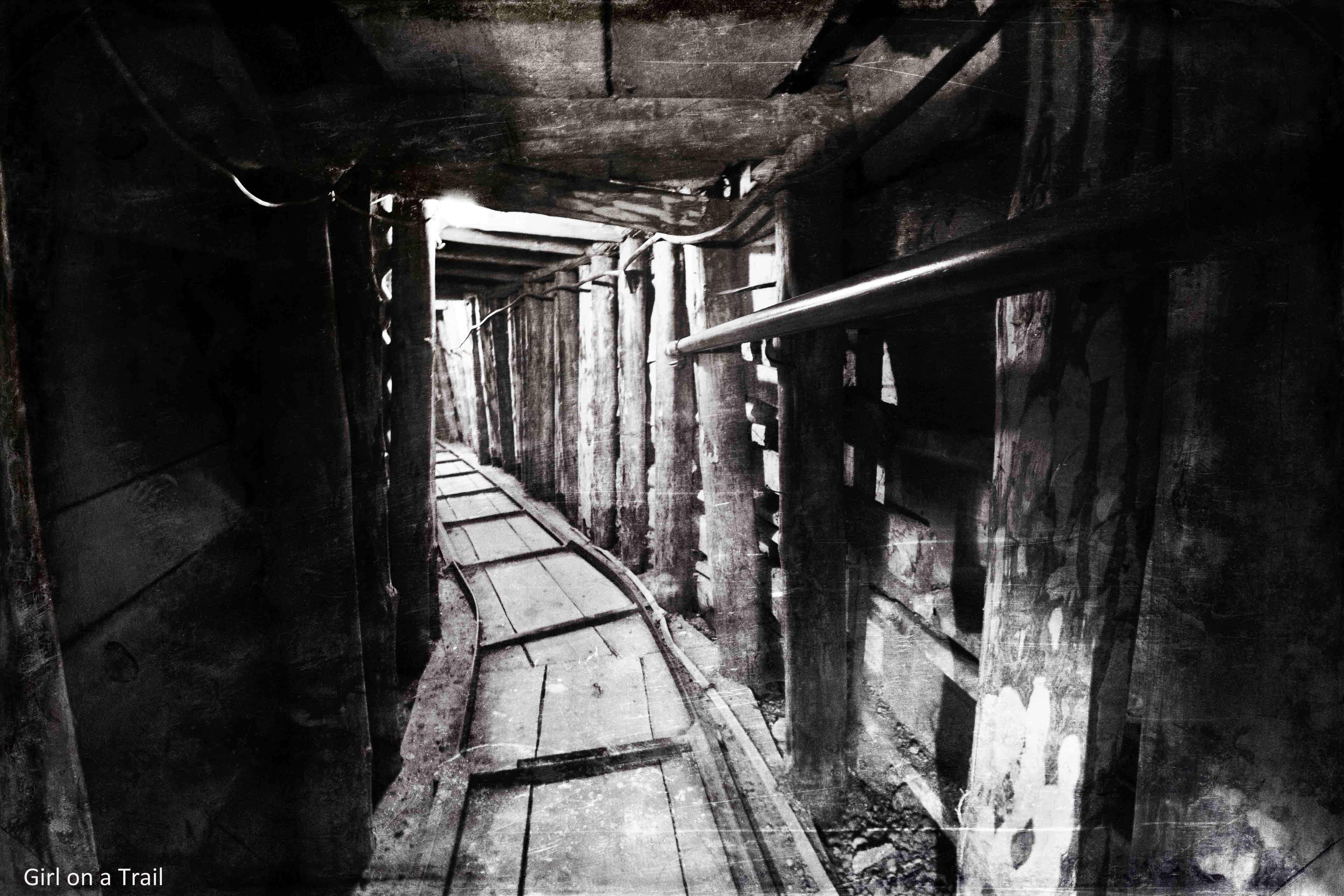 In addition to the damaged by the bullets buildings that can be seen at every step in BiH, there are numerous cemeteries. They look like forests consisted of the same marble, narrow, towering gravestones. They are so identical that even the death dates are the same 1992 – 1995… 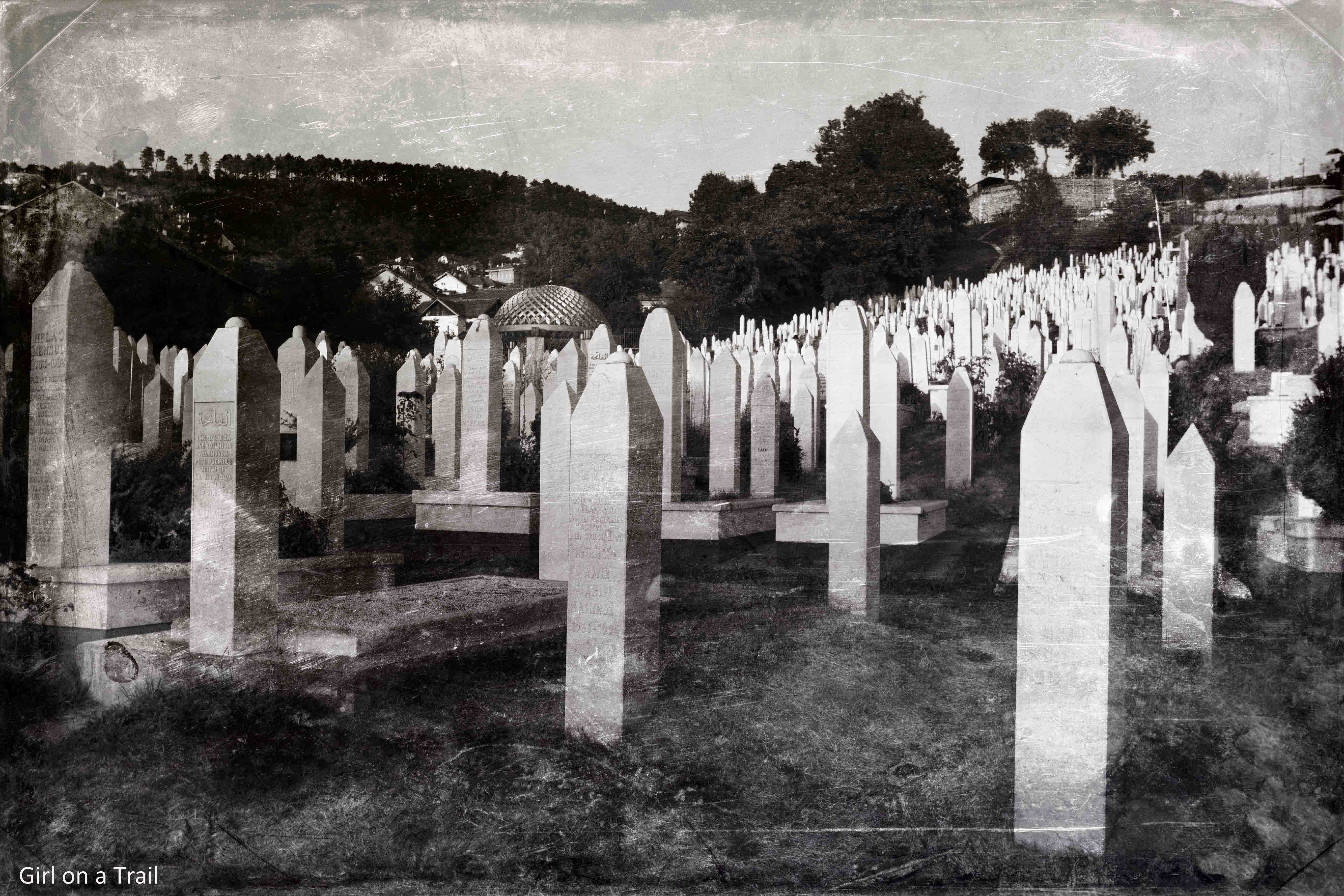 It is estimated that the war in BiH has even claimed 200 thousand victims. A large part of the population was killed during the ethnic cleansing that was made by each side of the conflict. One of the most poingnat places in Sarajevo, is Srebrenica Gallery 11/07/95, dedicated to Srebrenica genocide. In July 1995 over 8 thousand Bosnian Muslims, mainly men and boys were killed here by the Serbs. What it worse, this tragedy could have been prevented. Srebrenica was one of the 6 so-called “safe”, demilitarized zones created in 1993 by the UN. Many people were looking for schelter here because, according to the resolution, maintaining security in the zones was guaranteed by NATO. At the time of the massacre, NATO did not react. 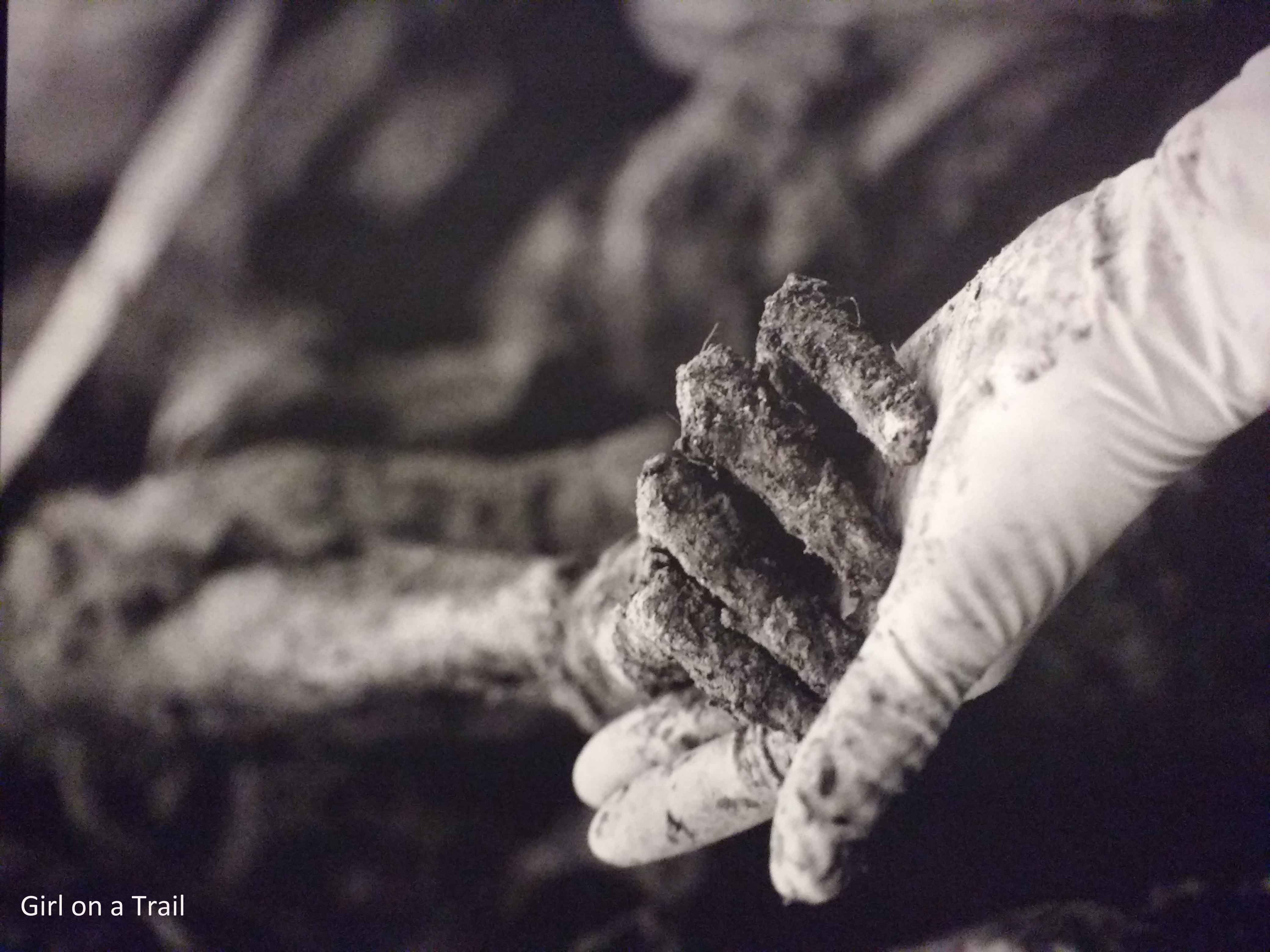 However, the ruthlessness and cruelty of war were also manifested on a massive scale rapes, as well as in numerous concentration camps. While being in Sarajevo is worth visiting the Museum of the Genocide and Crimes Against Humanity. 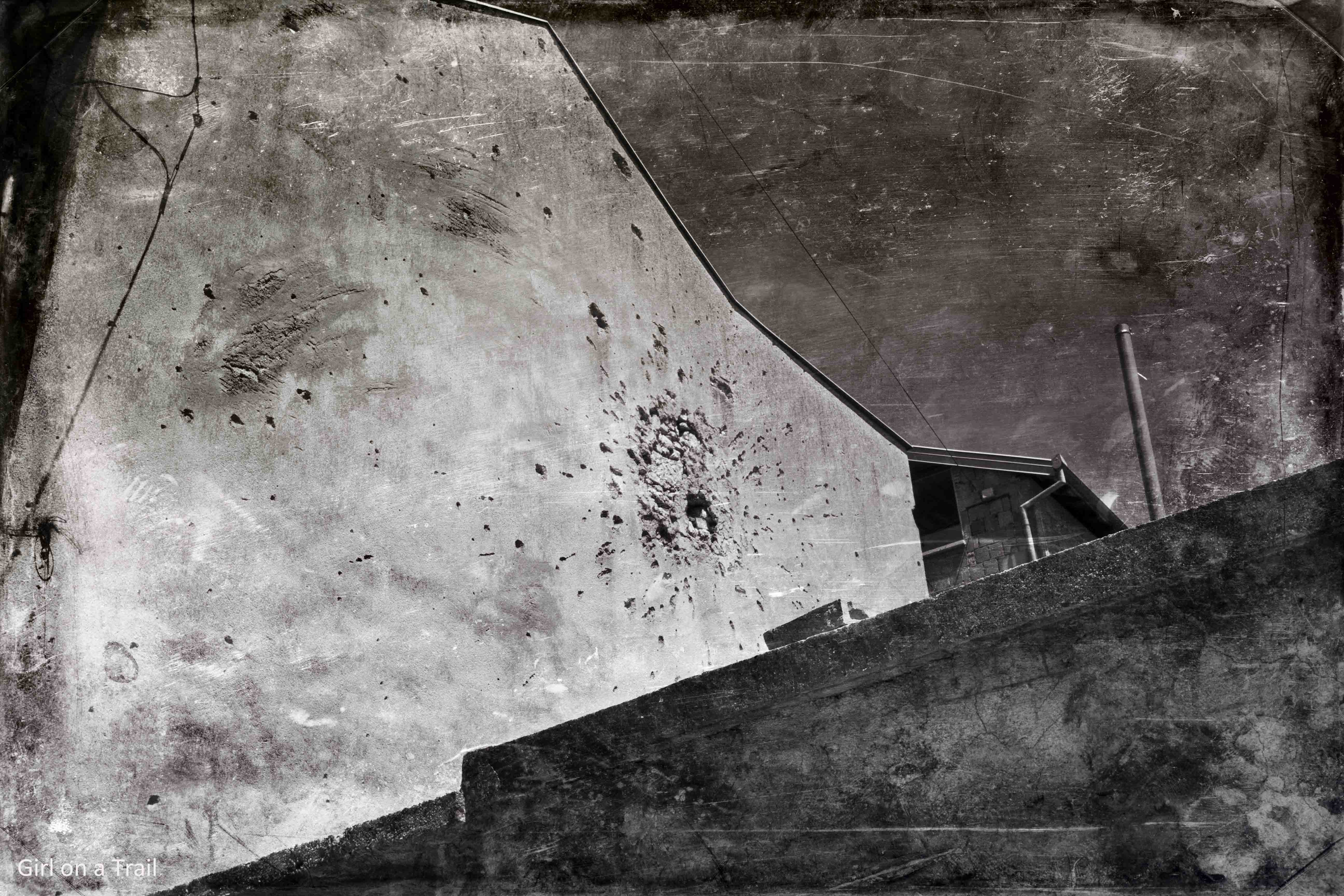 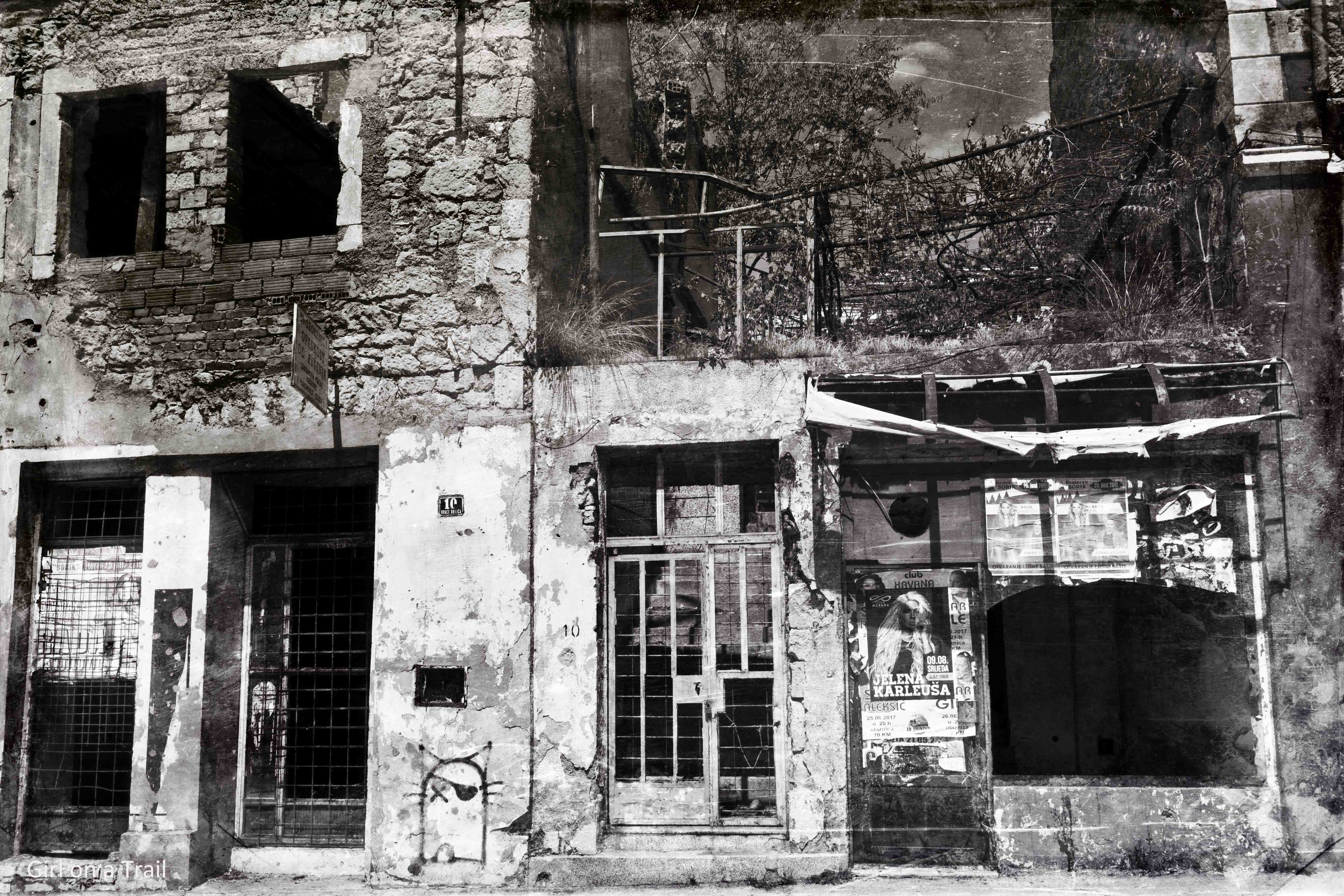 During my stay in BiH, the most moving were the stories of the residents. Most of the families were expelled from their homes, some of them were murdered and some of them were put into cars without knowing what would happen next. Many people died in concentration camps as a result of hard work and food shortages. According to the account of one person who I met, there was only one meal a day. It was threw on the floor and prisoners had only 30 seconds to eat it with the hands tied in their back. In addition, on the daily basis were beatings and the lack of possibility to meet their physiological needs. 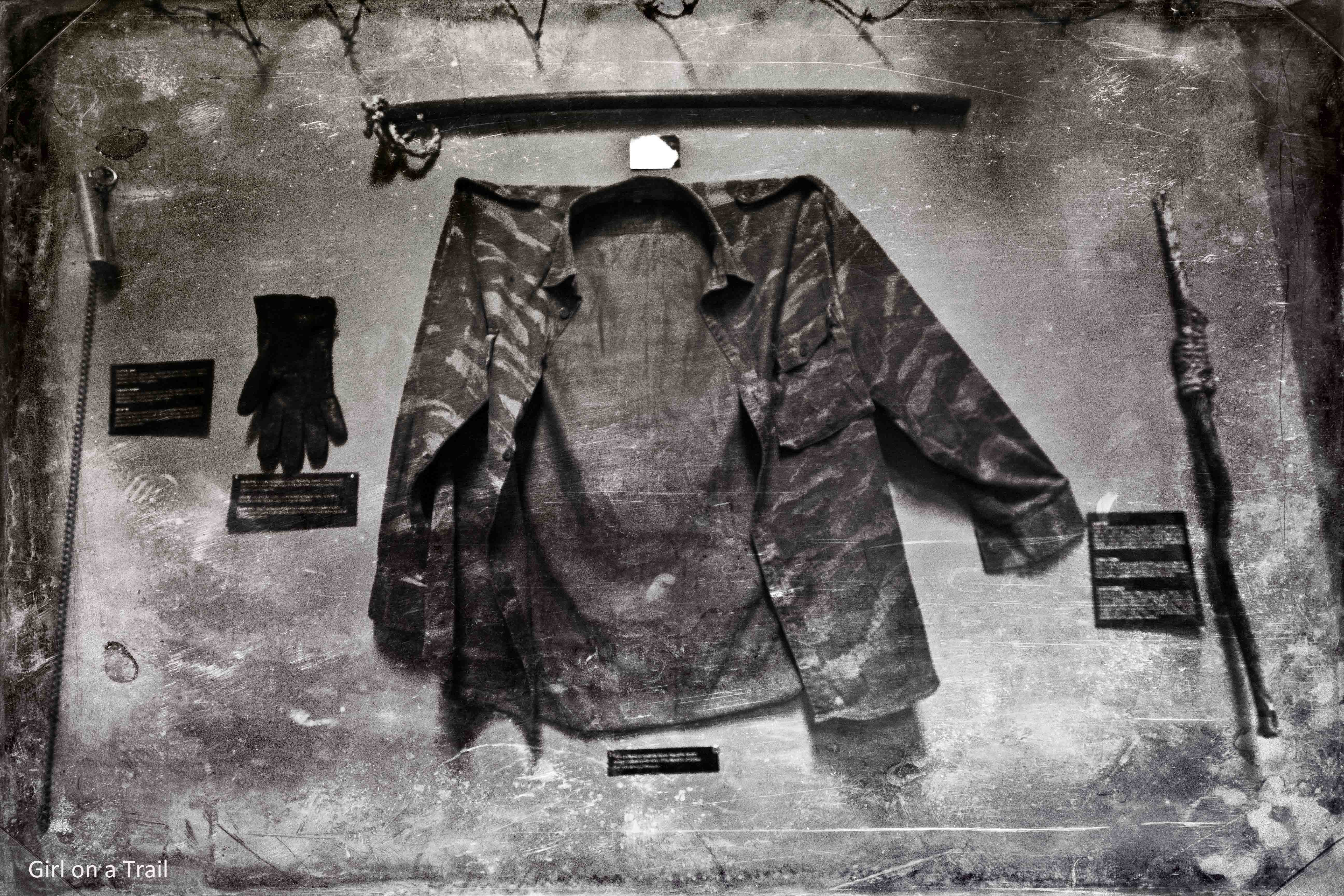 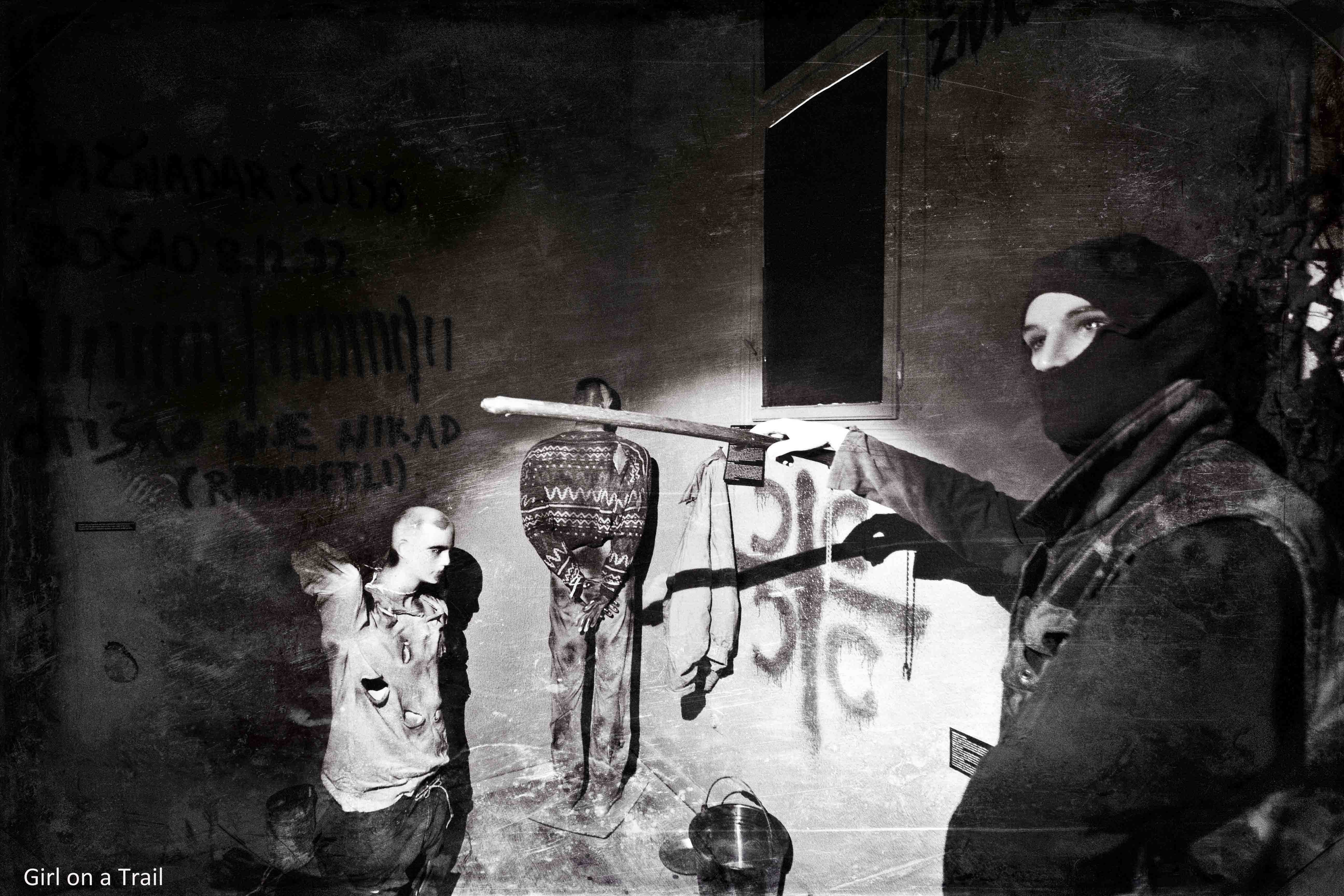 Mostar, my next destination. One of the most beautiful cities I’ve ever seen. The beautiful, Ottoman architecture, narrow, paved streets, and the famous Old Bridge, which is already a symbol of BiH. Until now, I cannot believe that a little more than 20 years ago, a dramatic events took place here. 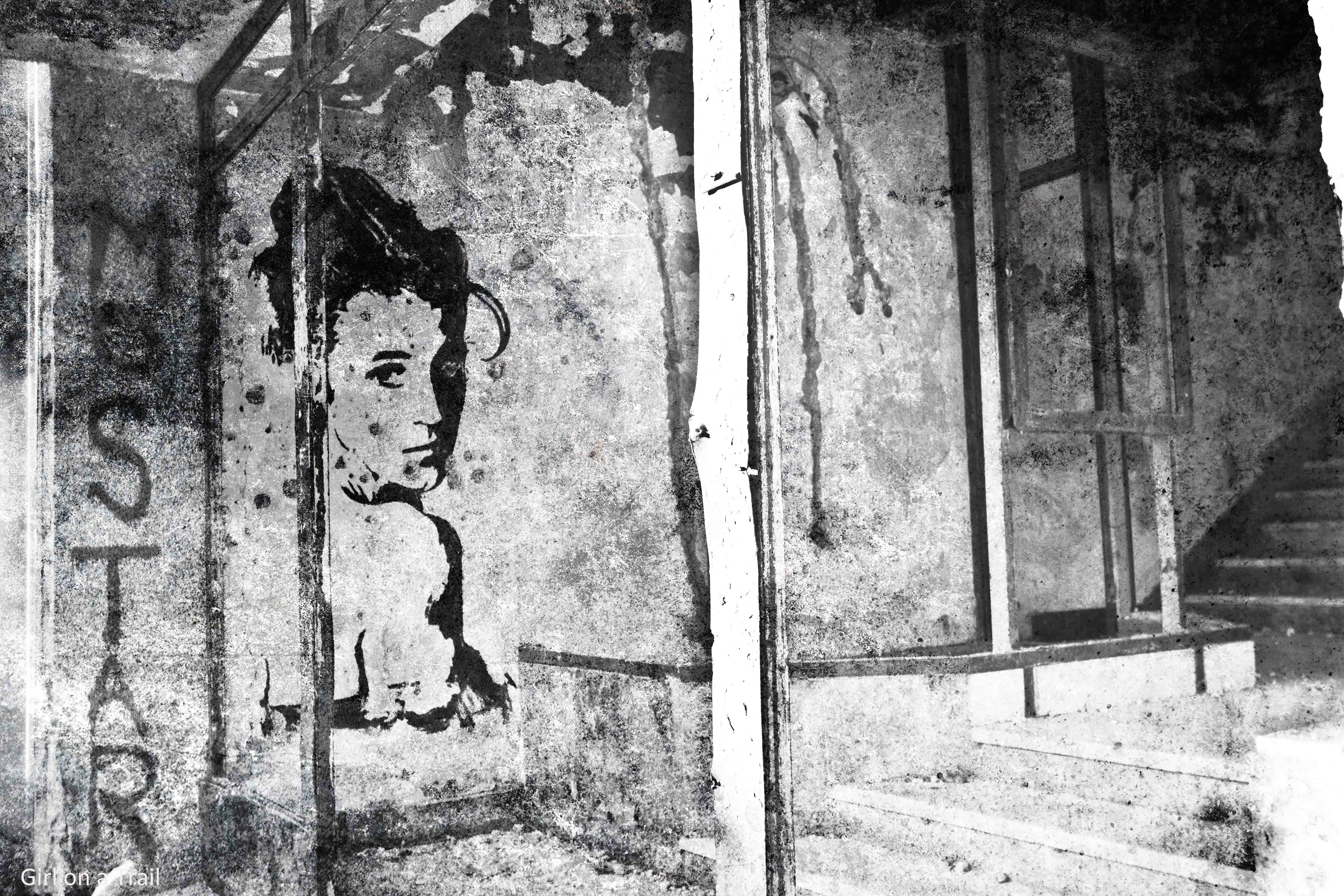 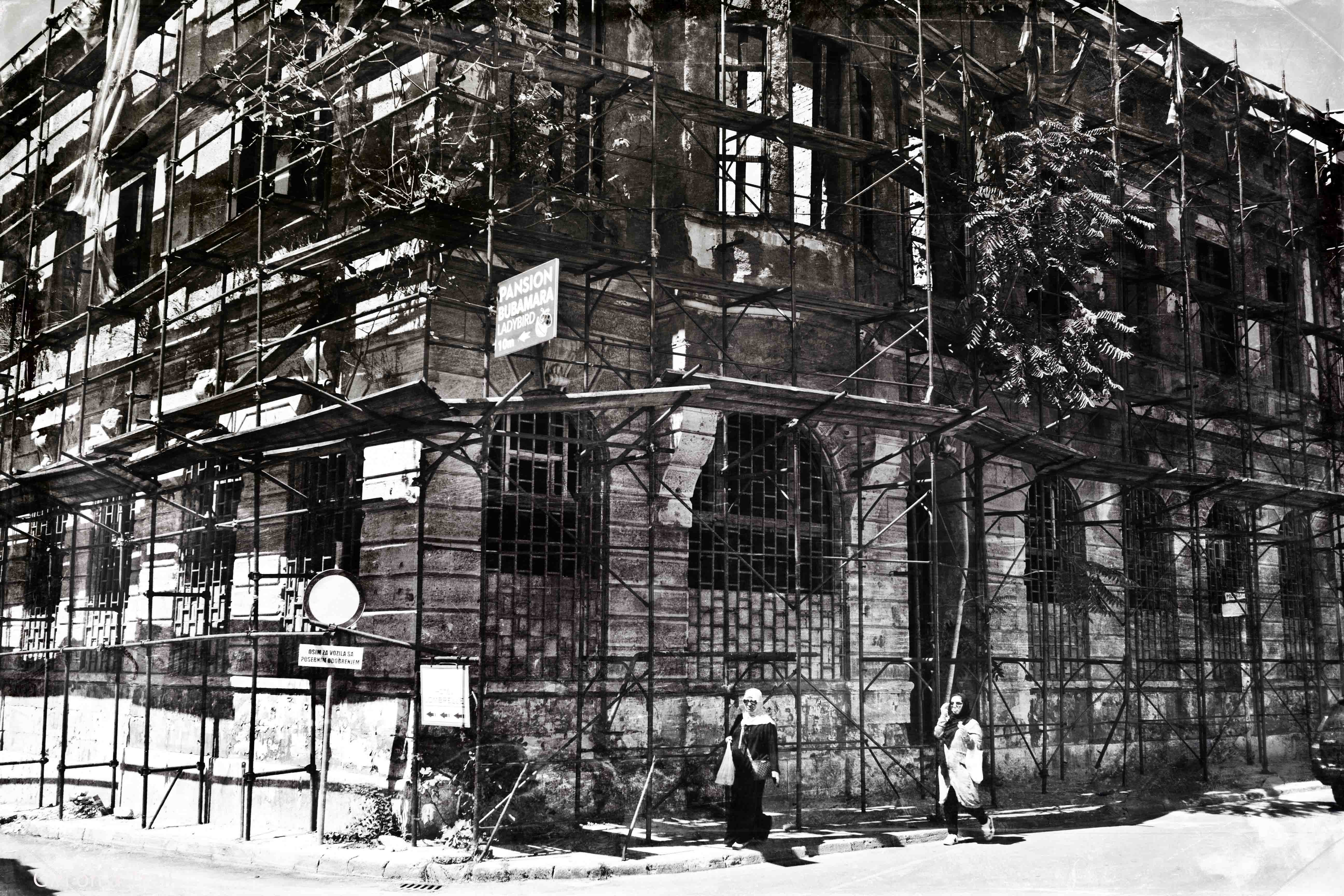 Mostar, early afternoon, the bridge is full of tourists, some are elbowing through the crowd to see the famous jumpers, some are trying to keep a balance on a slippery stones, I’m sanding looking with interest how many of them can spot a stone with the inscription  “don’t forget ‘93” 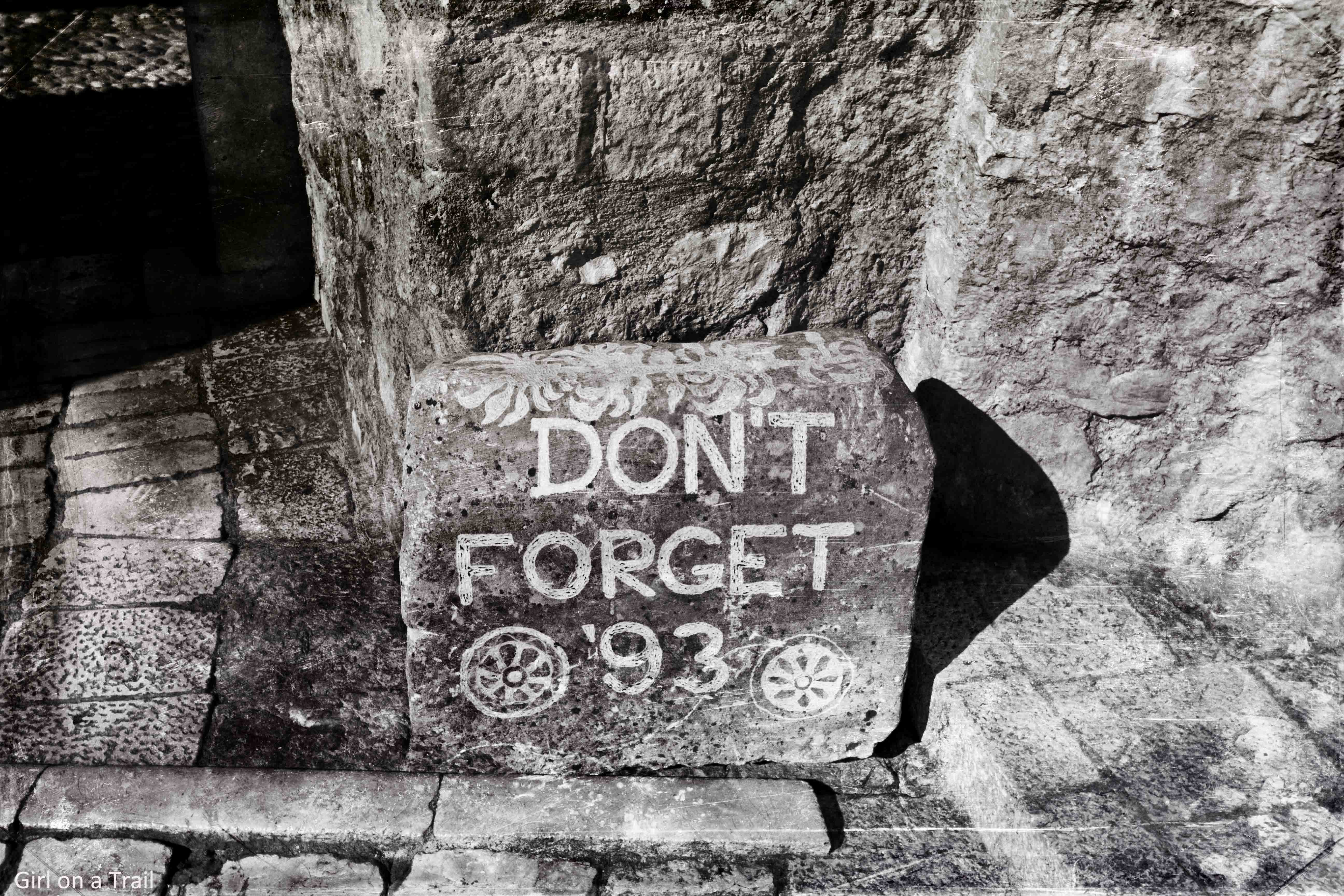 The Battle of Bosnians and Croats against the Serbs began in May 1992, and a year later the Croats started a fight with Bosnians. For almost a year they occupied the eastern part of Mostar, and the effects of this occupation can be seen even today. 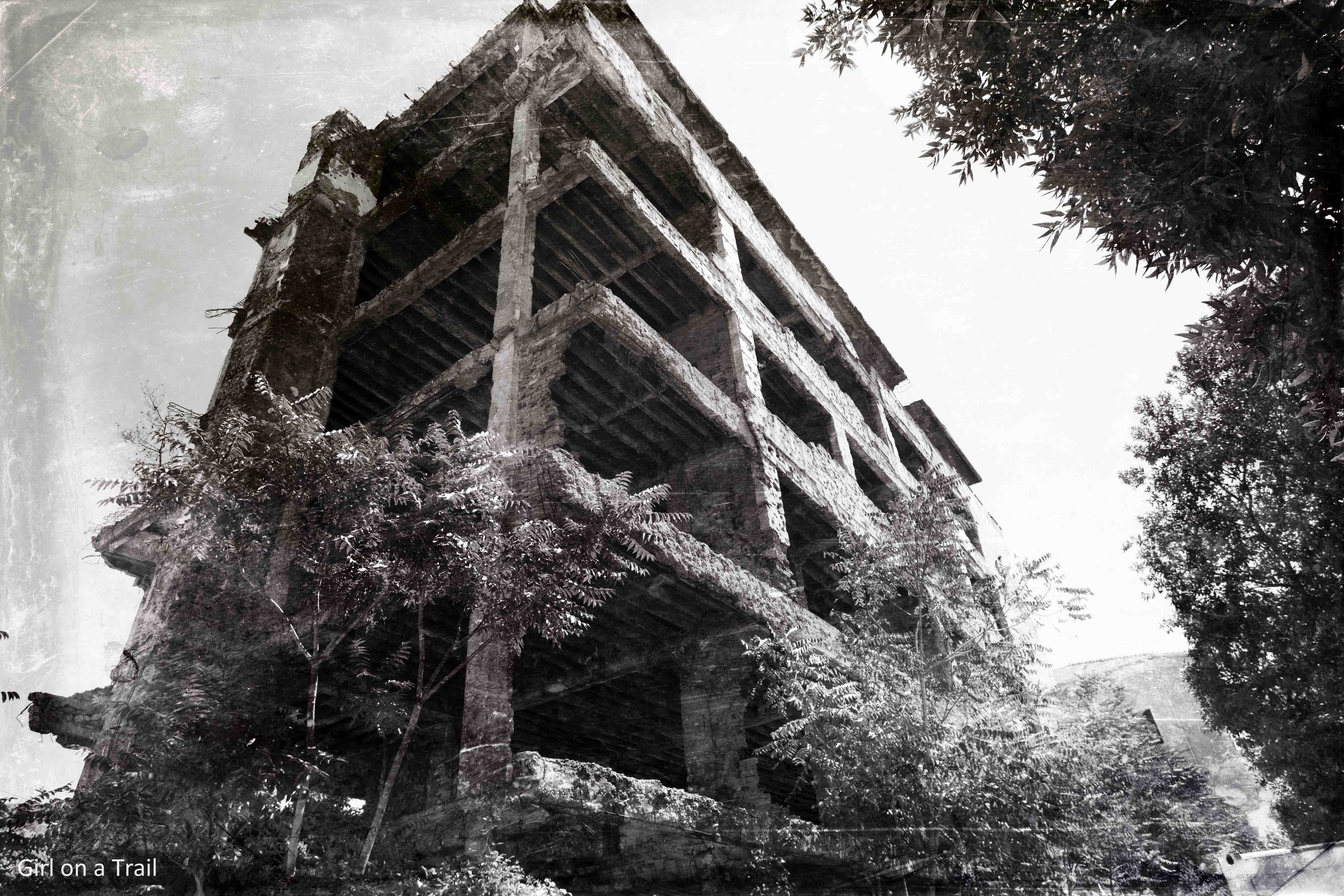 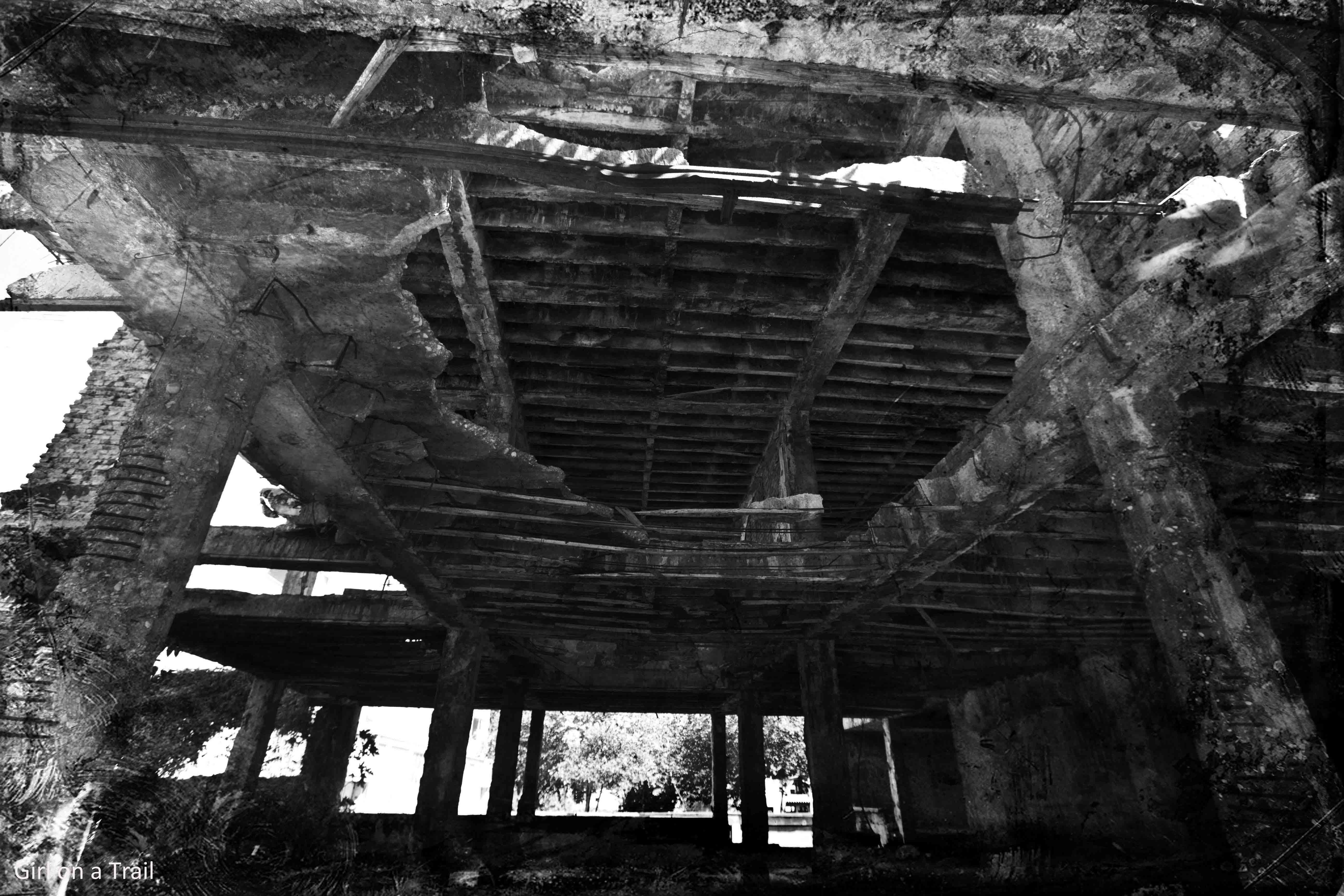 All you have to do is literally walk a few steps from the Old Bridge to the main street Maršala Tita, to imagine the scale of the damages. The buildings are full of bullet holes, and many of them are completely destroyed. The whole city was razed to the ground and even the famous Old Bridge form 16th century, collapsed on 9th November 1993, as a result of the Croatian fire. 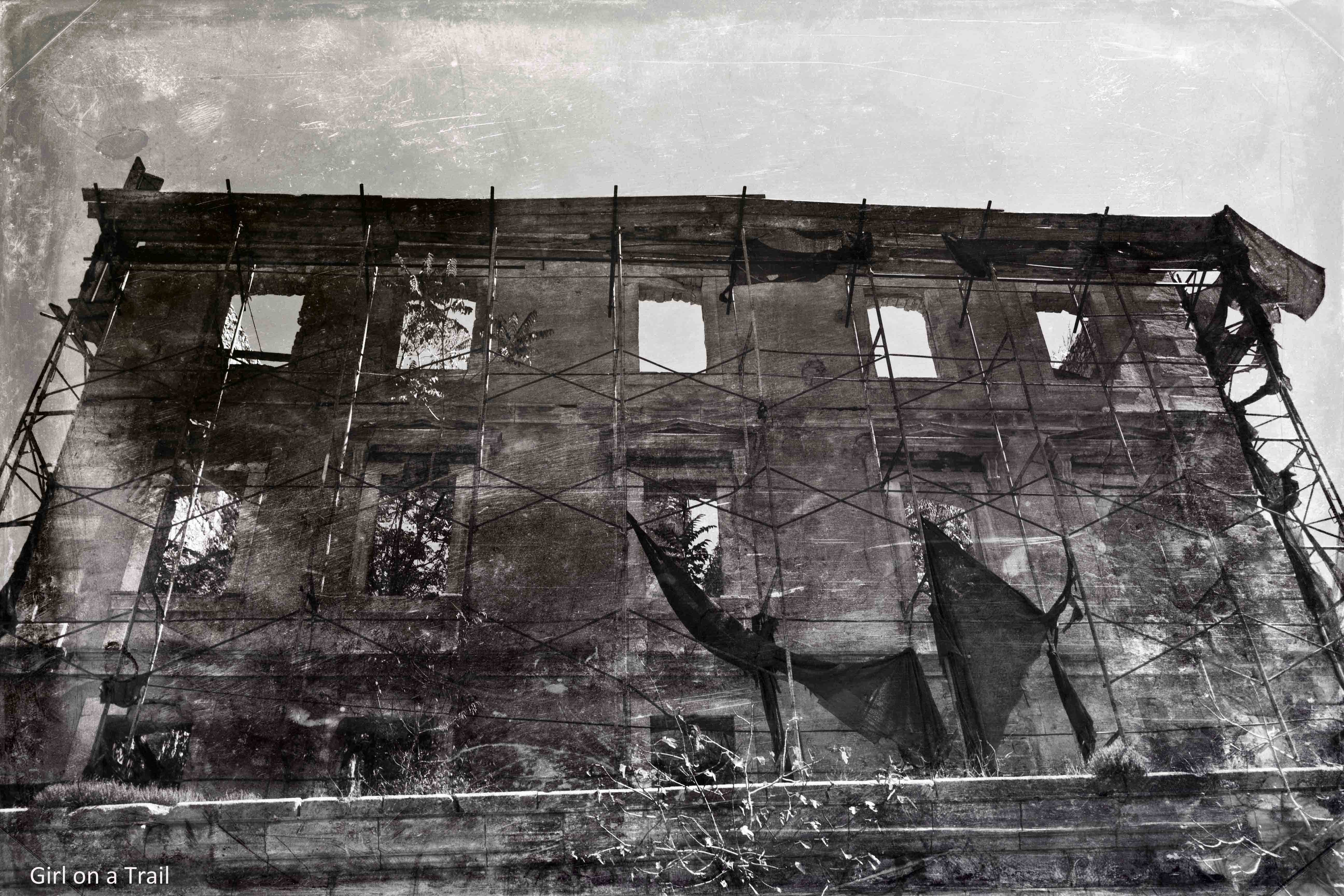 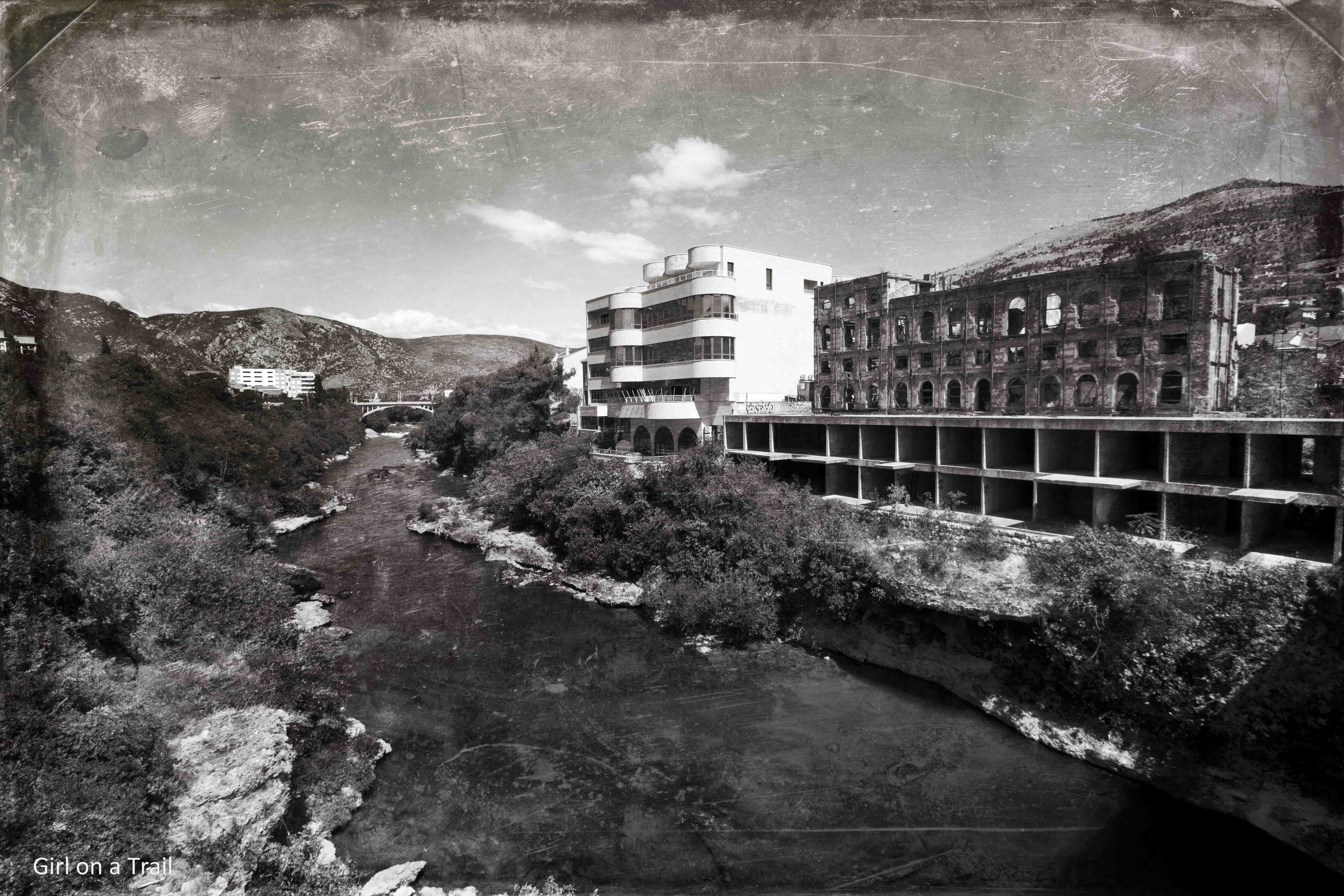 On the other side of the Neretva river, there’s a so called Sniper Tower. At first it was the bank’s building, but during the war, this tallest edifice in Mostar was used by the Serbs and Croats to assassinate the Bosnian population. Muslims lived in constant fear in Mostar. It was said that if you could see the tower from where you were standing, the sniper could see you. 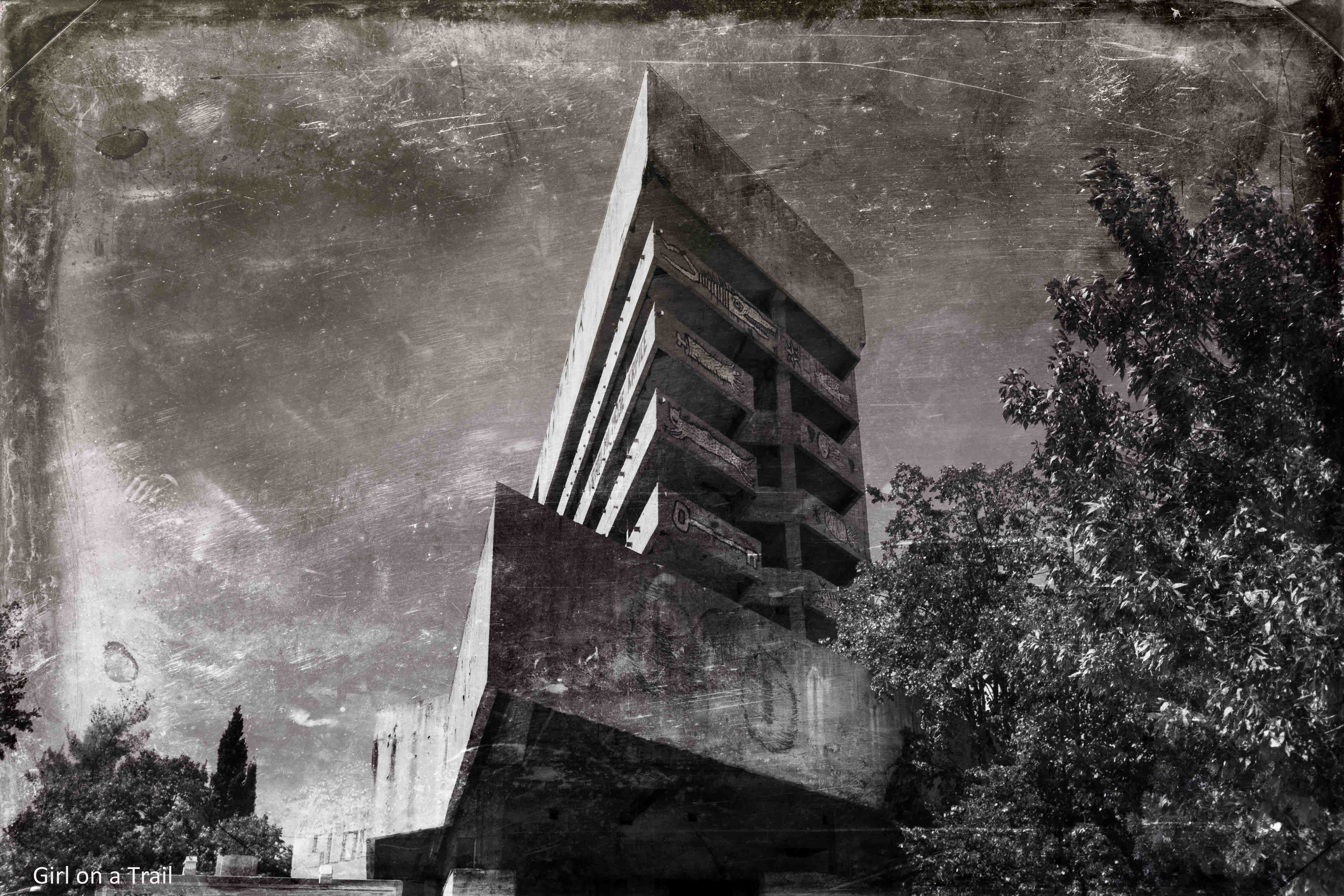 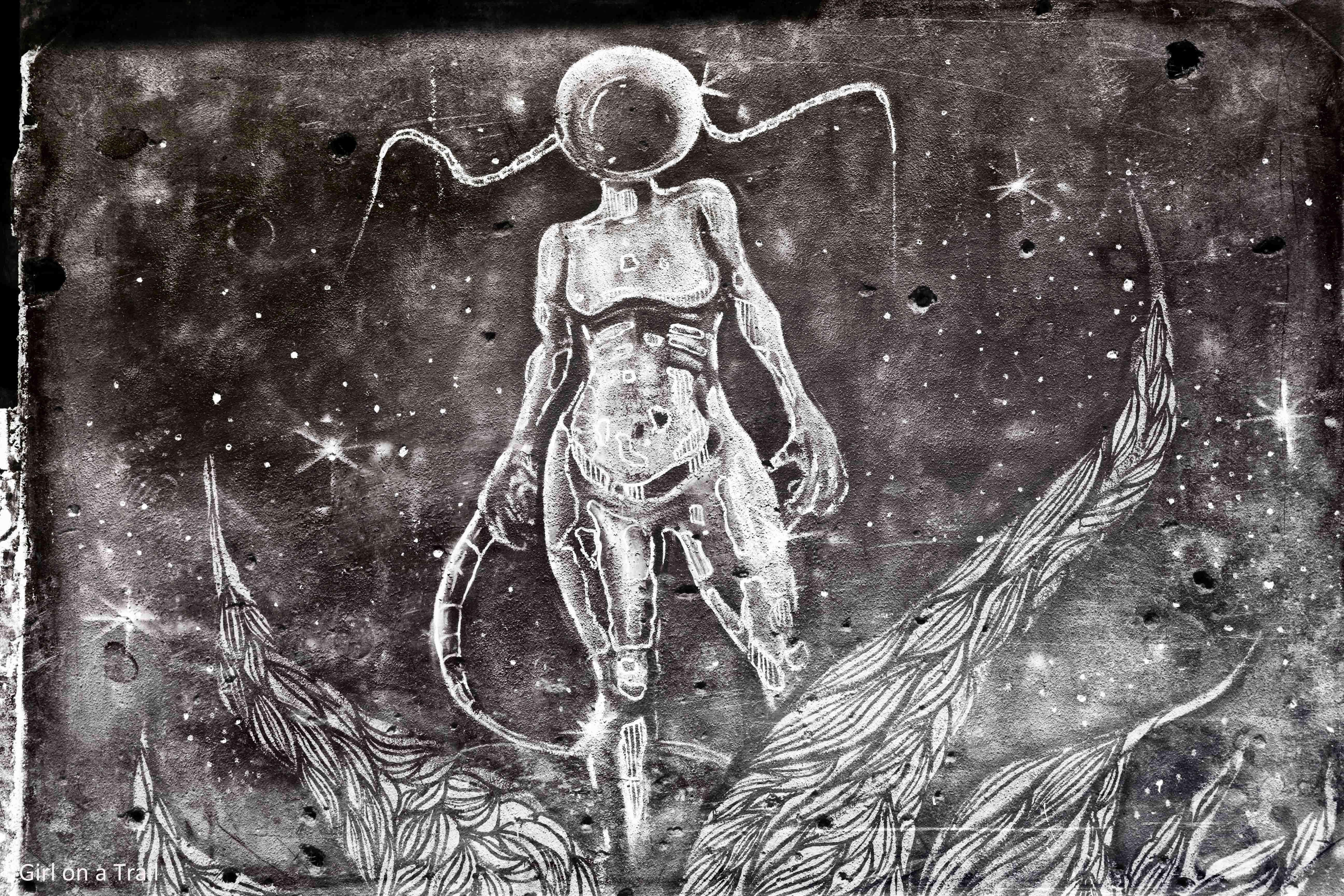 You would think that the situation in BiH, after more than 20 years, is stable. However, the state is under the Dayton agreement of 1995, became a strange creation of the Republic of Serbia, the Federation of Bosnia and Herzegovina and the Bracko district, which is under international control. The situation is even more complicated by a sick political system, in which the government consists of the presidium, representing the interests of Bosnian Muslims, Serbs and Croats. Each member has the power for only 8 months. 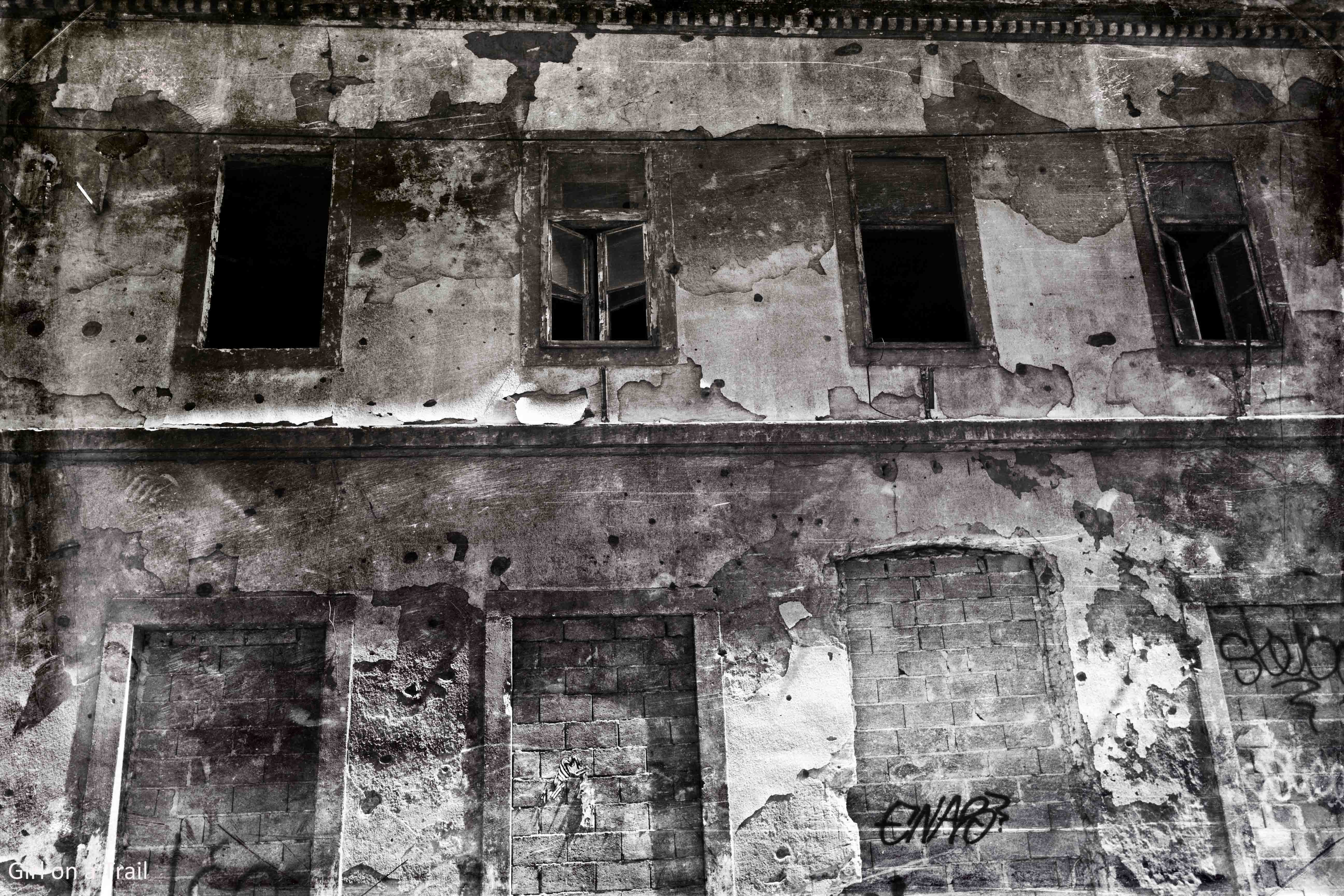 In Mostar itself, there’s still a division to the Eastern Bosnan part – and the West – Croatian, the border line is the street, Not only the street designates a breakdown, but also separate hospitals, police, post offices or schools, because, every nation has its own version of history. Tensions are visible here, even on the roads you can see erased Serbian names of the towns. 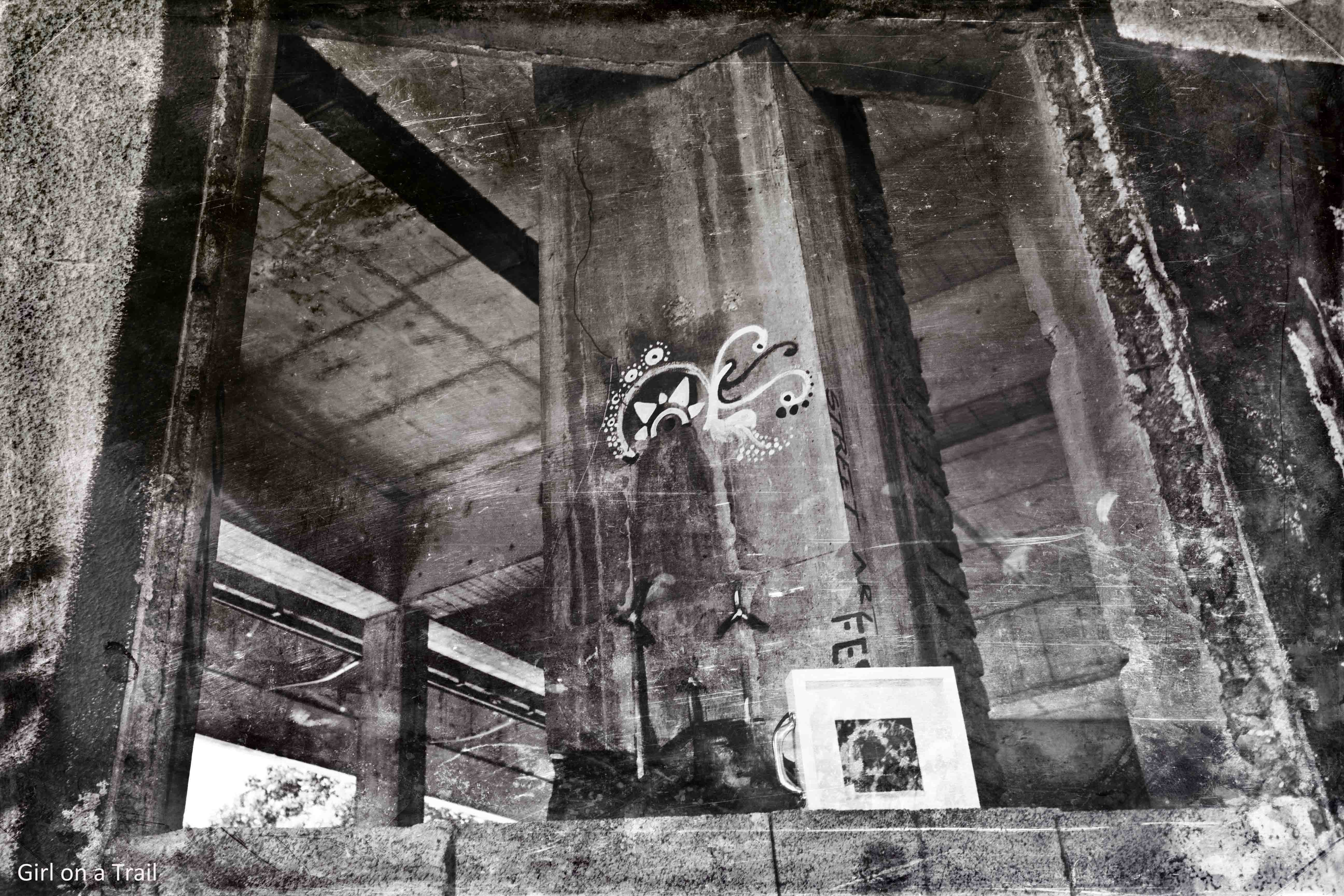 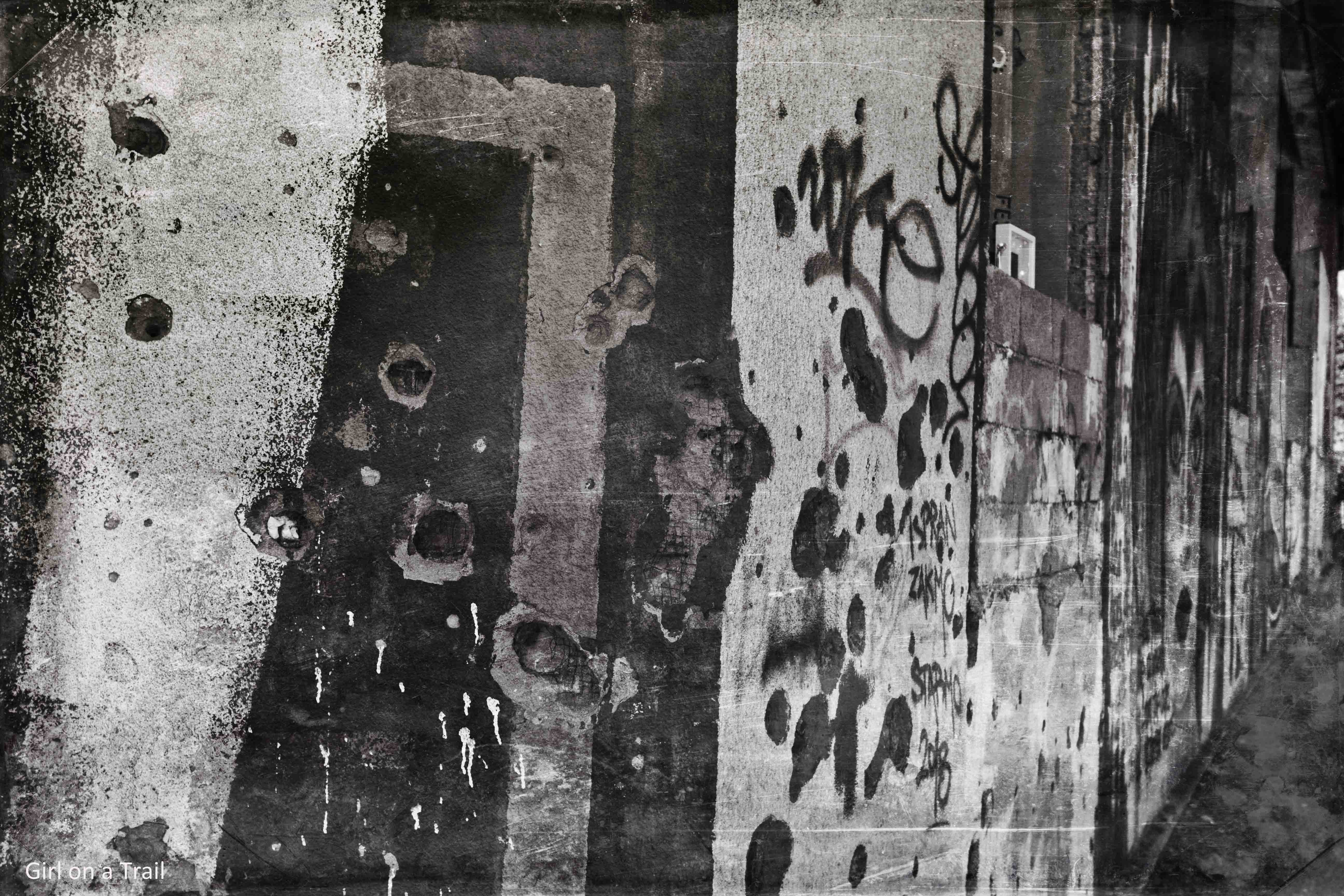 Such a divided country cannot be managed effectively. Unemployment is around 40 %, and those who are able to find work earn around 400 BAM a month – about 200 €. The bad economic situation resulted in a series of protests called “Bosnian spring” in 2014. 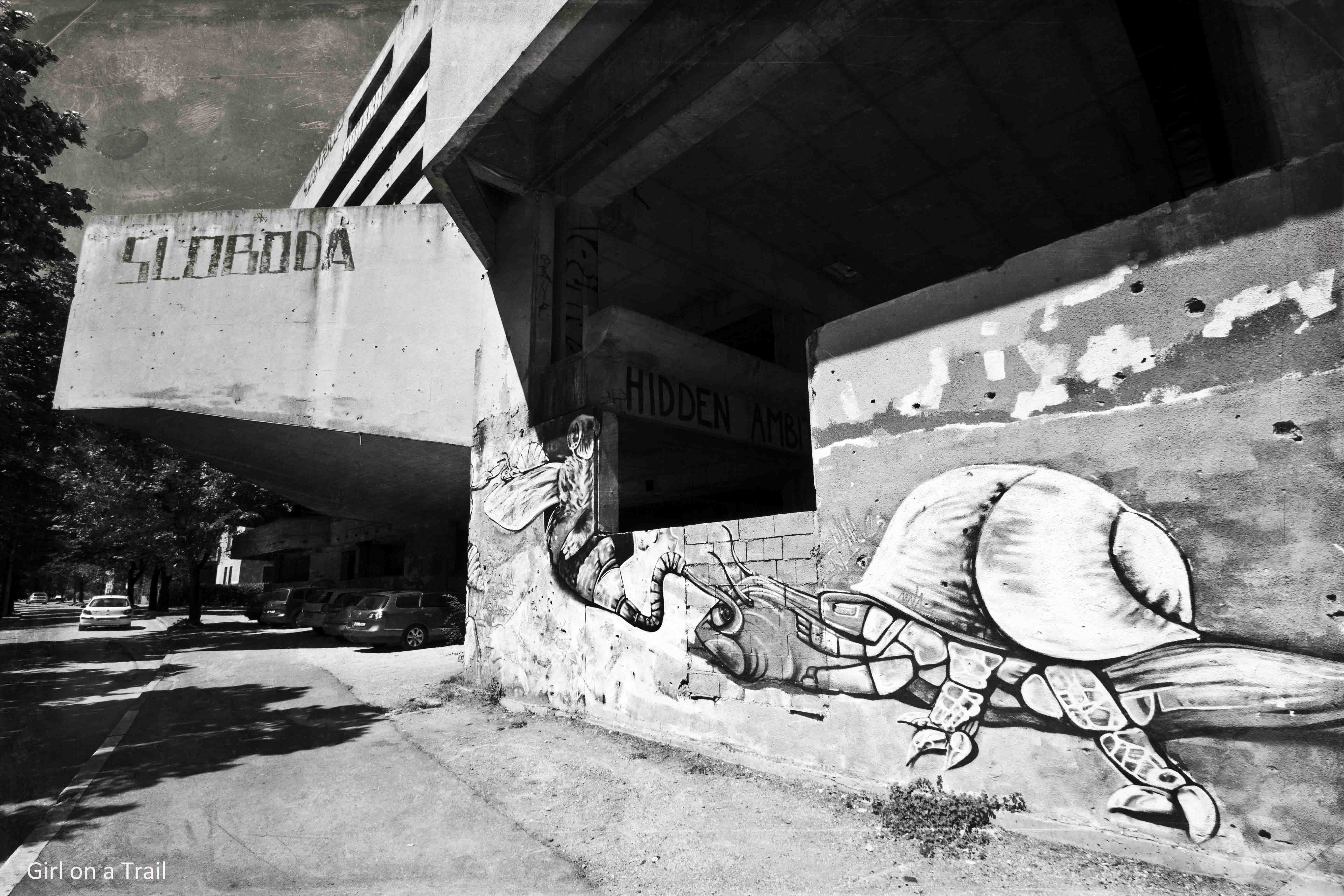 It is hard to say what will happen with Bosnia and Herzegovina. The marks of the war, painful memories of the conflict, mutual  animosity and the complex governing system, raise a question, is it really worth to maintain the unity of this country? 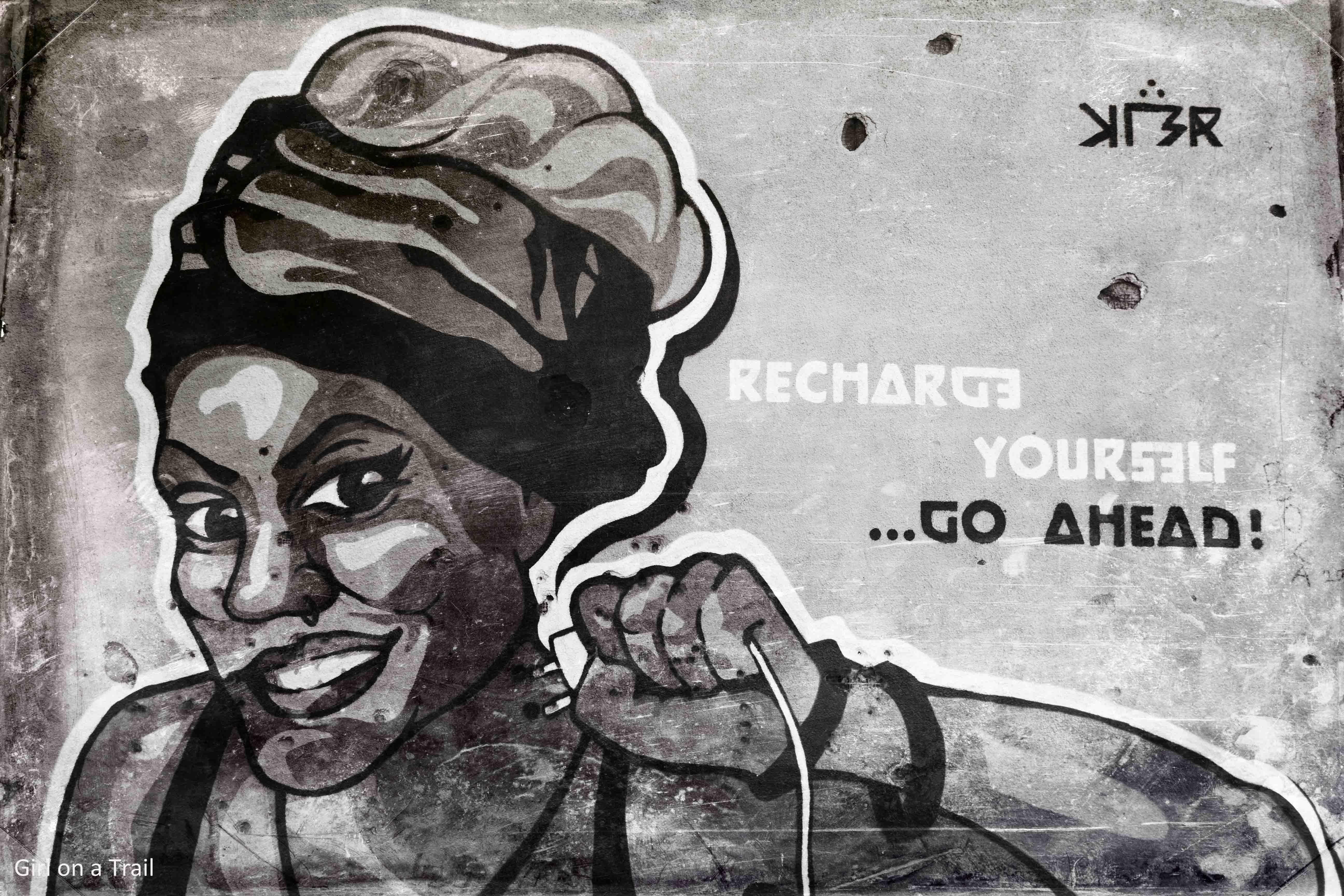