I was thinking of going to Switzerland for a long time. But when we landed on the so-called Euroairport Basel – Mulhouse – Freiburg and we stood in the arrivals hall with three exits to: Germany, Switzerland and France, we chose France. We wanted to see one special town called Colmar, which is located only 50 km from the airport. 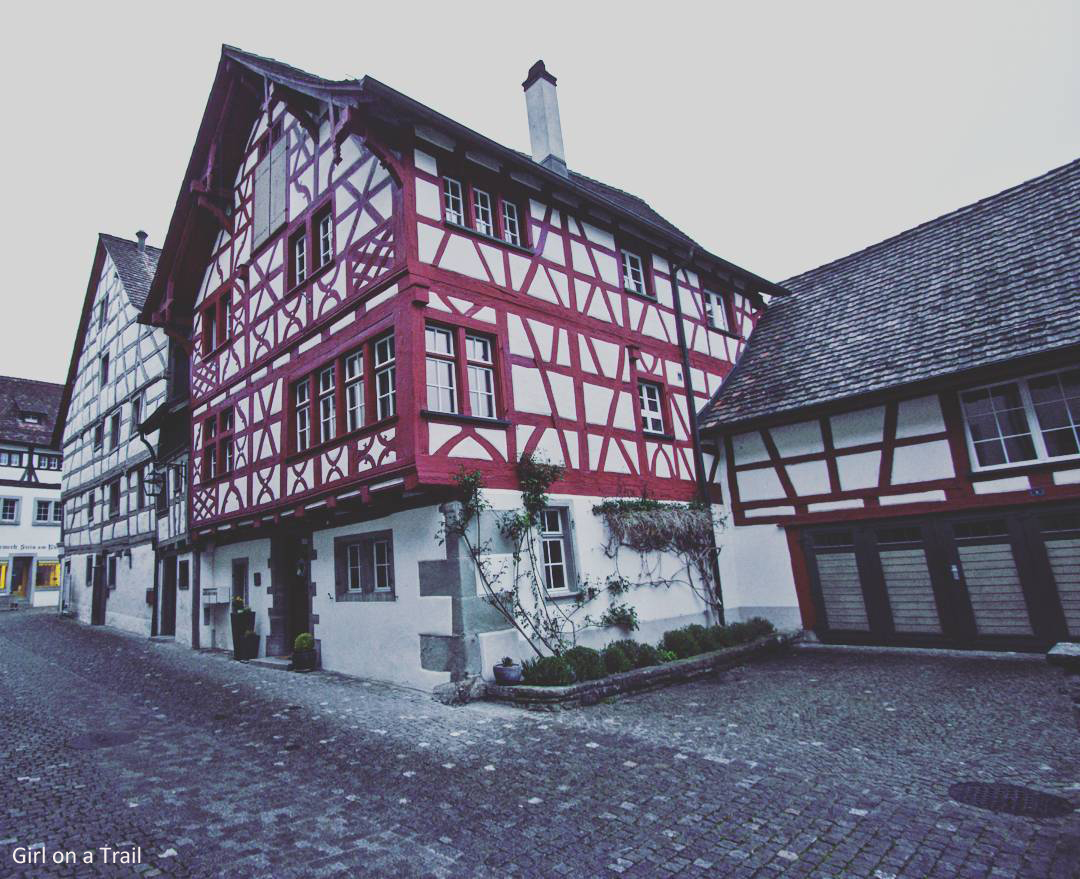 However, during the preparation of trip, it turned out that only 200 km from Colmar, there’s a similar charming town in Switzerland, ominously called Stein am Rhein. 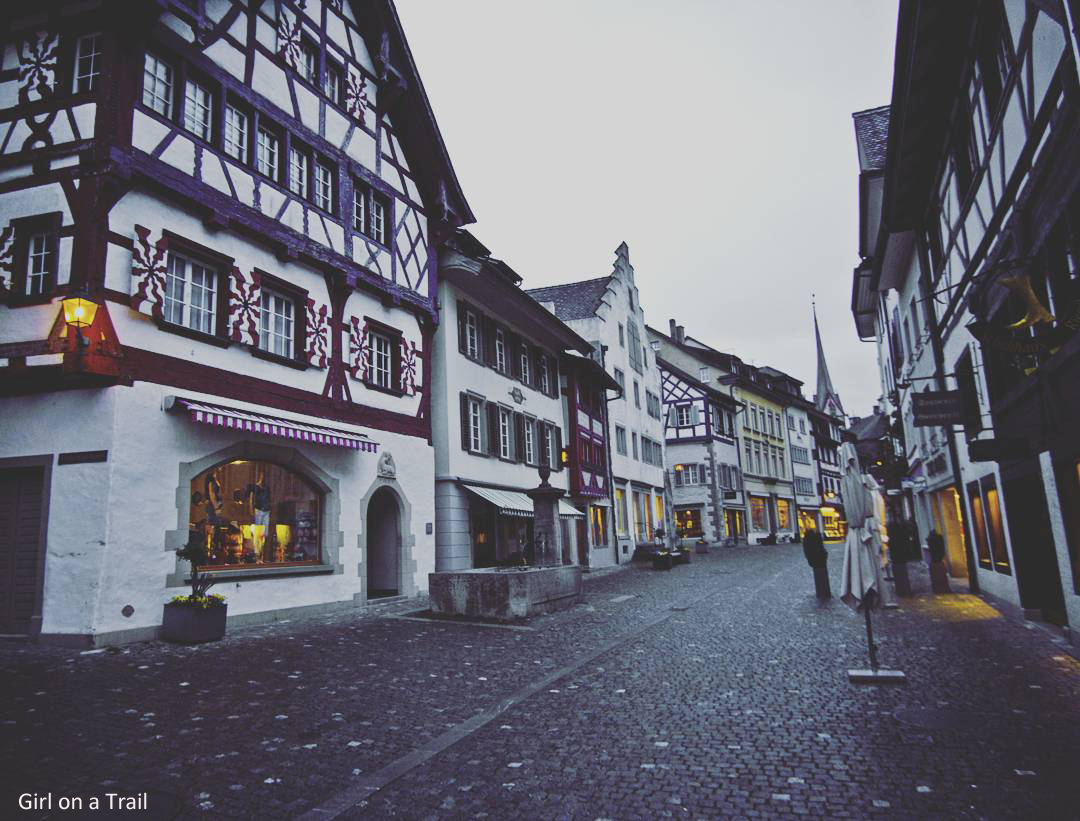 Long time before I saw photos of this place in the one of travel magazines and I fell in love from the first sight. So I ignored this ominous name, as the subtlety and finesse of the German language became almost a legend. 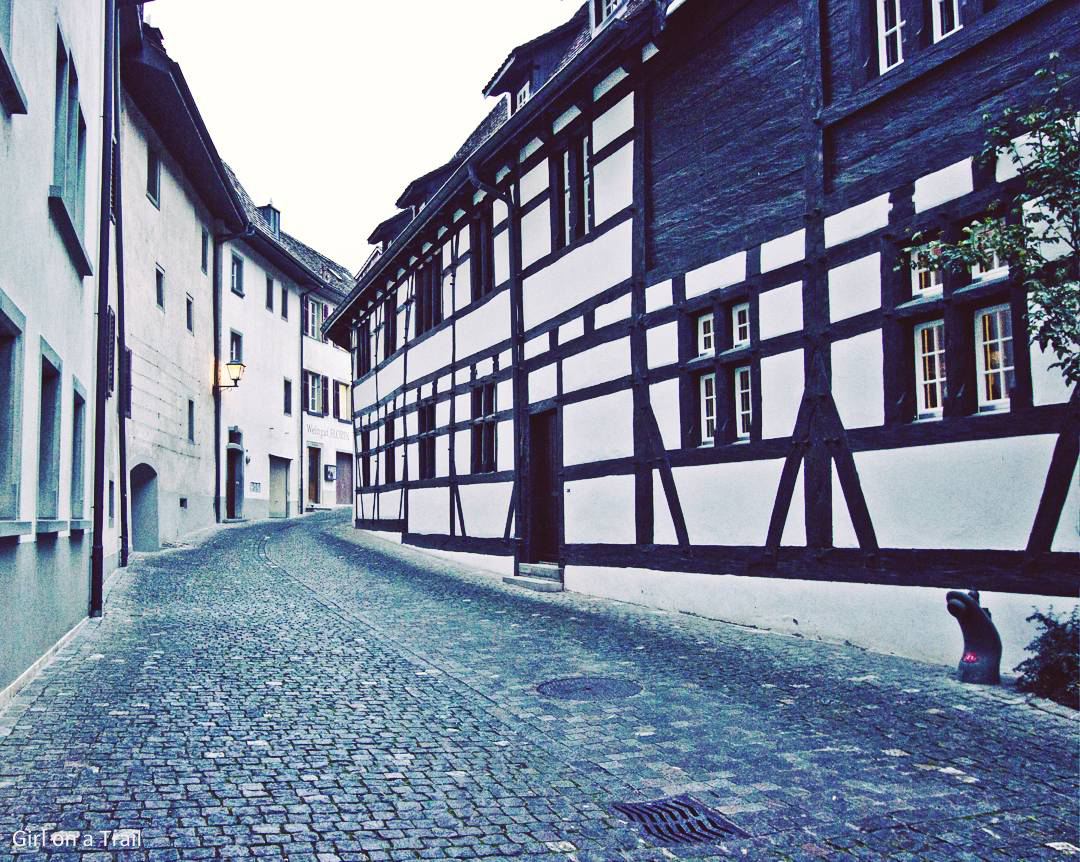 Stein am Rhein is a small town located in northern Switzerland, near the border with Germany. It is only a 5-minute walk to the border. The border location of the city, resulted in its total bombardment on 22nd of February 1945, as it was mistakenly considered by the Allies as a German city. 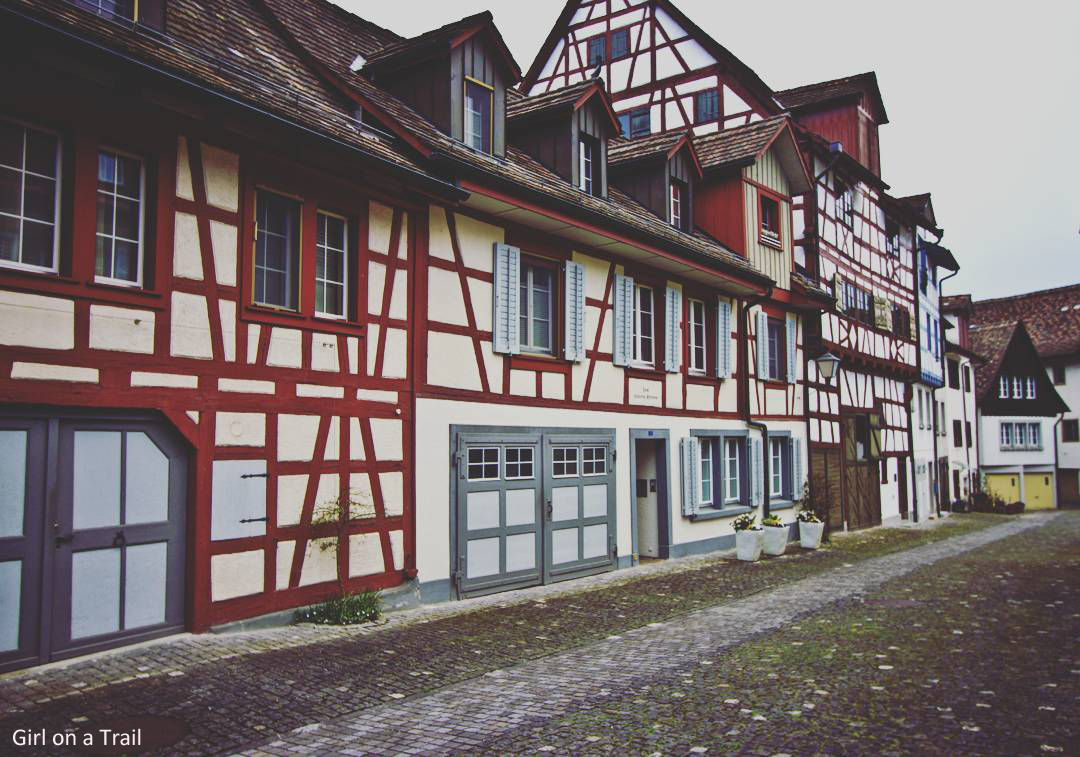 After the war, the city was rebuilt, and now is one of the main tourist attractions in Switzerland. 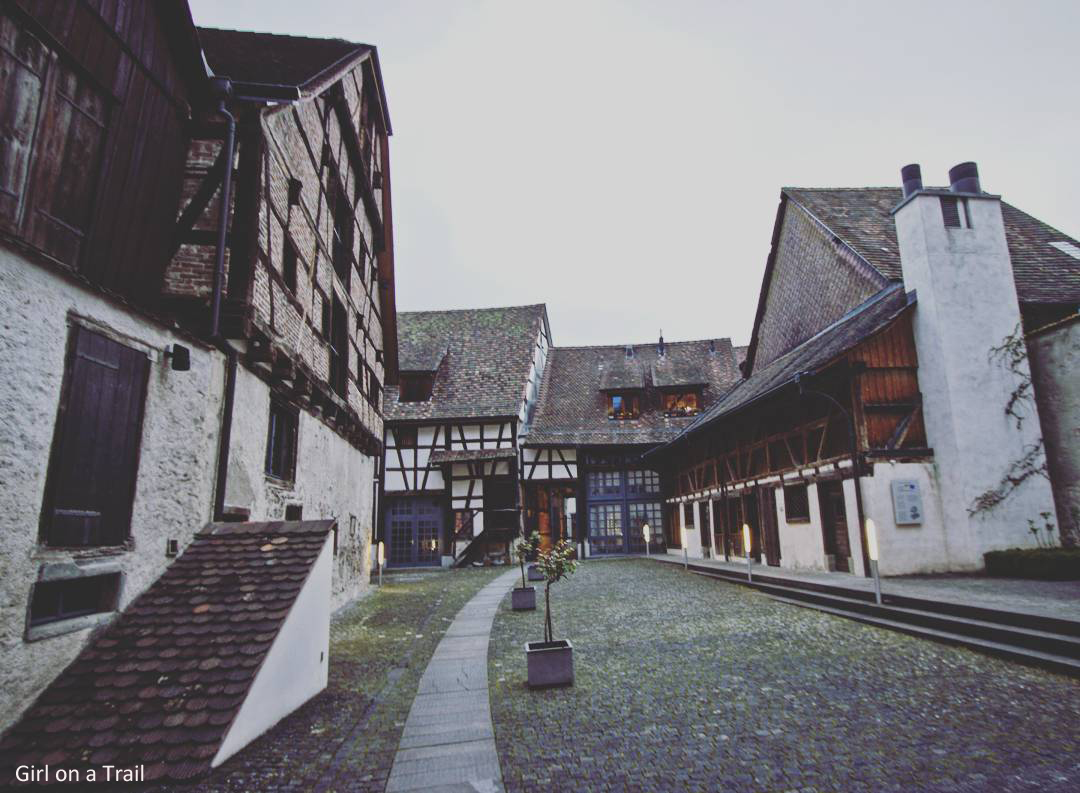 The city has only a little over 3 thousands of residents but every day is visited by thousands of tourists. We arrived here late in the evening, after a long journey from charming Colmar. It was the perfect time because all the tourists have just left, and actually we had the whole town to ourselves. 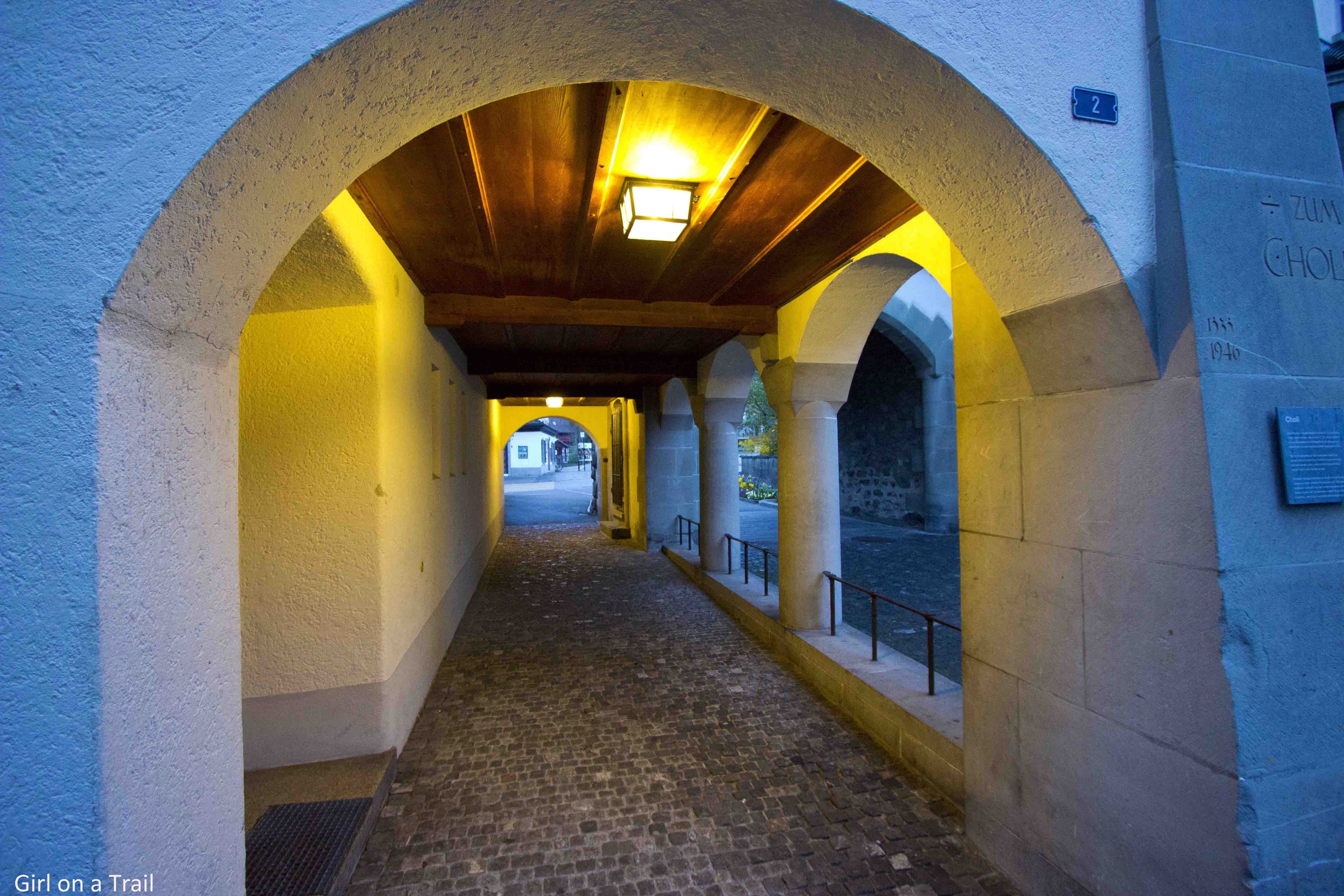 When we entered the bridge leading across the Rhine to the medieval part of the city, we saw an amazing view of the sunset and medieval buildings. 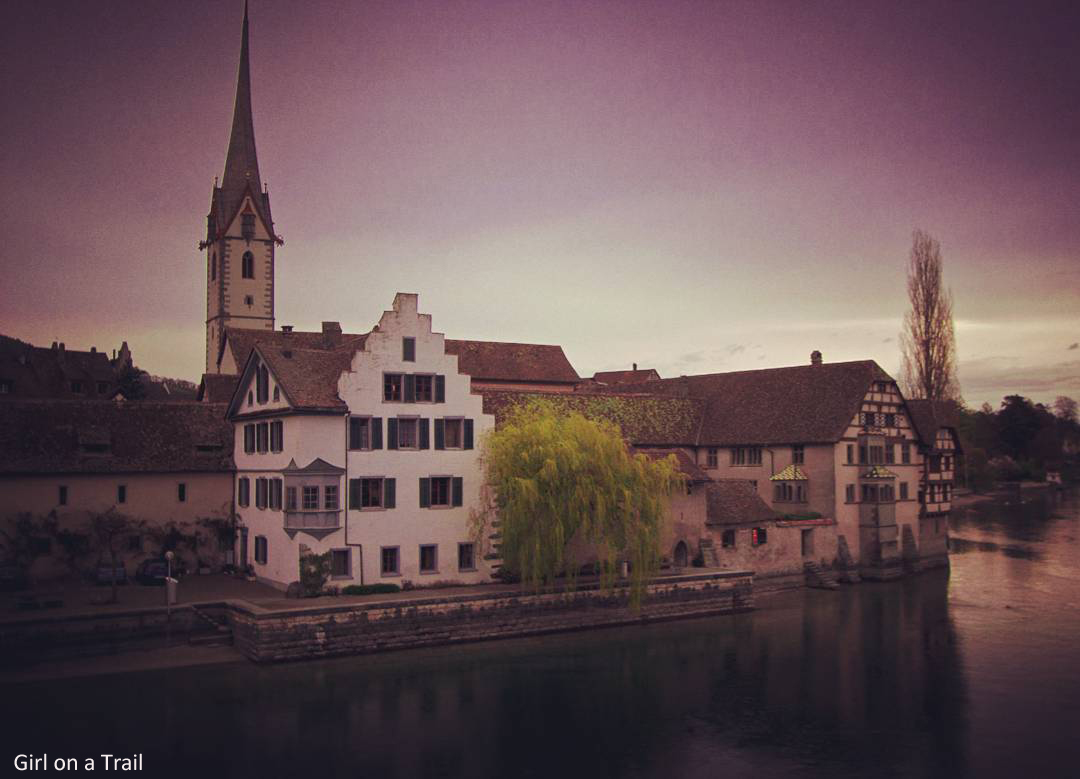 Stein am Rhein is one of the oldest cities in Switzerland, and its origins date back to the Roman Empire. The Romans built fortifications to protect the borders of the empire against the Germanic tribes. However, the true bloom of the city falls on the 10-11th century when the Benedictine’s monastery was founded here. 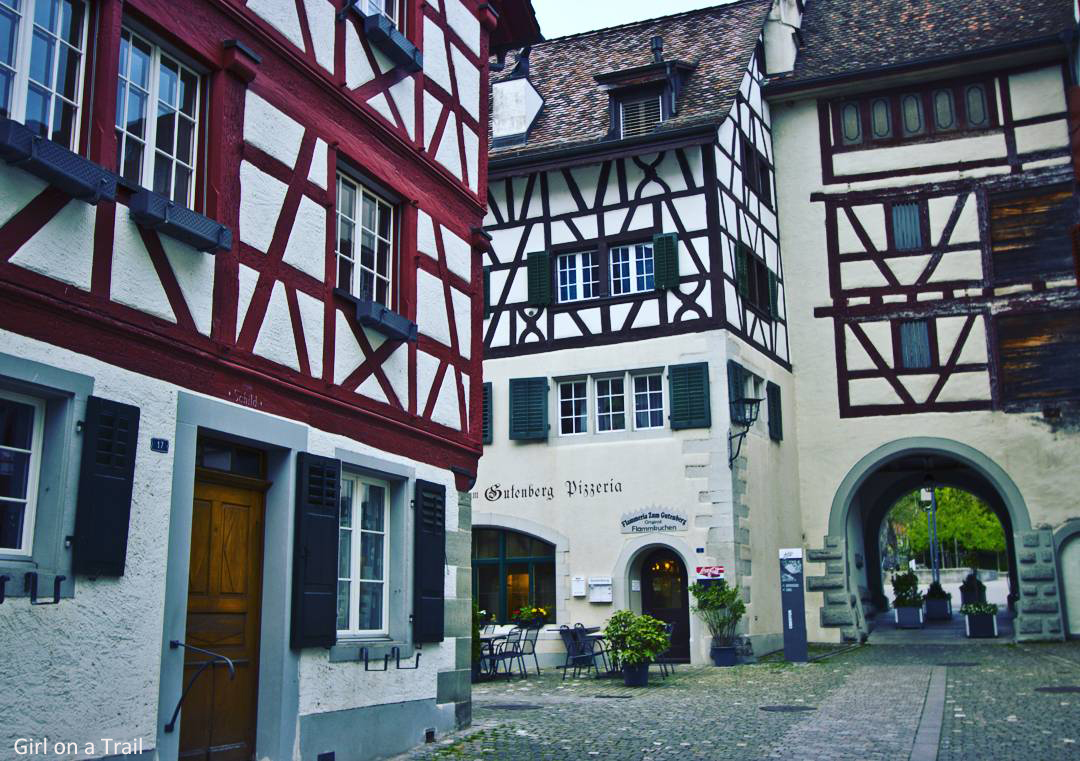 Stein am Rhein preserved the medieval layout of the streets with a fragment of the old ramparts. Some of the townhouses in Stein am Rhein are still from the 12th  century. And many of them are beautifully decorated with frescos. 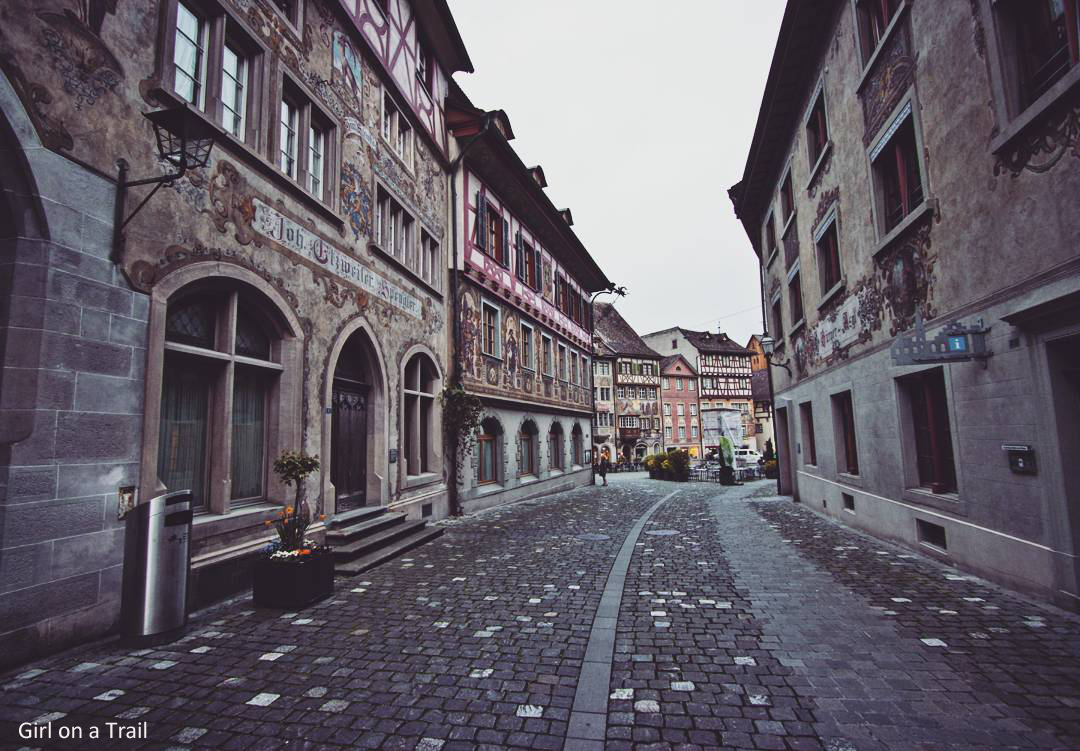 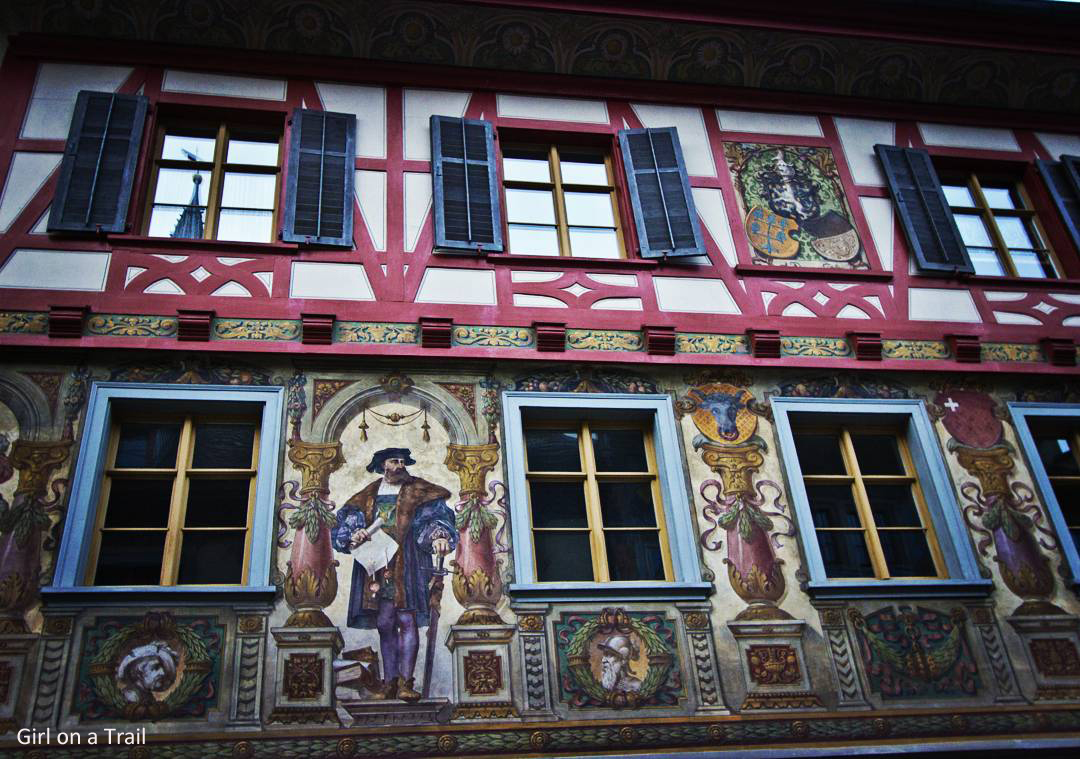 The most beautiful place is Rathausplatz – a square around the representative City Hall building. Formerly it was a shopping house, and now there is a museum with a collection of weapons. 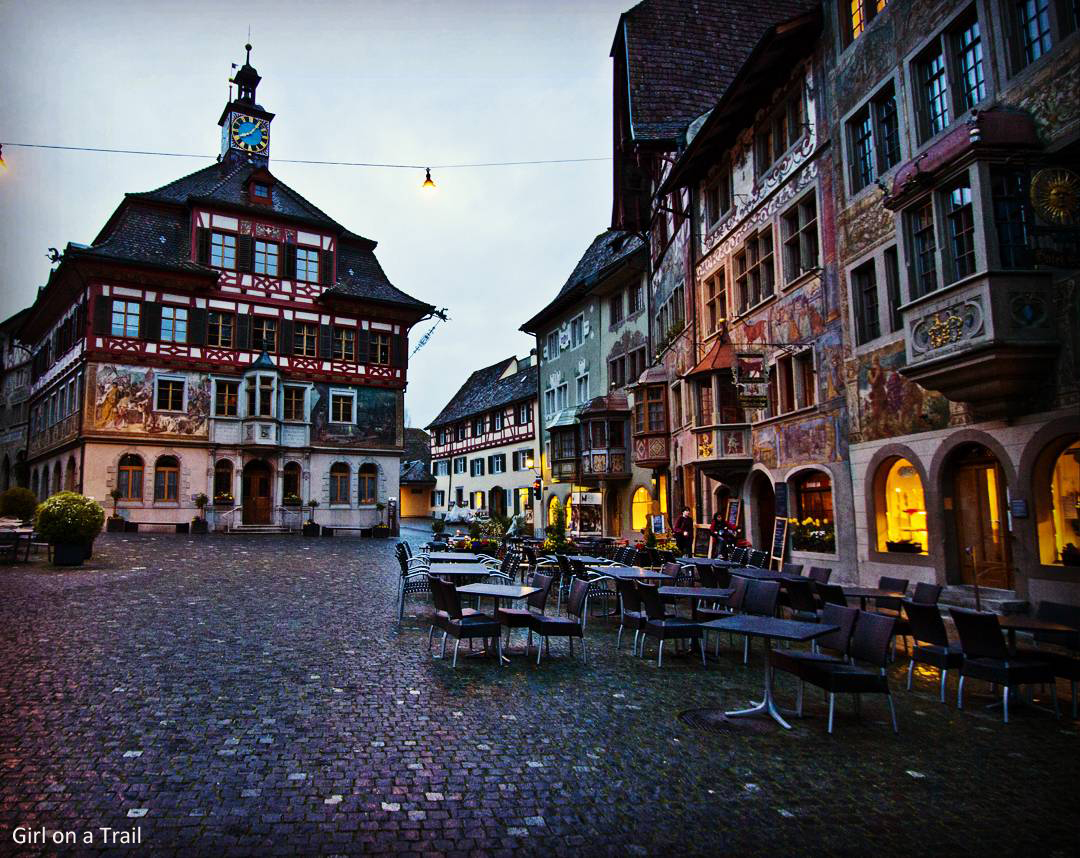 The town hall is surrounded by richly decorated, colourful townhouses. The frescoes depict the history of the city and the canton. It’s amazing that every building has different decorations and intense colours, and the whole colours and details surprisingly go togehter. 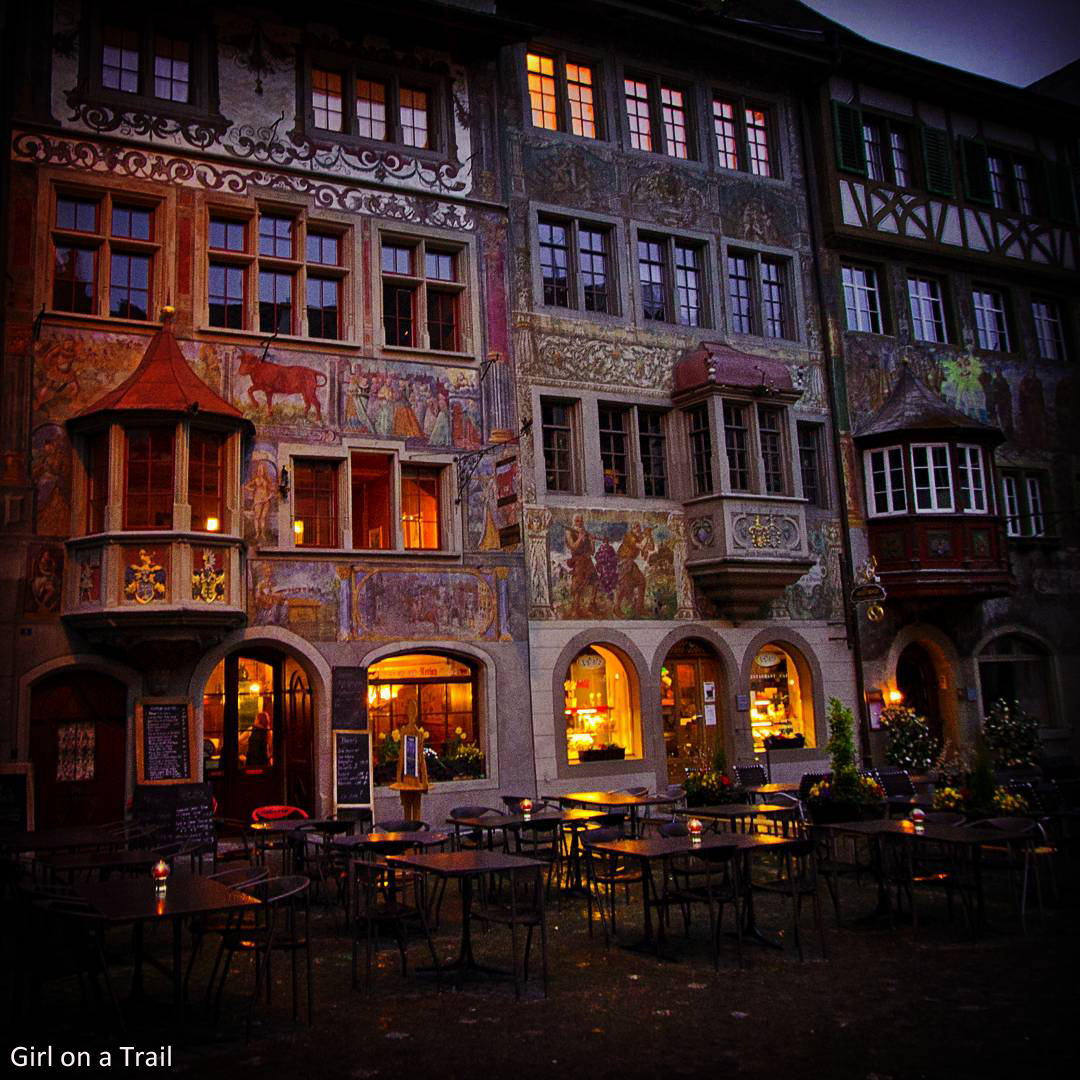 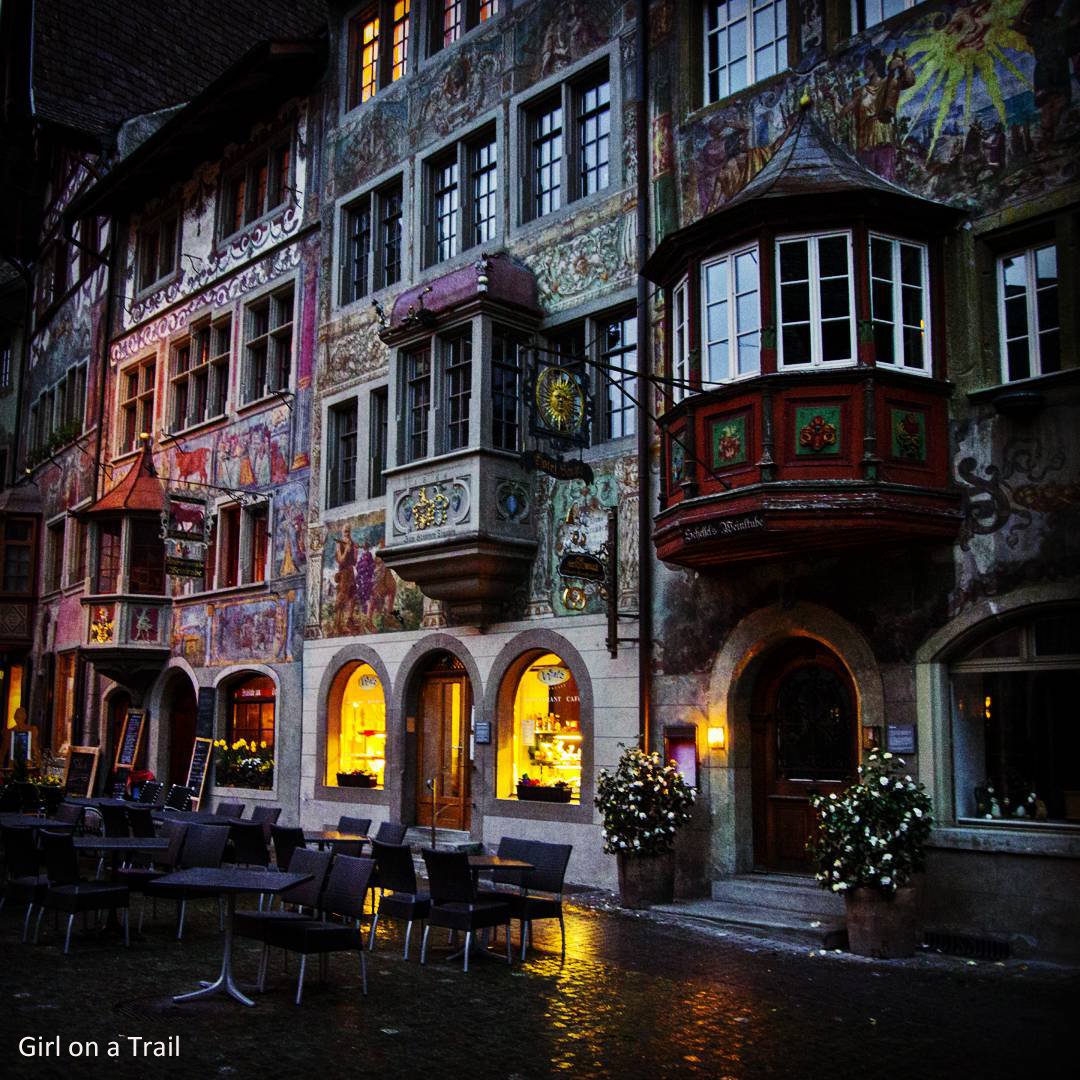 Close to the town hall, there’s a Monastery of St. George (Kloster st. Georgen) which was abandoned in 1524 during Protestant Reformation. It’s now a museum dedicated to the history and art of Stein am Rhein. 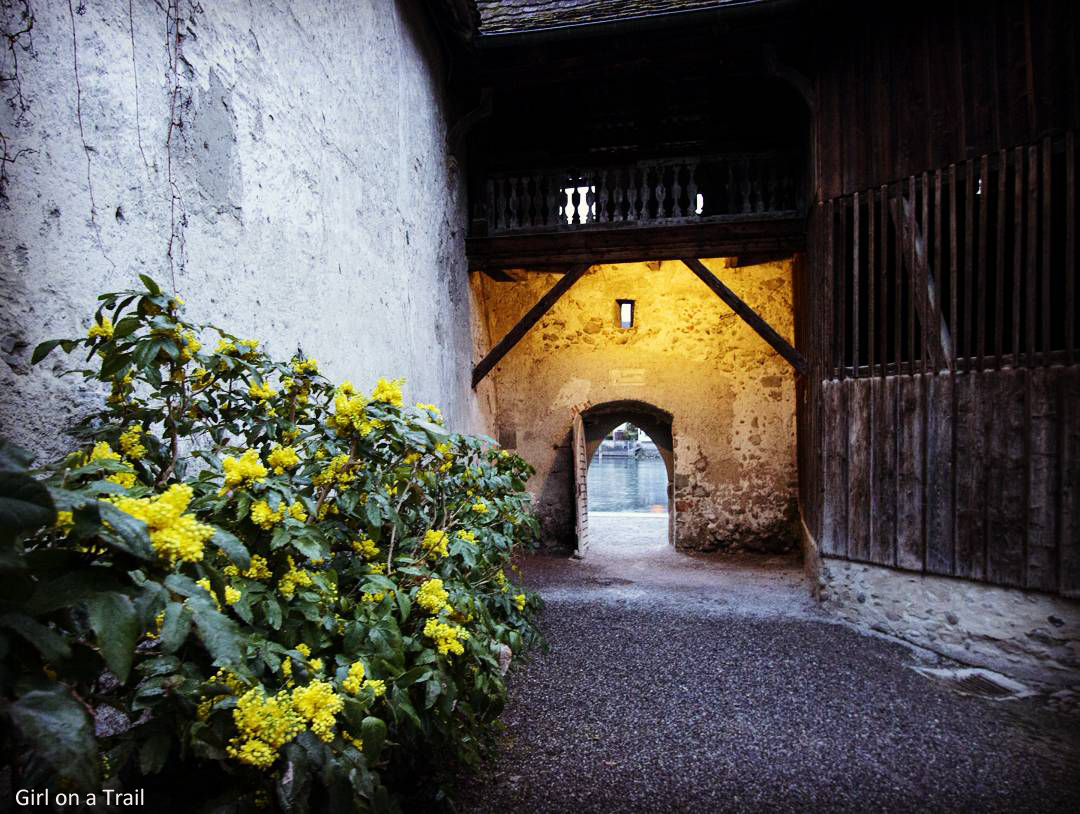 It’s worth walking away from the main tourist trail and getting lost in the winding streets. Here you can see the interestingly painted, wooden buildings and numerous cosy cafés and restaurants. 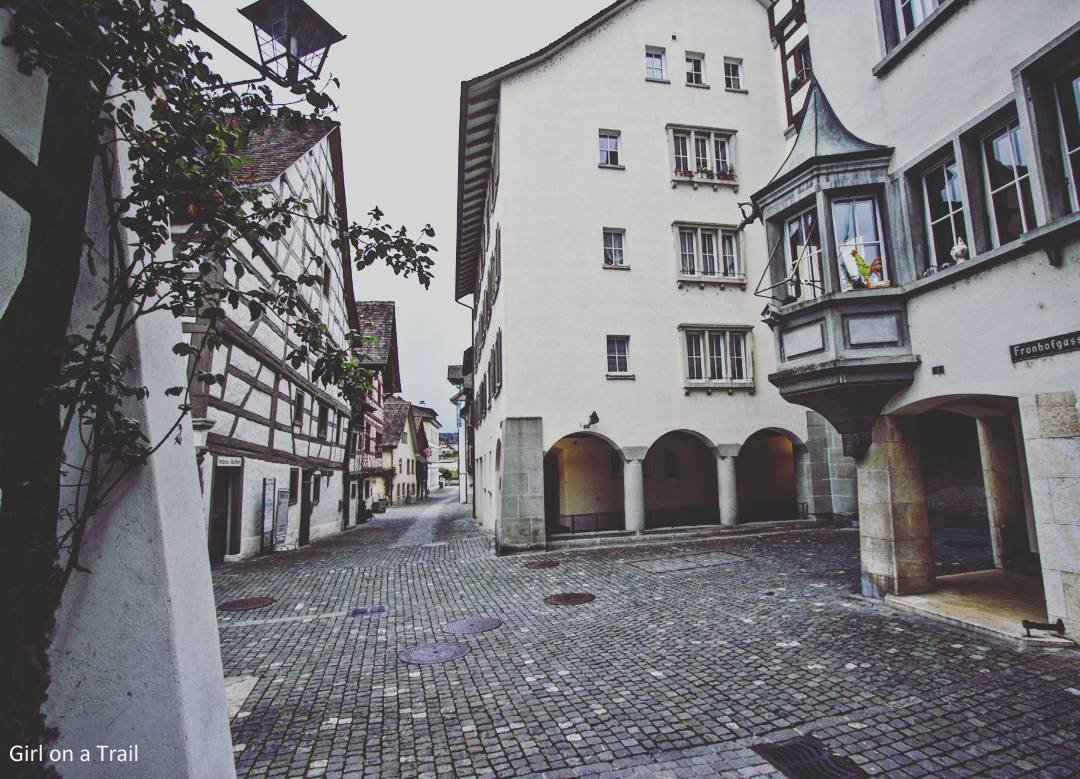 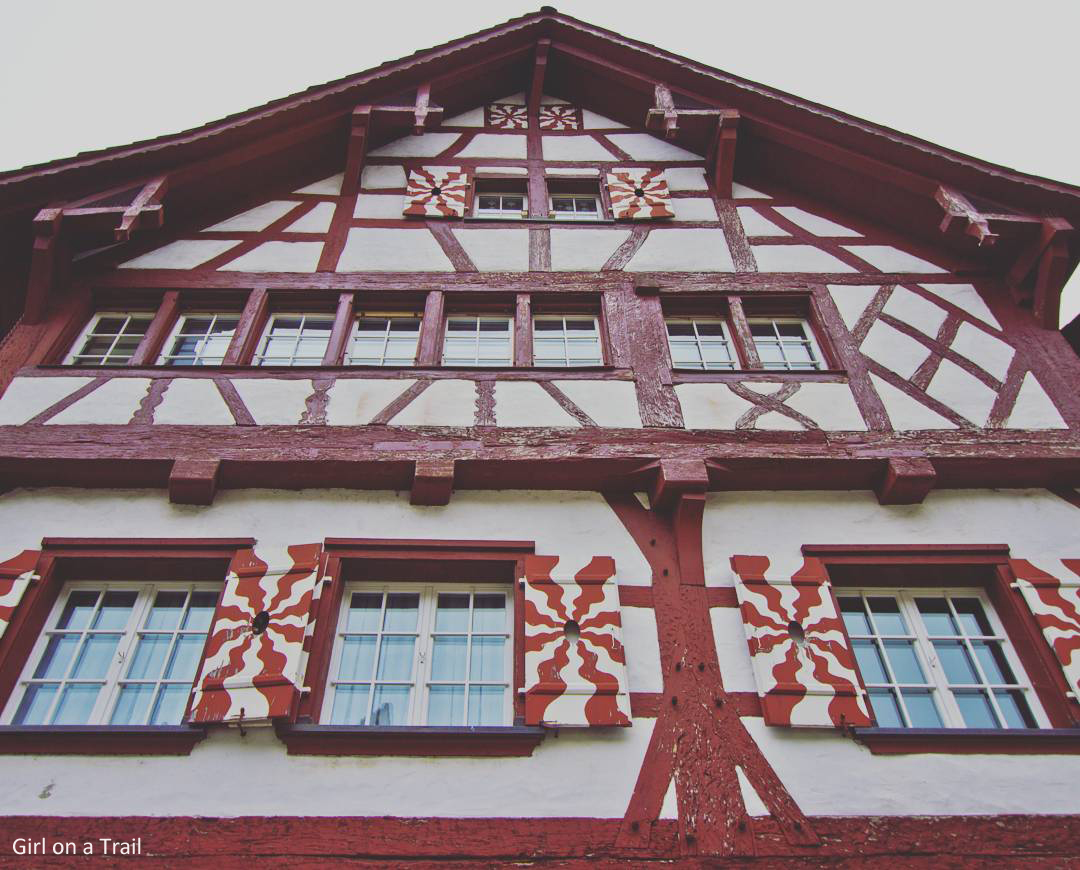 The medieval old town is not the only attraction in Stein am Rhein. Just above the city on Klingenberg hill is the Hohenklingen castle from the 11th century. The road to the top leads through numerous vineyards and offers stunning views of the countryside. Once the fortress served to protect the city, now there’s a restaurant and a terrace with beautiful, panoramic view of Stein am Rhein. 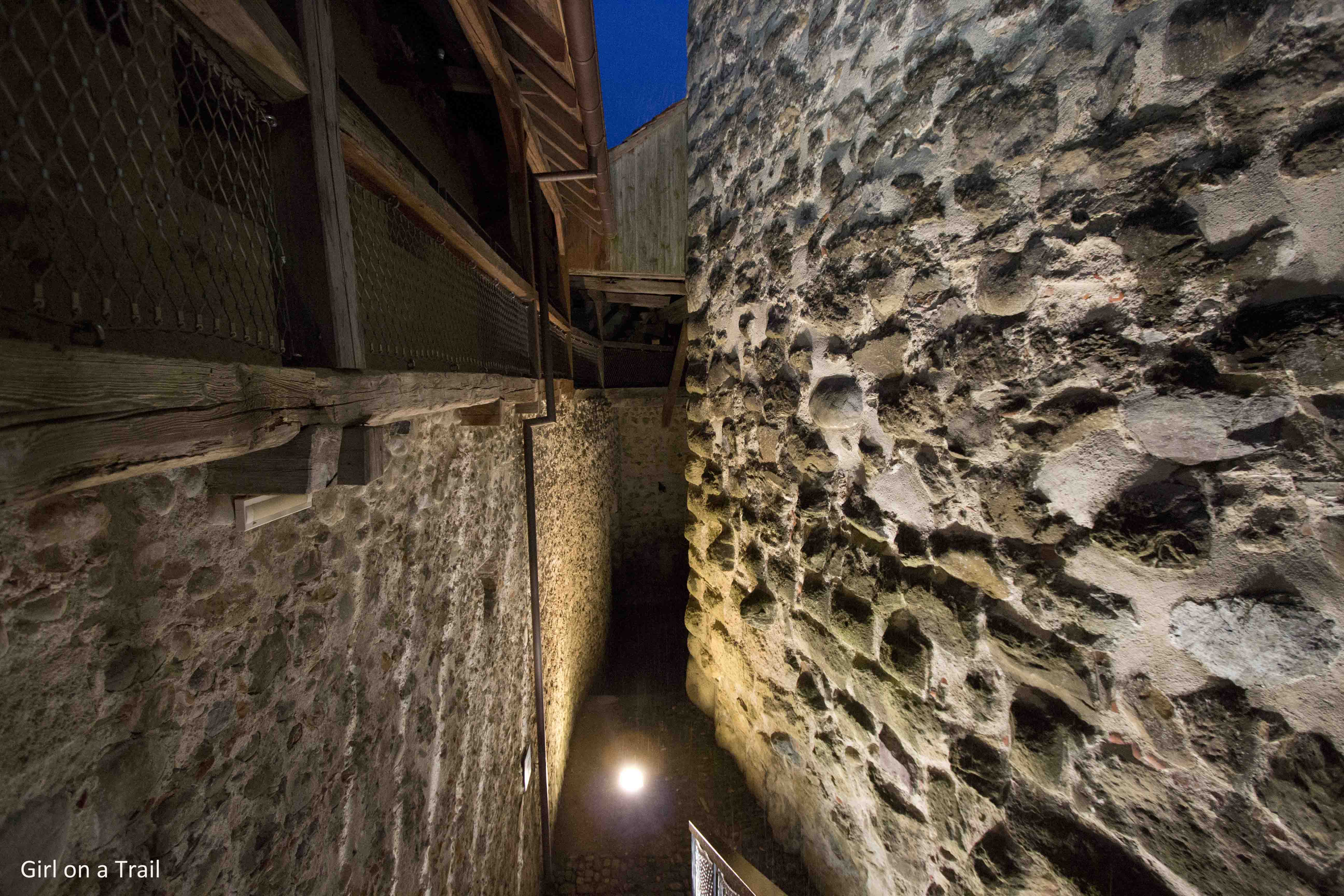 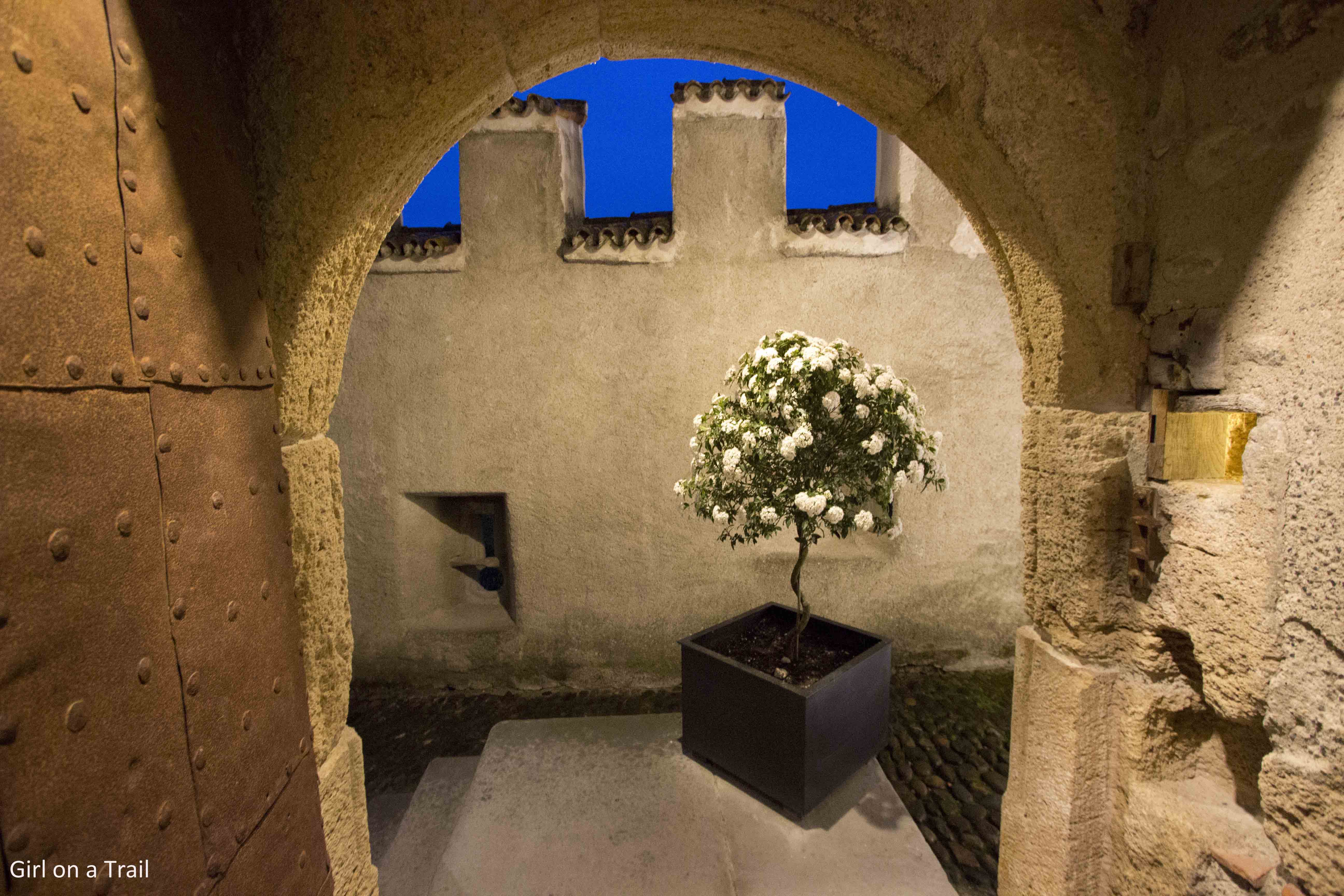 Only in Lviv!
prev next