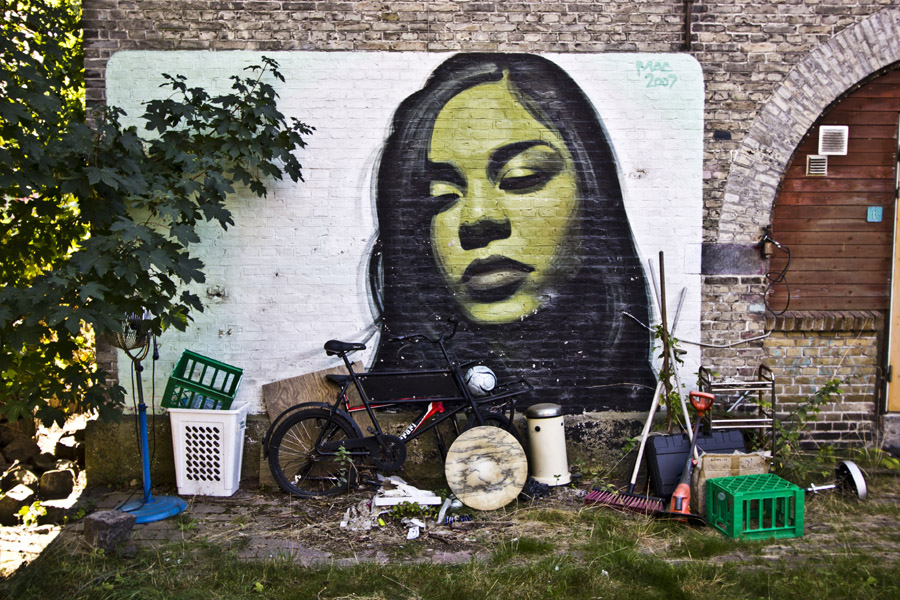 Copenhagen, the capital of the one of the richest EU countries is famous for beautiful architecture, picturesque canals and upmarket restaurants. On the other hand, there’s also Christiania – something like a “country within a country”. 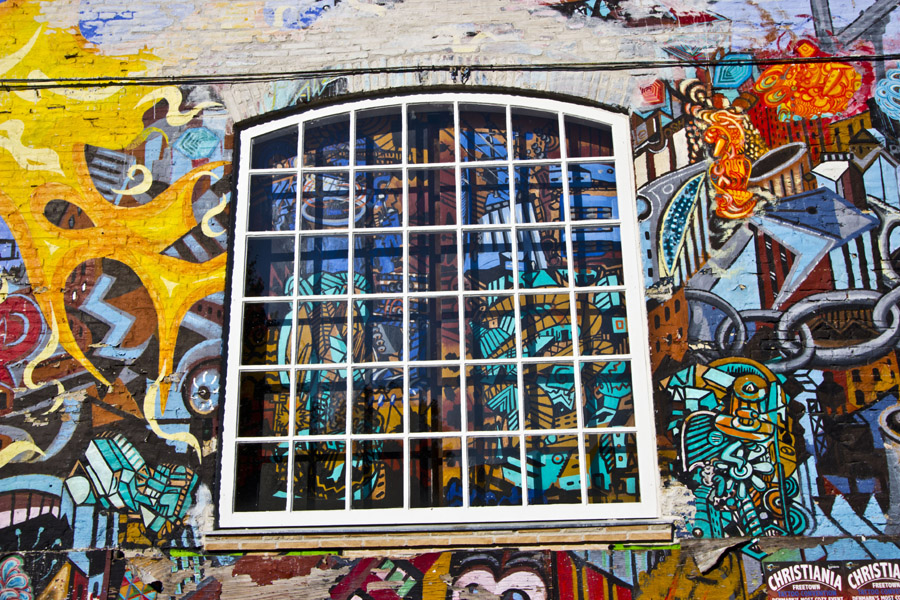 In the Christianshavn district, close to picturesque canals, there’s an inconspicuous gate which leads to another reality of self – proclaimed, independent city – Christiania. 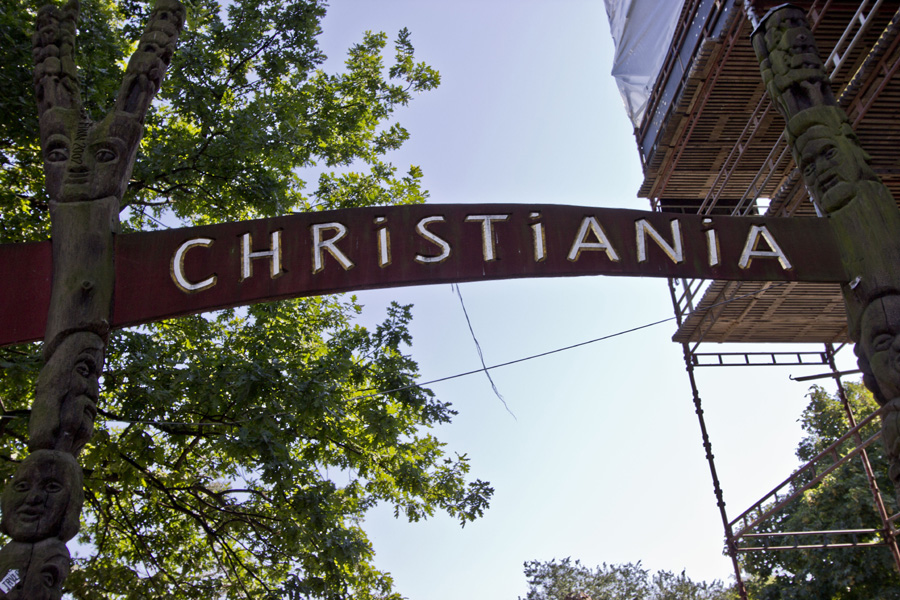 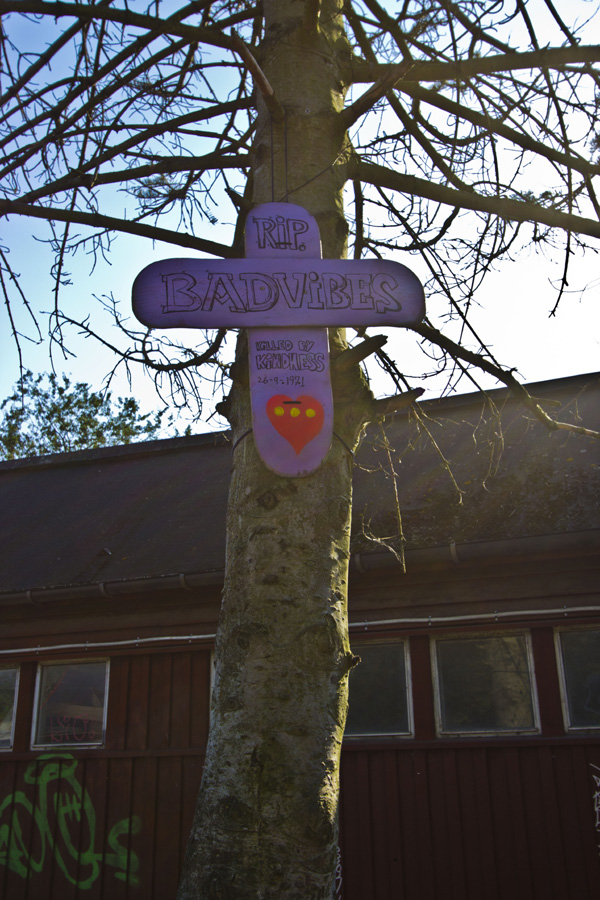 It was created in 1971 when first hippies seized the previous military base area. 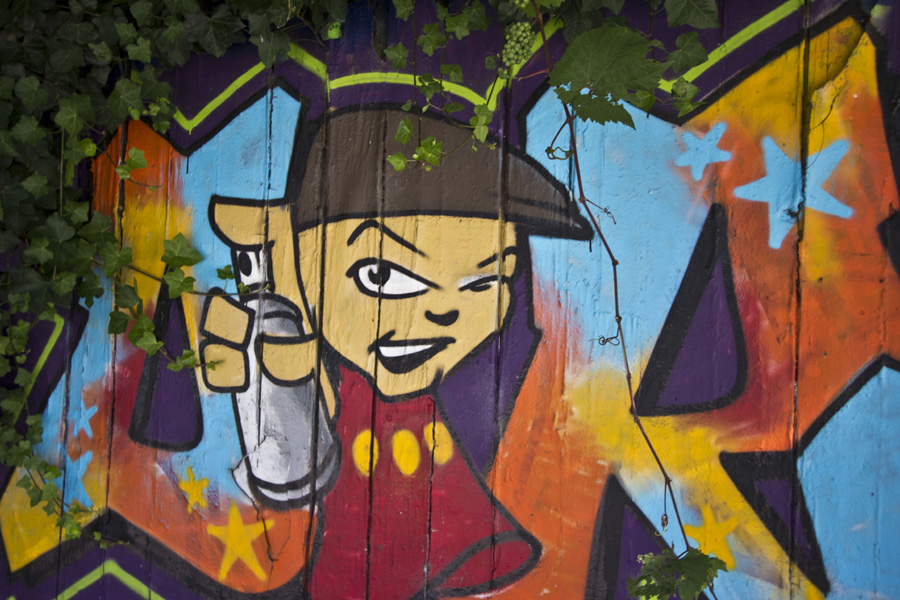 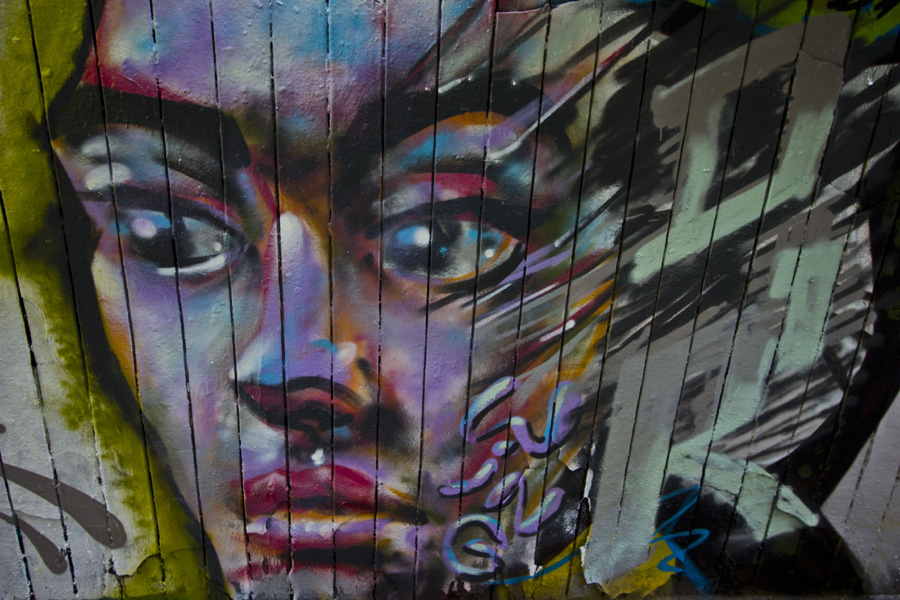 Christiana was a symbol of liberty and revolt against imposed social norms. 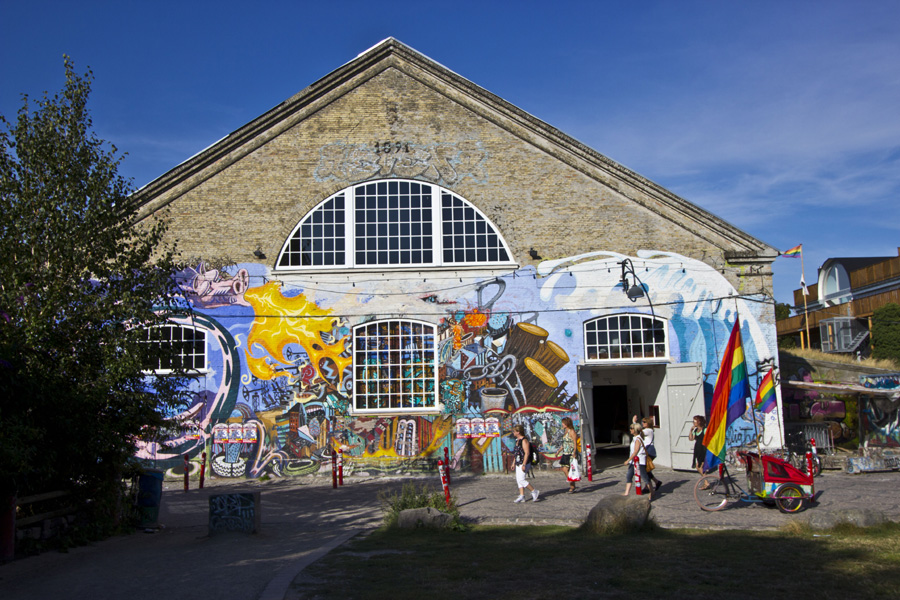 At its peak it was inhabited by 3 thousand people.

Nowadays it arouses controversies even among liberal Danish. 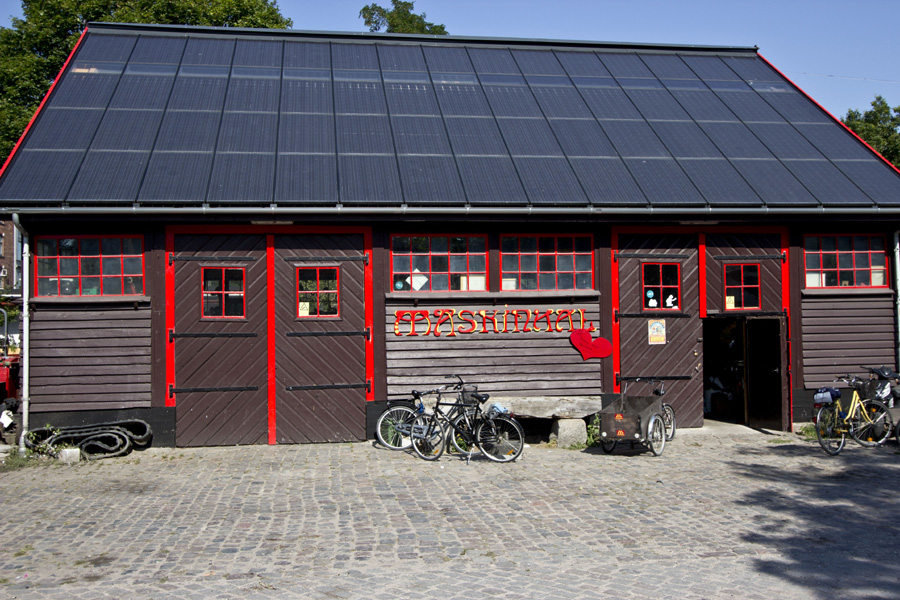 Initially, authorities tried to prevent hippies from settling there, but to no avail. 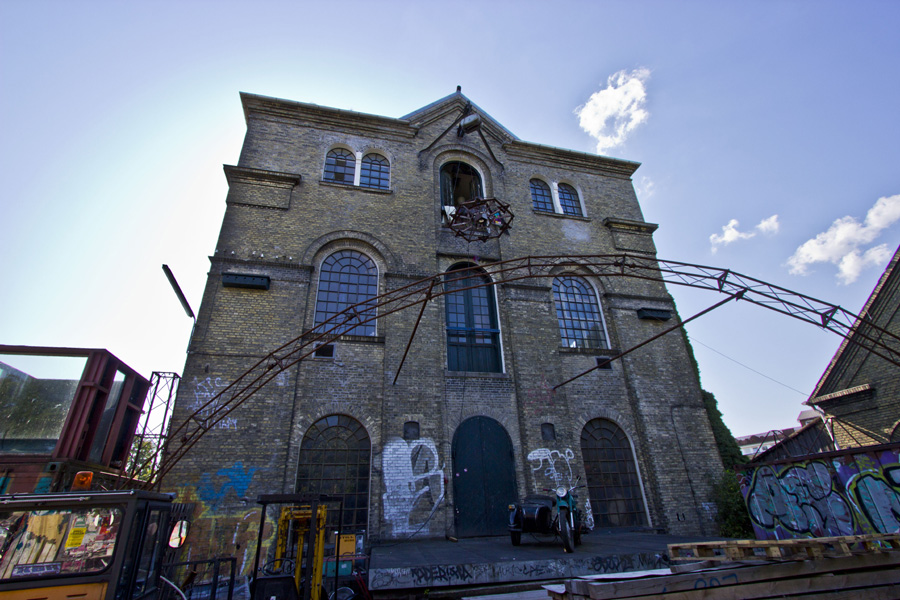 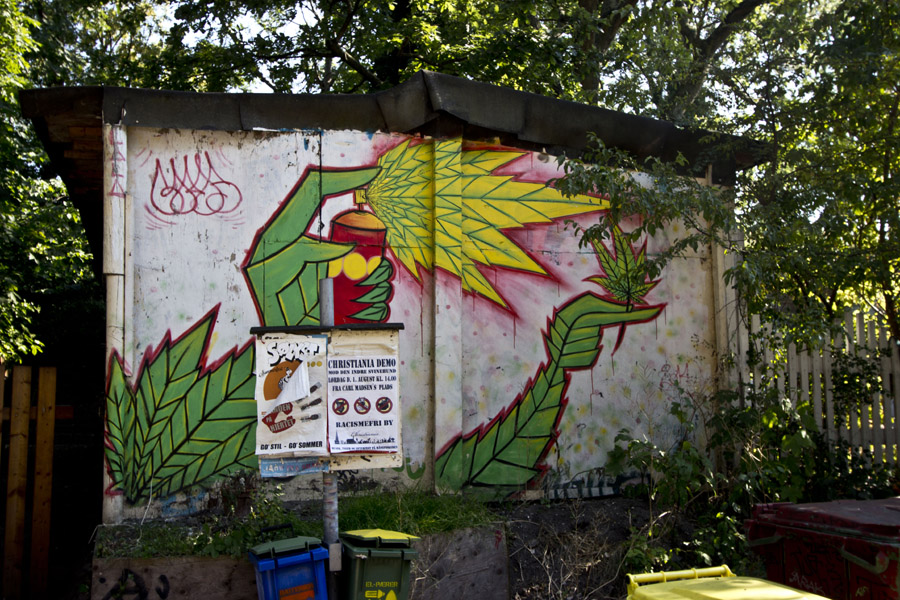 Finally, after solving a problem of hard drugs and organized crime, they came to terms with Christiana inhabitants and started to regard this “city” as a social experiment. 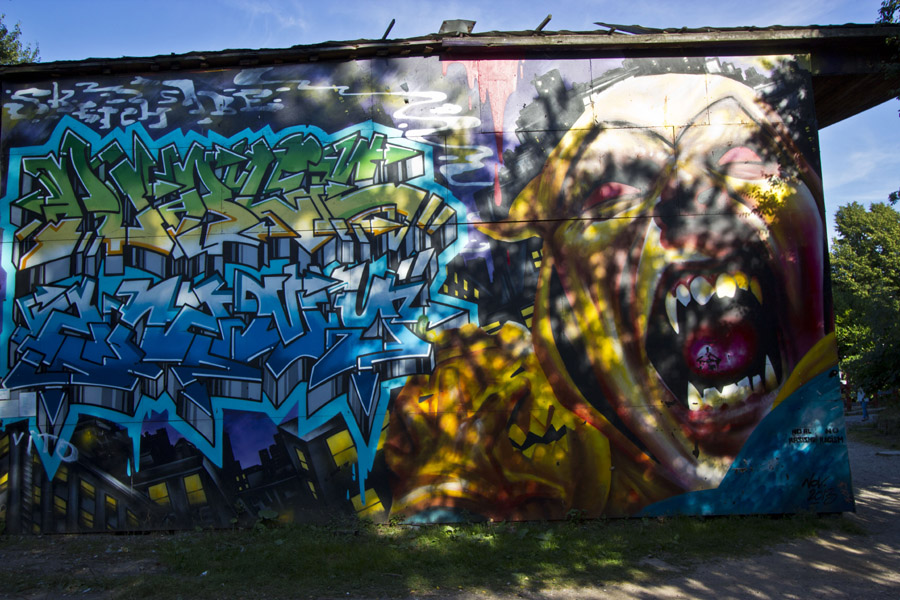 Nowadays is an independent society, inhabited by around 1000 people with 200 children. According to the agreement with Danish government, inhabitants are obliged to pay taxes in exchange for the legalization of stay. 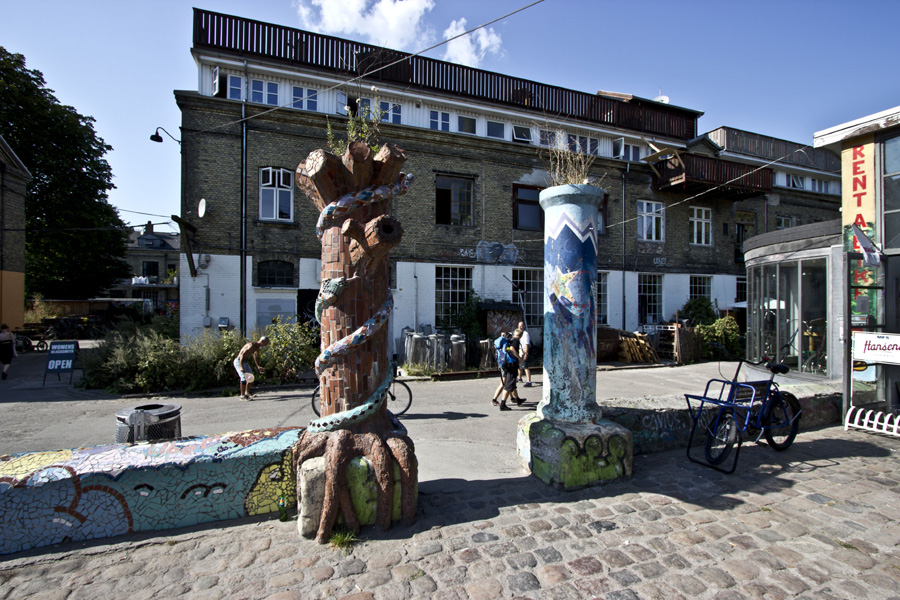 They pay bills for water, central heating and electricity. Christiania has also its own currency and red flag with yellow dots. 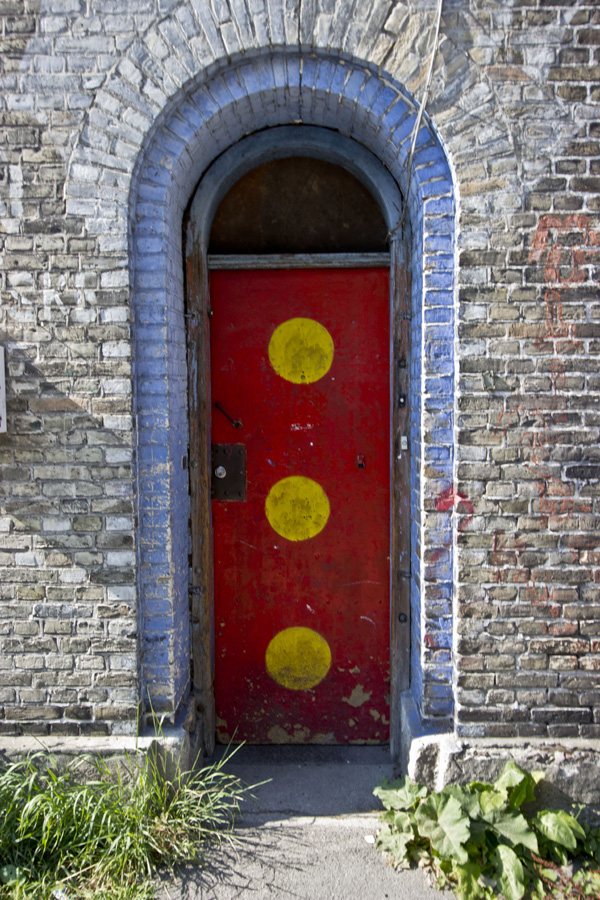 Here you can find an art museum, a lot of galleries, where local artists present their art, jazz club, shops and bars which serve organic food. 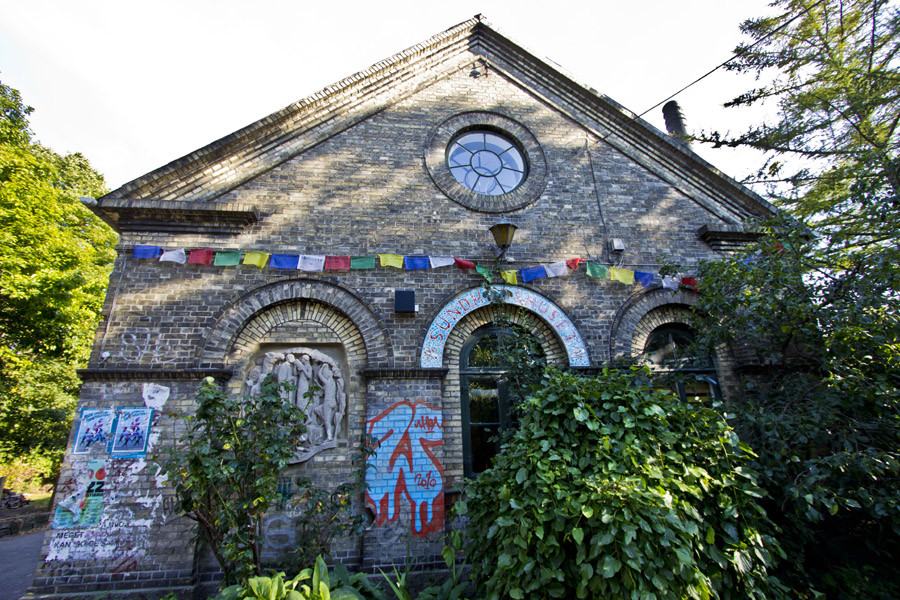 People established a nursery school and a meditation center. But a playground arouses controversy… 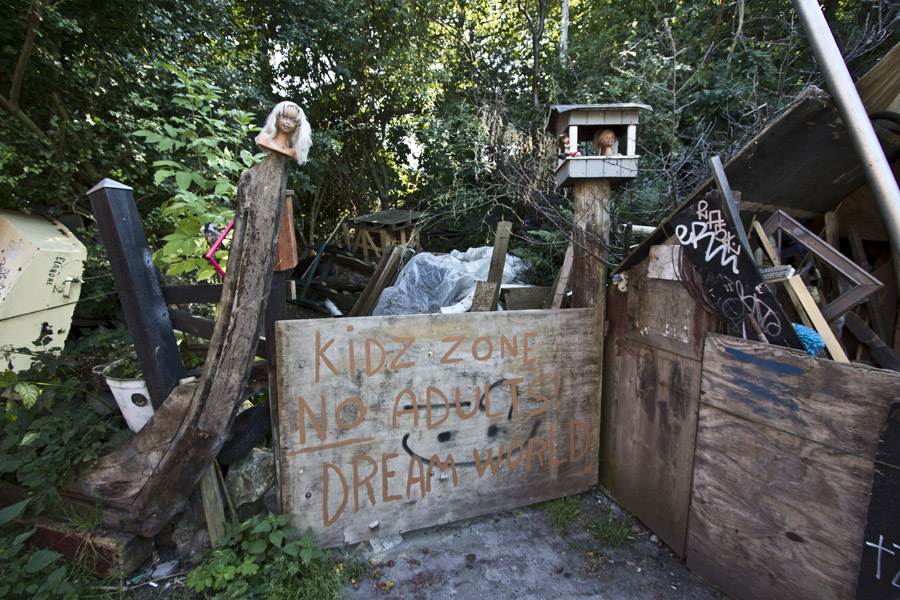 There’s also a cultural society which organizes a lot of events. A lot famous bands played here, such as Metallica or Range Against the Machine. 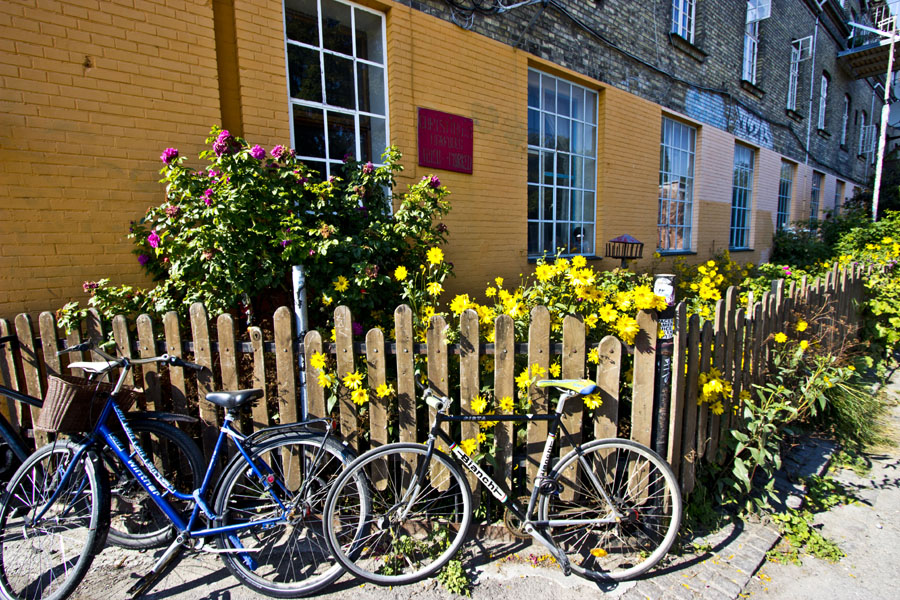 The area is surrounded by a park and on the nearby beach one can see old generation of hippies basking in the sun. 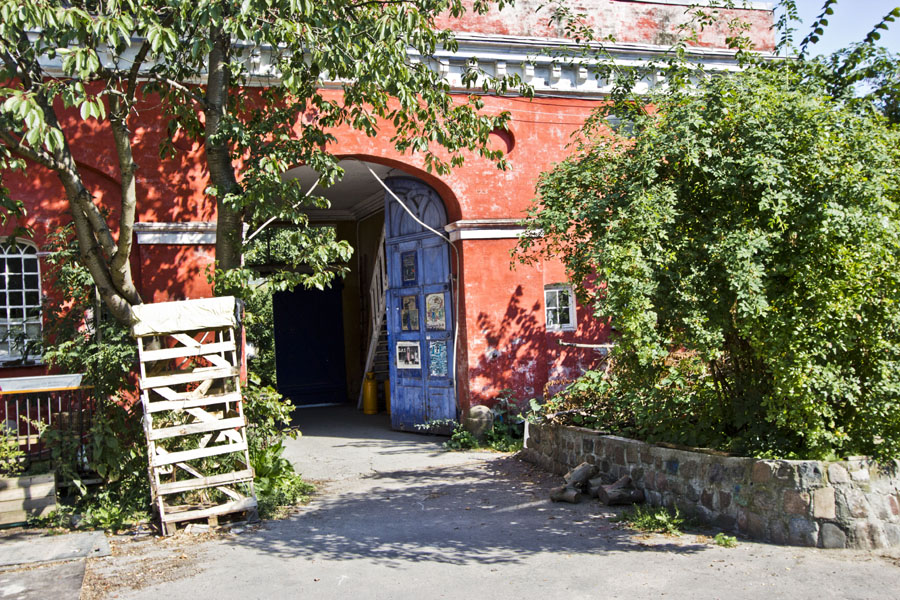 Christiania is a very diverse place, where close to the Pusher Street you can see a lot of interesting buildings characterized by a little bit chaotic architecture. 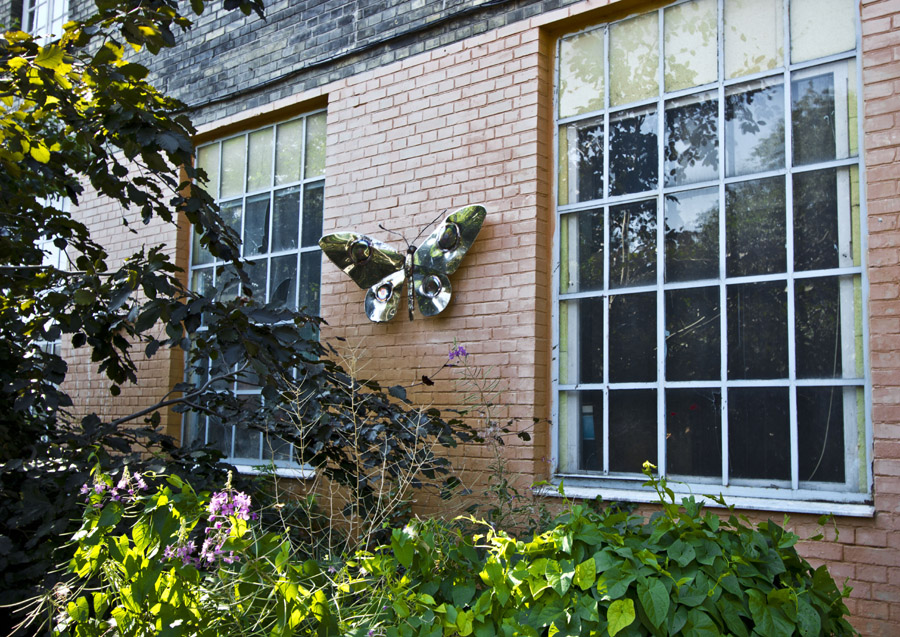 Old ramparts and military base buildings coexist with makeshift houses and beautiful gardens or even Buddhist stupas. It’s worth going for a walk here, to feel characteristic atmosphere of this place. But Christiania citizens aren’t fully independent. They have special law which regards also tourists. 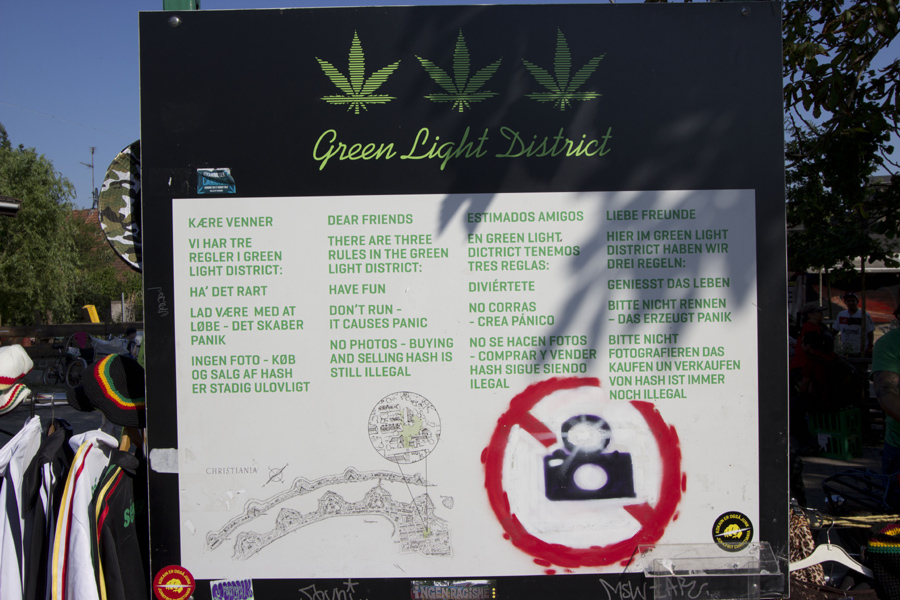 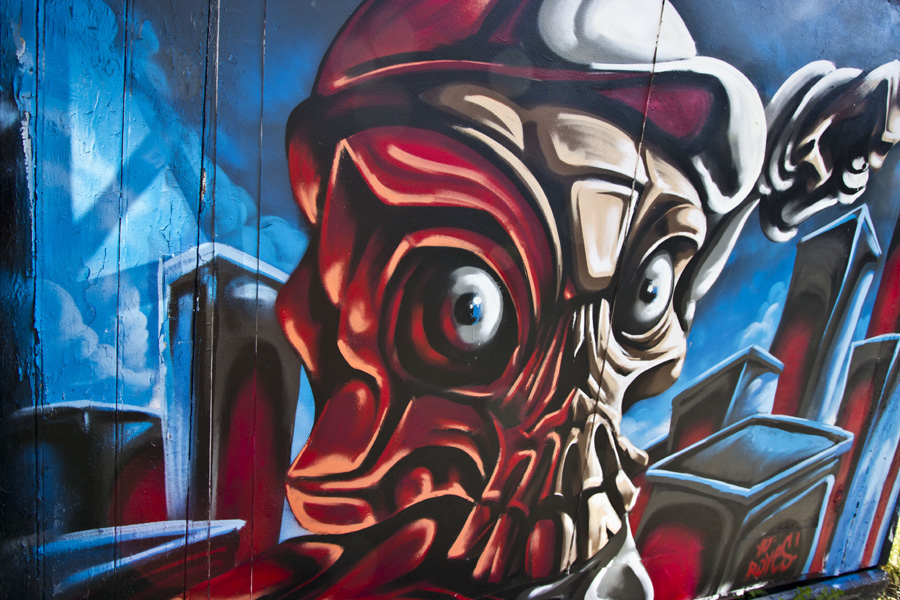 You must also remember that you cannot run or drive a car here. 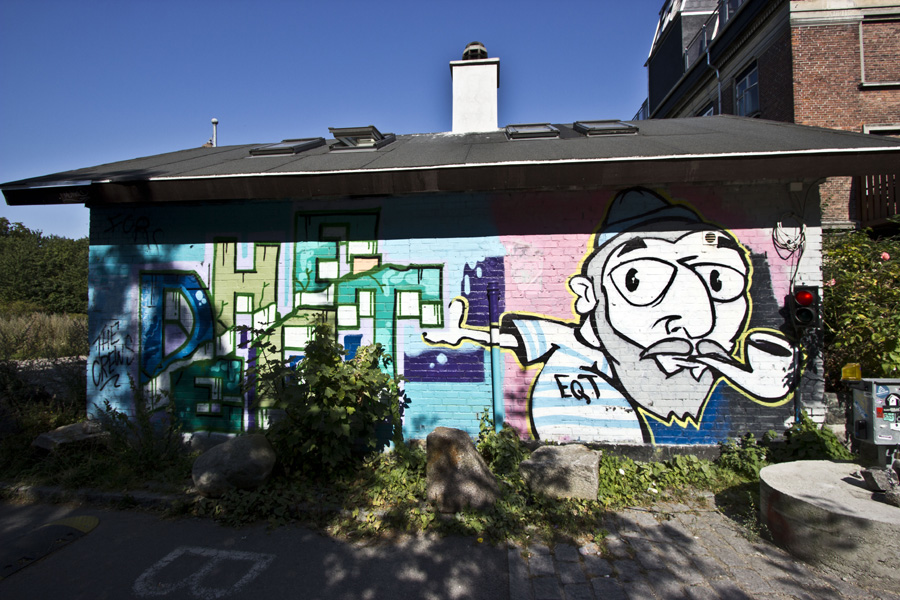 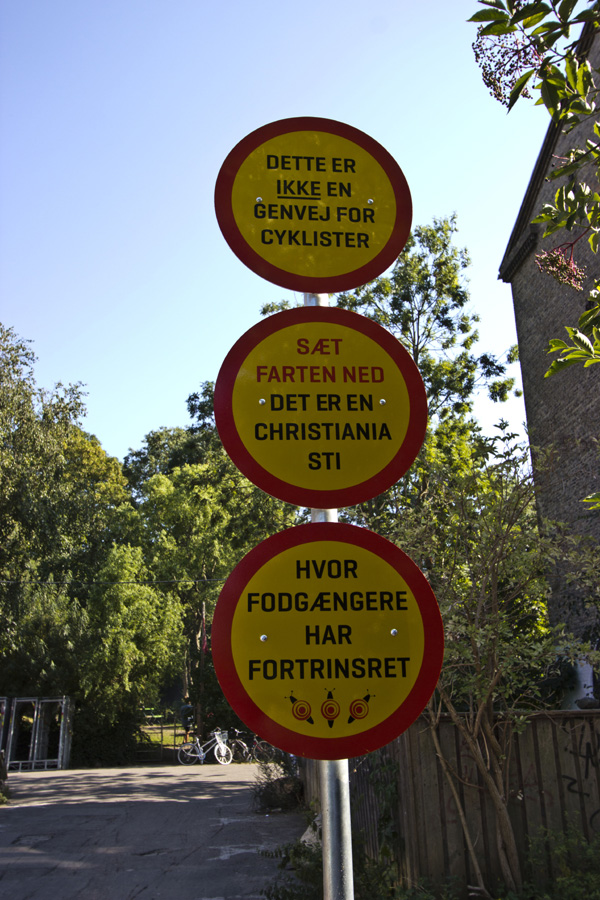 Jogging lovers are perceived here as thieves or cops, but riding a bike is permitted. 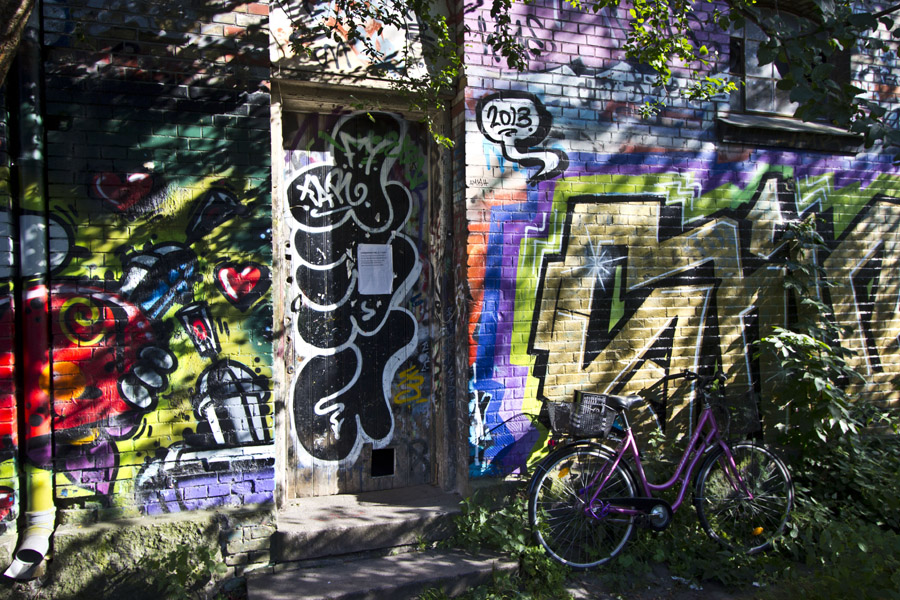 What’s more, the first bikes with a special “trailer” in the front were invented here. They are very popular in Denmark and used to carry children to school or shopping. 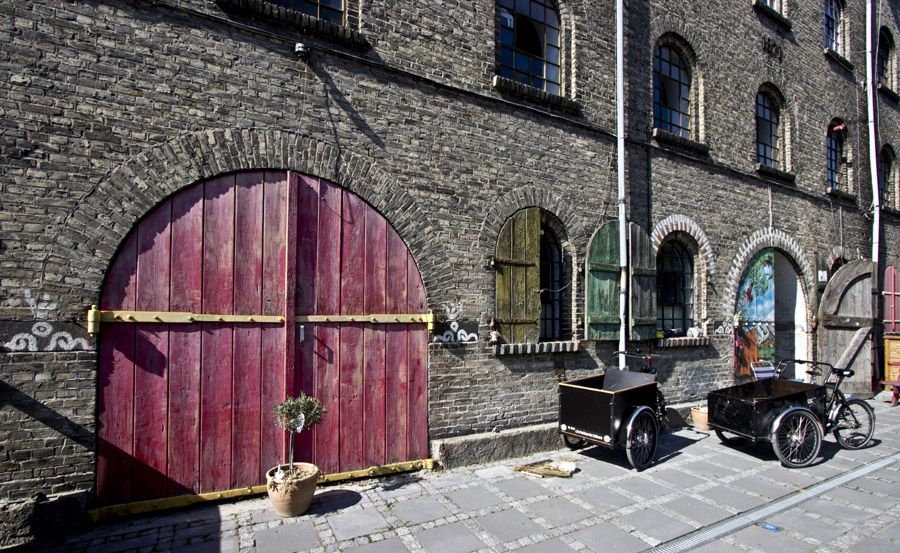 In view of the problem with organized crime, using weapon, bulletproof jackets and hard drugs is forbidden. 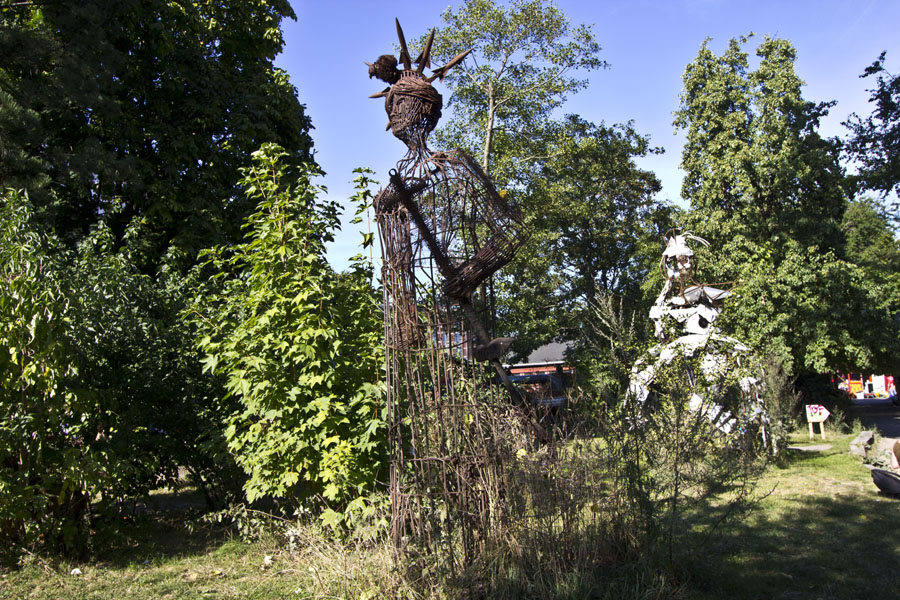 On the other hand, Christiania differs from the other Copenhagen districts because other drugs are sold here. 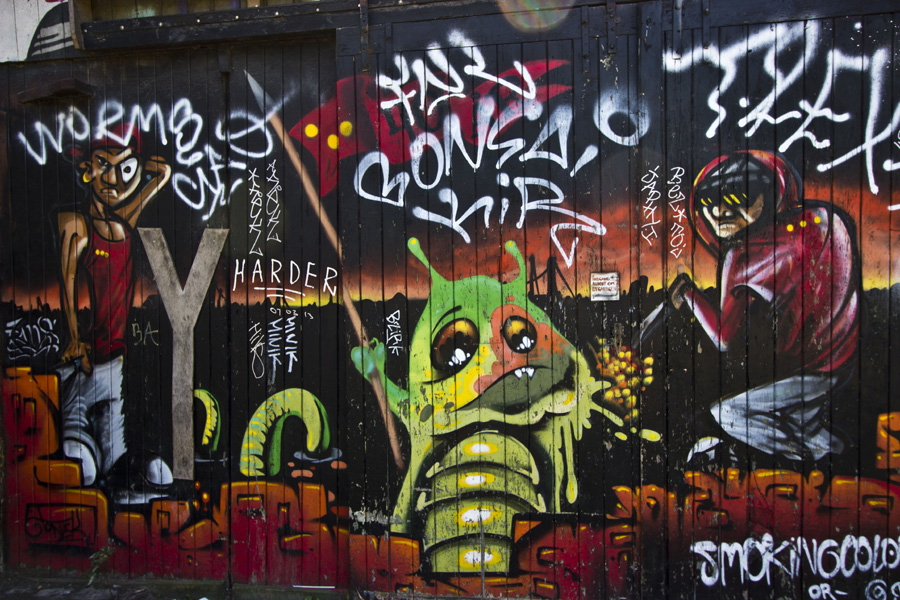 Dealers even obeyed to the local authorities appeal to minimize drug dealing openness. Stalls on Pusher Street are covered with camouflage net and dealers wear army uniforms and balaclavas. Christiania is one of the most popular tourist spots in Copenhagen. Old hippies’ ideas apparently gave way to progressive commercialization. The city looks like abandoned museum and residents (mainly old hippies) look like “exhibits” who remind about old times. Between June and August even guide sightseeing is organized here. 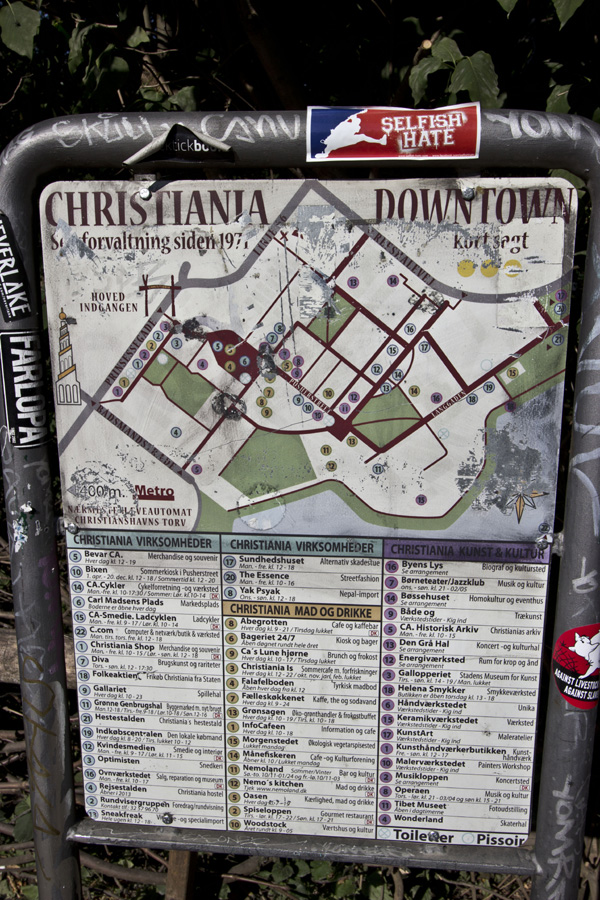 It’s hard to say what Christiana really is nowadays. Maybe famous Danish liberalism is in a fact a tourism business and social experiment is a form of control over a drug trade?  One thing is sure, vision of utopia didn’t stand the test of time. 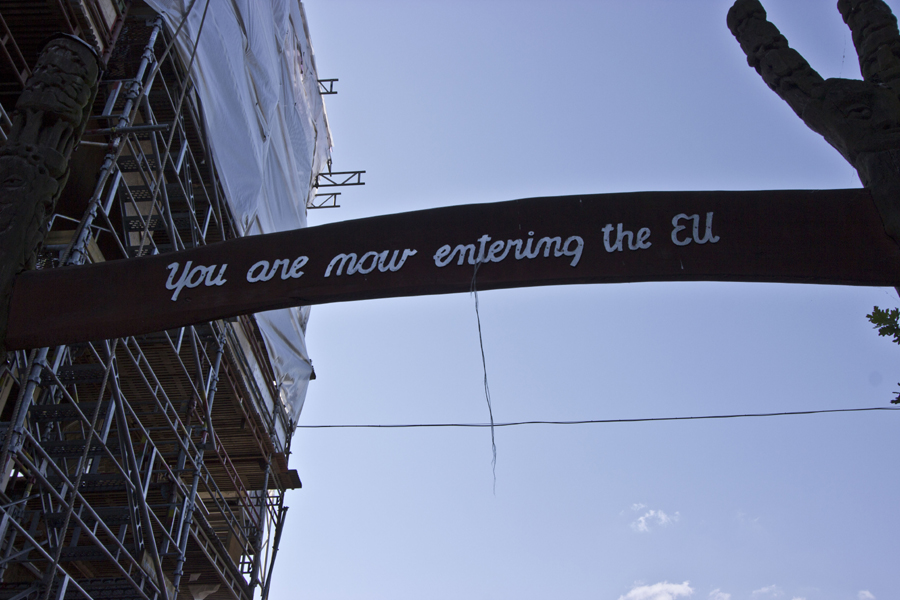 Dublin – city in the green island, flowing
prev next

How much does 6-day trip to Denmark and Sweden cost?