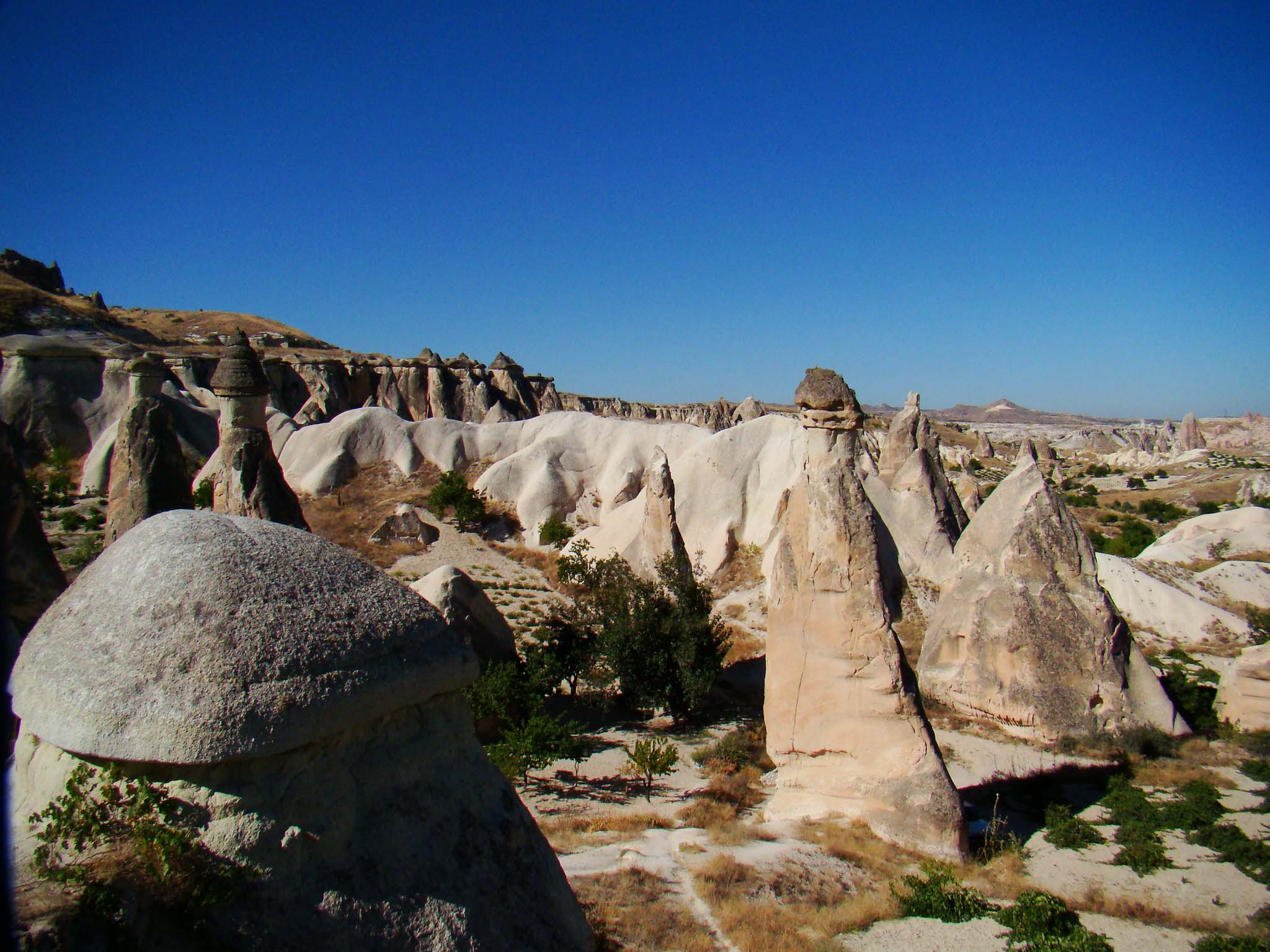 The value of Cappadocia for Turkey is the same as Rome for Italy. However in distinction from the Eternal City which was built by a man, this fabulous realm was created by forces of nature, especially volcanic processes. 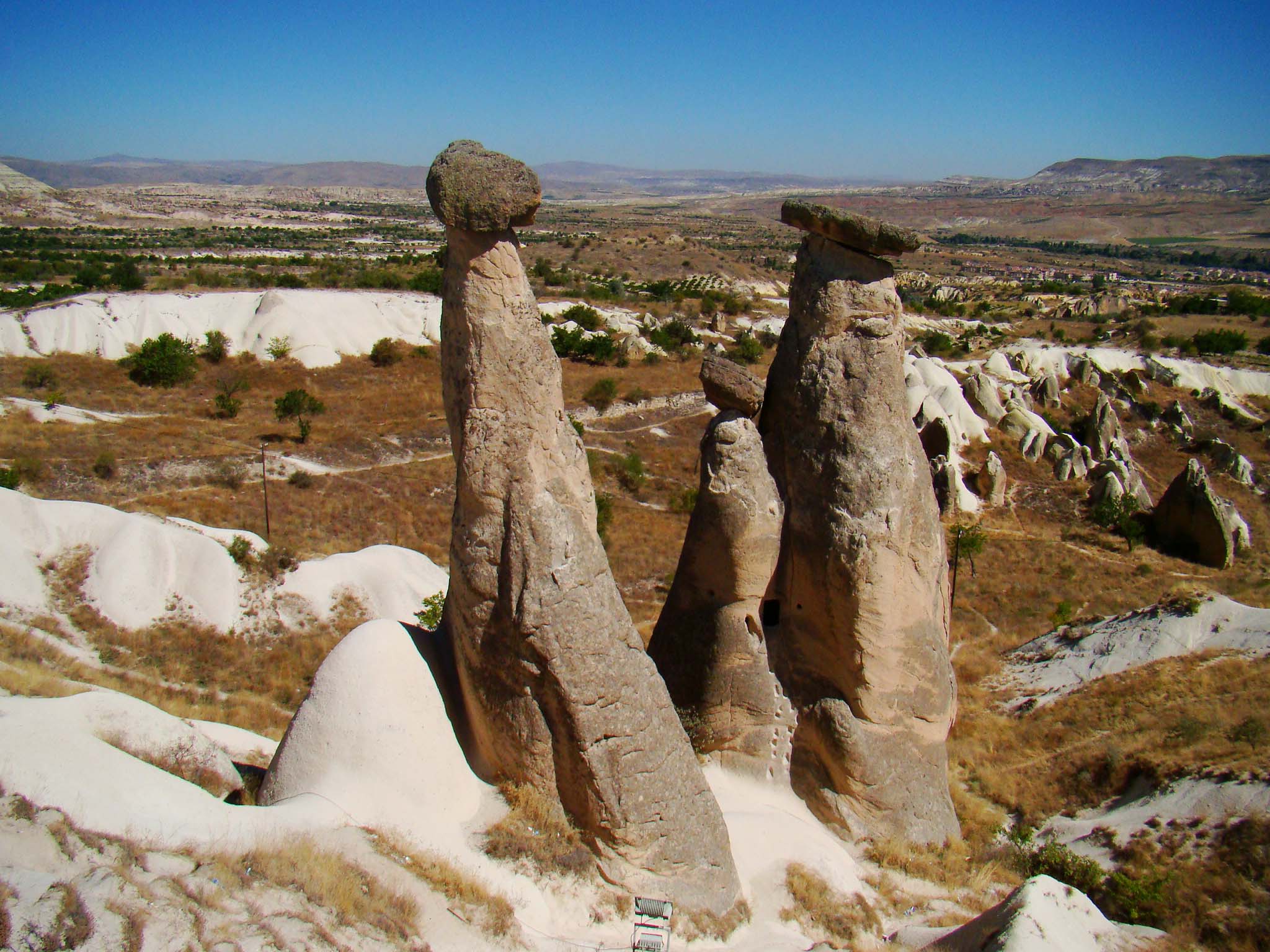 Varied Cappadocia landscape is made of tuff (volcanic ashes morphed into rocks), which has been being eroded by water and wind for a long time. The effect is surrealistic almost moonscape scenery. There you can see interesting rock formations, glens and caves. Popular Rose Valley, called also The Great Canyon of Cappadocia fascinates with its pastel colors. 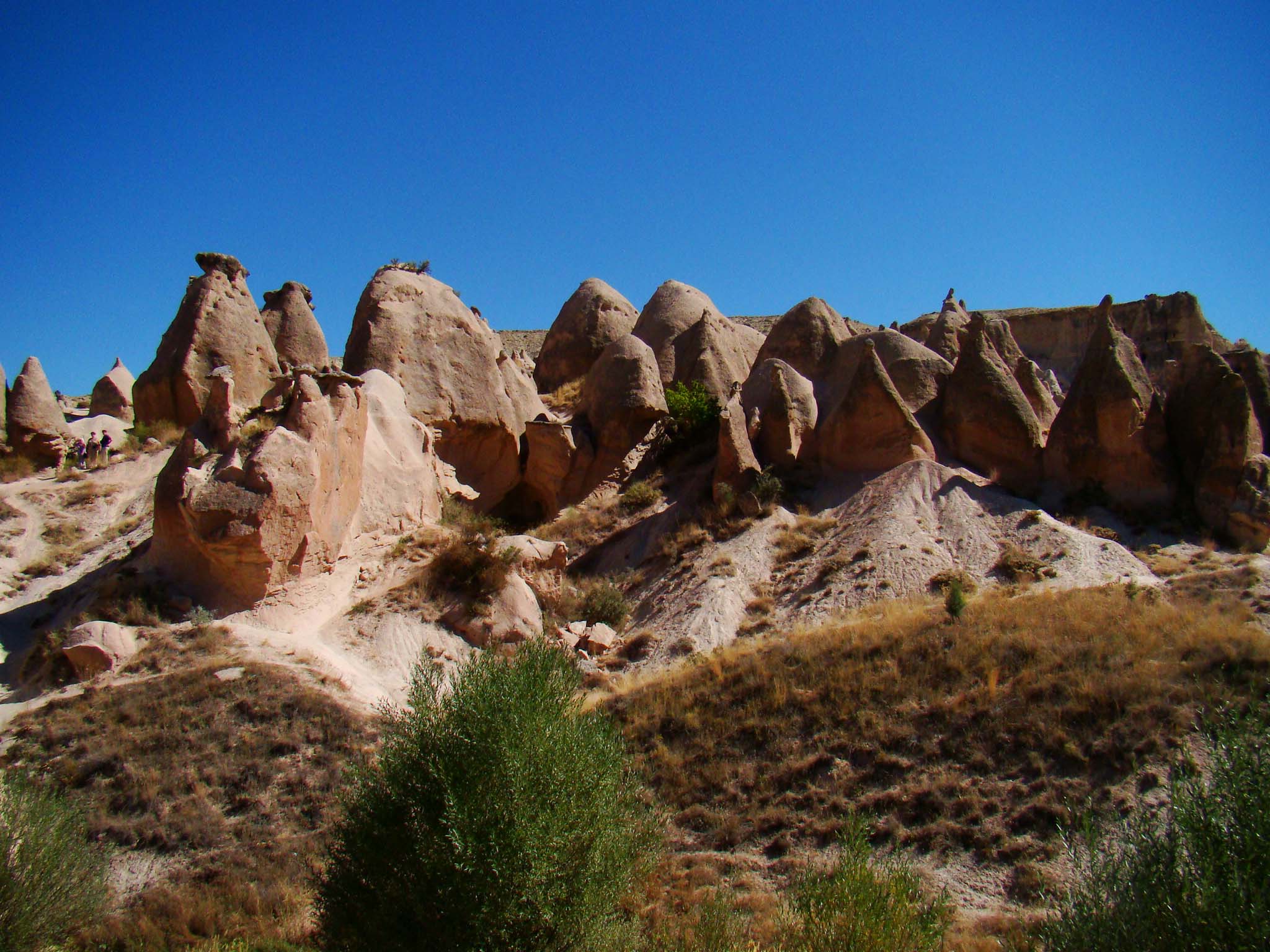 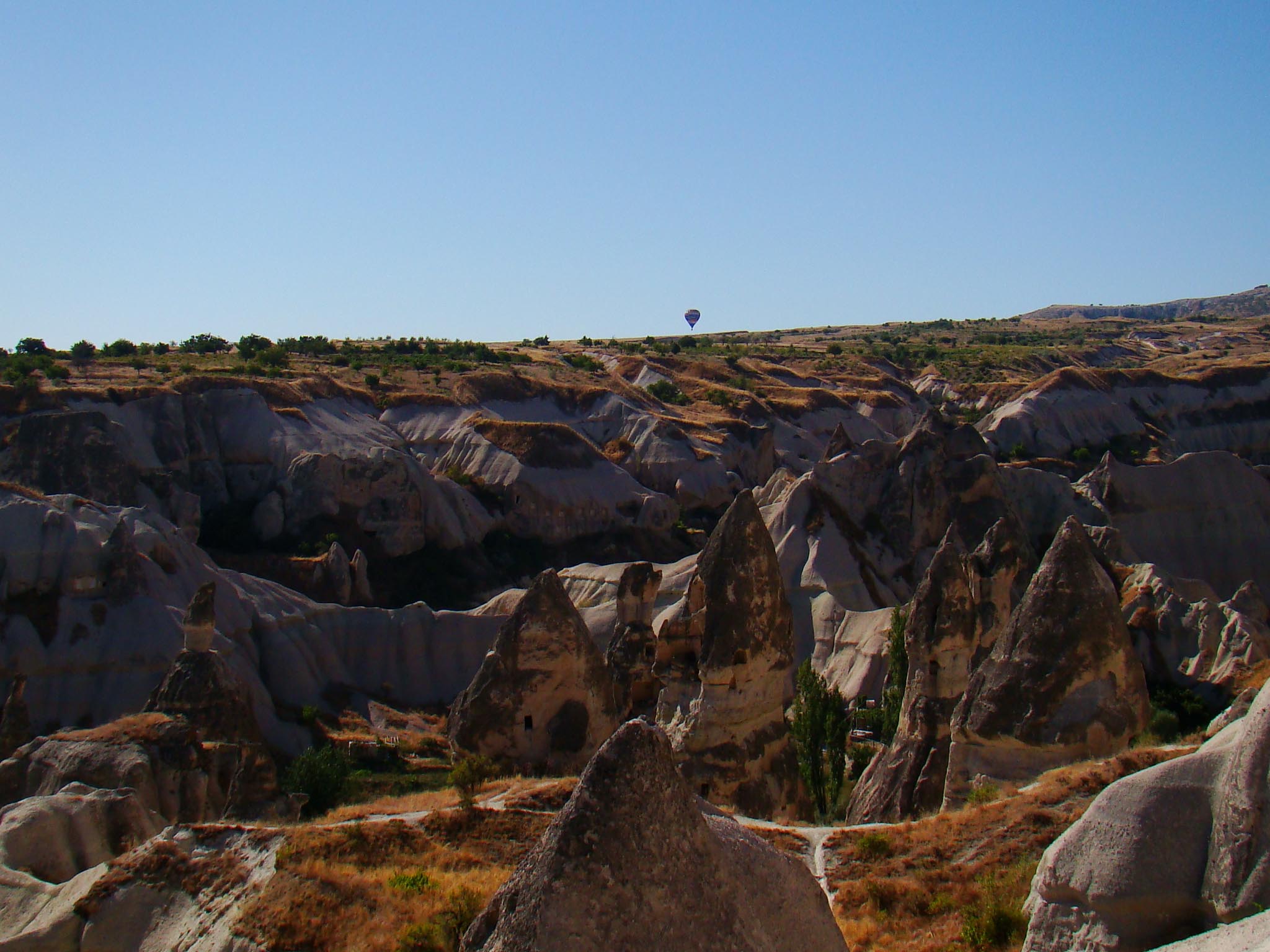 Early in the morning, a lot of balloons fly over it which makes this view unforgettable. But then again, during the sunset delicate pastel shades turn into intensive red and orange  colors. 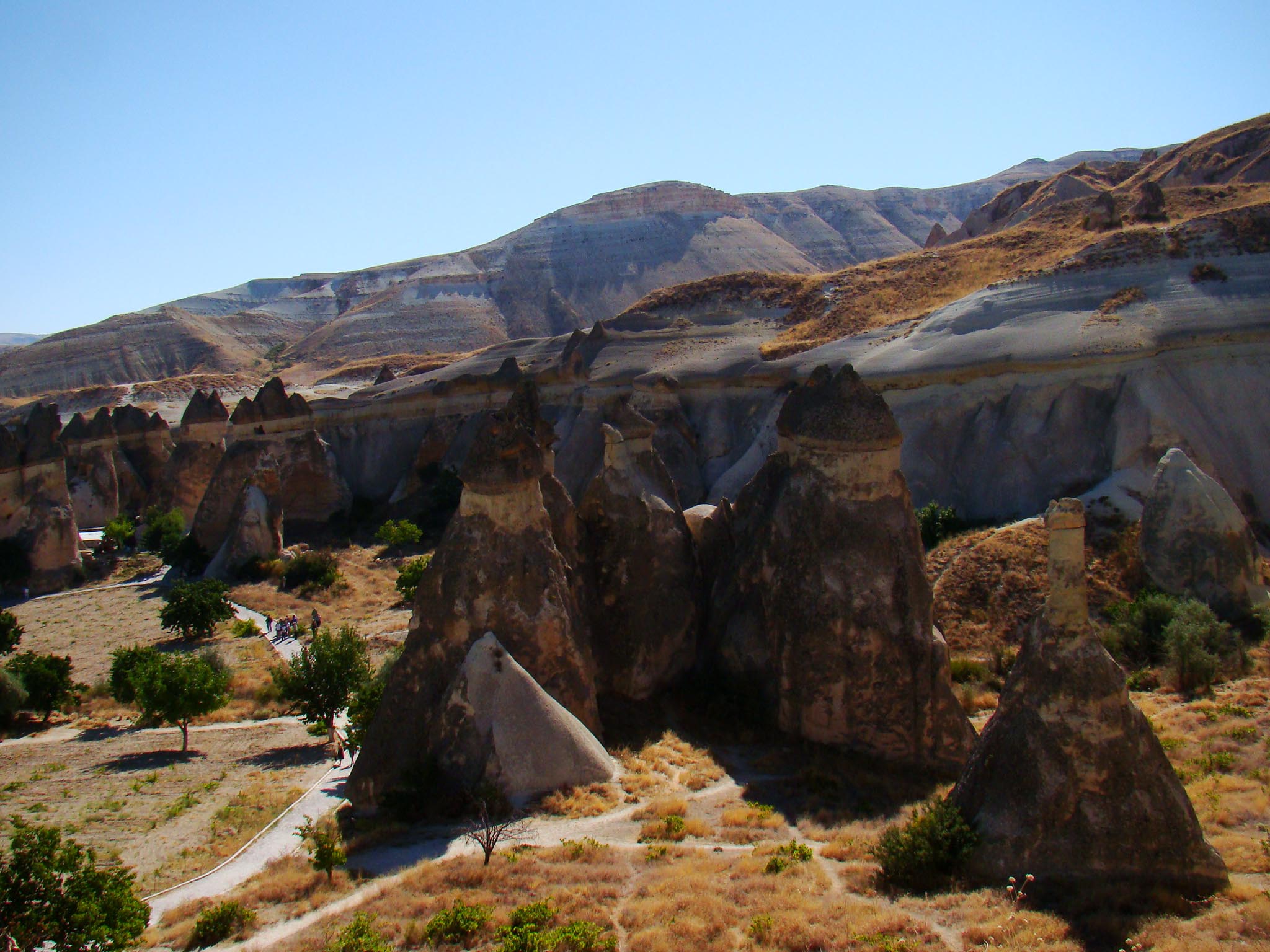 Rocks have a lot of shapes, some people say that they resemble mushrooms or even camels but in case of Love Valley everyone has unambiguous connotation, just take a look. 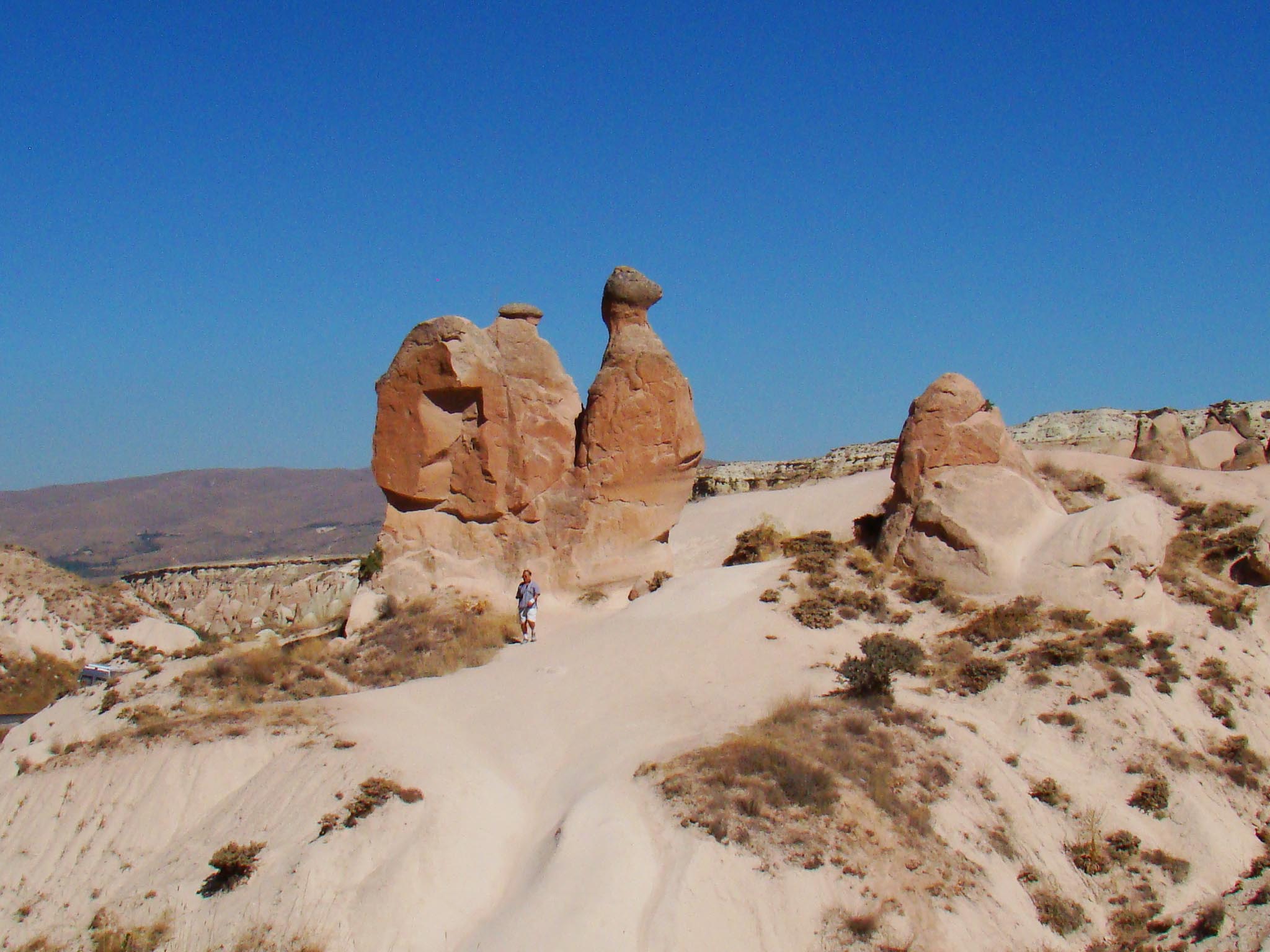 Cappadocia isn’t only an impressive wonder of nature. Tuffs are perfect material for carving. First Christians threatened by Romans and Muslims, saw in this rocks a great potential for future  shelter. They had carved a very big system of underground corridors, which later was expanded into thriving cities. A lot of living quarters, storage places , schools and churches were located  up to the 60m depth. 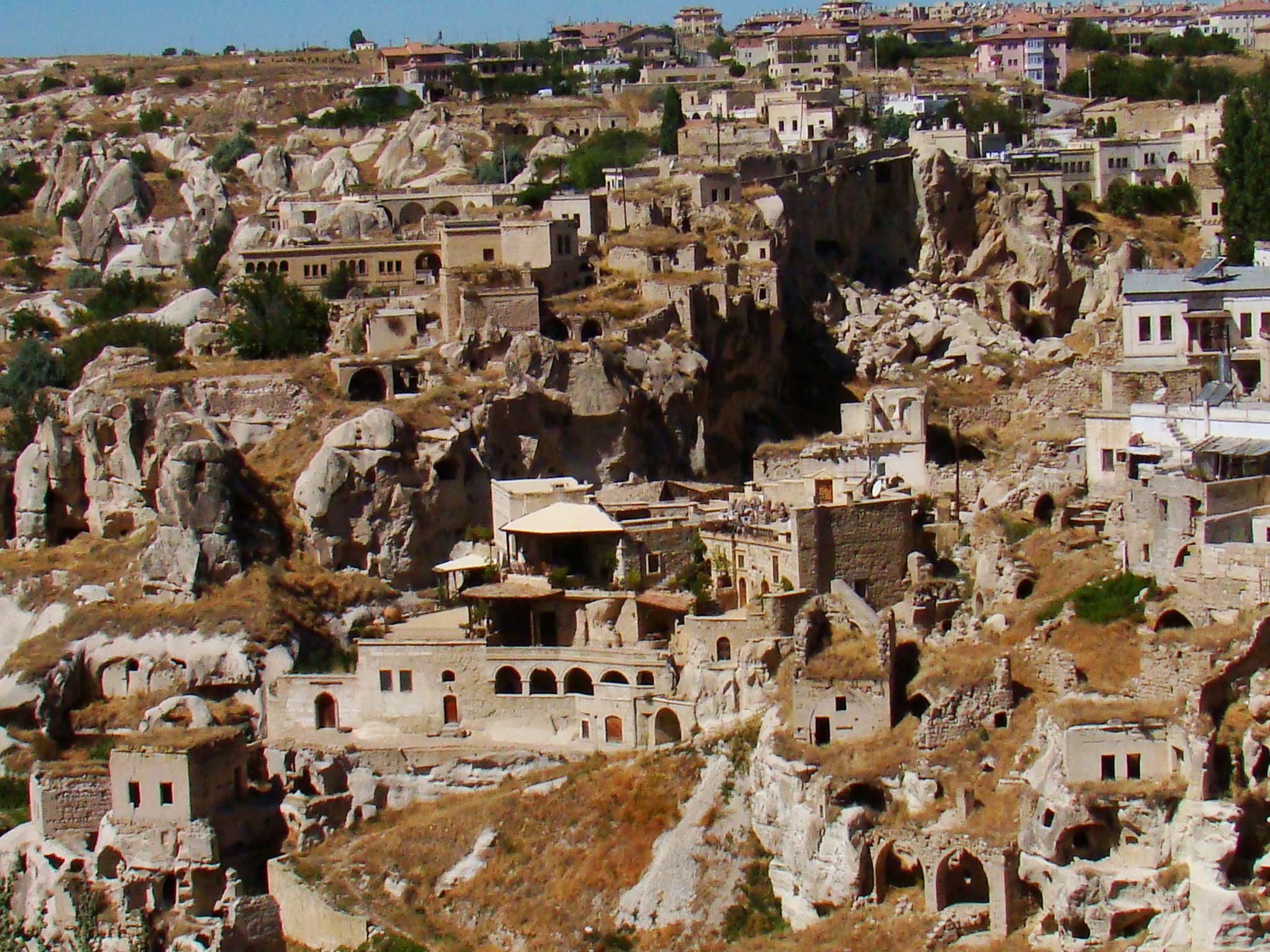 It is estimated that there were about 200 underground cities and 500 churches. It’s no wonder that this area was one of the most important religious centers. 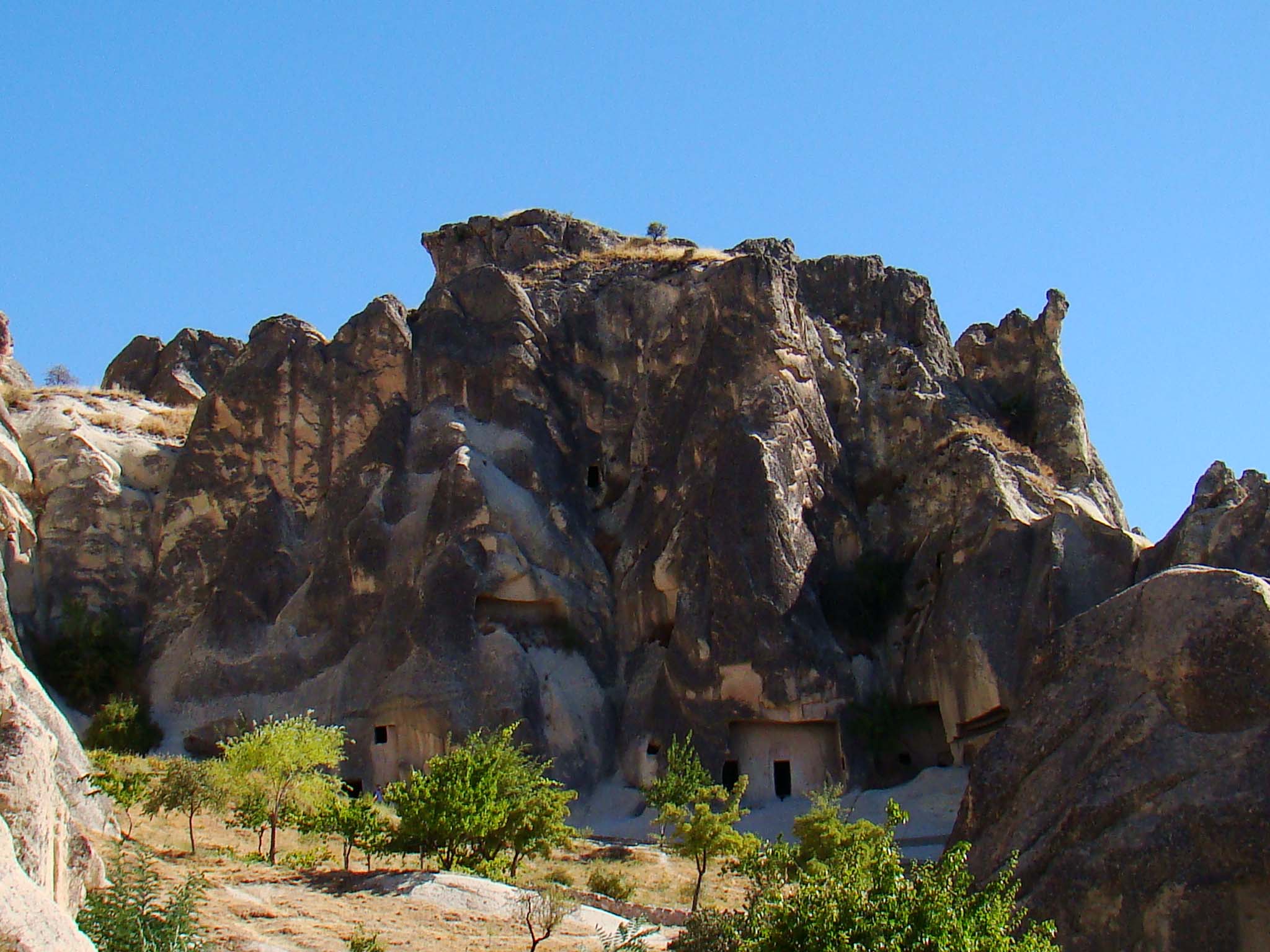 St. Basil and Gregory of Nyssa came from Cappadocia and also St. Paul visited it several times during his missions. Relicts of these times we can see in famous Goreme National Park. It’s a one big archeological site and history lesson as well. 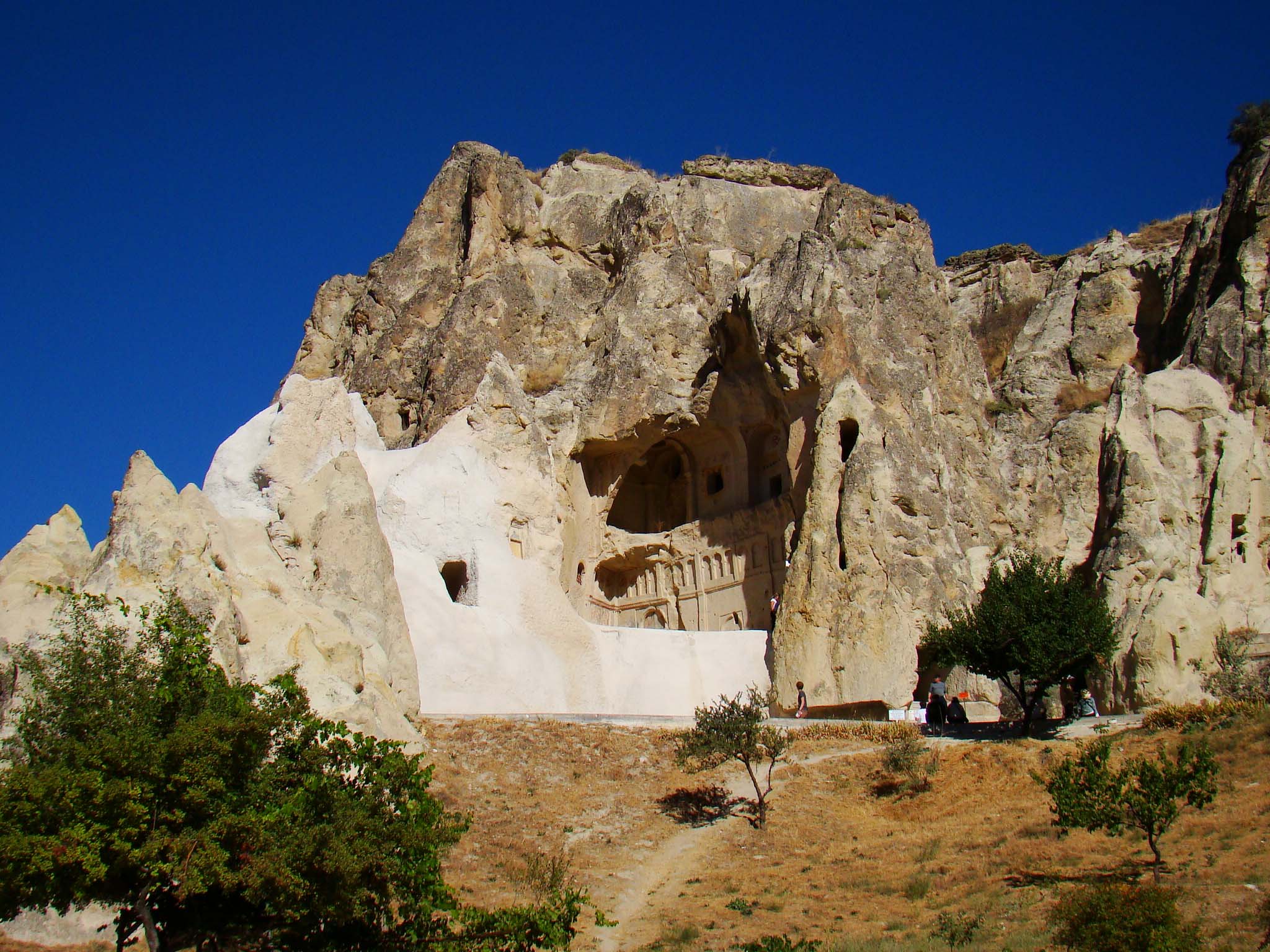 In this little rocky town we can visit a lot of churches decorated with frescos and learn how the first Christians life looked. Unfortunately not only the time took its toll on this paintings but also Muslims who destroyed effigies presented on them. In a manner of speaking, it was something like censorship. 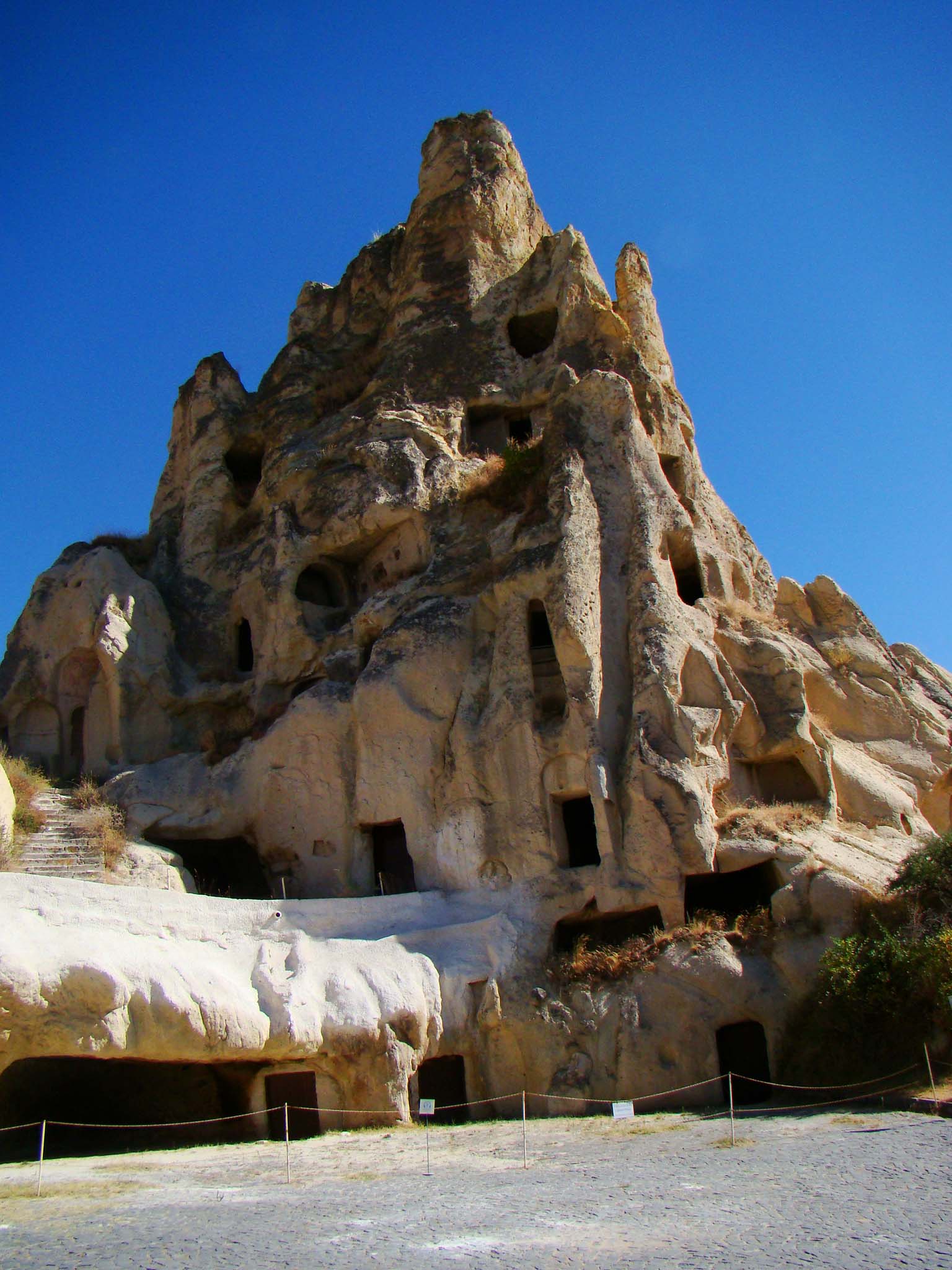 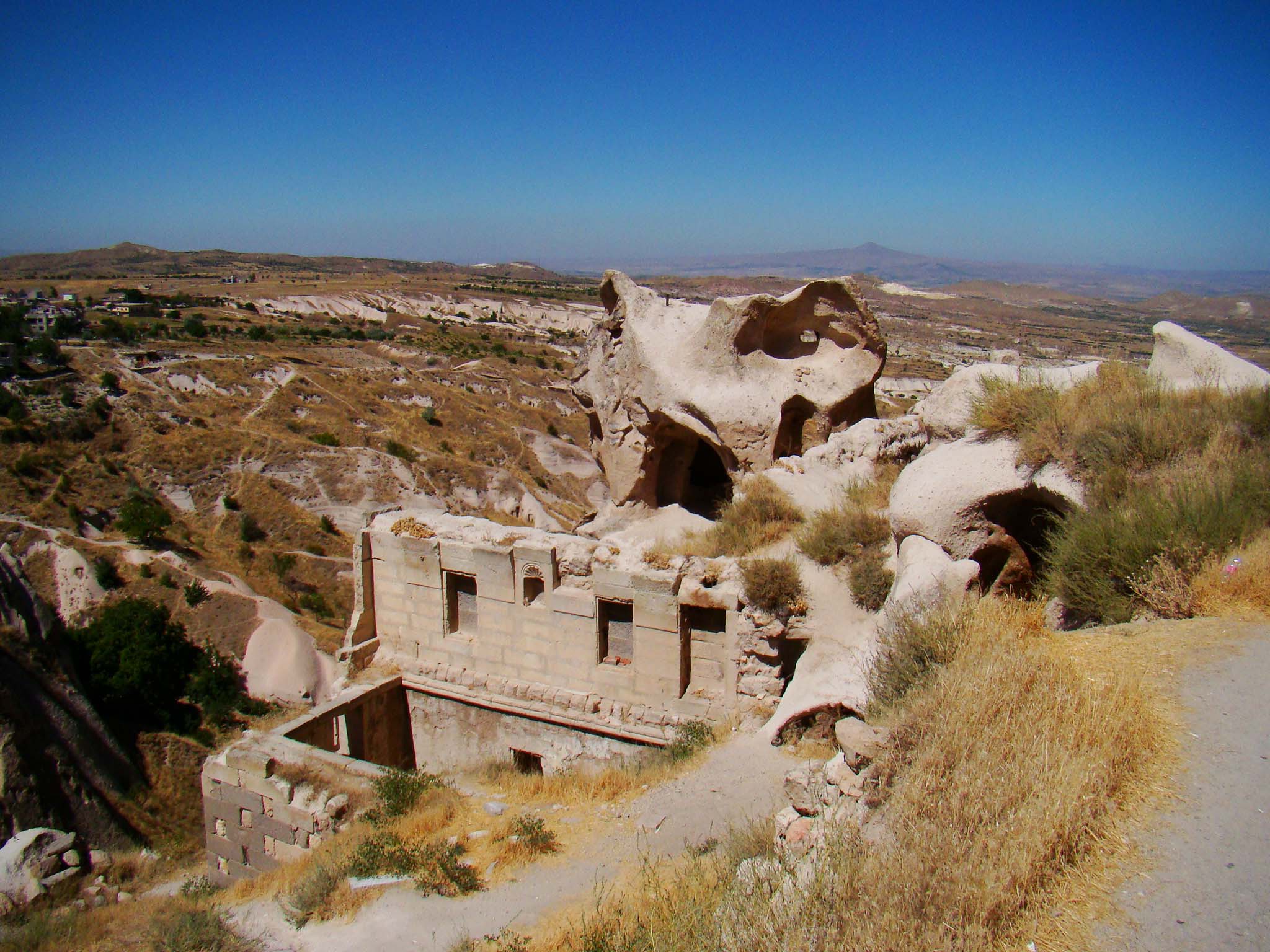 Apart from underground cities, first Christians built also strongholds. The most famous is Uchisar, located in the highest Cappadocia peak. This stronghold has several levels which unveil chambers connected with the corridor system. 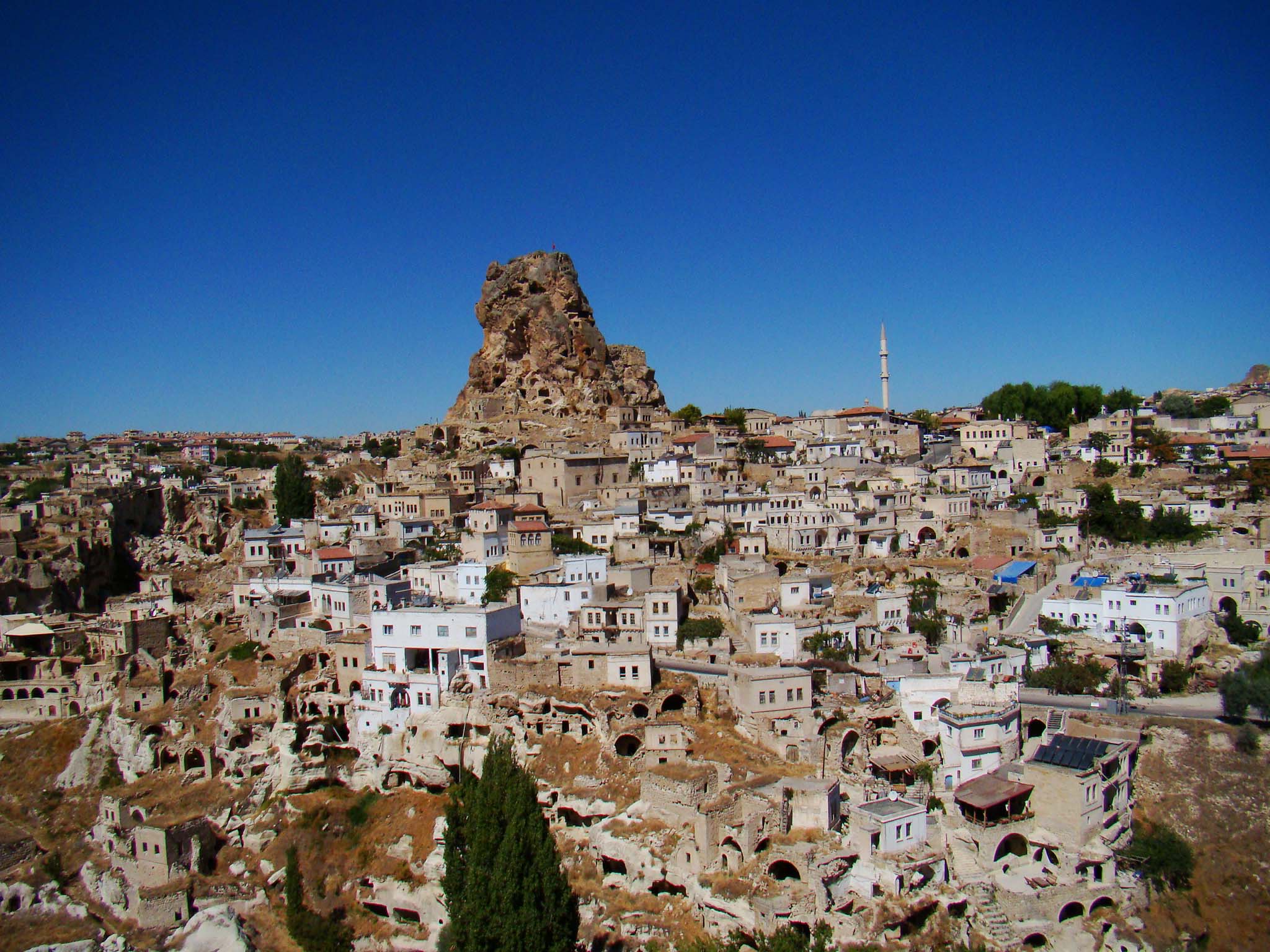 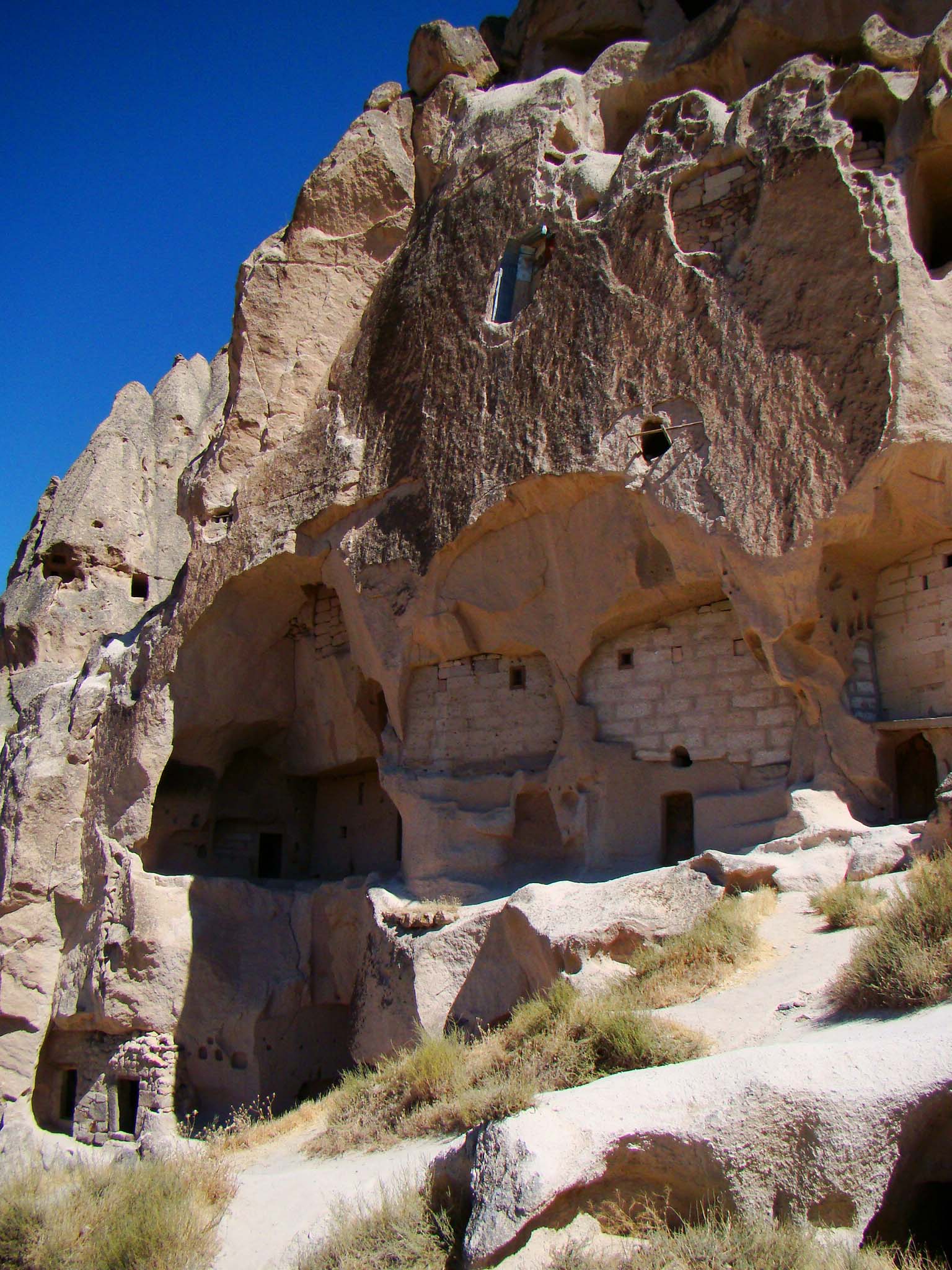 Cappadocia stuns by its otherworldly landscape, rock formations and colors. What is more it constantly changes into different shapes in view of the wind and water erosion. This fabulous place can even cease to exist in no distant future, so don’t hesitate and visit it as soon as you can! 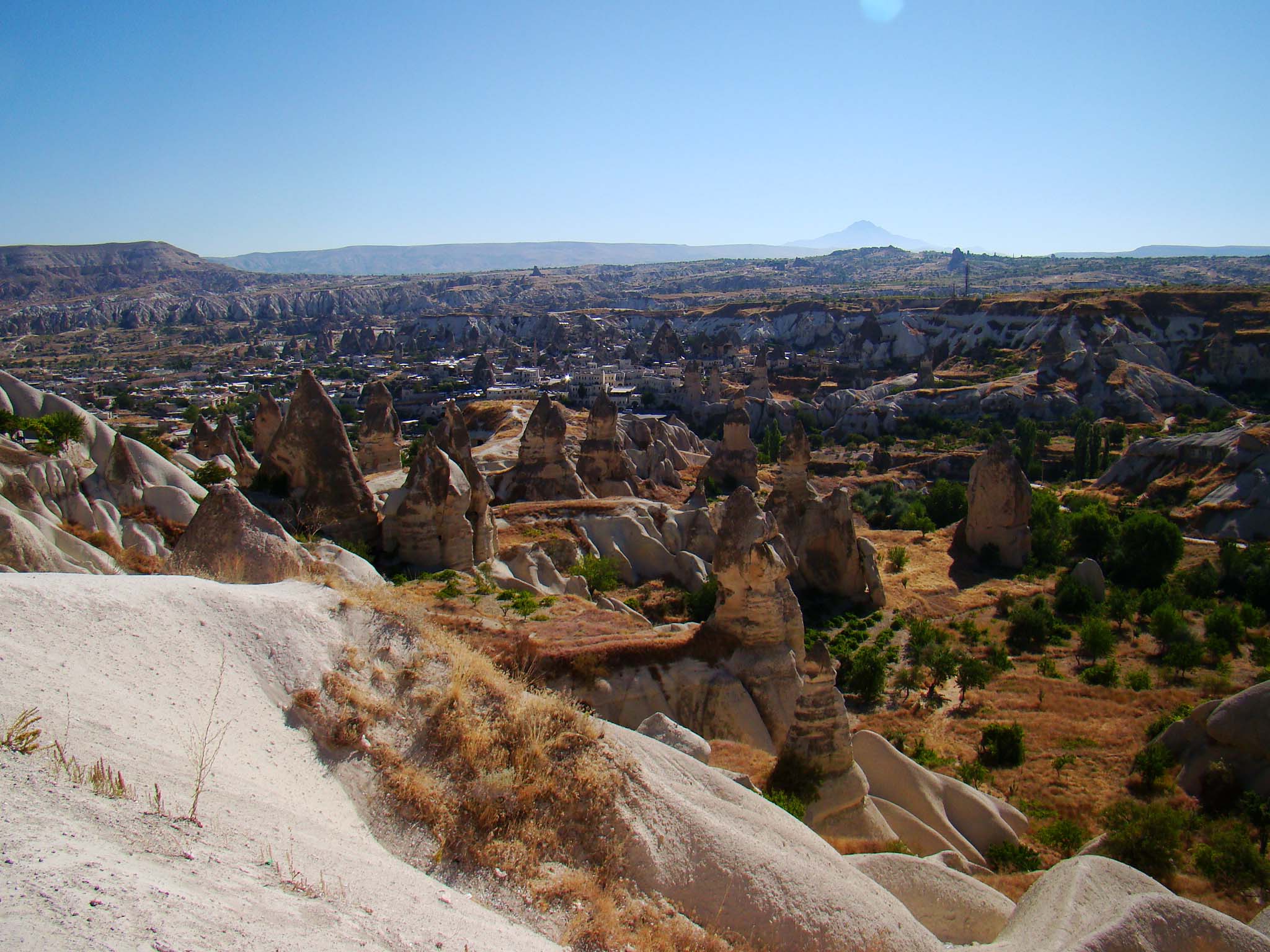 Moscow – Gallery of the Fallen Sculptures
prev next