New York is considered one of the most expensive cities in the world. After a week’s holidays in the “Capital of the world”, I admit it’s so damn expensive. However, it doesn’t mean that you have to lose your shirt to see this city. On the contrary, a large number of attractions is available there for a few dollars or even free of charge. 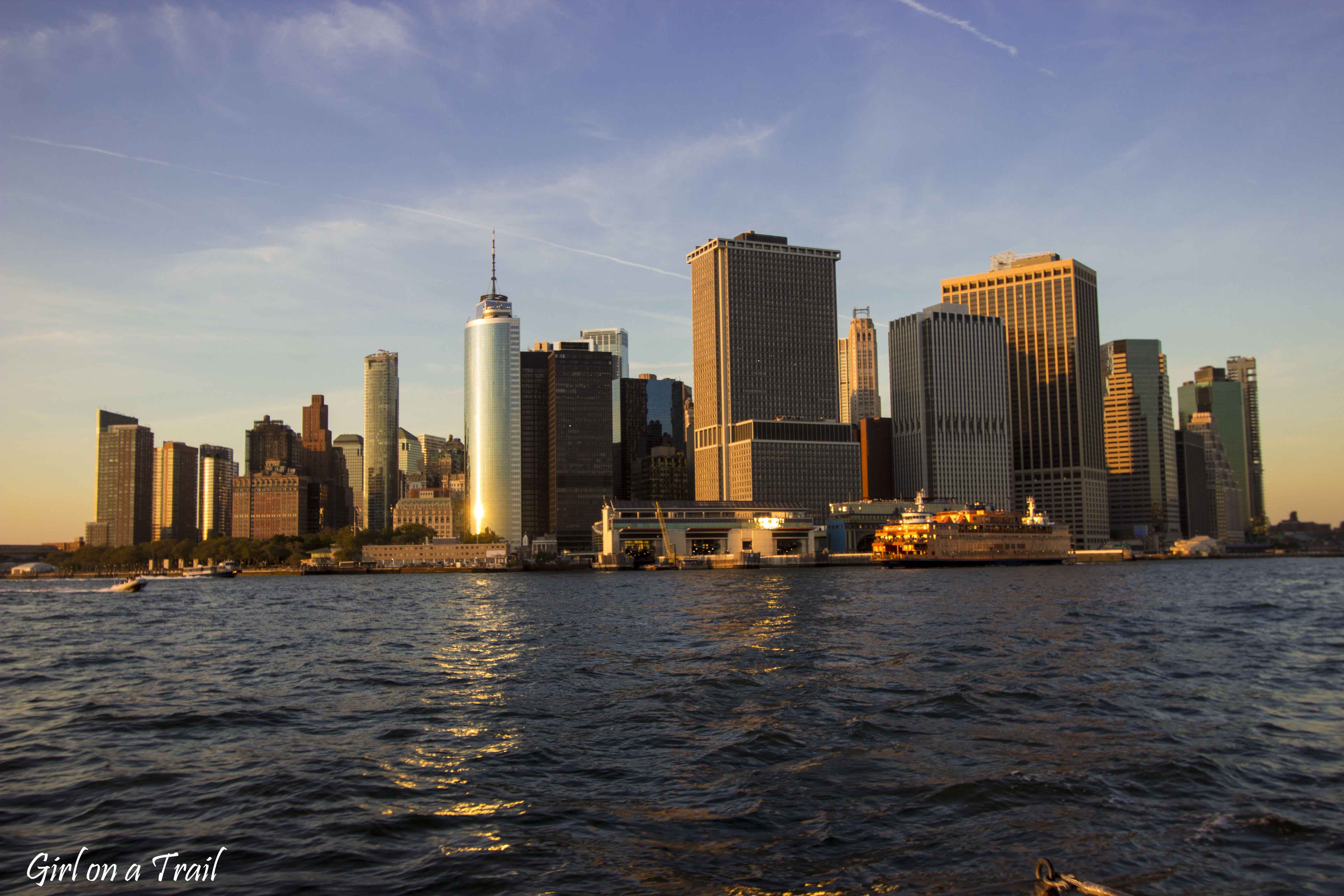 Drink on the roof

Entrance to the terraces of New York skyscrapers can be pricey, on average it costs 40 $. You need around spare 120$ to visit viewing platforms in Empire State Building, Top of the Rock in Rockefeller Center and One World Observatory. However, the wonderful panorama of the city both day and night can be seen from the many roof bars. For the price of a drink or beer, you can admire a wonderful view of the city for free! 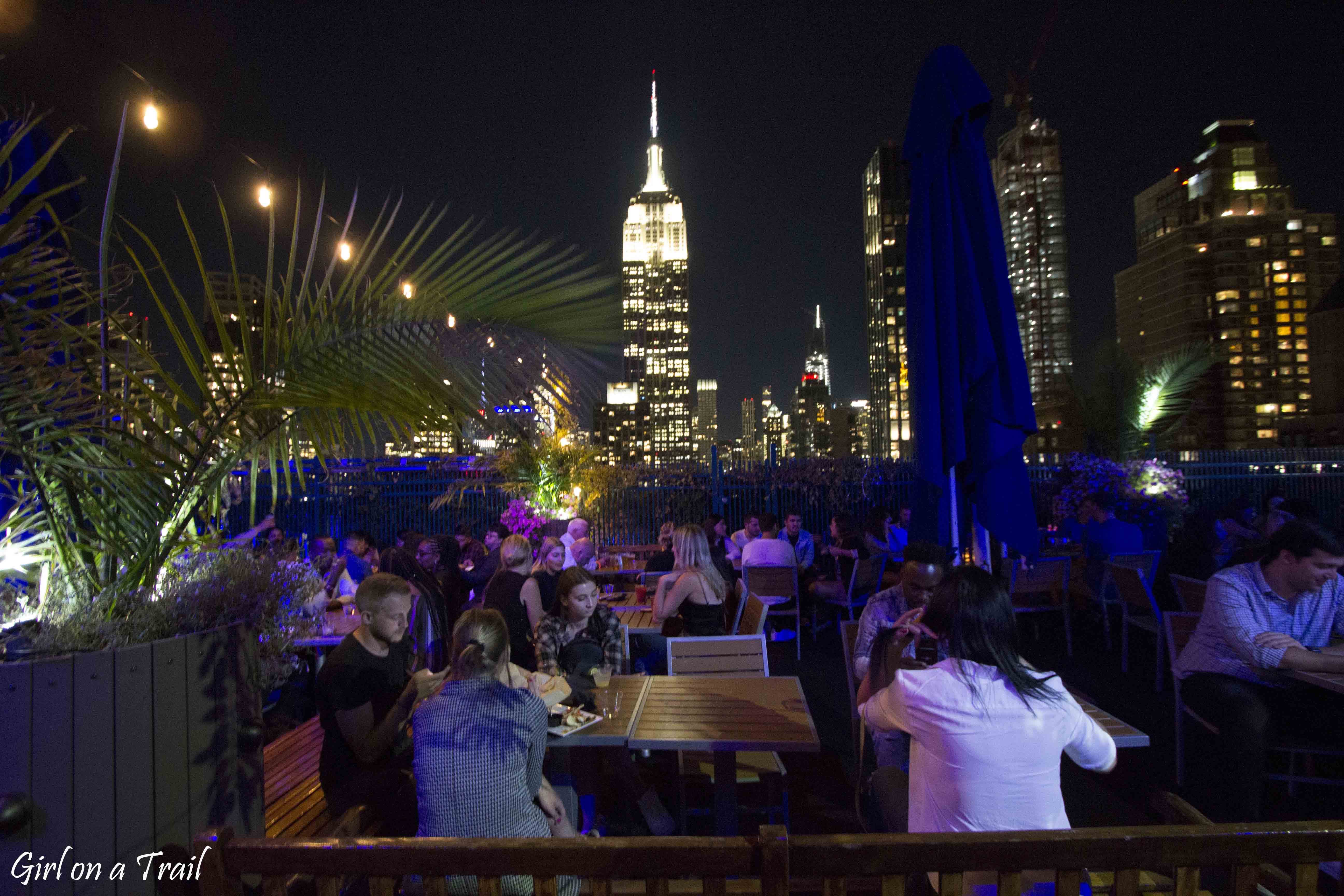 The most popular and the biggest one is the 230 Fifth Rooftop in which additionally offers happy hour, so you can even lower the total cost of your drink 😉 More details you can find here. Other popular spots include: Spyglass Rooftop Bar, or Skyline Rooftop Bar & Lounge. 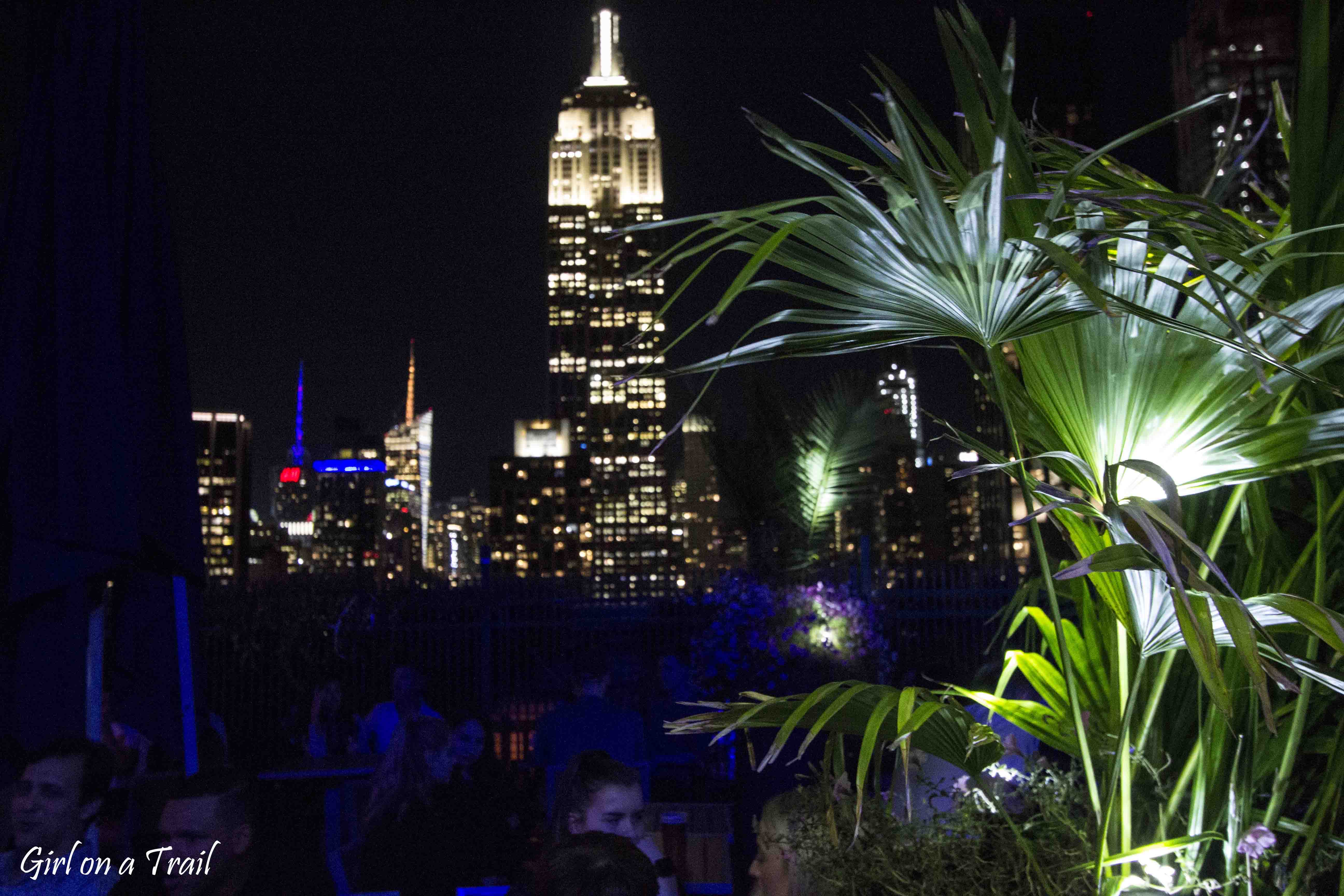 Cable car with a view of Manhattan

The panorama of New York can be seen even cheaper, in the price of a ticket for public transport. For less than $ 3 you can hop on the a cable car to Roosevelt Island. The station is located at Tramway Plaza. The route leads just above the Queensboro Bridge and offers a great view of the eastern part of Manhattan. 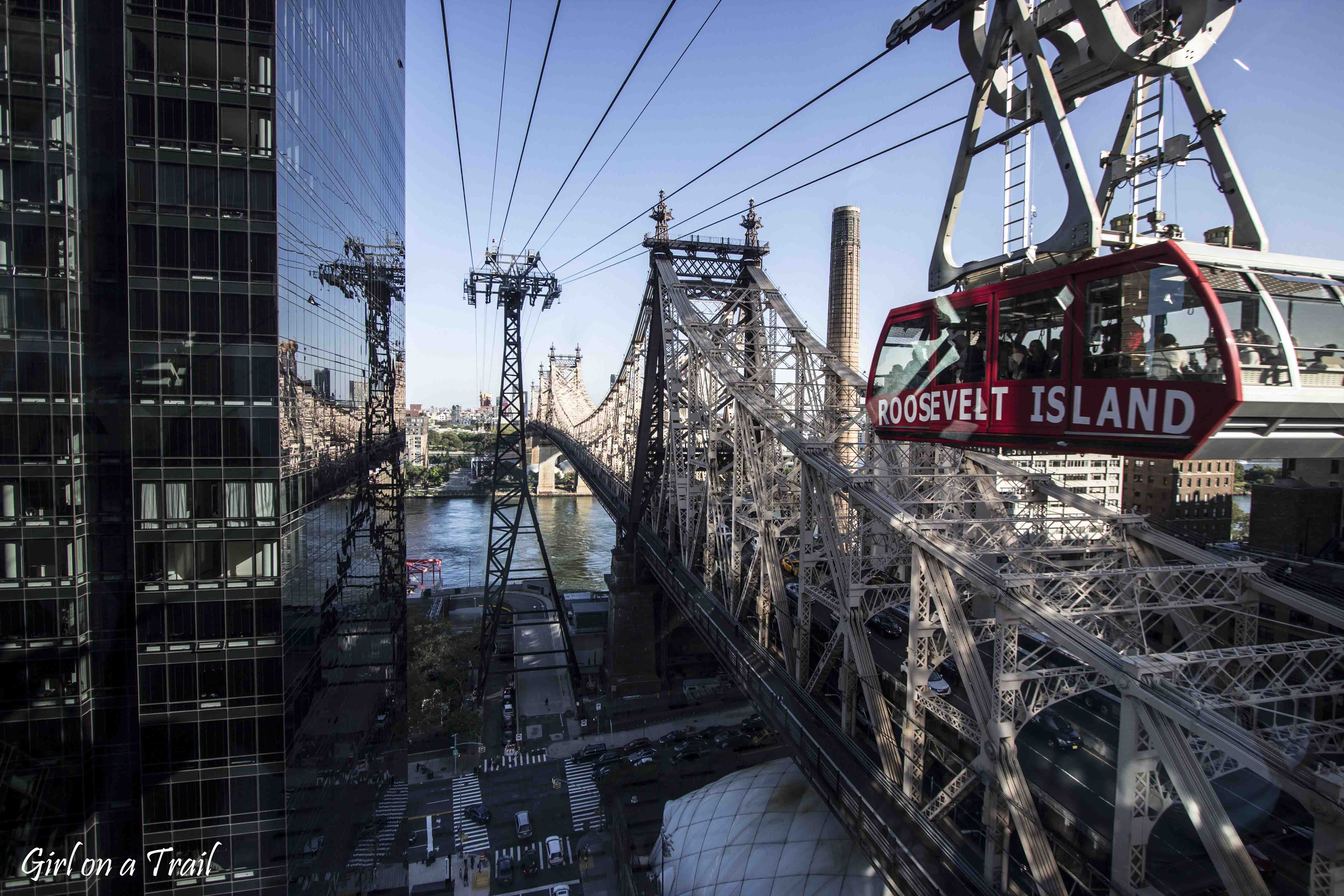 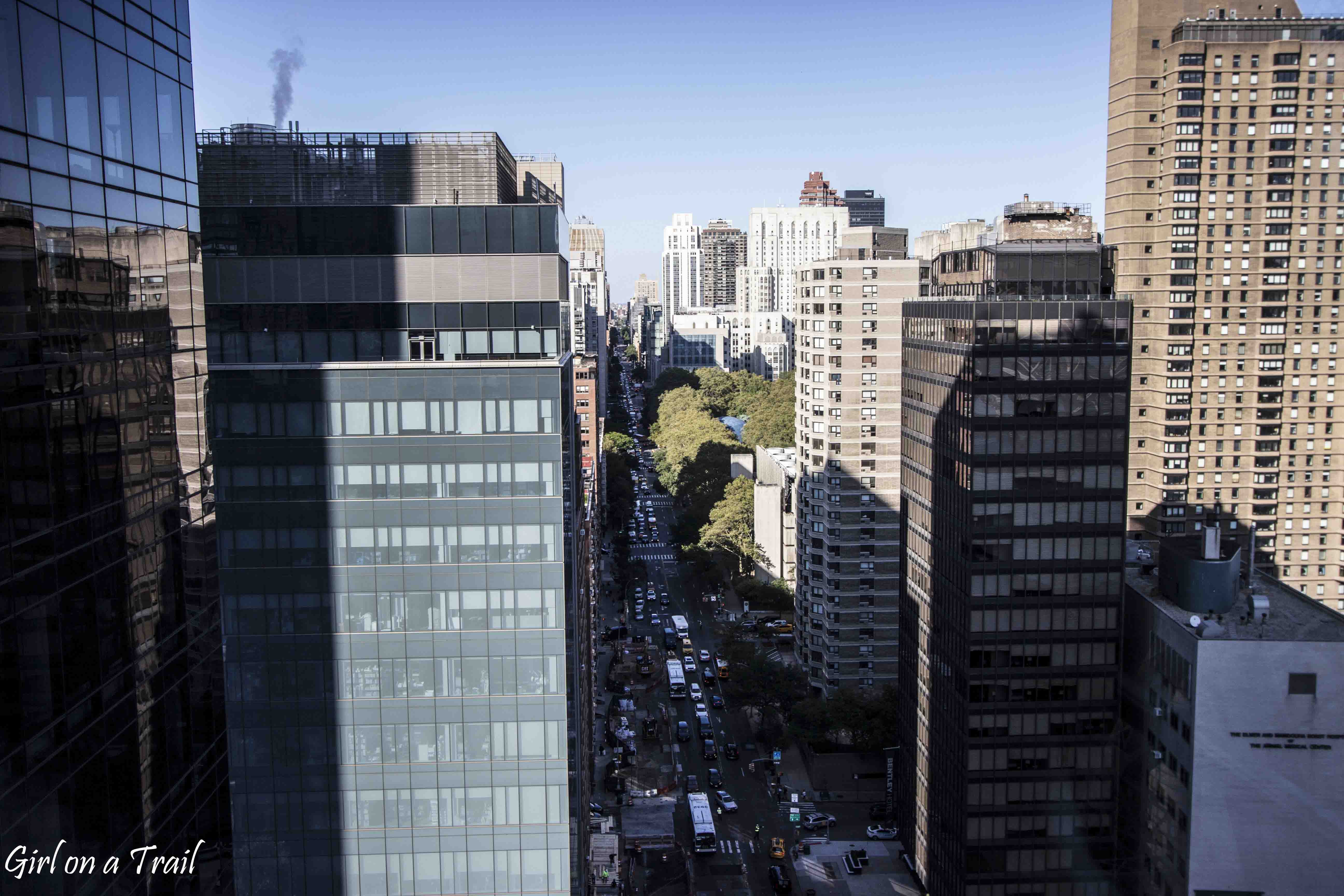 New York public transport also offers a free ferry cruise to Staten Island. Ferries leave from Whitehall Terminal located in the southern part of Manhattan and pass right next to Lady Liberty. This option allows you to save 25$, because that’s how much the trip  to explore monument with the nearby Ellis Island costs. An additional attraction is the amazing view of the southern part of Manhattan along with the One World Trade Center. 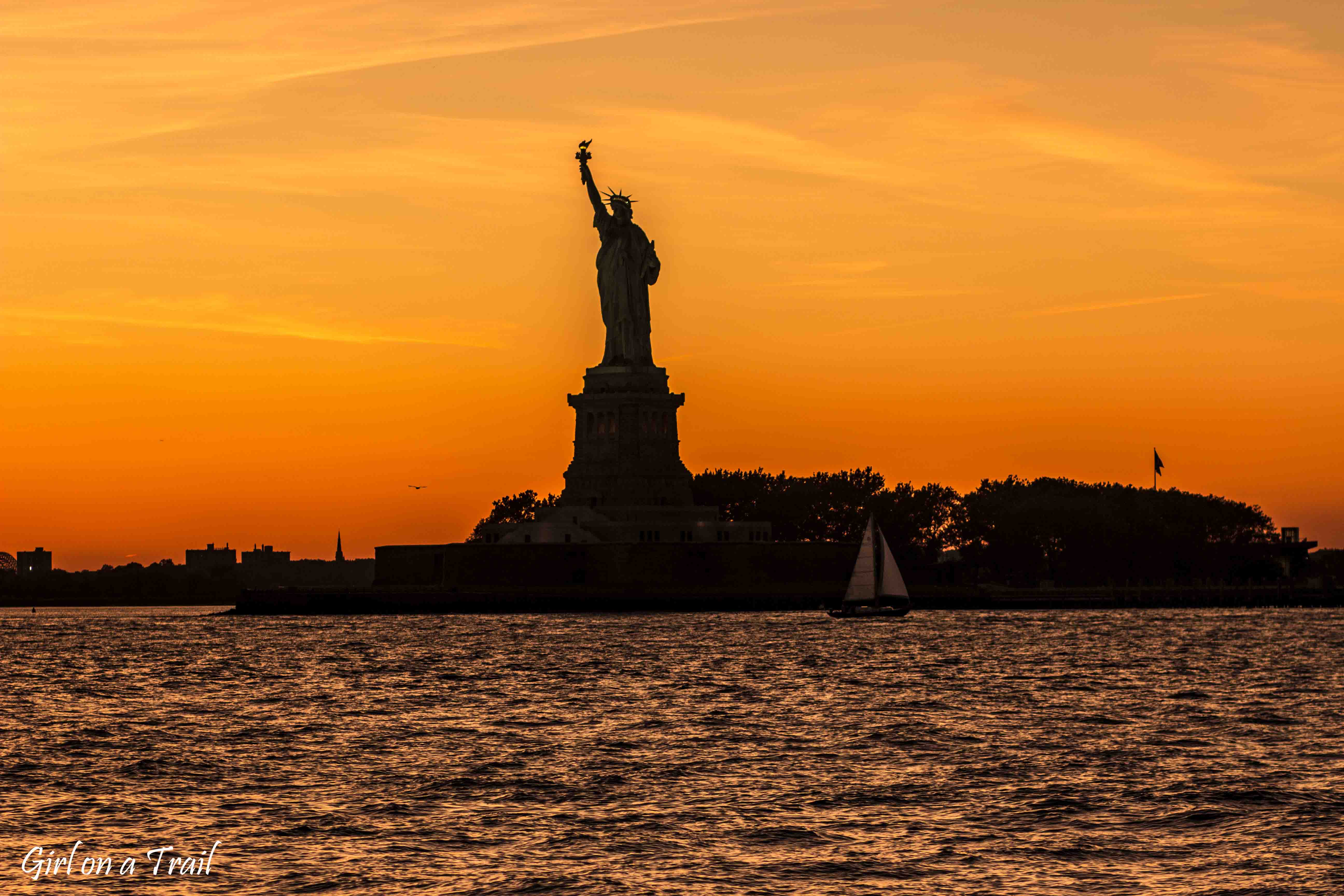 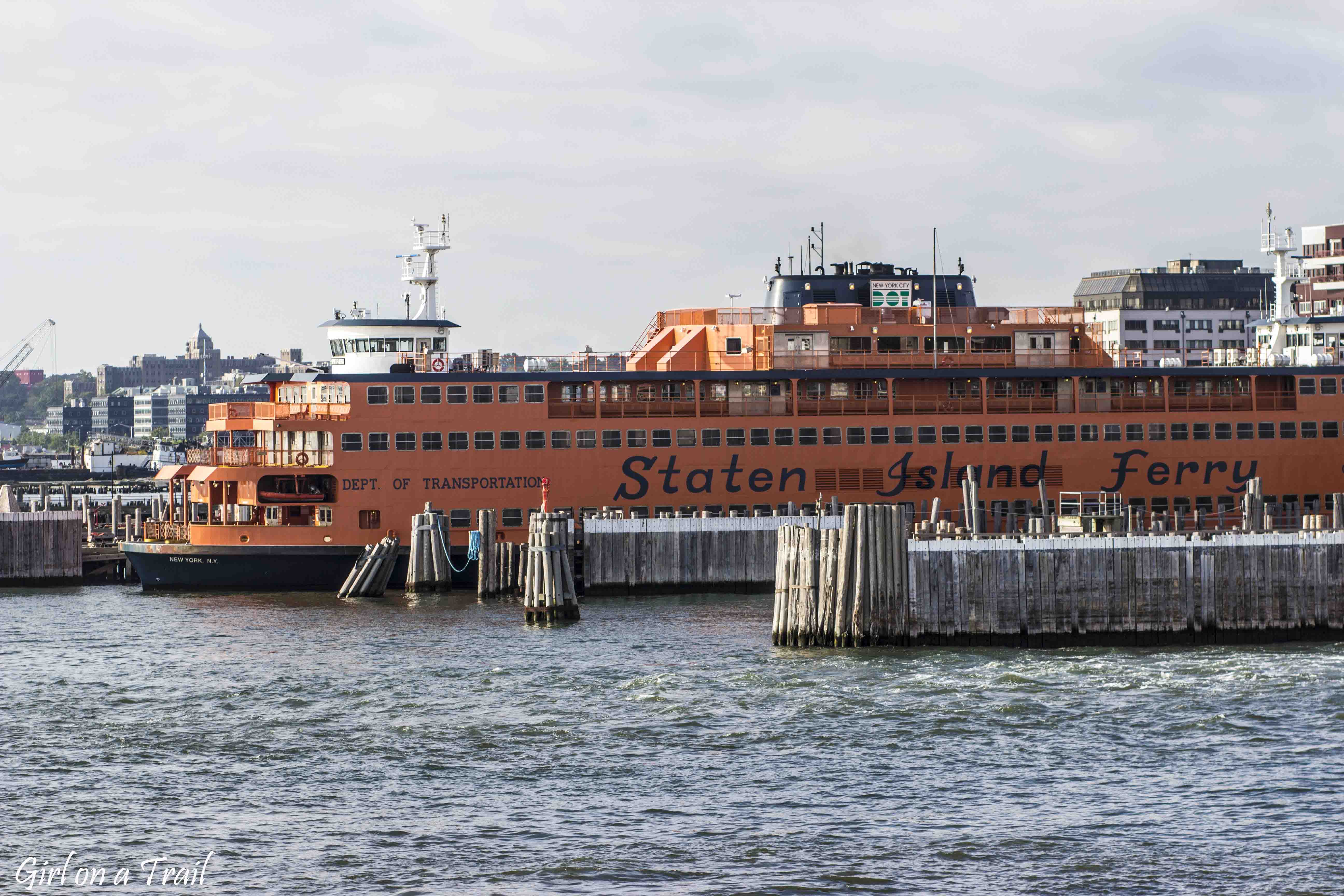 In the current World Trade Center complex, you can visit a museum dedicated to the tragedy of 11th September 2001. Admission to the museum costs 26$, however, few tourists realise that it’s possible to visit it free of charge every Tuesday between 5pm and 7pm. To visit the museum you need to grab a free ticket from the ticket booth before 5pm. I honestly admit that I expected a huge queue on the spot, meanwhile most people had tickets purchased online or New York Pass card. I didn’t even stand in queue for a free ticket. 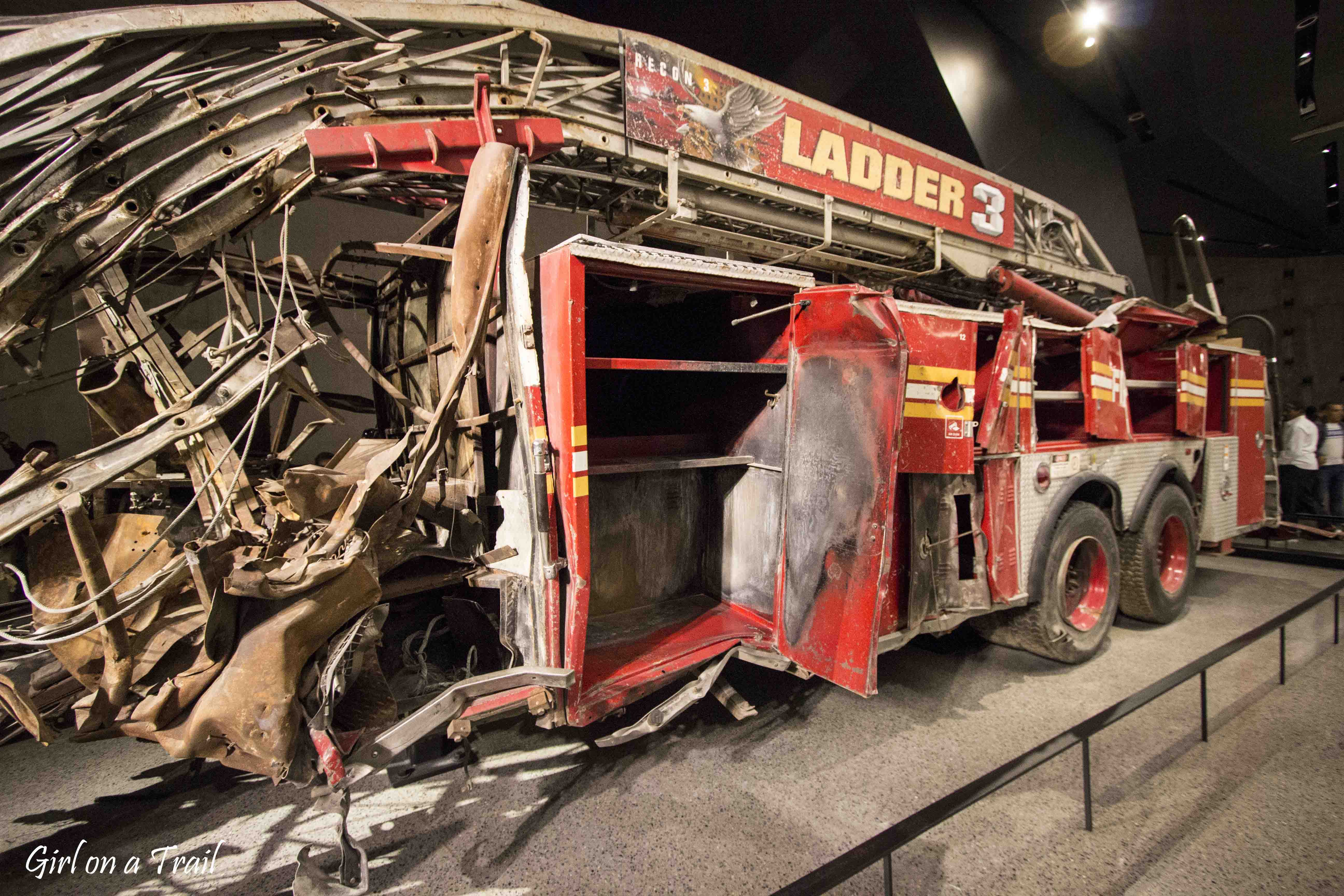 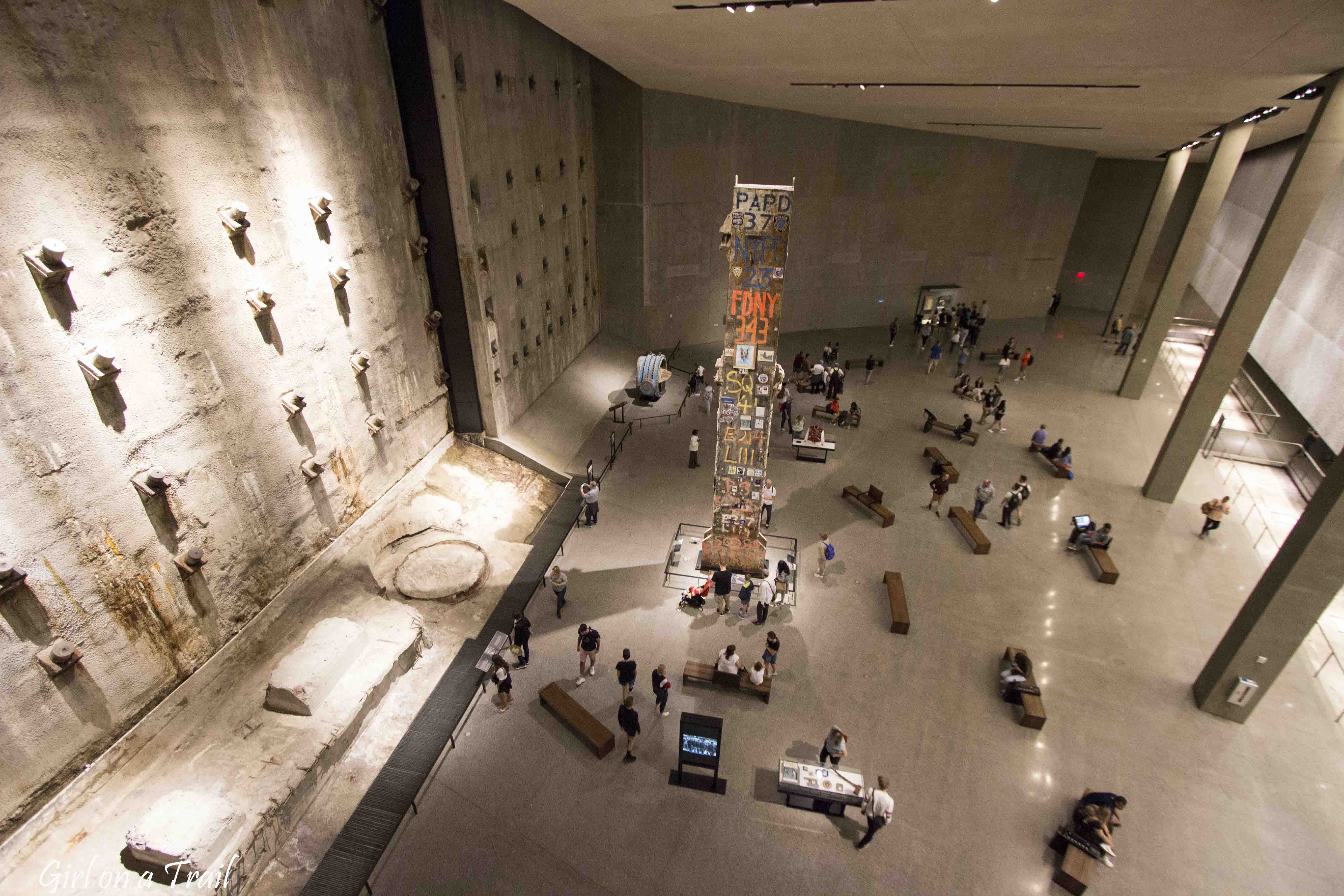 Free tours are also offered by the Federal Reserve Bank of New York. The interior of the vault can only be seen during organised trip booked via the website. Trips are carried out from Monday to Friday from 1pm to 2 pm due to great interest, is better to book it earlier. 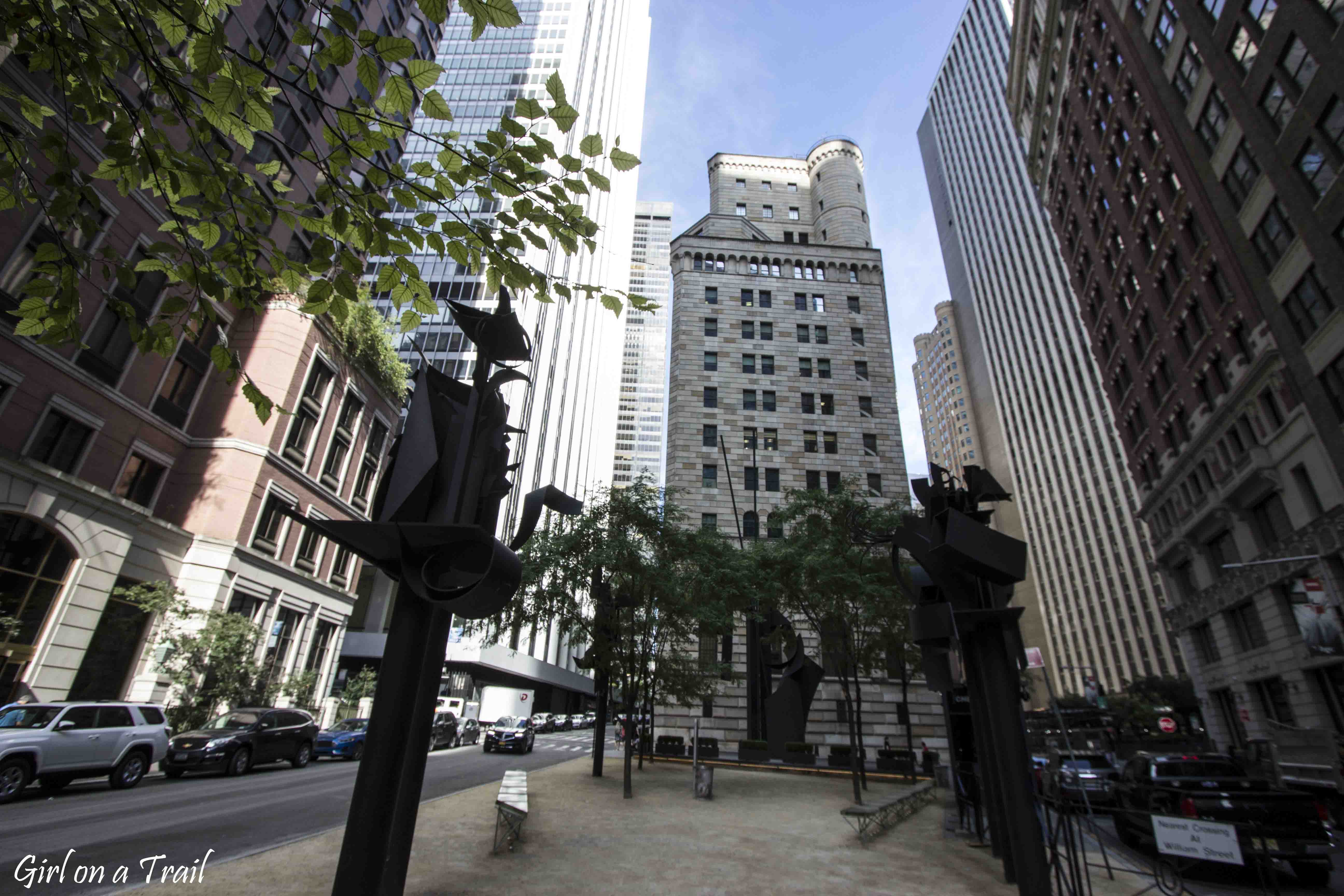 Inside the great library

While being in Bryant Park, it’s worth taking a look of the New York Public Library. It’s said that this is one of the largest public libraries in the world. The interior of the library delights with design and greatness. Many famous films were made here like: Ghostbusters, Breakfast at Tiffany’s or Spiderman. Admission is free of course 😉 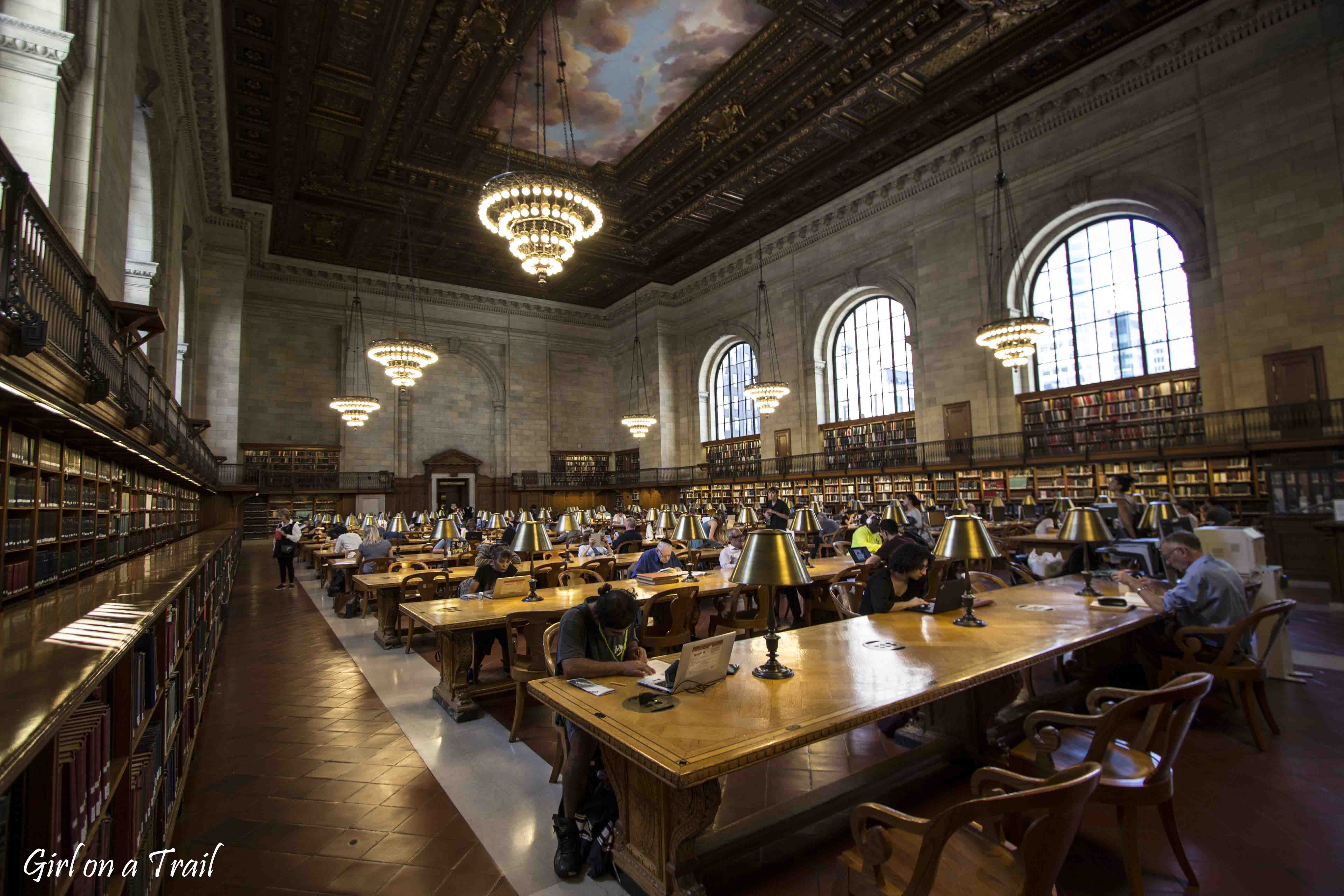 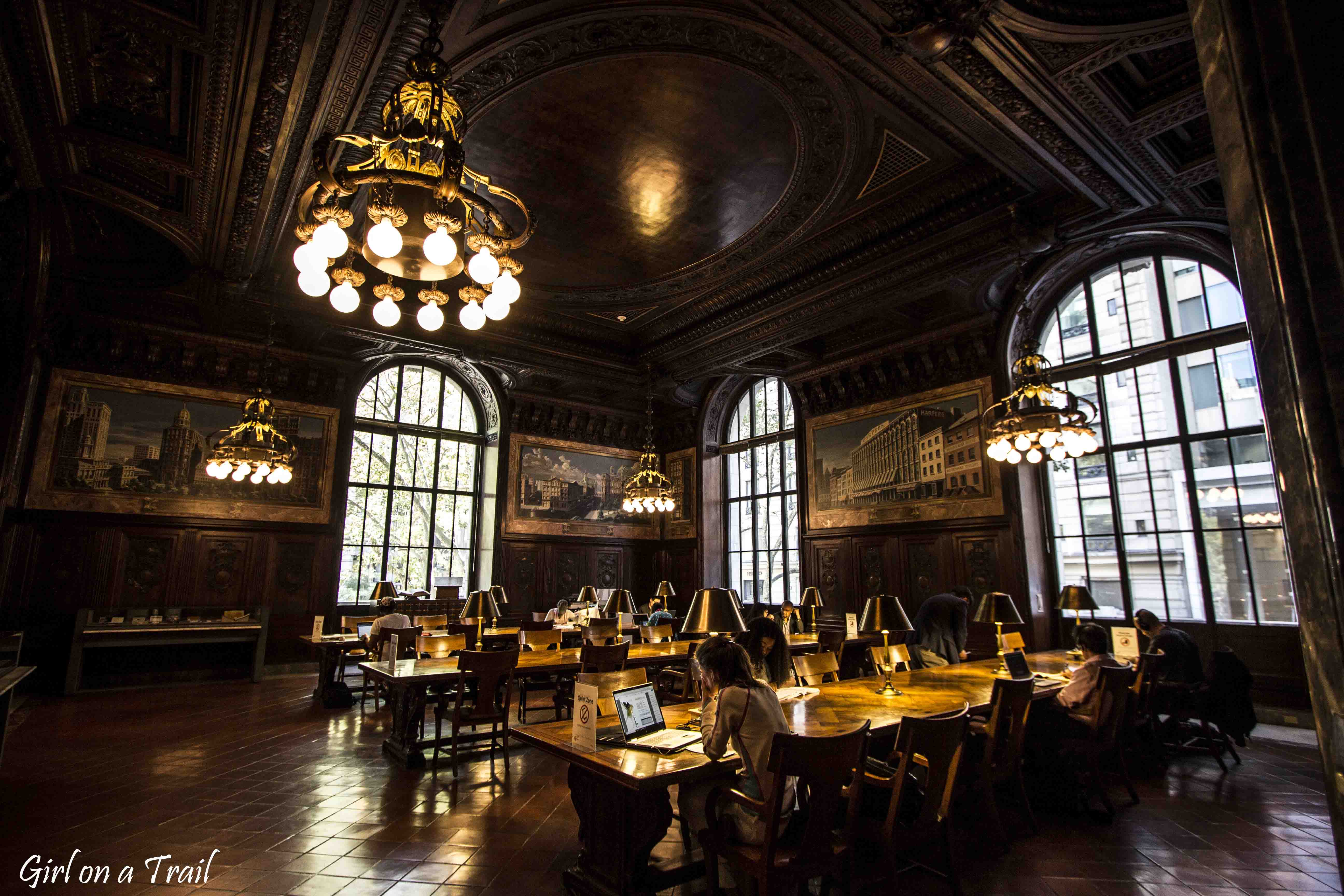 Bookstore under the stars

On the eastern side of Central Park you can visit an interesting bookstore called Albertine, which offers a huge collection of French books. However, the greatest impression is the interior of the bookstore, a room that’s actually one big mirror and especially the ceiling, on the second floor, which looks like the sky with a hundred stars. 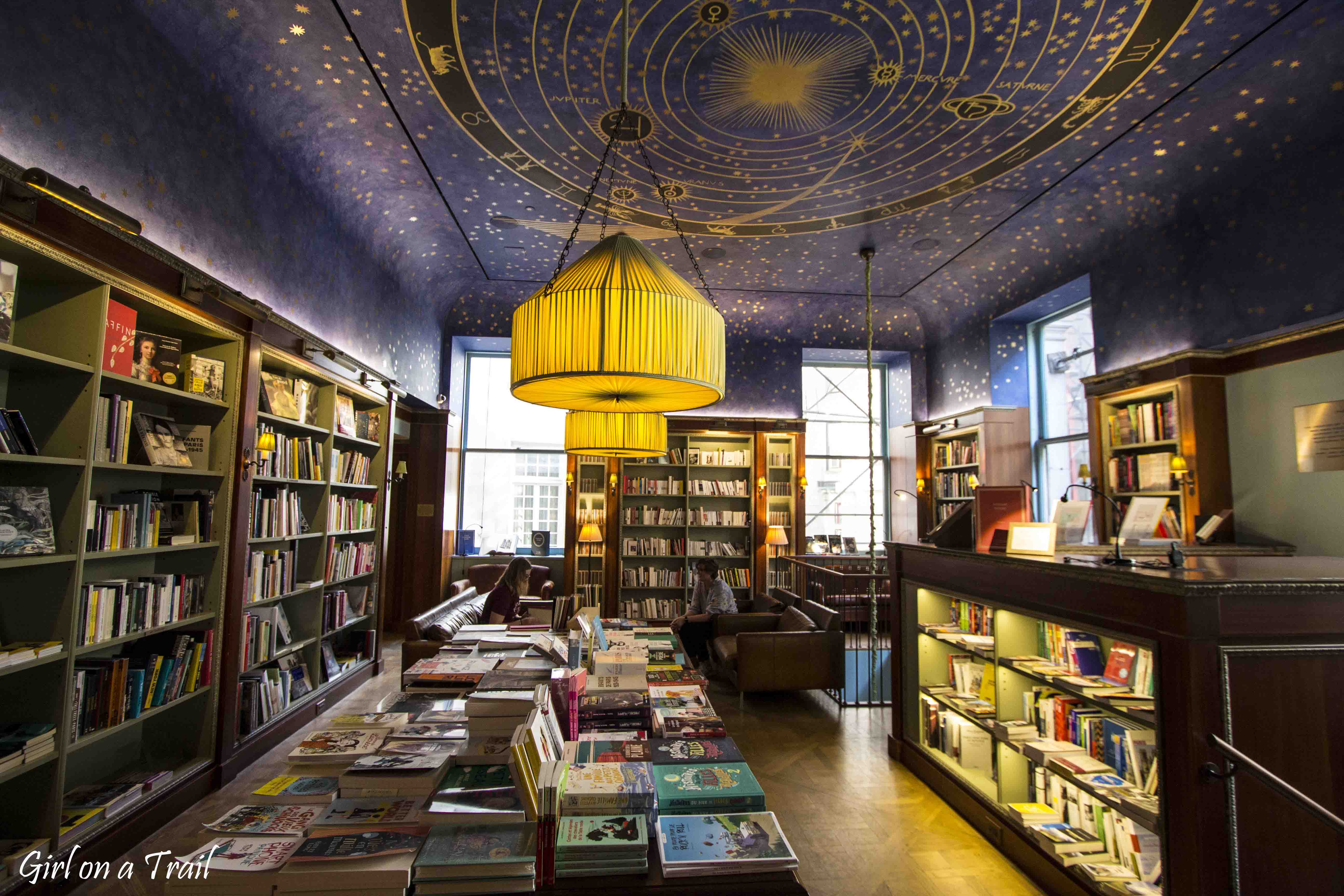 An interesting option, especially for beer connoisseurs, is a trip to Brooklyn Brewery. The admission on weekdays costs 18 $, however, it’s free of charge on Saturdays and Sundays, tours are carried out at every half hour and start from 12 pm and ends at 18 pm. 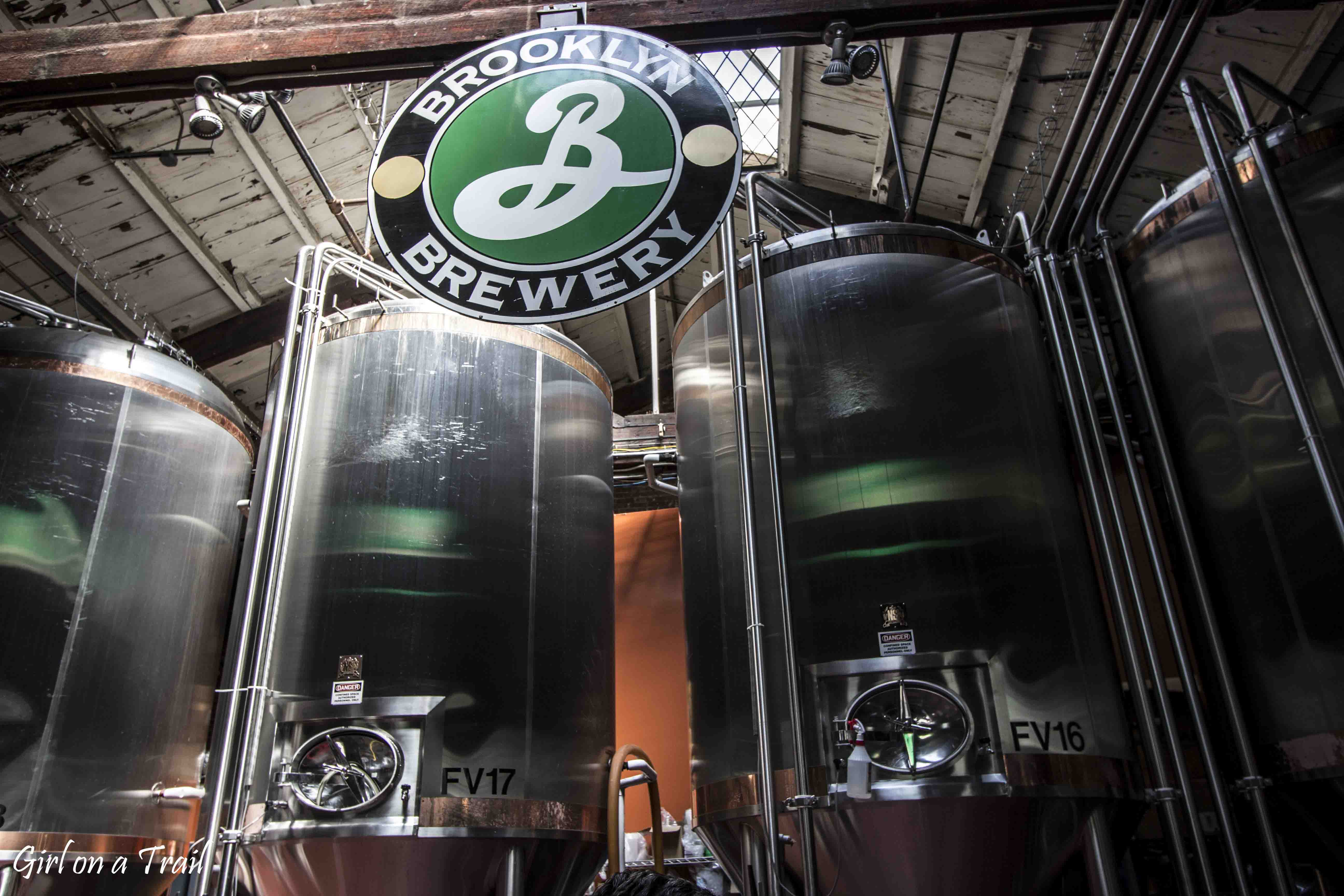 For those who are planning to visit numerous museums in New York, the best deal is New York pass. The card offers access to more than 100 attractions including points of view on towers. Detailed information can be found here. 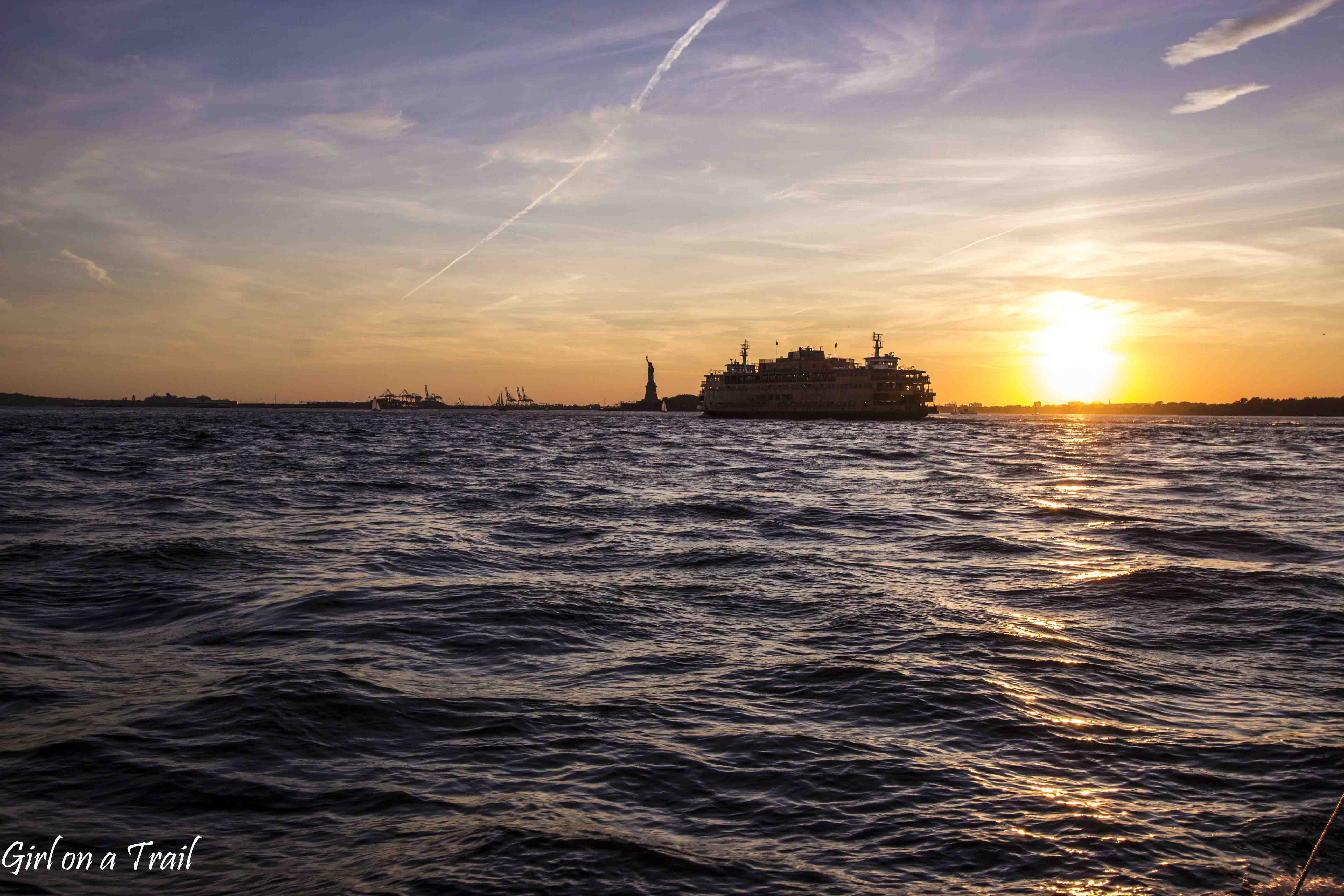