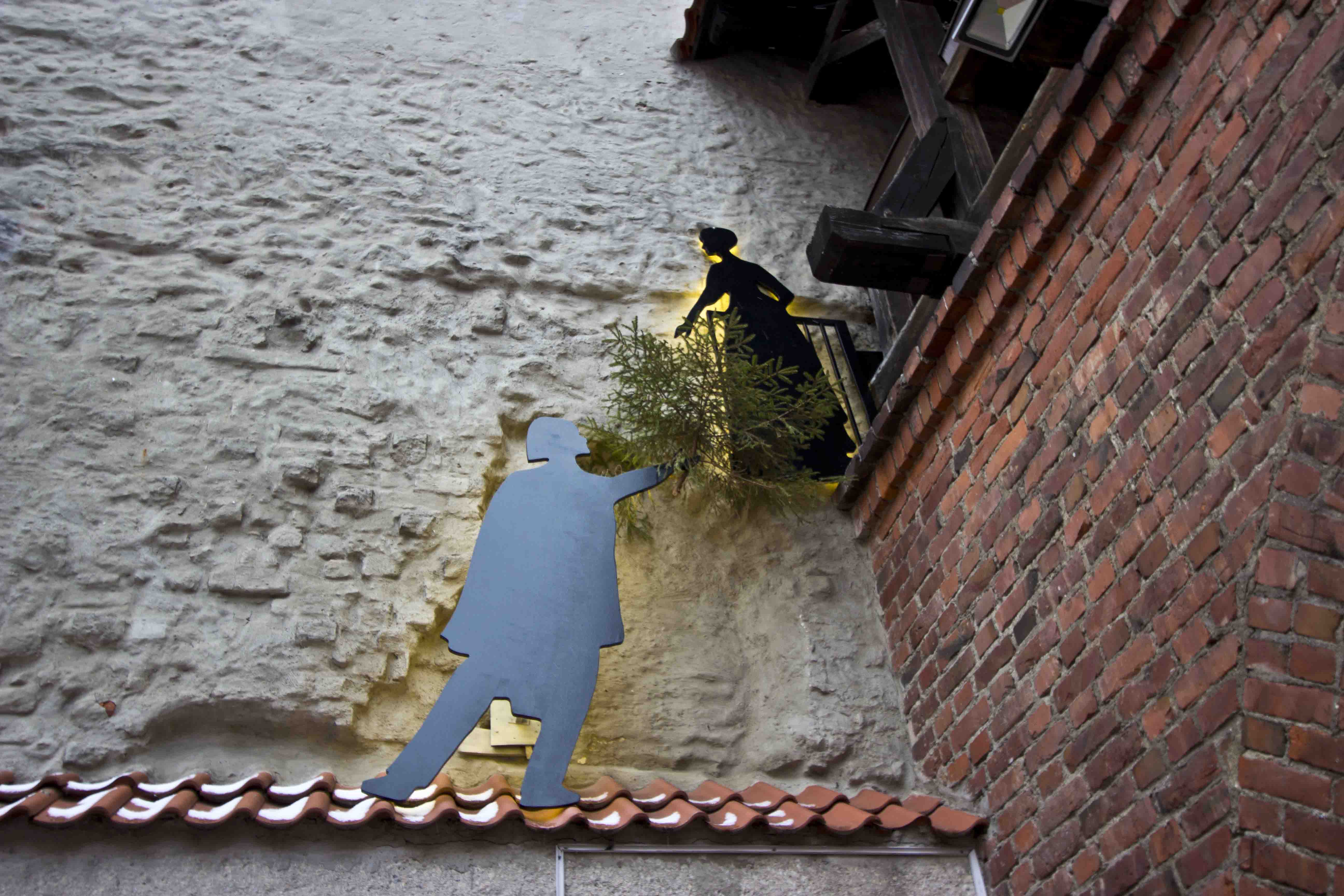 I’m not going to hide the truth that my travel destinations rather than being prepared for a long time, are mostly the effect of spontaneous decisions. What’s more, by a curious coincident, these decisions are usually connected with cheap flight tickets. 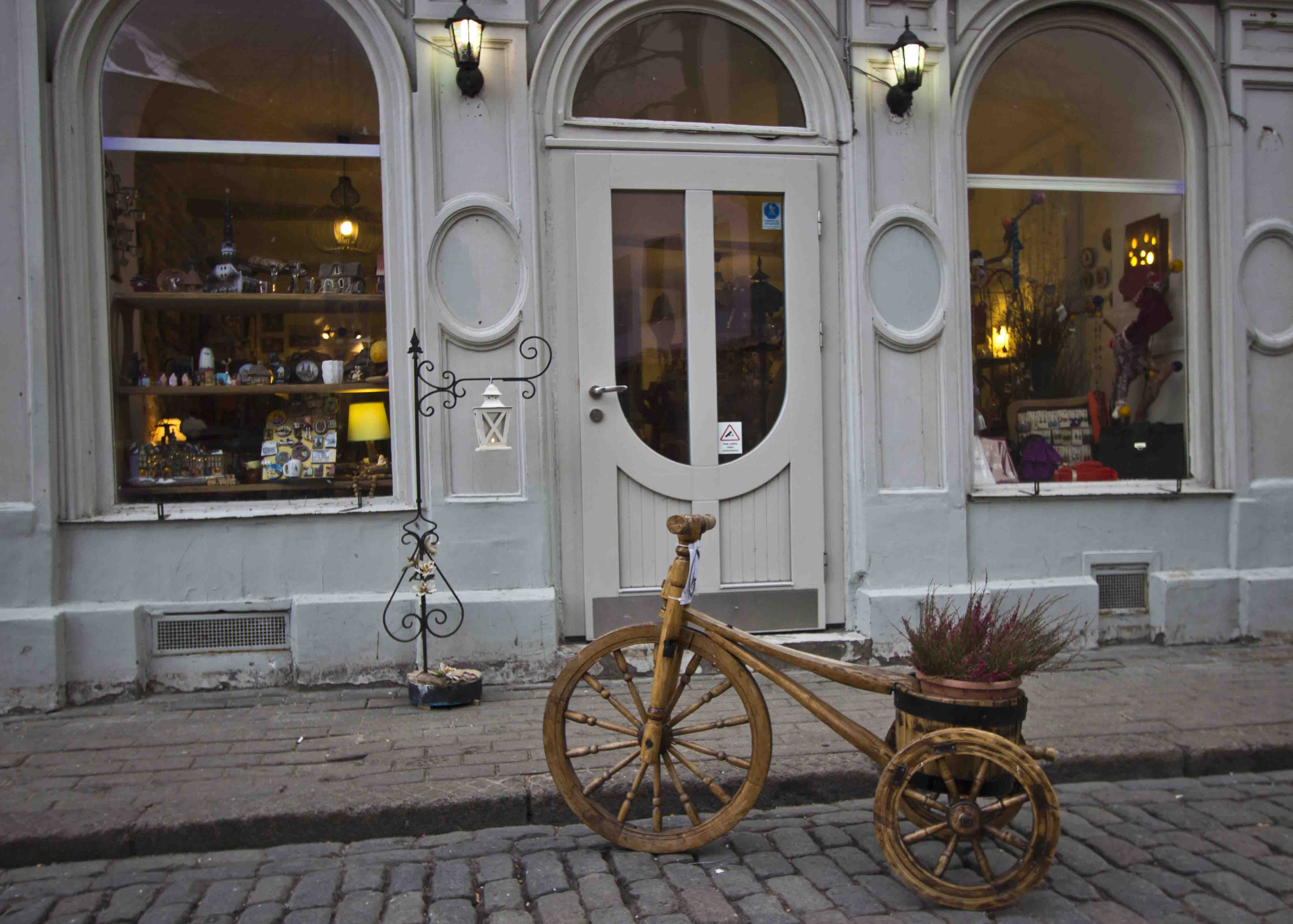 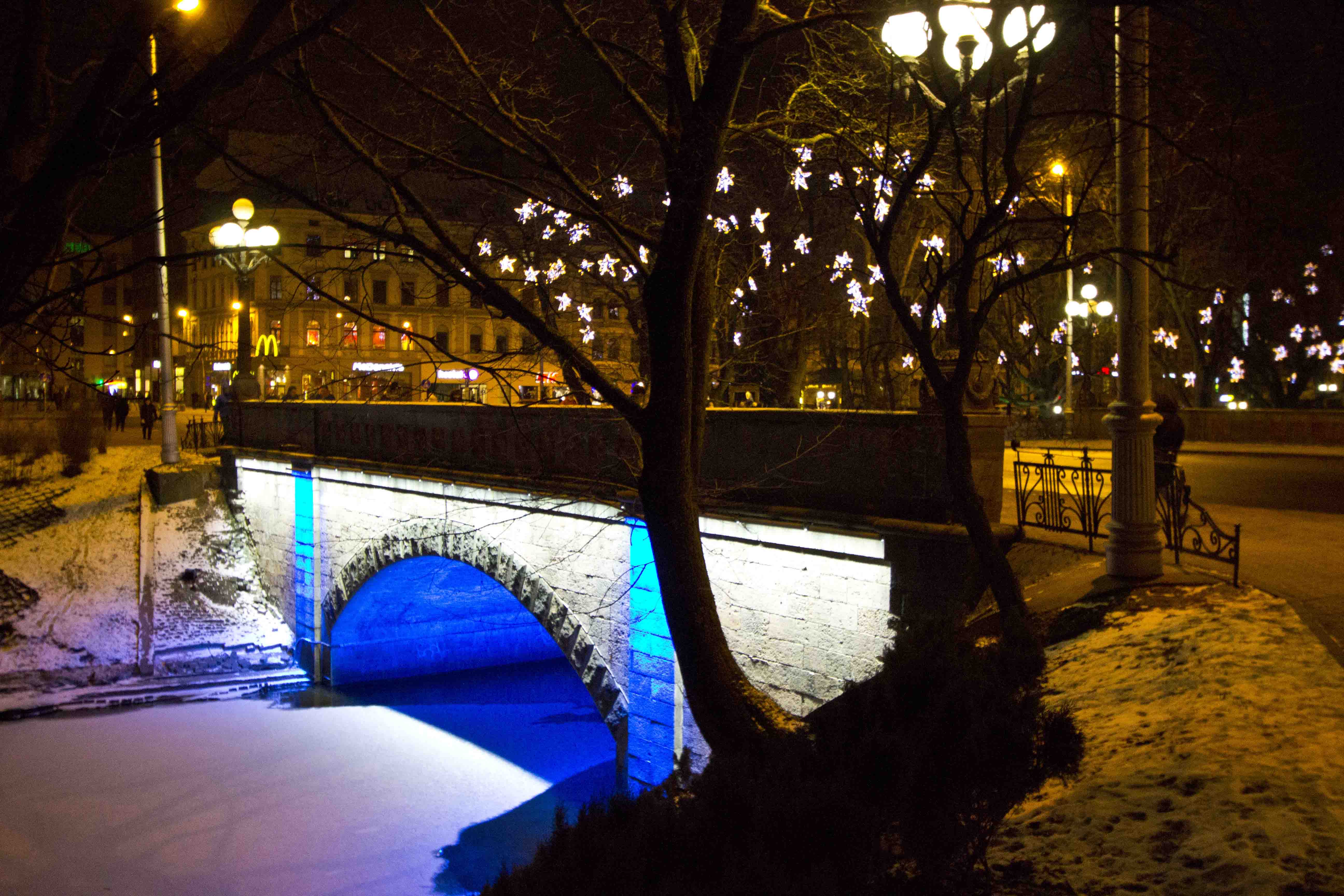 The same was in case of Riga. Obviously I had thought about trip to Latvia previously, visiting this country was a natural course of things after trips to Lithuania and Estonia. However, I hadn’t considered to go there in the middle of winter! 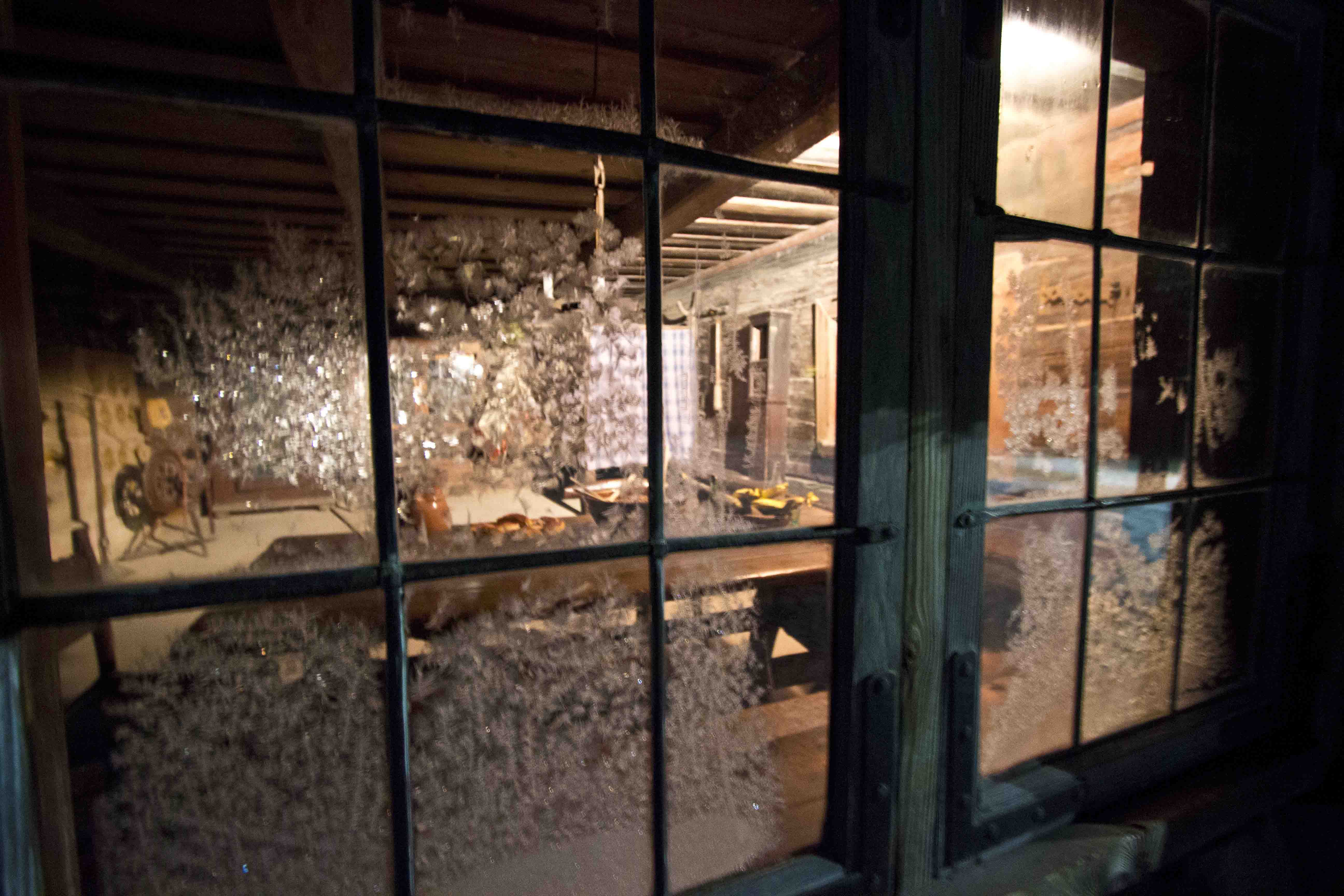 After getting off the plane, I immediately realized why LOT had such a special offer for flights there. It was 31st of December, 11 am and the temperature was around 15 degrees below zero. In a word – an ideal perspective to spend the New Year’s Eve night in the Old Town Square. 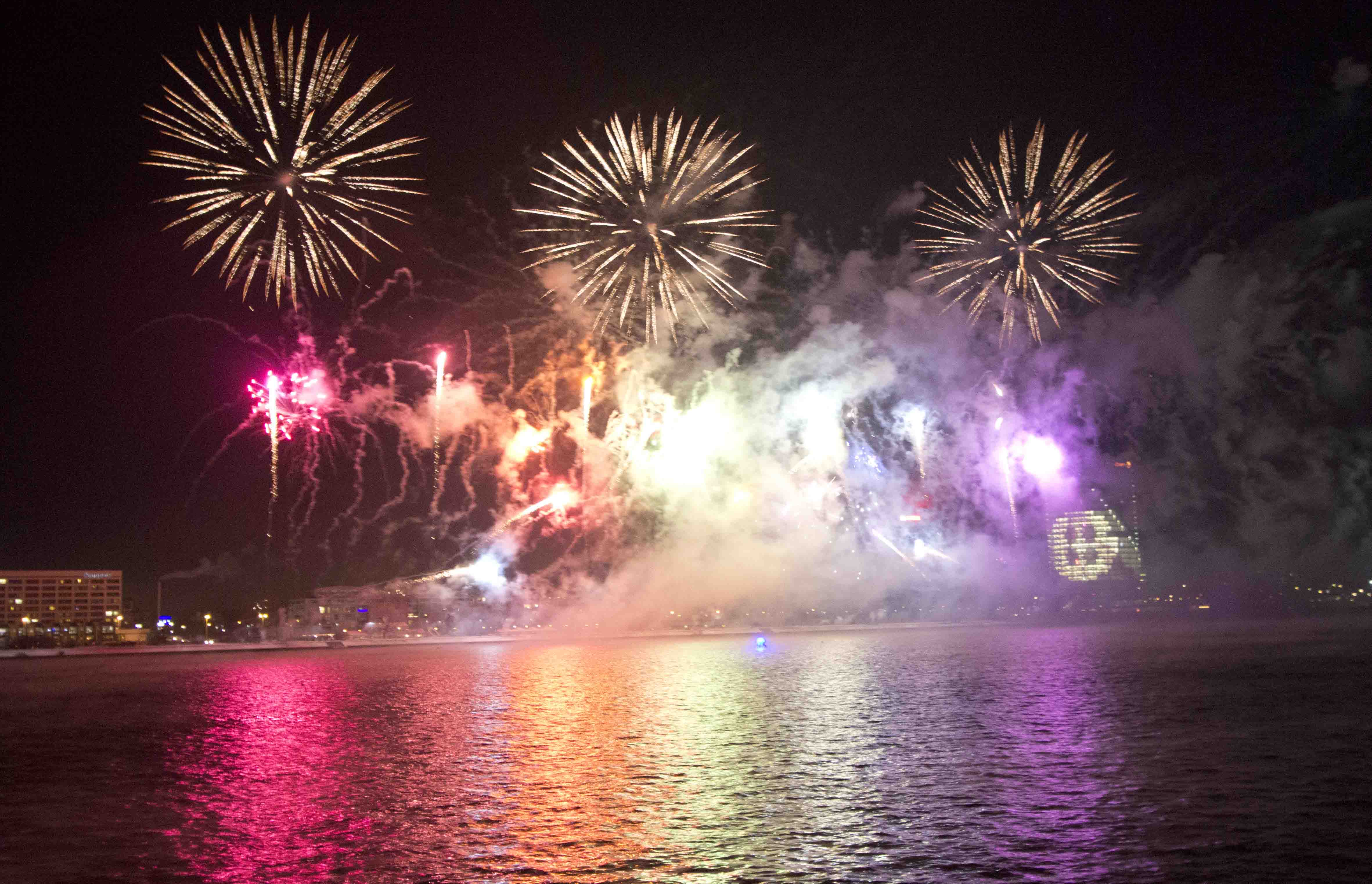 According to my Latvian friend, Latvians have a very good “remedy”, not only for a good party but also for a biting cold. It’s called Riga Balsam – 45% liquor which you can find in 3 flavors: herb, black currant and cranberry. Believe me it really does the trick! 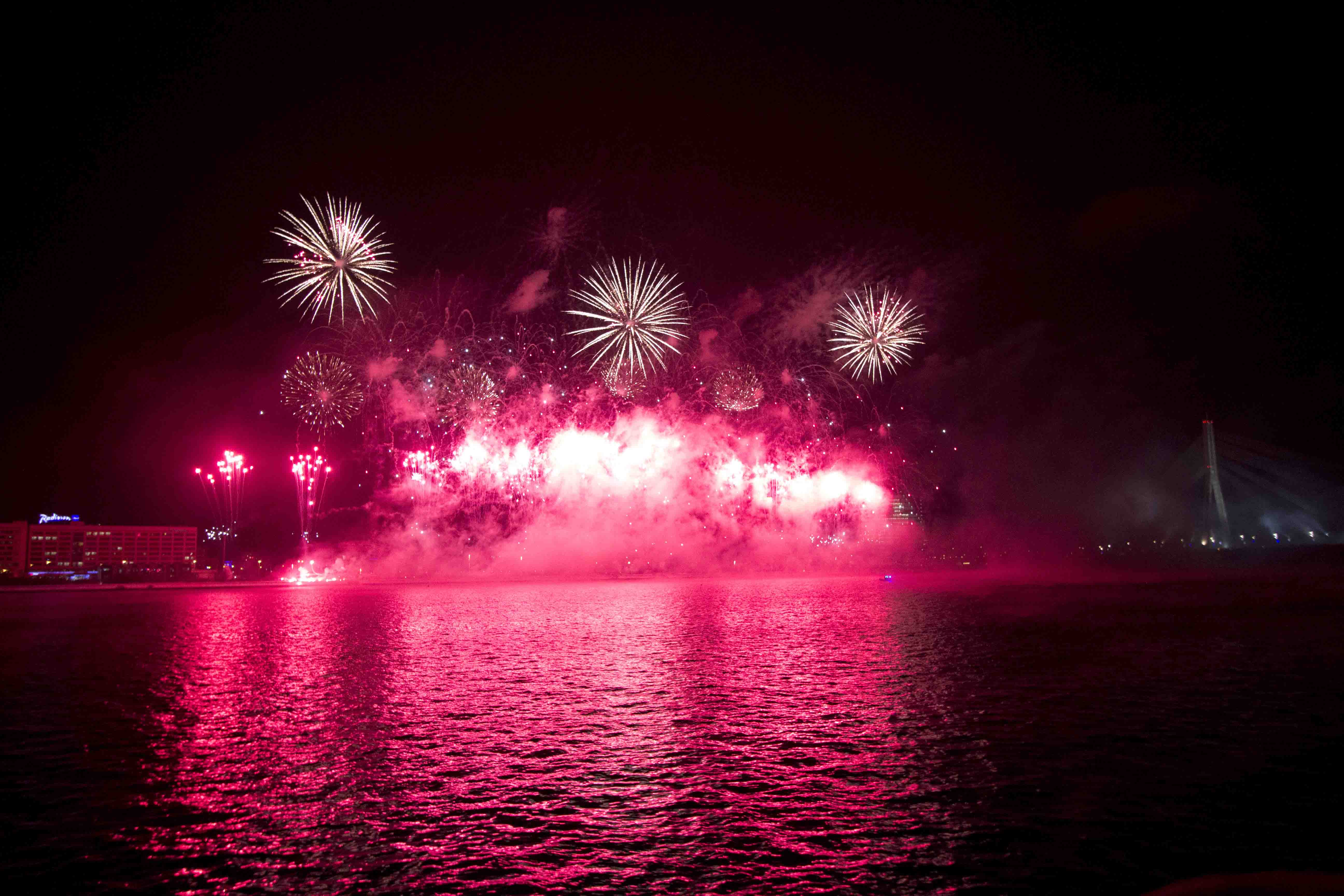 The New Year’s Eve party was organized in front of the famous House of the Blackheads. You must have seen it on numerous photos or postcards, as it’s the most characteristic building in Riga. 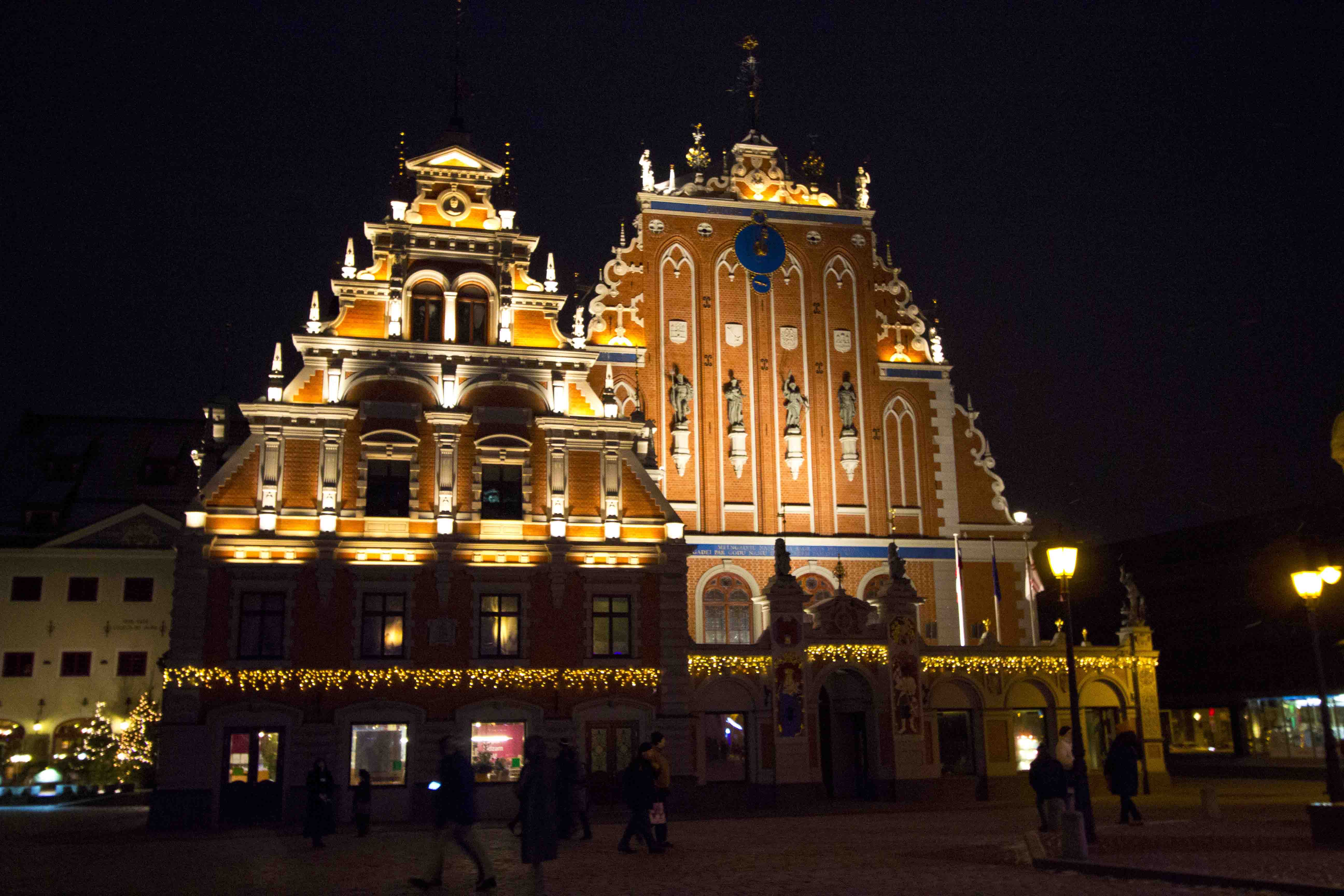 The Blackheads Fraternity was an association of wealthy bachelors, mainly merchants. So you can imagine what was happening inside this building. Reportedly it was the best party spot in the town in 14th century.What’s more guys had a lot of fantasy. The legend has it that in 1510 they brought to the club a pine tree and decorated it with flowers. Unfortunately, at the end of the party they burnt it down. However the tradition spread across the world. 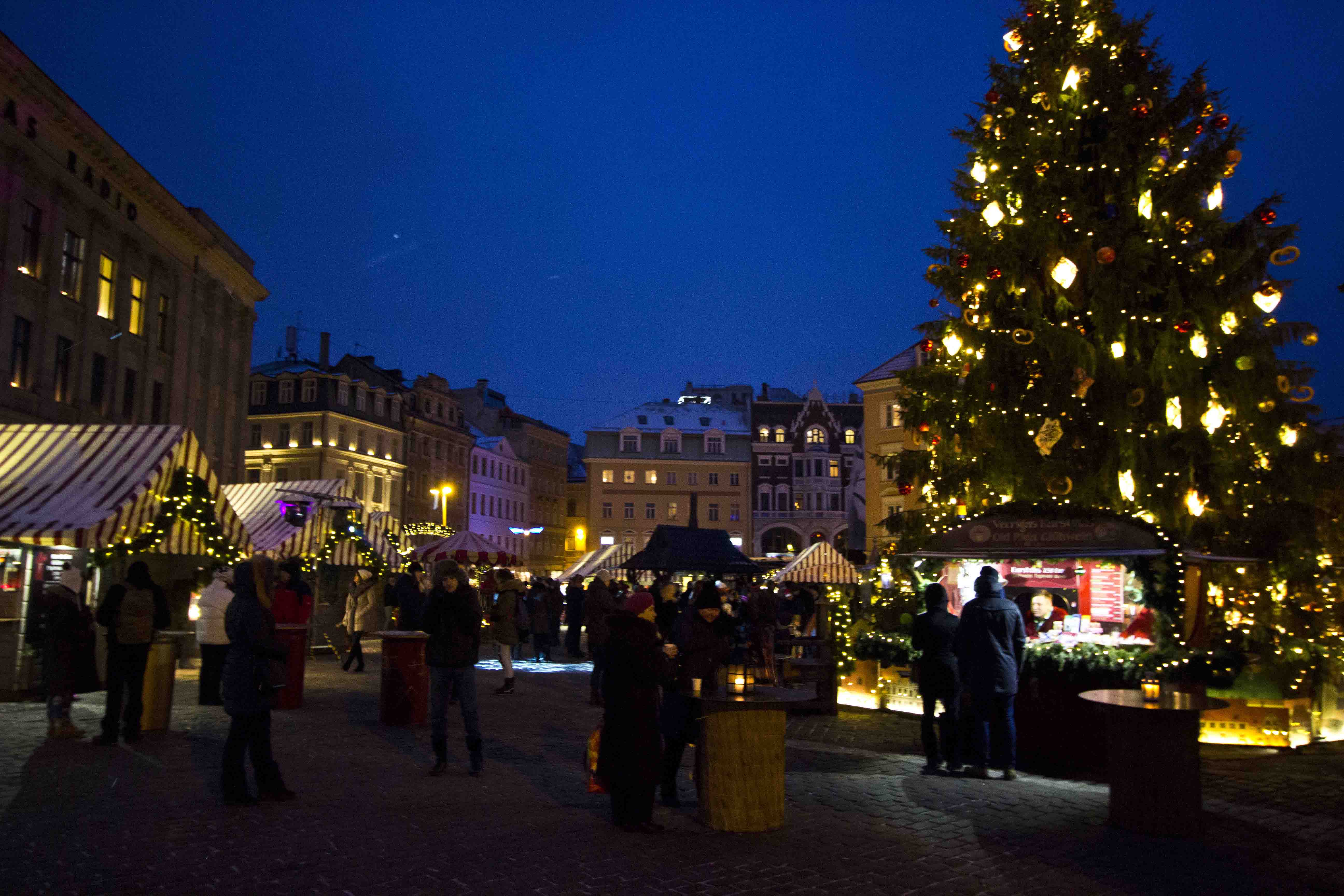 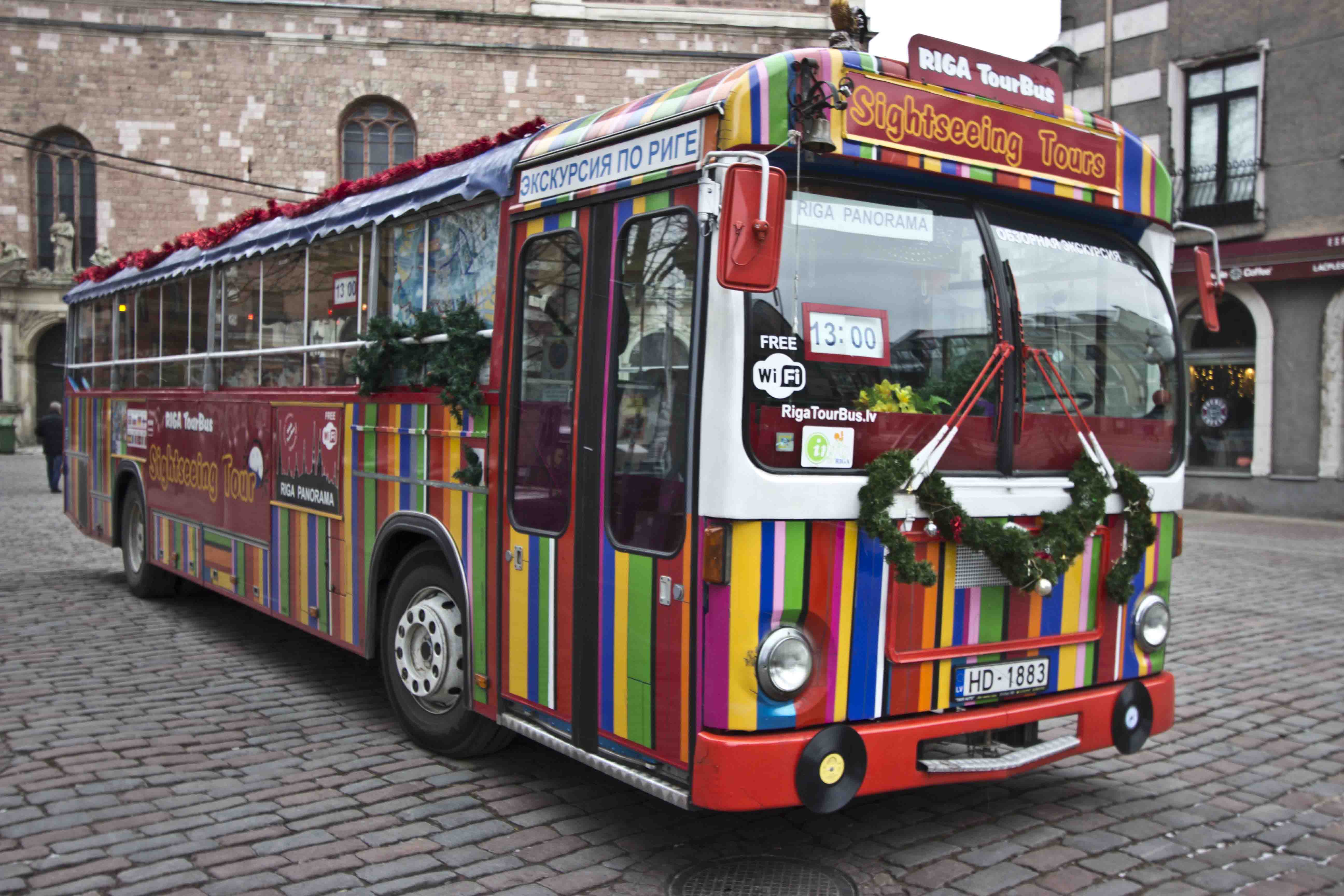 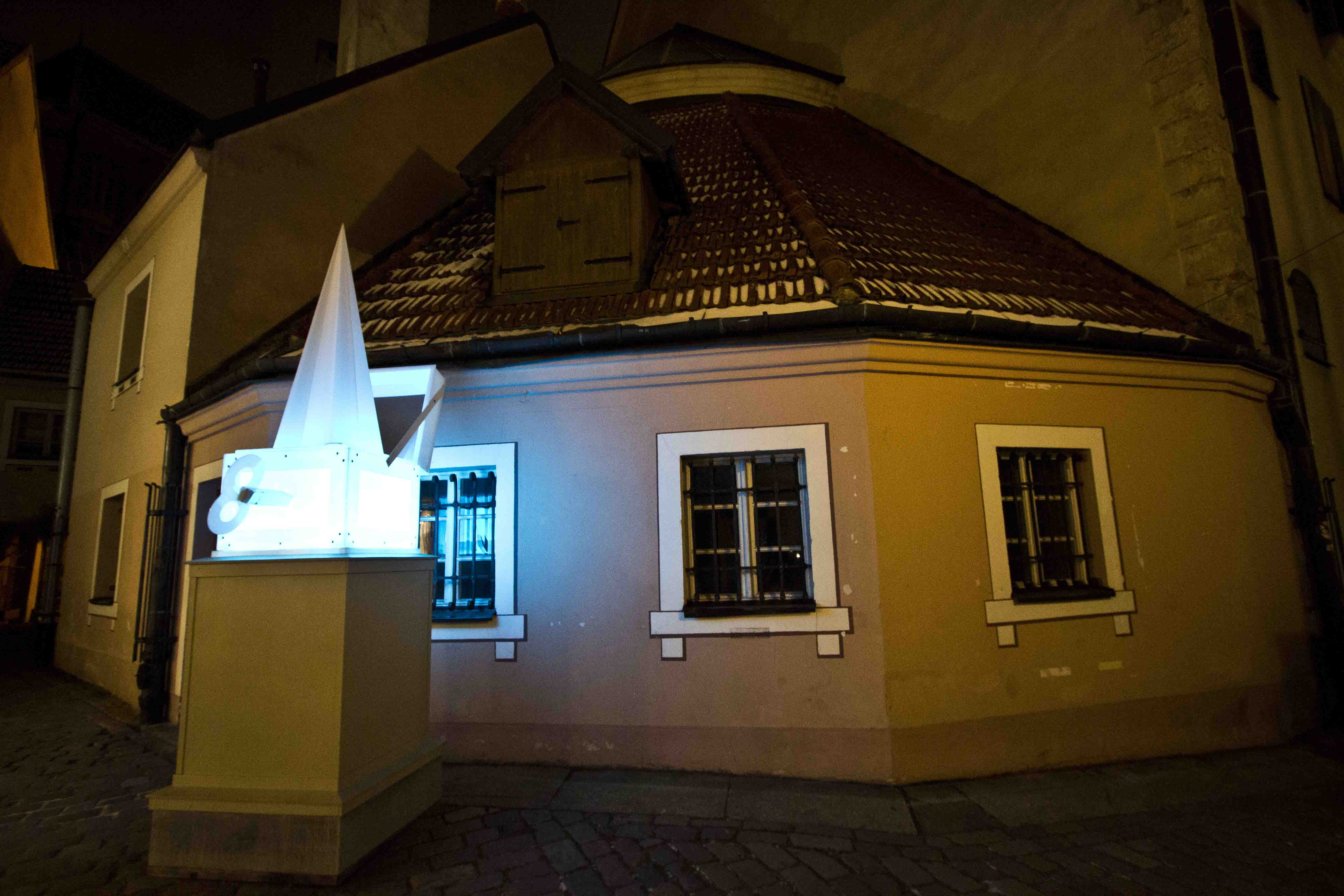 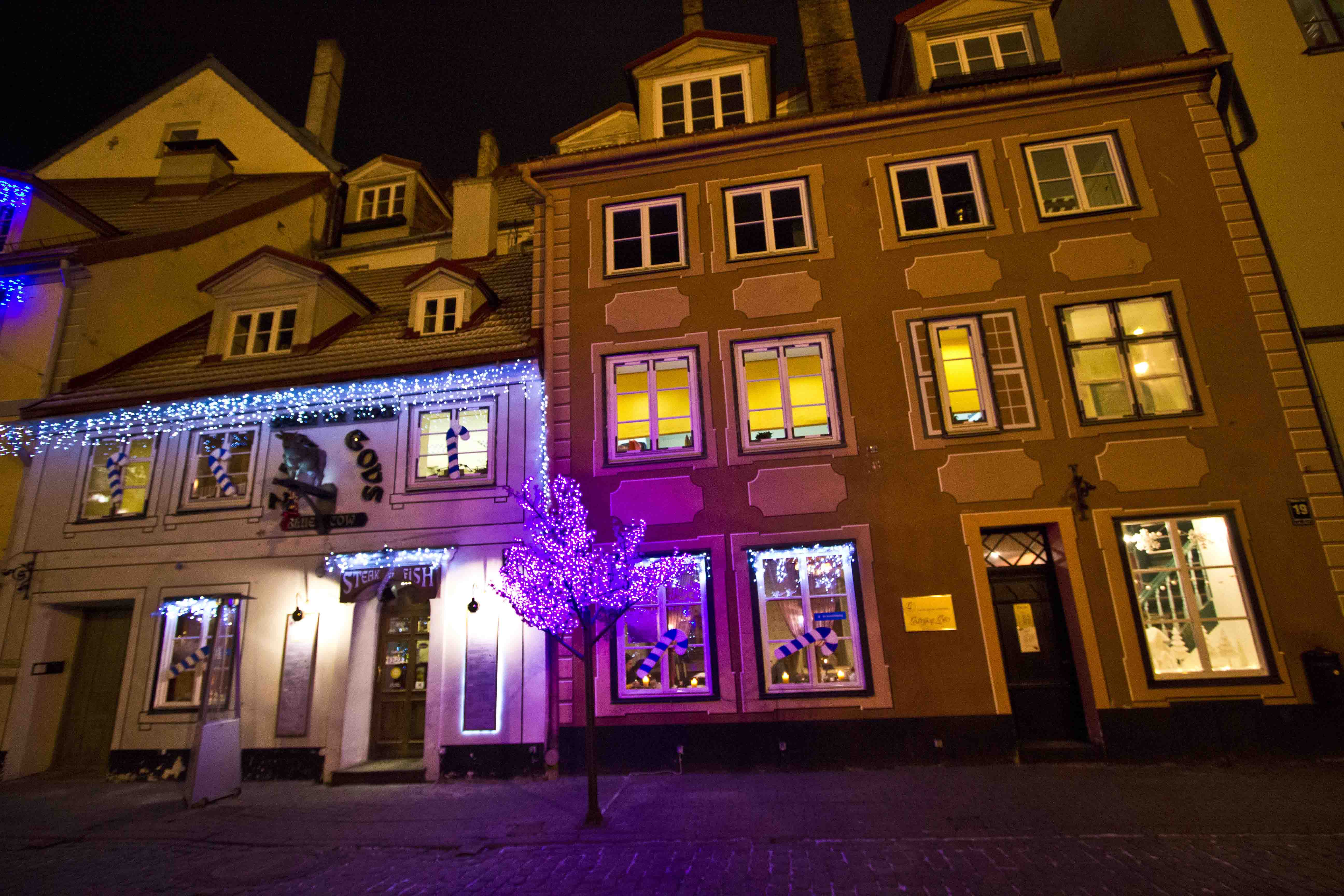 Good places to feel upcoming festival are numerous Christmas markets where you can buy local products starting from local handcraft and ending with local honey or gingerbread. Some stalls offer hot snacks and aromatic and warming drinks. 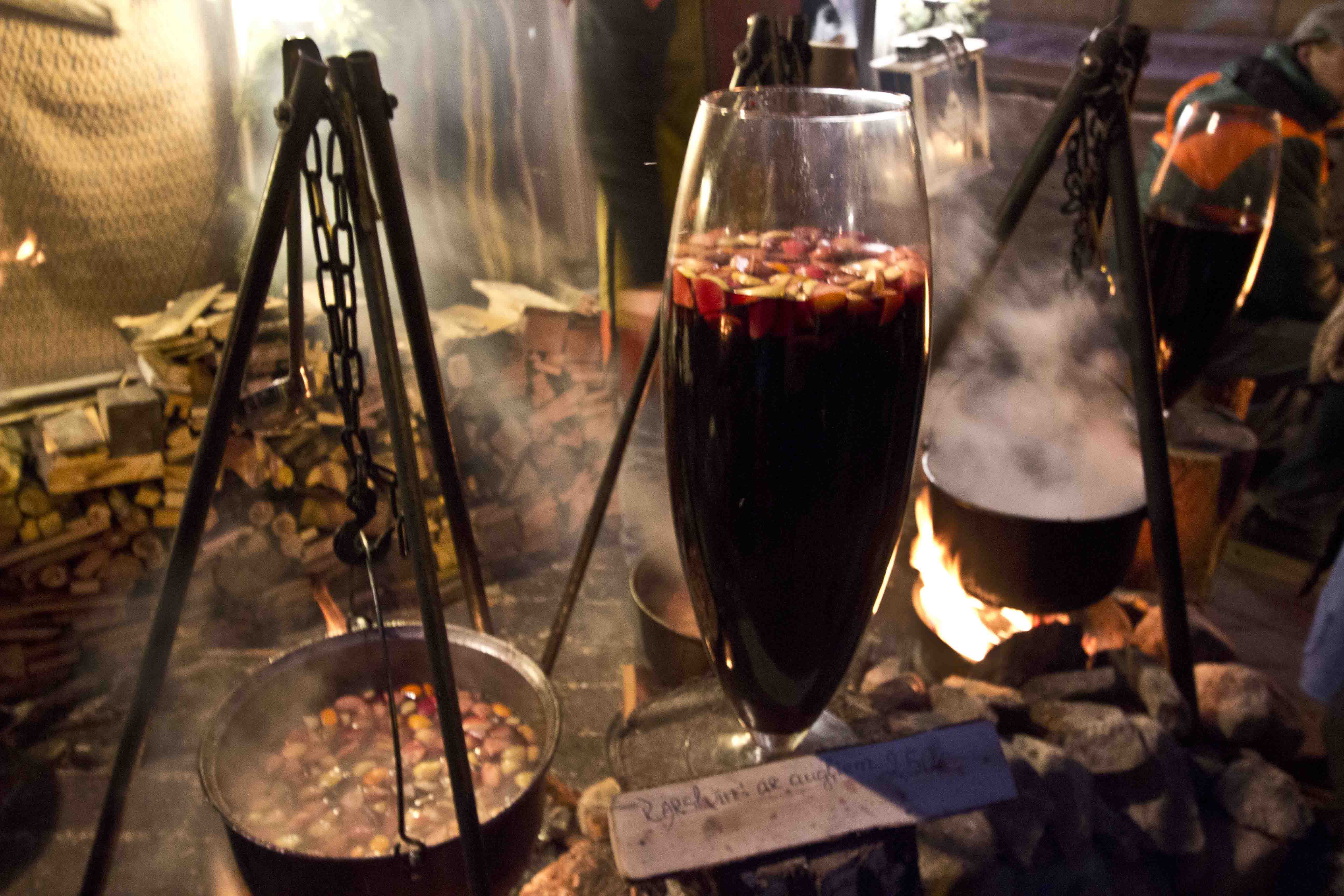 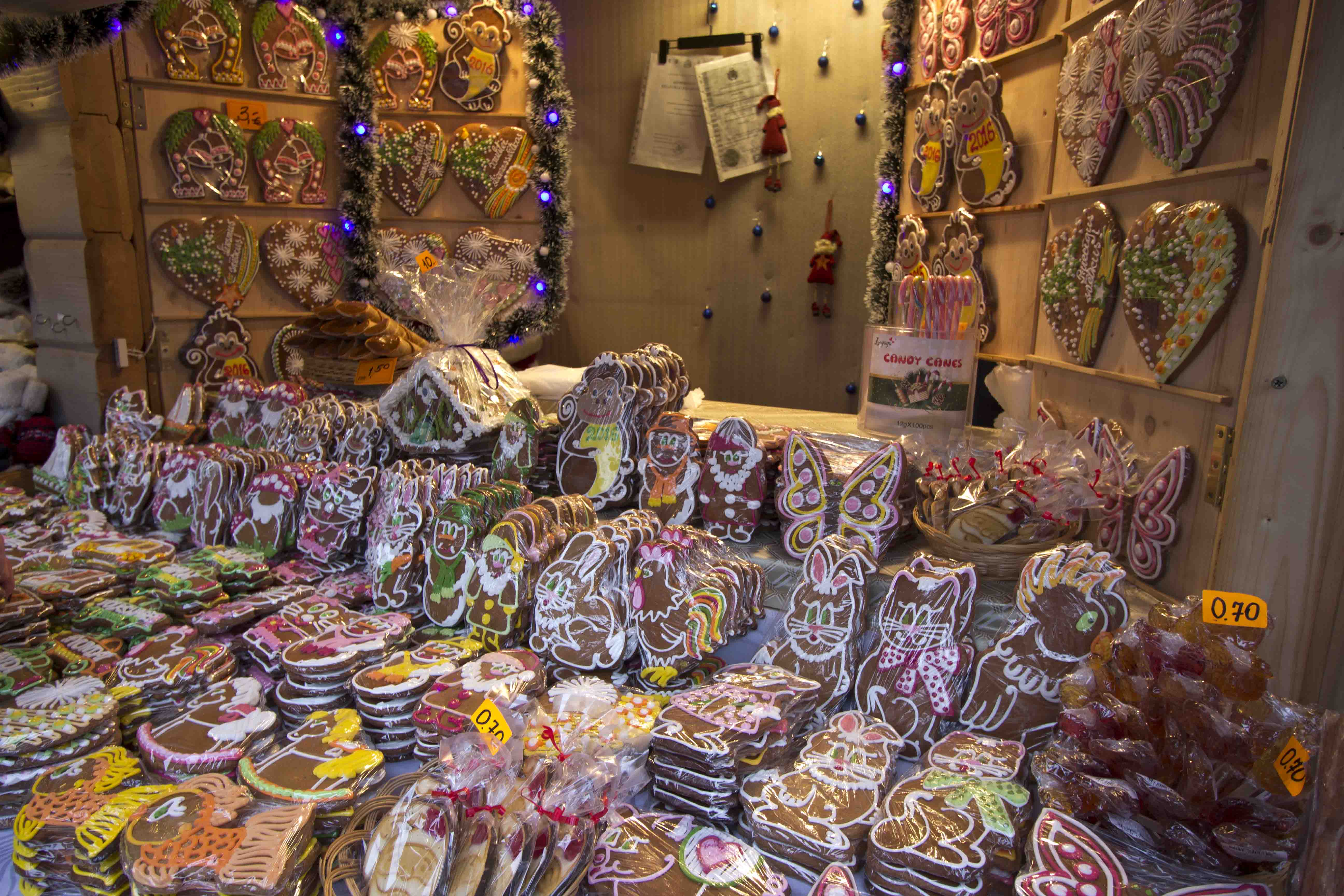 Different atmosphere you can feel at the Central Market (Centrāltirgus). In my opinion, it’s an obligatory point on Riga’s map, not only in view of its local character but also its location. 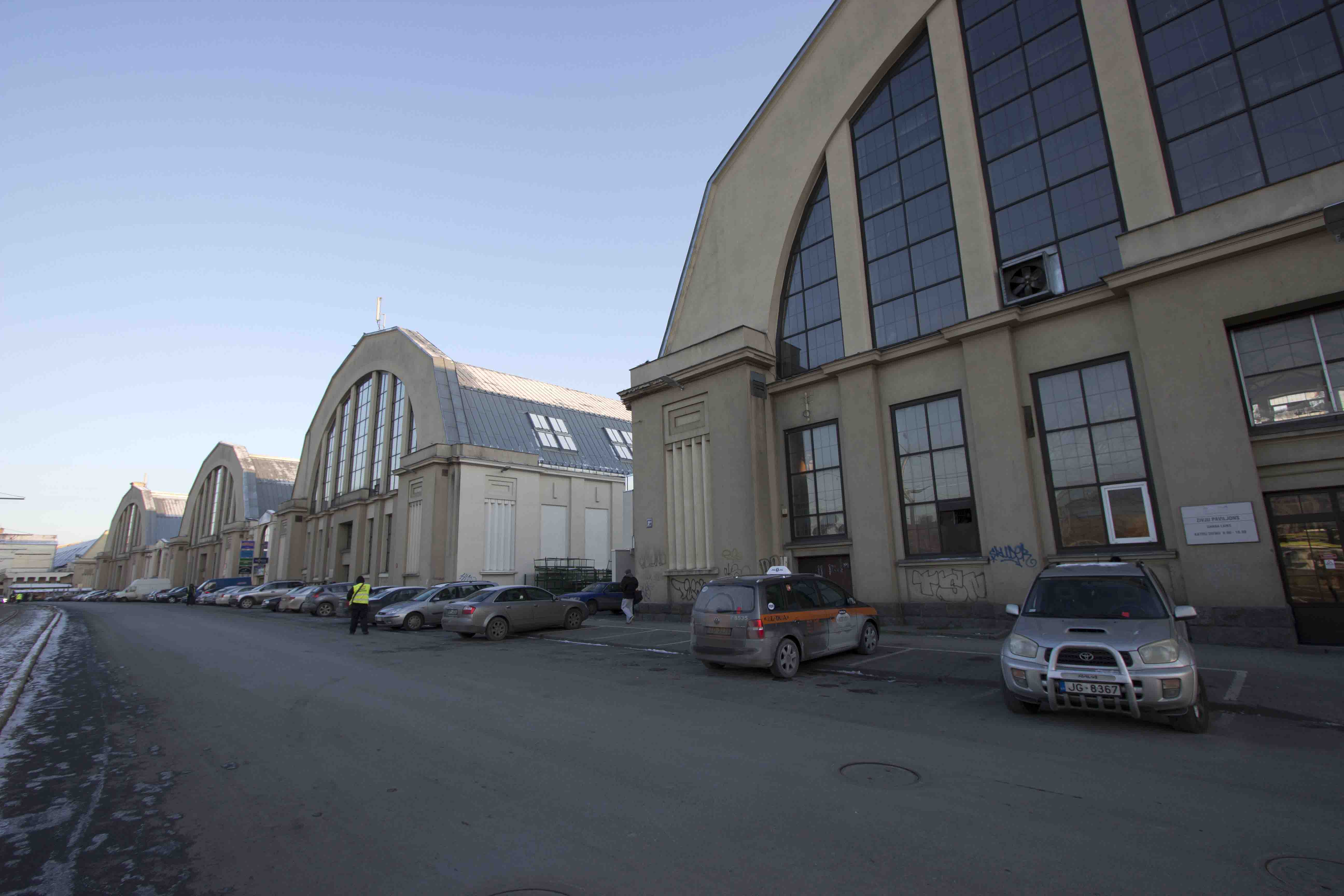 The market is located in 5 enormous halls which were previously used as hangars for zeppelins. According to Lonely Planet guide, the total retail space amounts to 57 000 m2 and you can find there 1250 stalls! 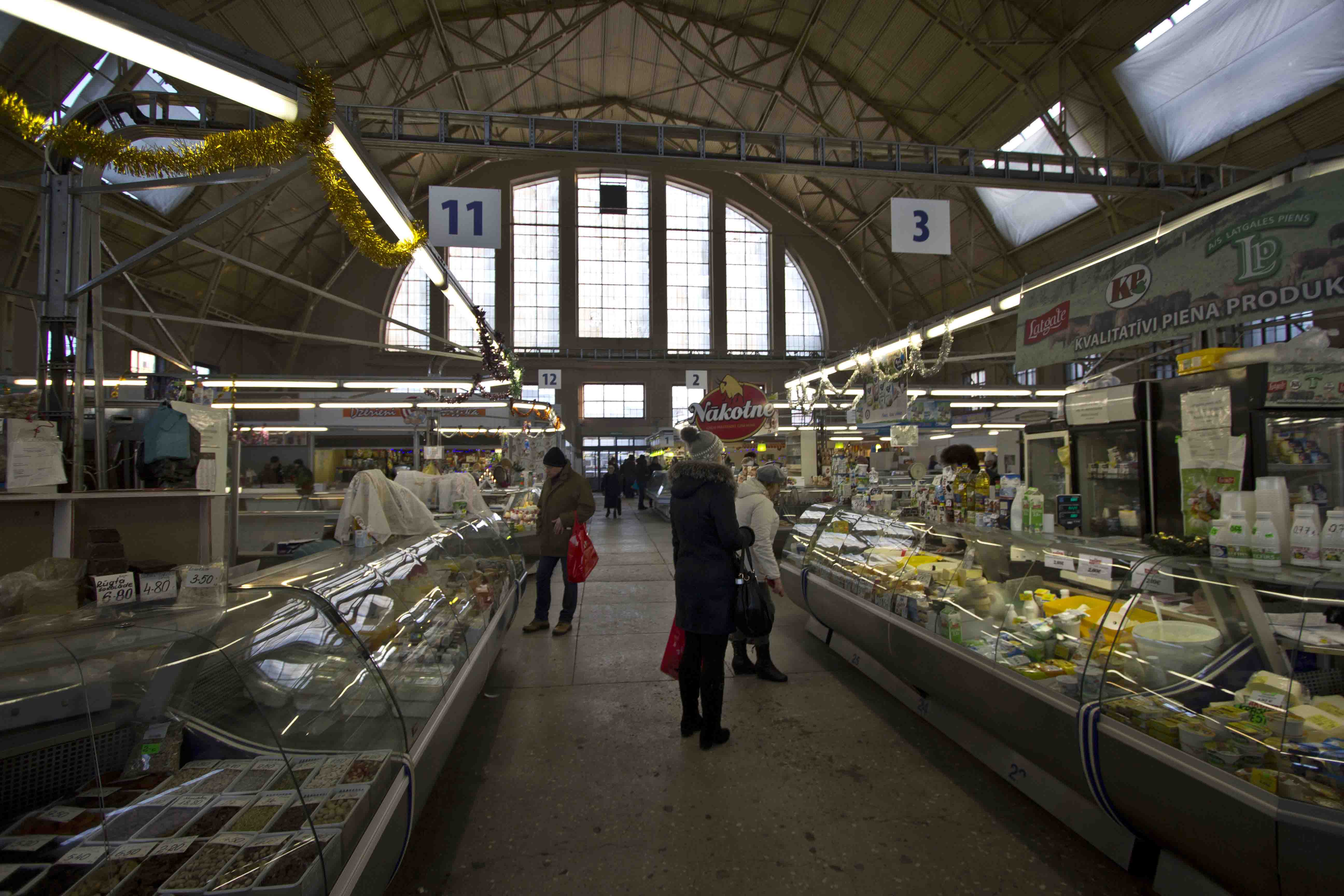 Halls are connected with corridors and divided thematically into sections where you can find fruit and vegetables, dairy, meat, fish and other groceries. In my opinion the most interesting is the special local atmosphere of this place. 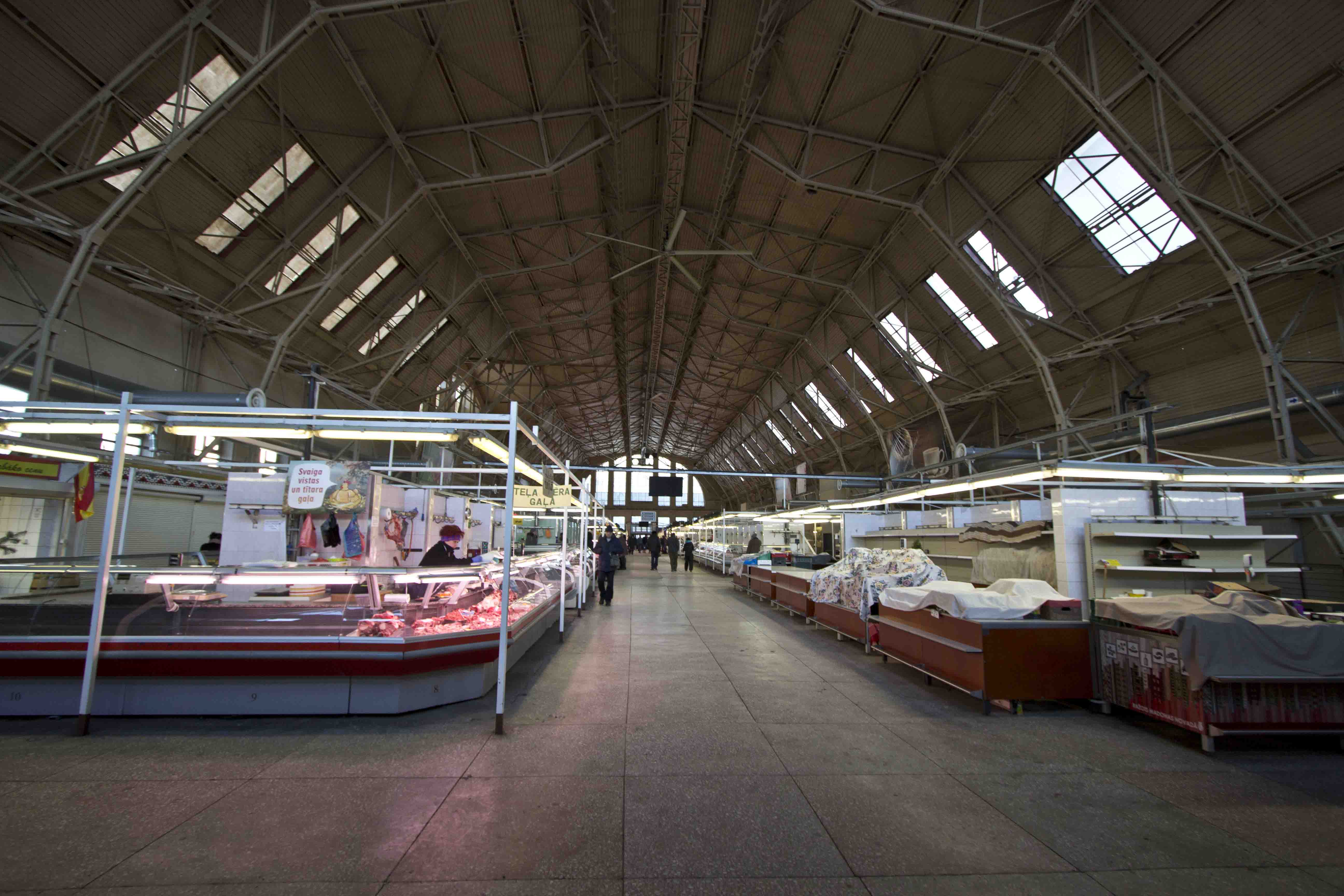 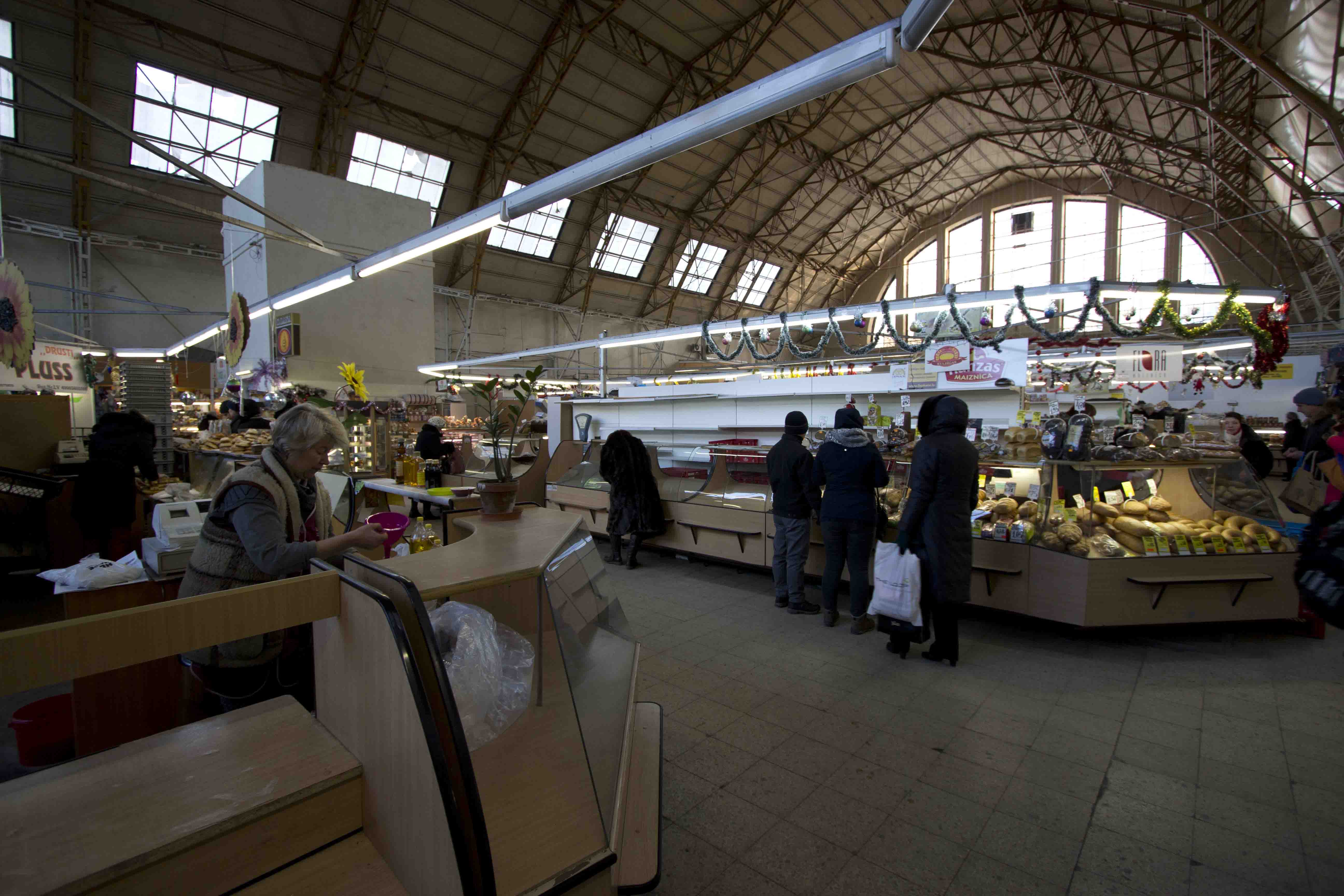 Close to the Central Market, you can see an architectonic pearl straight from communistic period. 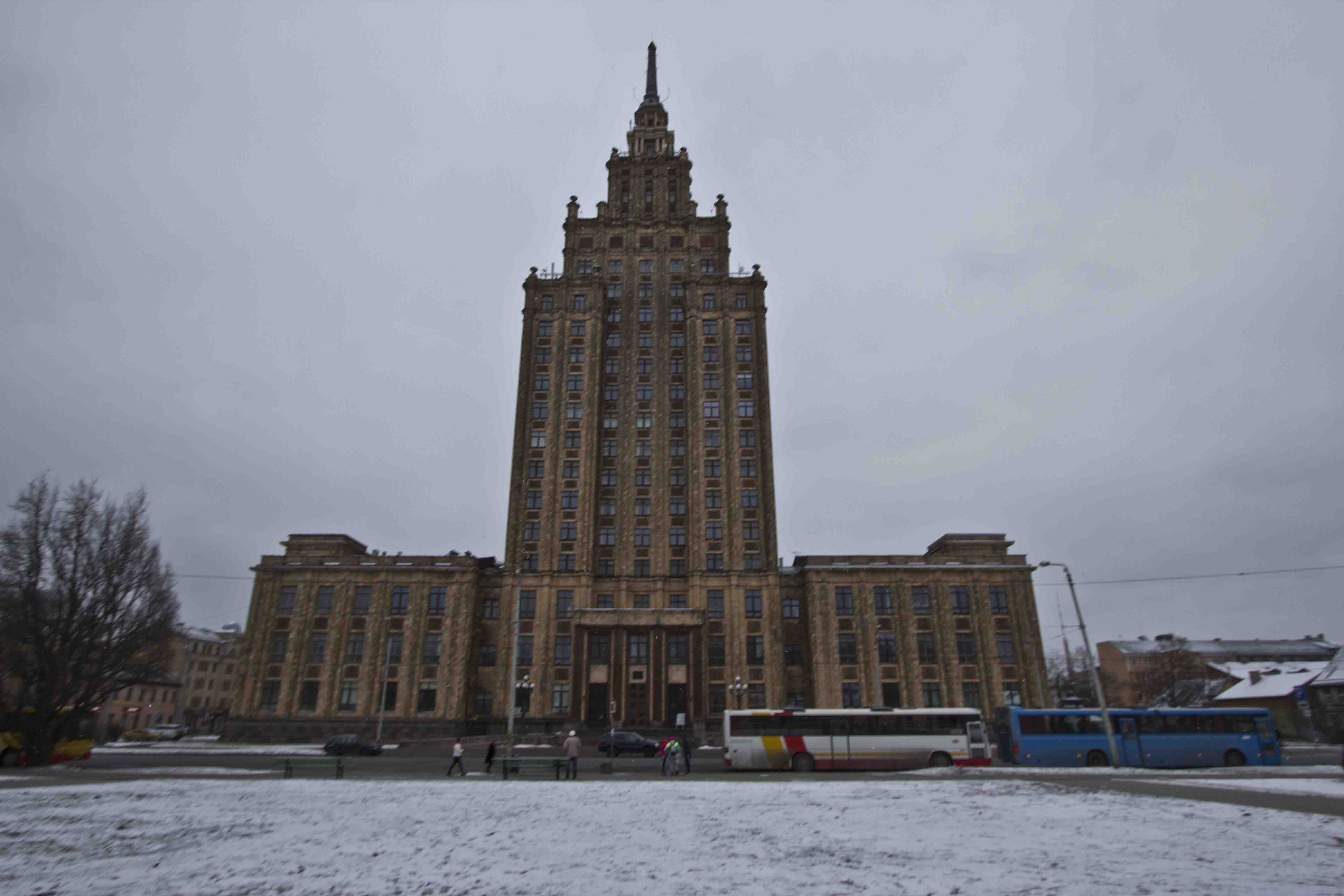 There’re also two great places to warm up during winter – Aspara Teahouses (located at Tērbatas 2G and Kr. Barona 2a streets). Both buildings are made of wood and have very cosy atmosphere inside. 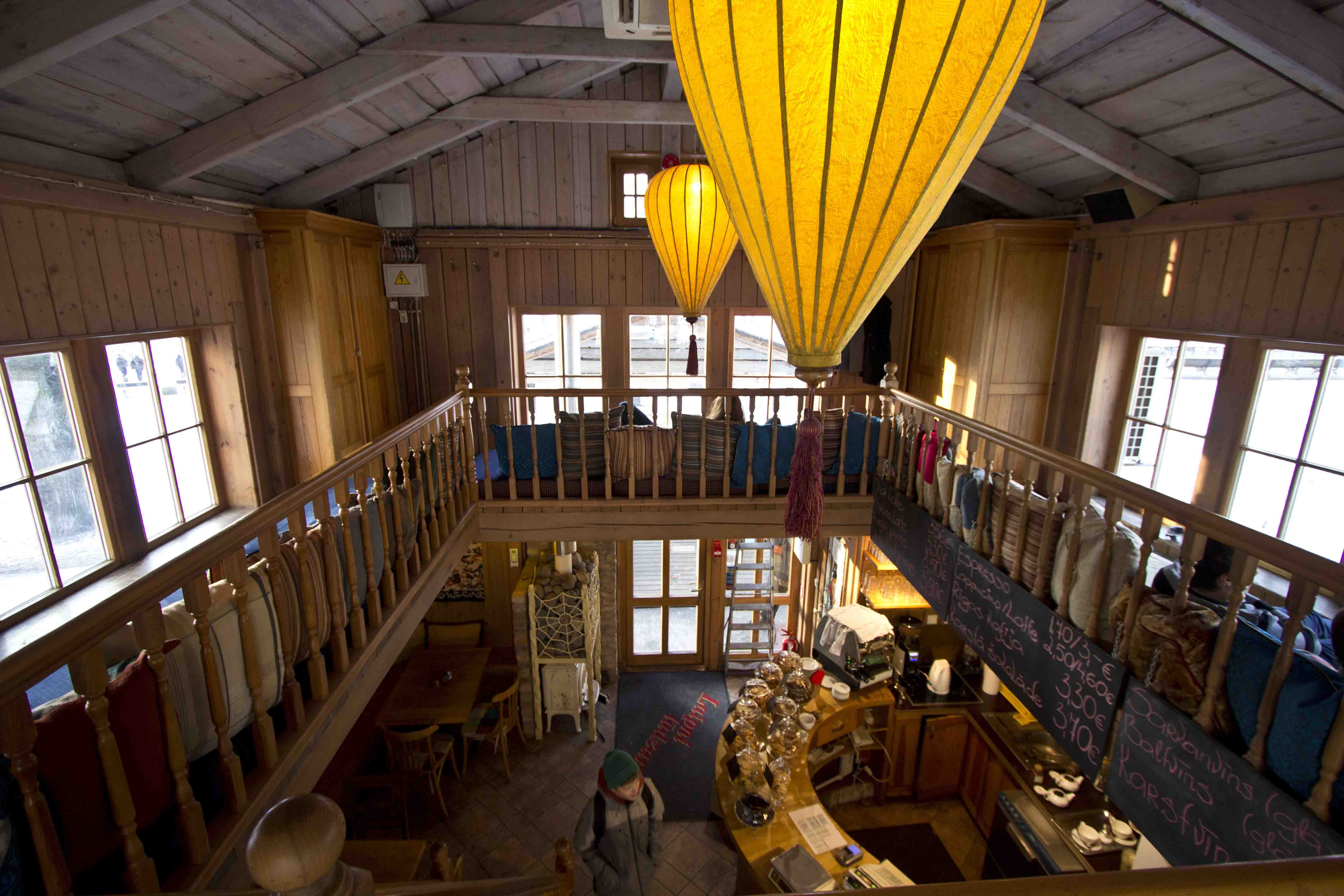 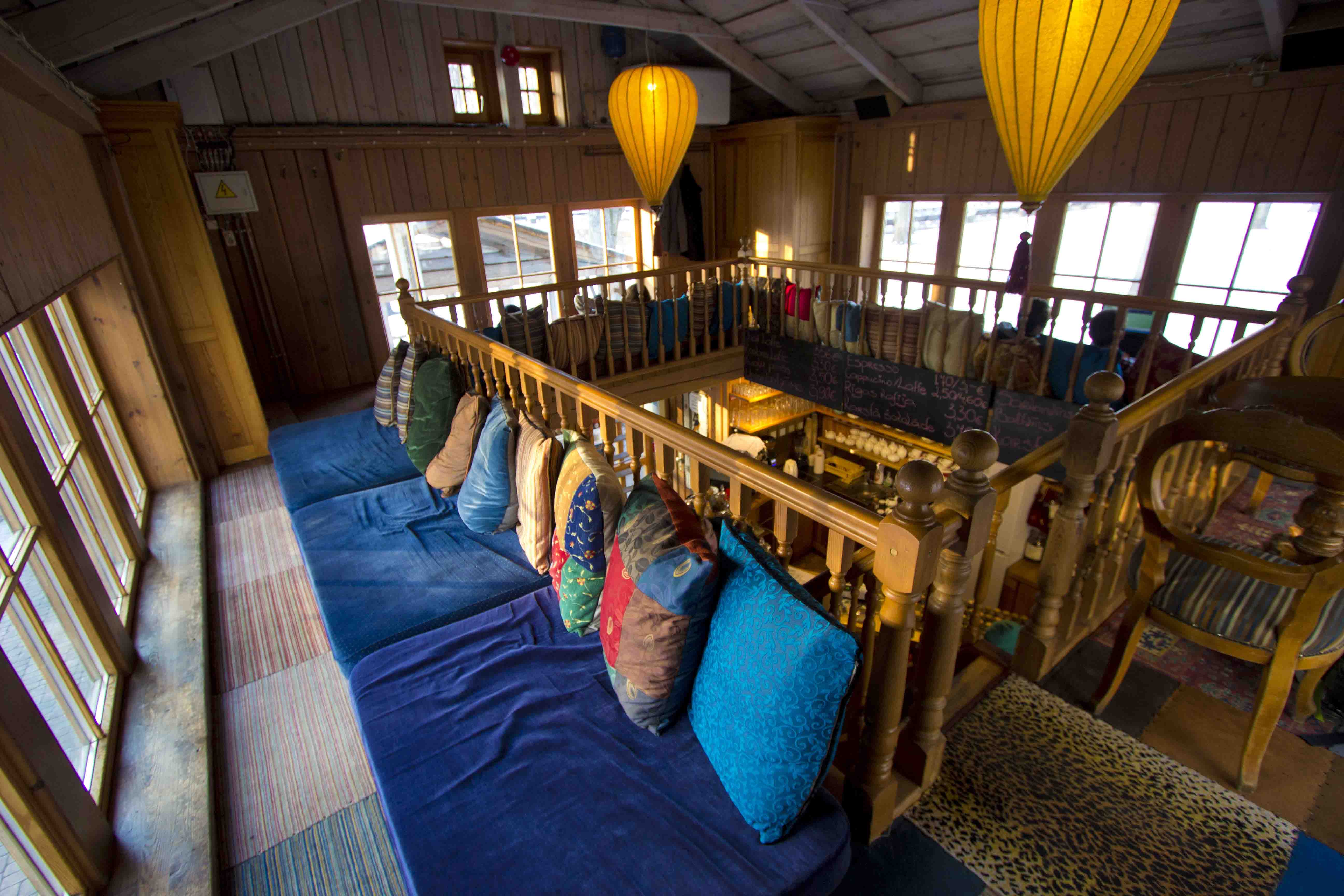 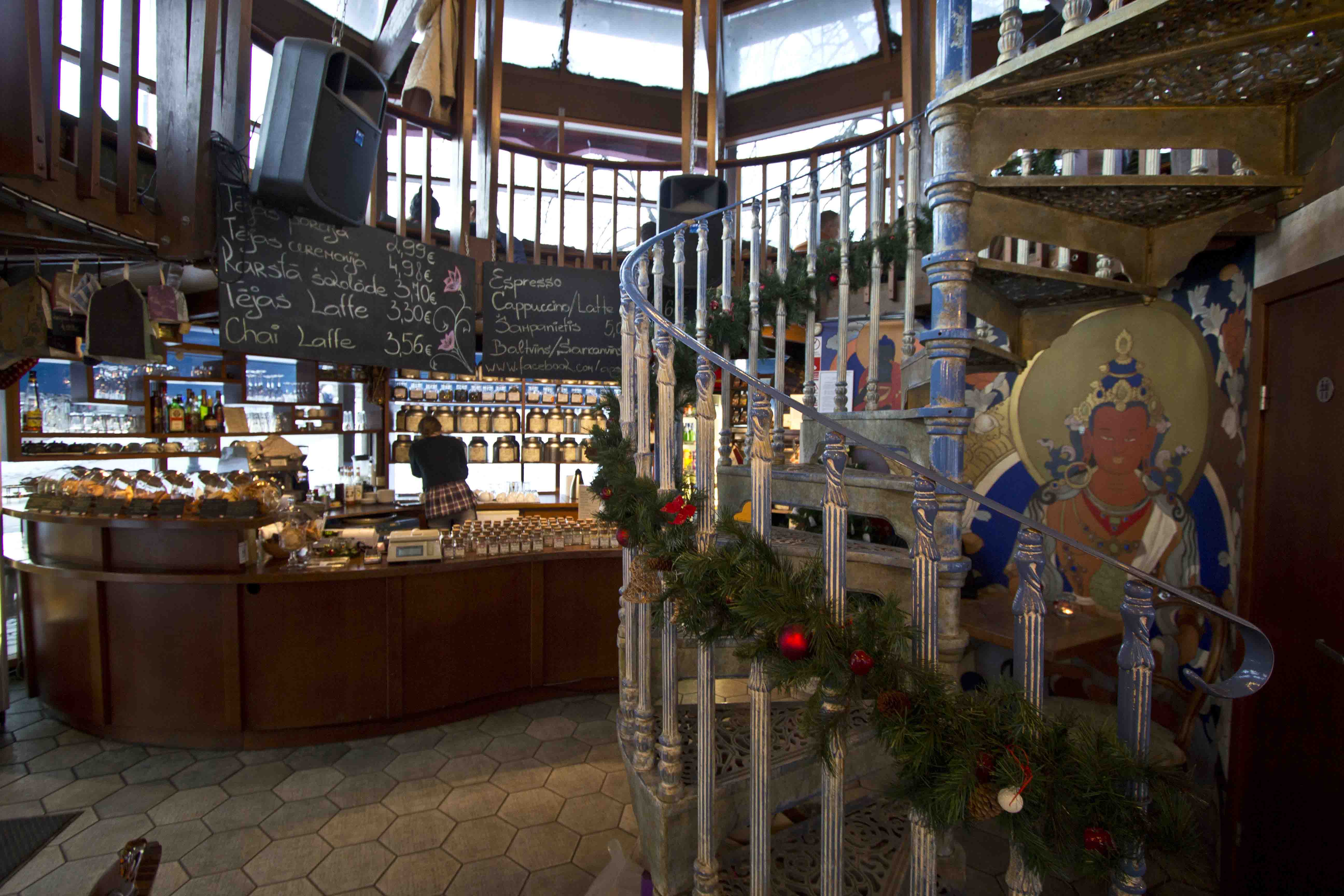 Street art lovers, for sure will find their place in hipster Miela Iela, so called Peace Street. There you can rest from the noisy center in numerous tiny cafes or pubs, located in the inspiring place. 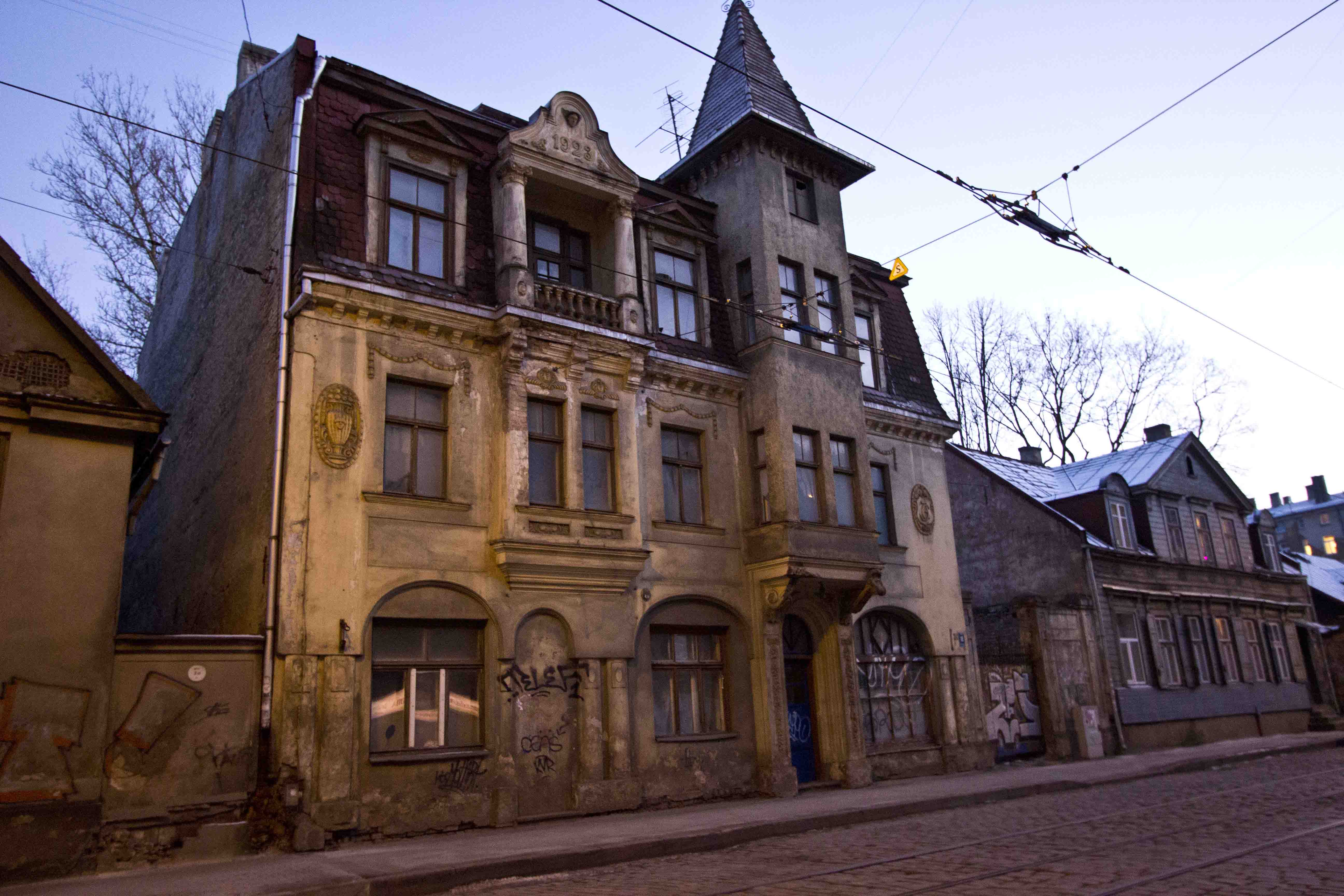 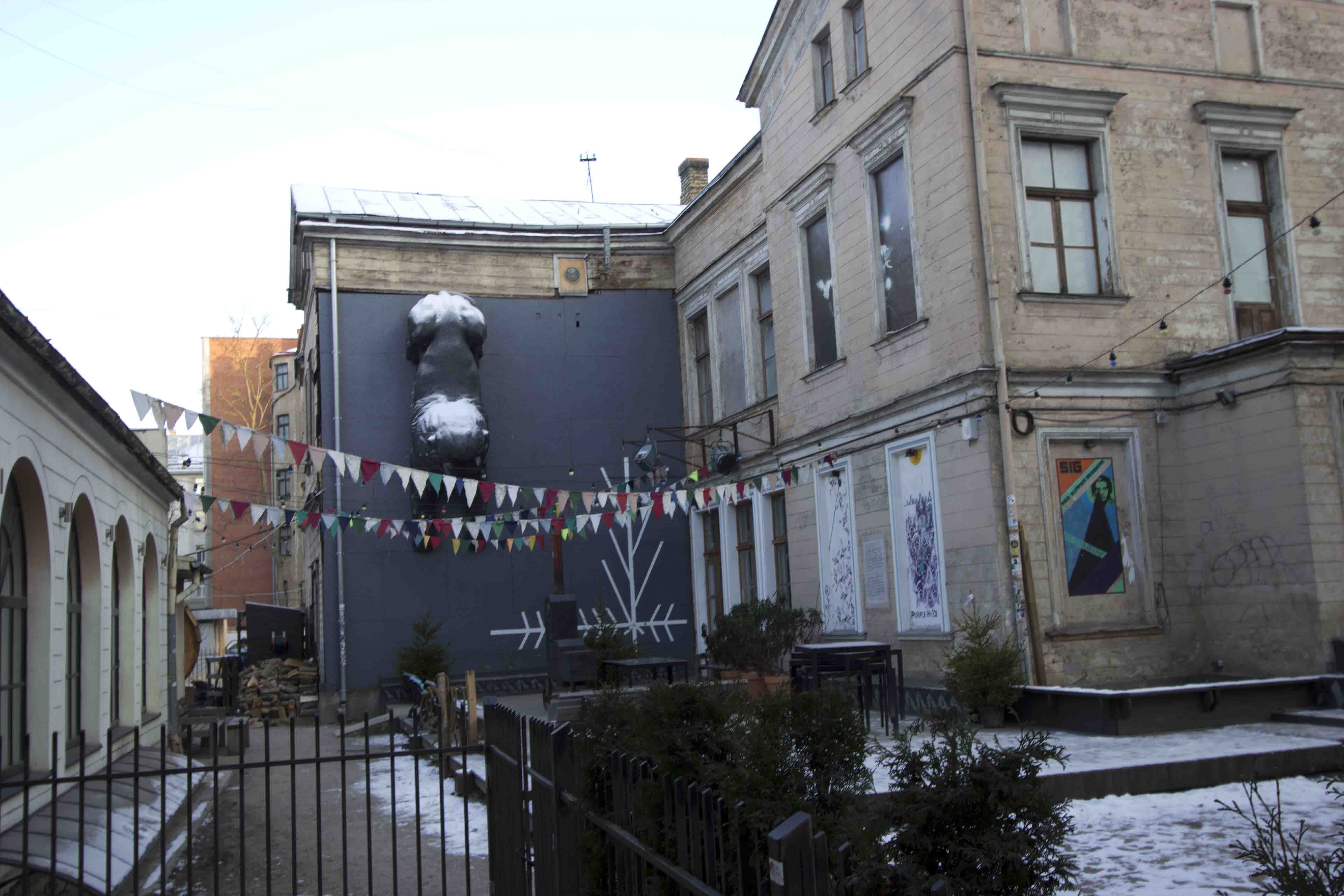 Riga is also the capital of Art Nouveau. It’s estimated that there’re around 750 buildings which represent this architectural style. The majority are located in the streets: Alberta iela and Elizabetes iela. To cut the long story short, I can describe this style as superfluous. Additionally it’s really terrifying especially when you look at screaming faces with scary eyes. 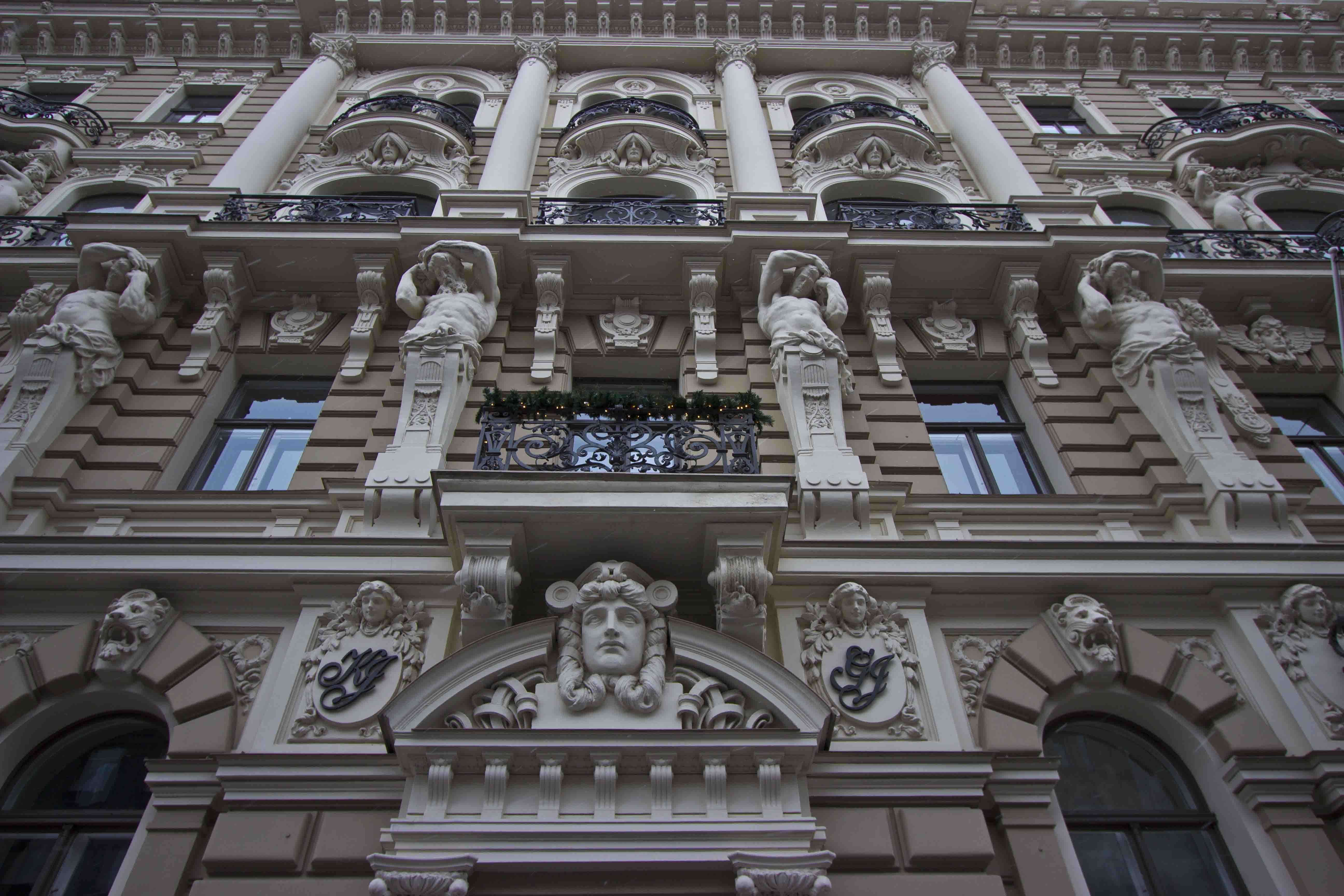 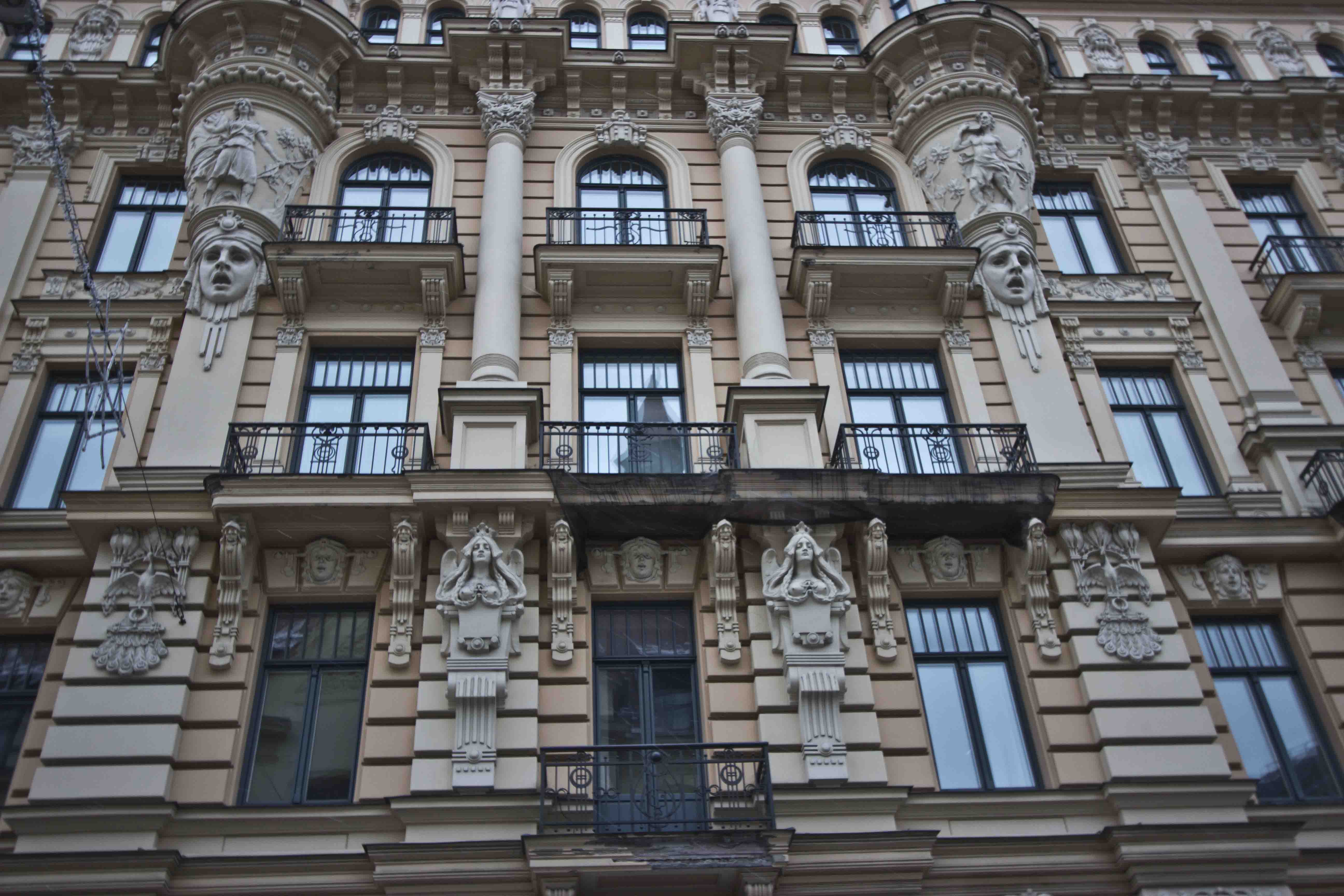