It’s very hard to determine if Luxembourg is the fabulous or financial Dutchy. It’s one of the smallest and the wealthiest countries in the world. There’re more than 150 banks and numerous EU institutions and international corporations. 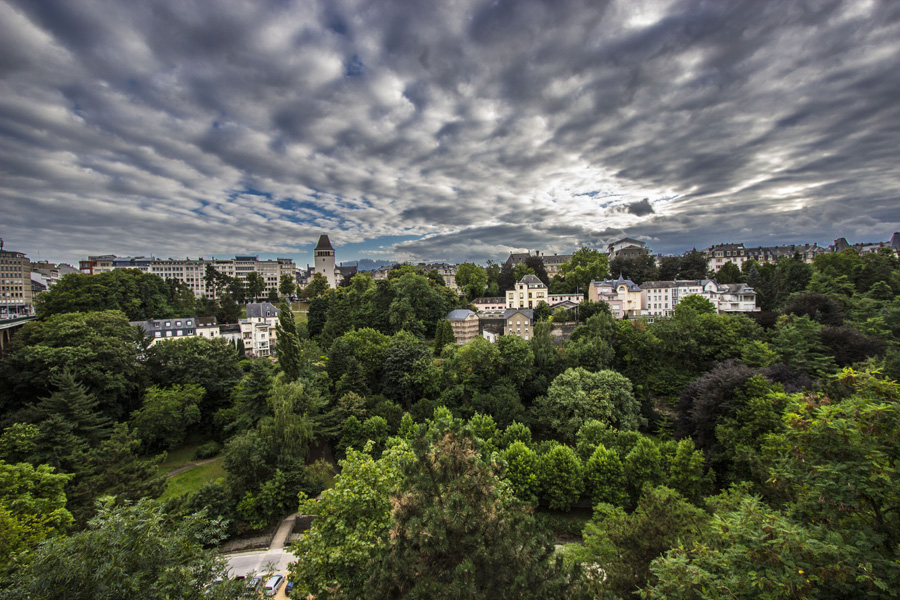 What’s more, the unemployment rate and taxes are the lowest in EU, in one word – real idyll. According to European Statistical Office, the minimal wage there is twice bigger than average wage in Poland! 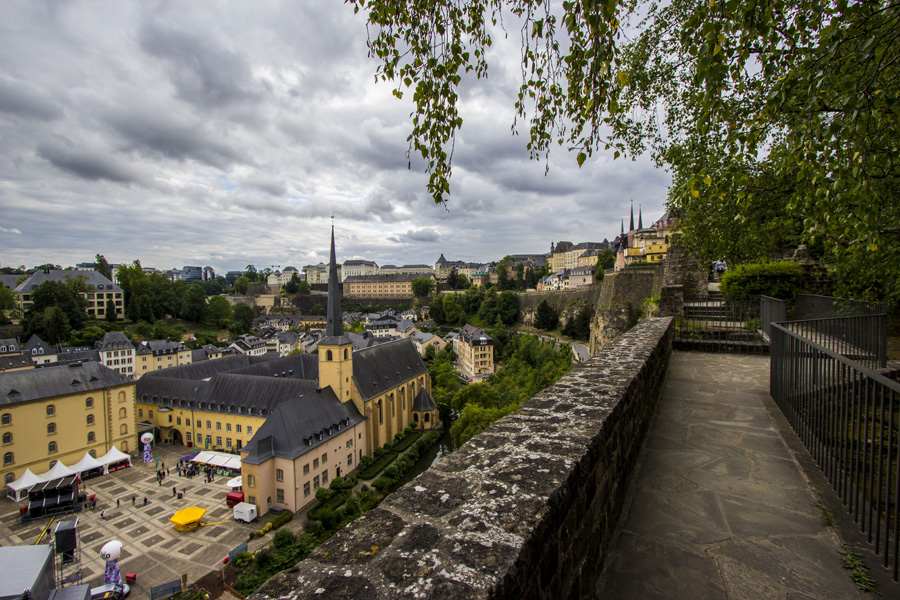 It’s no wonder that, at least half of the residents of this country are immigrants. A lot of people from France, Belgium and Germany commute to work here, every day. 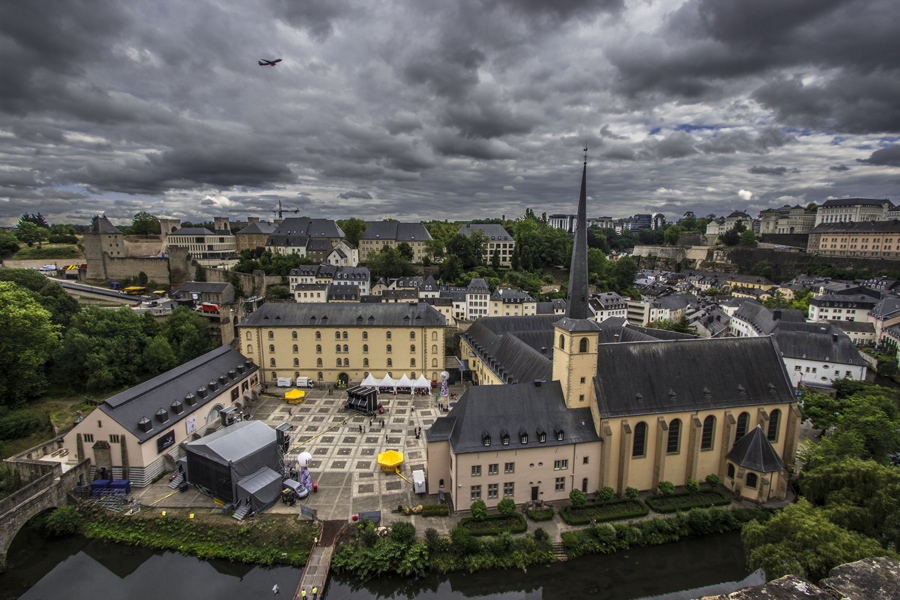 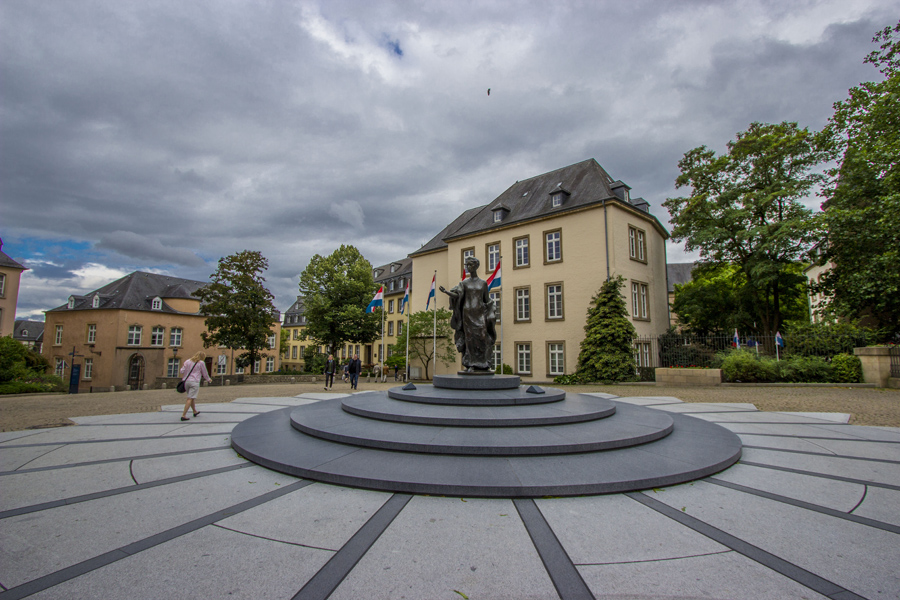 Luxembourg for us is a city with the spic and span streets, magnificent buildings and upscale restaurants where prices definitely spoil the appetite. 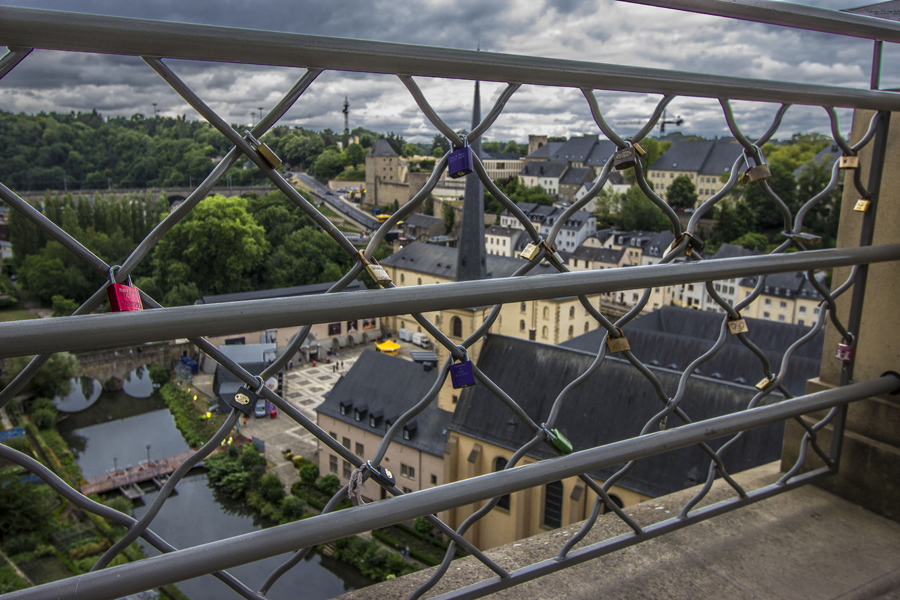 However this city has also another side. Its picturesque location and a lot of greenery is amazing. 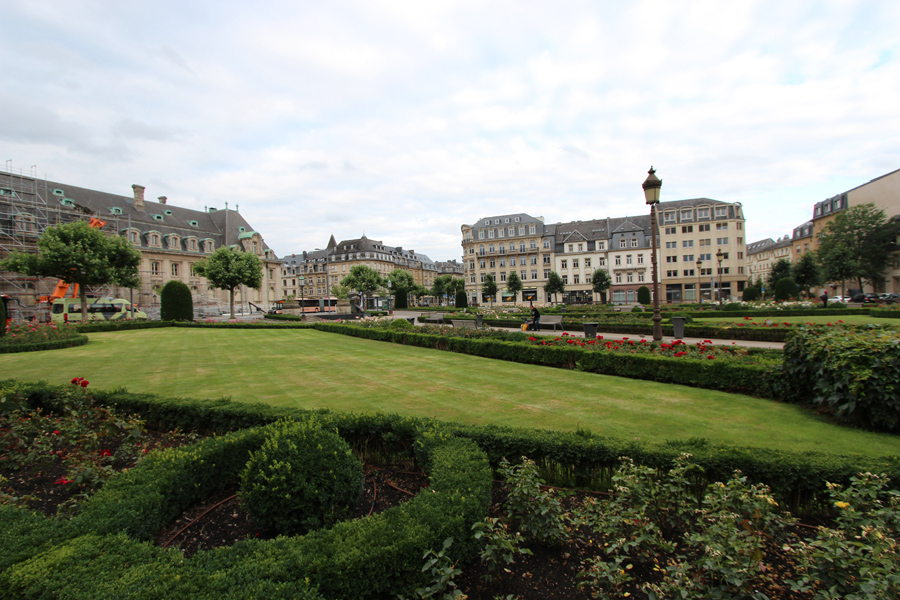 The most interesting part is the Casemates du Bock – enormous fortifications surrounding the city. The fortress which is built on steep slopes is regarded as one of the biggest in Europe and it’s the best place to admire the beautiful landscape of Luxembourg. 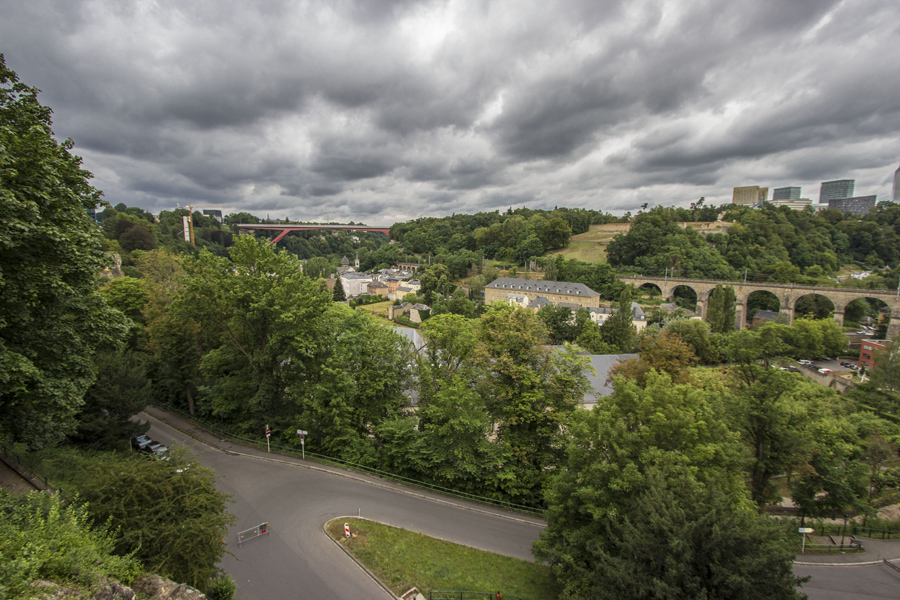 Inside it, you can visit tunnels which stretch along 15 miles (23 km). 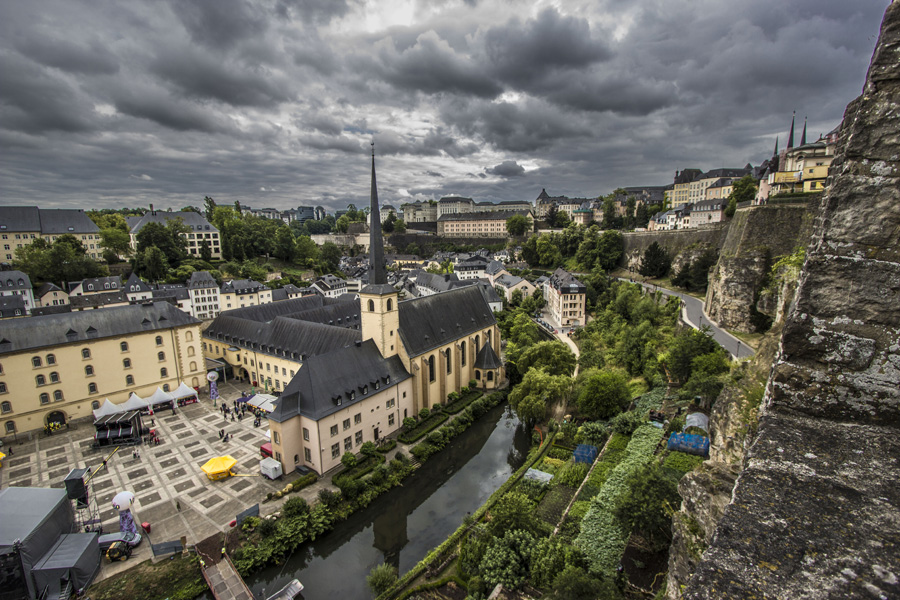 Interestingly, it’s only a remnant of the former fortress. At least 90% of it was pulled down under the terms of the Treaty of London in 1867. Nowadays we can see only a little part of the original structure, which demolition could have led to the destruction of other buildings in the city. 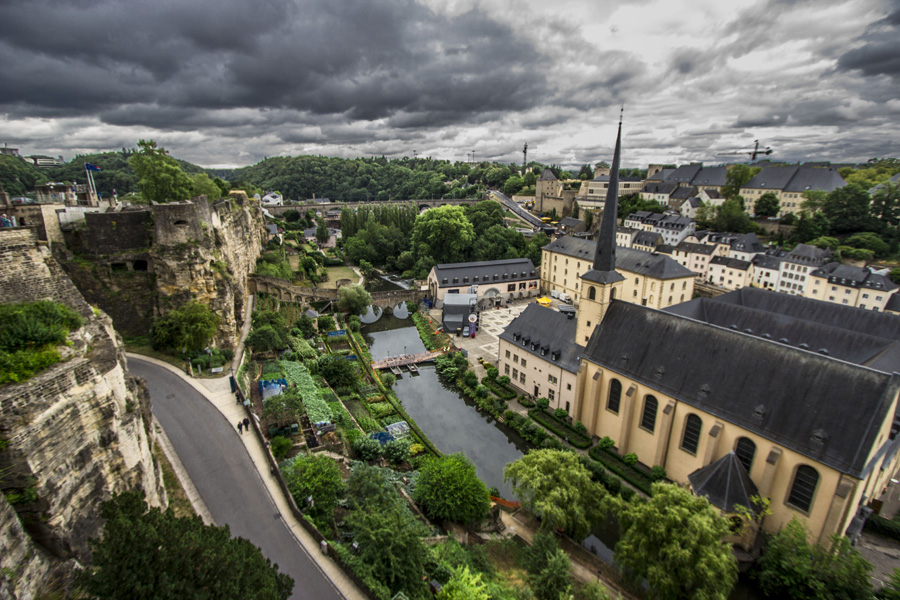 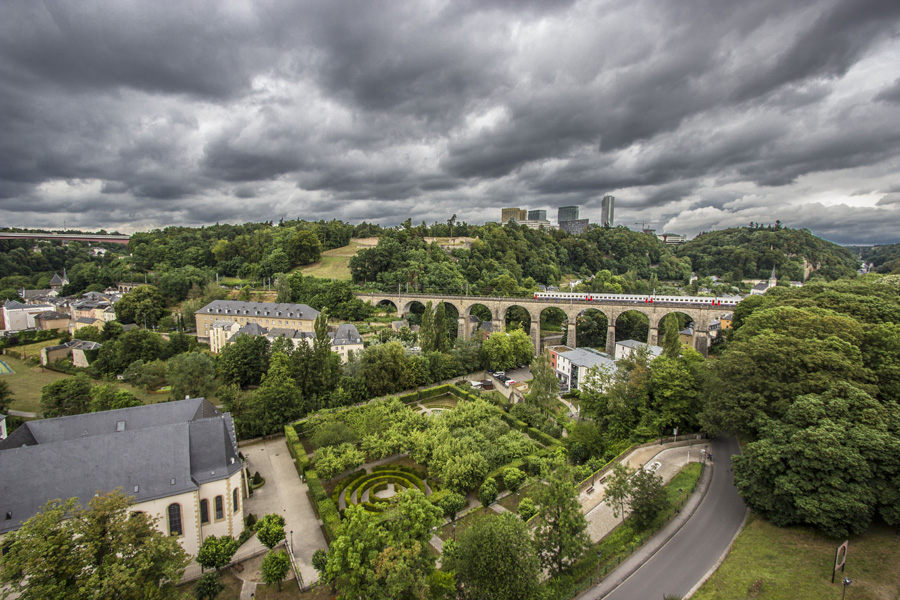 Its construction was connected with protests in view of the quite revealing outfit of this figure. Therefore it was placed on the very high pillar to protect worshipers of the nearby Notre Dame Cathedral, from that sight. 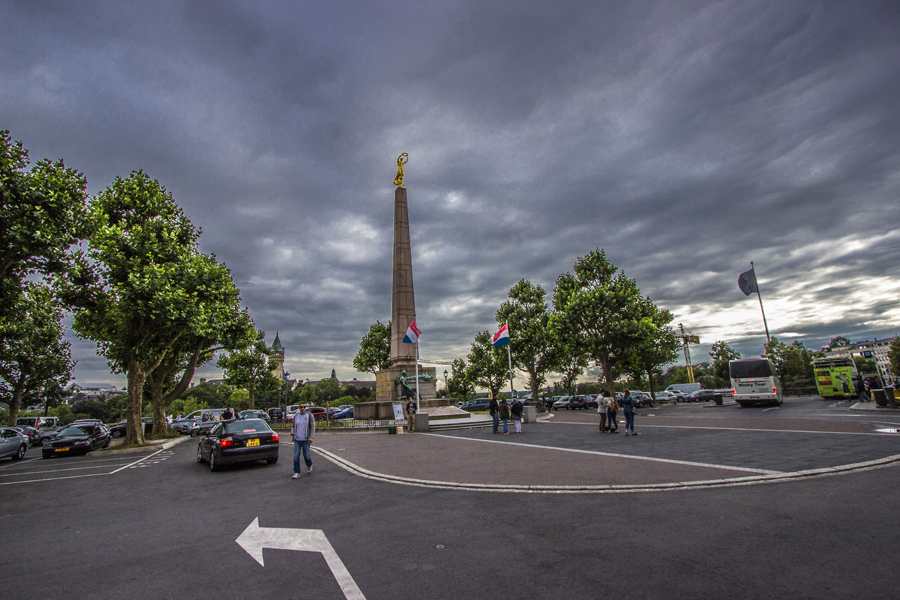 During WWII it was a symbol of the Luxembourg resistance against Nazis. It has been hidden in the unknown place for many years. It was founded in 1980 in the undergrounds of football stadium.

The Grand Dutchy of Luxembourg has also the Grand Ducal Palace which resembles more elegant official building than residence of the duke. 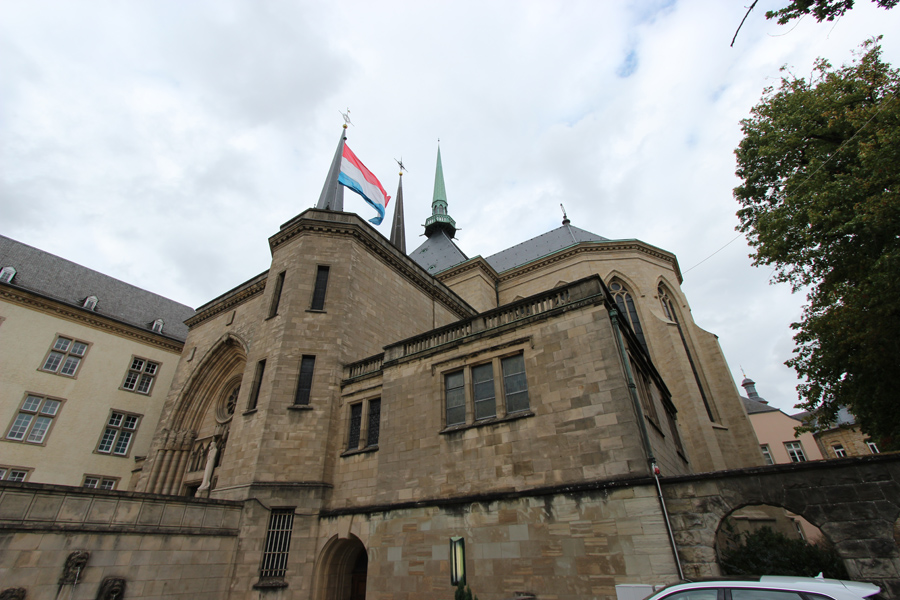 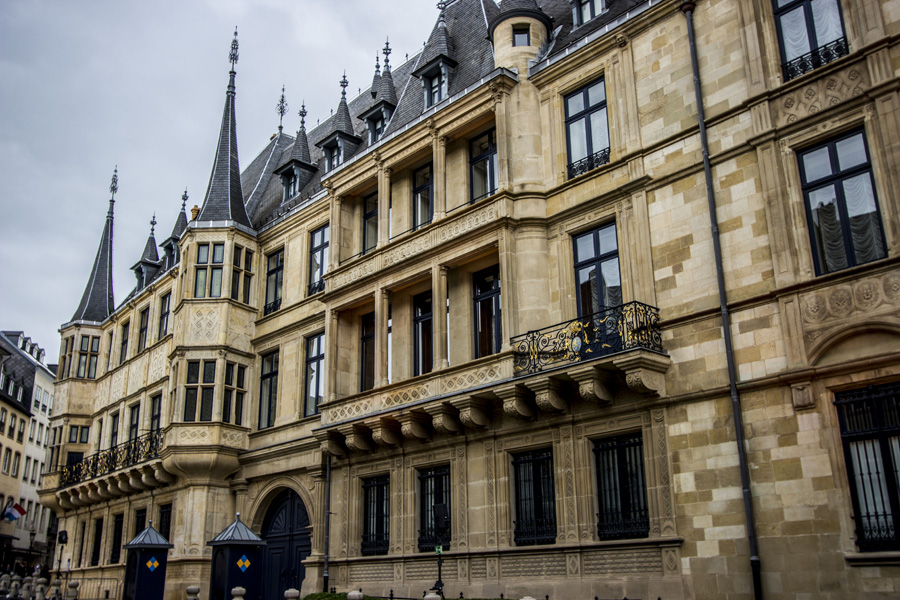 When we saw from the observation desk a castle which wasn’t mentioned in our guide, we decided to check it thinking that it must have been an oversight. 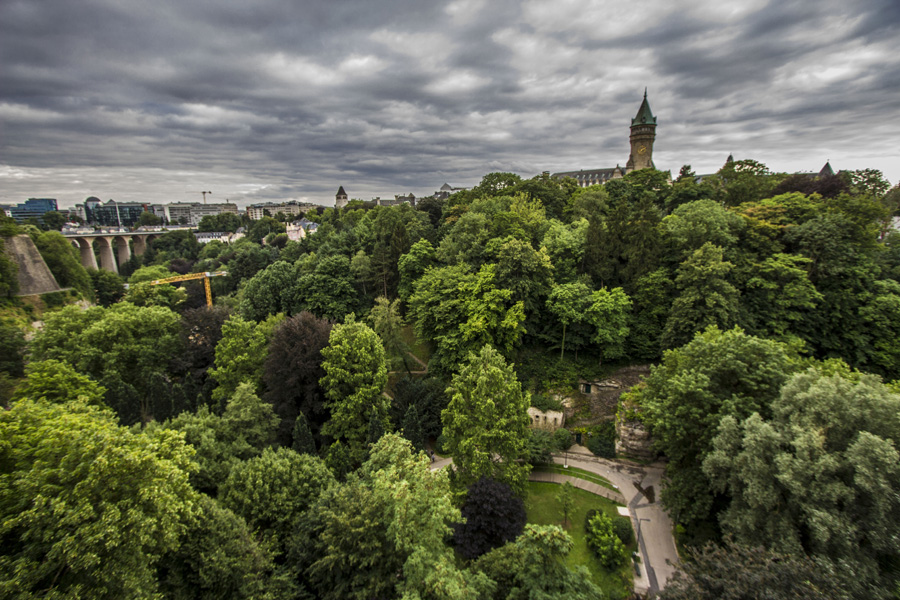 How disappointed we were, when the castle turned out to be another bank. Comparing the Grand Ducal Palace we had no doubt who really reigned that little country. 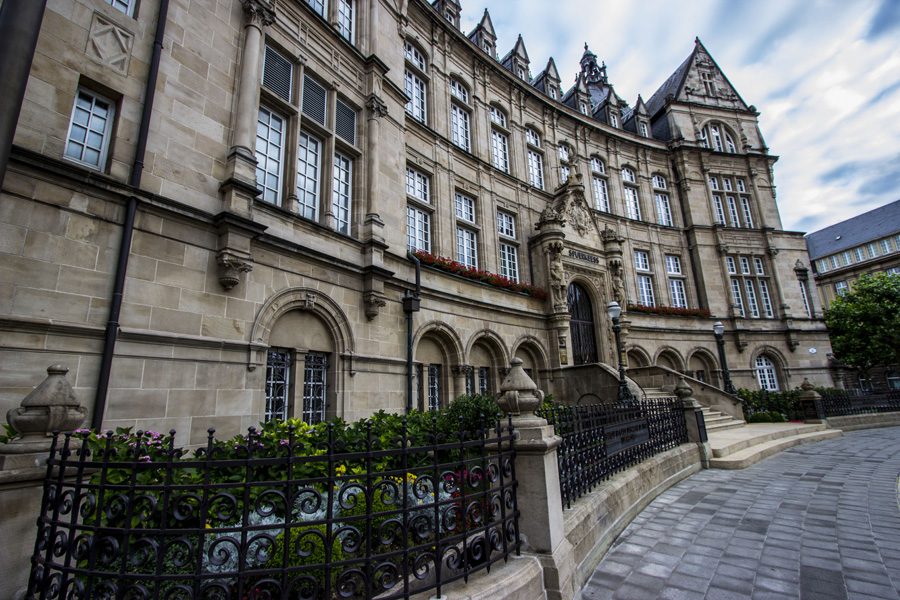 Regardless of official, sometimes stodgy atmosphere, Luxembourg City is an interesting place for a one-day trip. Remnants of the former fortress, located on a steep slopes, sinking in a sea of greenery look like from a fairytale which can charm every tourist. 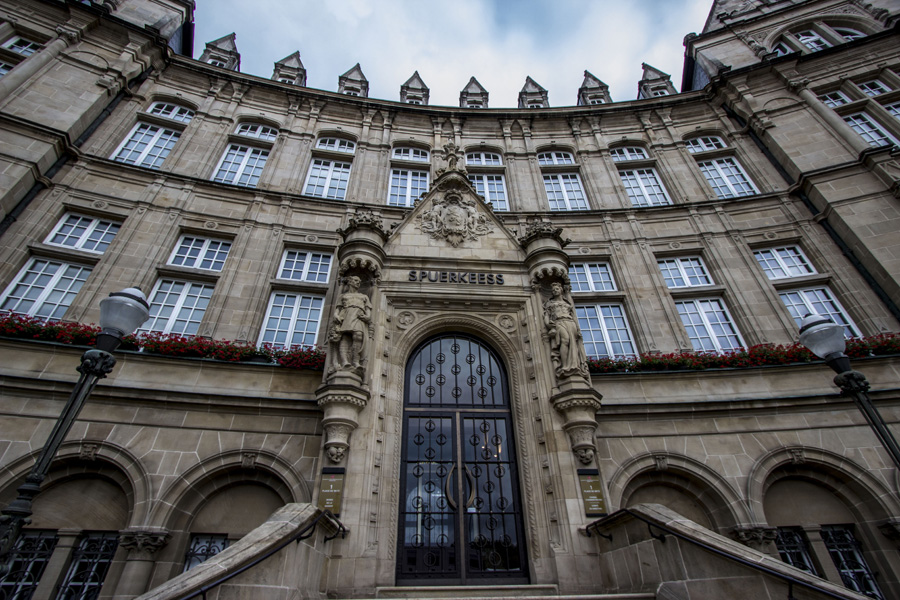