Girl on a Trail – Peterhof and Tsarskoe Selo 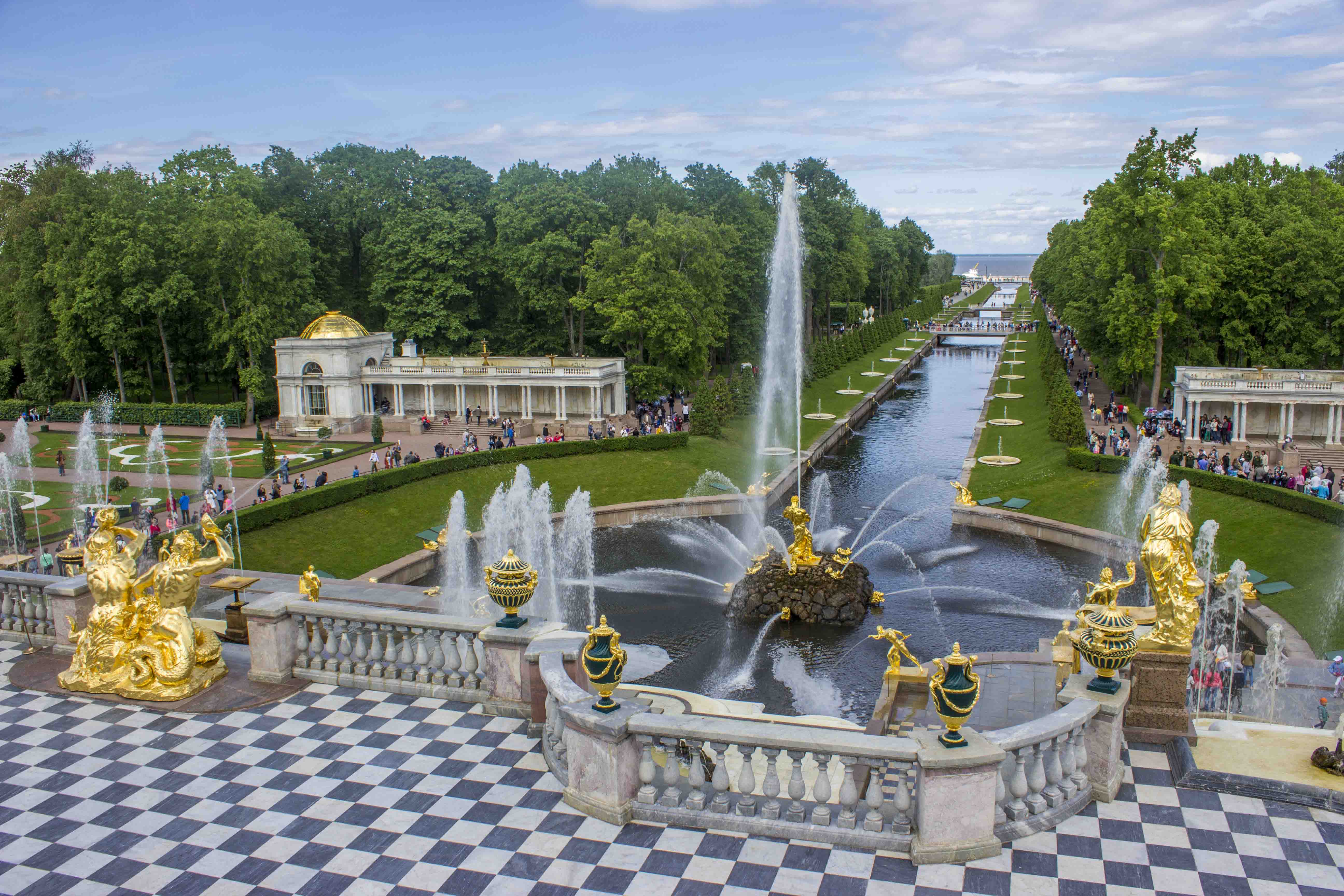 To Be in Sankt Petersburg without visiting the famous Peterhof and Tsarskoe Selo, it’s like the New Year’s Eve without Rossijskoje Igristoje. So, even though I was there on a tour for just 72 hours (visa requirements, you can read about it here), I had to see both places. 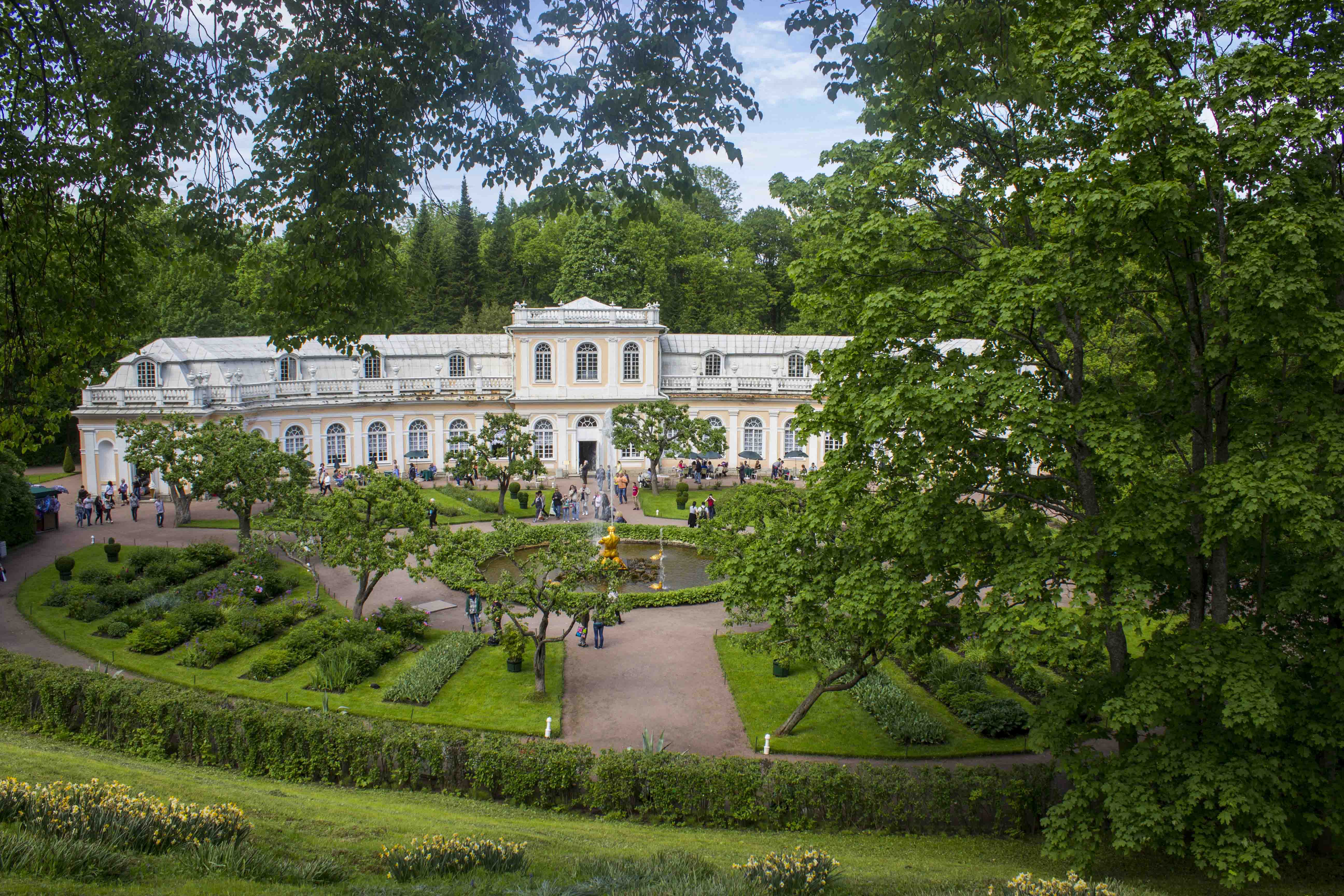 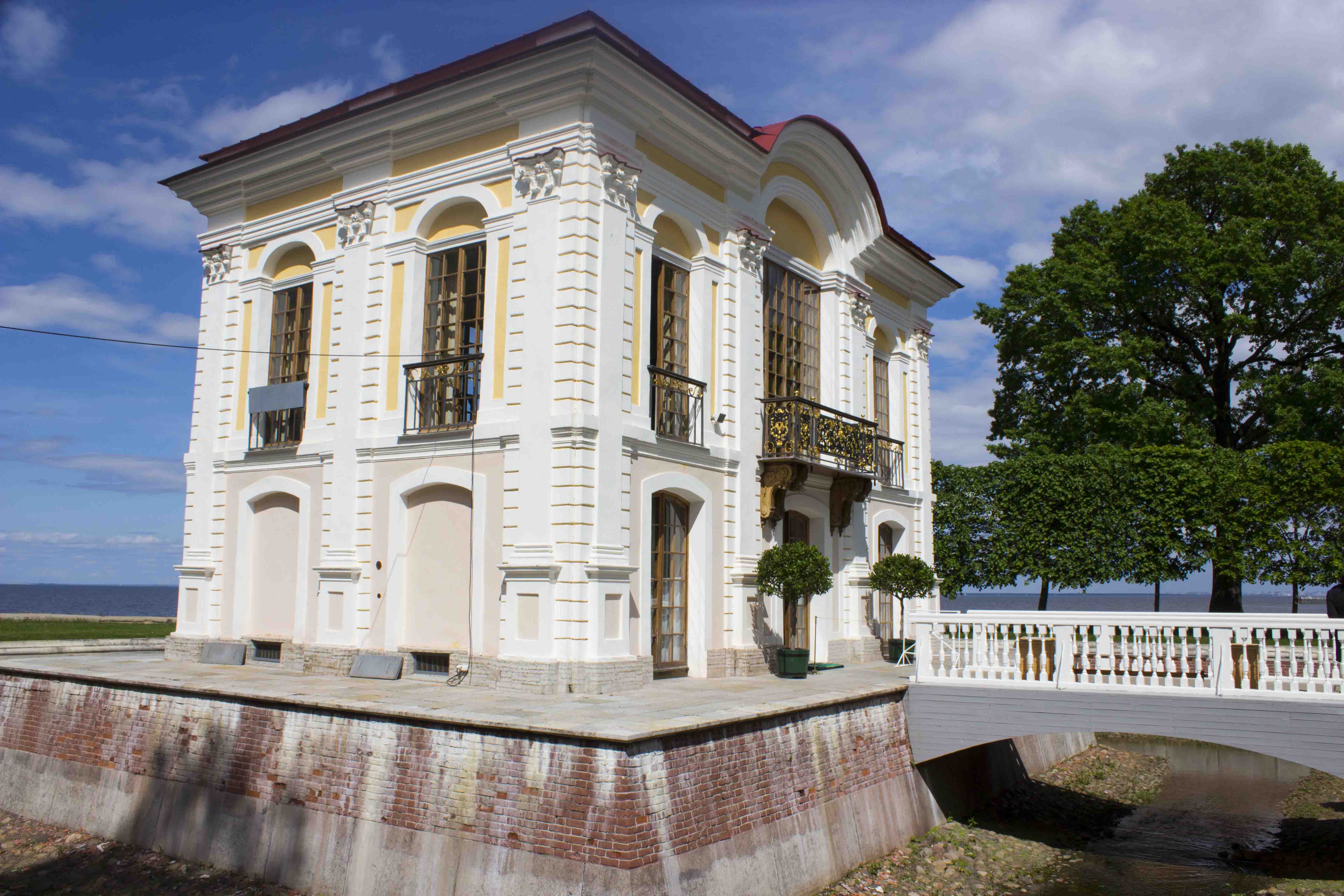 I started my sightseeing from Peterhof which is better accessible. The complex is located approximately 30 km from St. Petersburg downtown. You can get here by hydrofoil which leaves the dock located close to the Winter Palace. 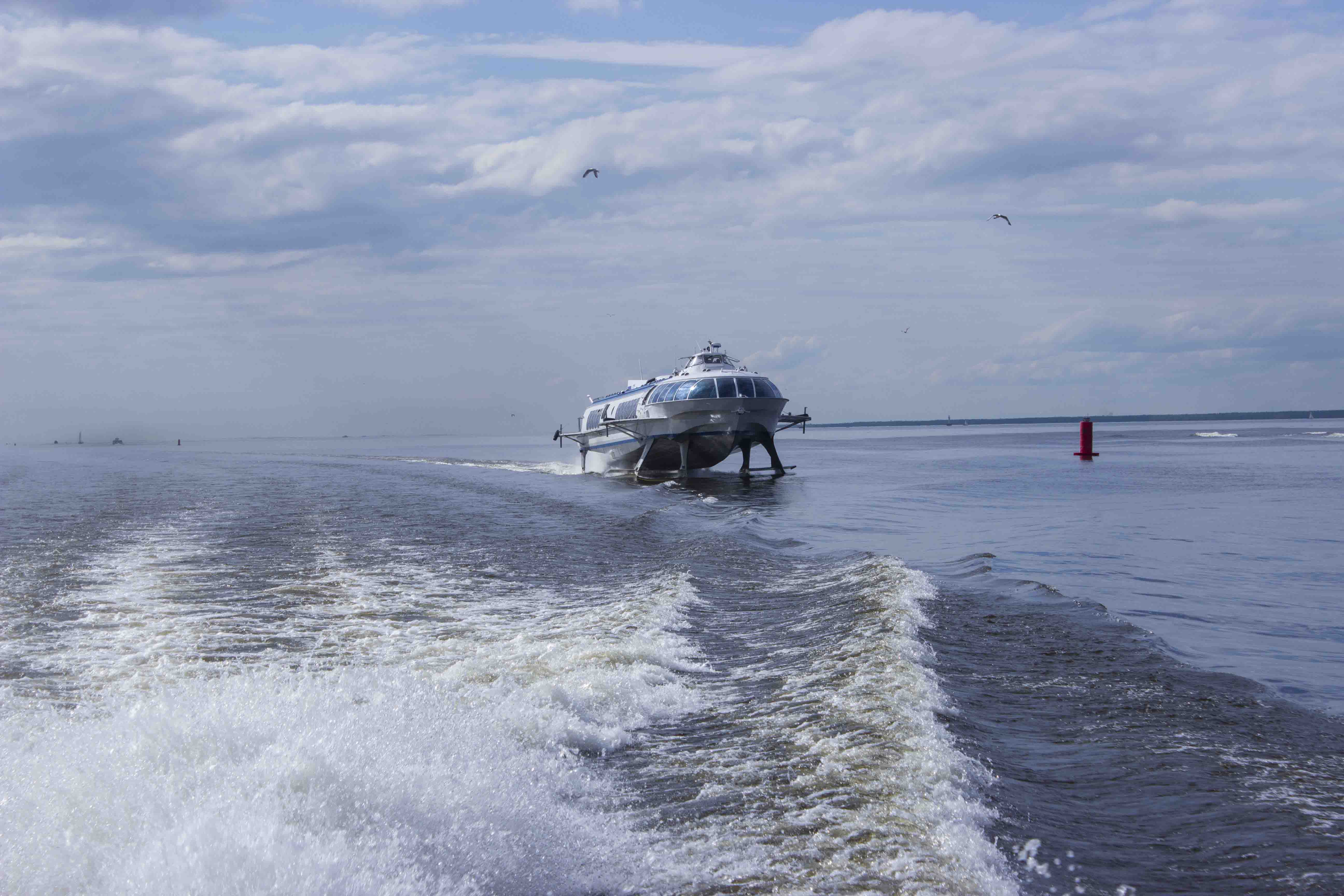 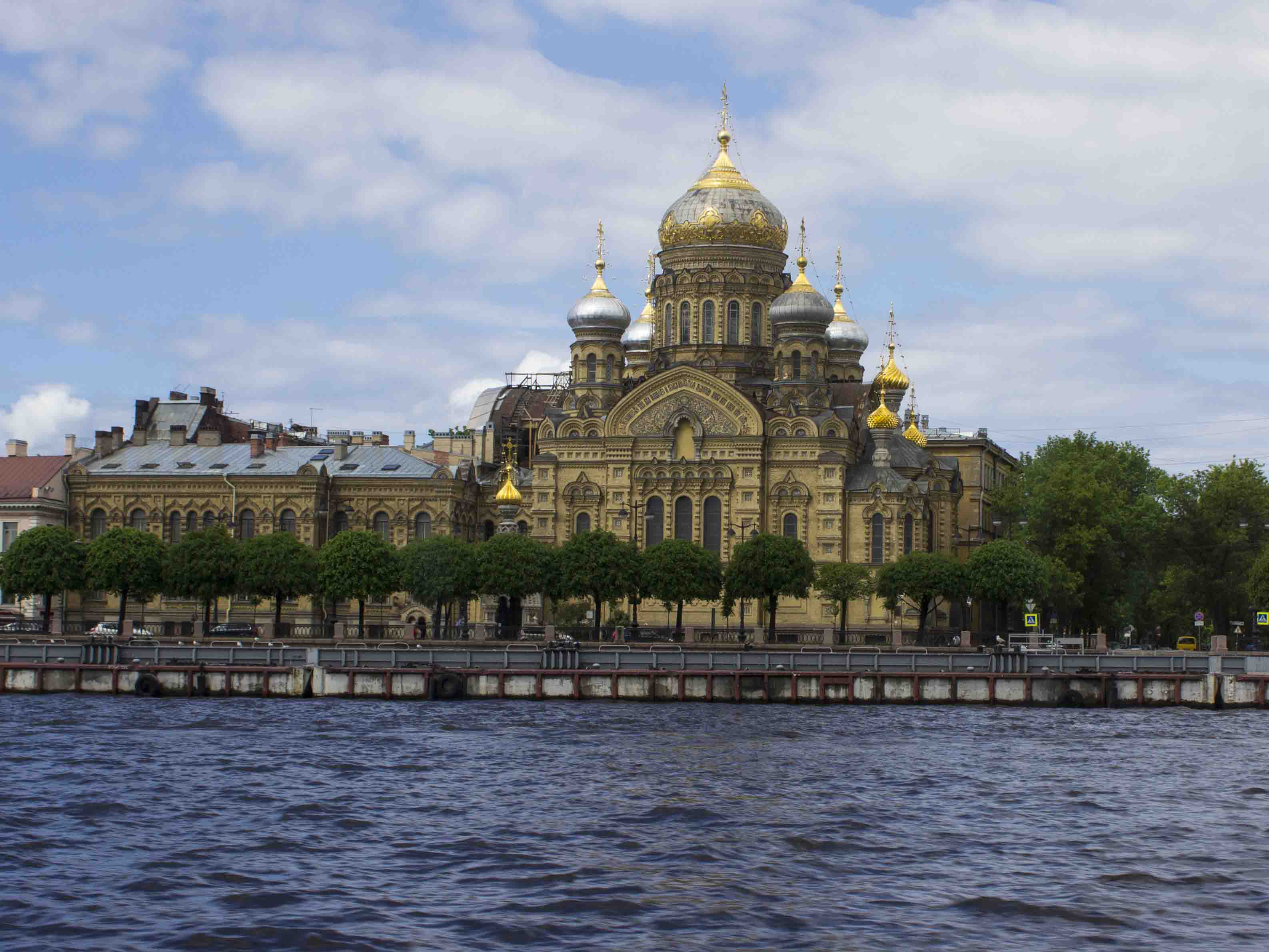 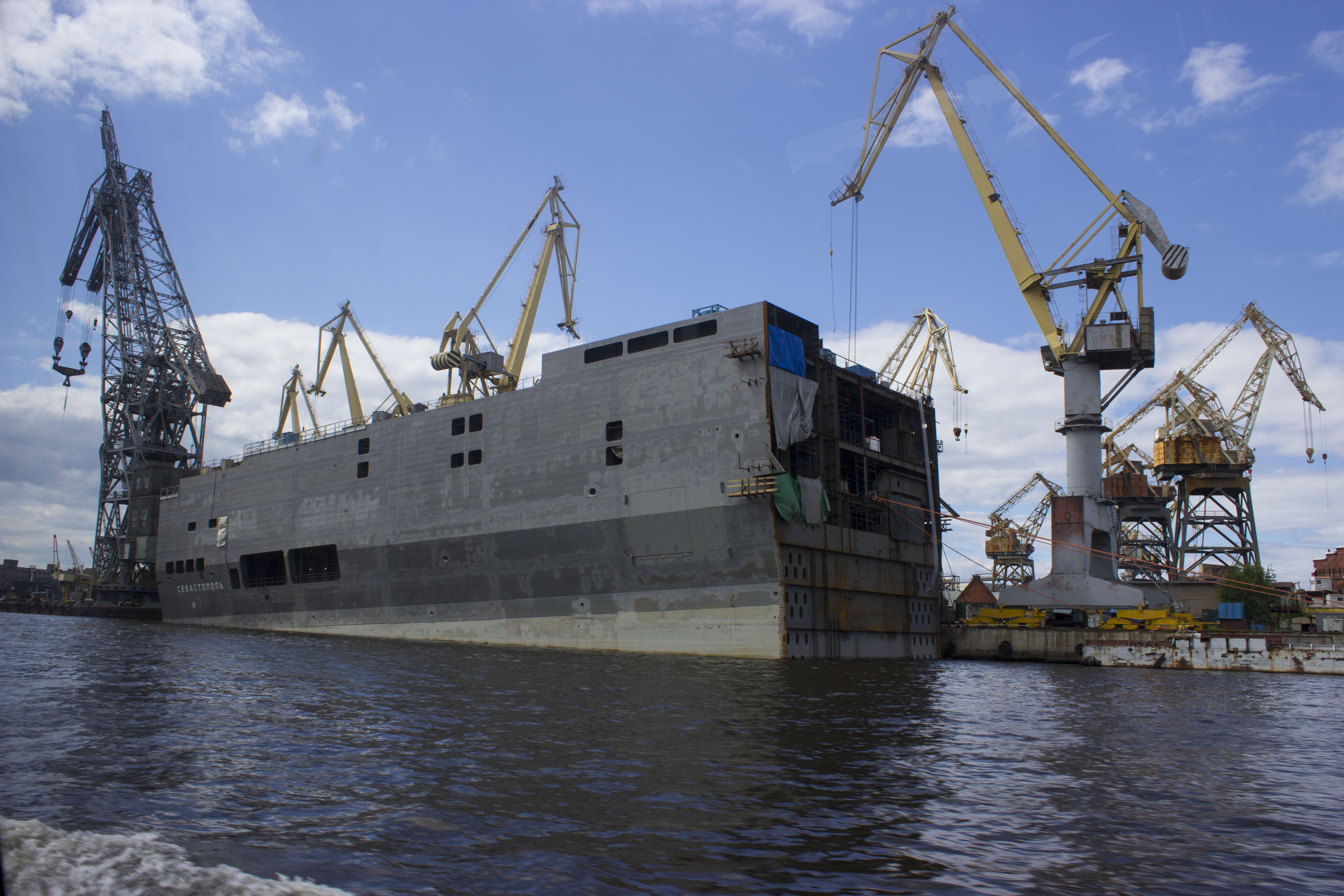 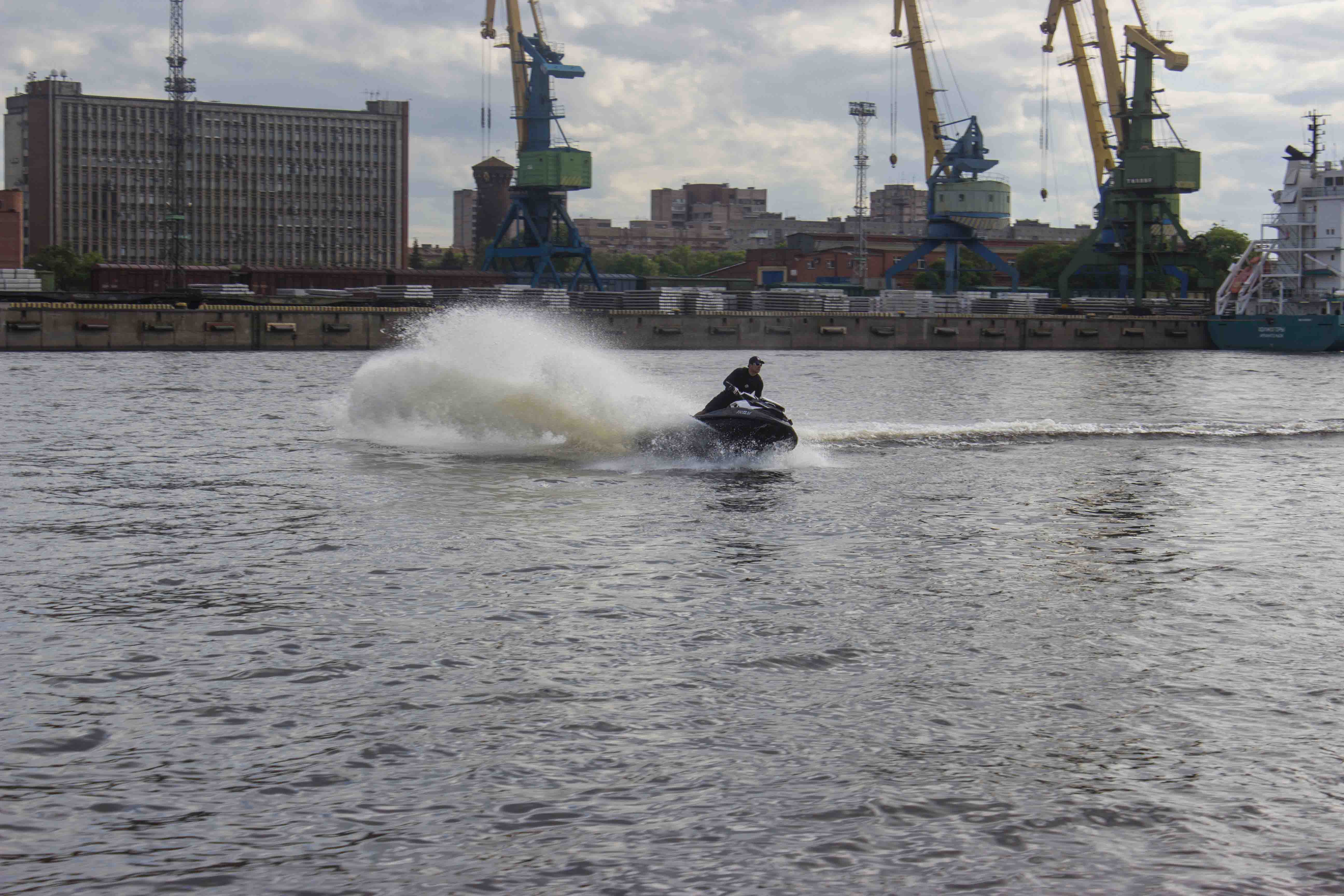 Peterhof was built in the first half of the eighteenth century, at the request of the tsar Peter the Great. Inspiration for its creation was French Versailles. Tsar built this palace to commemorate his victory over Sweden in III Northern War (also known as the Great Northern War). 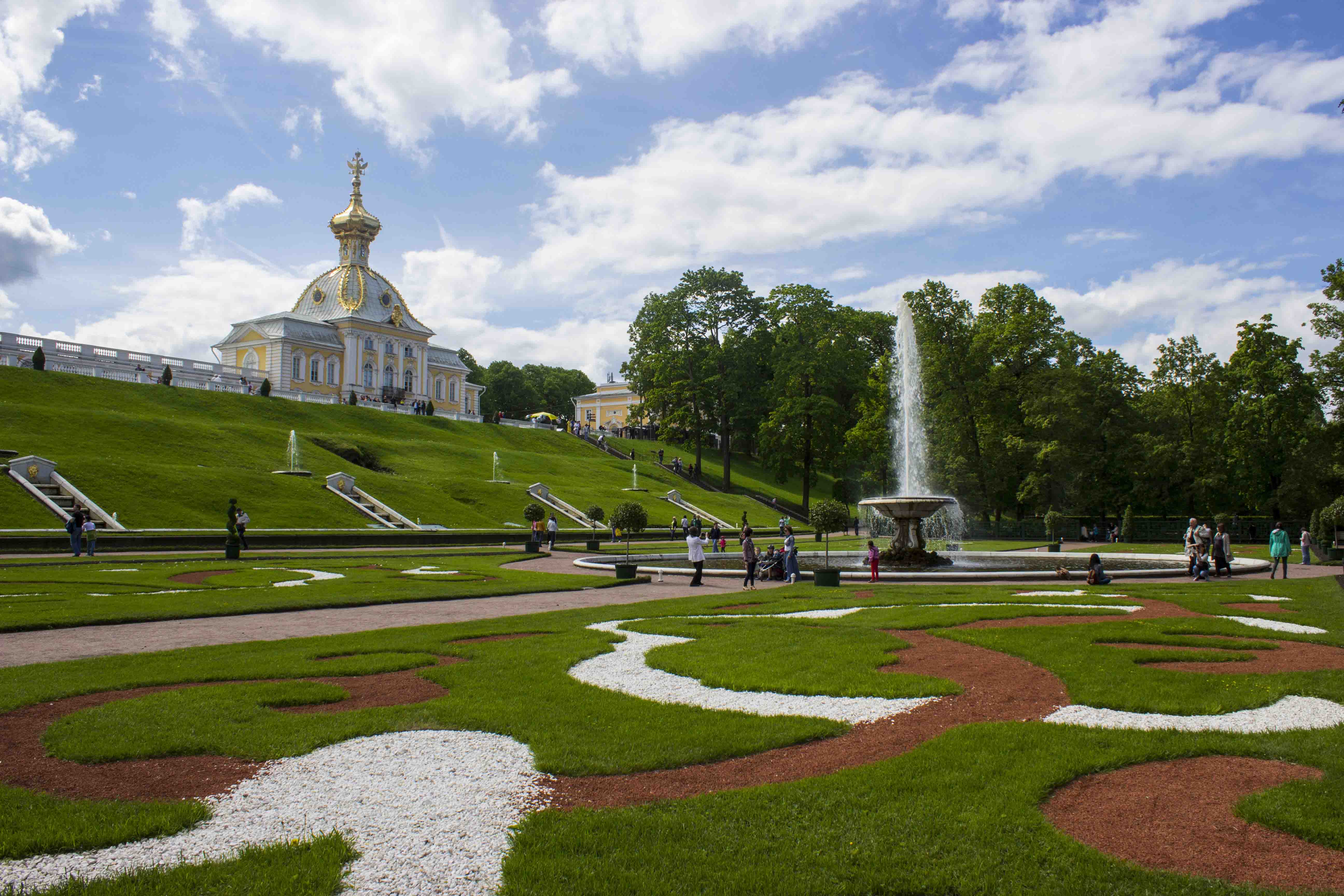 Initially he built here one palace called Monoplasir which means My Pleasure. But with the time, the area of the palace has turned into a huge complex of several palaces surrounded by gardens and fountains. 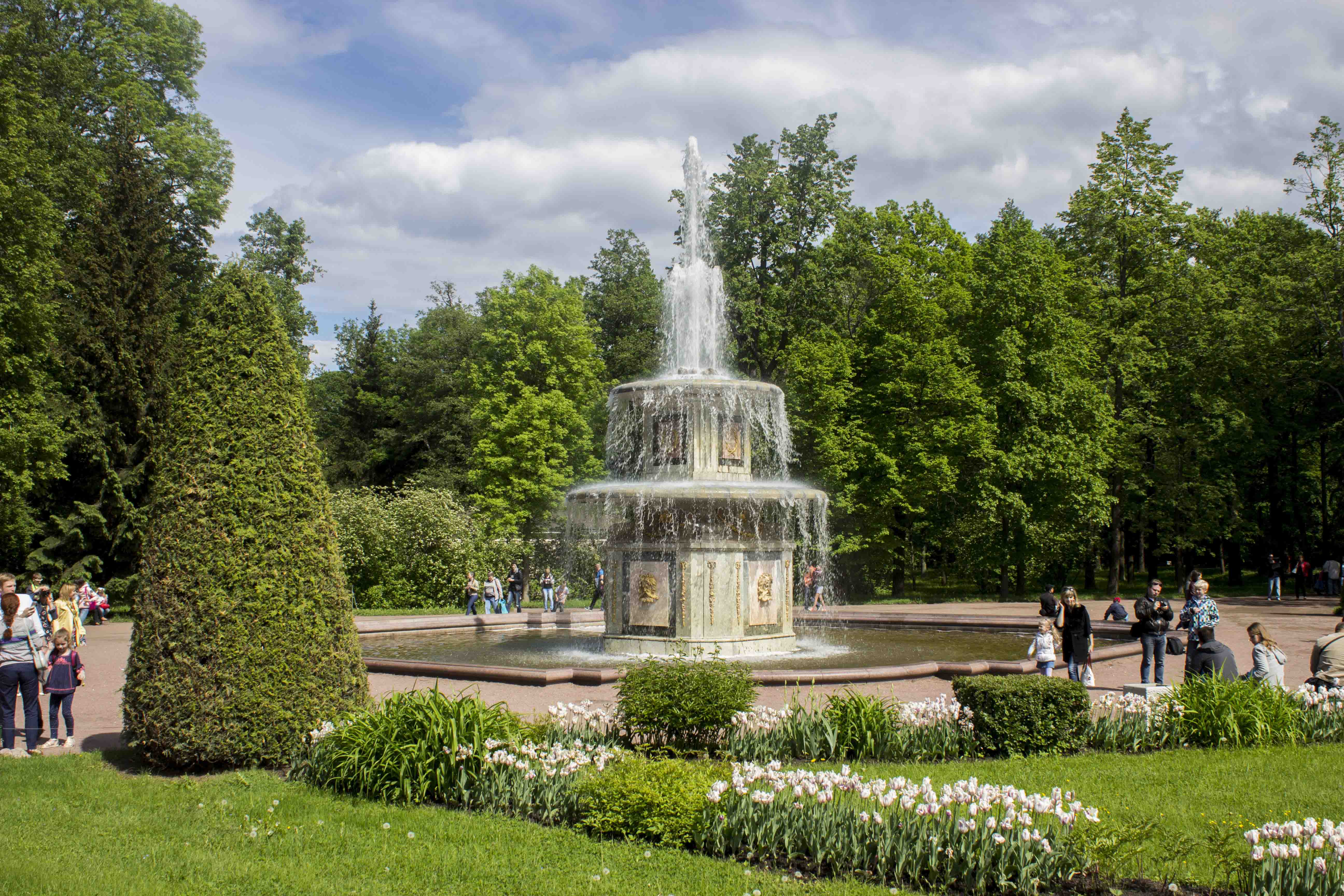 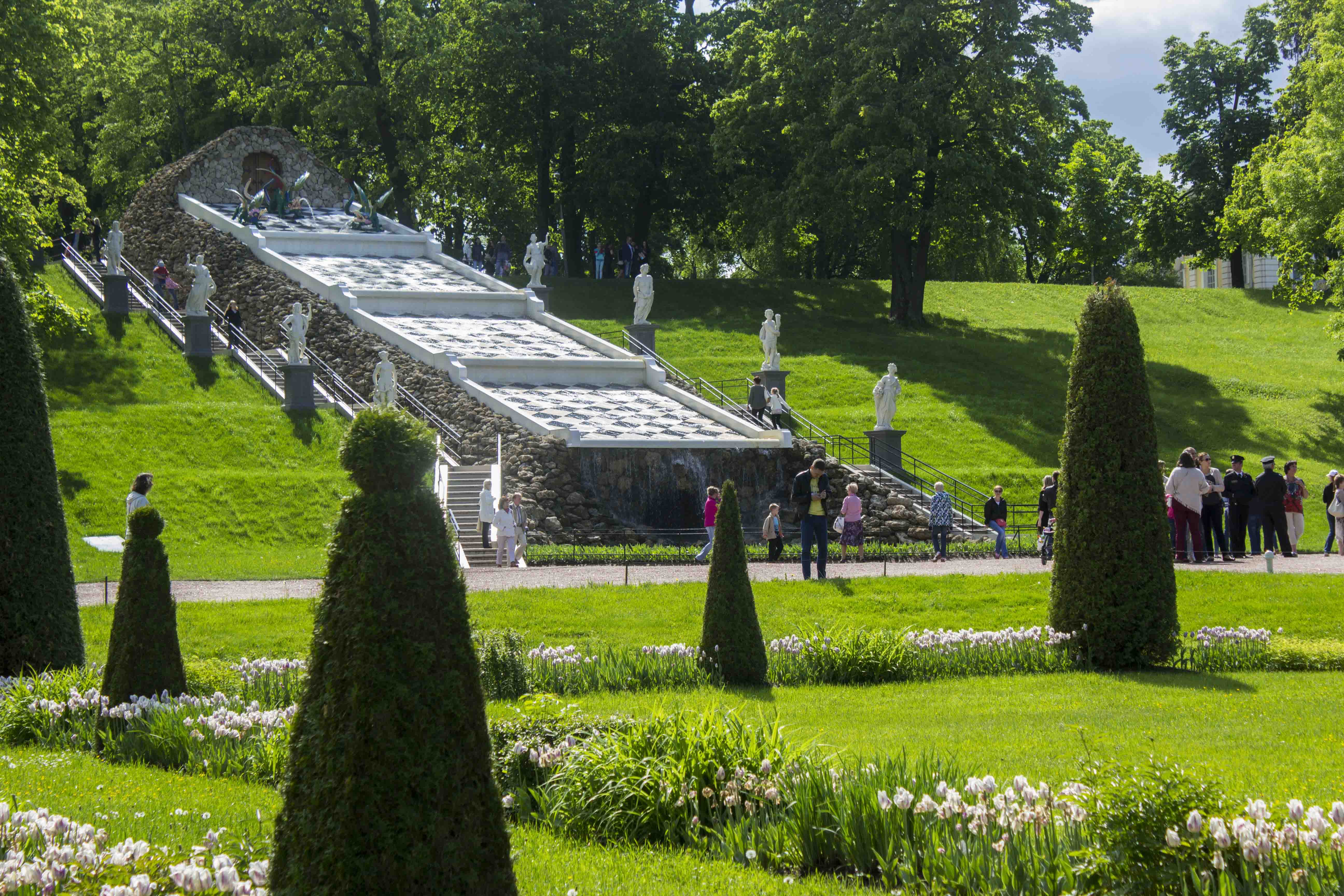 Currently you can find here over 40 fountains decorated with the characters from Greek mythology. 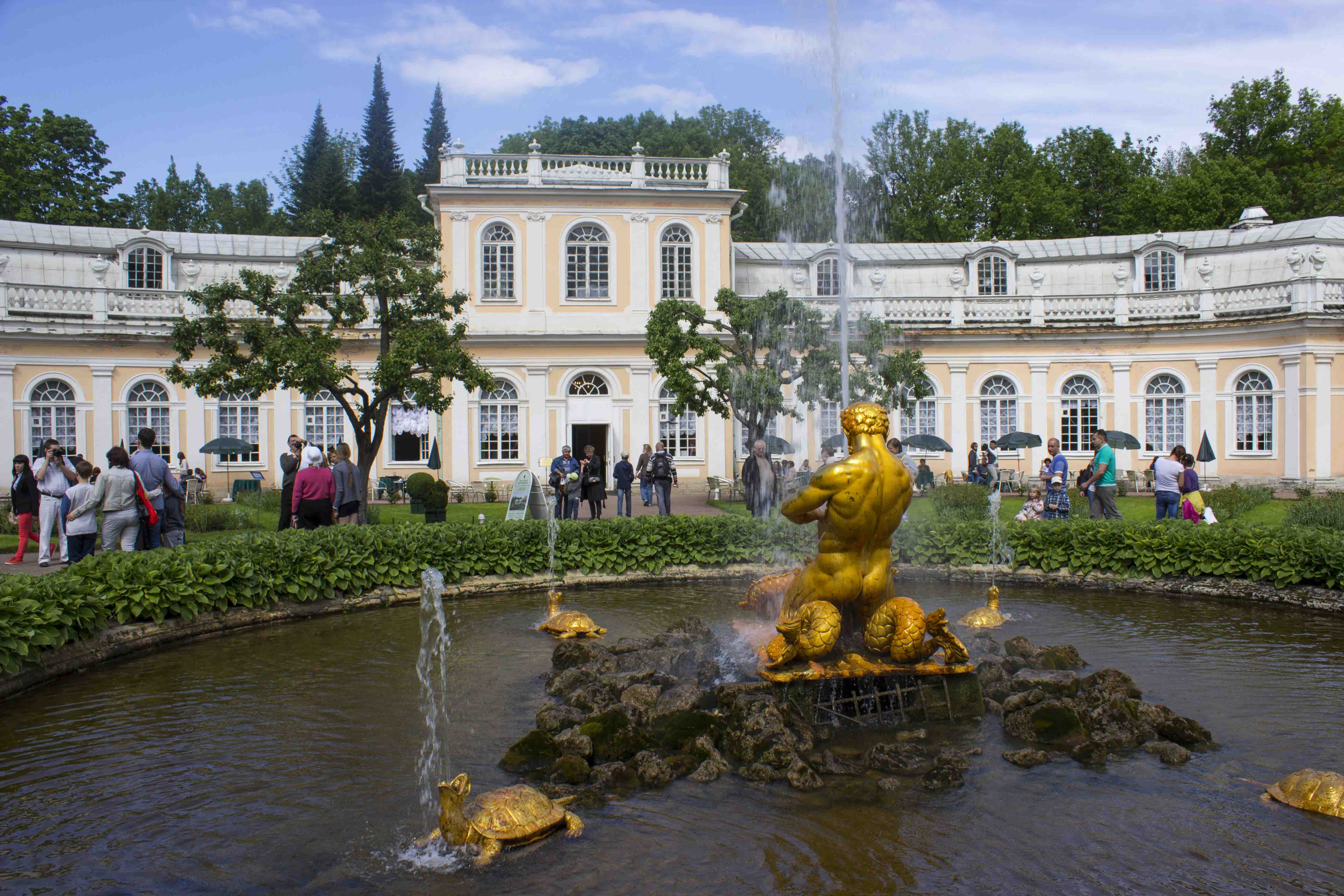 The architecture of this place is the quintessence of Russian affinity for gold. Total opposite of minimalism and simplicity that I like, but quietly I can confess that I enjoyed this imperial style 😀 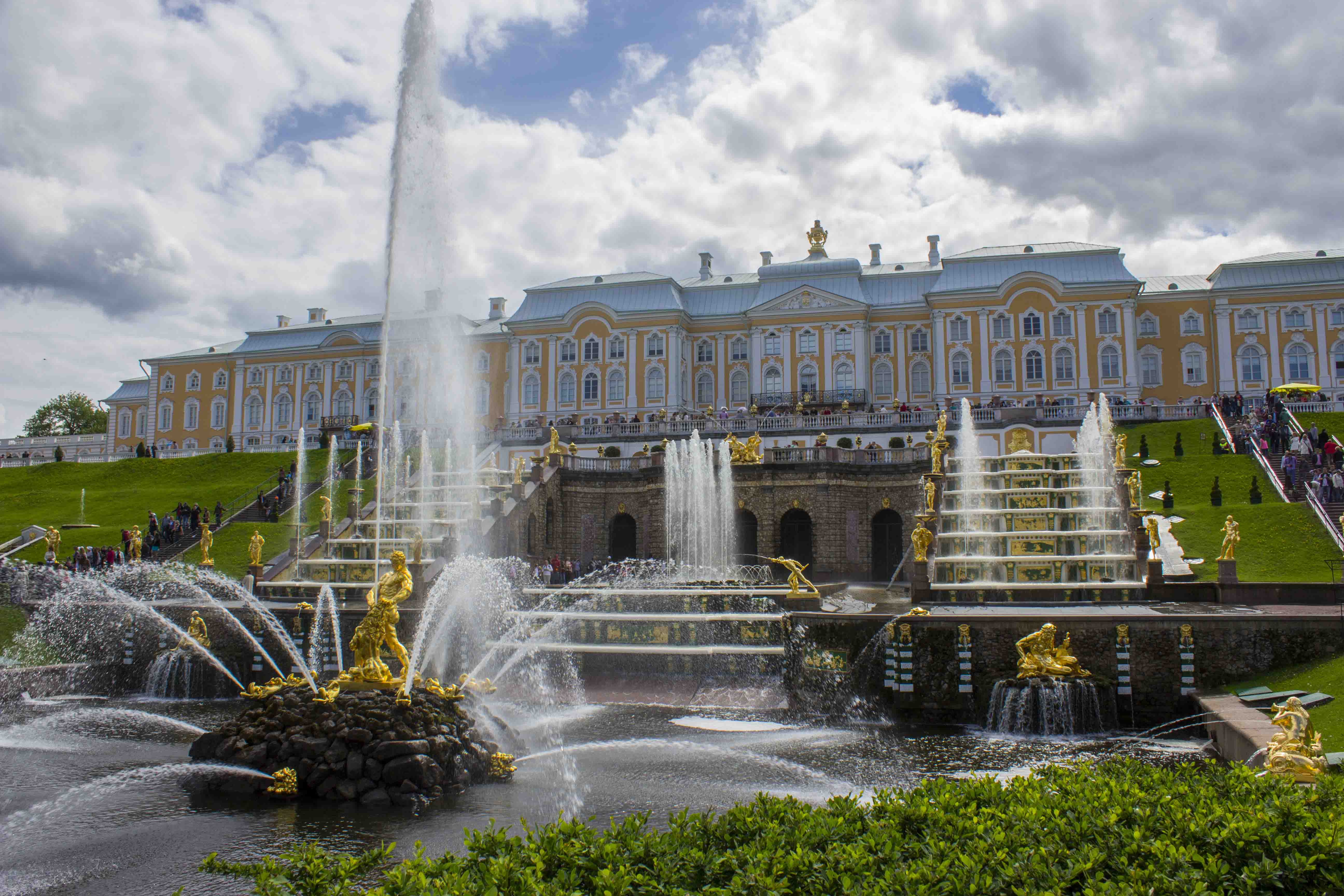 The Complex is divided by Morskoy Channel, which ends on spectacular fountain – Grand Cascade. It consists of 64 fountains and approximately 200 gold figures. In the center, there’s fountain which presents Samson opening the lion’s mouth. This is a symbol of victory over Swedish. 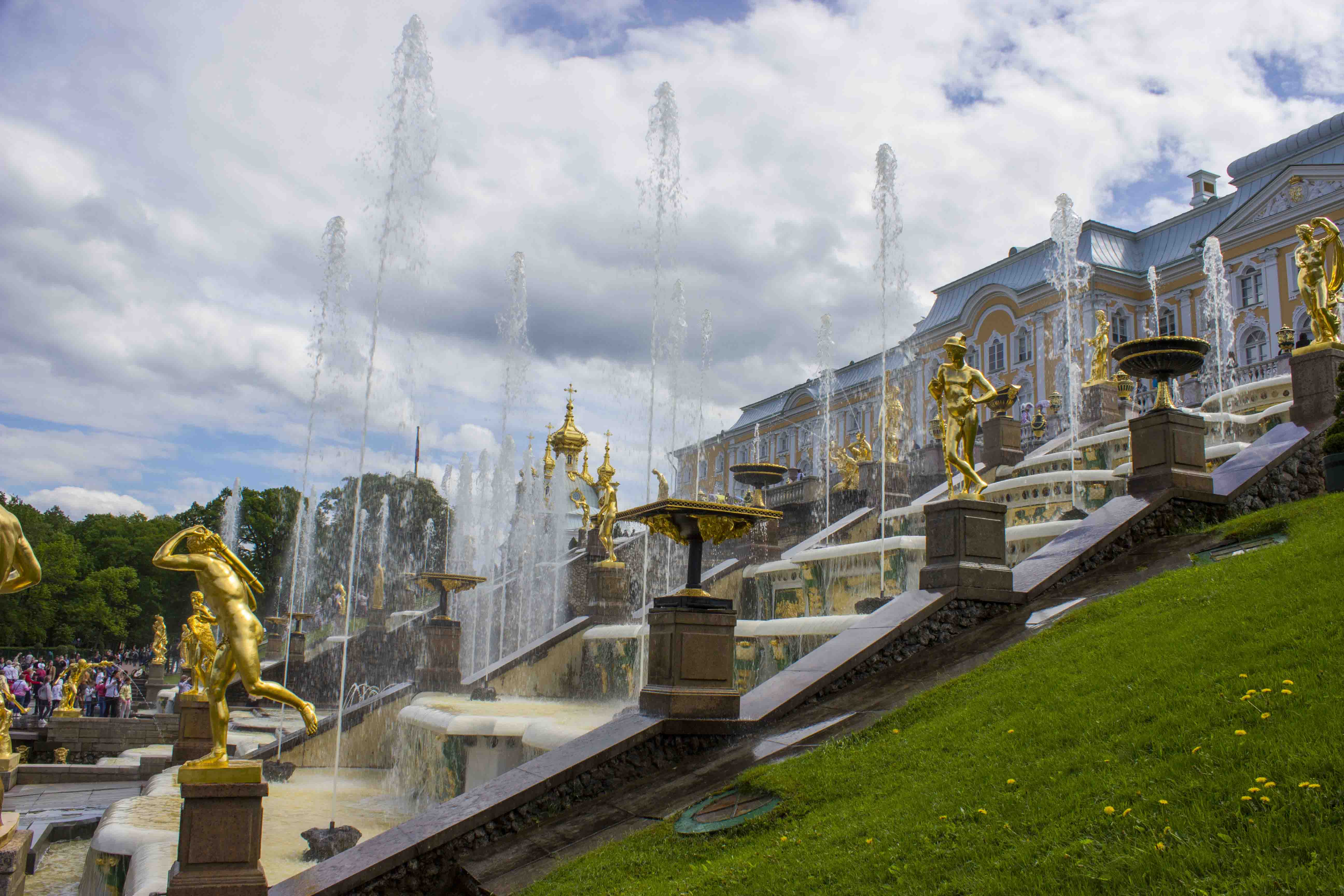 What’s more interesting, all the fountains situated in Peterhof, work without pumps. The fountains located in the so-called Lower Gardens are supplied with water form tanks which are in higher elevations of the complex (so called – Upper Gardens). 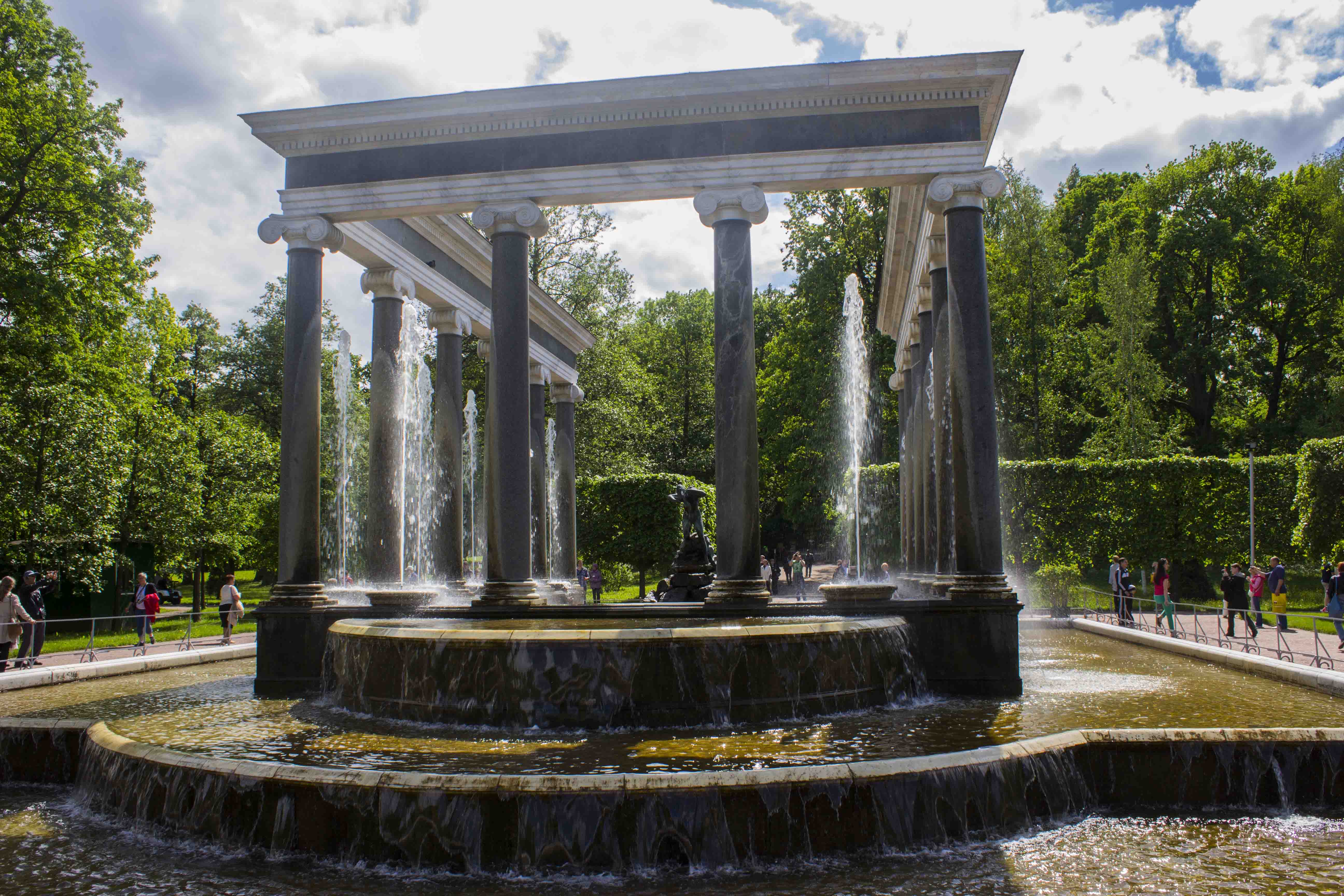 Height difference makes adequate pressure of the water in order to keep the fountains. The Samson’s Fountain is supplied with a special aqueduct with the length of about 4 km, thus it squirts water at the height of 20m without pumps.

Second place which I had to see during my visit in st. Petersburg was Tsarskoye Selo. 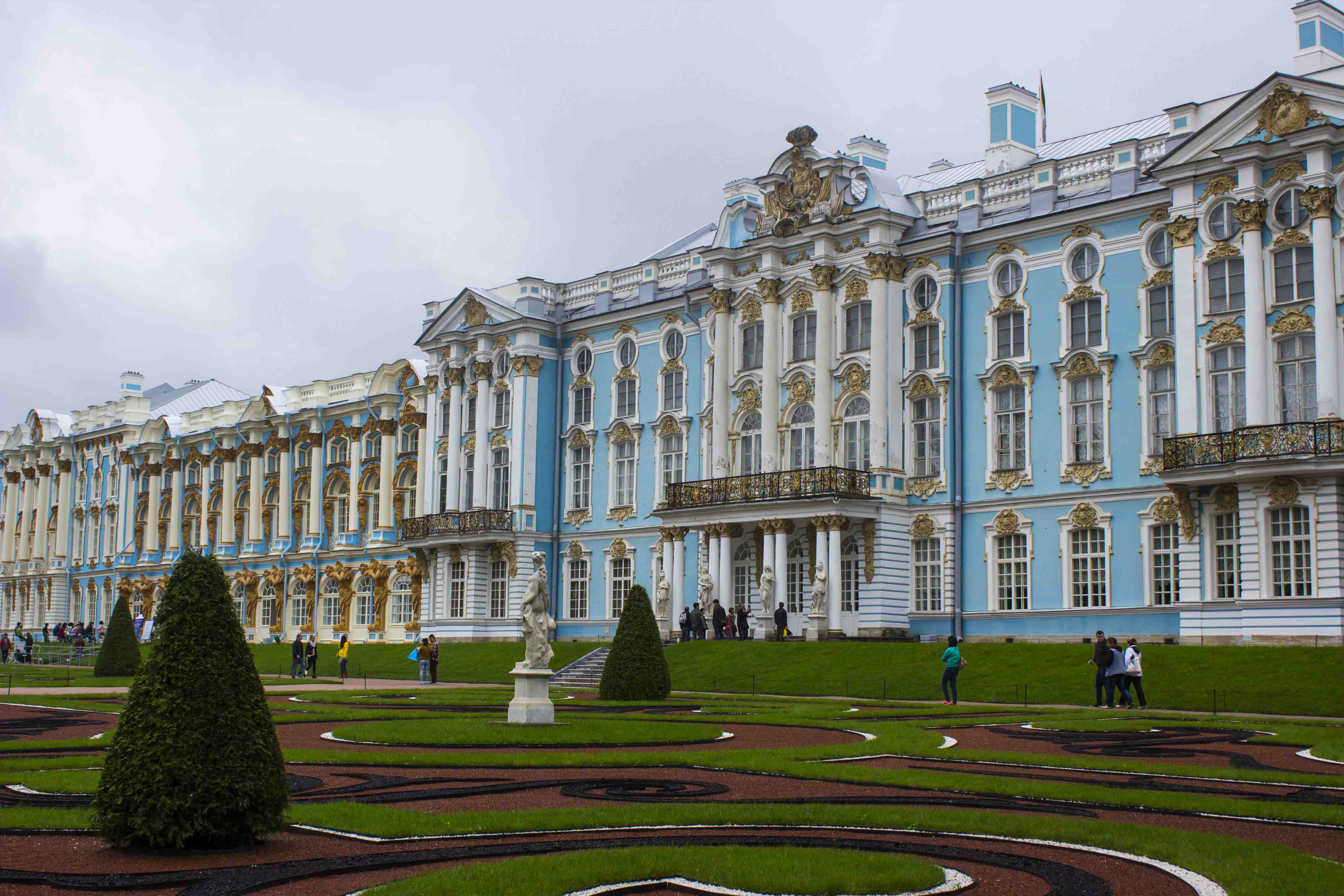 It’s located approximately 20 km from Petersburg in the village of Pushkin. Complex was built in the early eighteenth century, at the initiative of the empress Catherine. It is said that approximately 100 kg of gold was used to decorate it, but this quantity should not be surprising, looking at the Peter’s mansion. 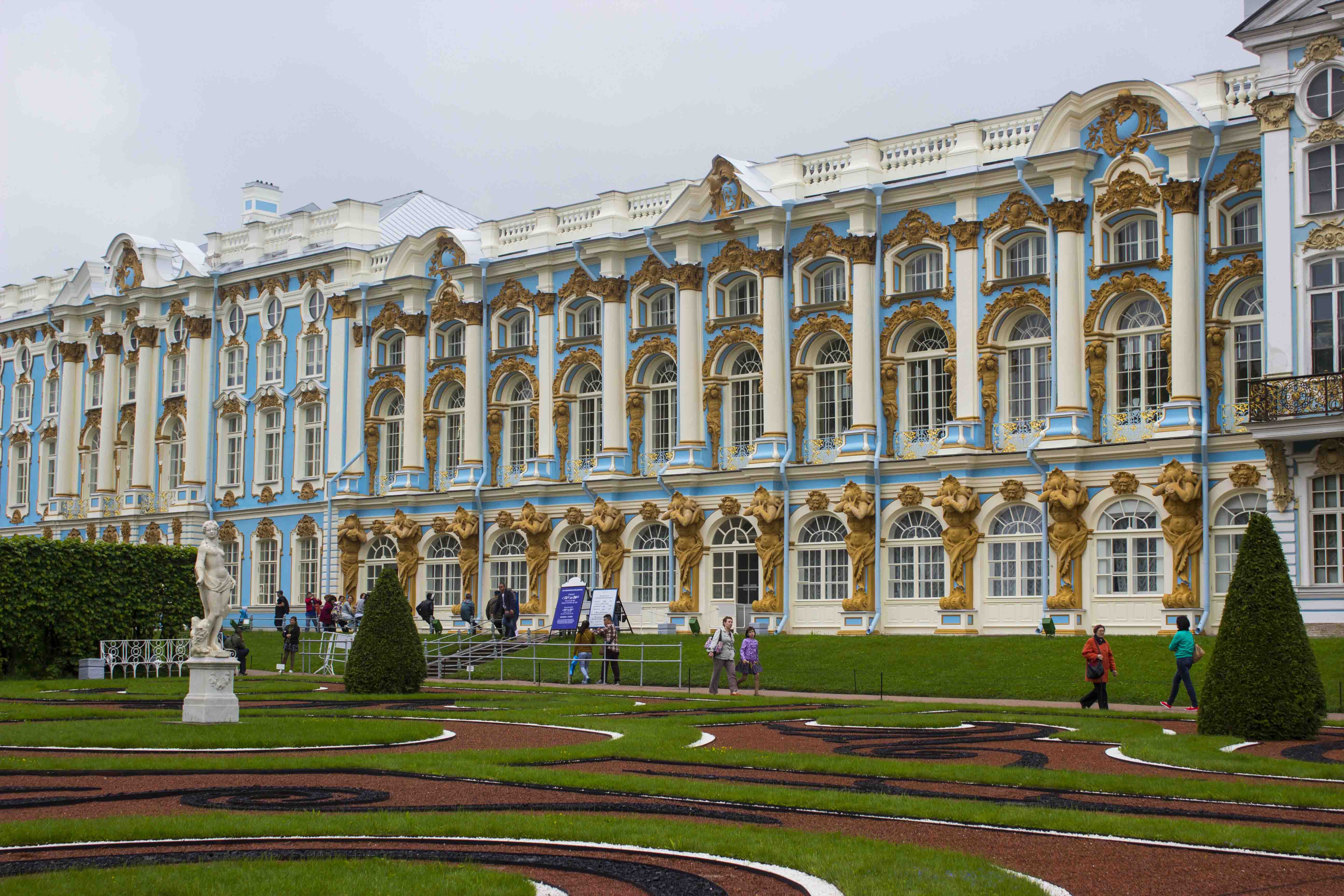 The main residence here is blue Catherine’s Palace, which is surrounded by a huge garden, with the big pond in the center. 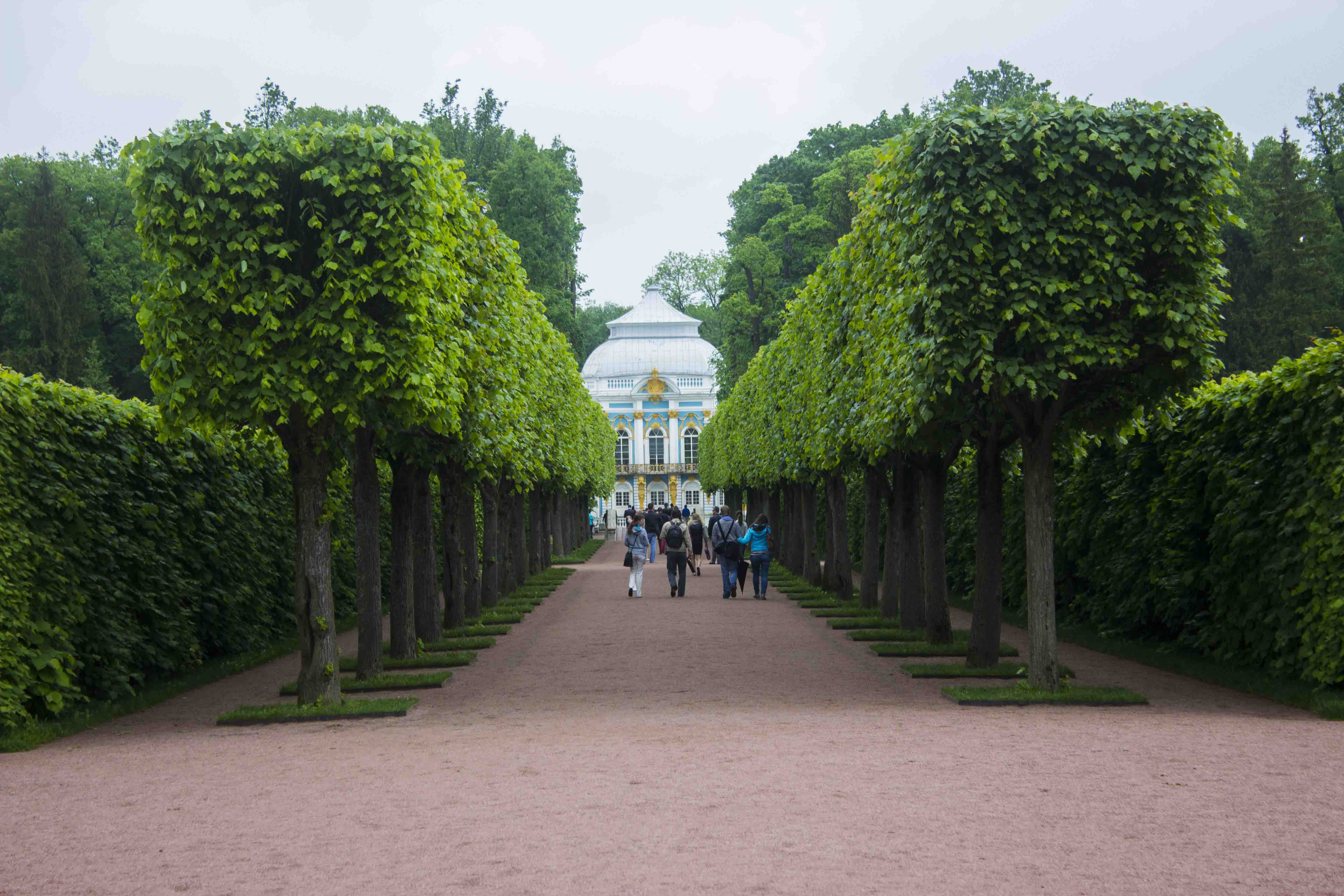 In addition to Catherine Palace, there are also numerous buildings typical to Turkish or Chinese architecture. 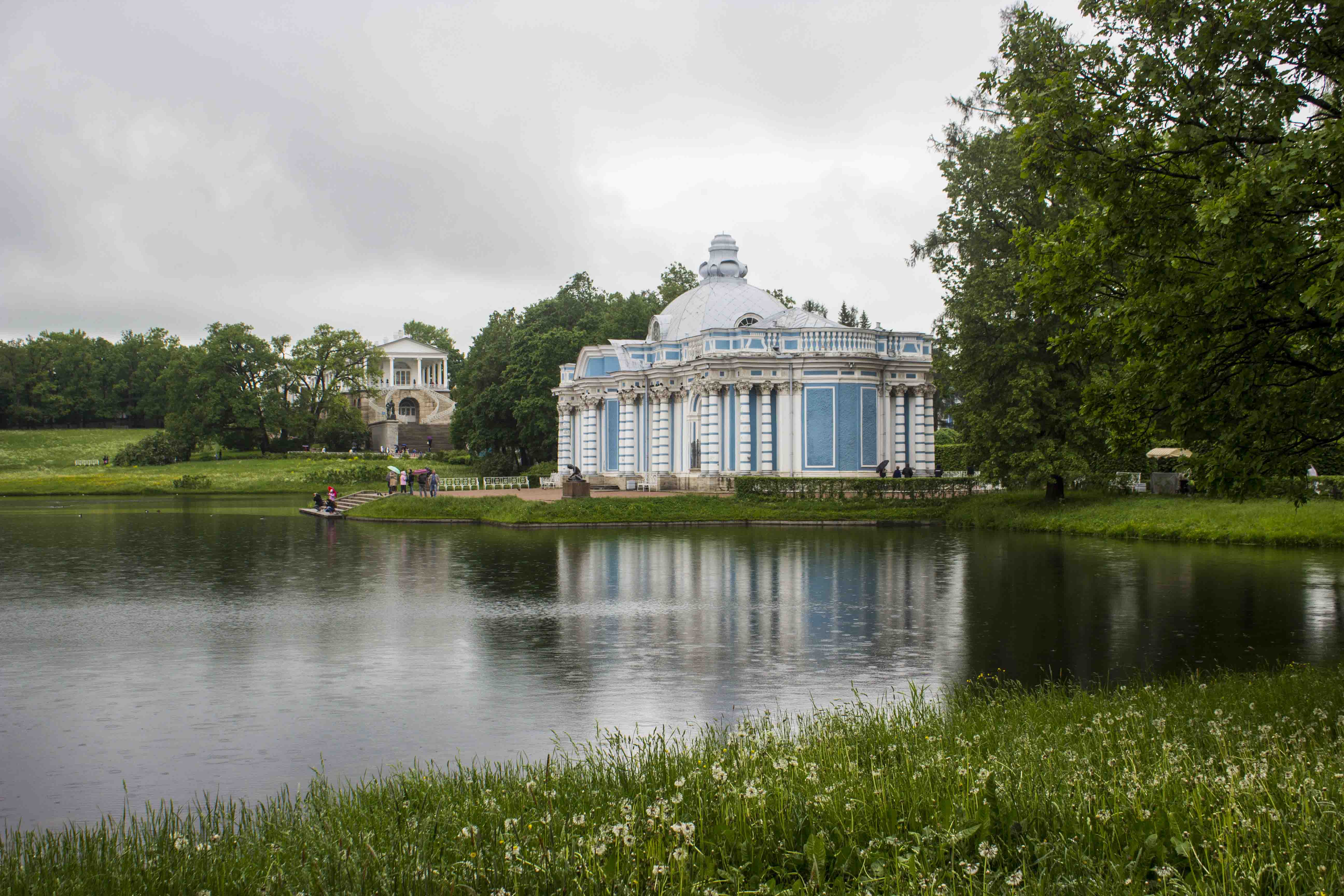 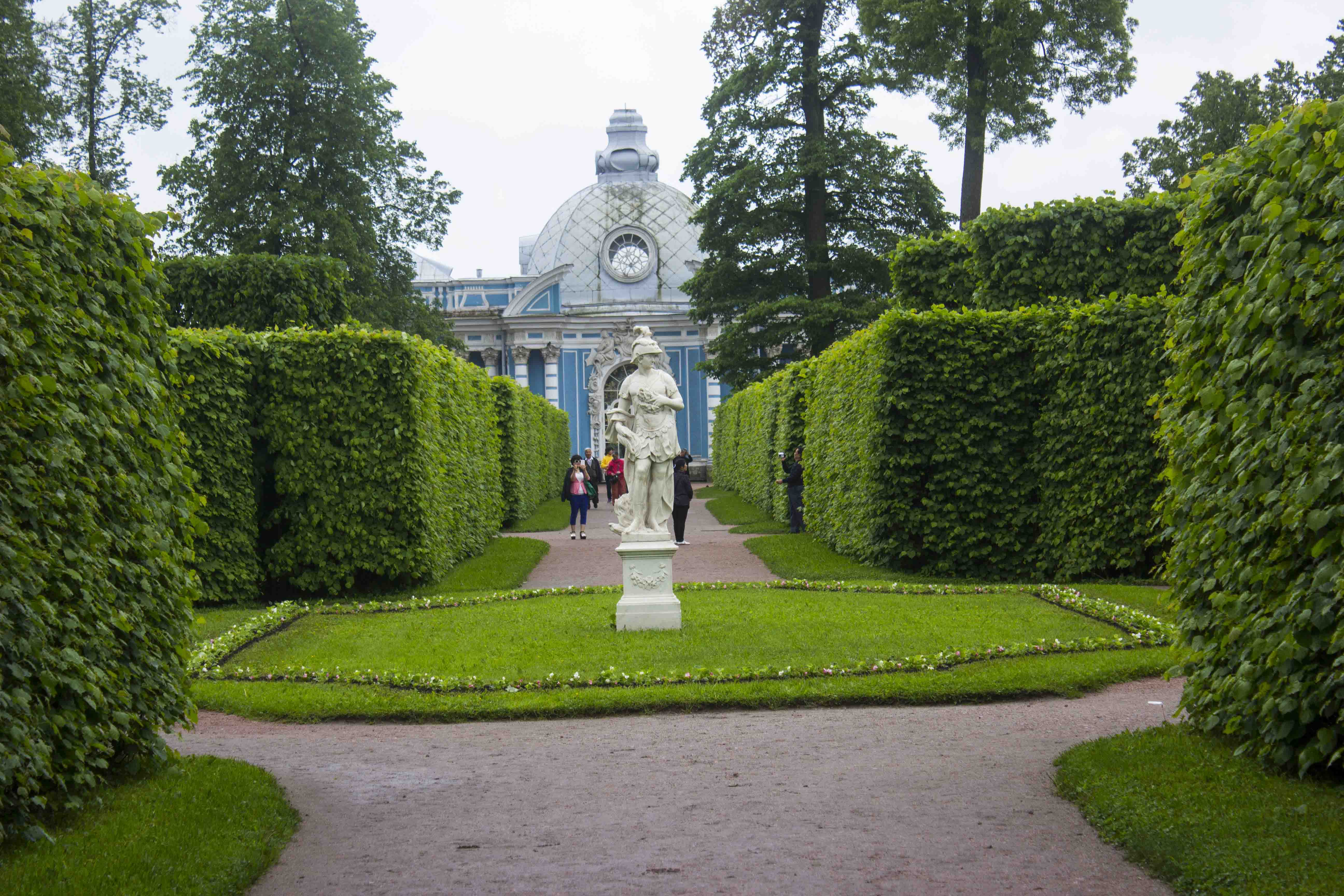 The best way to get to Tsarskoe Selo is taking minibus called Marshrutka (no. K-286 K-287 K-299 K-342) which runs form Moskovskaya Ploshchad, located next to Moskovskaya metro station. Travel time is approximately 30 minutes. The other option is to travel by train from station Vitebsk to Pushkin, then you should take a bus no 371 or 382. More info you can find here. 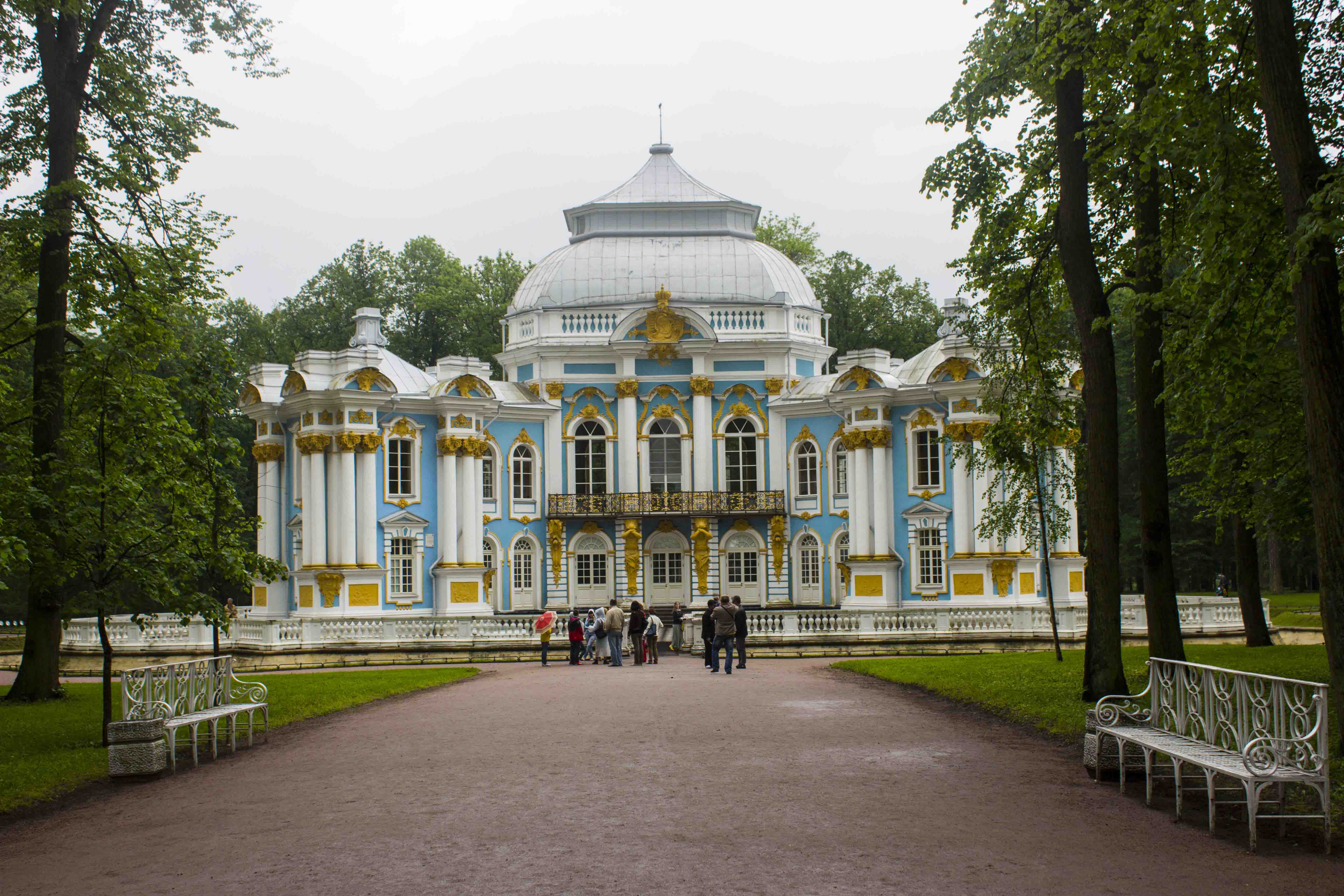